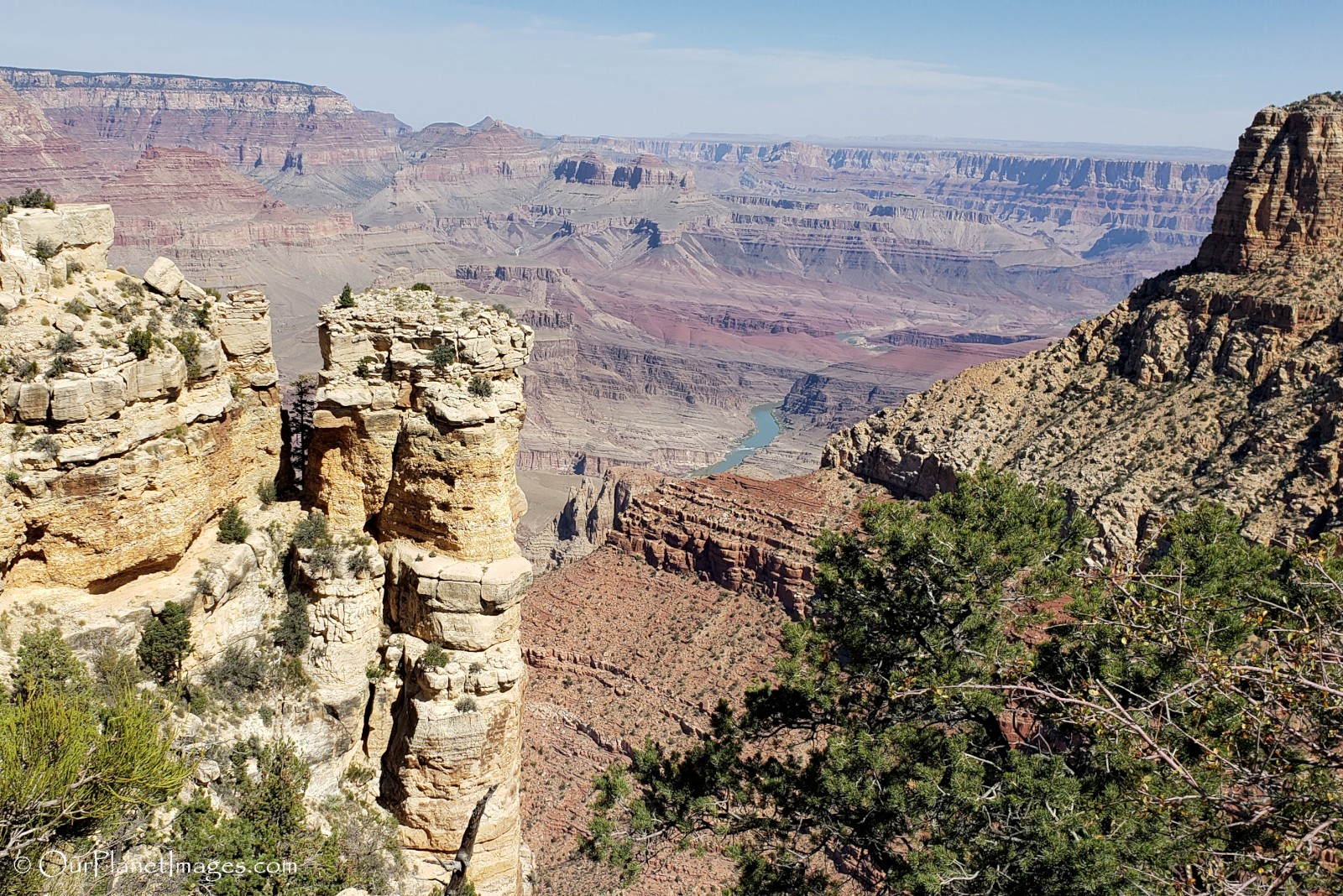 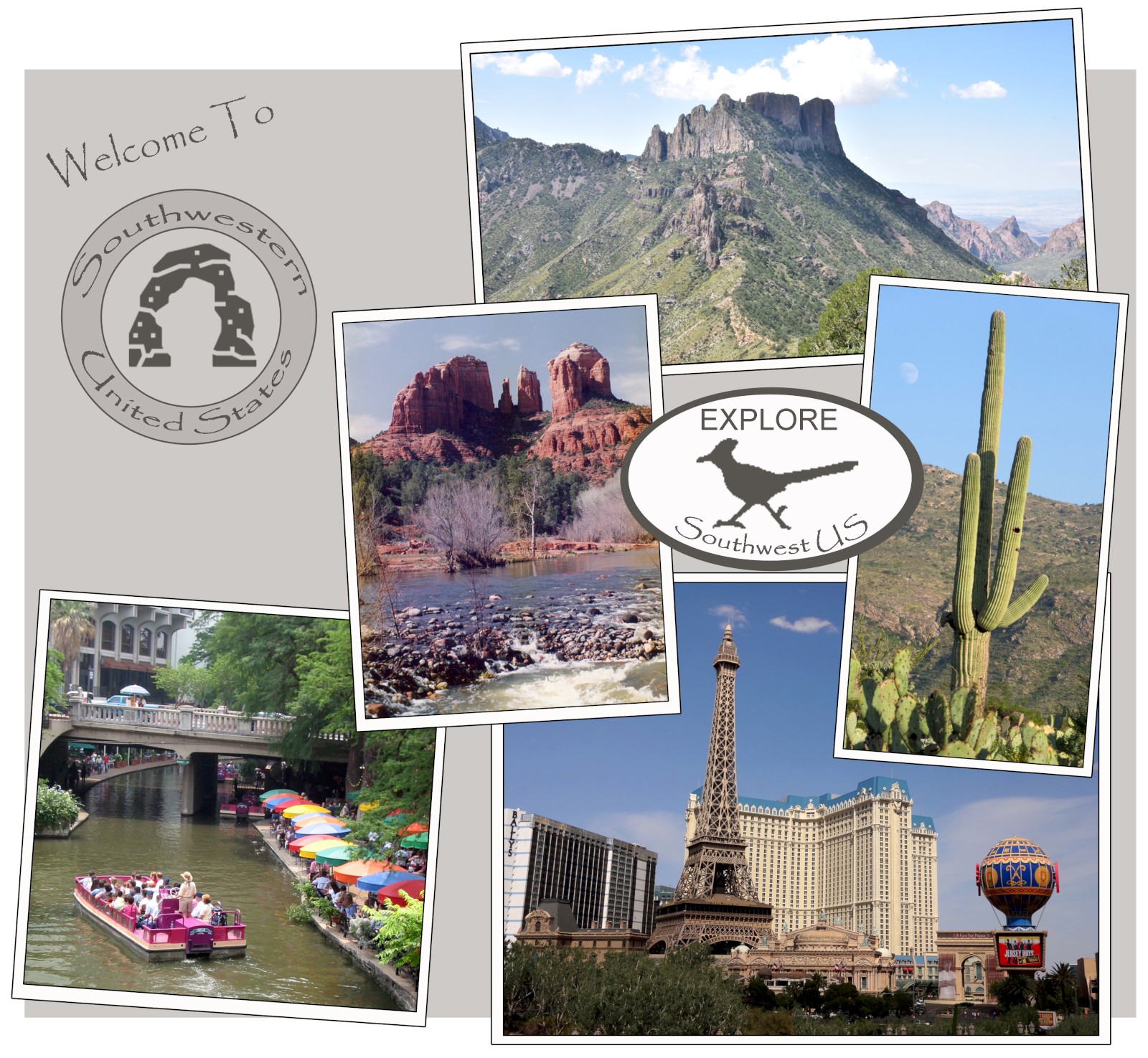 The Southwest Region of the United States is comprised of the states of Arizona, Nevada, New Mexico, Texas and Utah. The American Southwest is rugged, picturesque, and filled with American History. Visitors are lured to the southwest partial because of the old west legends and to experience the vibrant mix of Anglo, Latino, Hispanic and Native American cultures.

The southwest is known for its arid deserts, natural wonders and spectacular panoramic views. The geography of the southwest is dramatically diverse and it changes from one impressive natural terrain to another very quickly. Some of these amazing natural features can be experienced in the regions 13 National Parks and countless State Parks.

Traveling to the southwest can be like going to the past, present and future all in one region. Venture back in time to see pueblo settlements, cliff dwellings and Spanish missions, enjoy communities in Arizona and New Mexico that are known for their art culture and creativity or spend time in cities that are known for embracing the development into the future like Houston and Las Vegas.

The southwest was settled by people that had a pioneer spirit. They came because they saw great opportunity, they were adventurous and they had the courage to explore. I would say that the southwest is still a place for people with those qualities.

Traditional Foods in the Southwestern States

The difference between southwestern foods and Tex-Mex can be confusing because many of the names of the foods are the same. The main difference is the style they are cooked. Southwestern style dishes use blue corn, beans and peppers and Tex-Mex style is heavy on the cheese (queso). Whichever style you choose, they will both enhance your southwestern trip experience.

Some traditional southwestern foods that should be enjoyed during your travels in the southwest are: 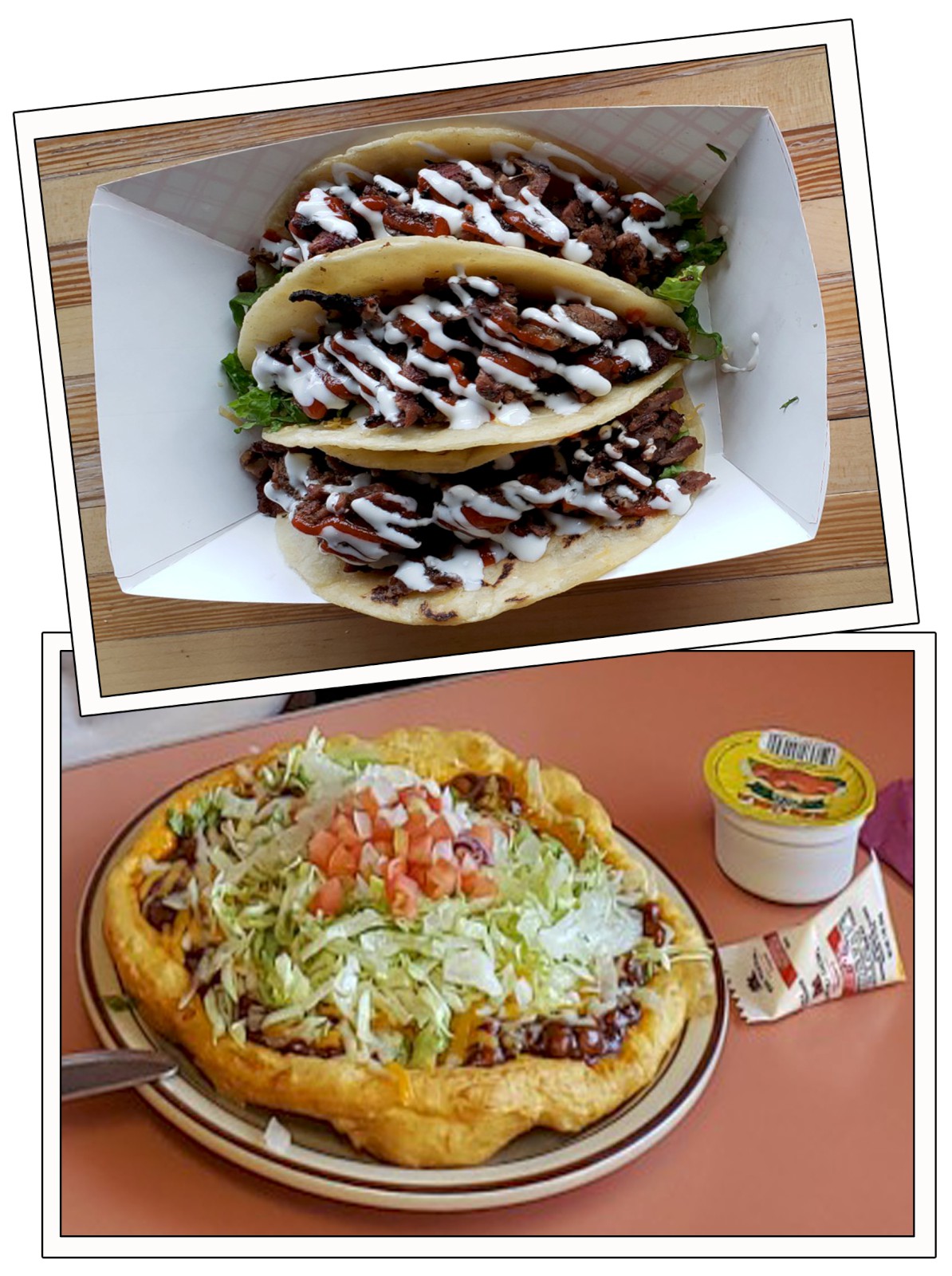 It wouldn’t be a true southwestern experience without enjoying several of these during a trip to the southwest!

The list below are the places and events that I think are the best attractions in the southwest. This list does not include National Parks and other parks because there are so many great parks that I have created a complete section only for parks. 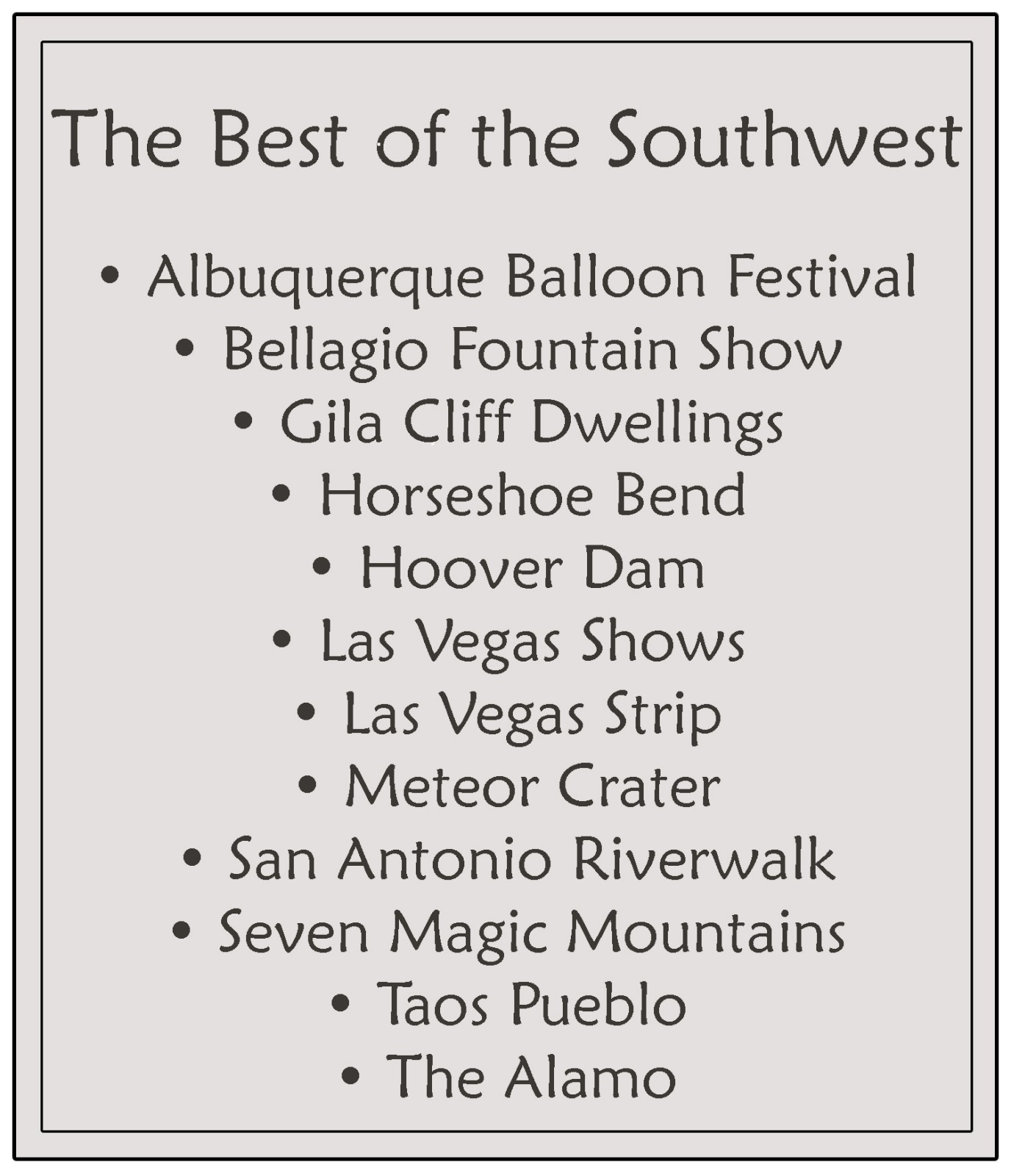 Two of my favorite non-park experiences in the southwest have been visiting Hoover Dam and seeing Las Vegas shows. These are good examples of attractions that can be seen during the day and at night.

Hoover Dam is a short 30 minute drive from Las Vegas and it makes for a great daytrip. There is no way to visit the Hoover Dam without being impressed. If you look at the dam from the discharge side it is mind-blowing to see how huge the dam is and then it is equally impressive to see the construction technique of building the dam into the natural canyon. When you look over the top of the dam and see how much water the dam is supporting there is no way to think anything other than “how can a dam support that much water?” 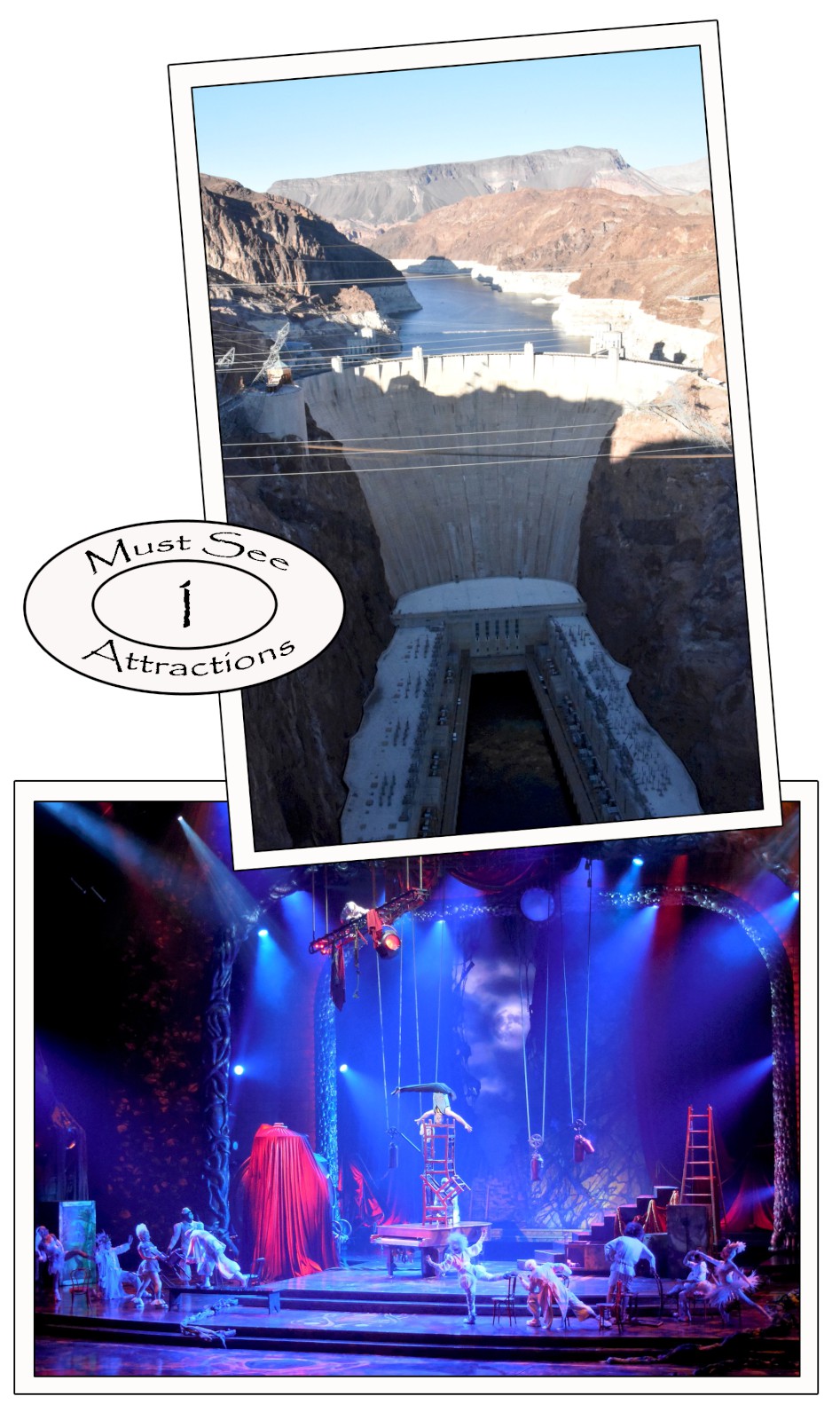 There is a reason that Las Vegas has been called “The entertainment capital of the world.” World class entertainers and performers have set up residency in Las Vegas and preform A-list acts. The variety of acts ranges from award winning singers, renowned magic acts, hilarious comedians and circus performances utilizing aerialists, acrobats and dancers. There are lots of things happening in Las Vegas but make sure to include a premier show as part of your trip. How can you go wrong with great singers, unbelievable magic, sidesplitting comedy and mesmerizing circus shows?

I always try to see one of the premier shows when I visit Las Vegas. Every show that I have seen has been wonderful.

The southwest region of the United States is loaded with nature parks. There are three types of parks that can be visited in the southwest. Most travelers going to the southwest will visit at least one national park but there are also quality state parks and some parks are located on private land such as Native American reservations.

National parks are the most visited parks in the southwest region for a reason, they are spectacular!

The list below are the national parks that are located within the southwest region of the United States. 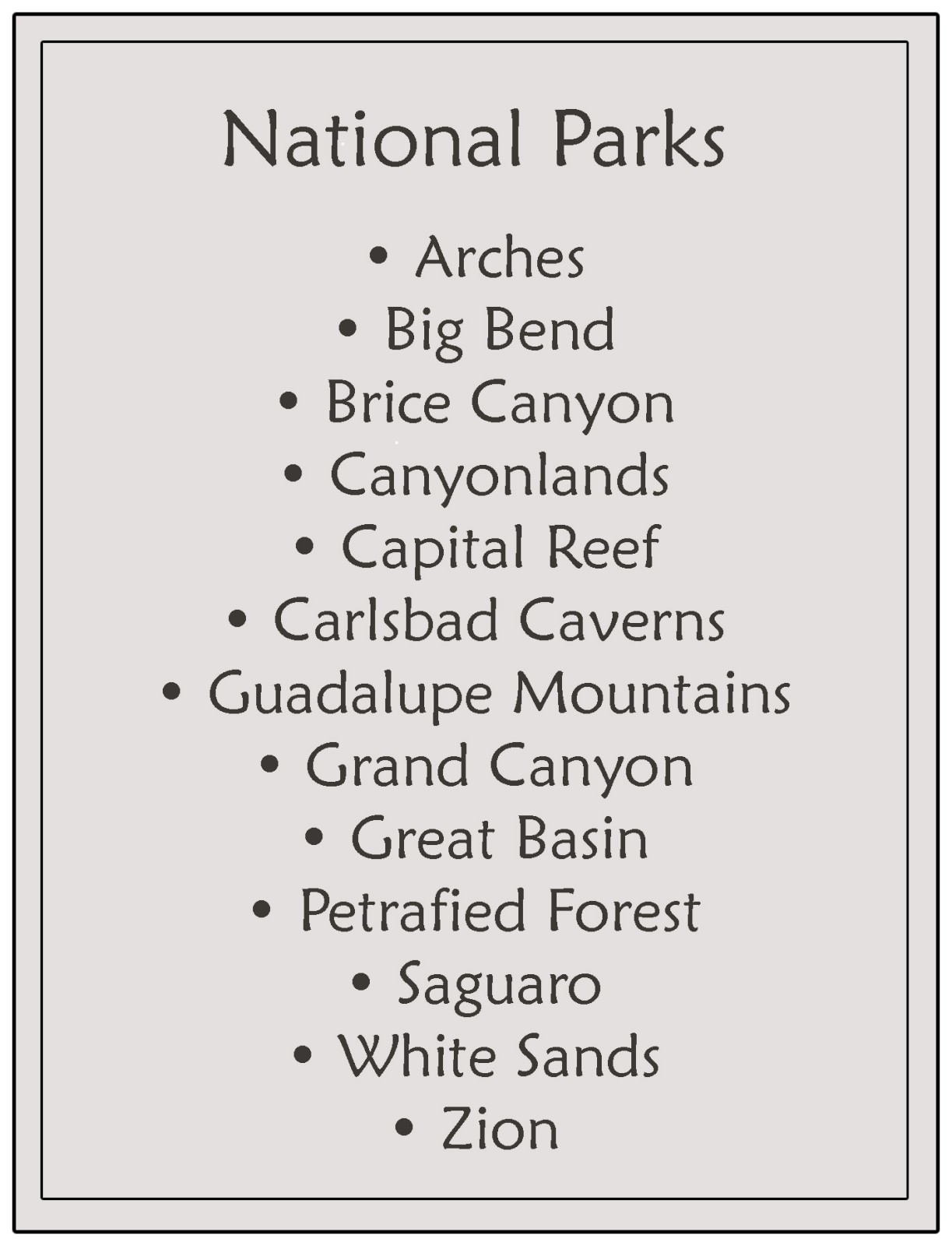 I think it is impossible to pick my favorite national park because they are all very good. Grand Canyon National Park is almost unbelievable because its size is so huge. Zion National Park is truly beautiful! Hiking the trails in Big Bend National Park was difficult but the spectacular views at the top of the mountain was worth the effort. I was surprised how pretty White Sands National Park was but most of all I just has a lot of fun. 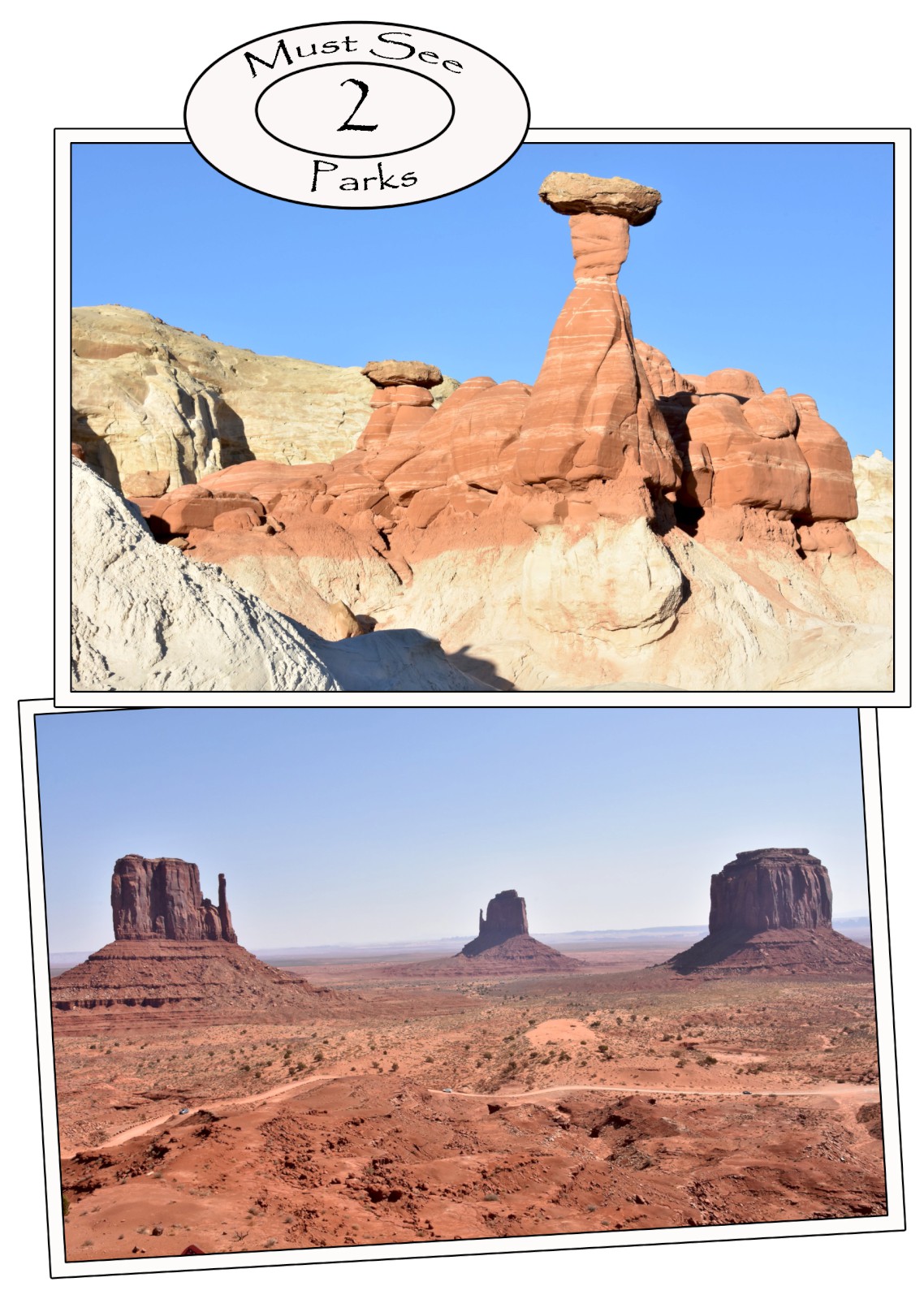 State Parks and Other Parks

The national parks in the southwest are so impressive that many of the state parks and other parks get overlooked but there are some very impressive parks that should be included in a trip to the southwest. Most of these parks are typically smaller than national parks but they still have wonderful natural features to enjoy.

The list below are the state parks and other parks that I think are the best non-national parks in the southwest region. 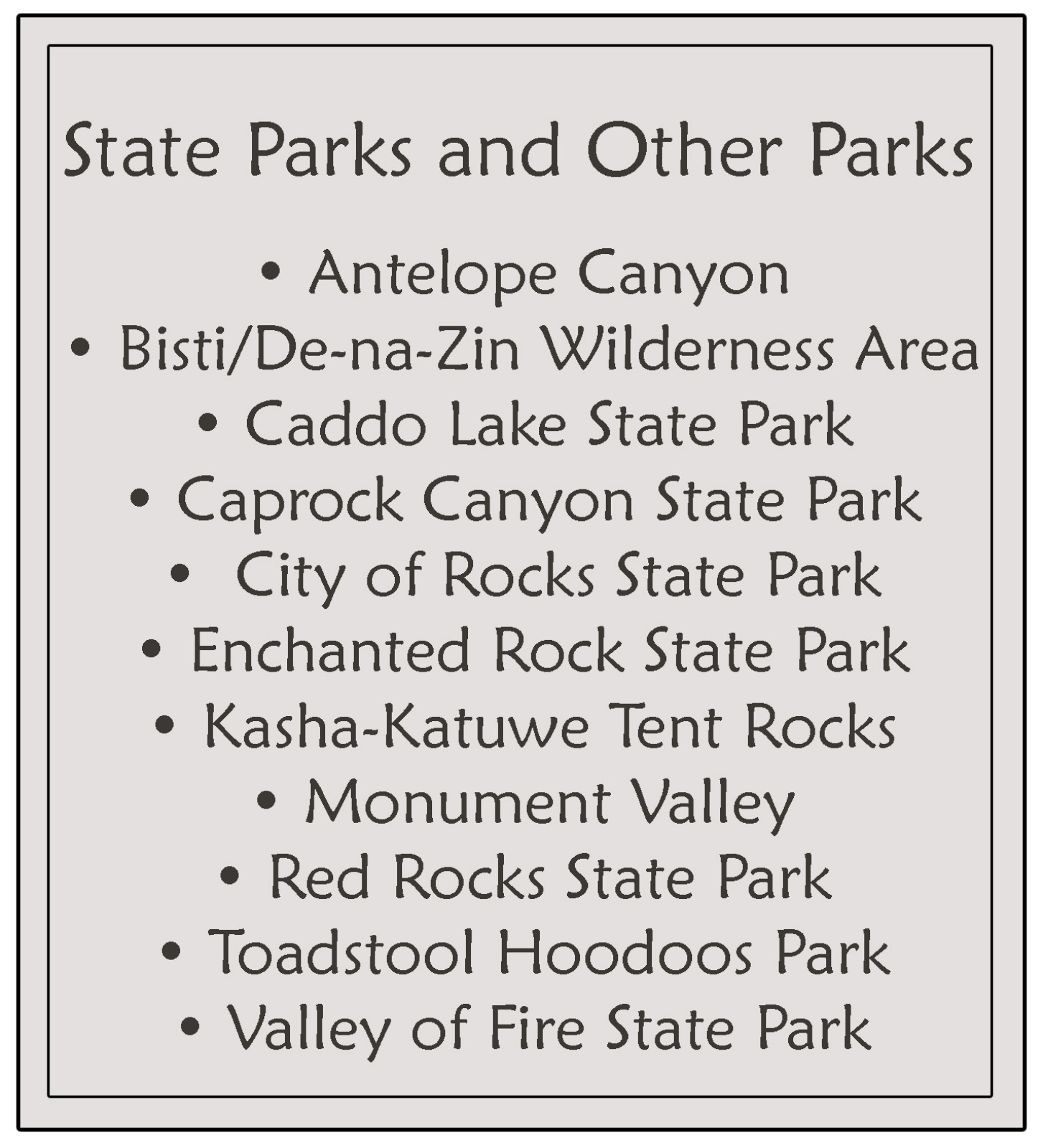 Similar to the regions national parks, the state parks and other parks in the southwest represent an amazing diversity of nature. These parks also feature some really nice canyons, an interesting bald cypress forest in the Caddo Lake waters, and some really amazing unusual rock formations.

Parks like Antelope Canyon and Monument Valley are just as famous as some national parks and they are at the top of many travelers’ lists of places to see. Some of the other parks may be completely unknown to many travelers. These parks may not be the primary attraction for traveling to the southwest but they will an enjoyable memory from a trip to the southwest.

My experiences in some of these parks have been equally as good as my experience in the national parks. Don’t underestimate the great experiences that you can have at these parks just because they don’t have the title “National Park”. 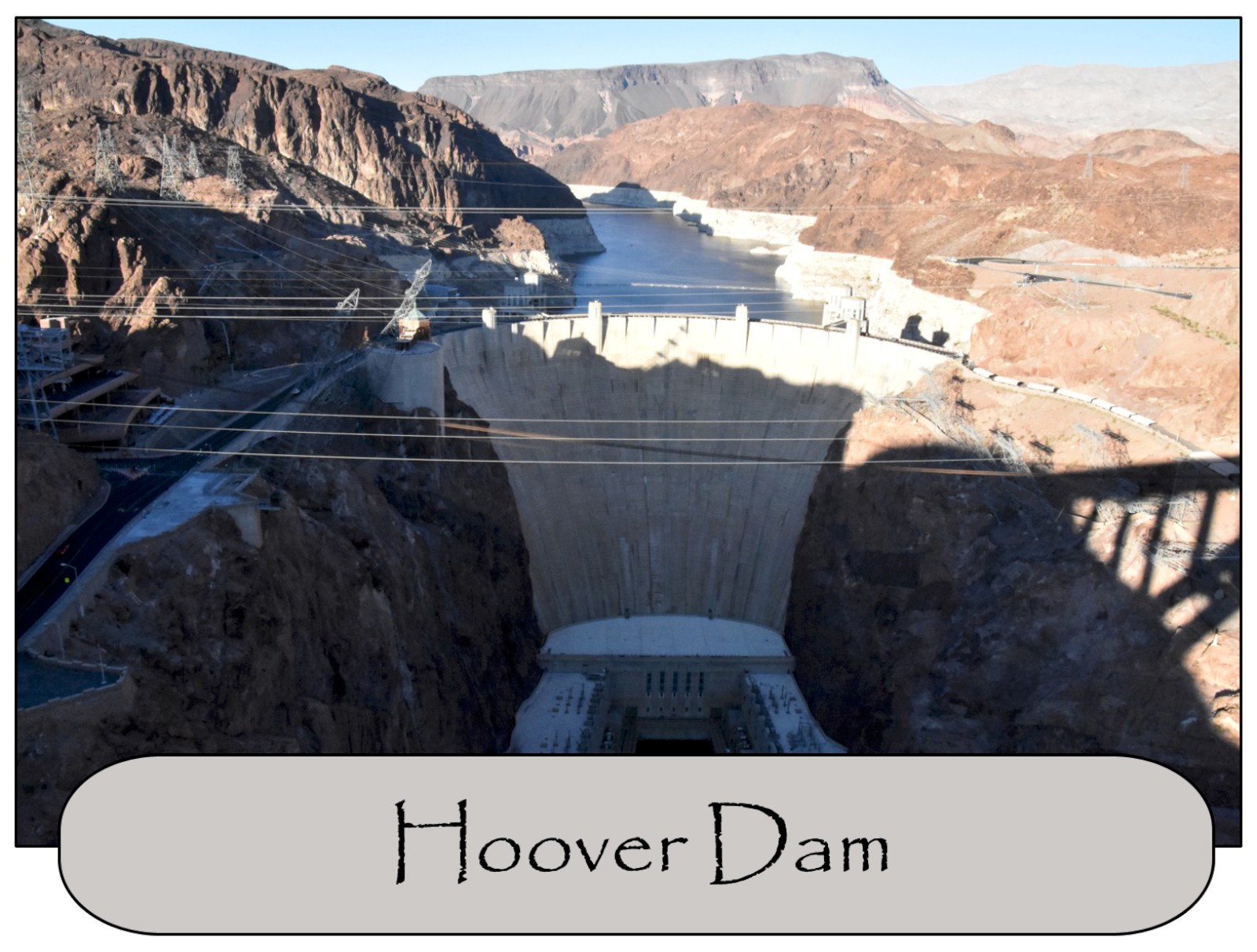 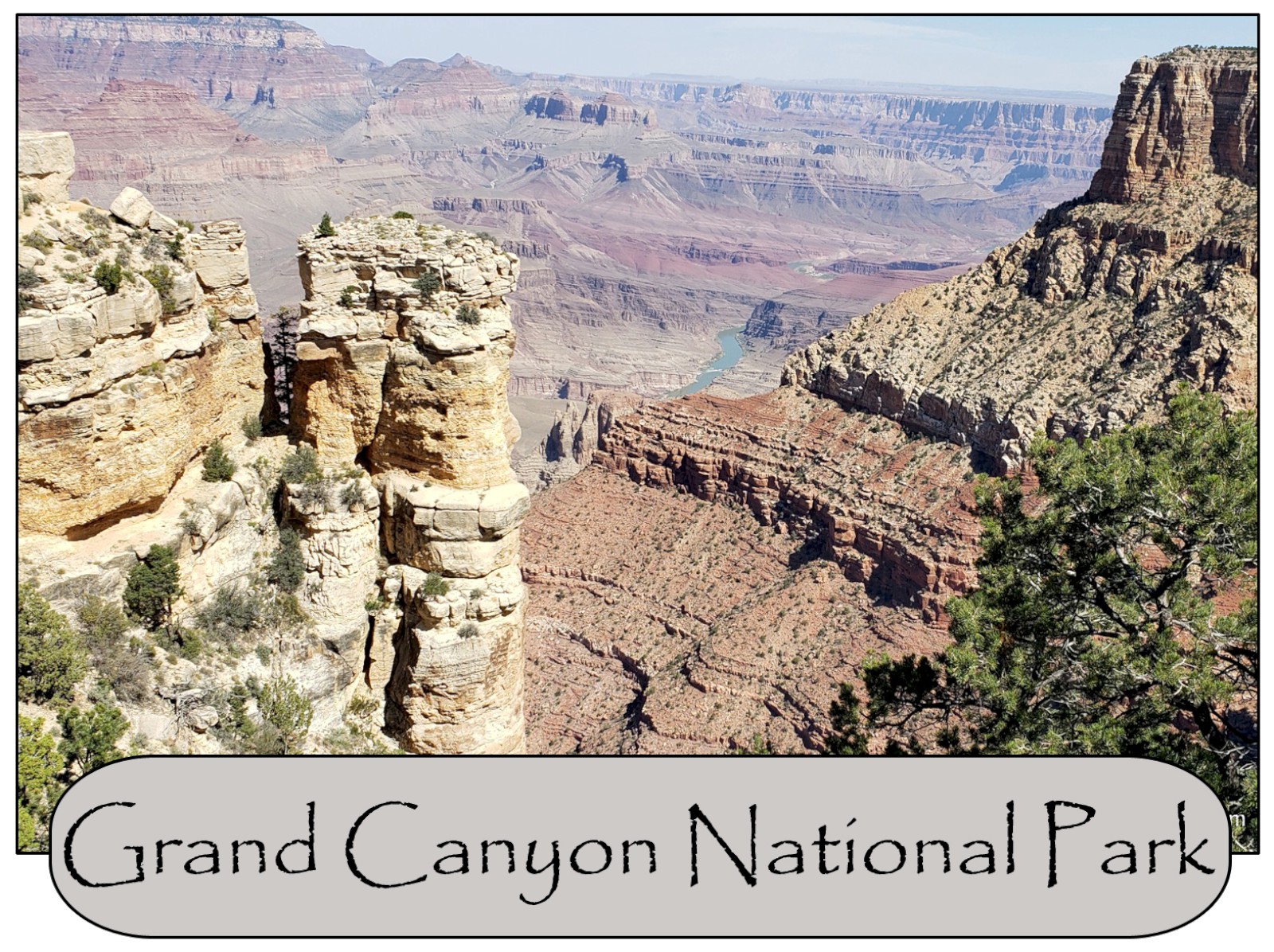 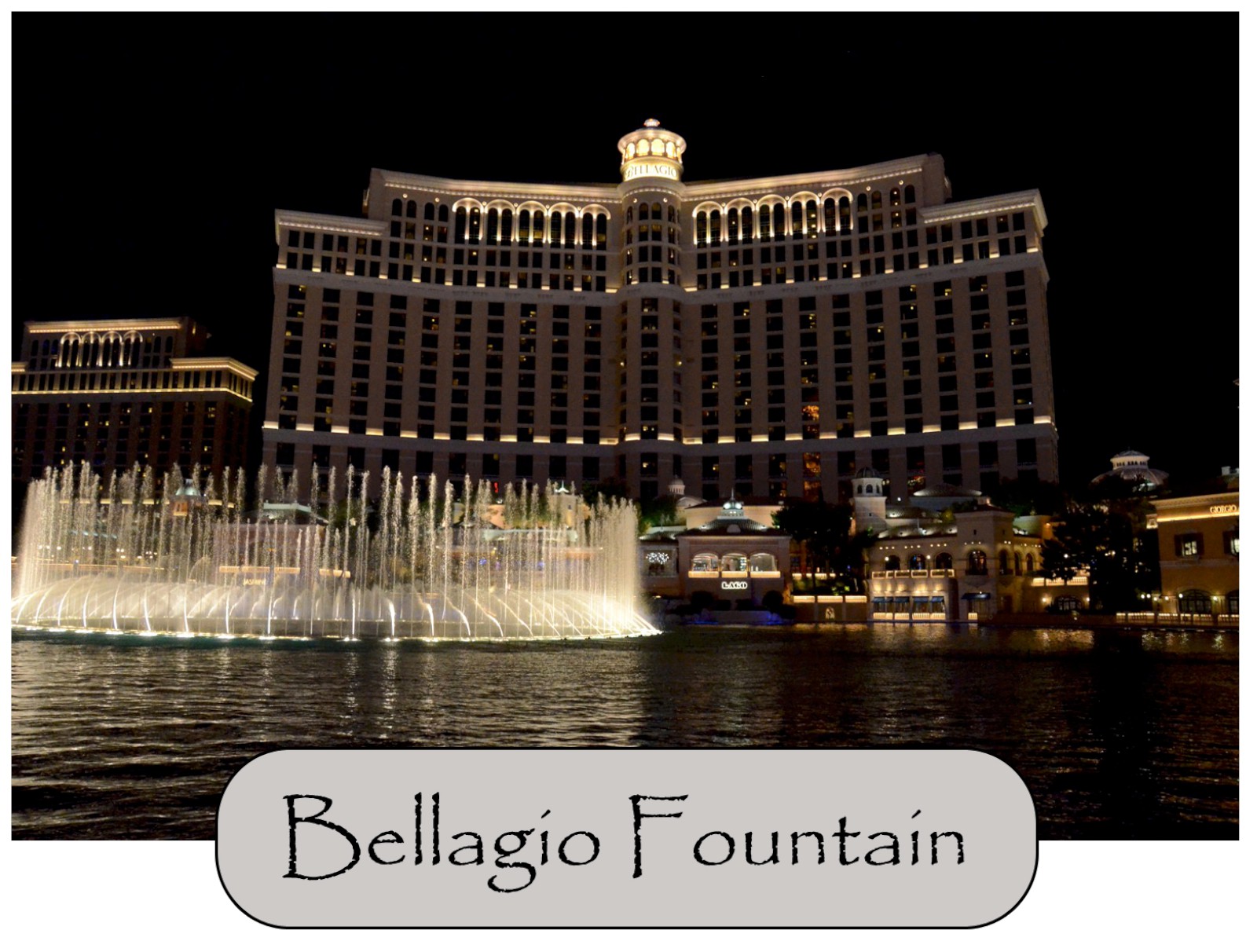 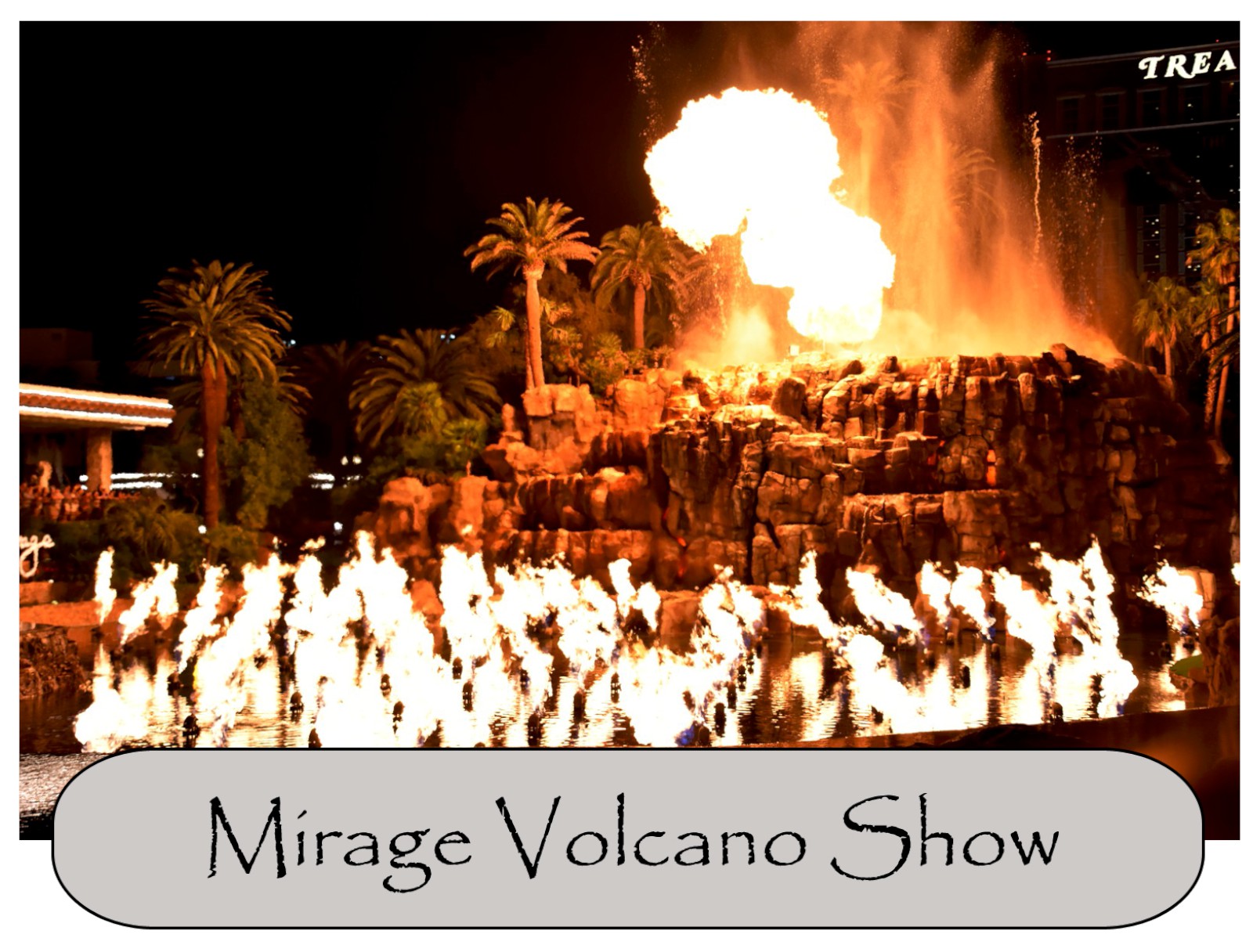 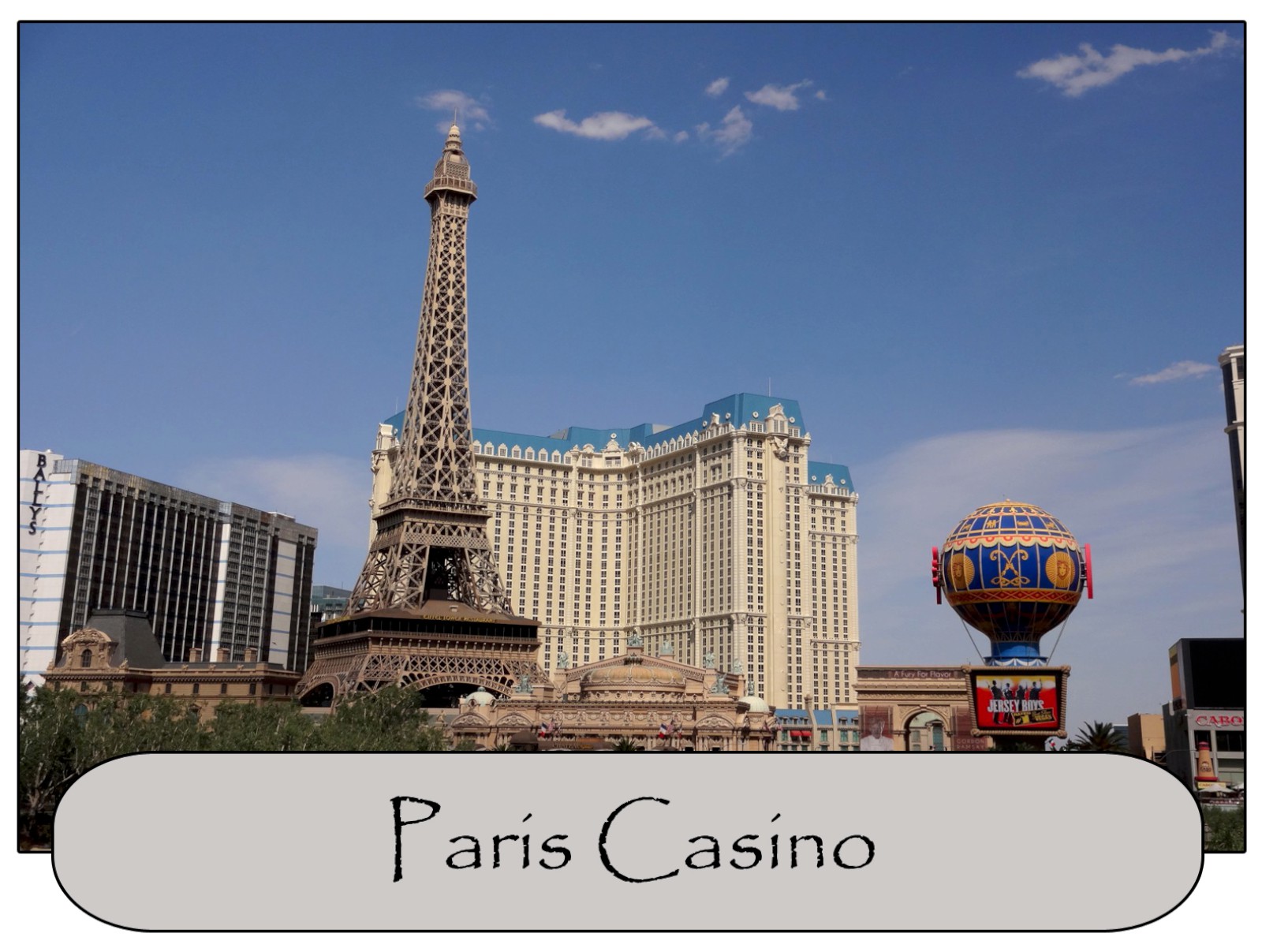 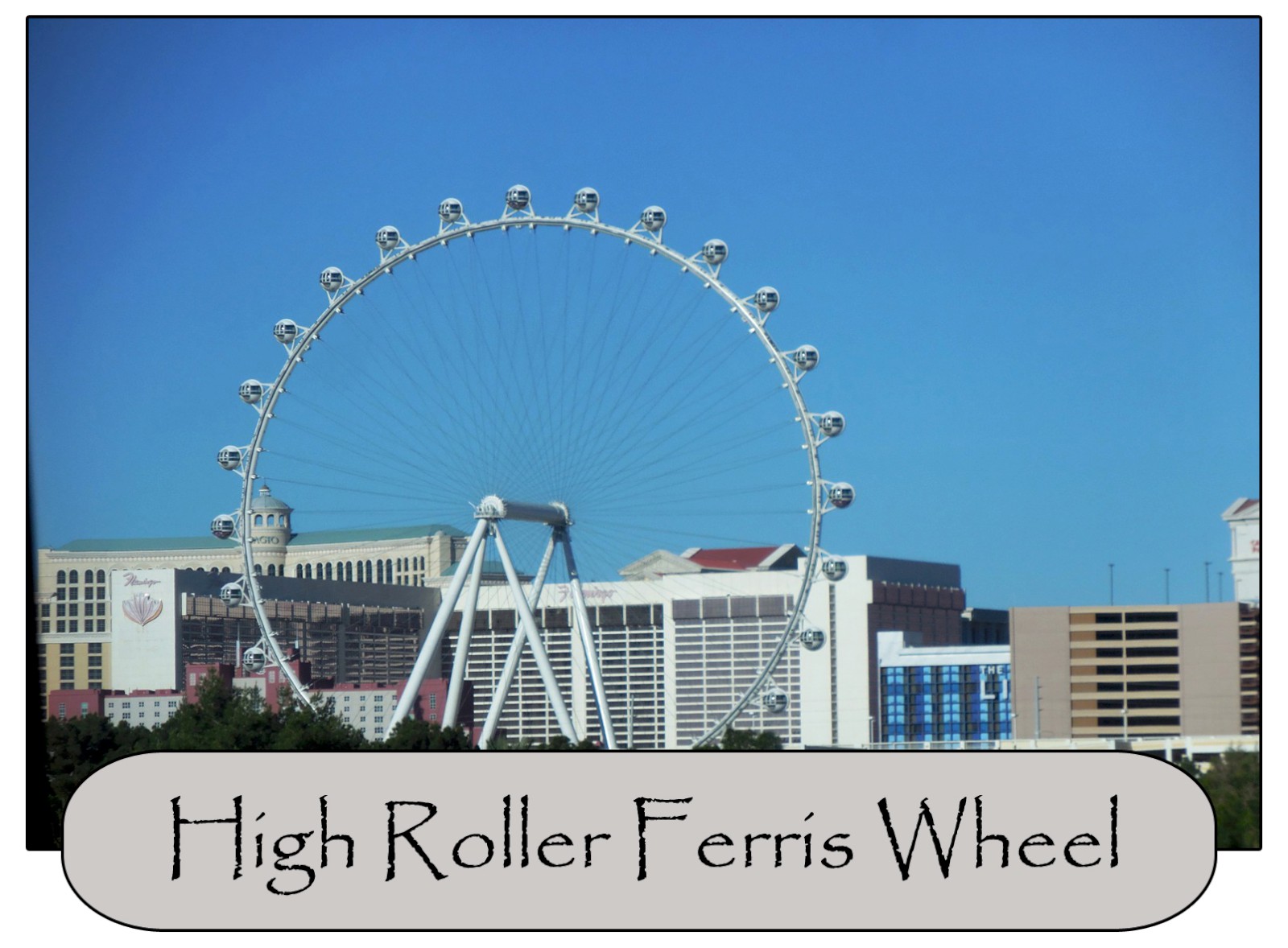 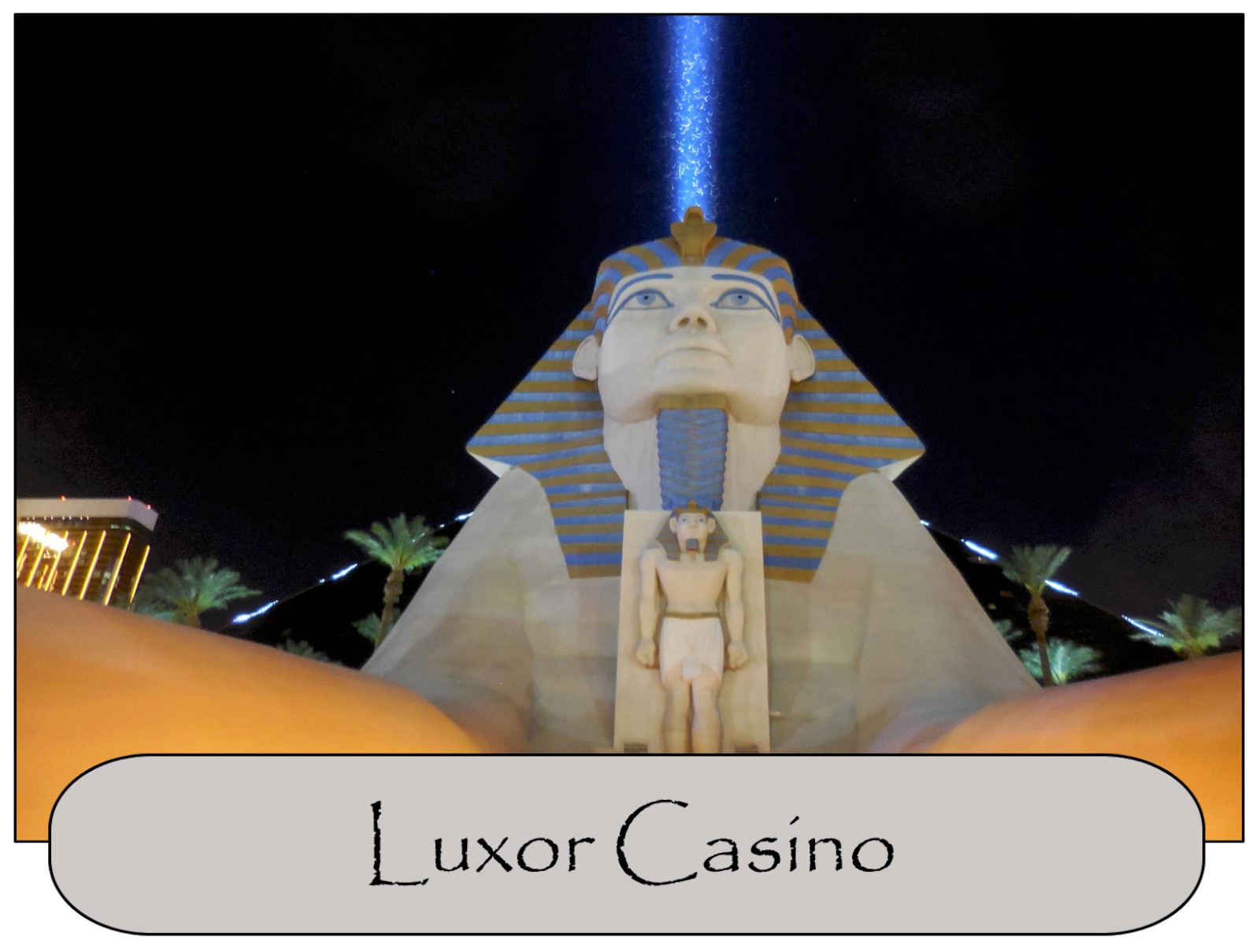 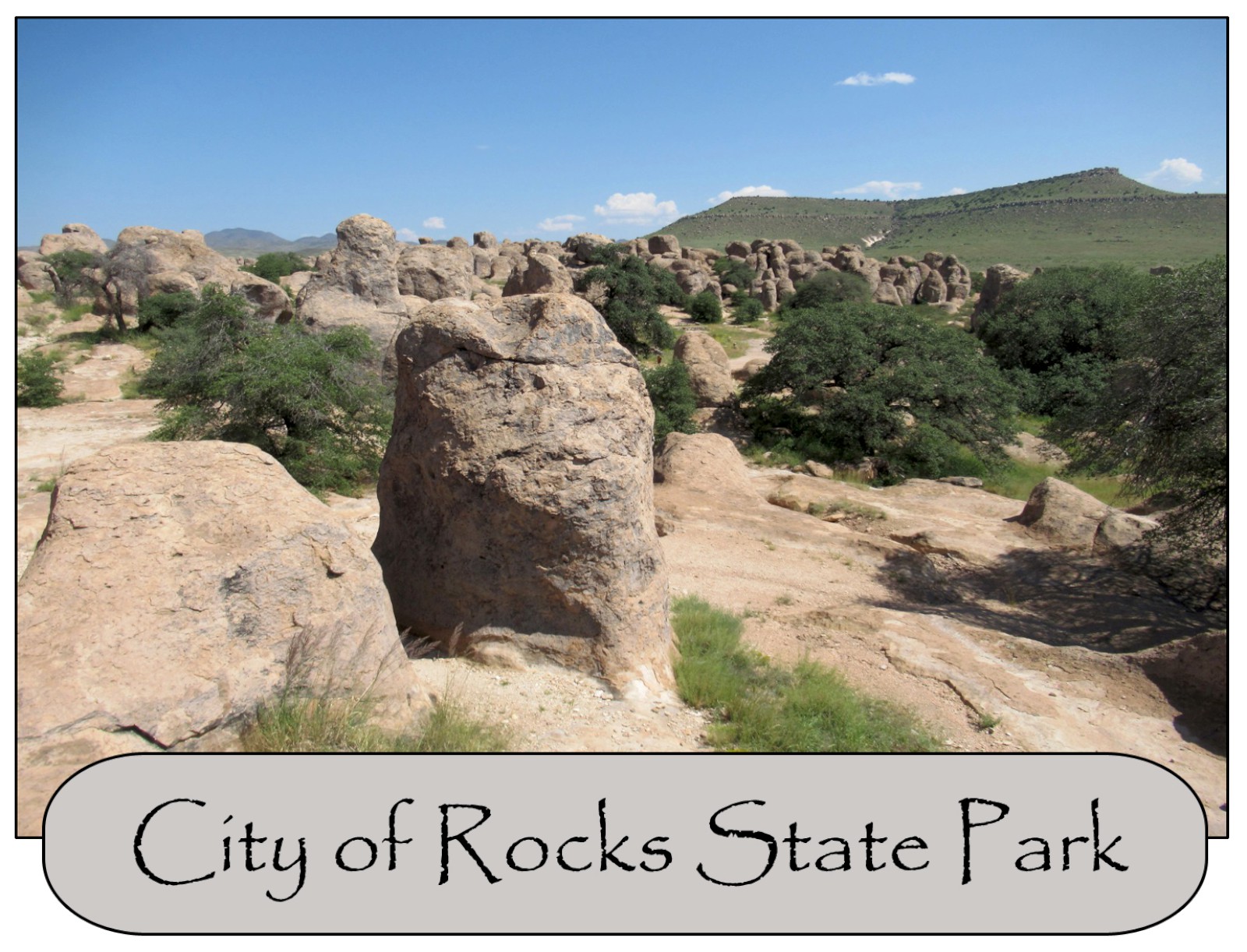 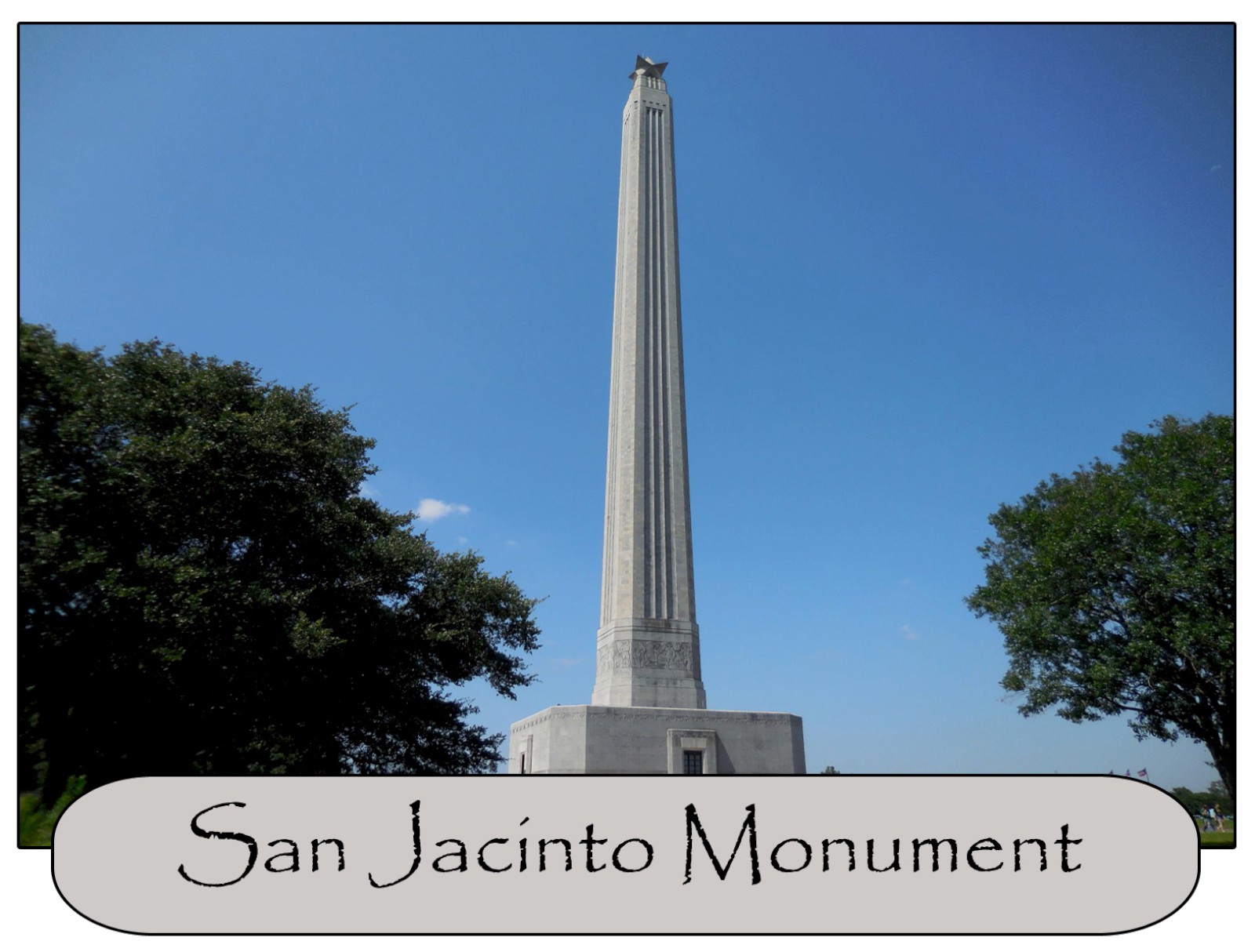 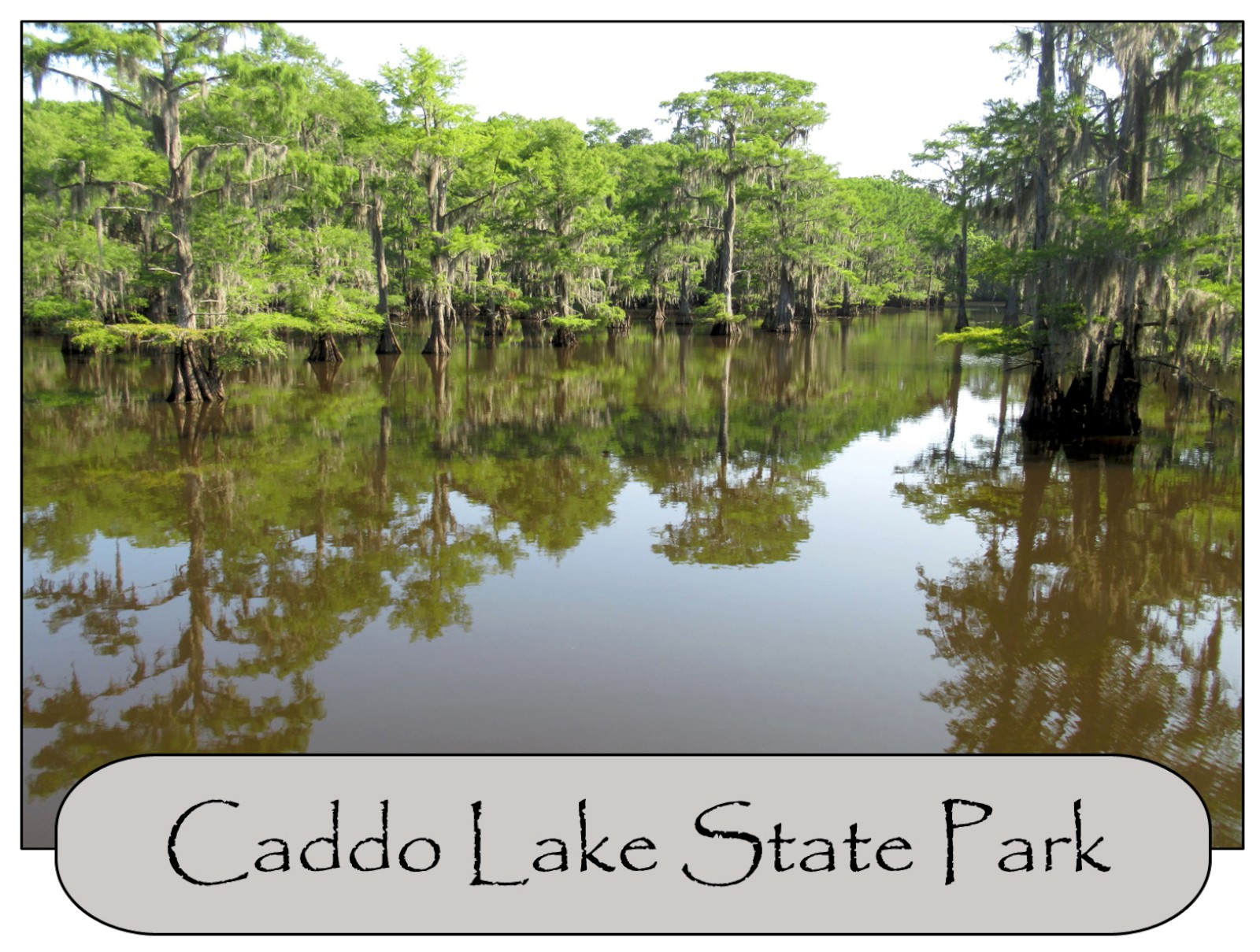 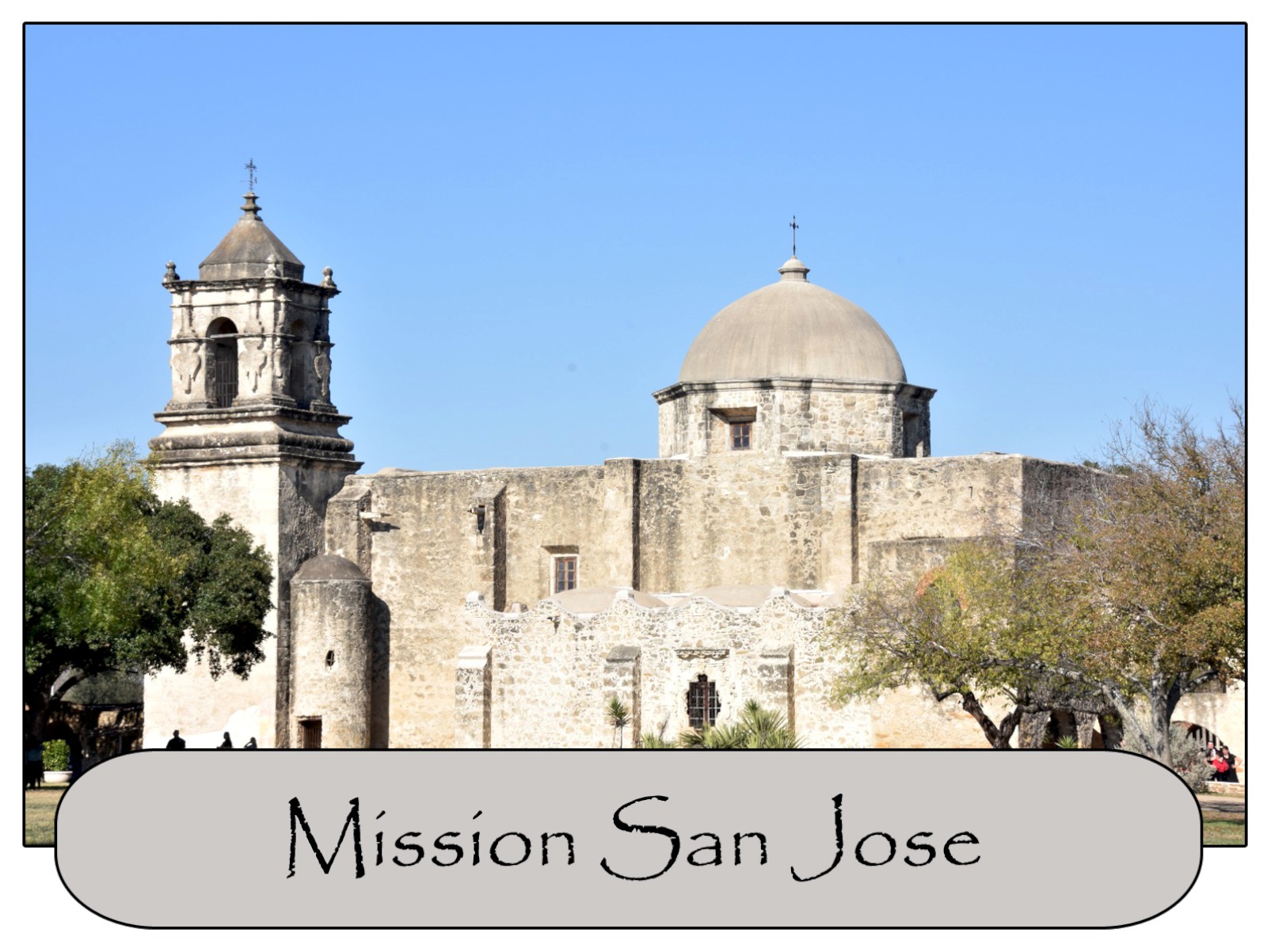 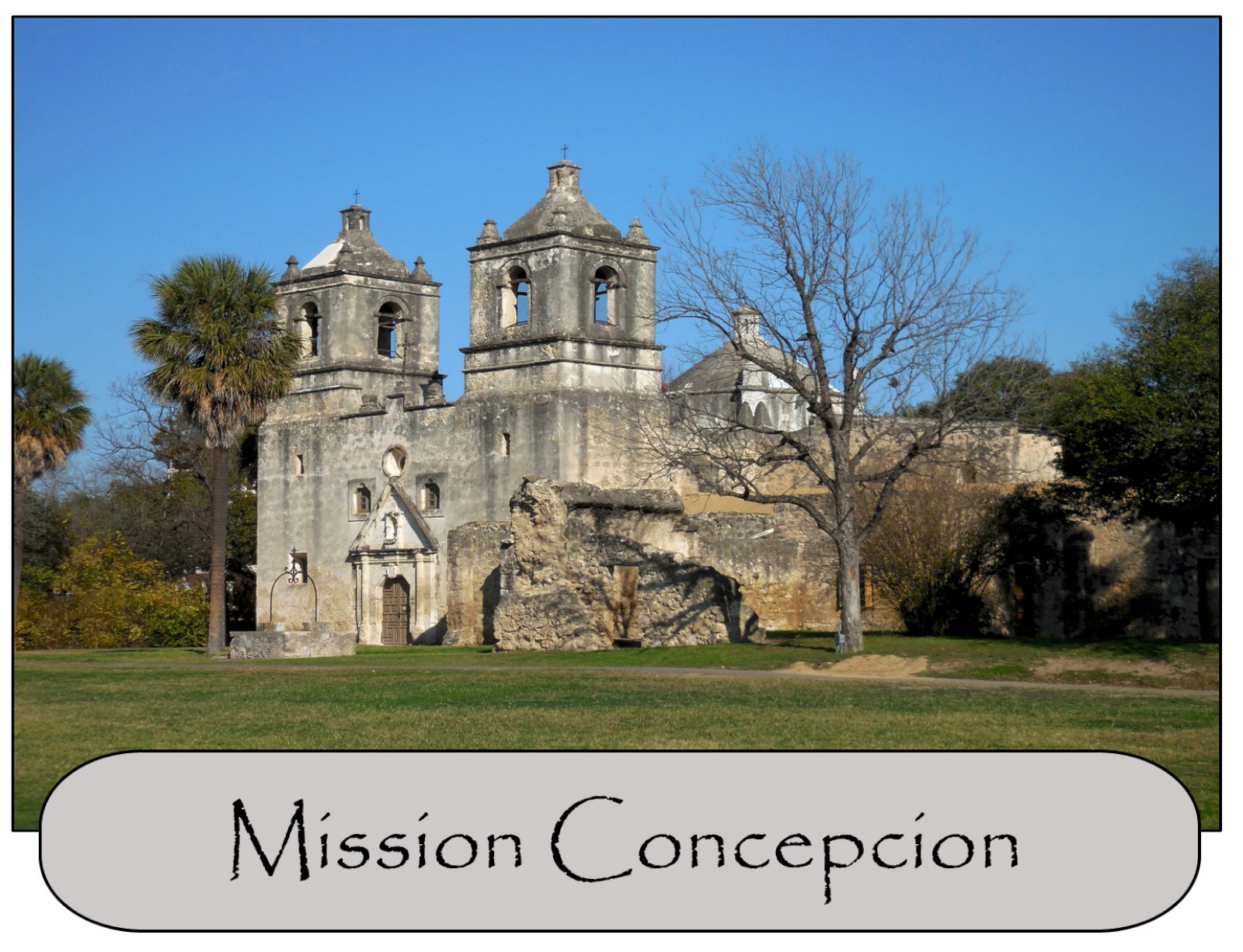 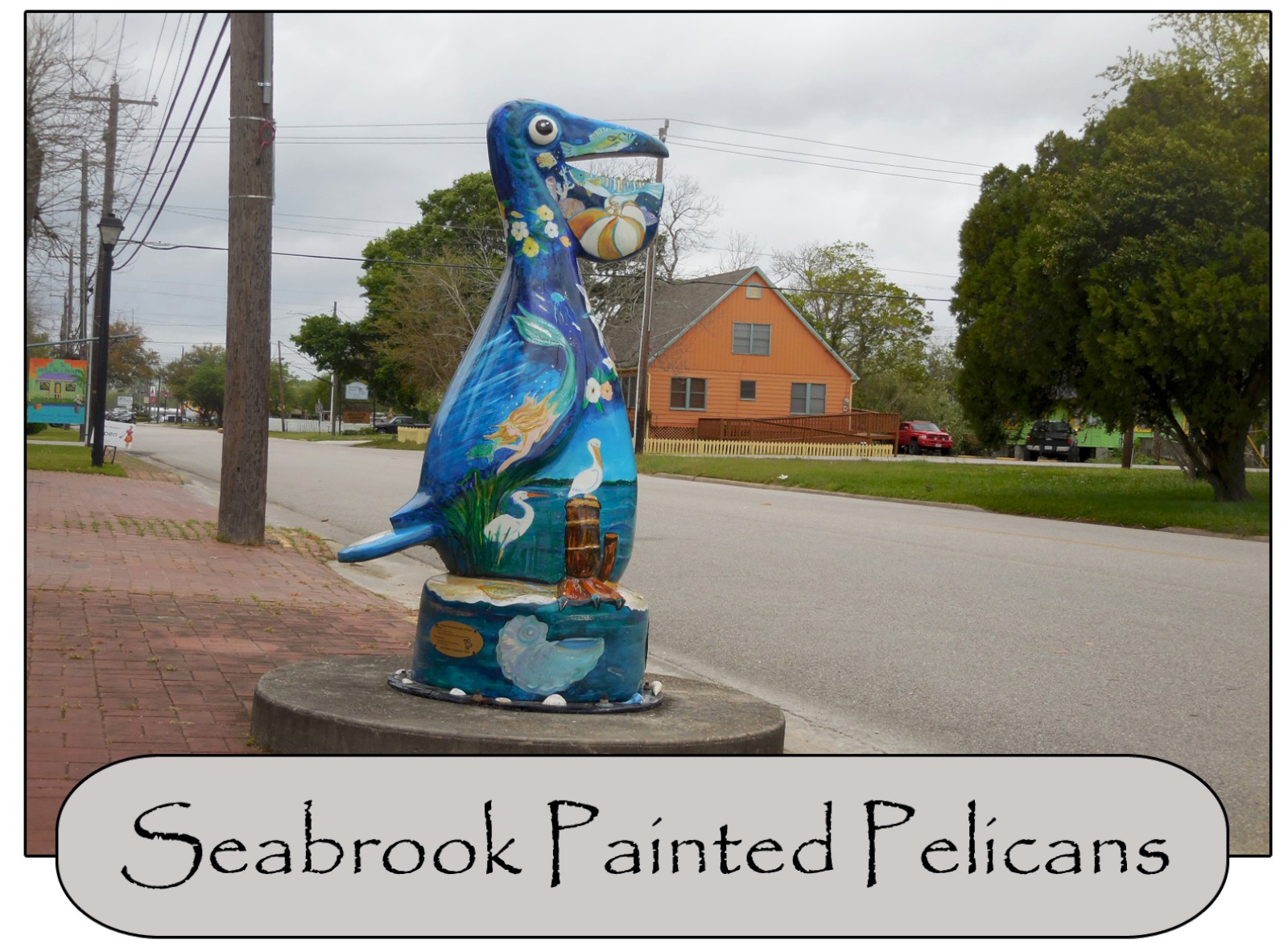 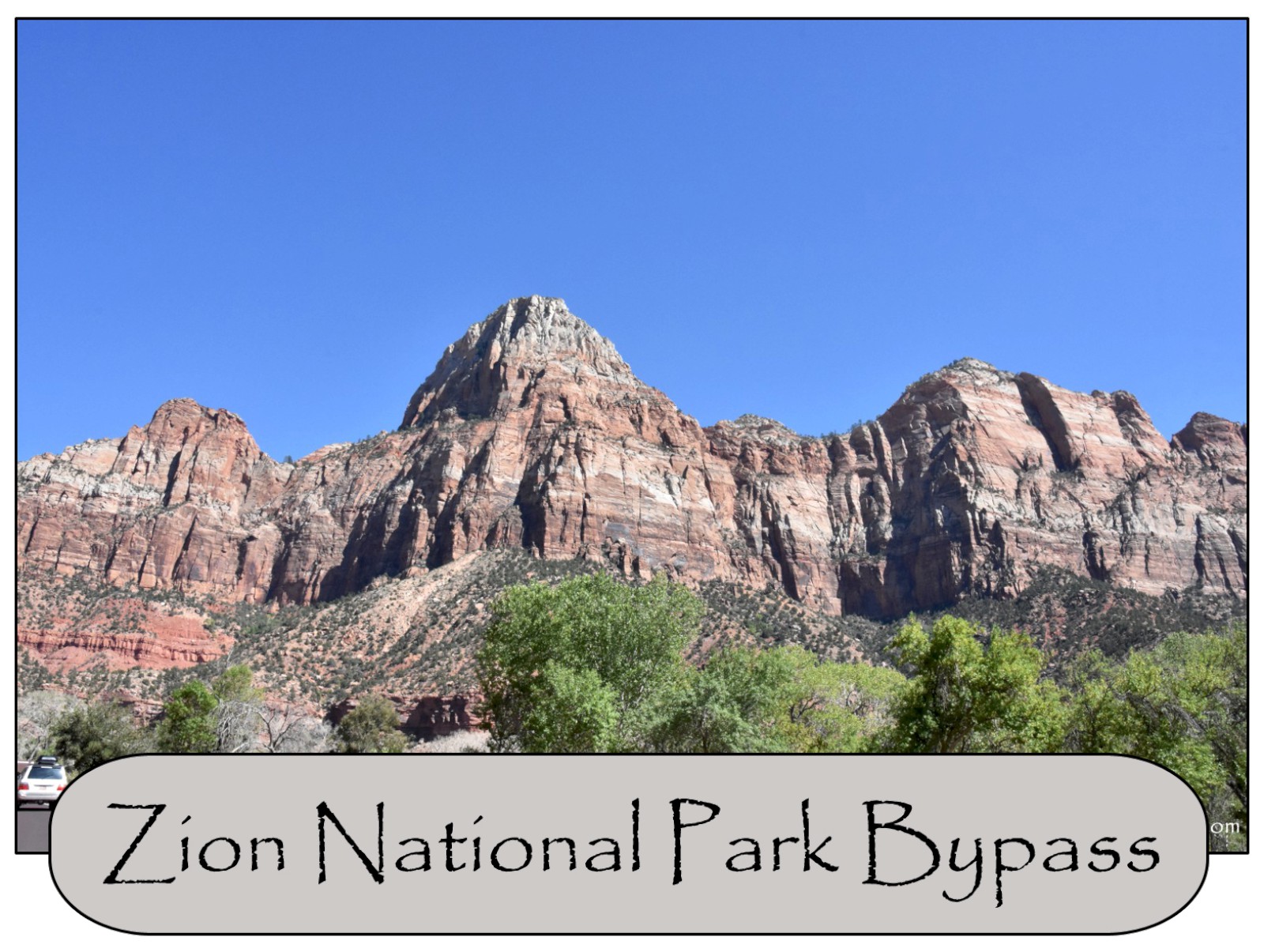