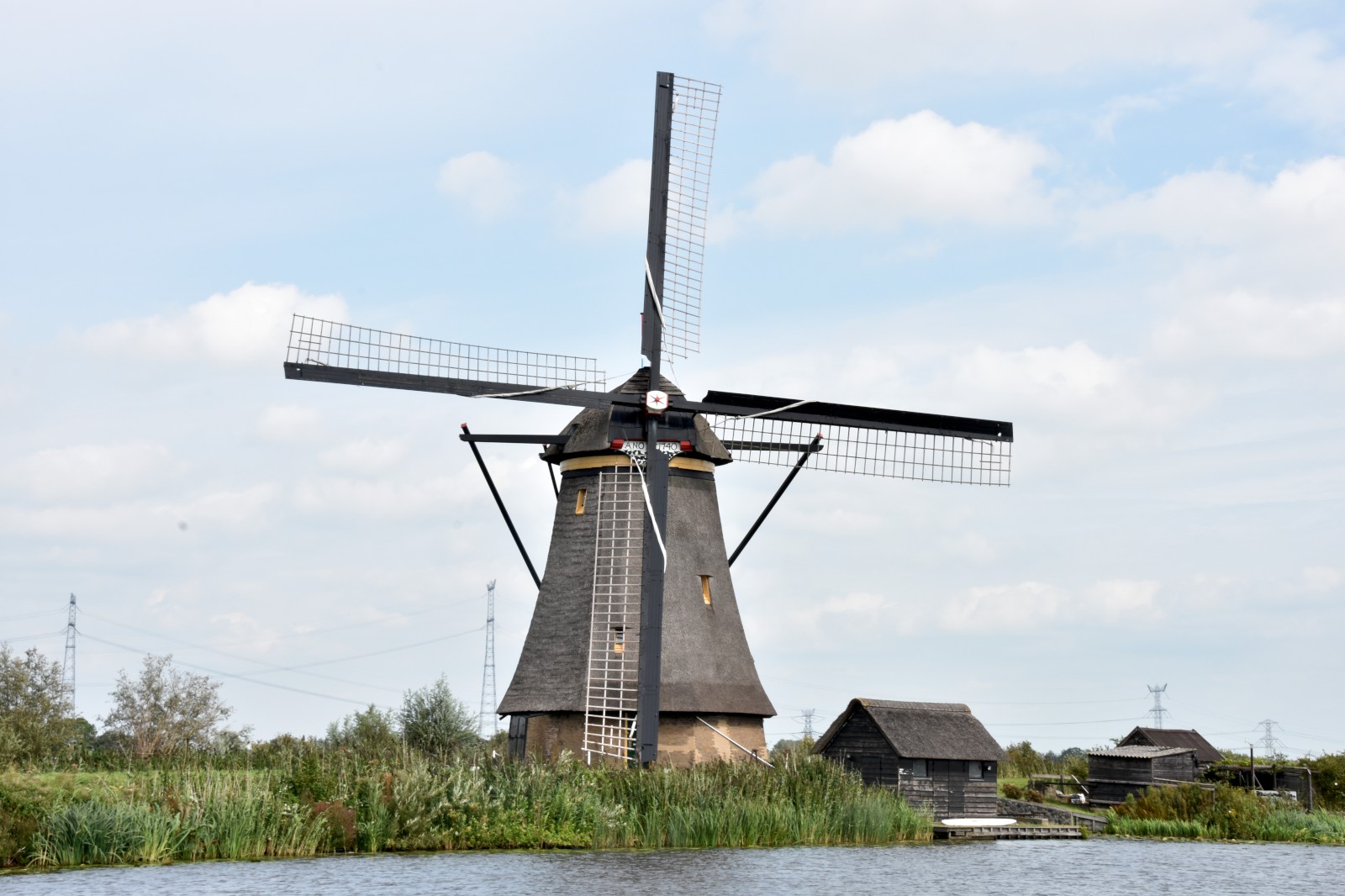 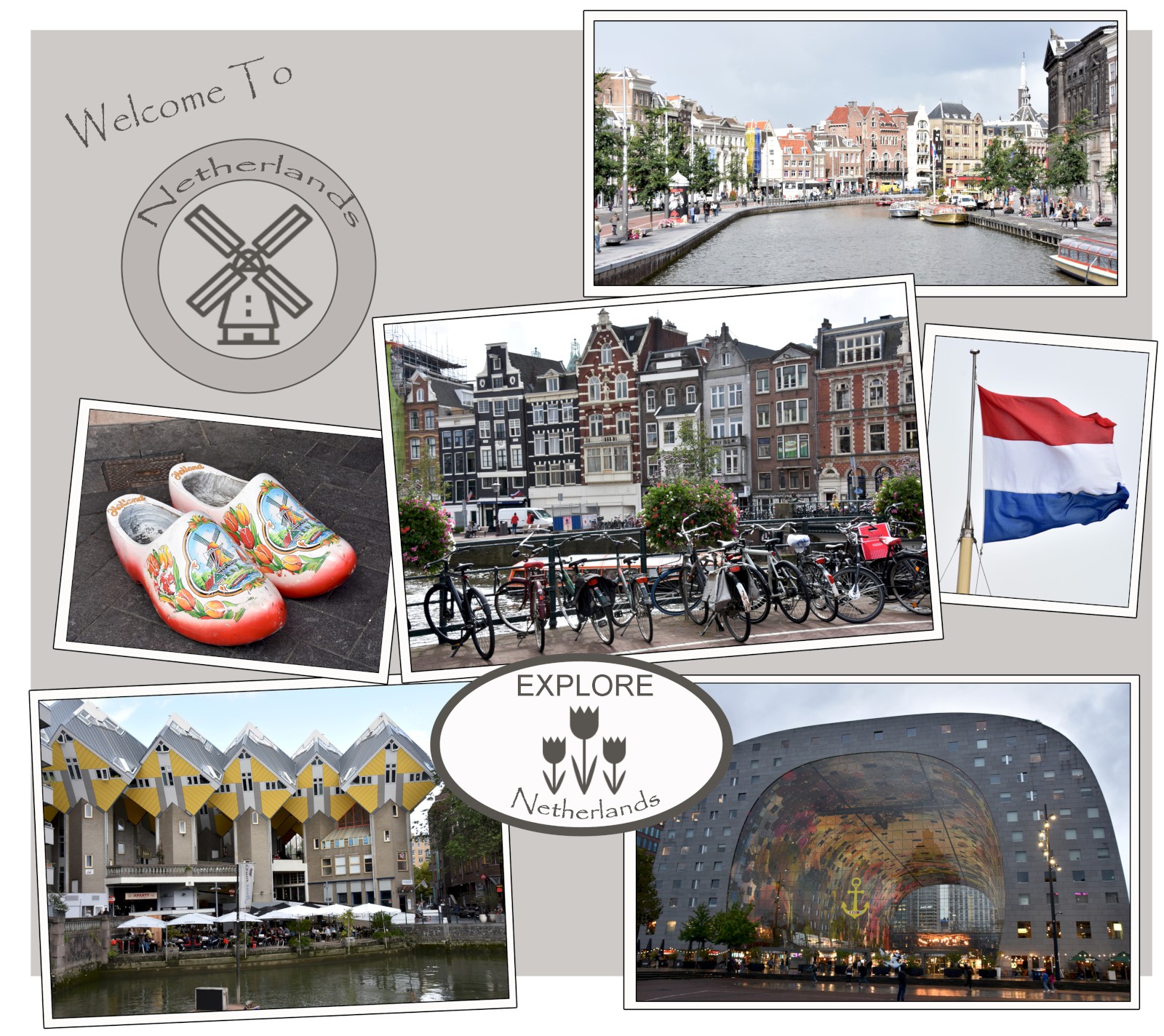 Most people’s first thoughts of the Netherlands are windmills, tulips, canals and a bike around town culture. Those are all part of the experience of visiting the Netherlands but there is much more to see.

Most visitors to the Netherlands may never leave the city of Amsterdam because the city has plenty for visitors to see. Simply walking through the city along its scenic canals lined with historic houses make for a pleasant activity. The Museum Quarter is home to over 50 museums including the Anne Frank House, Dutch art and artifacts museums and world class art featured in the Van Gogh Museum and the Rembrandt Museum. Additionally, the windmill town of Zaanse Schans is just a short train ride outside the city.

The city of Rotterdam is a vivid contrast from the historic atmosphere of Amsterdam. Rotterdam is a port side city with high rise buildings that is known for bold modern architecture. Two of my favorite experiences in Rotterdam were visiting the ultra-modern Market hall with its arched ceiling covered with larger than life colorful murals and going to the outdoor viewing deck of the Euromast Tower for spectacular views of the city skyline, the Erasmusburg Bridge and the Mieuwe Maas River. Similar to Amsterdam, The windmill of Kinderdijk can be visited by taking a short ferry ride outside the city.

Visiting both Amsterdam and Rotterdam allows you to experience both the historic and modern sides of the Netherlands.

All of my must see attractions are located in or near either Amsterdam or Rotterdam. Most of the top sites in both cities are within walking distance from each other with the exception of visiting the windmill locations.

My favorite activity in Amsterdam was to enjoy the atmosphere of the canals. Some of the more tourist areas were crowded but many of the canals were not busy and it was nice to leisurely walk along the canals looking at the historic building and an occasional boat moving through the canal.

My favorite activity in Rotterdam was visiting the Windmills of Kinderdijk. Taking the ferry from the city center to Kinderdijk was an added bonus to the trip as it was a relaxing way to get to the windmill site. Walking along the waterways and seeing the windmills was like taking a trip back in time. There is nothing modern around the field and the way it looks today is probably similar to the way it looked in the 18th century when they were built. 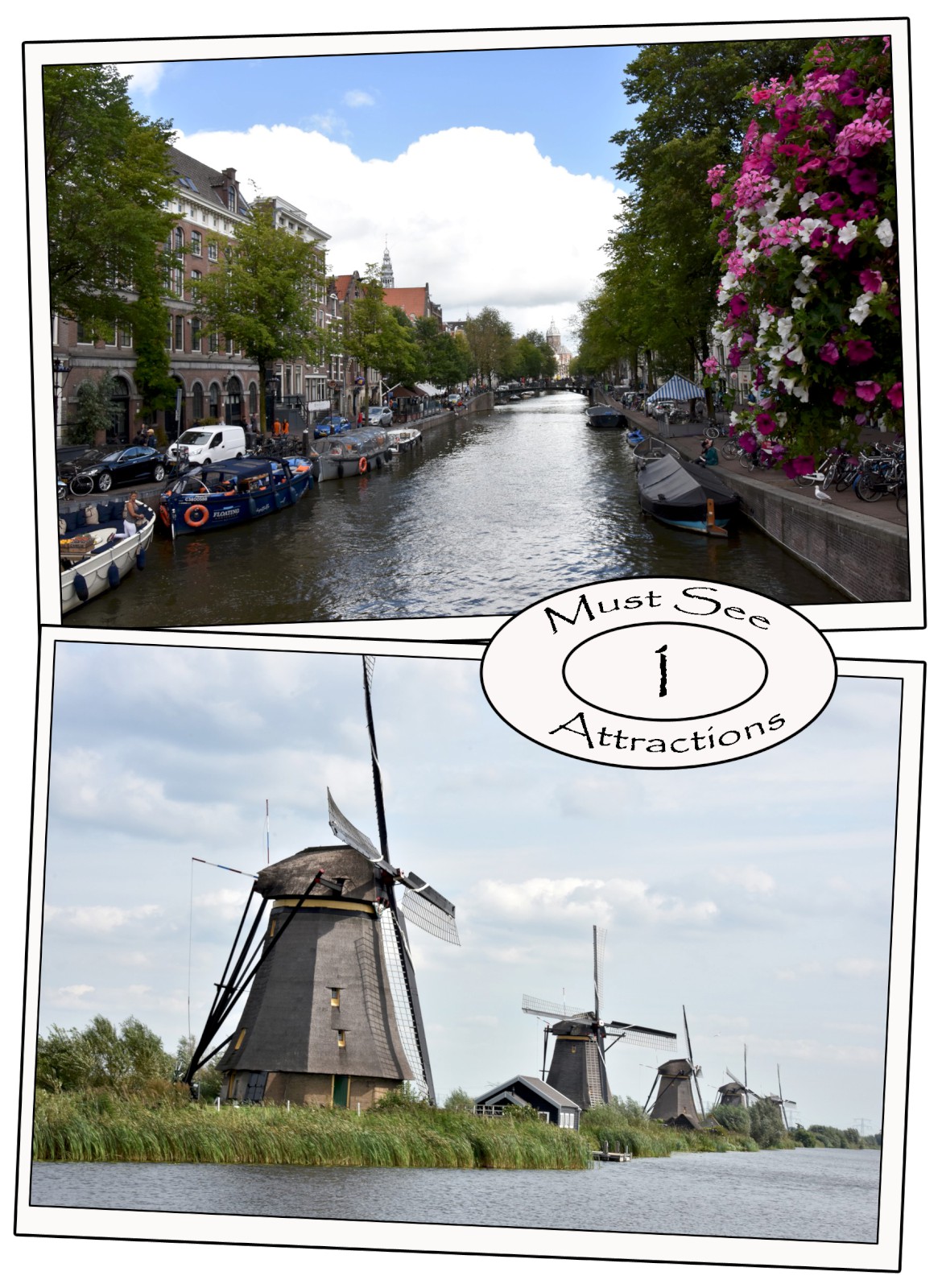 The Netherland’s must see attractions are a mixture of historic places and modern architecture, art museums featuring the world’s best artists and natures spring time display of colors. 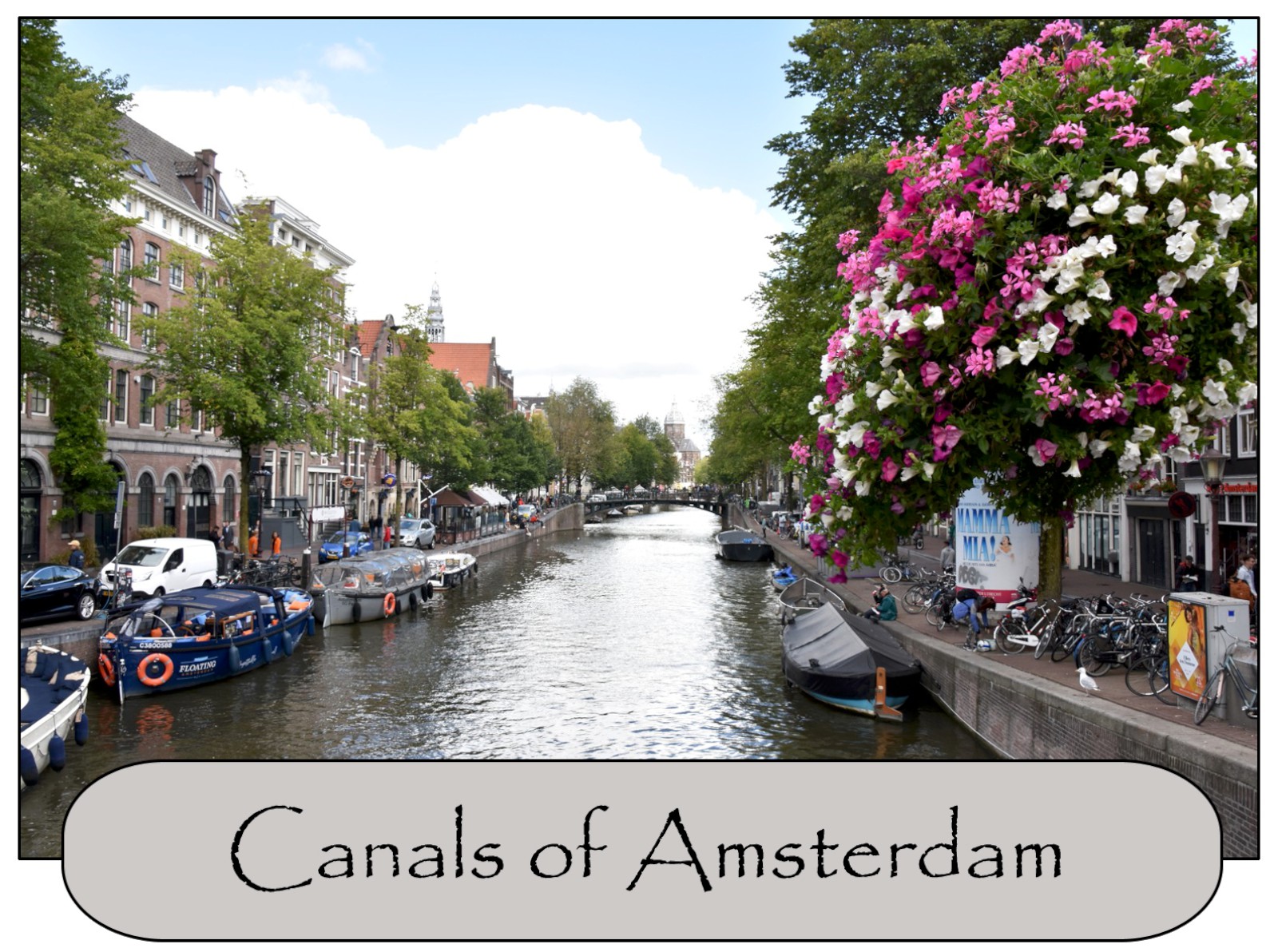 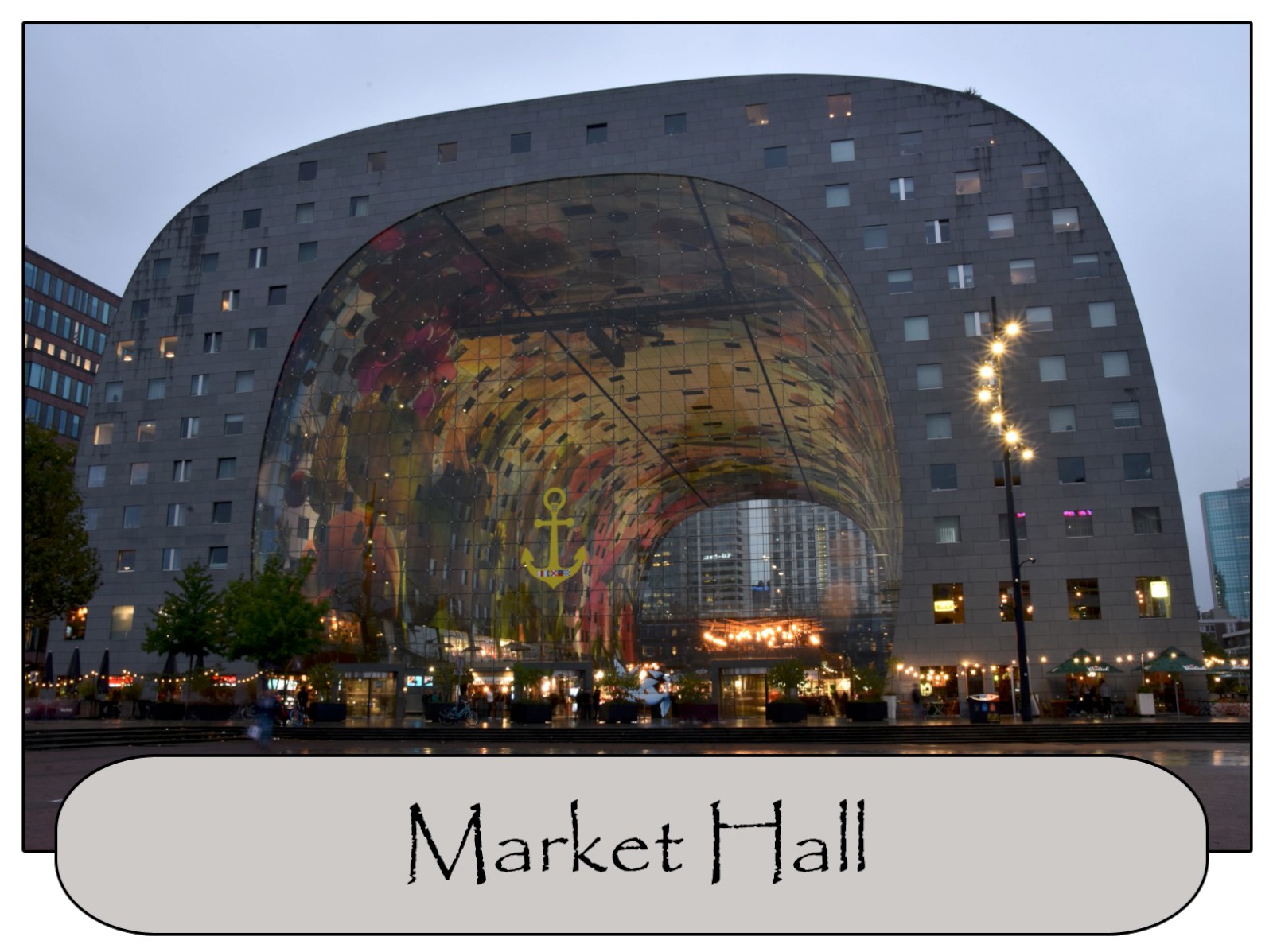 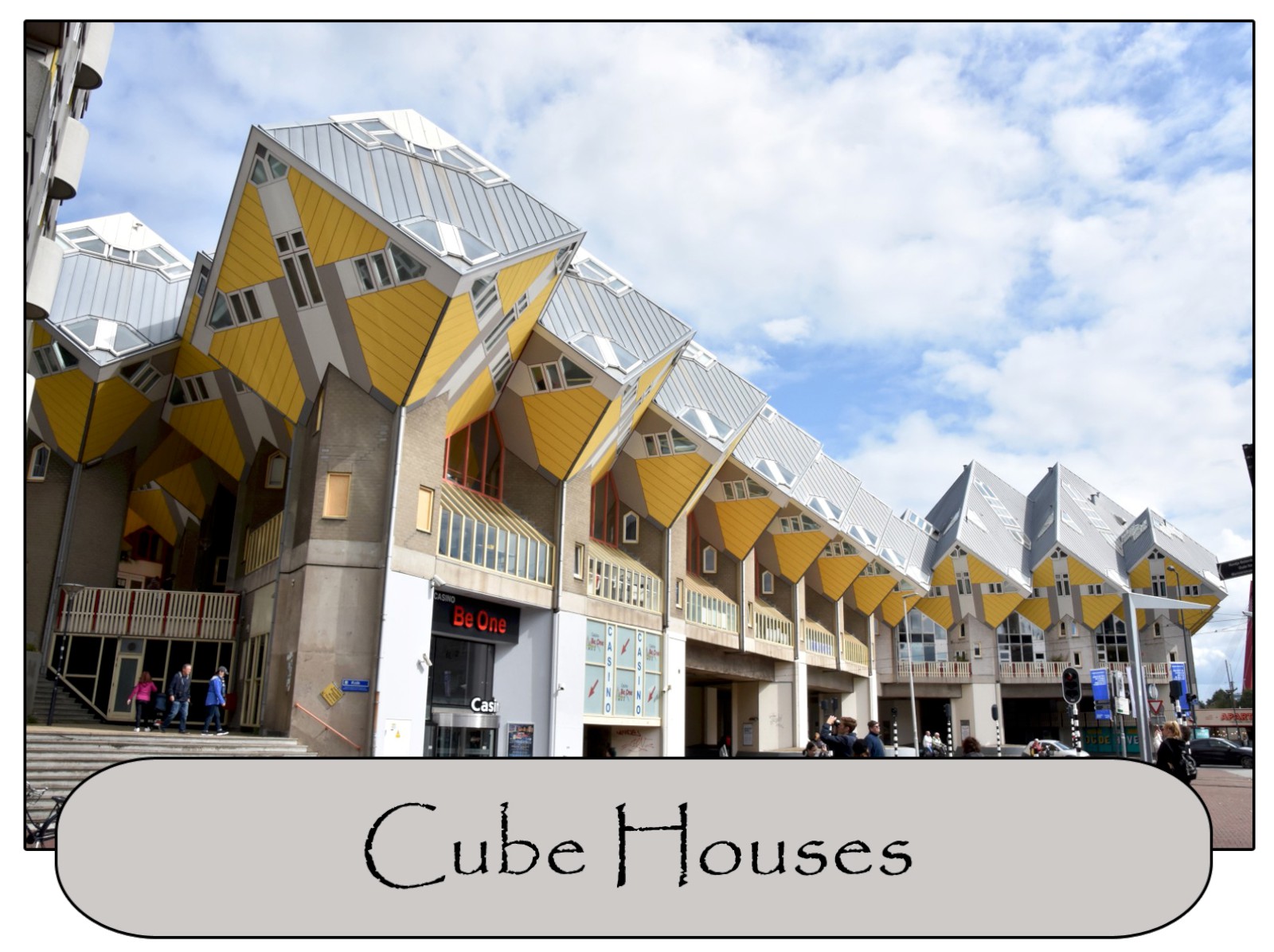 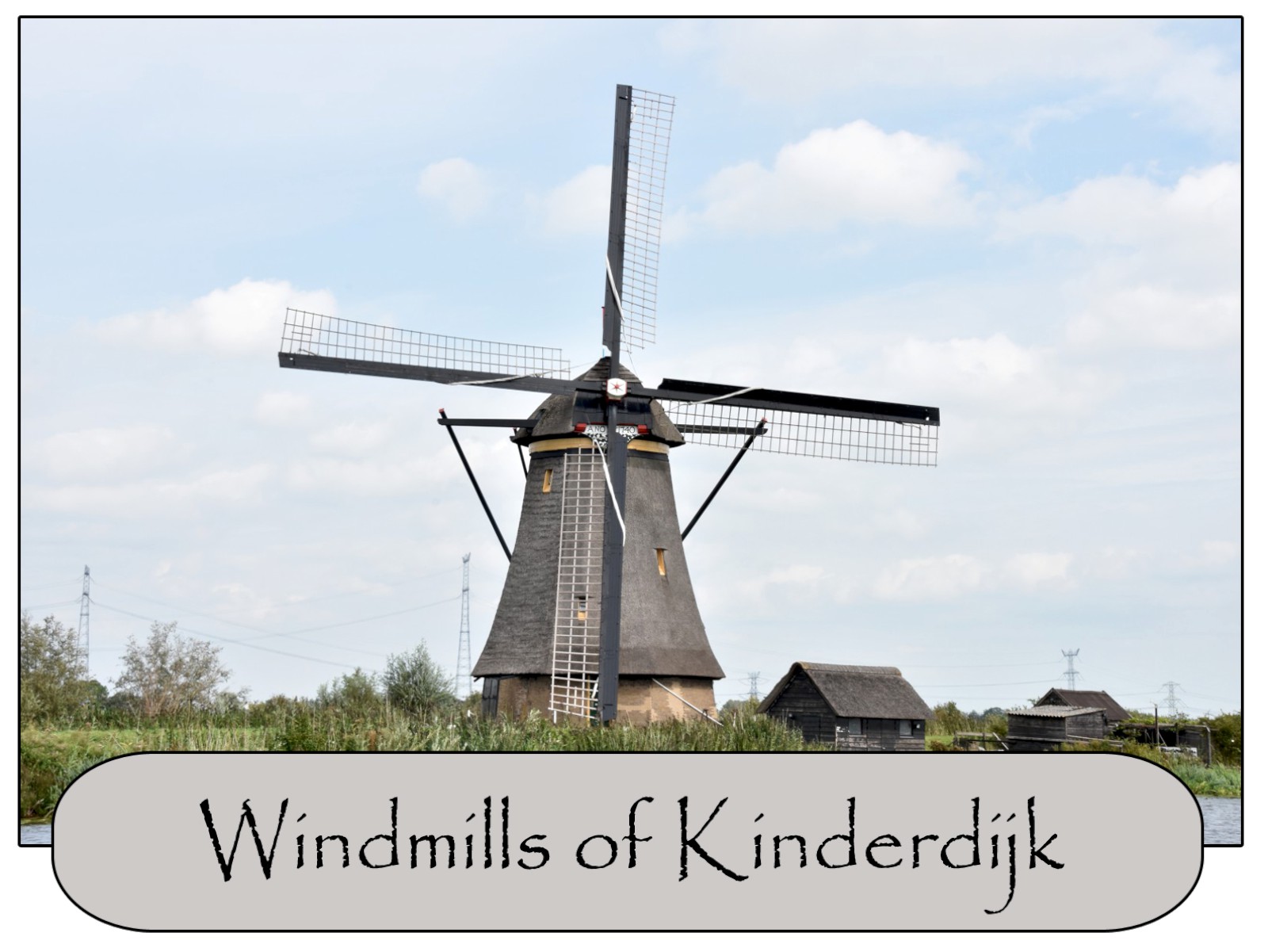