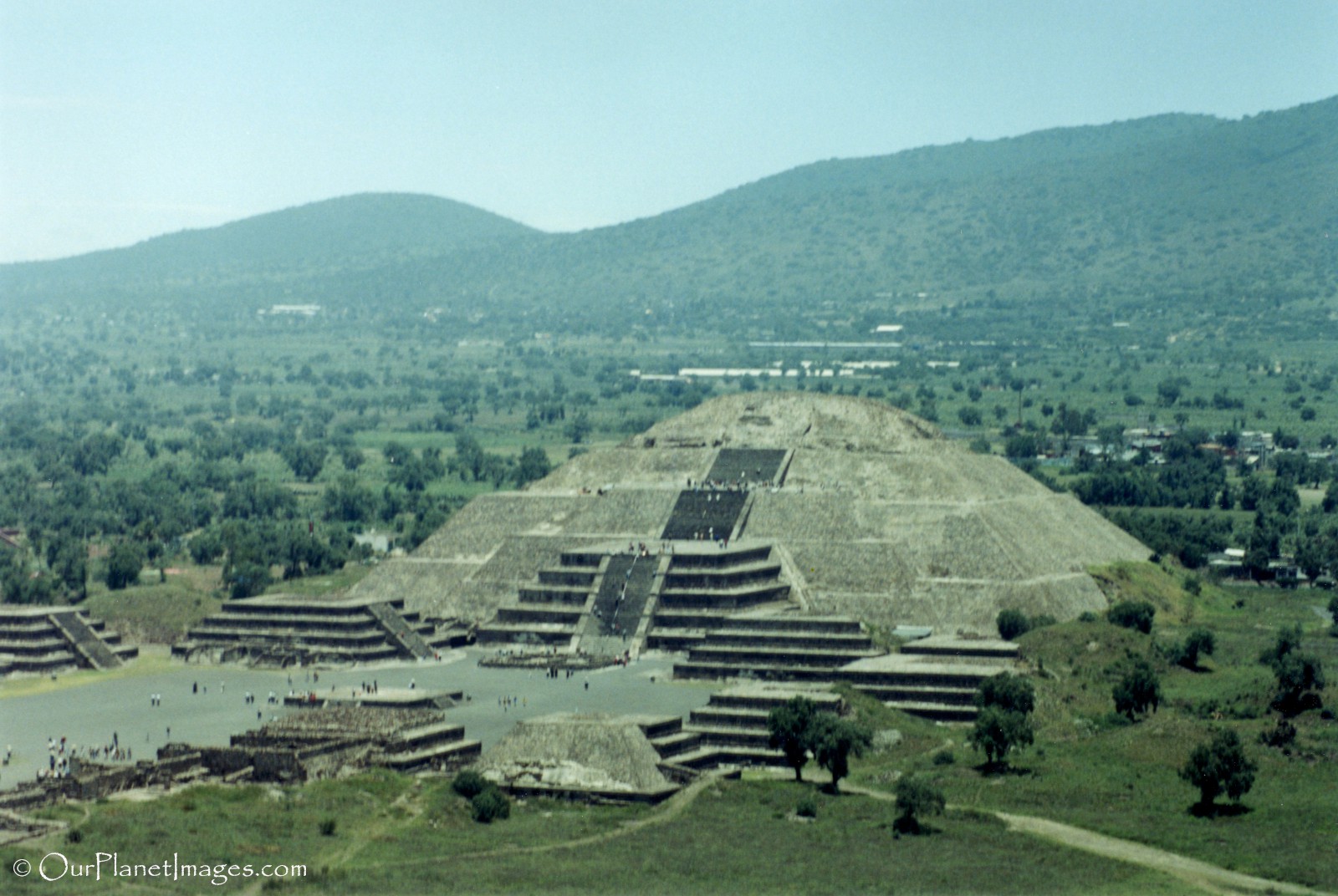 Teotihuacan is a vast archaeological complex that predates the Mayas and Aztecs which was home to more than 150,000 people and covered an area of 12 square miles (20 sq. km). The abandoned city was discovered by the Aztecs in the 14th century and they gave it the name of Teotihuacan which means “The place where gods were born”.

Avenue of the Dead

The main avenue that runs through the middle of the city was named by the Aztecs as “The Avenue of the Dead.” The avenue is 1.2 miles (2 km) long and 130 feet (40 meters) wide and links the Temple of Quetzalcoatl, the Pyramid of the Sun and the Pyramid of the Moon. 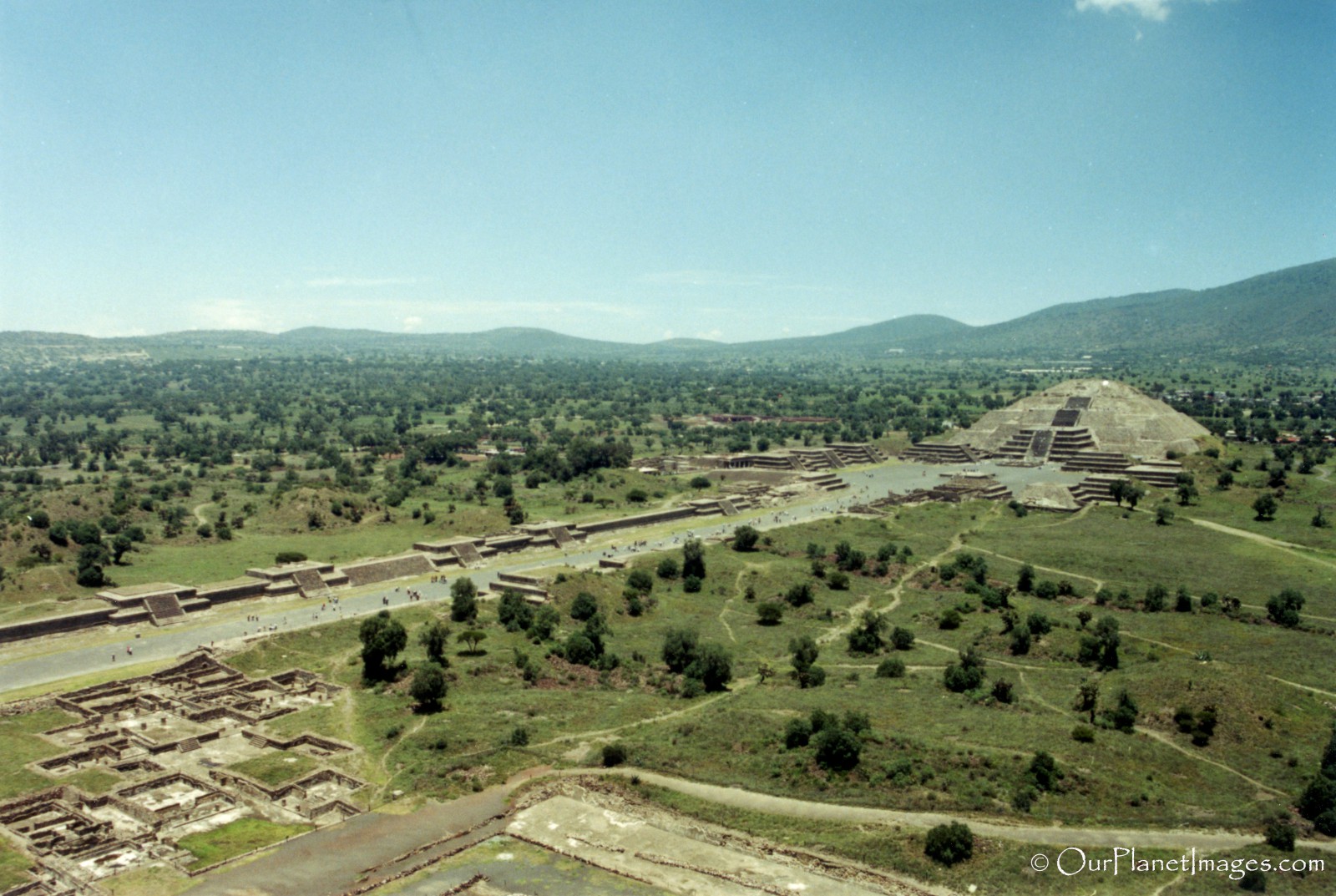 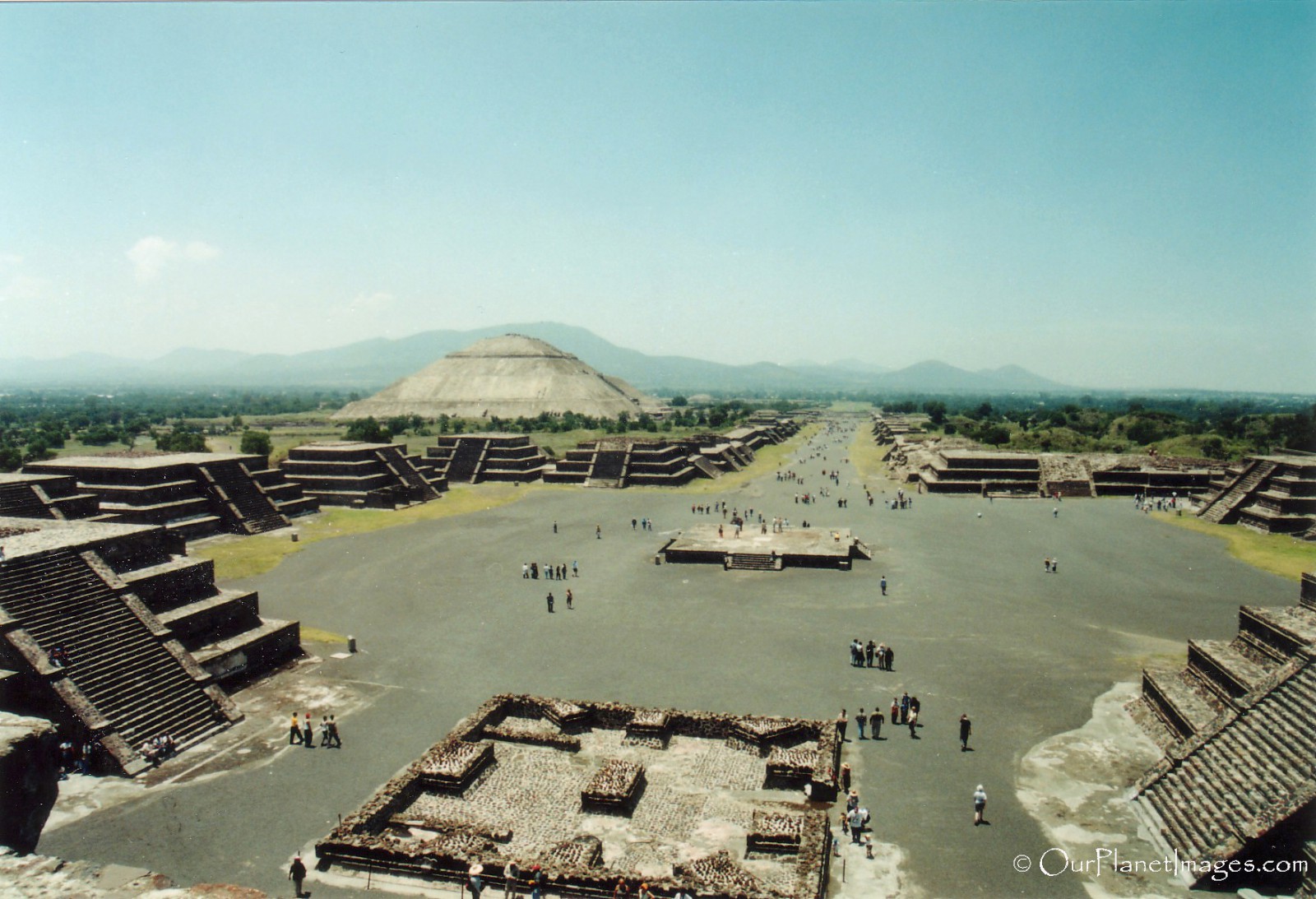 Pyramid of the Sun

The Pyramid of the Sun faces west is the largest structure in Teotihuacan. The pyramid is the 3rd largest pyramid in the world and stands at 216 feet (66 meters) tall with the base measuring approximately 720 by 760 feet (220 by 230 meters). 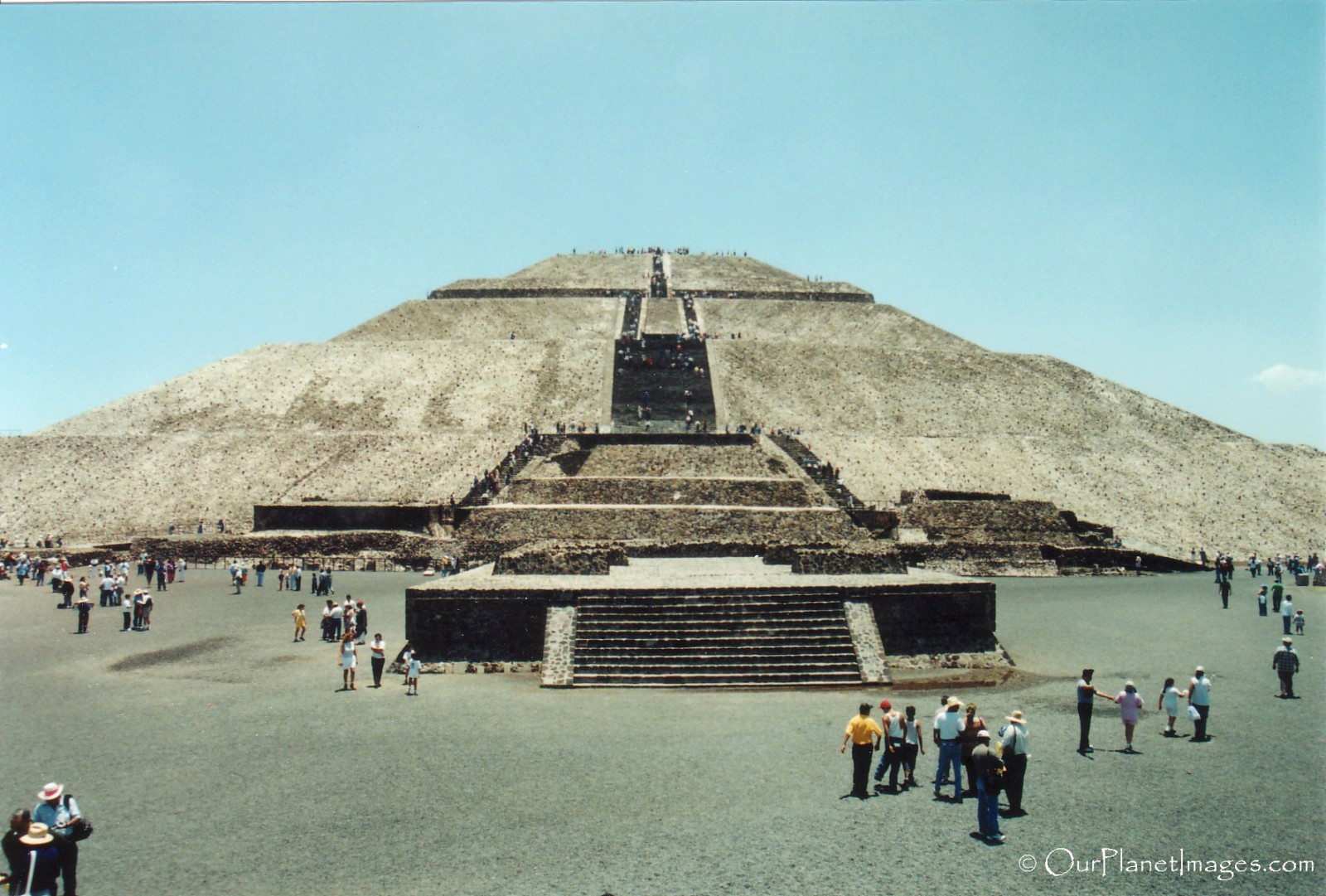 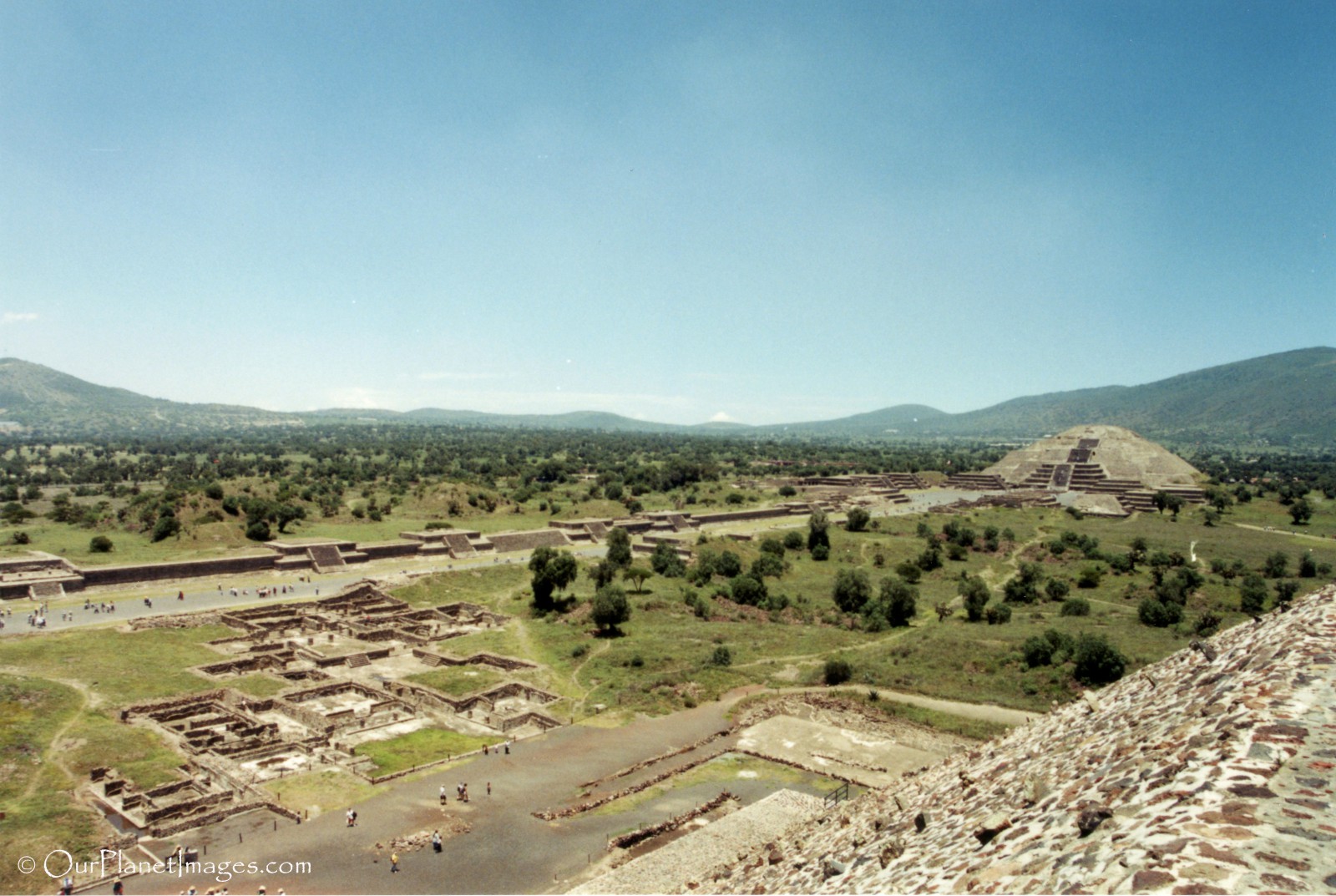 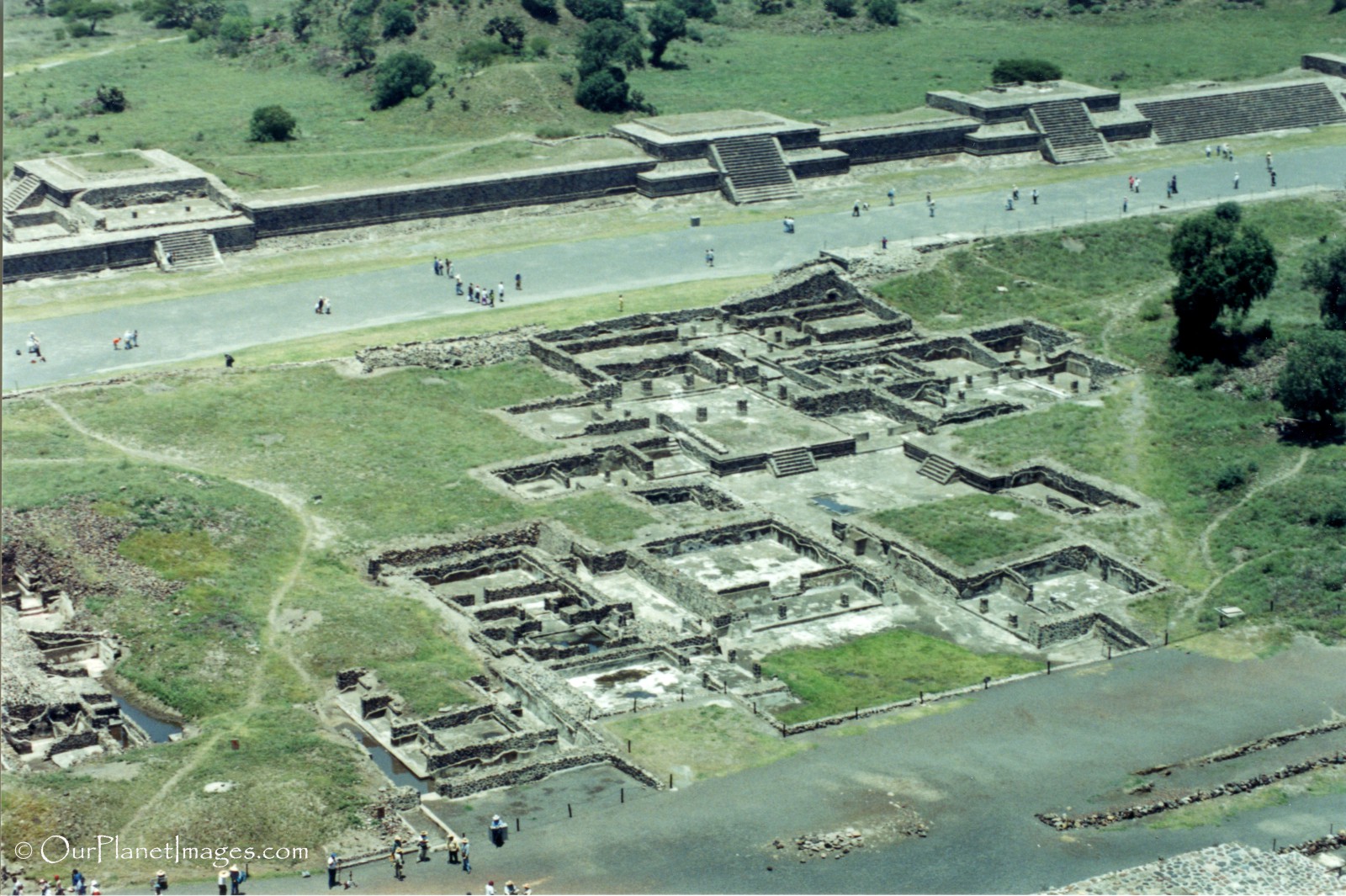 Pyramid of the Moon

The view of the Avenue of the Dead and the entire complex can be seen from the top of the stairs on the Pyramid of the Moon. 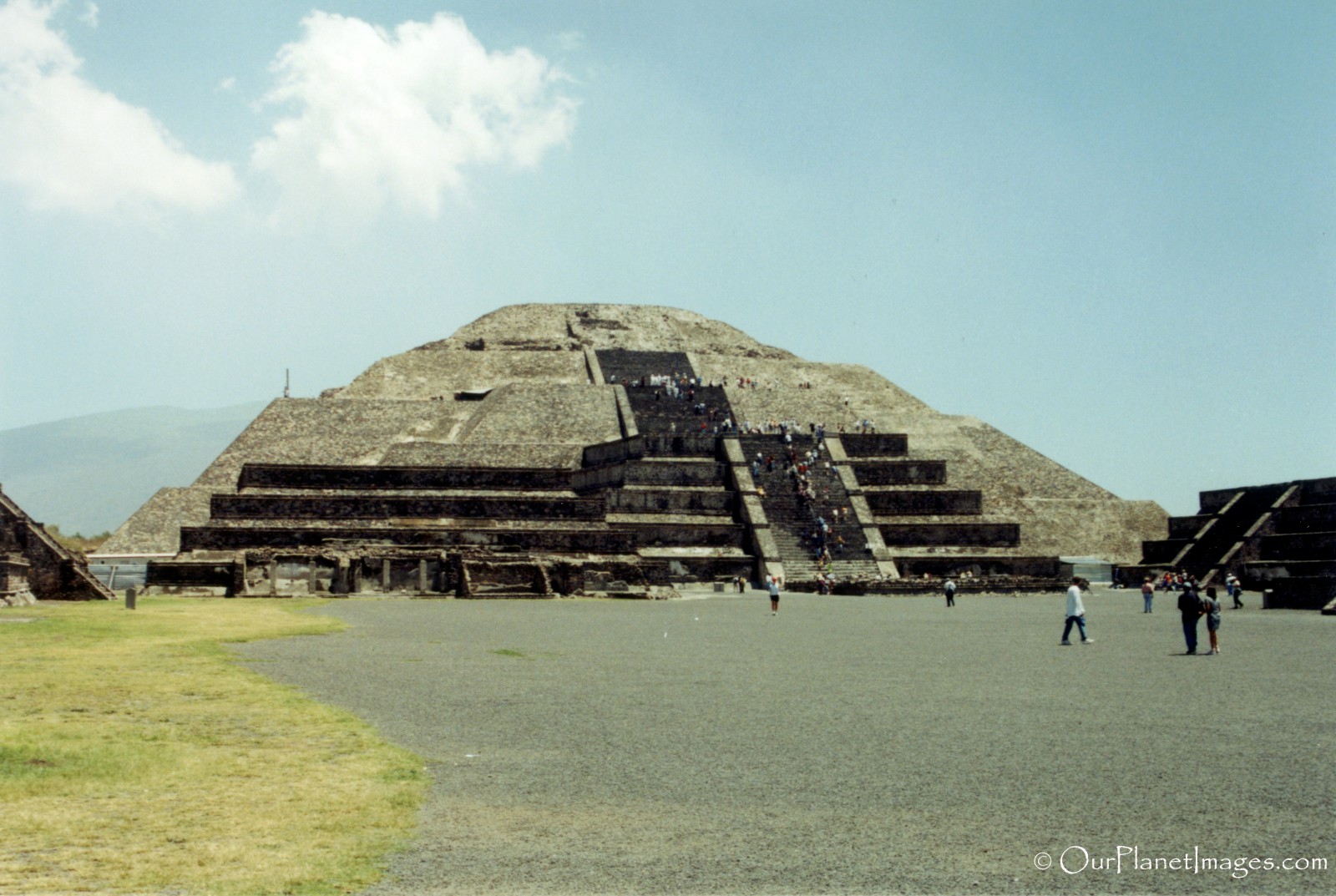 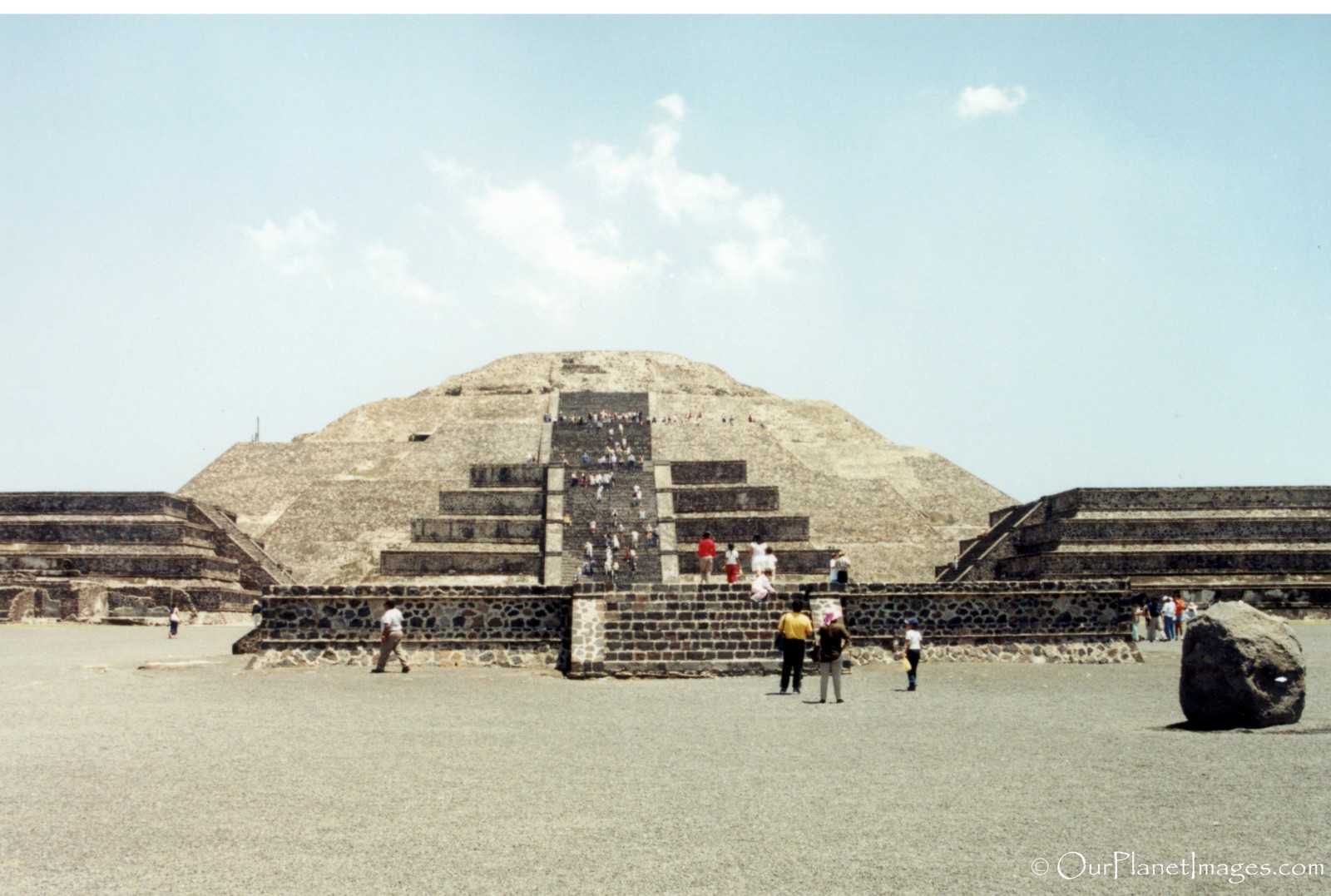 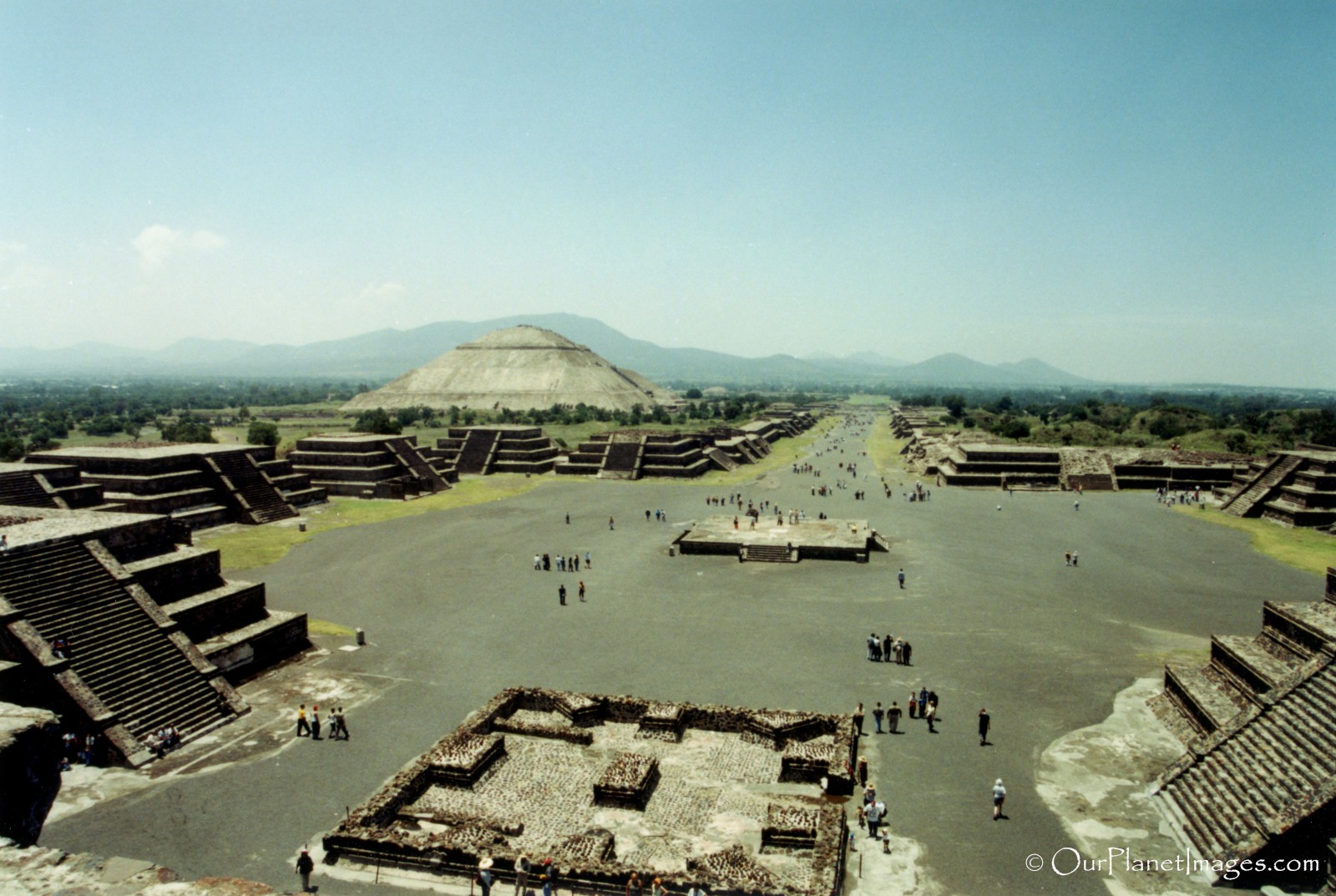 The Moon Plaza is located in front of the Pyramid of the Moon and the center of a circle of smaller pyramids. This plaza reminded me of a cul-de-sac of pyramids. 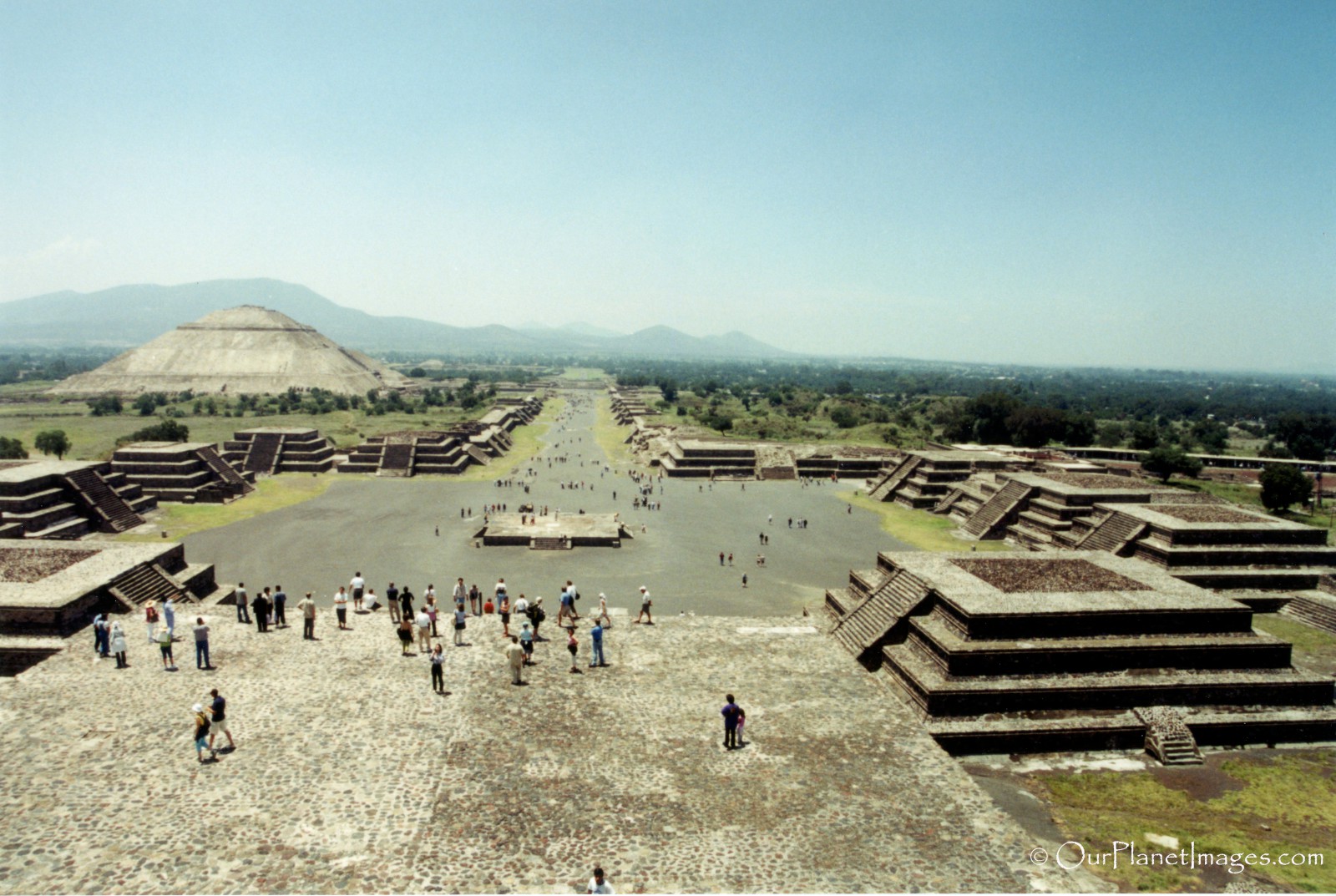 The Pyramid of Quetzalcoatl also known as the Temple of Quetzalcoatl and is located at the south end of the Avenue of the Dead. It is decorated with 365 heads of the feathered serpent and the rain god that appear to alternate between the two.

This temple is believed to have been used for animal and human sacrifices as there have been remains found that indicate this practice had been done at the temple. 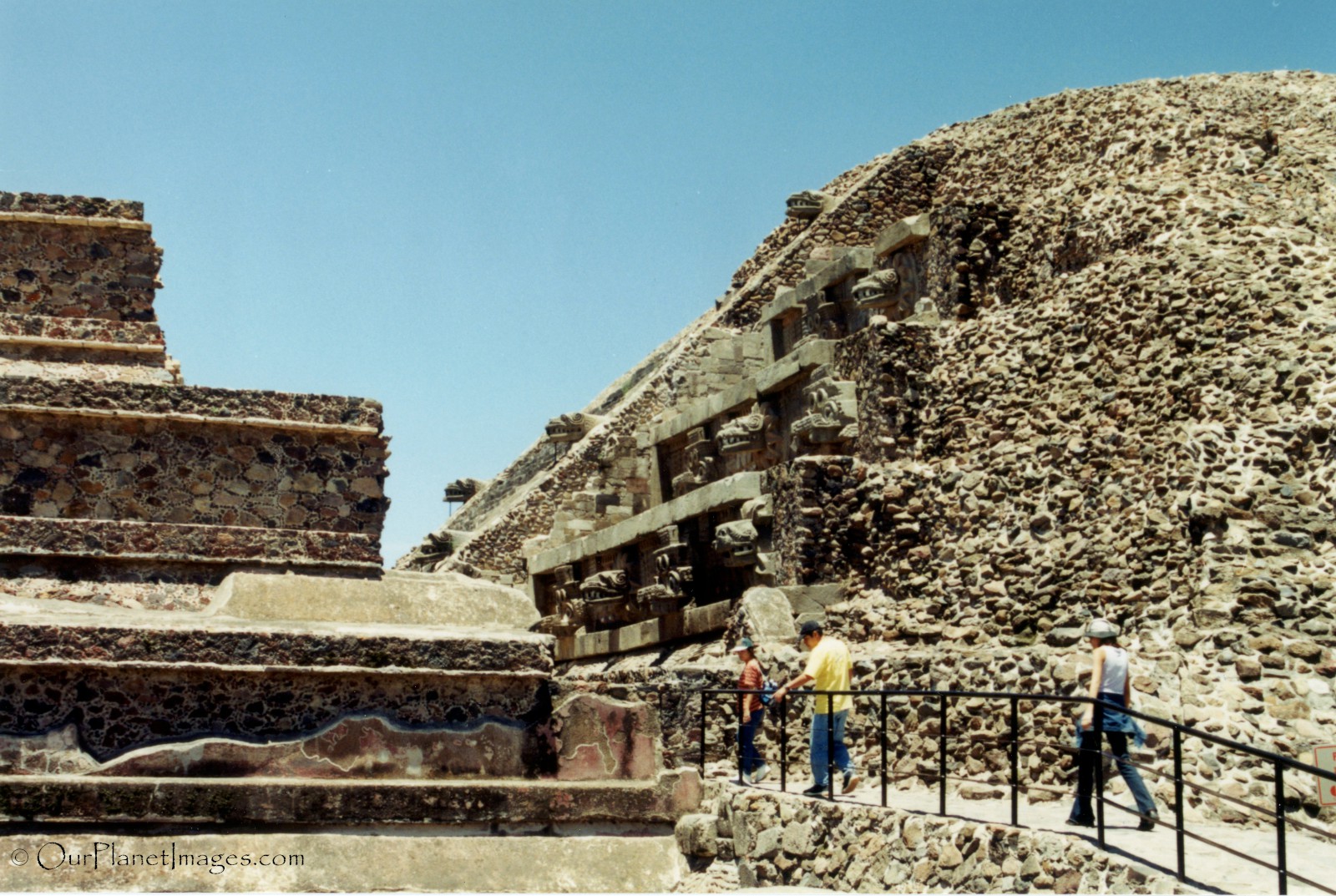 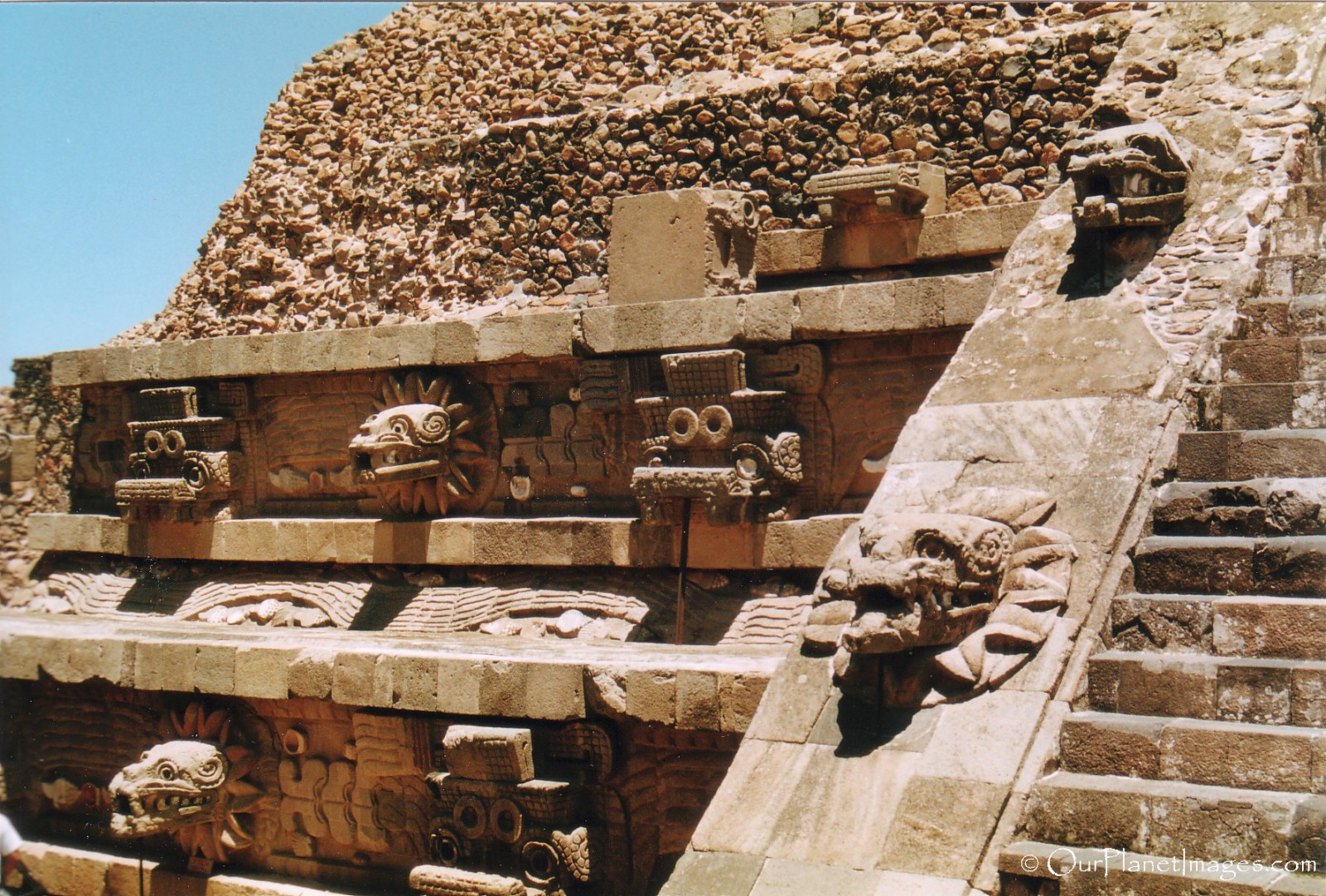 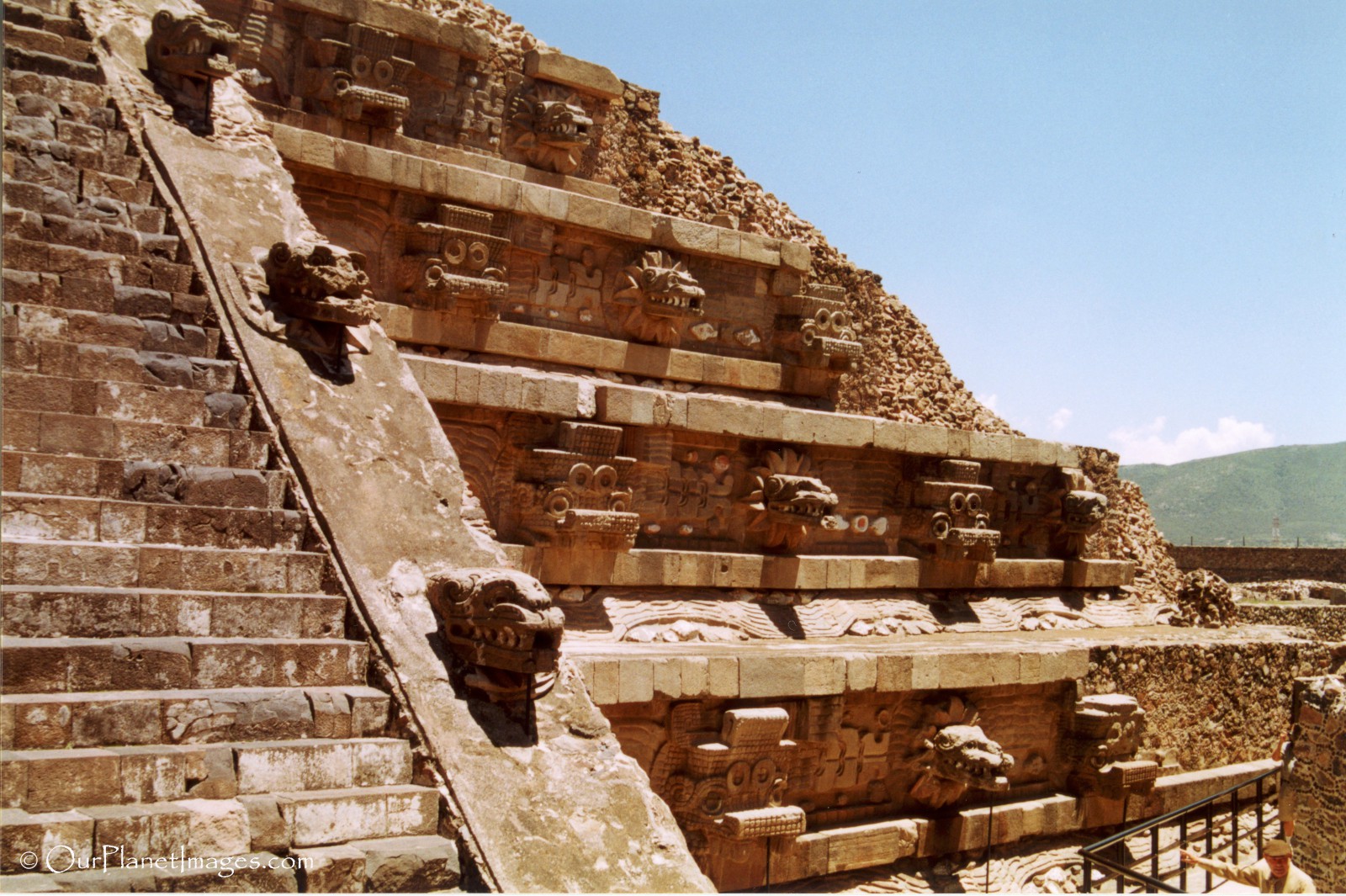 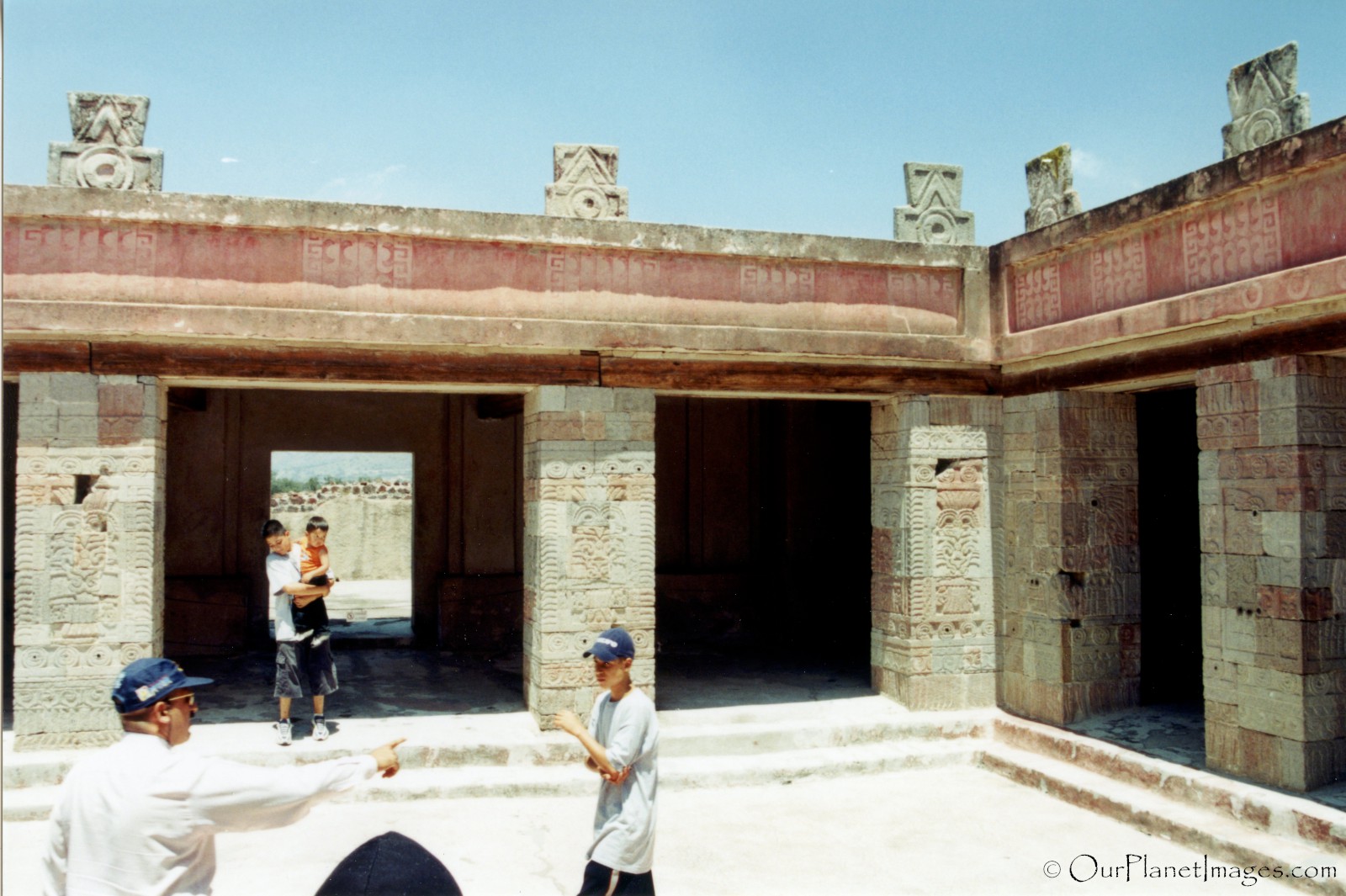 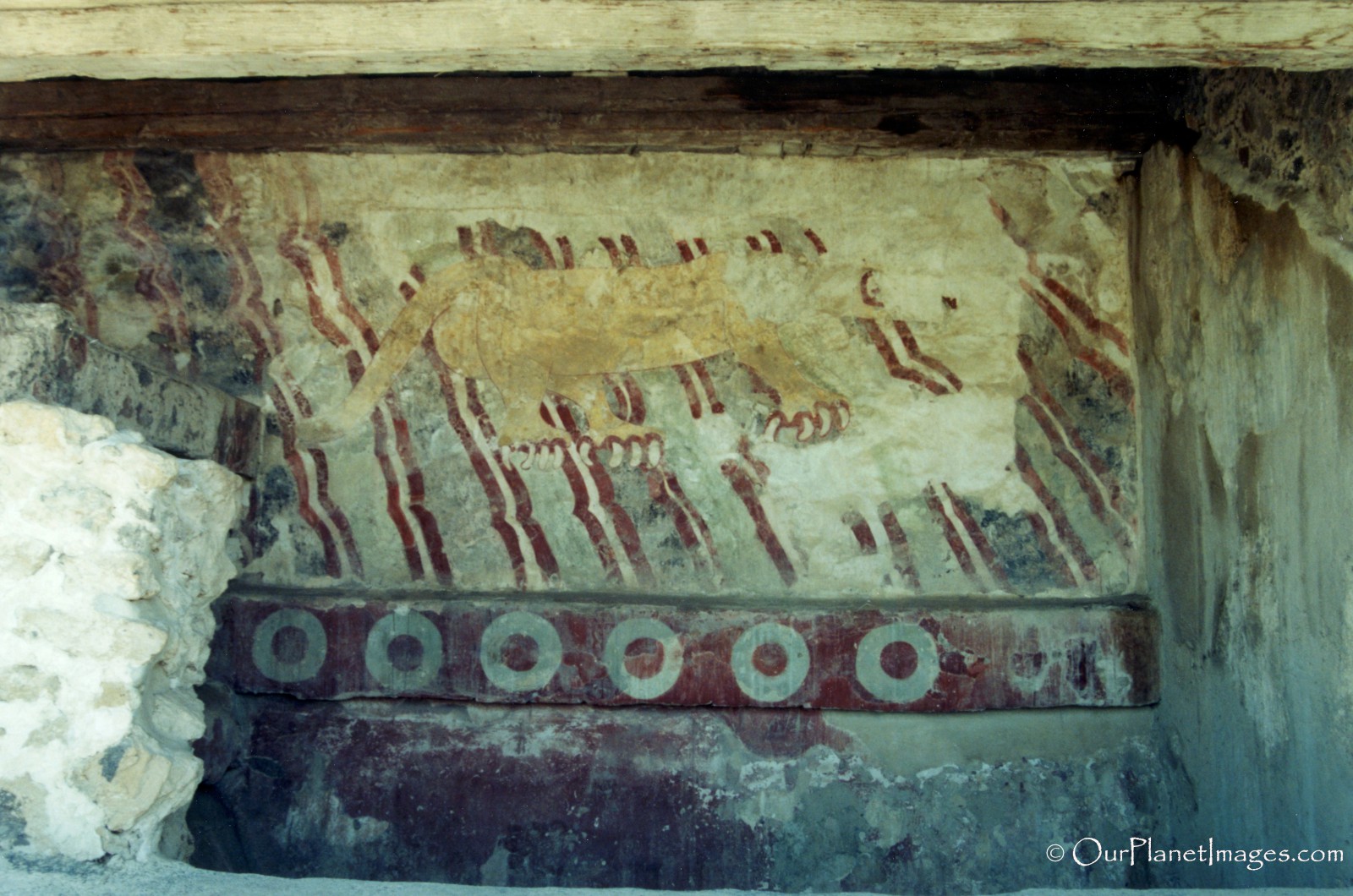 View of the city

Teotihuacan is best known for the two large pyramids but the complex is very large with many smaller pyramids and other structures. The final two photos provide a ground level view of the complex that show how the city looks when walking through the complex. 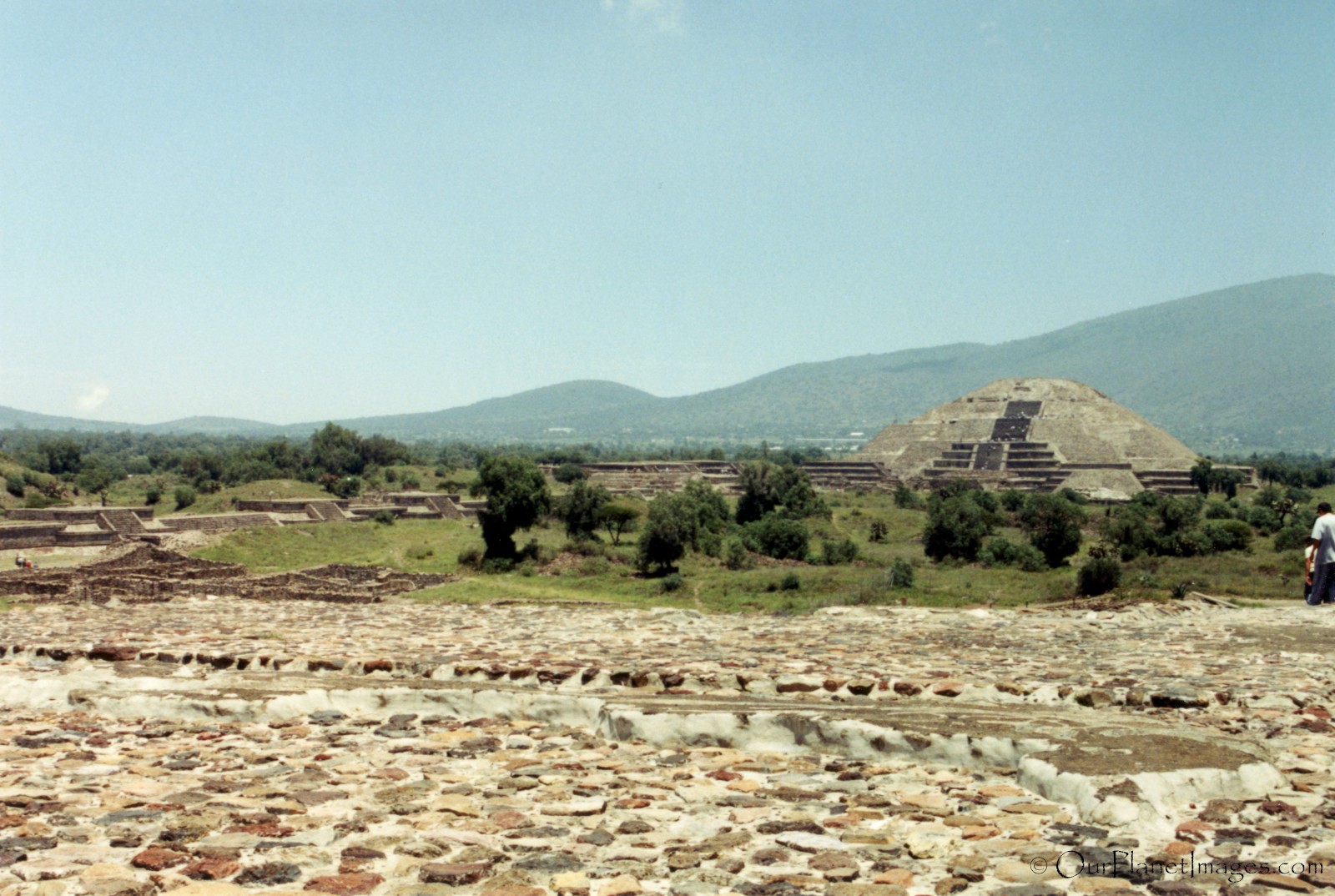 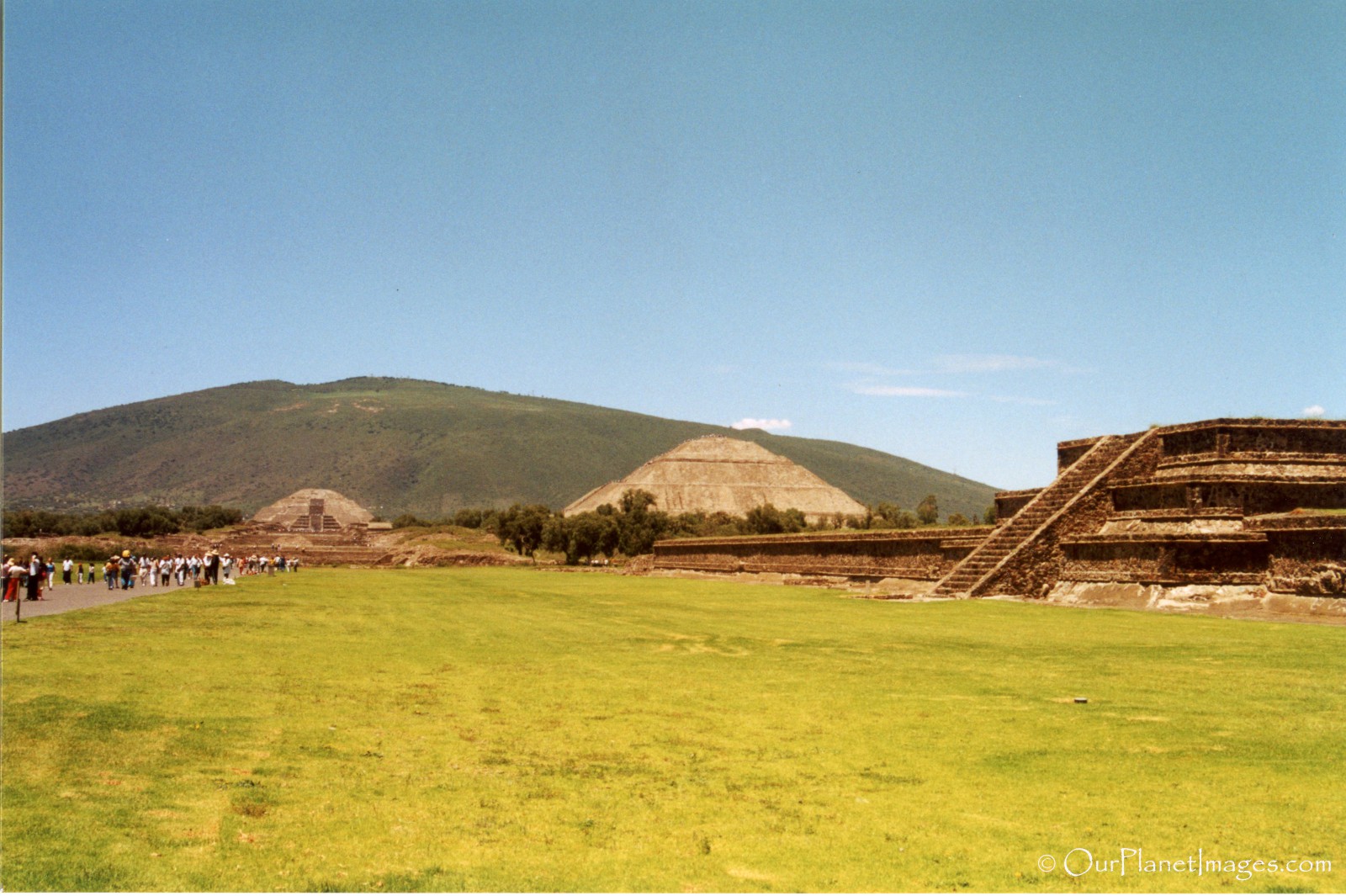 I have always been interested in architectural sites from past civilizations. Many times there is more speculation about the civilization and the purpose of the things that they left behind than there are facts but the actual reasons that these people did these things aren’t what make these sites interesting to me.

I did not know that I would be able to climb the Pyramid of the Sun when I planned my trip to Teotihuacan but I could not pass on the opportunity to do it. Sometimes the best experiences happen when they are unexpected! 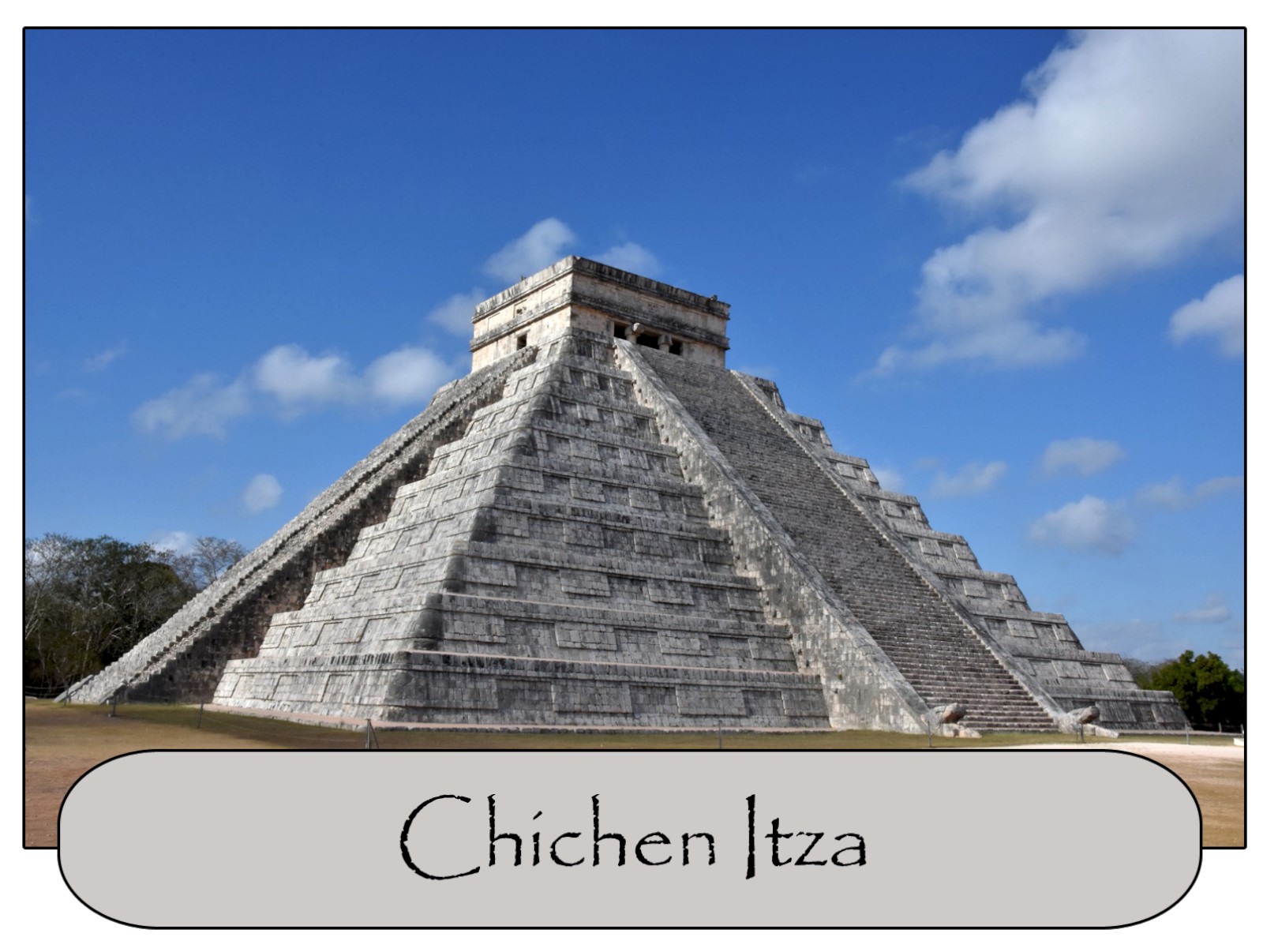