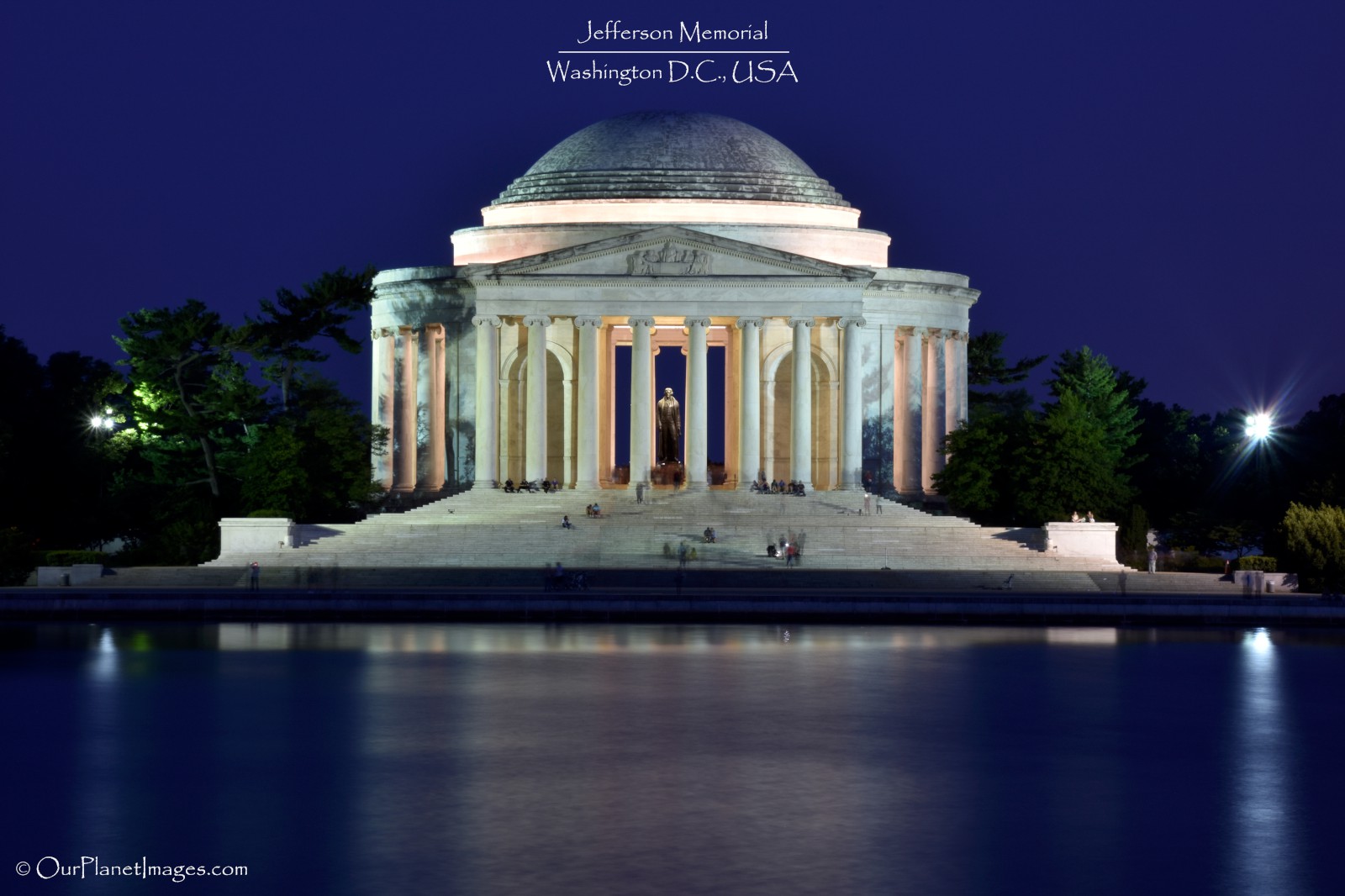 The Jefferson Memorial is located at the southern tip of the Tidal Basin. The memorial is dedicated to the 3rd President of the United States and is an open-air domed building with a portico as a front entrance. The circular portion of the building is 165 feet in diameter and the portico is 102 feet wide. The white marble construction gives the memorial a timeless classic look and makes the building beautiful at all times of the day/night. 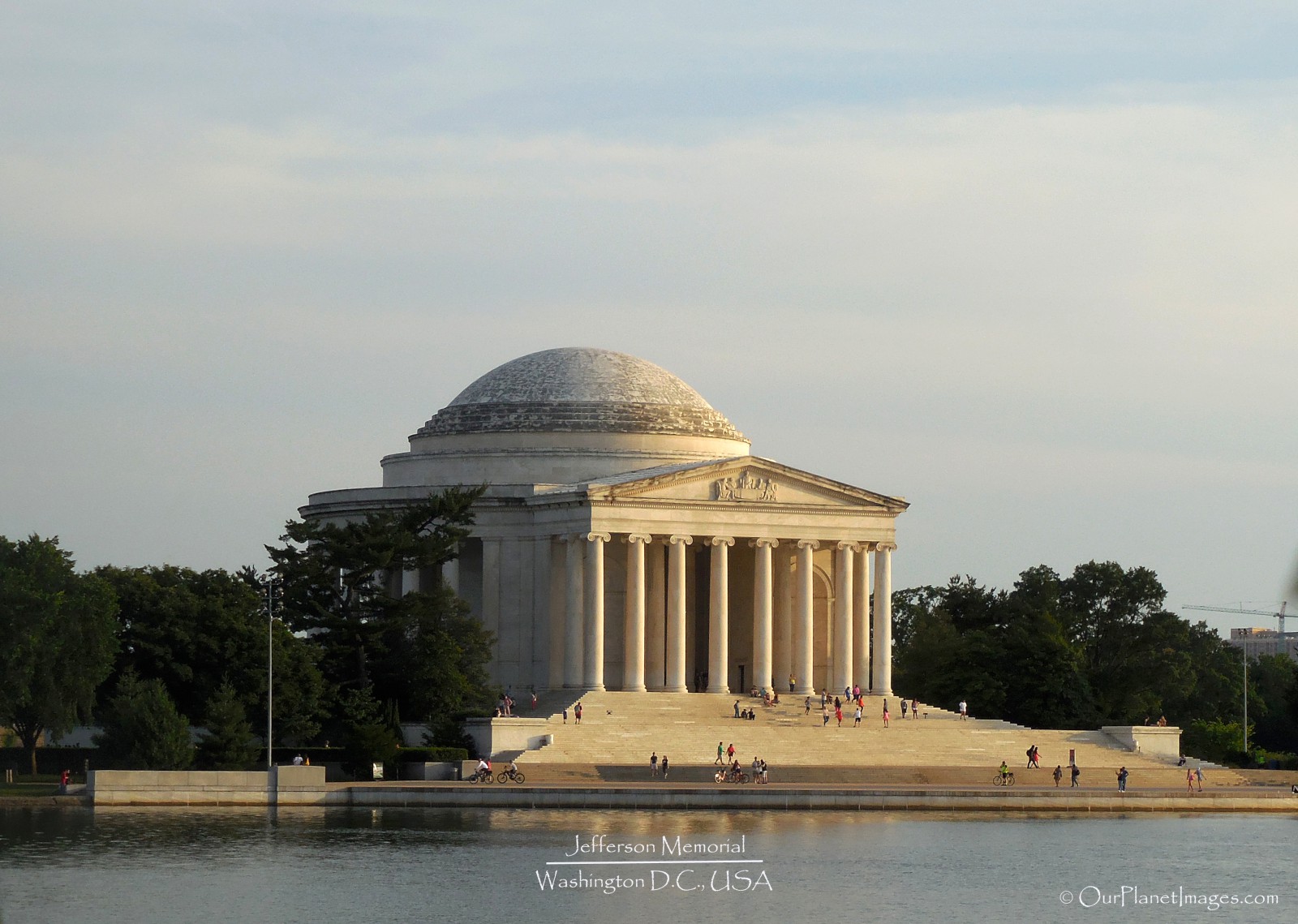 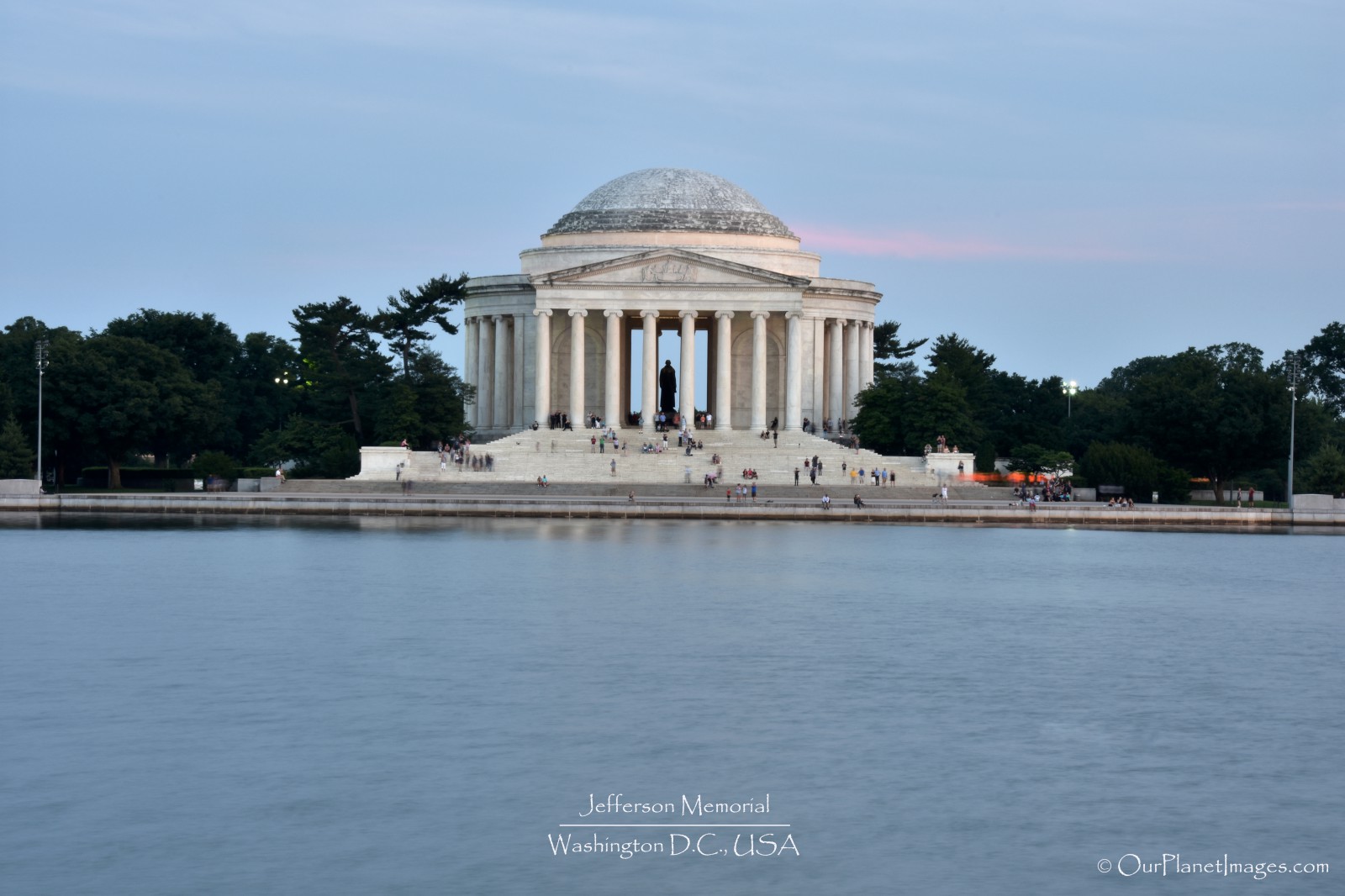 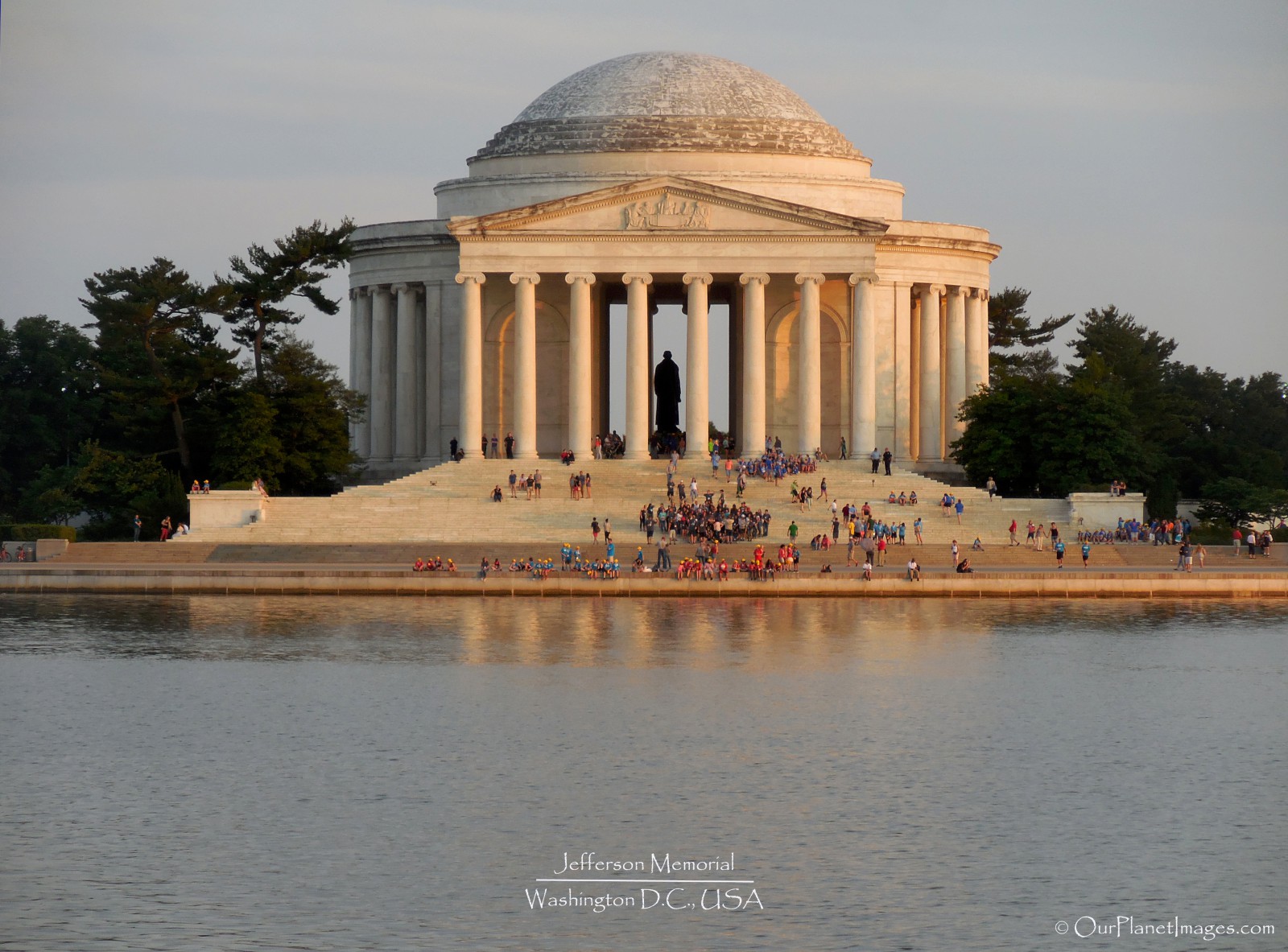 The building is supported by 54 columns that are 43 feet tall and 5 feet in diameter. The outer ring around the center rotunda is supported by 26 columns and the rotunda has 4 columns at each of the 4 openings. The final 12 columns support the portico entrance of the memorial. 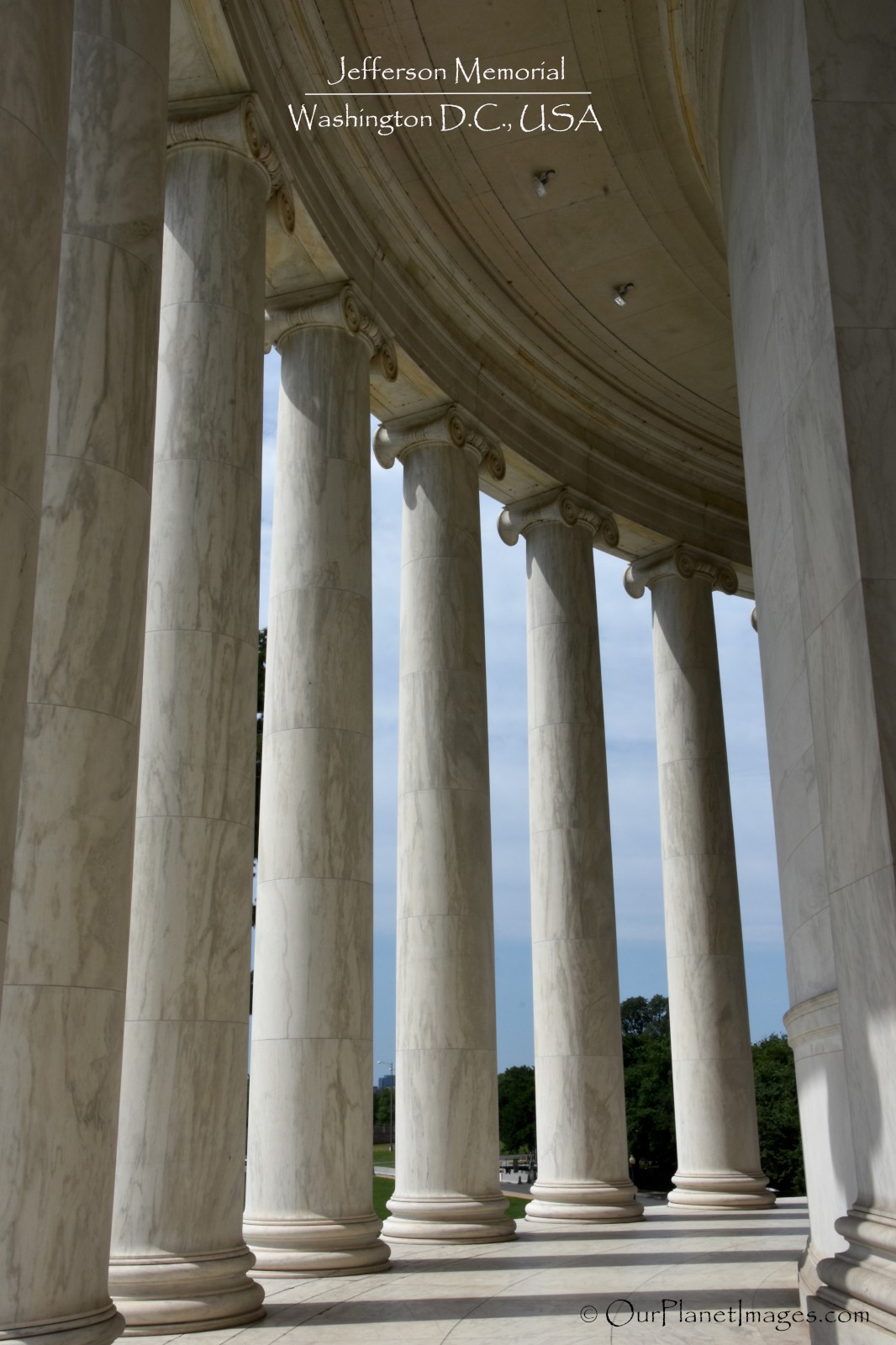 Inside the memorial stands a 19 foot bronze statue of President Jefferson in the center of the rotunda holding the Declaration of Independence in his left hand. 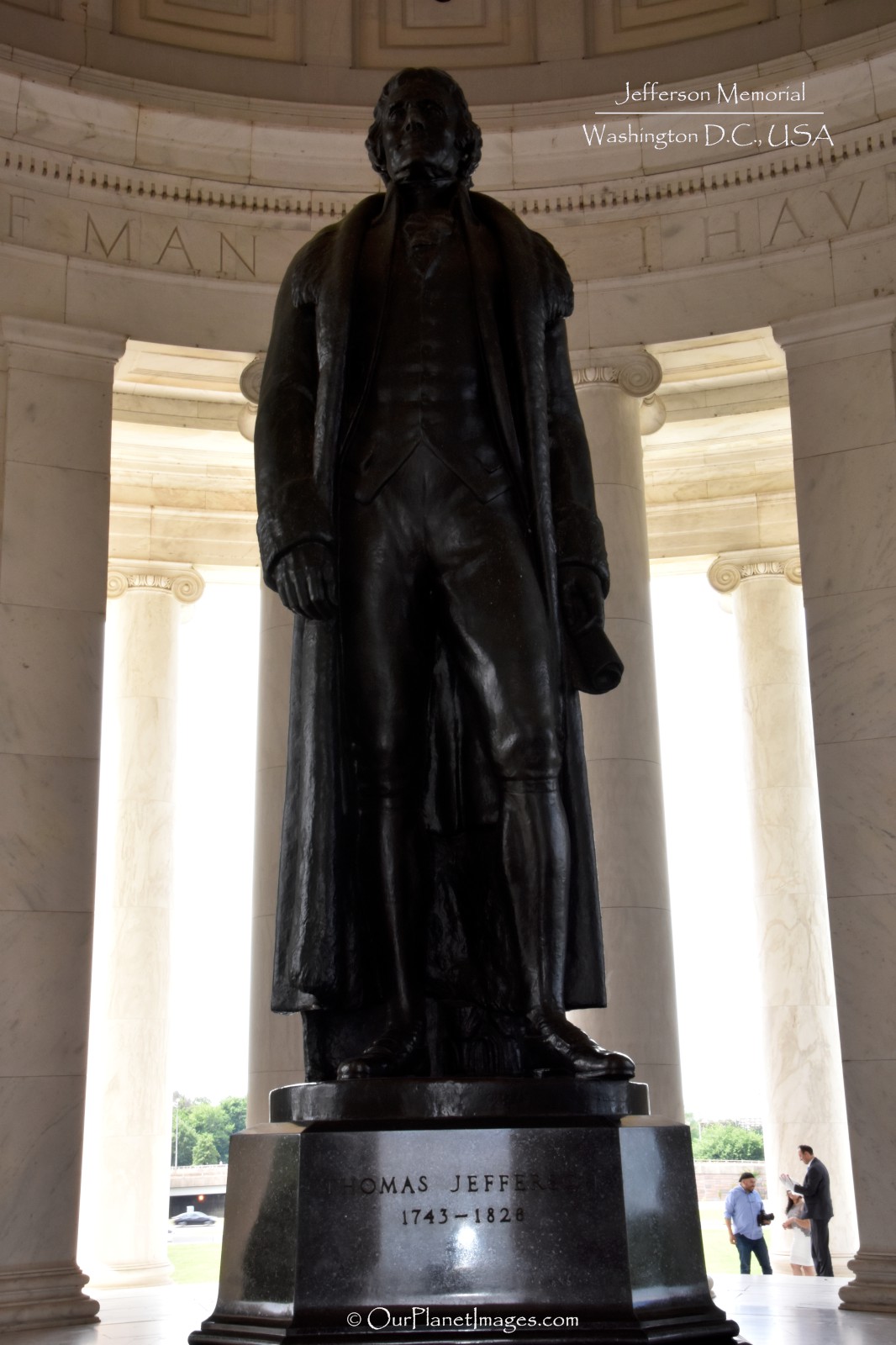 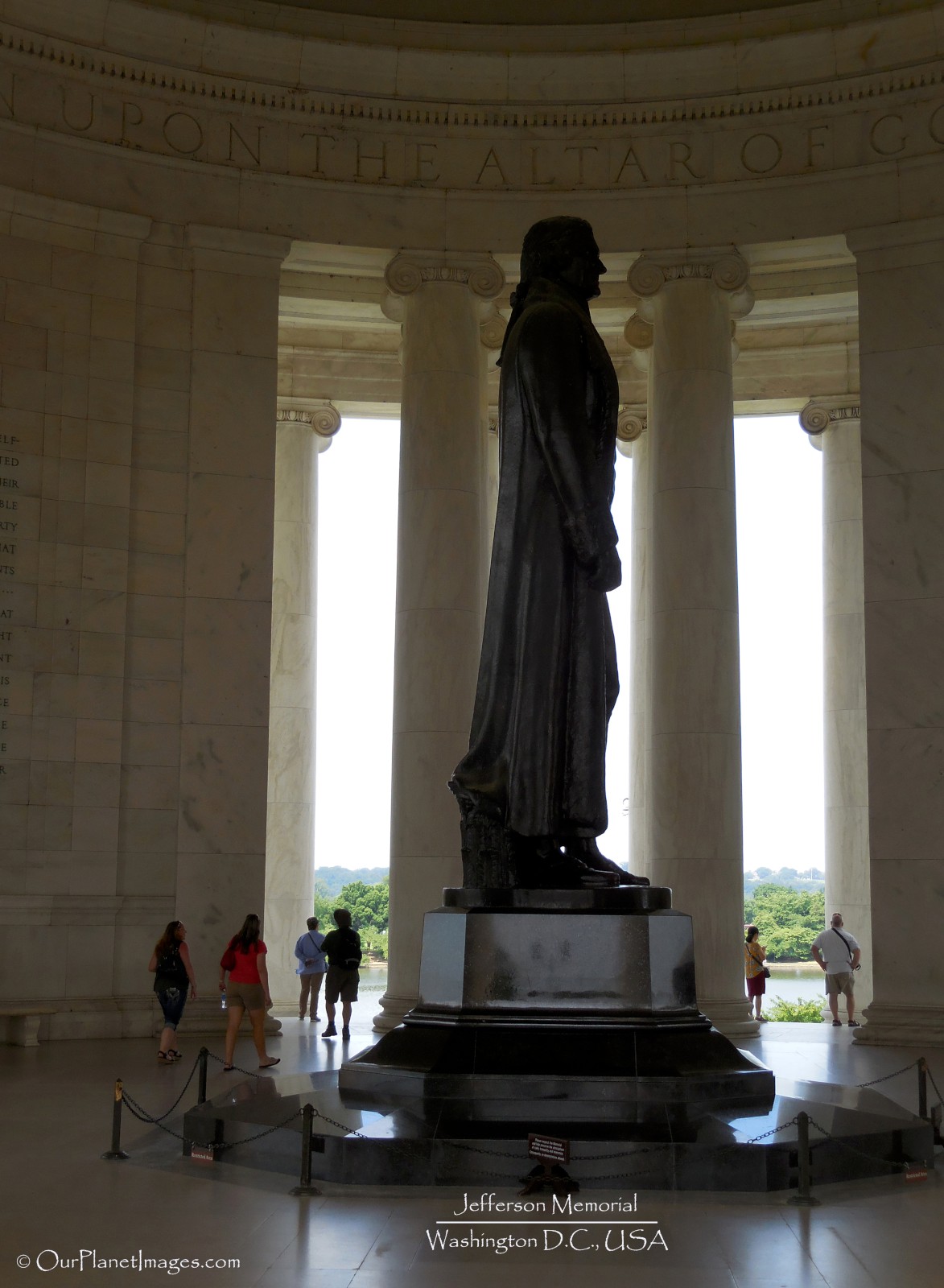 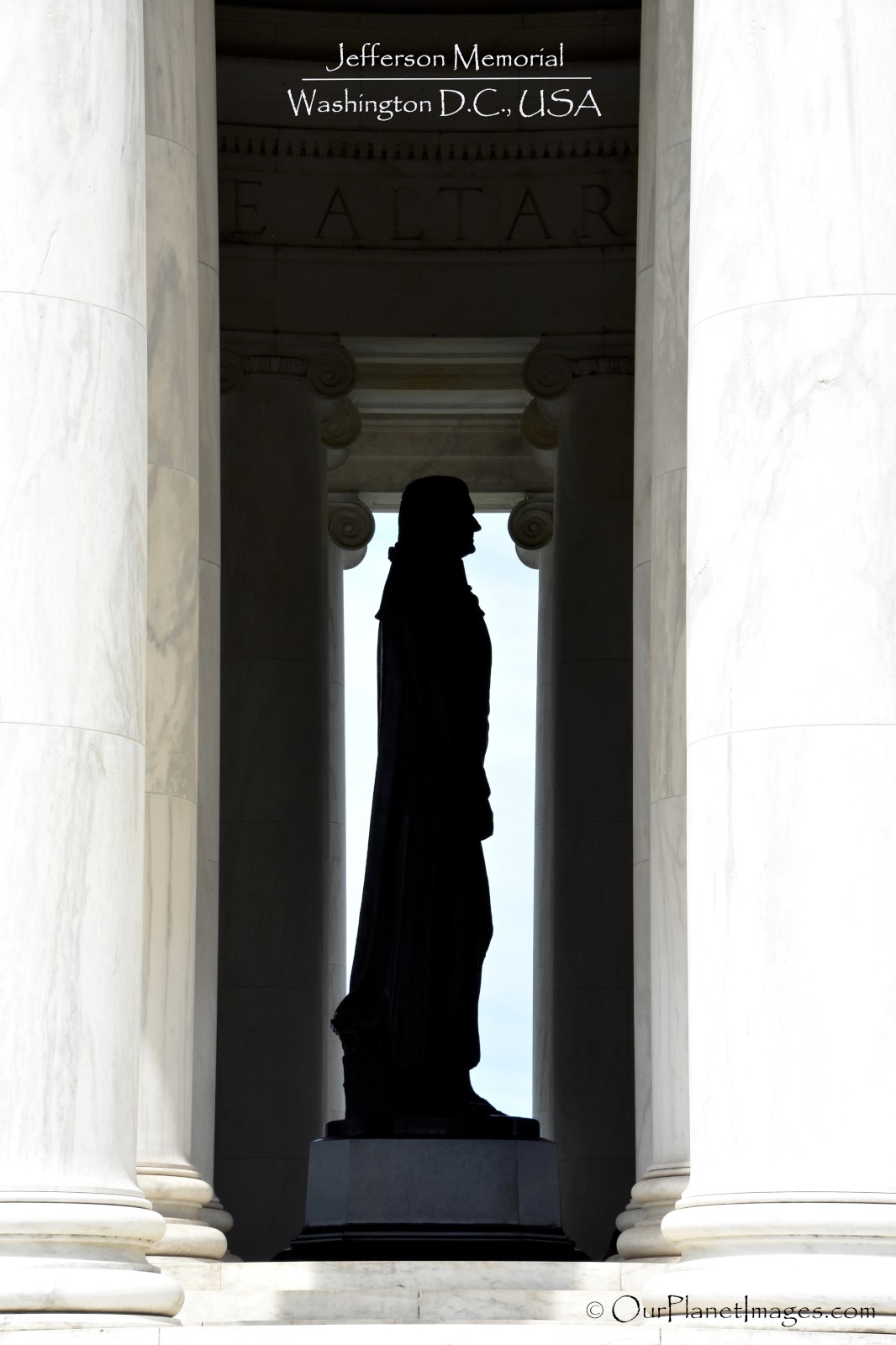 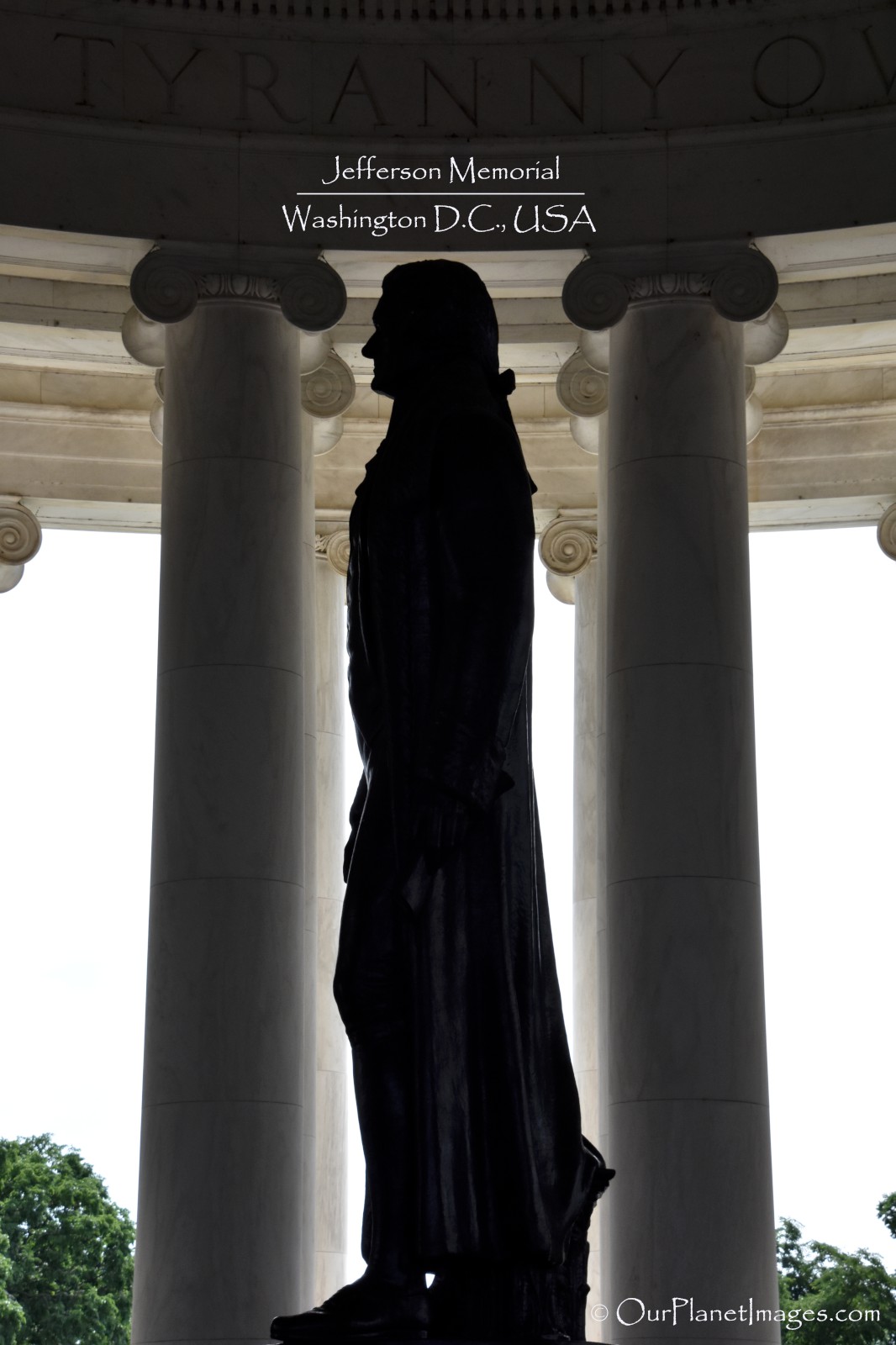 The dome of the rotunda is 82 feet in diameter and reaches a height of 91 feet. Circling the base of the dome above the columns is a quote taken from a letter that Jefferson wrote to Benjamin Rush which reads “I have sworn upon the alter of God eternal hostility against every form of tyranny over the mind of man.” Portions of this quote are seen in the following two photos. 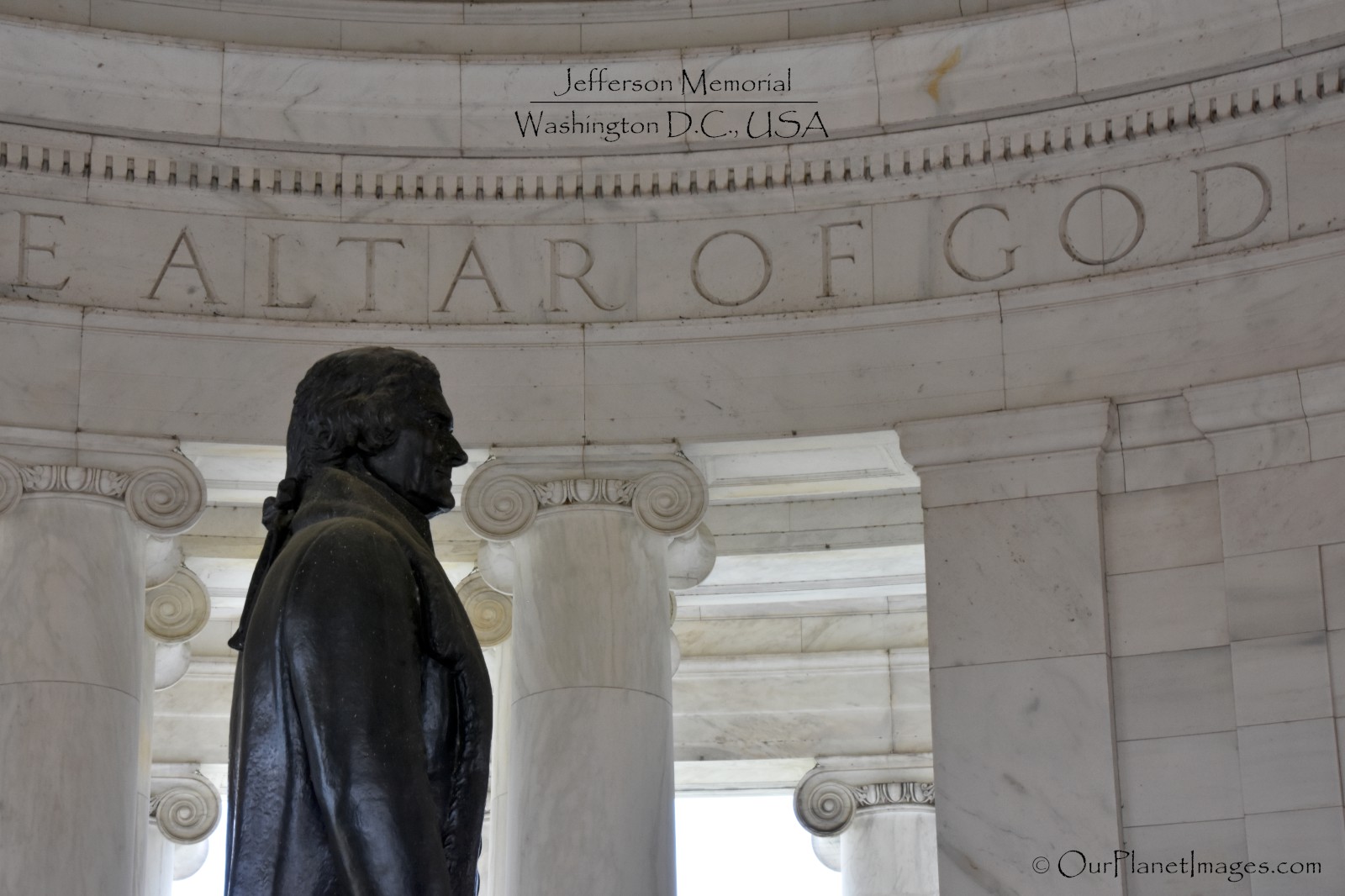 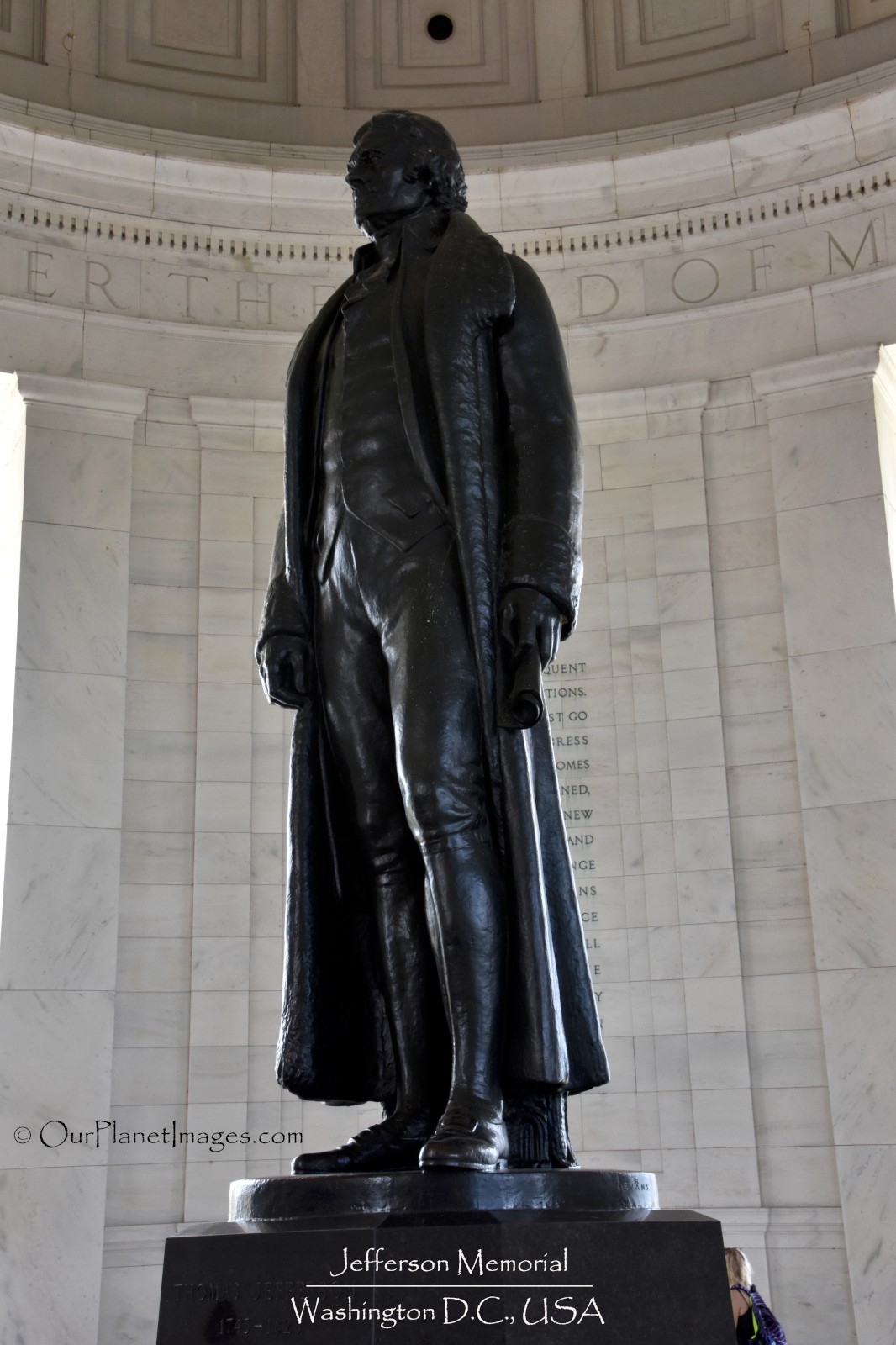 Quotations from Jefferson’s writings are carved into the four wall panels of the memorial chamber. A quote taken from the Declaration of Independence which is the document that Jefferson was the primary author is located on the southwest wall and is shown in the following two photos.

Other quotes from various documents are carved on remaining three wall panels which provide an insight to Jefferson’s views on relevant topics that were issues during the founding of the country but are also issues that are still important today. 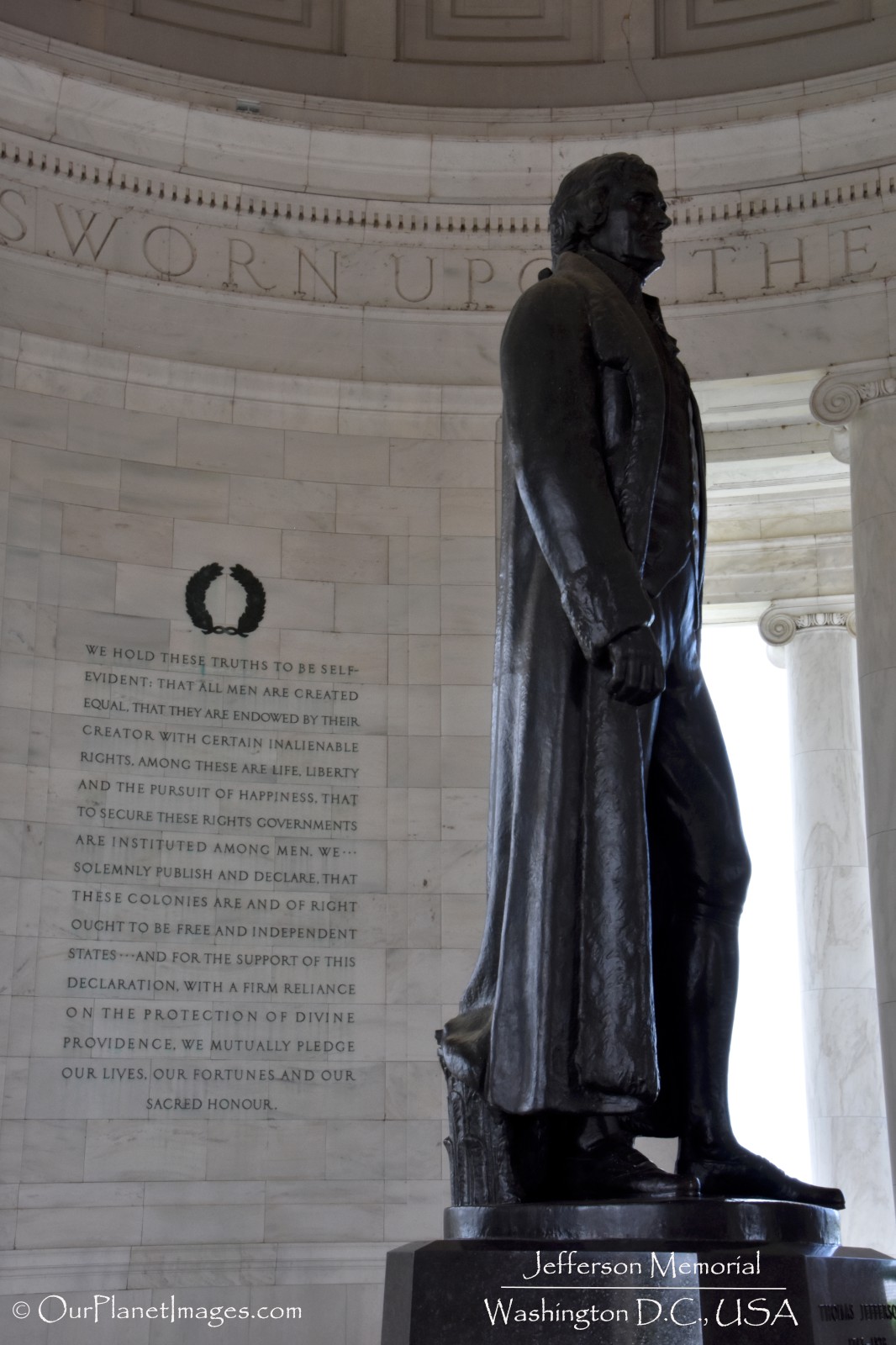 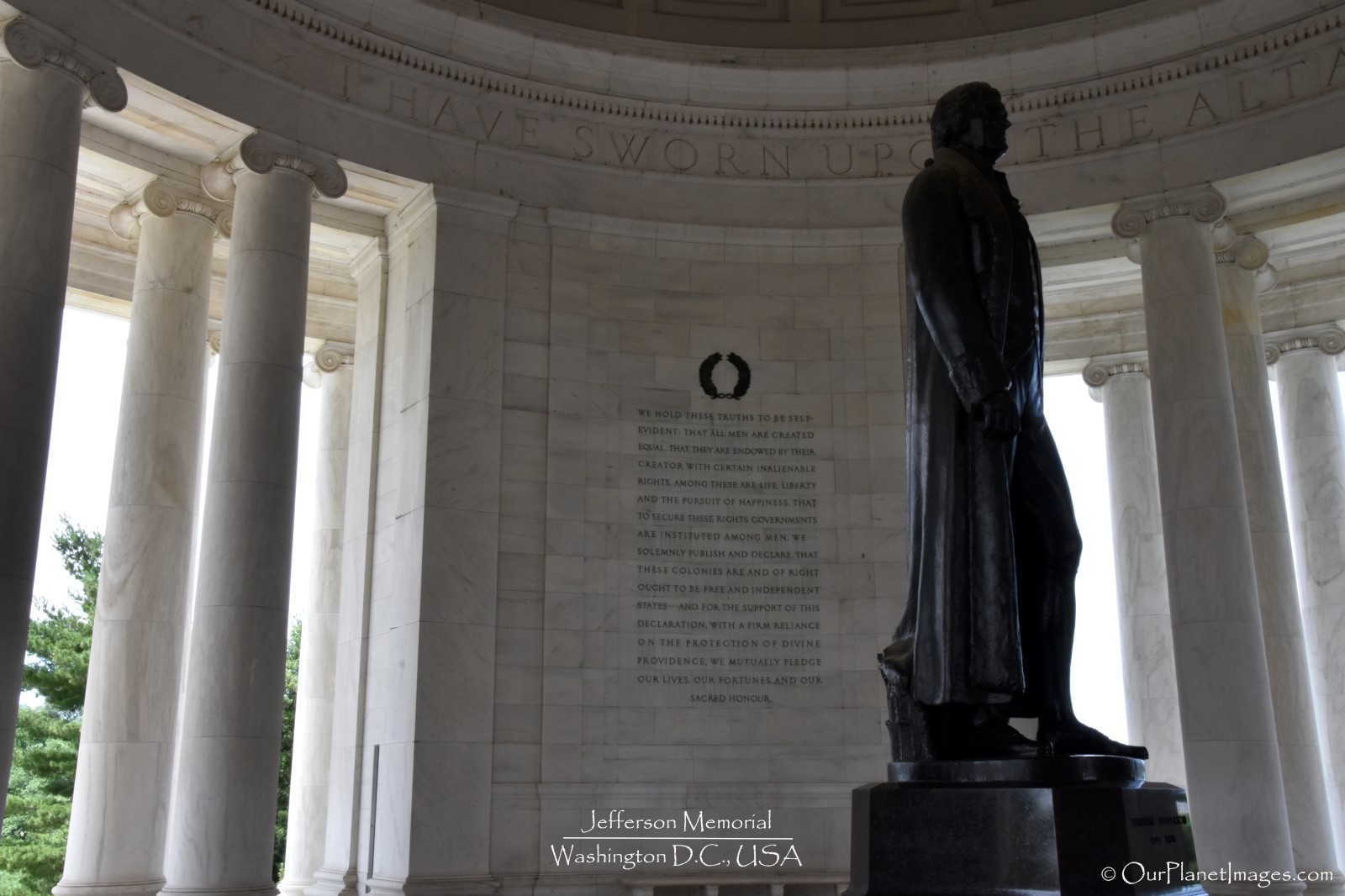 The amazing thing about all of the monuments in the National Mall is that they all seem to be more beautiful in the twilight of the day and even at night. The Jefferson Memorial is no exception so I have included a series of photos that shows the transition of the memorial as the evening fades to night. 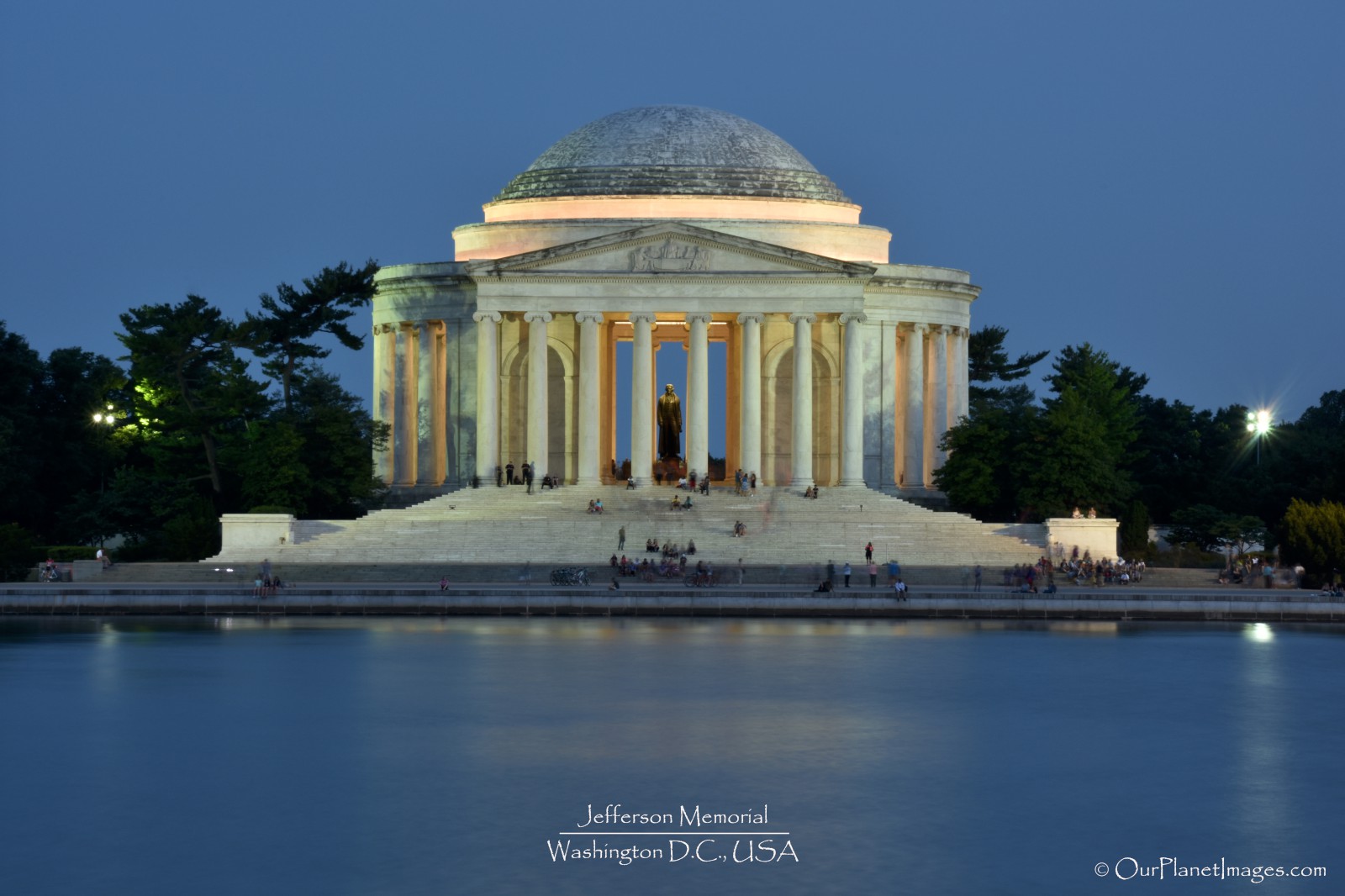 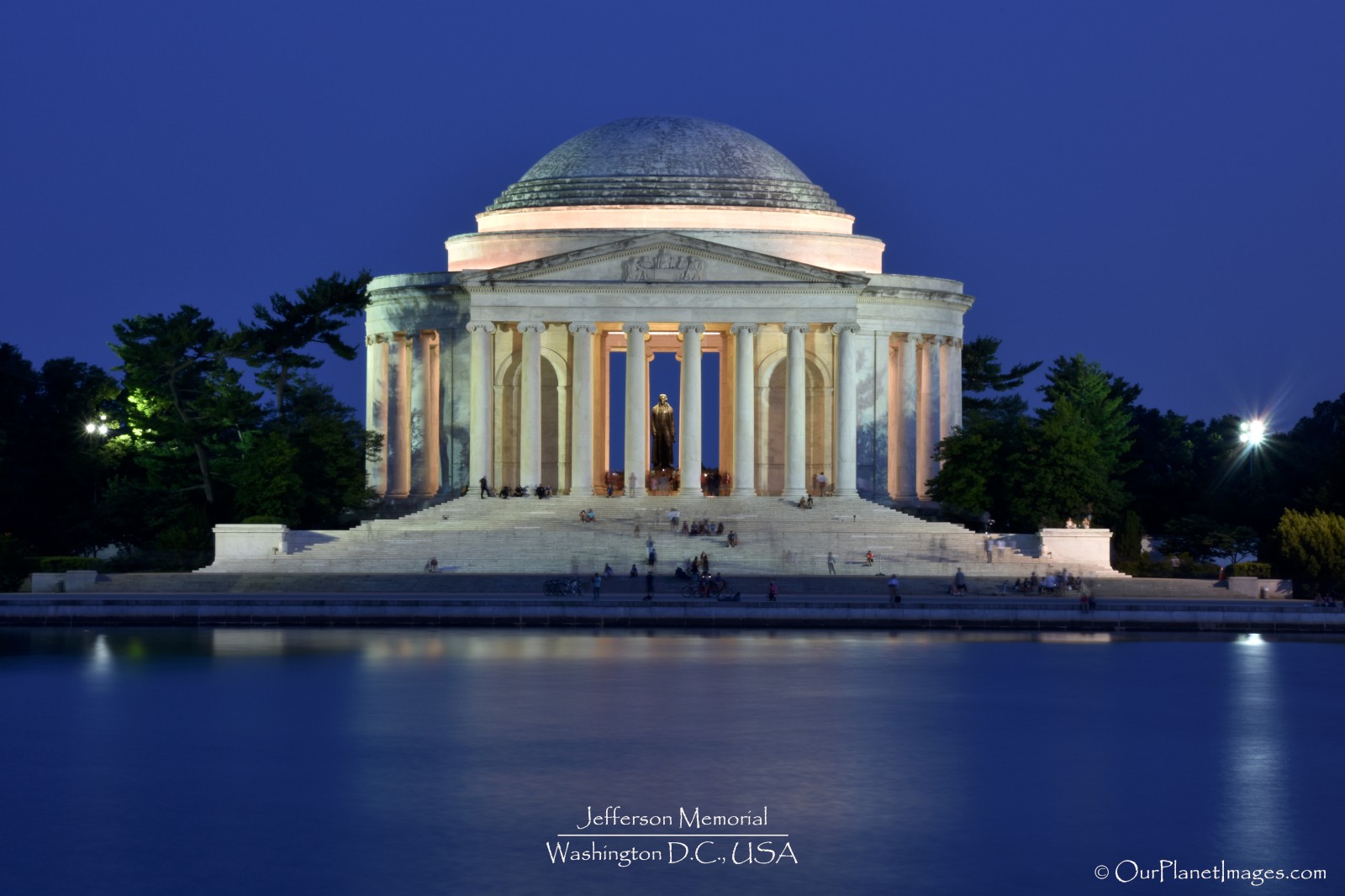 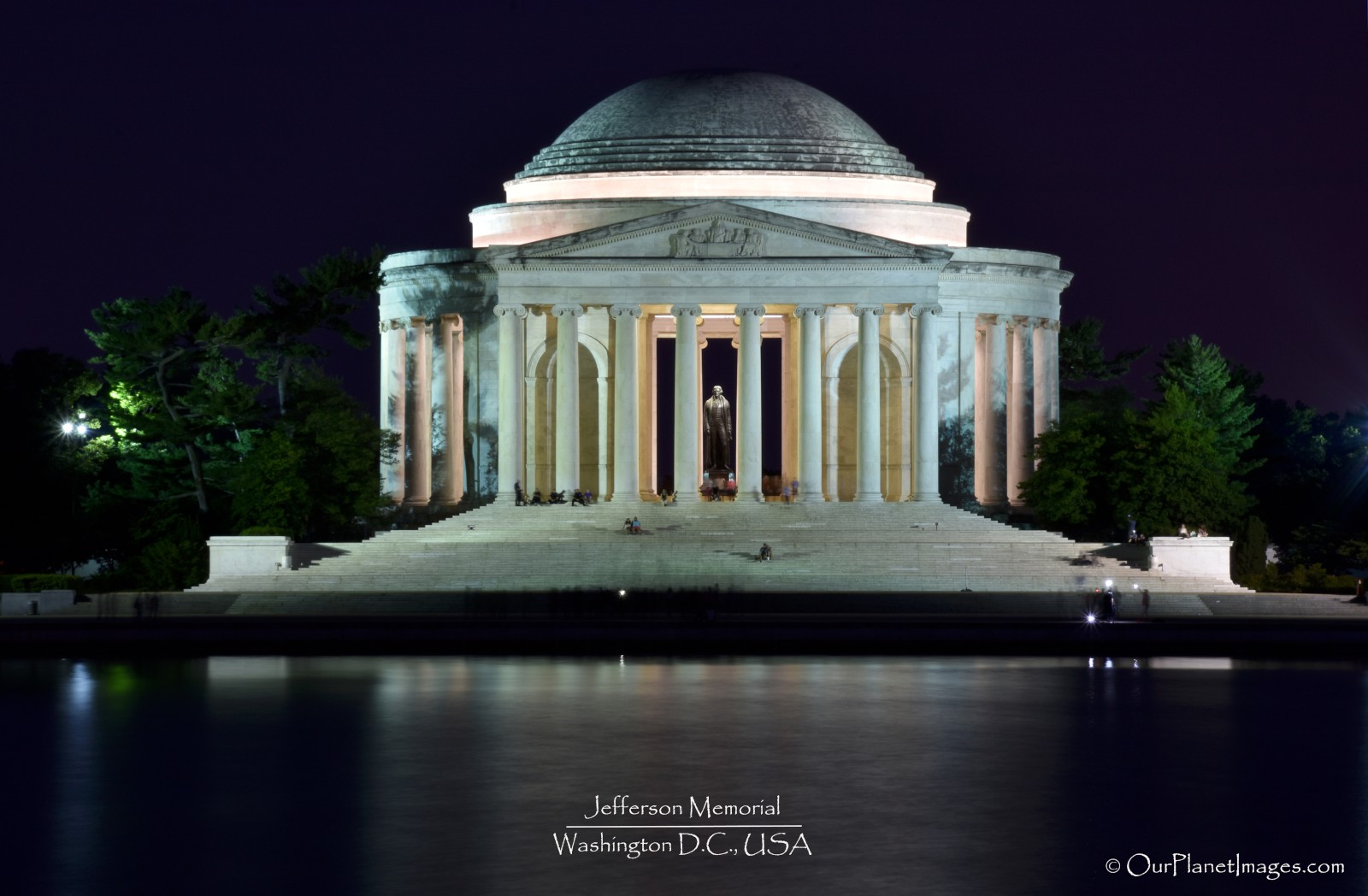 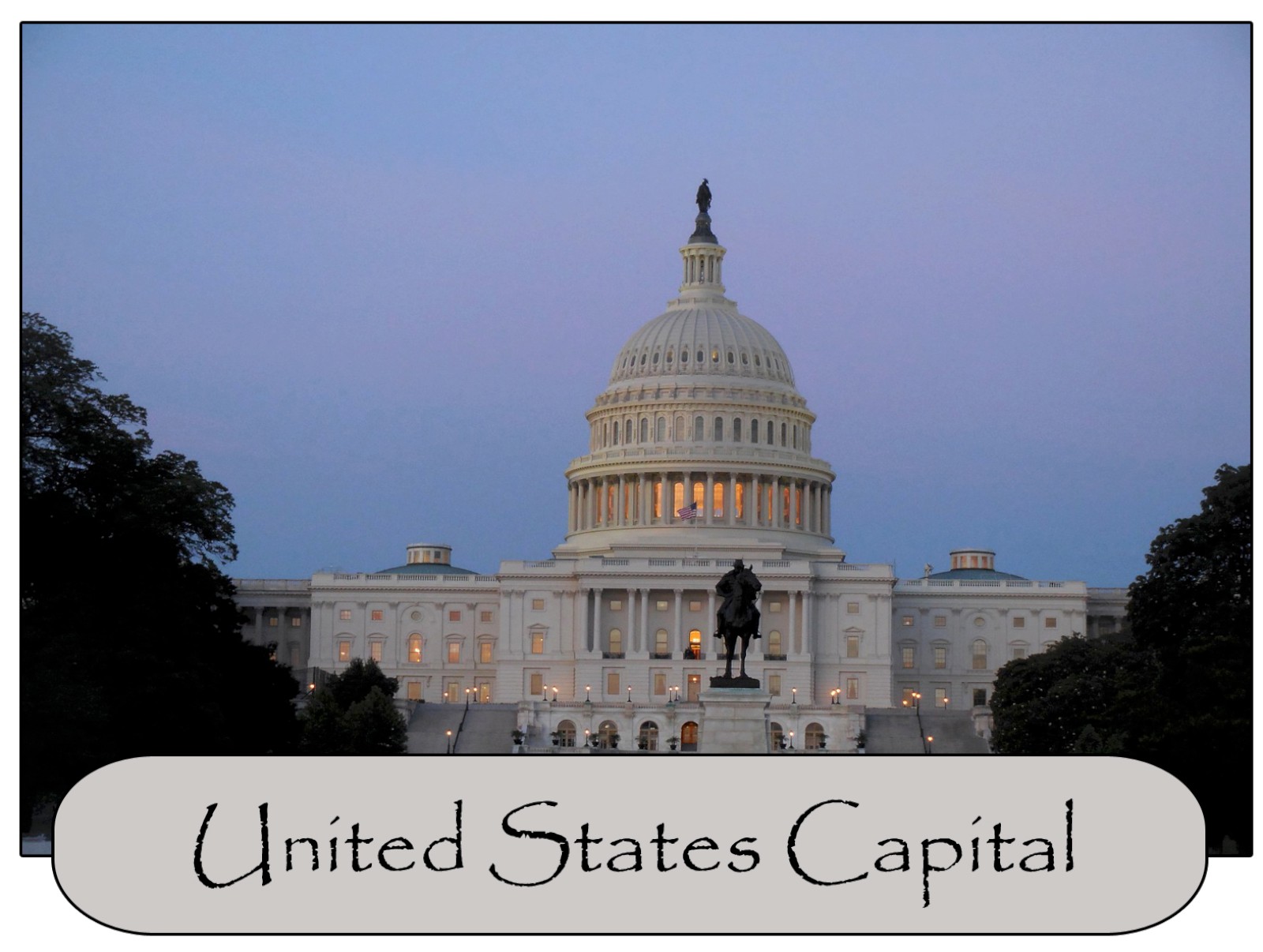 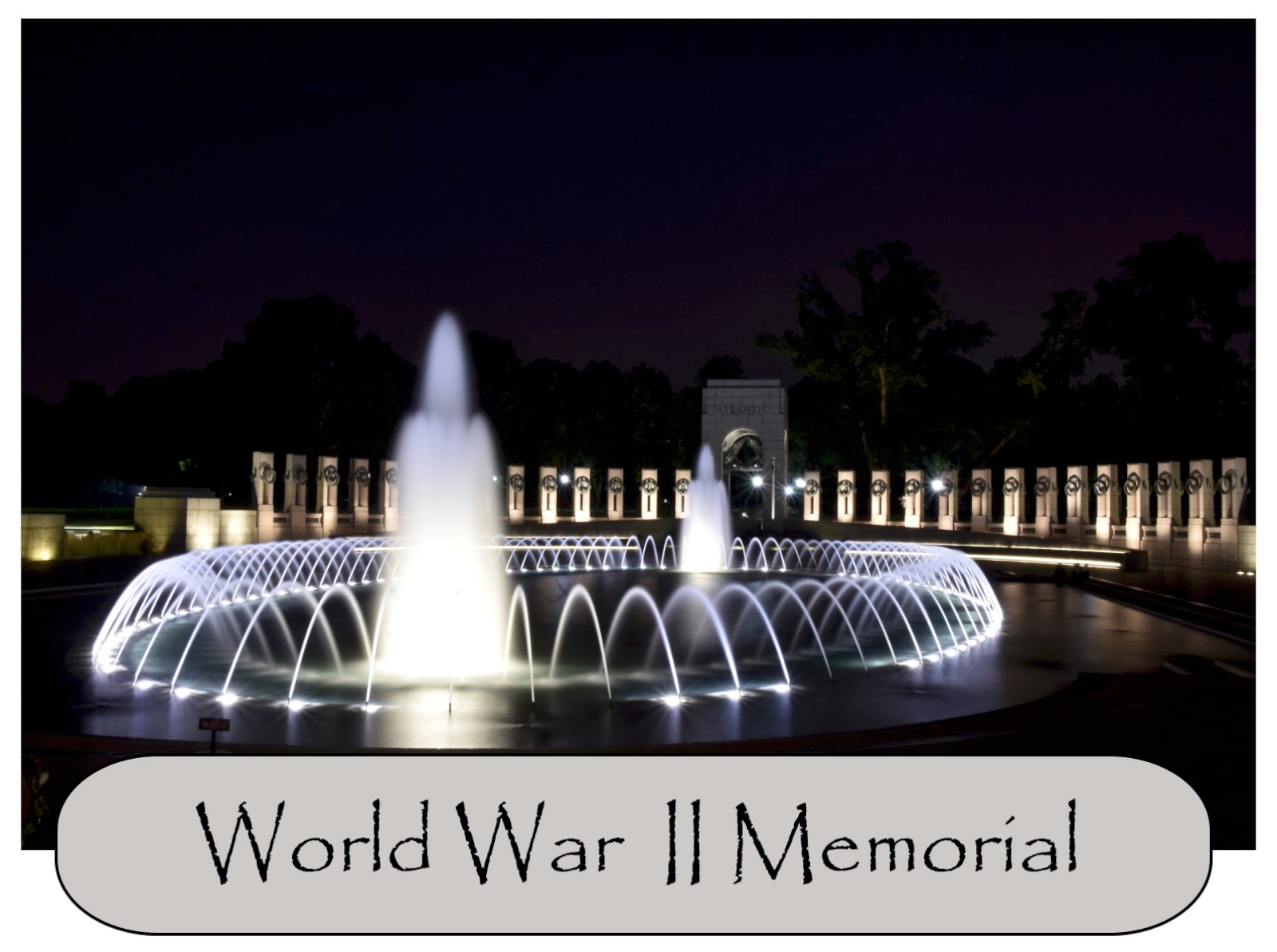