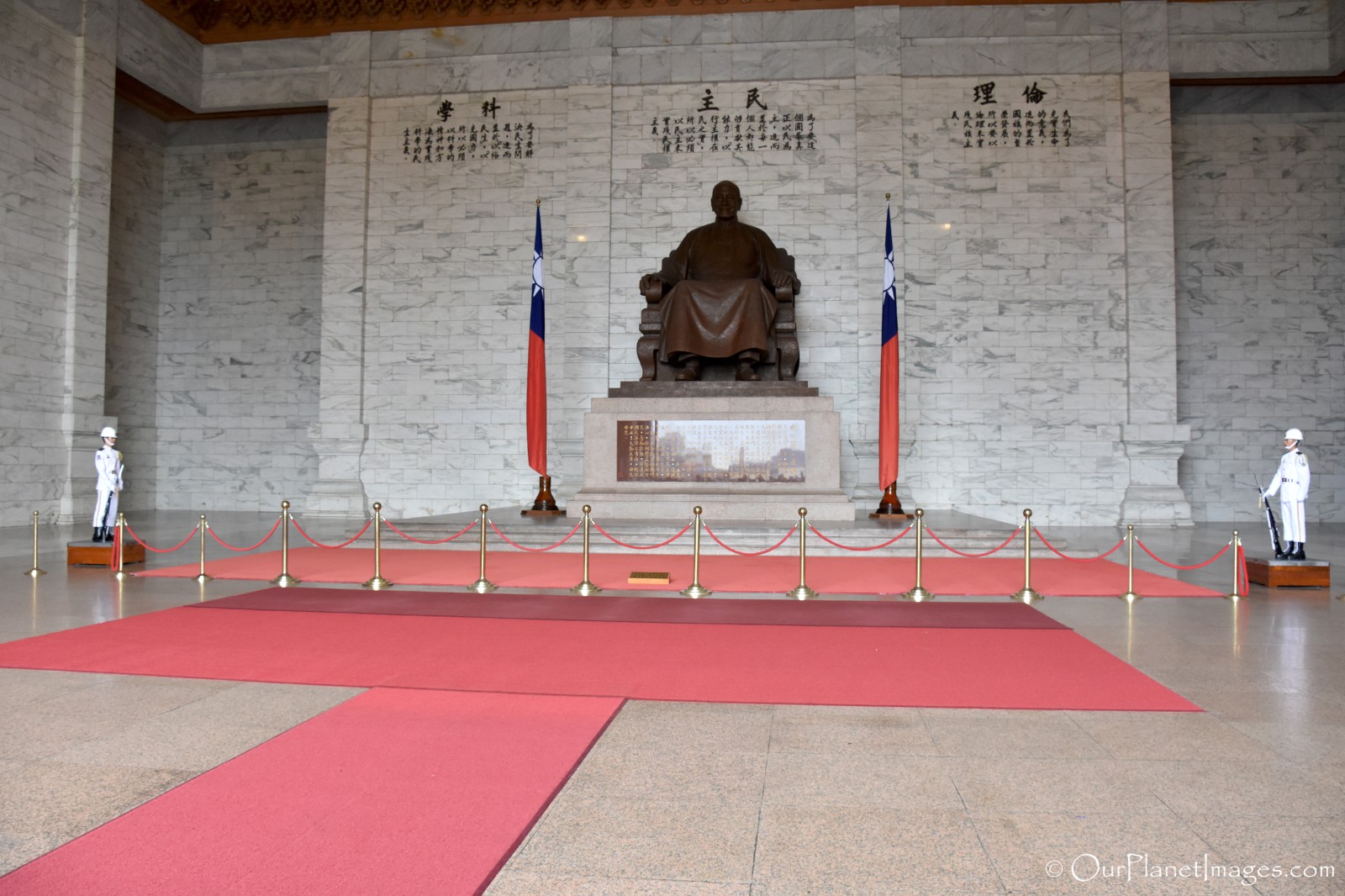 The basics of the ceremony is no different than other changing of the guard ceremonies. The on duty guards stand on duty until the replacement guards arrive and then they exchange places and the new guards take their position on the guard box and the original guards march off to rest.

The ceremony starts when the lead guard and the two new sentry guards march in and take their position in front of the statue of Chiang Kai-shek. 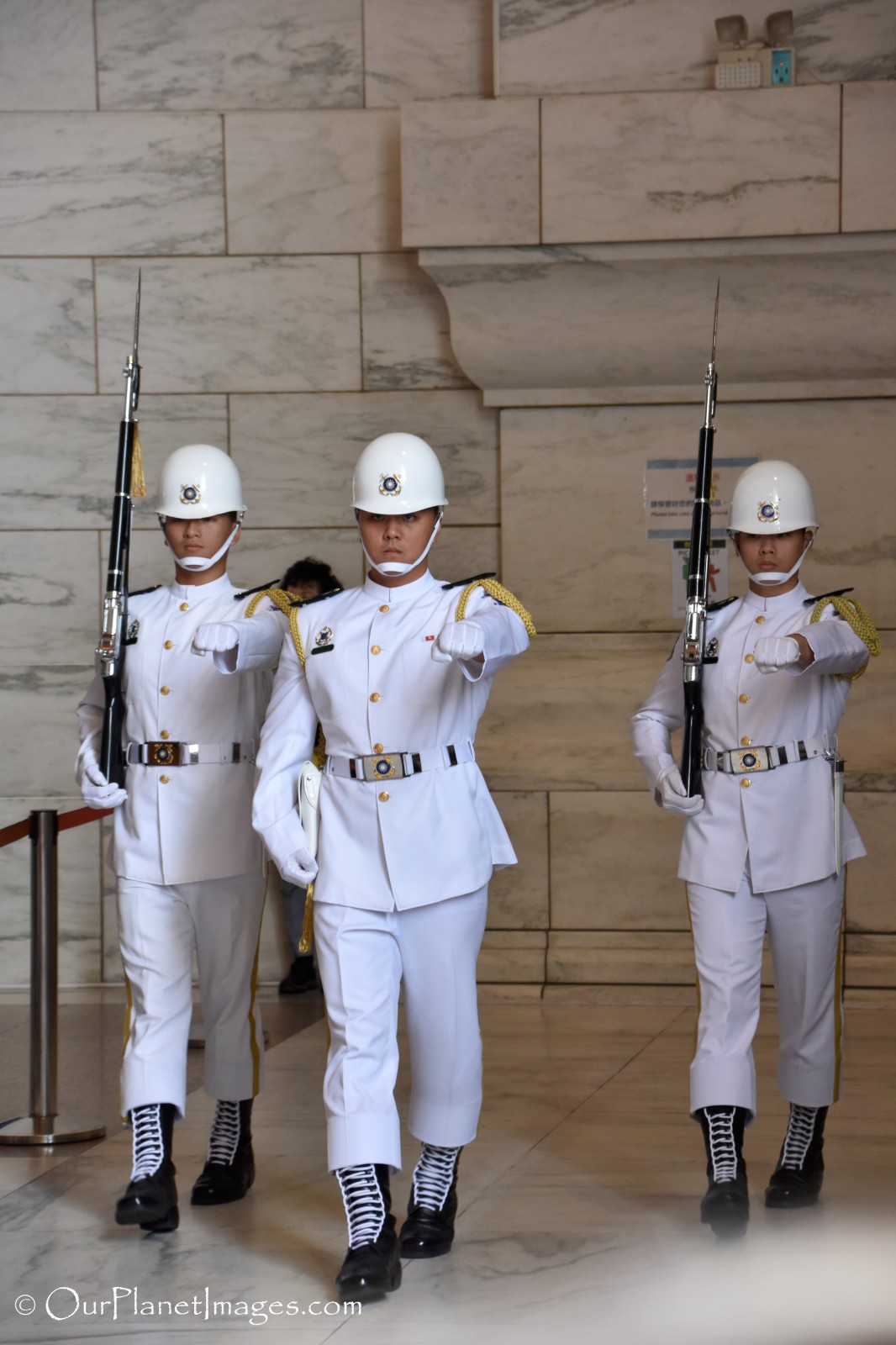 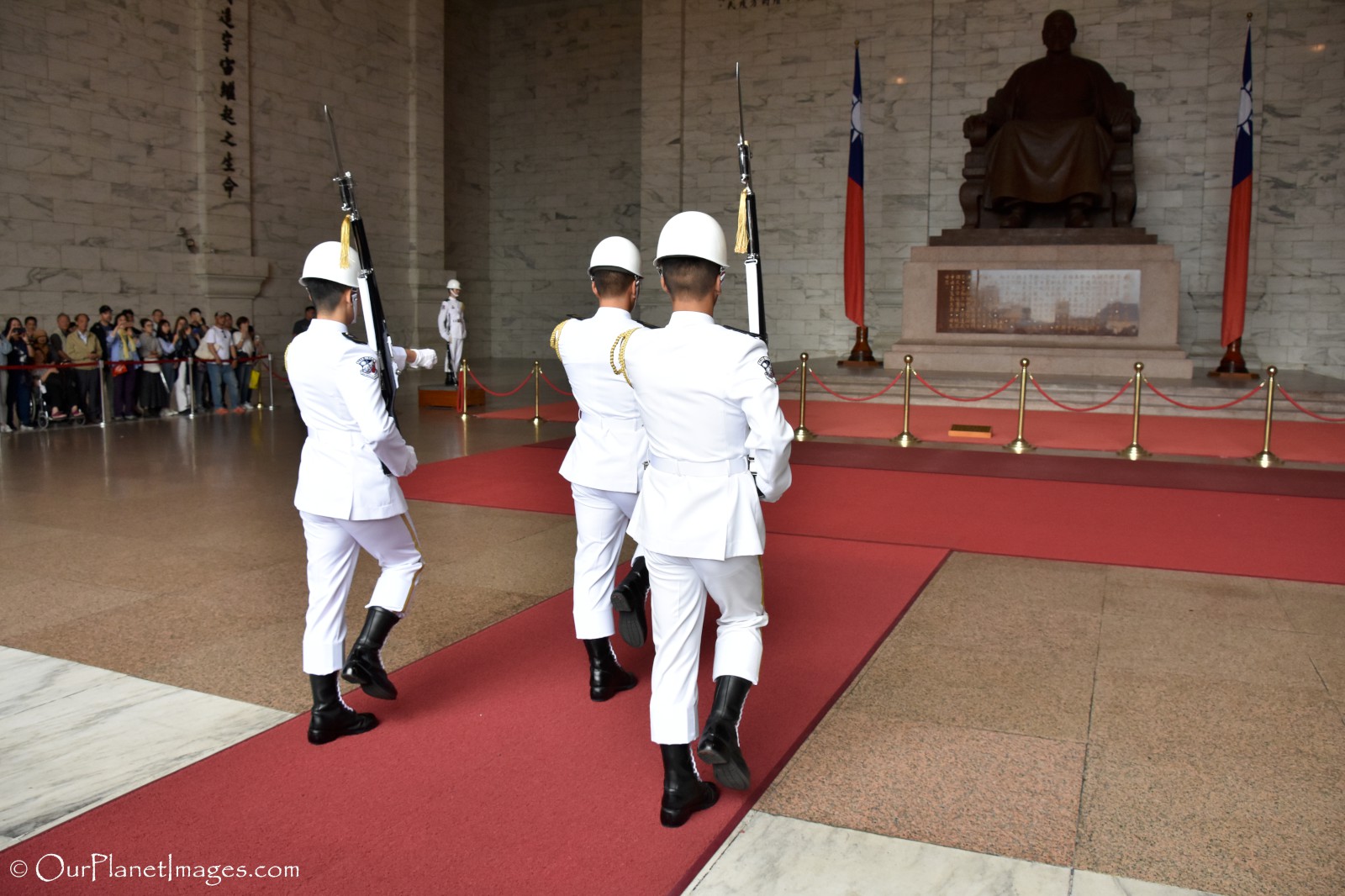 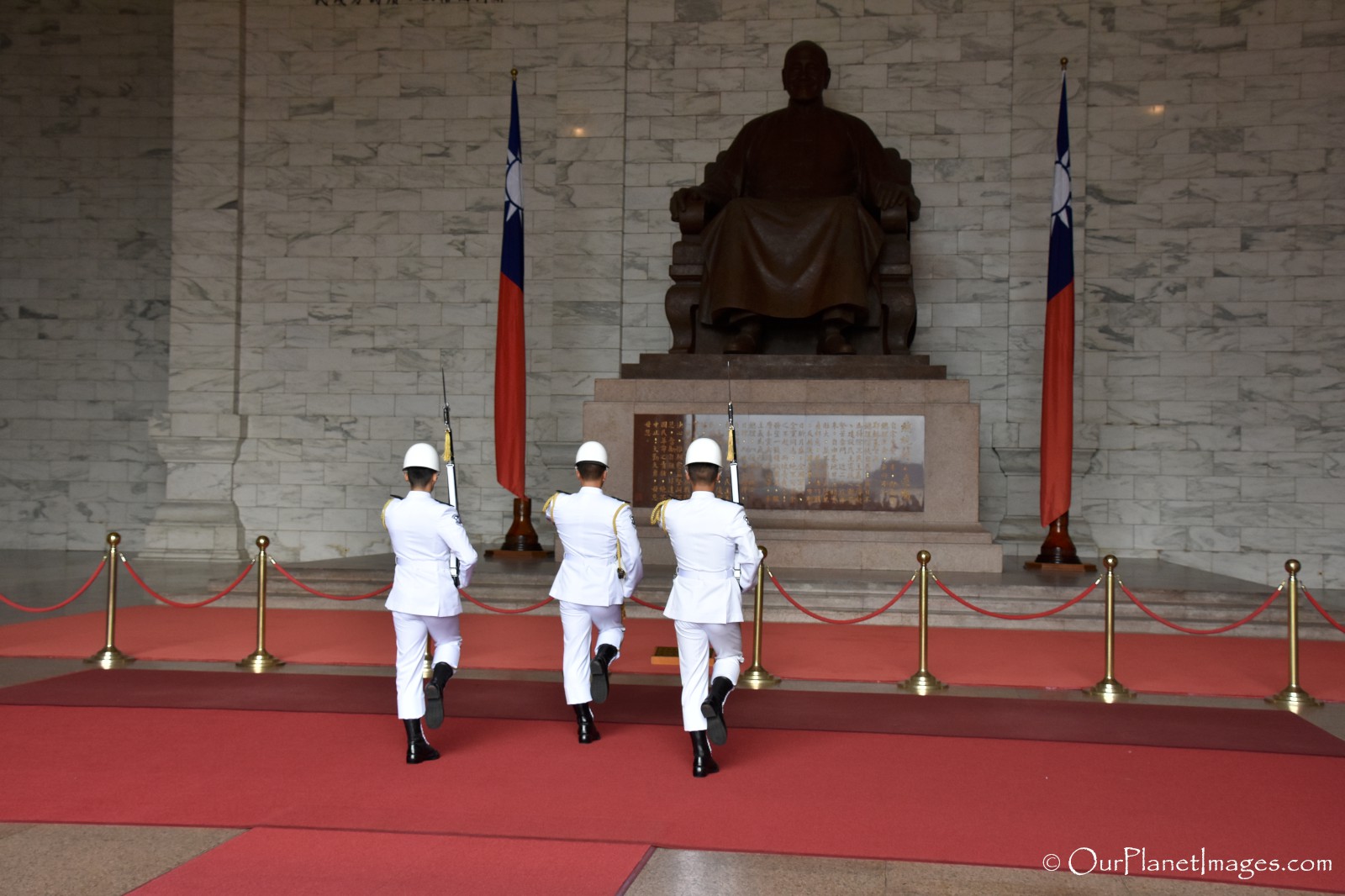 The on duty guards perform a rifle routine prior to leaving their position and then they join the new guards in front of the statue. 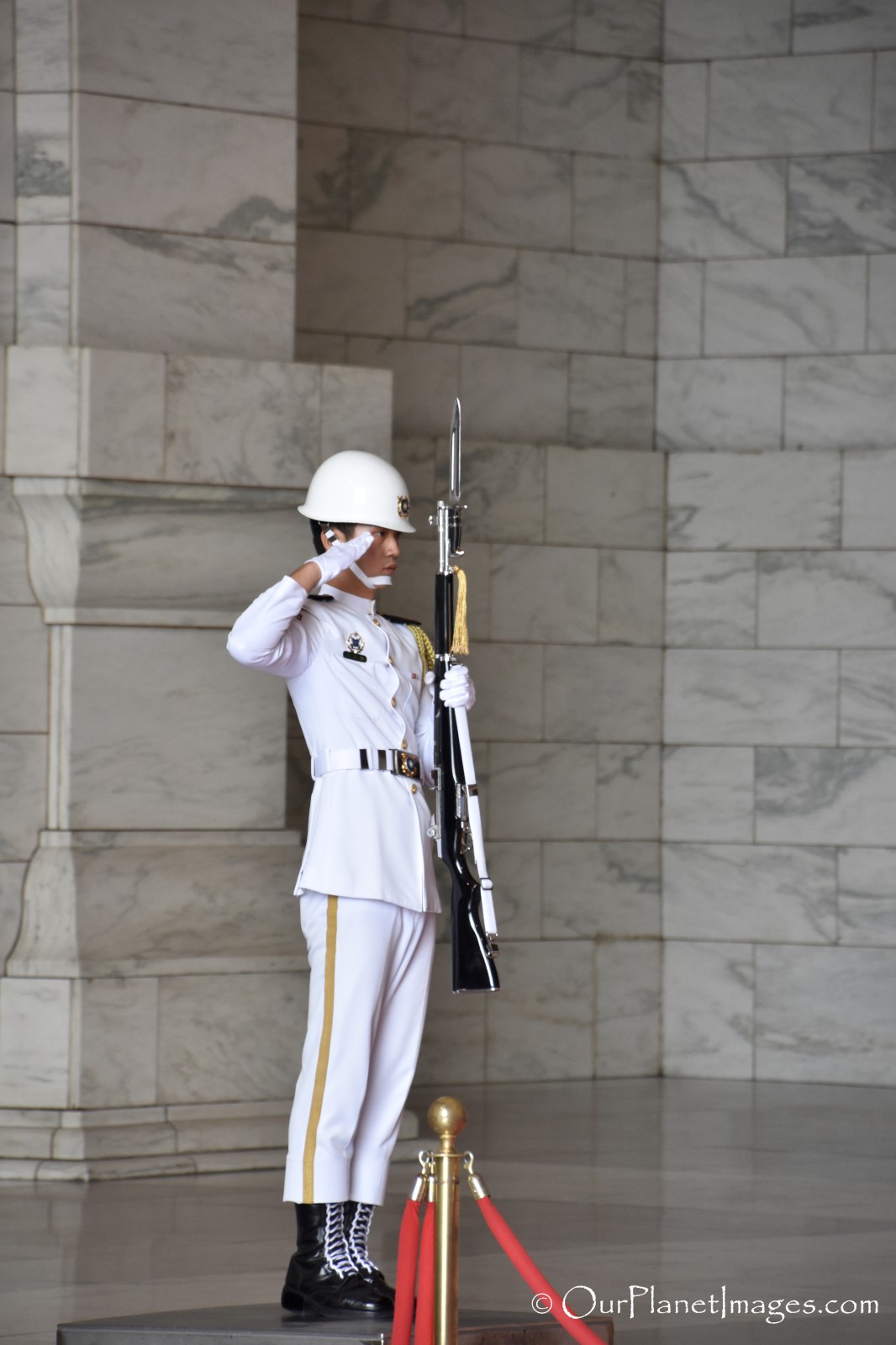 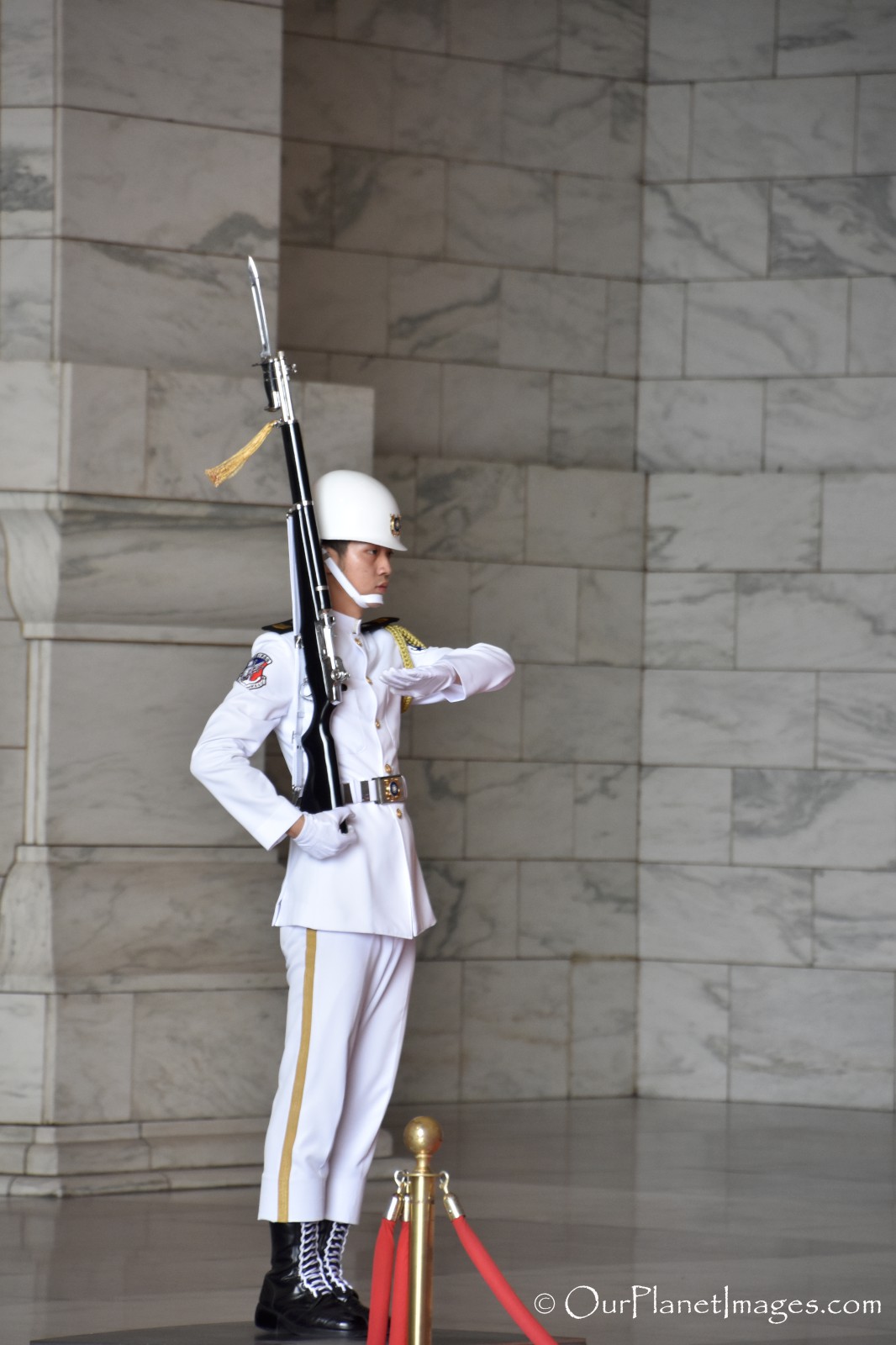 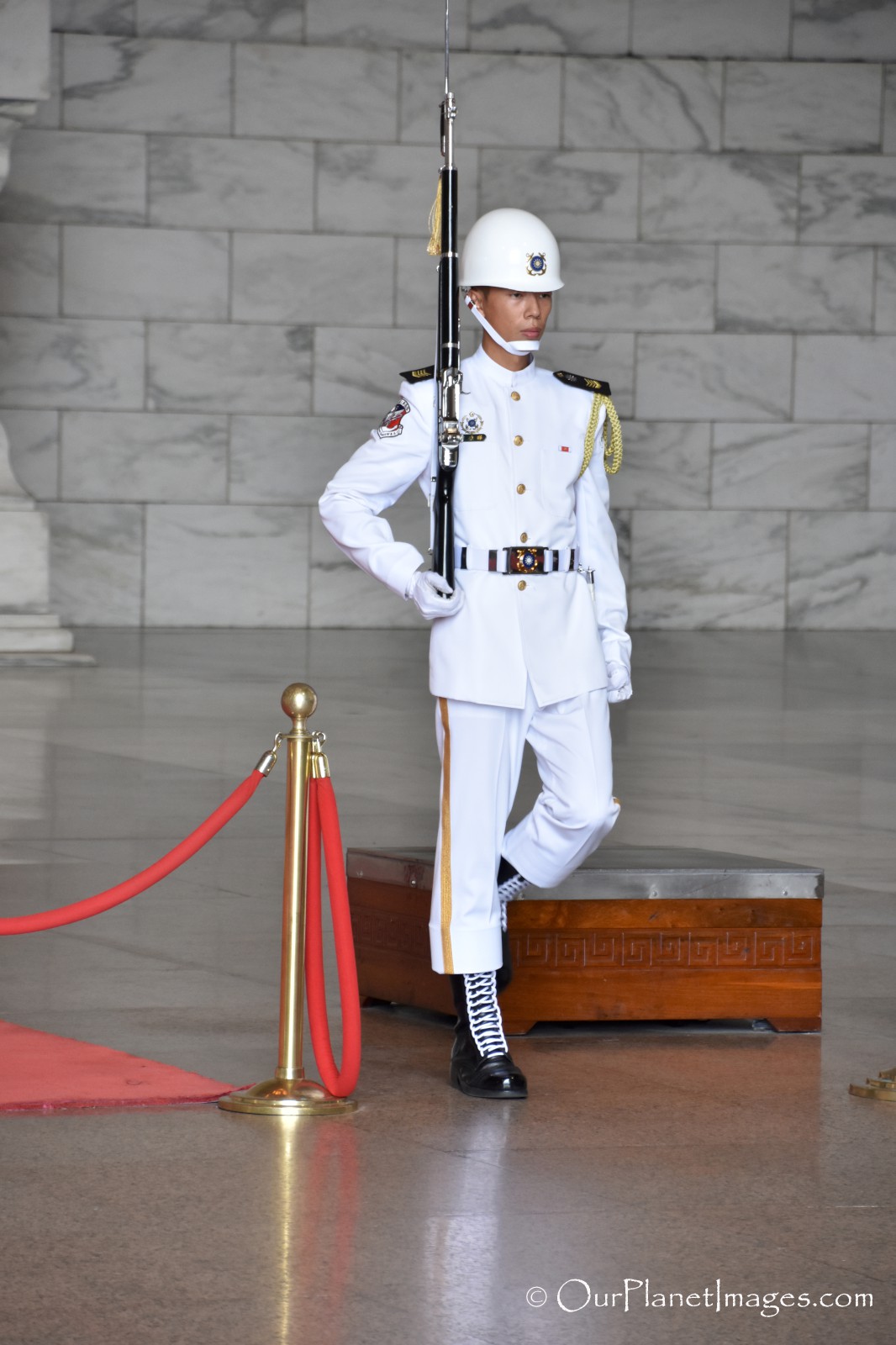 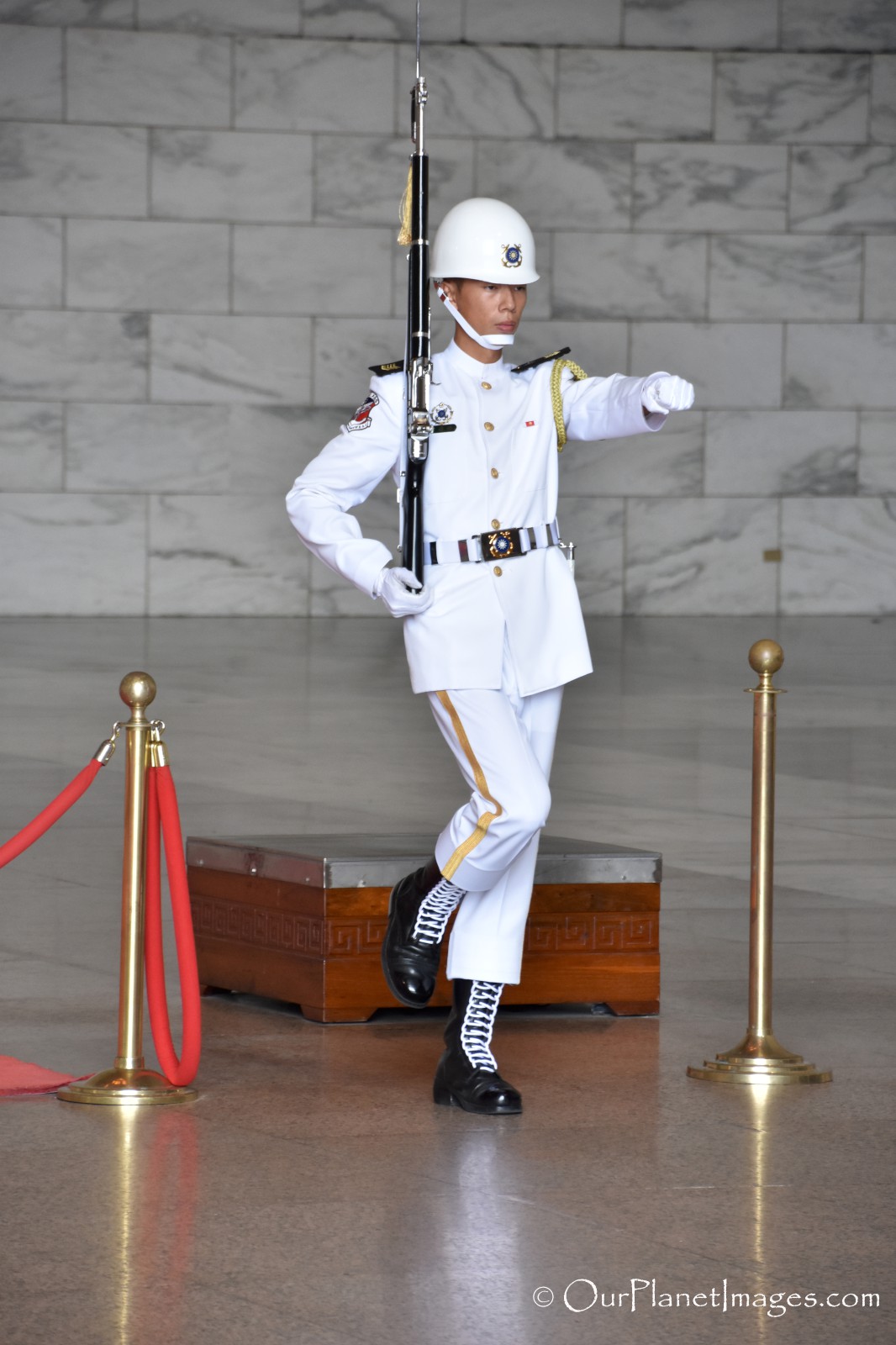 The on duty guards and replacement guards then face each other and they do a synchronized routine. 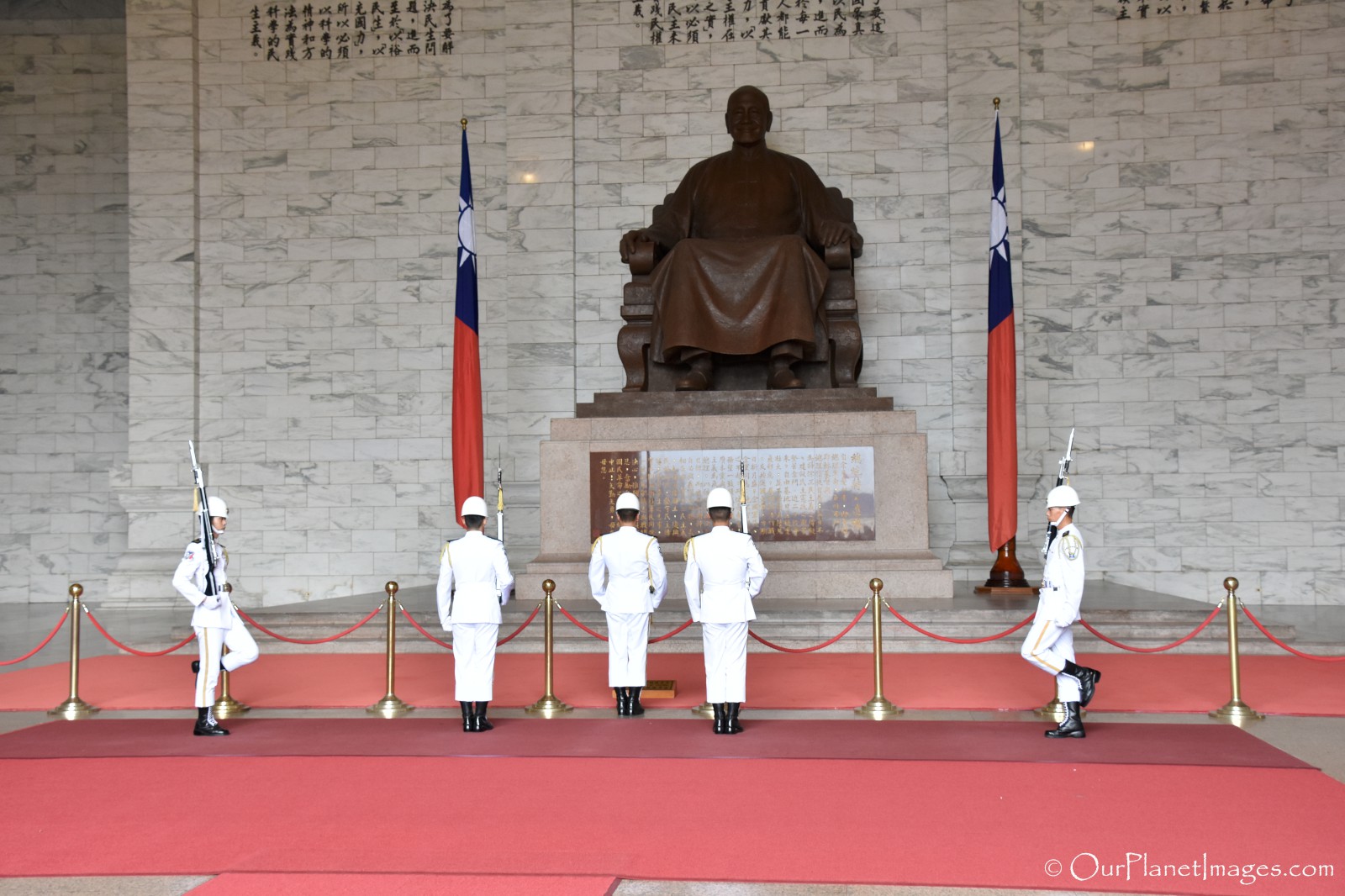 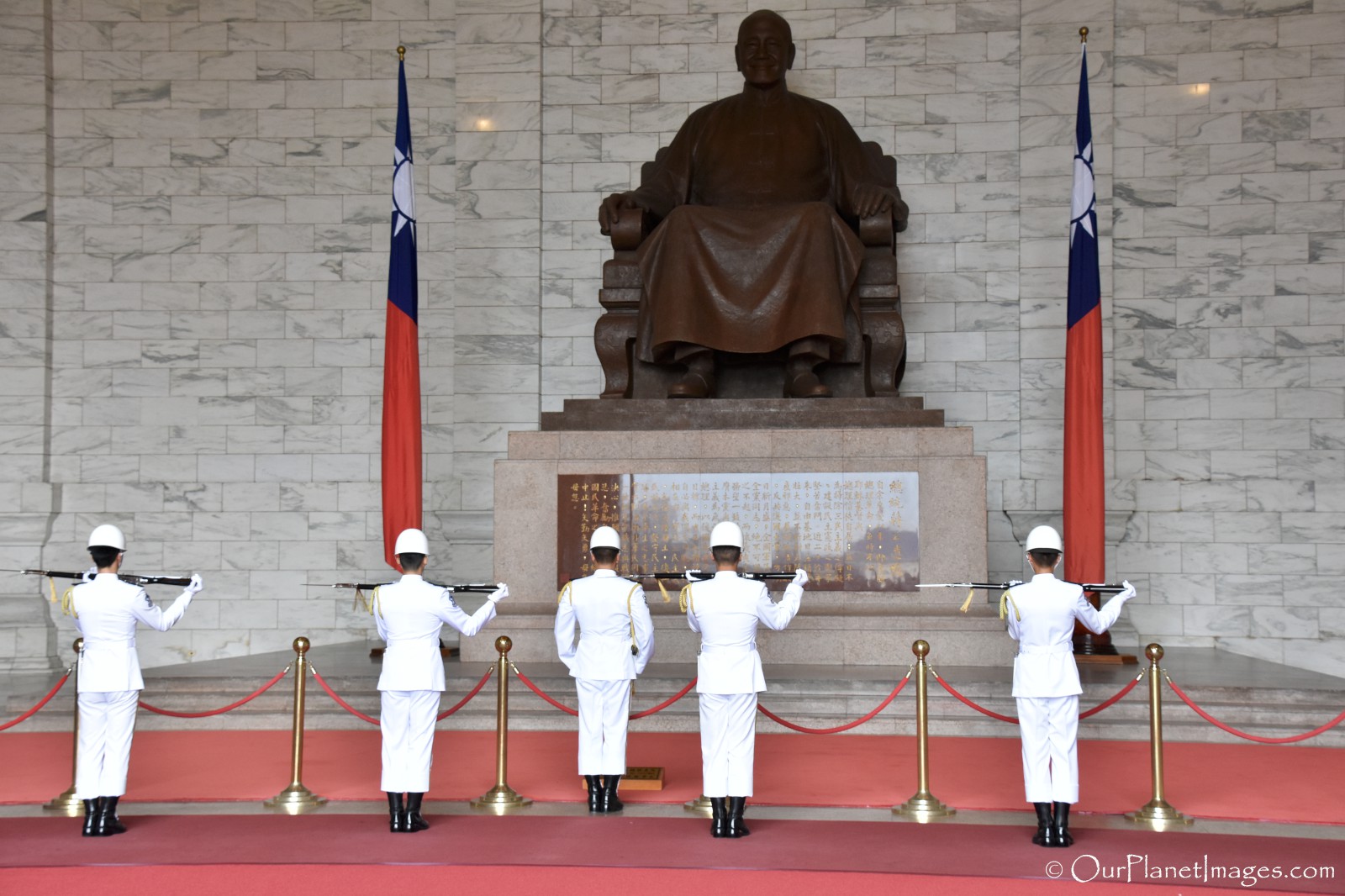 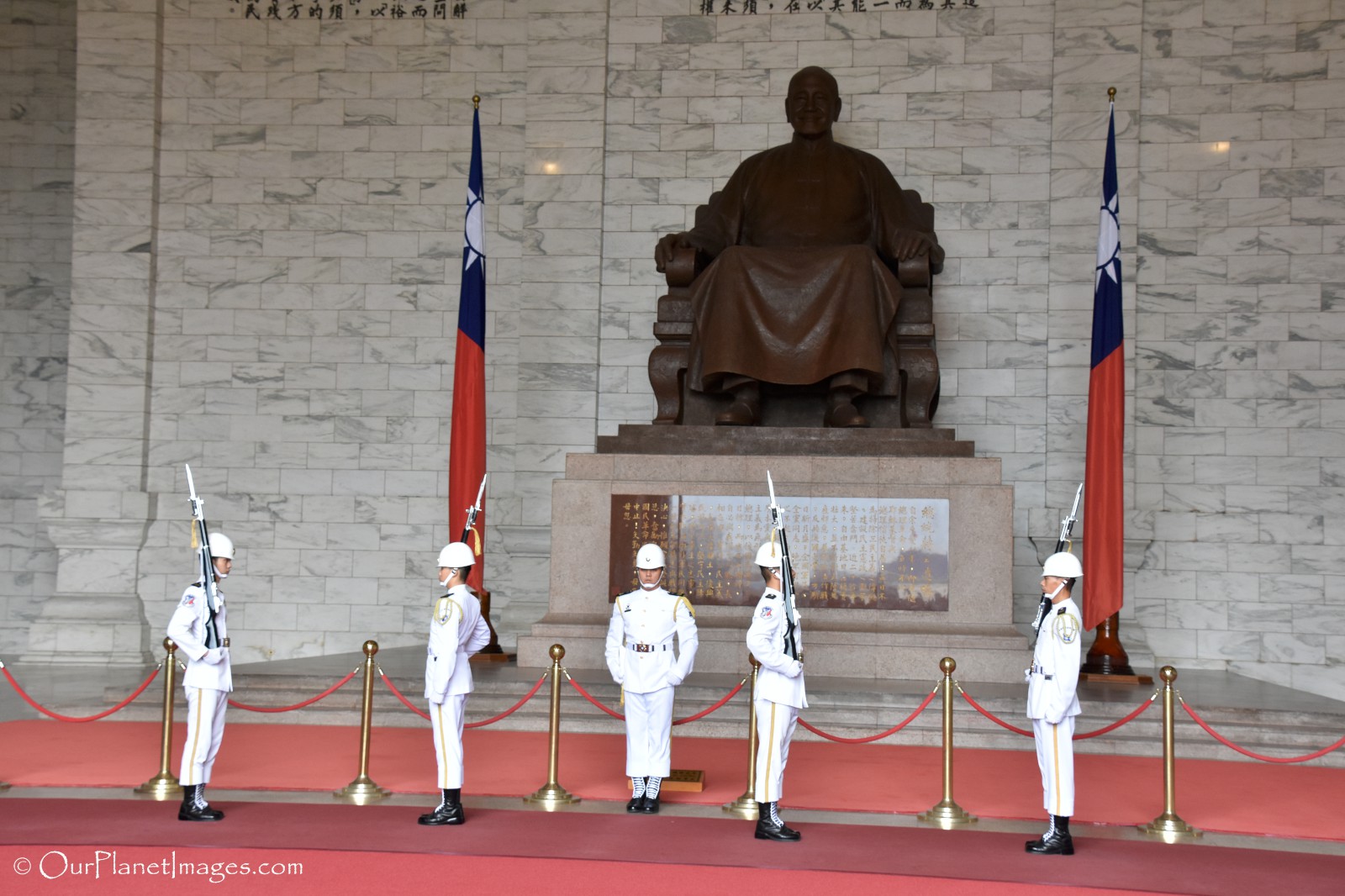 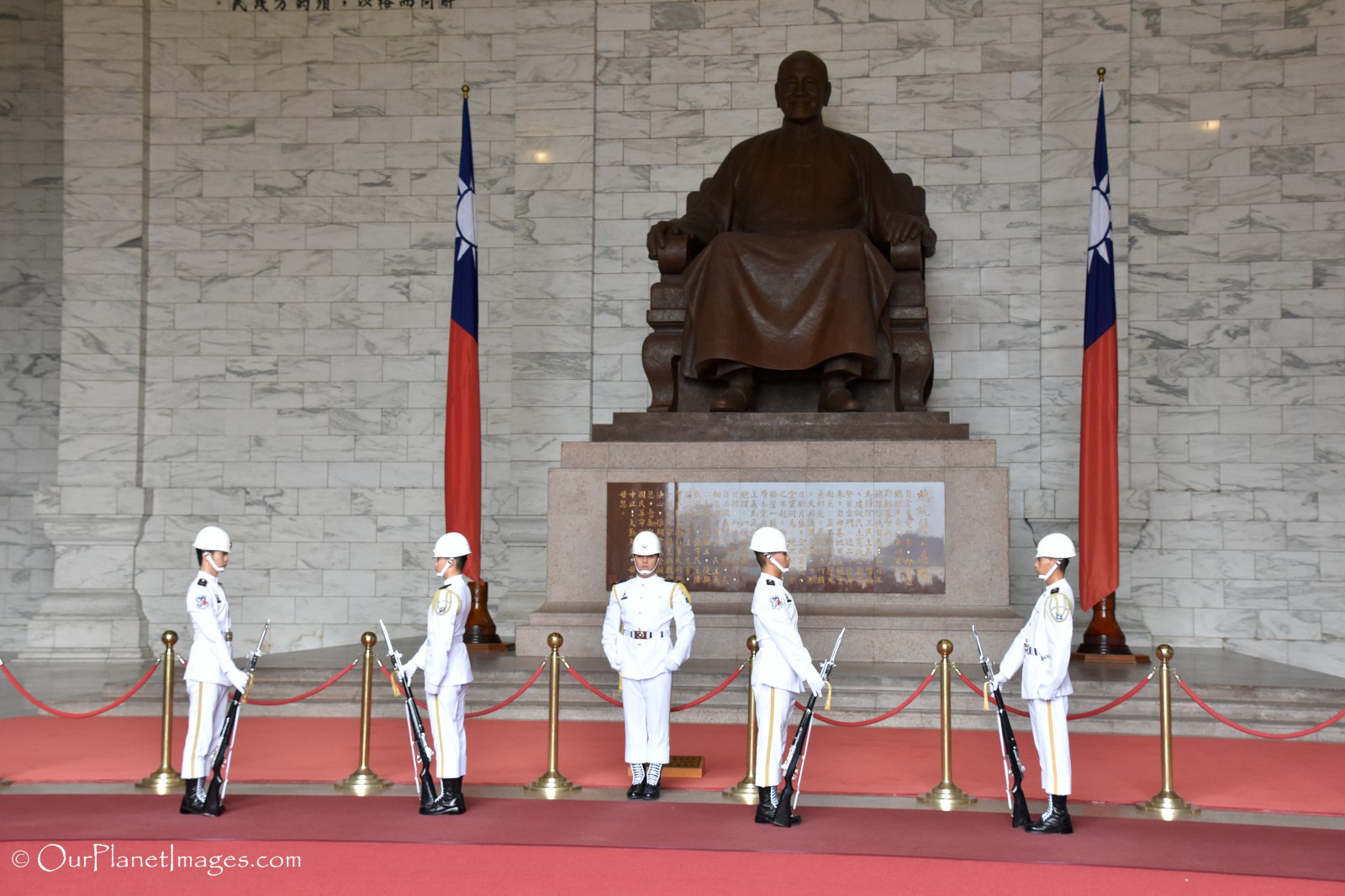 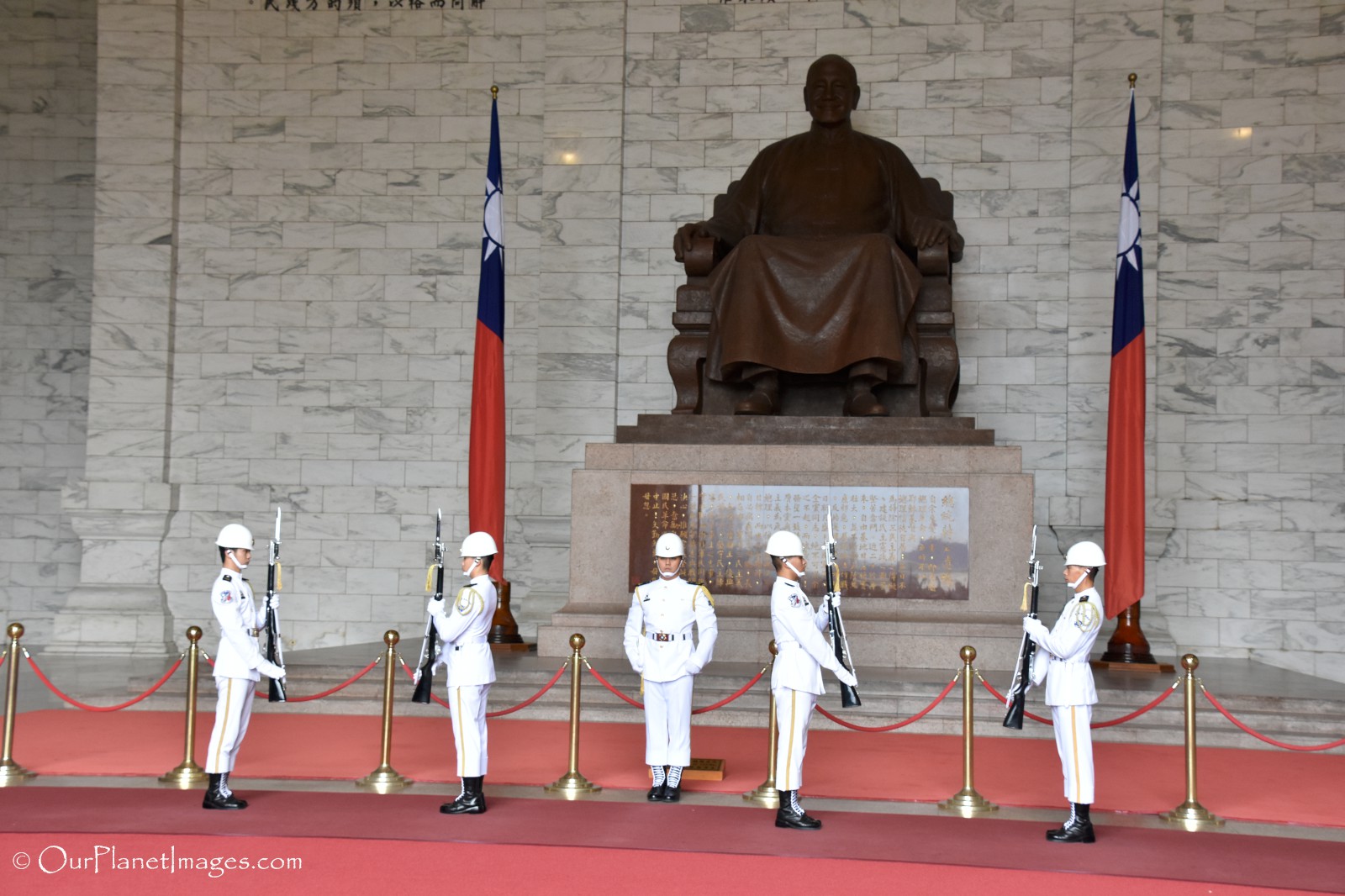 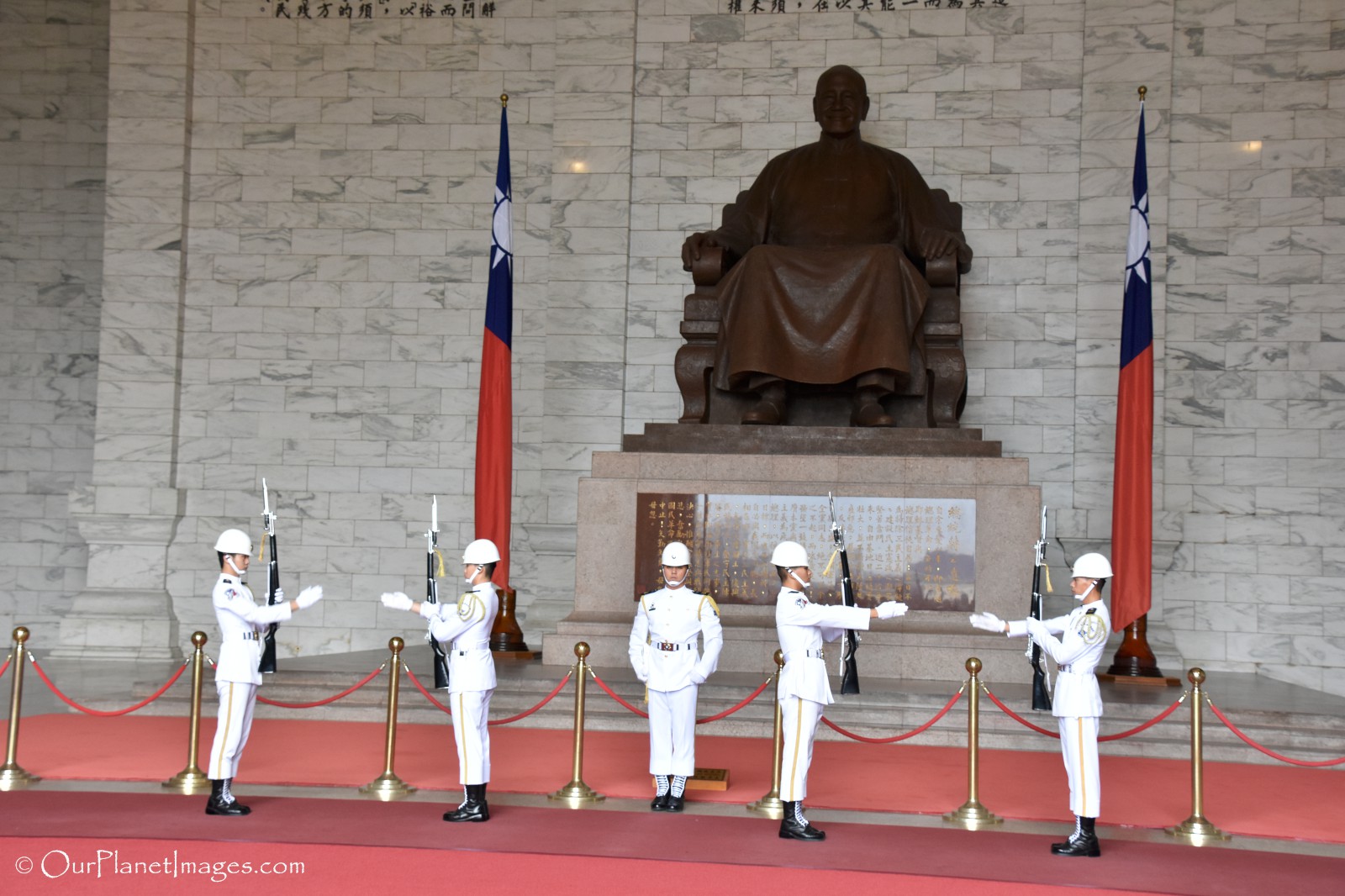 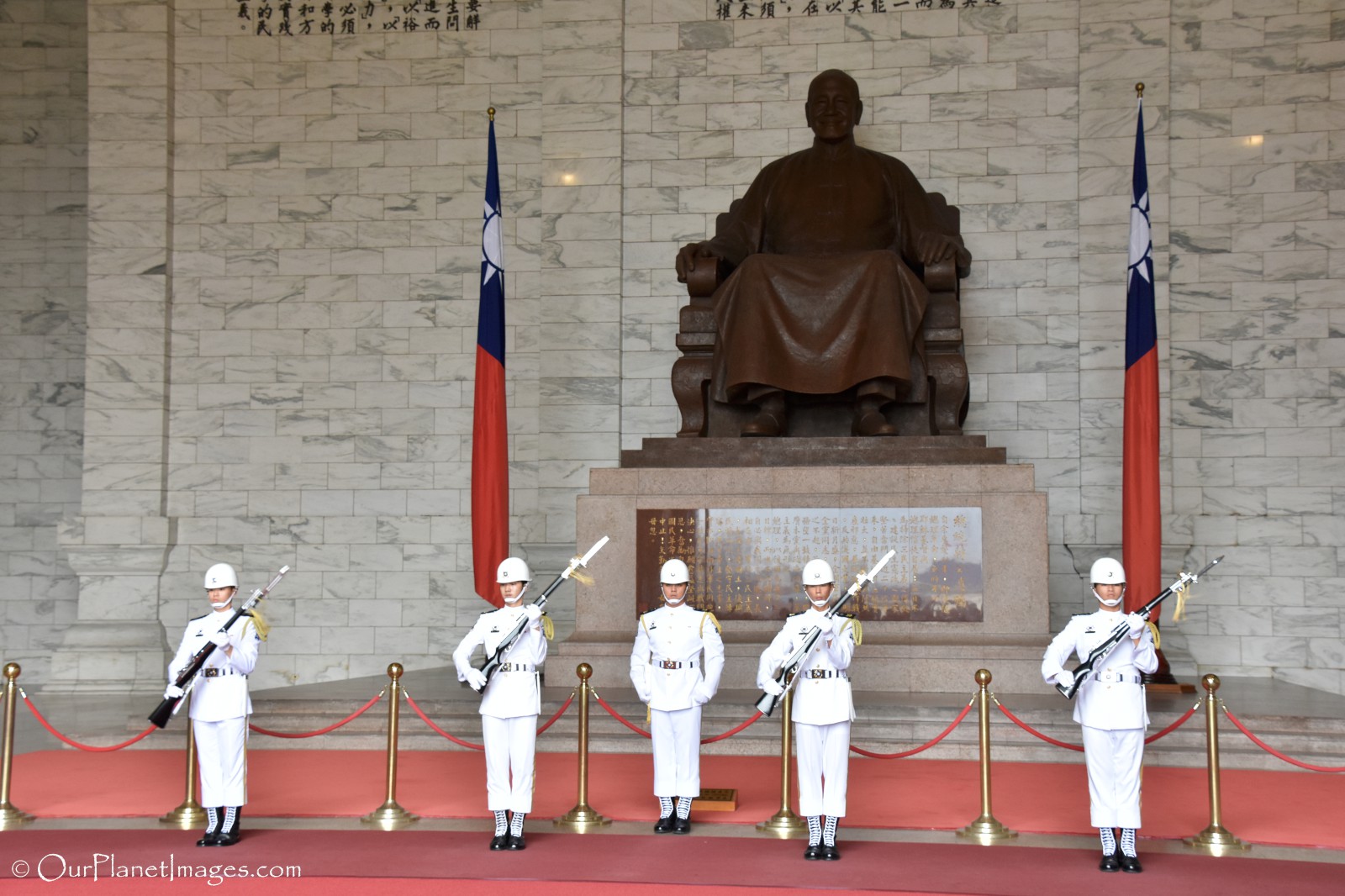 The replacement guards then take their position at the guard station and another rifle routine is performed before they stand motionless until they are replaced in one hour. 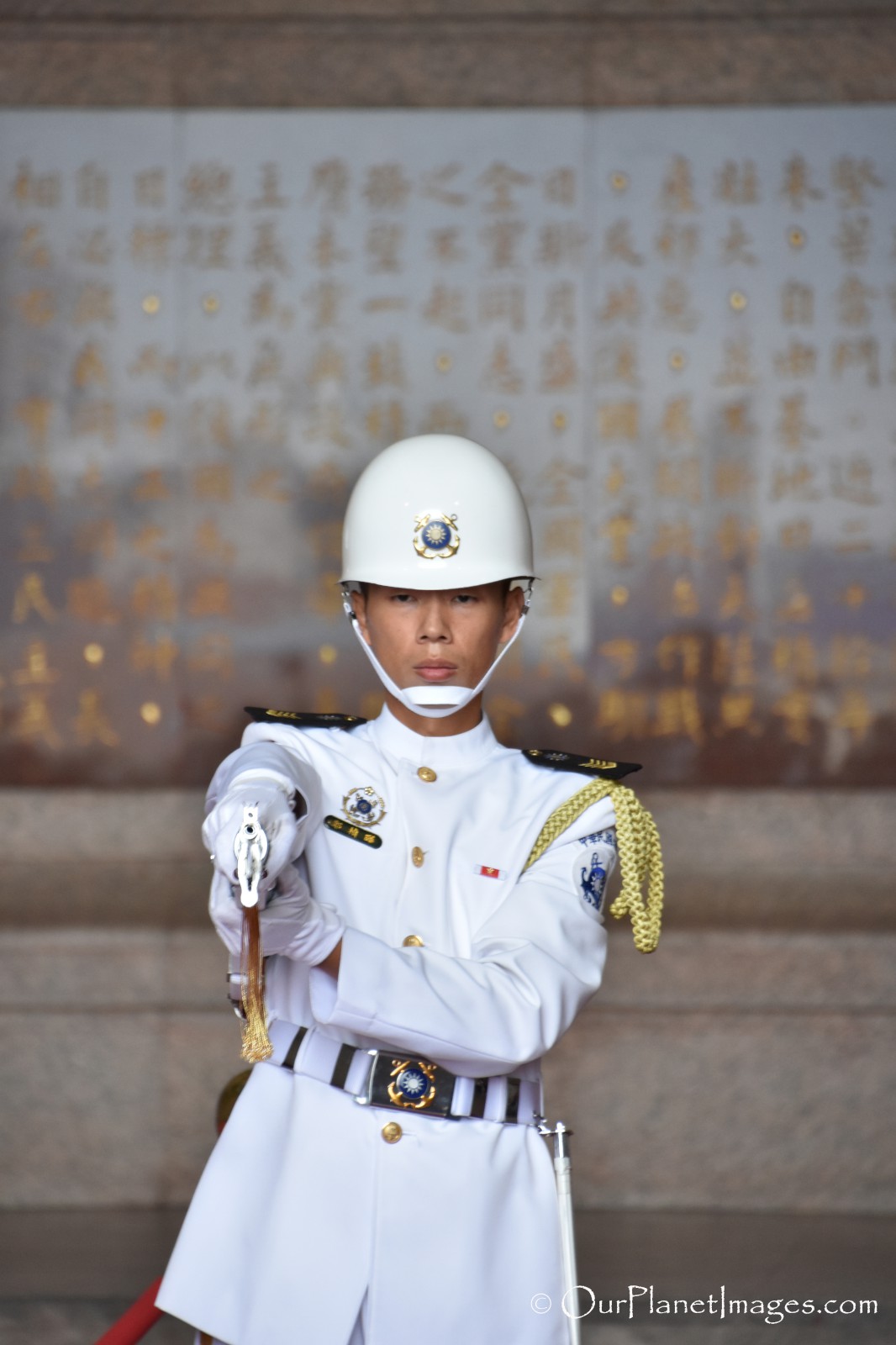 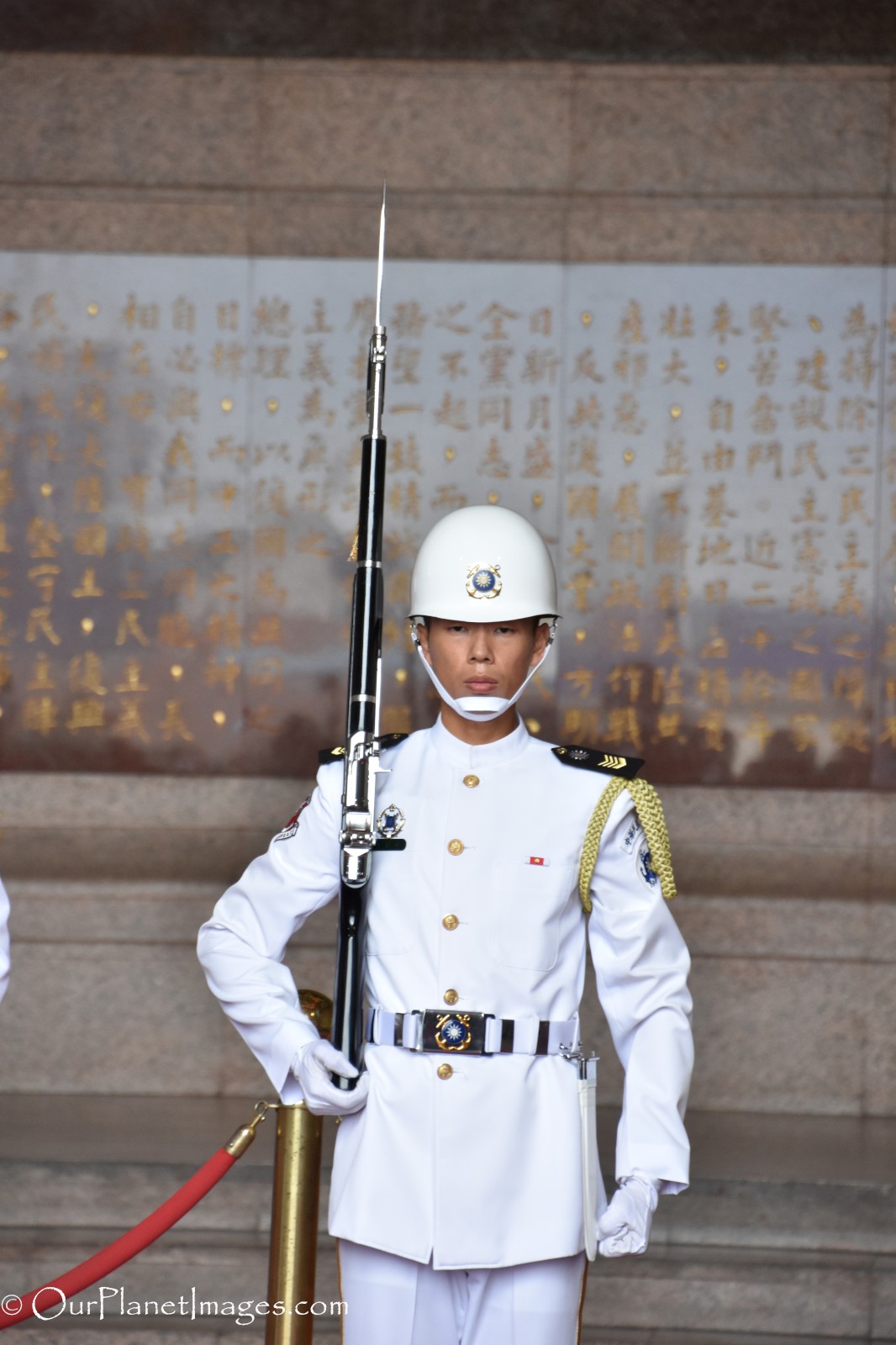 The lead guard then marches off with the replaced guards and the ceremony is complete. 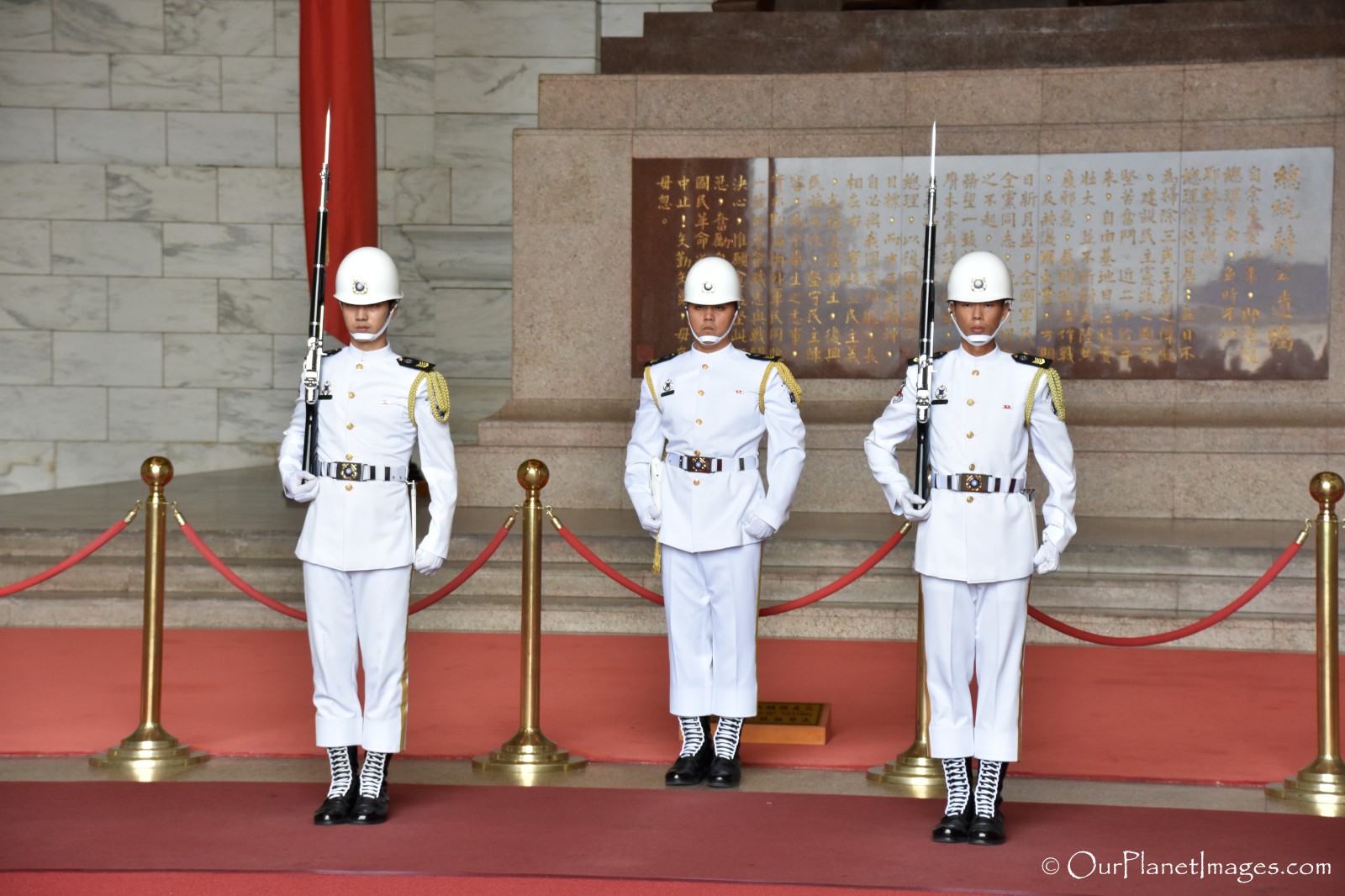 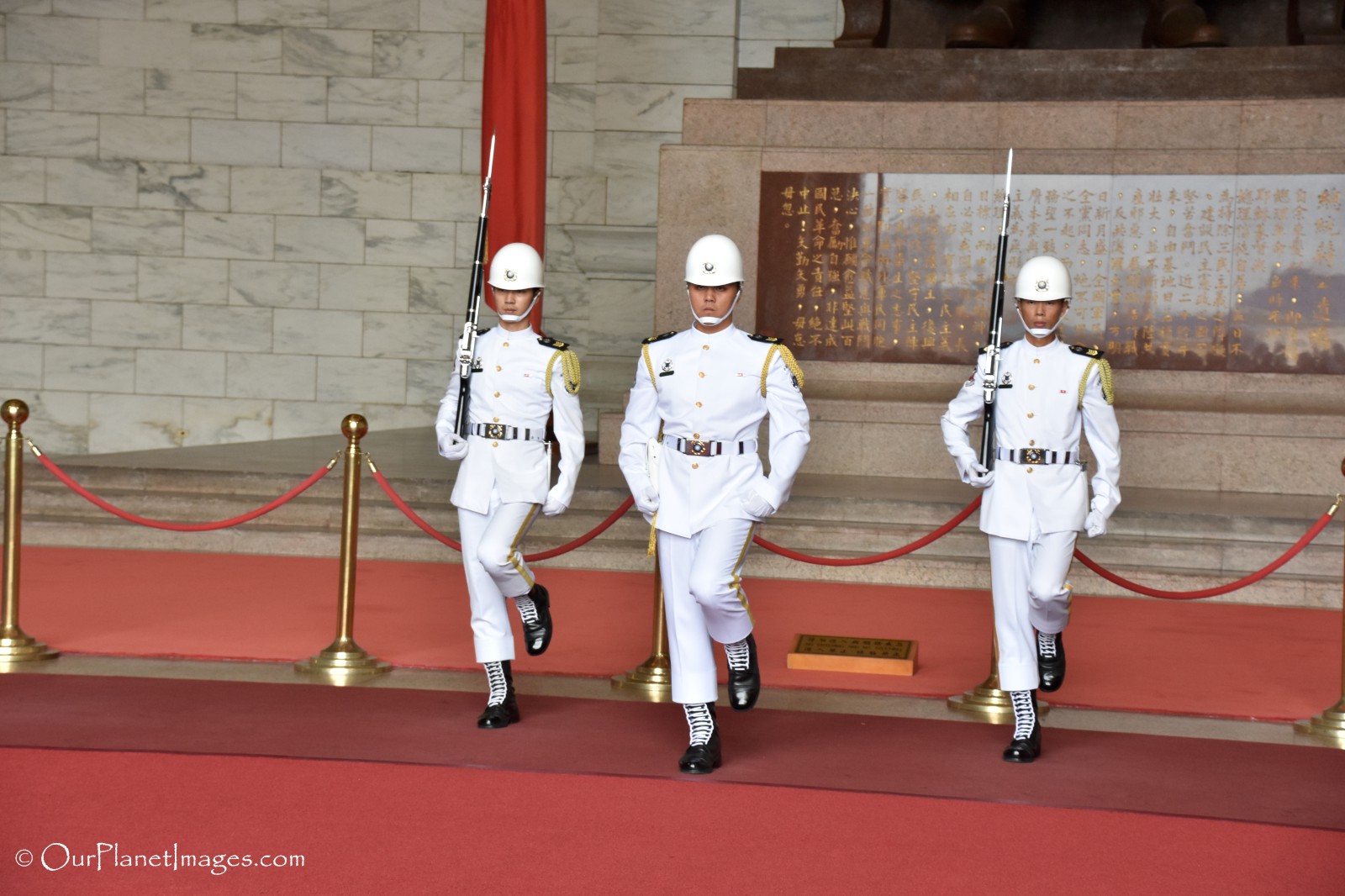 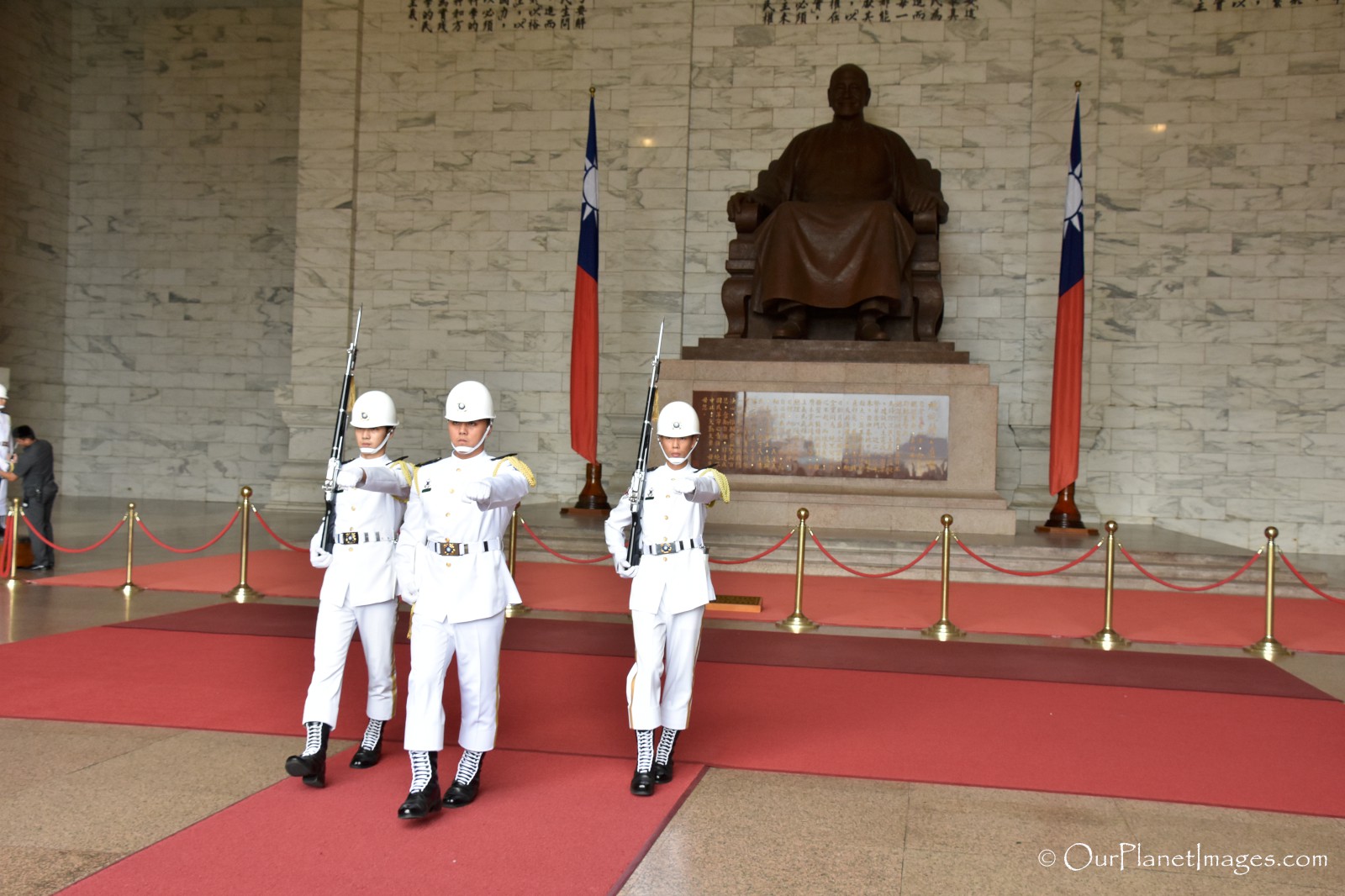 I am not sure why I enjoy watching the changing of the guard ceremony but I always go to see the ceremony every time I get a chance to watch one.

Whatever the reason, I am not the only one that enjoys watching them because everywhere I go there is always a crowd standing in silence through the entire ceremony. 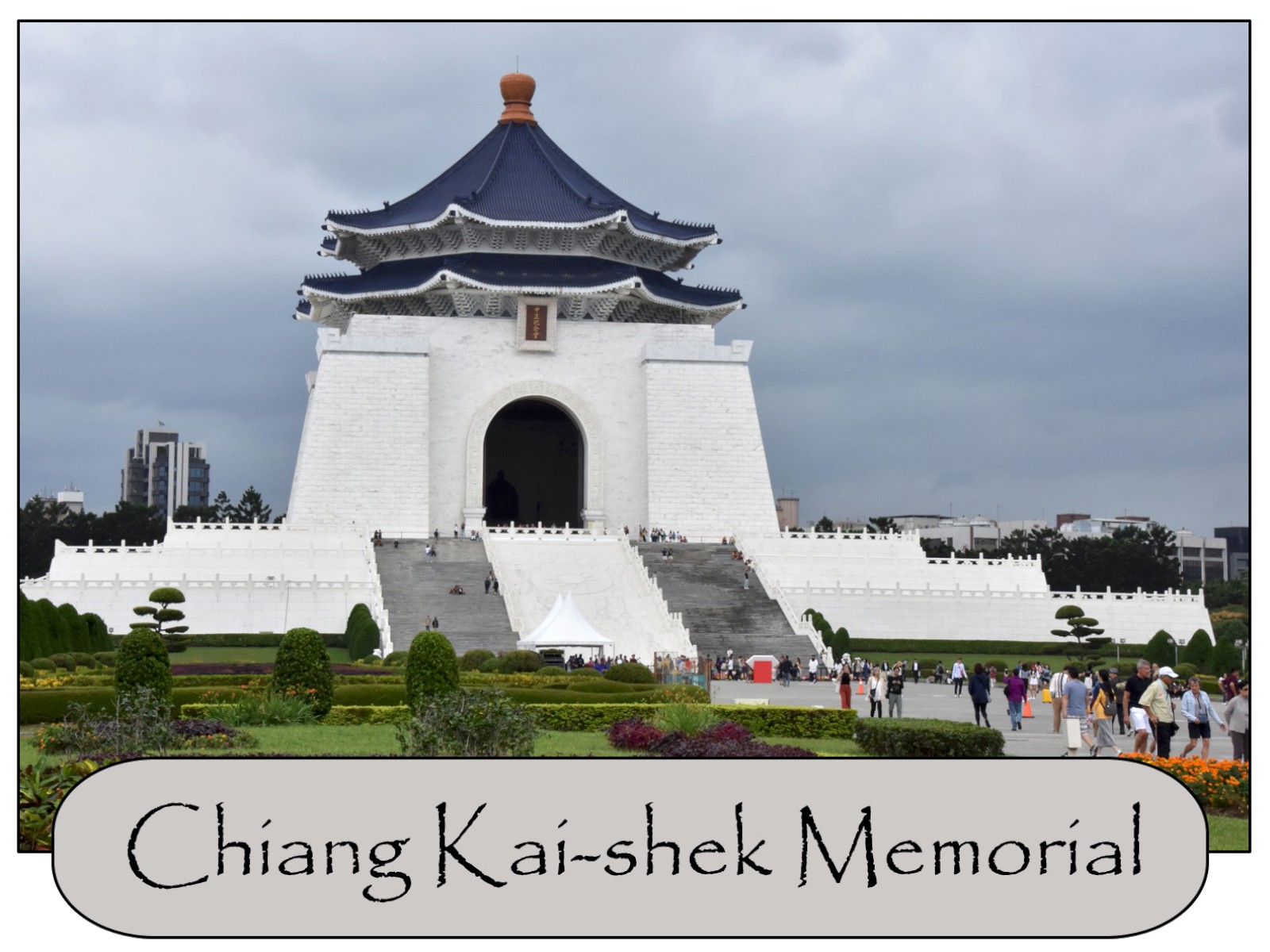 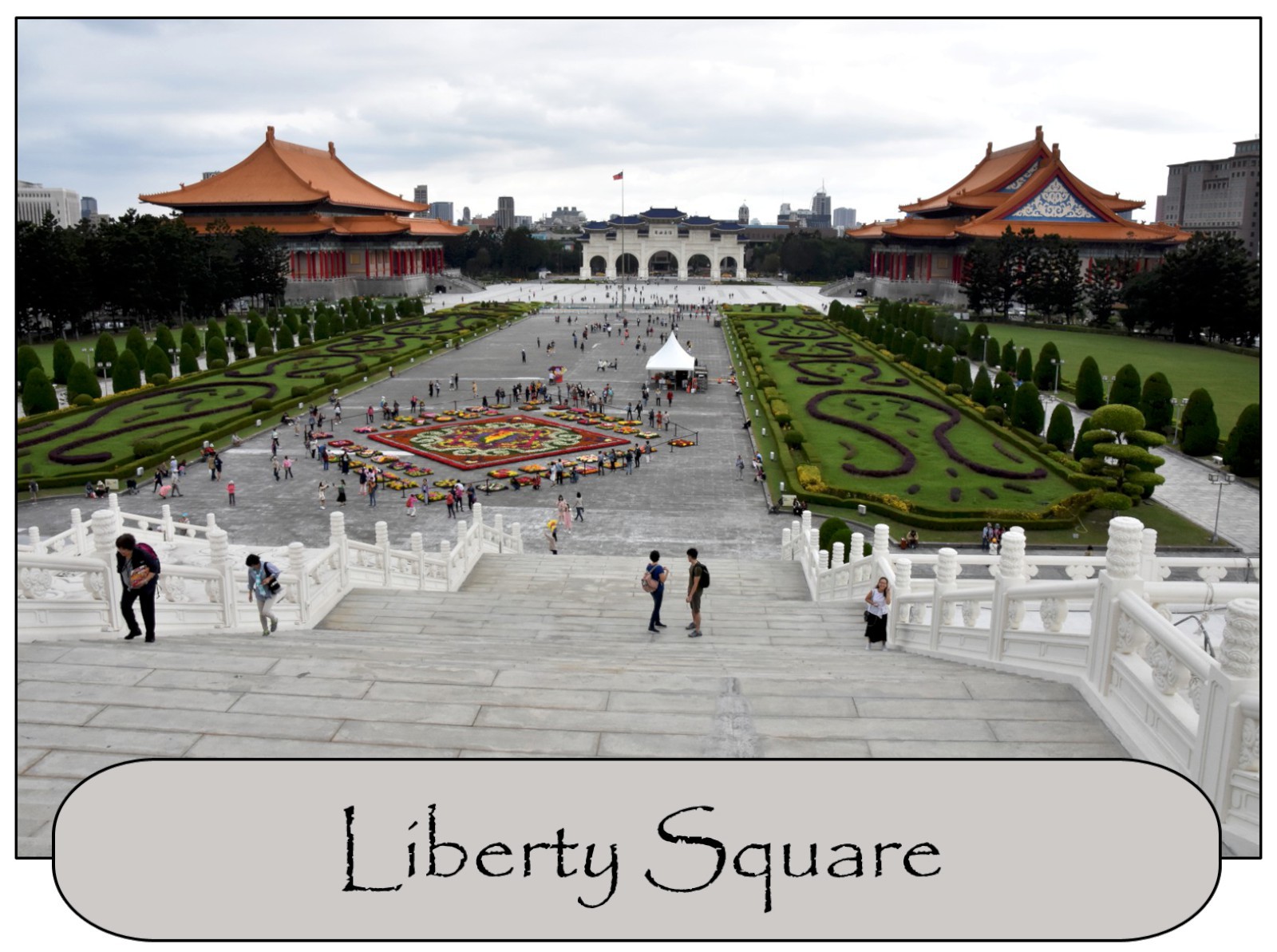