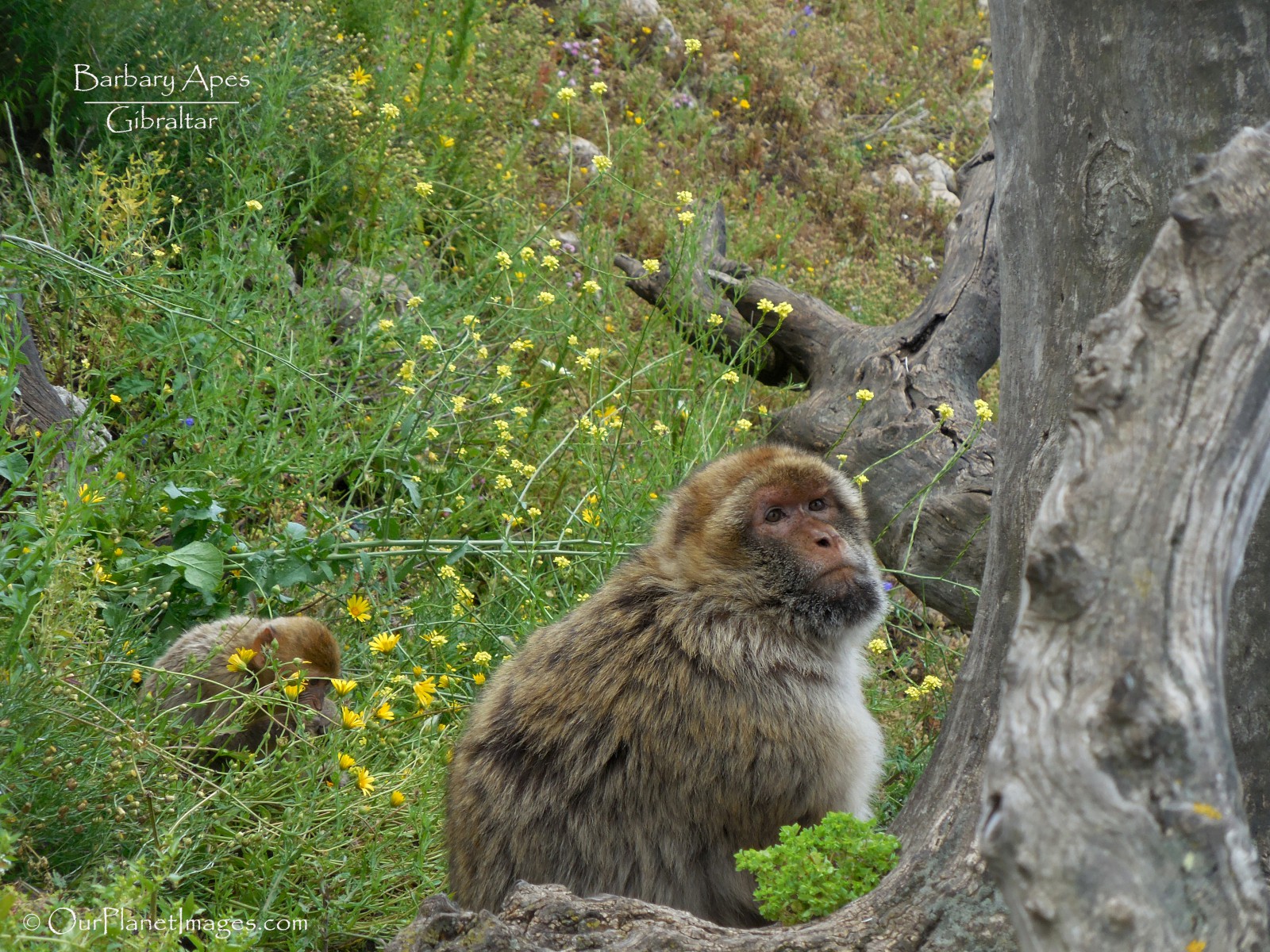 The Barbary Apes live on the upper portion of the Gibraltar Rock. While many people call them apes they are actually Macaques and are officially Barbary Macaques.

The Barbary Macaques are probably Gibraltar’s most popular tourist attraction because they are the only wild monkey population in Europe. Barbary Macaques are normally found in North Africa and no one knows when they came to Gibraltar but it is believed that they were brought by the Moors between 700 and 1400A.D. 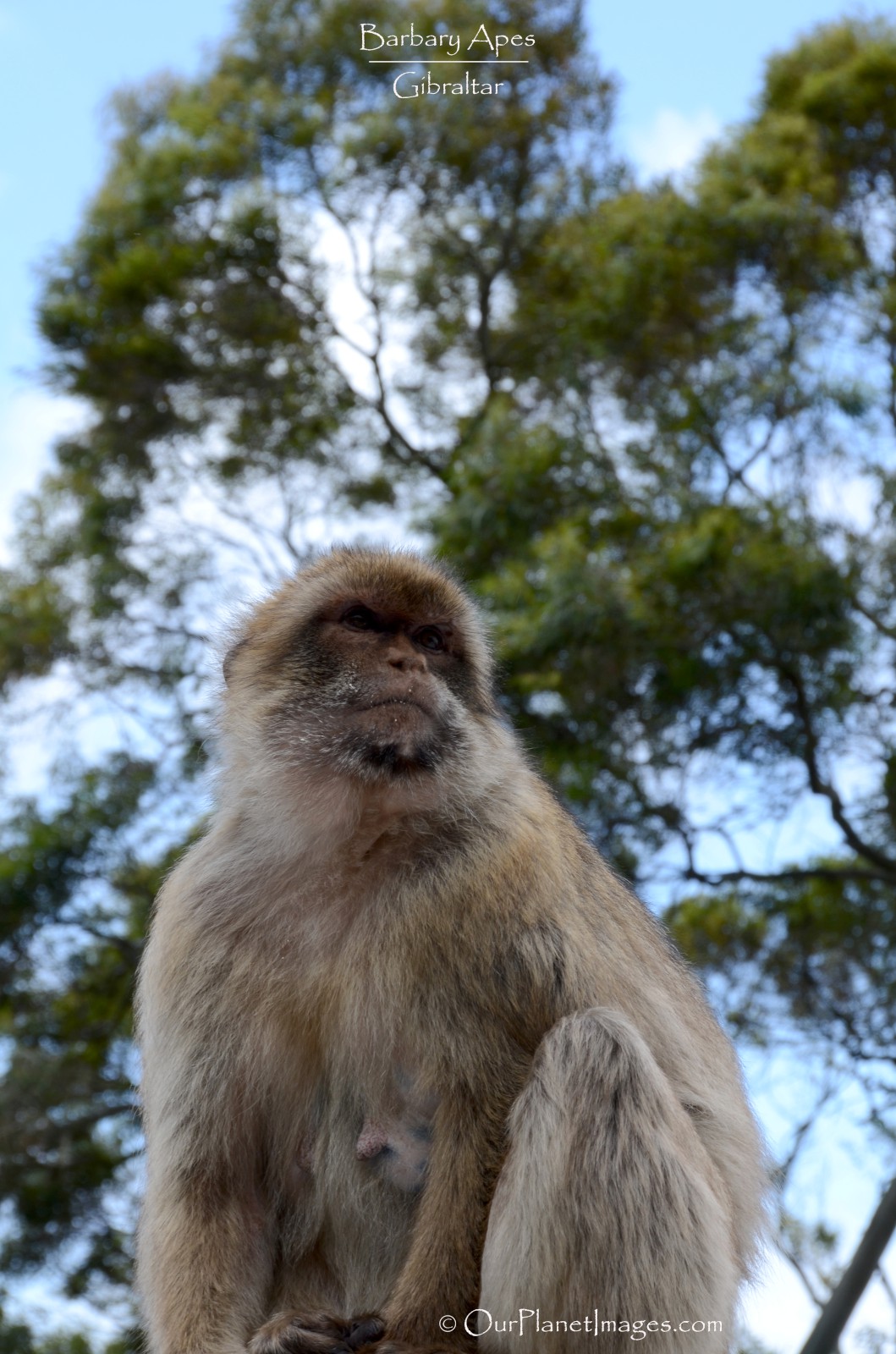 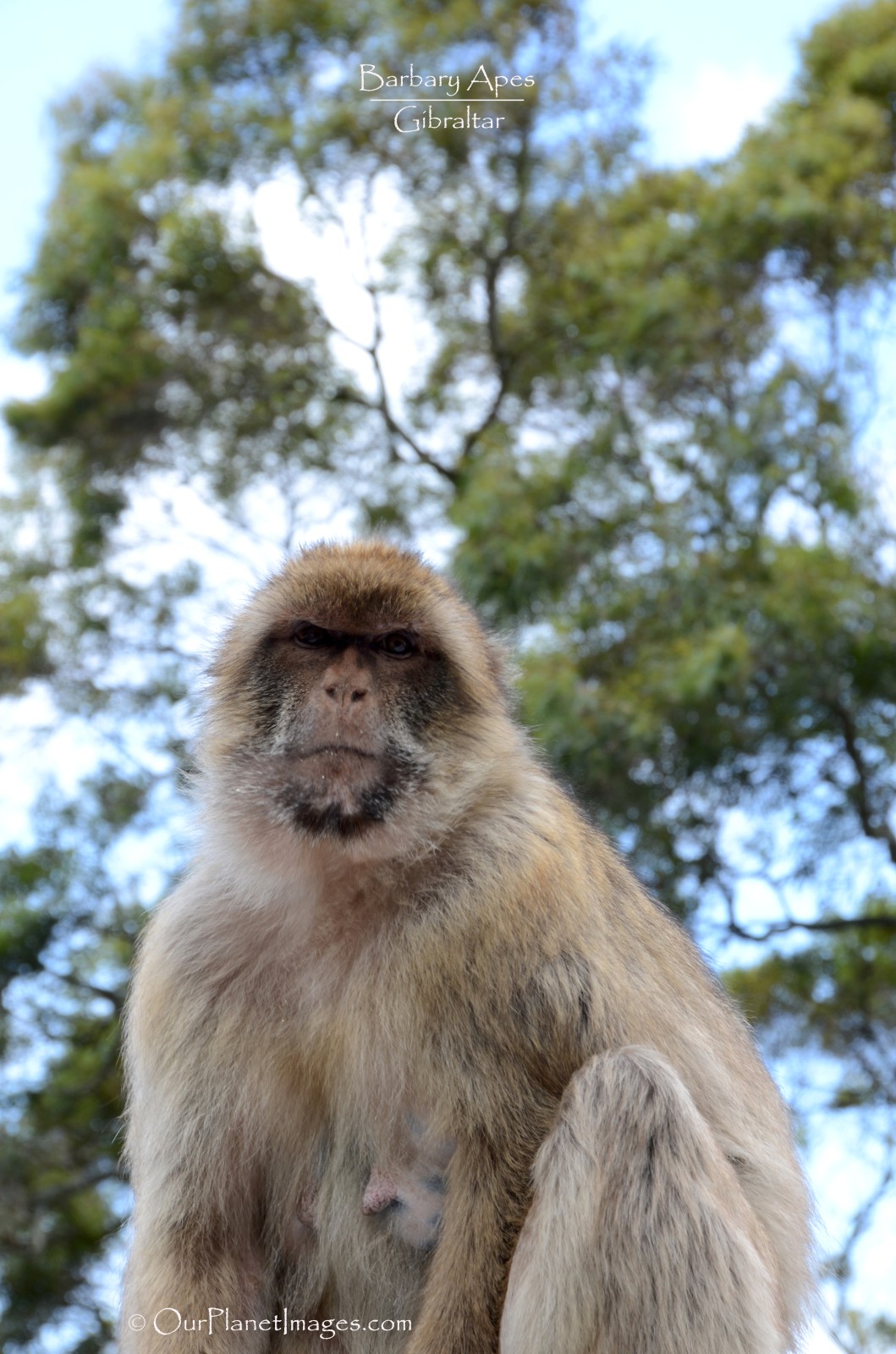 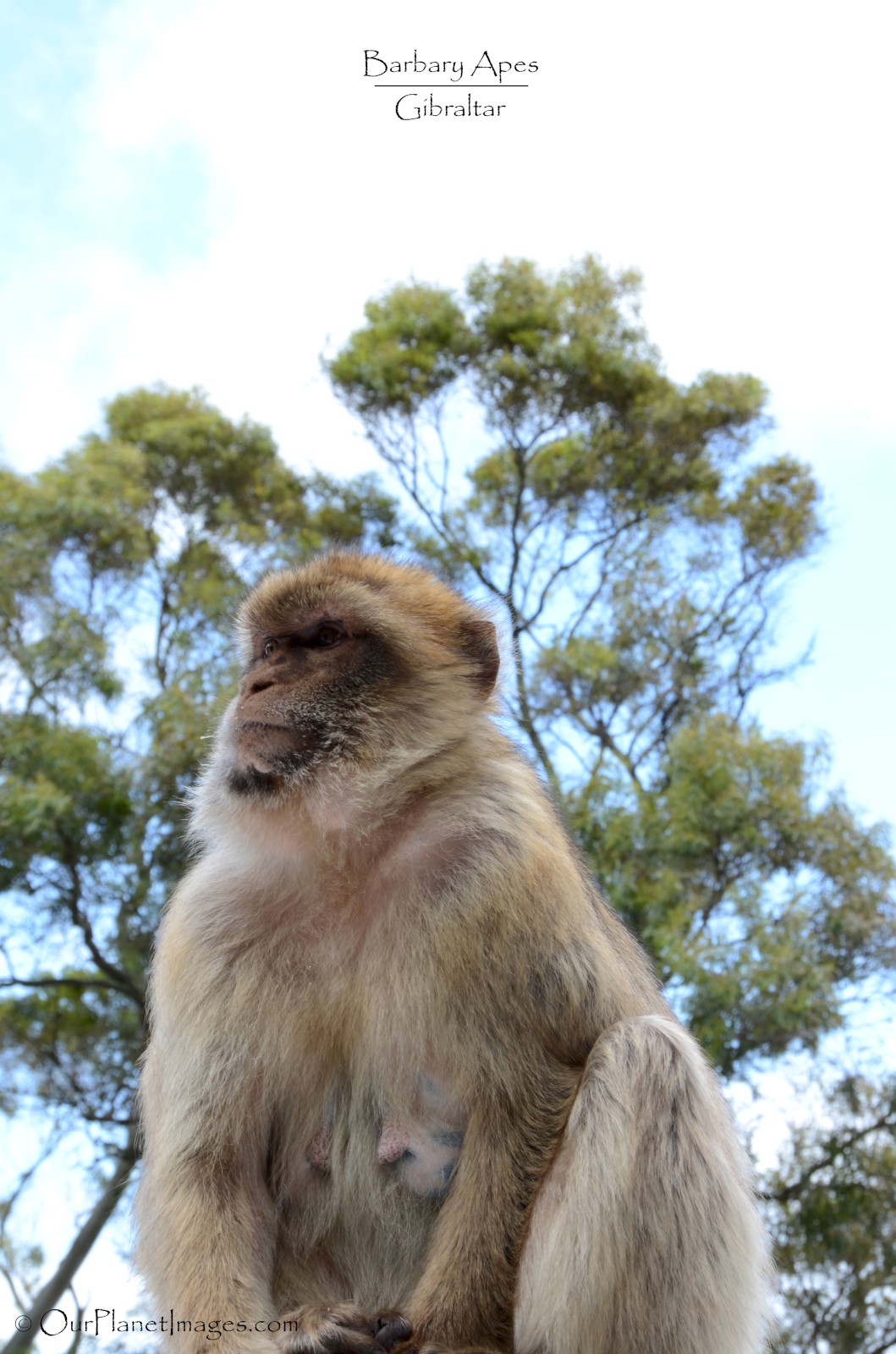 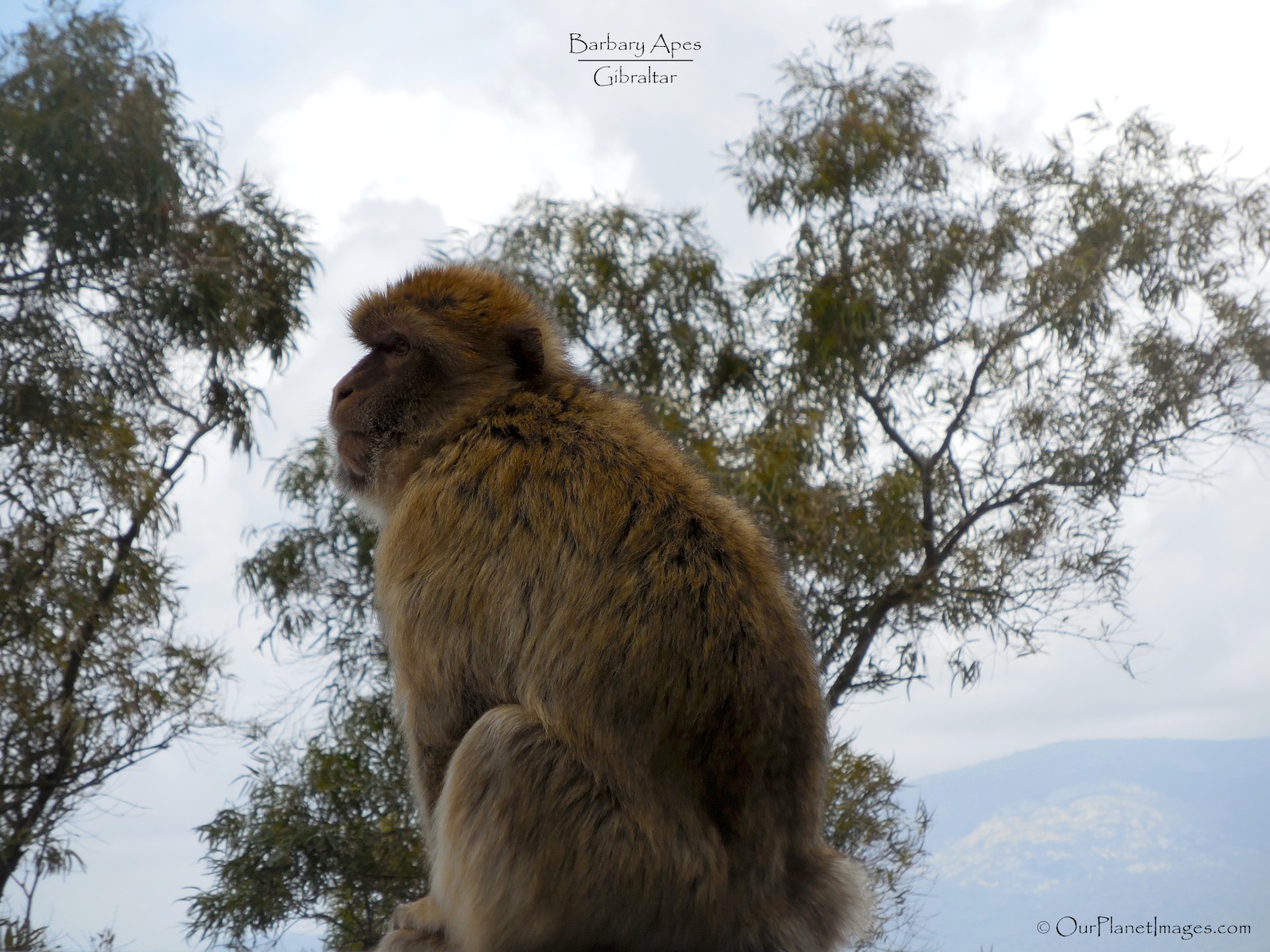 Currently, there are approximately 300 Barbary Macaques living in Gibraltar and are split into five troops. Each of these troops have a known territory that they frequent and the macaques in these photos were taken near St. Michael’s Cave. Another popular monkey hangout is known as the Apes Den near Queen’s Gate.

The Barbary Macaques live in a semi-wild state which means that they are free to go anywhere that they want but they are comfortable around humans. They allow people to get close and sometimes will jump on people especially if they think they can snatch some food. 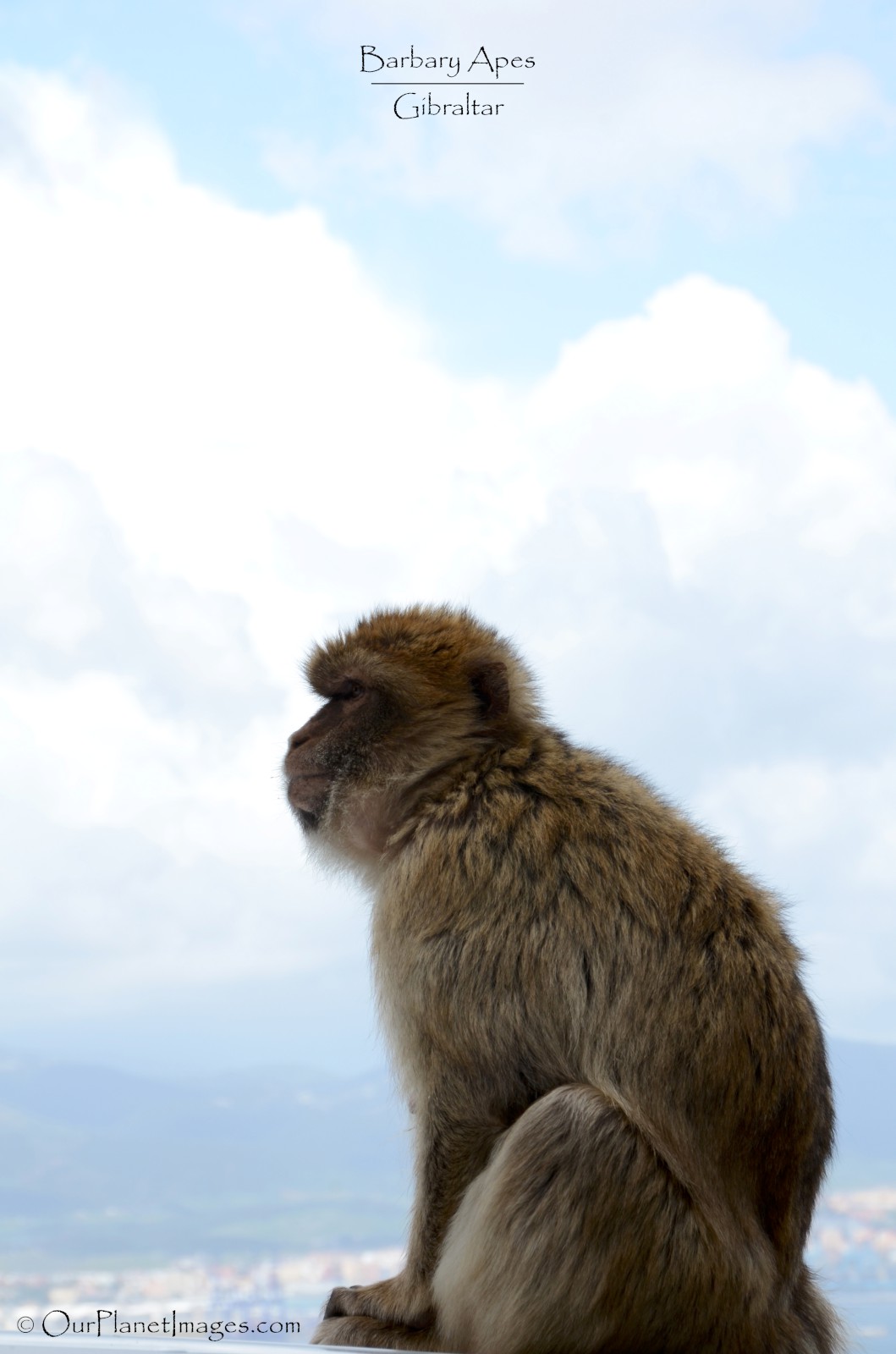 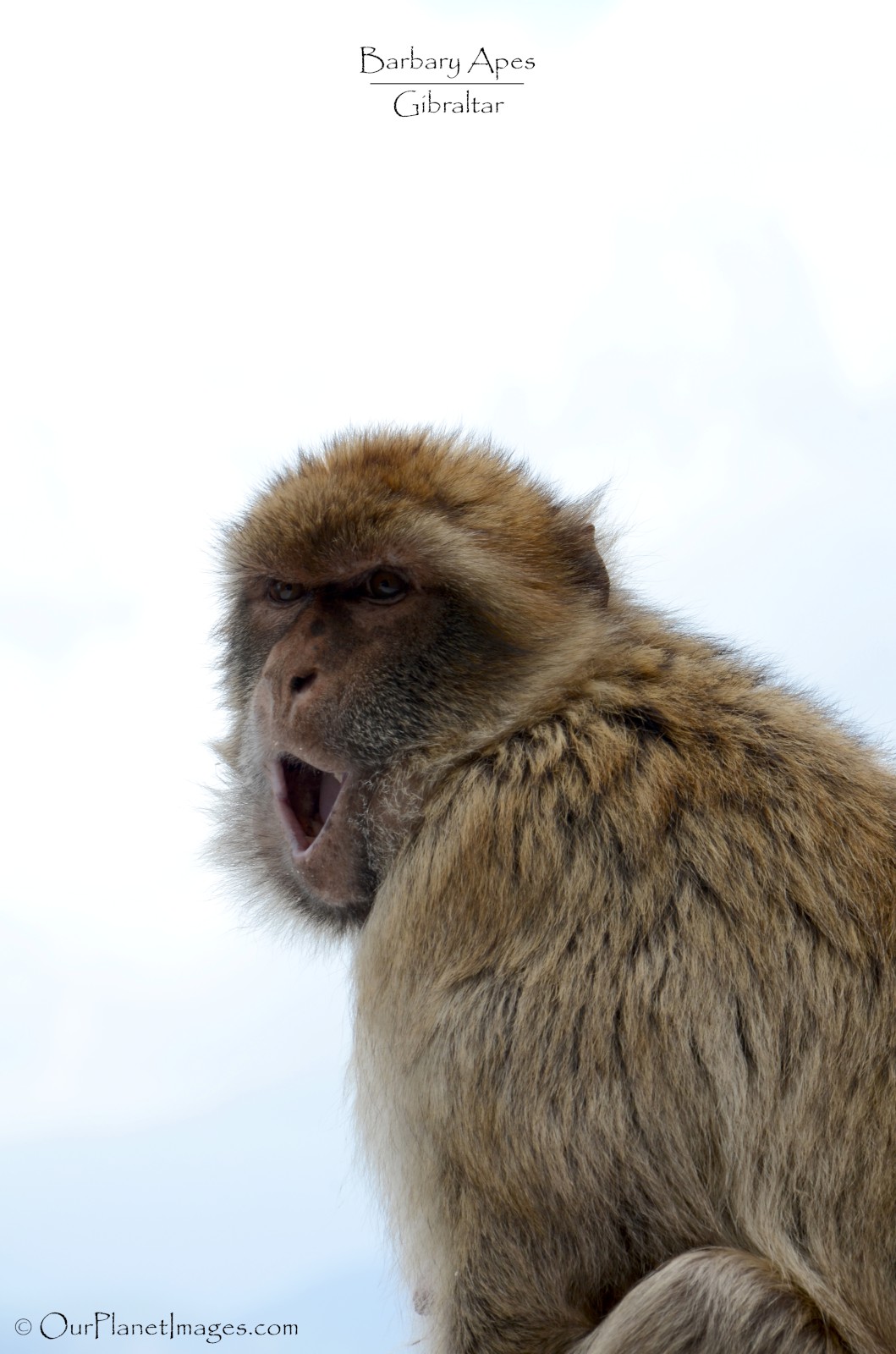 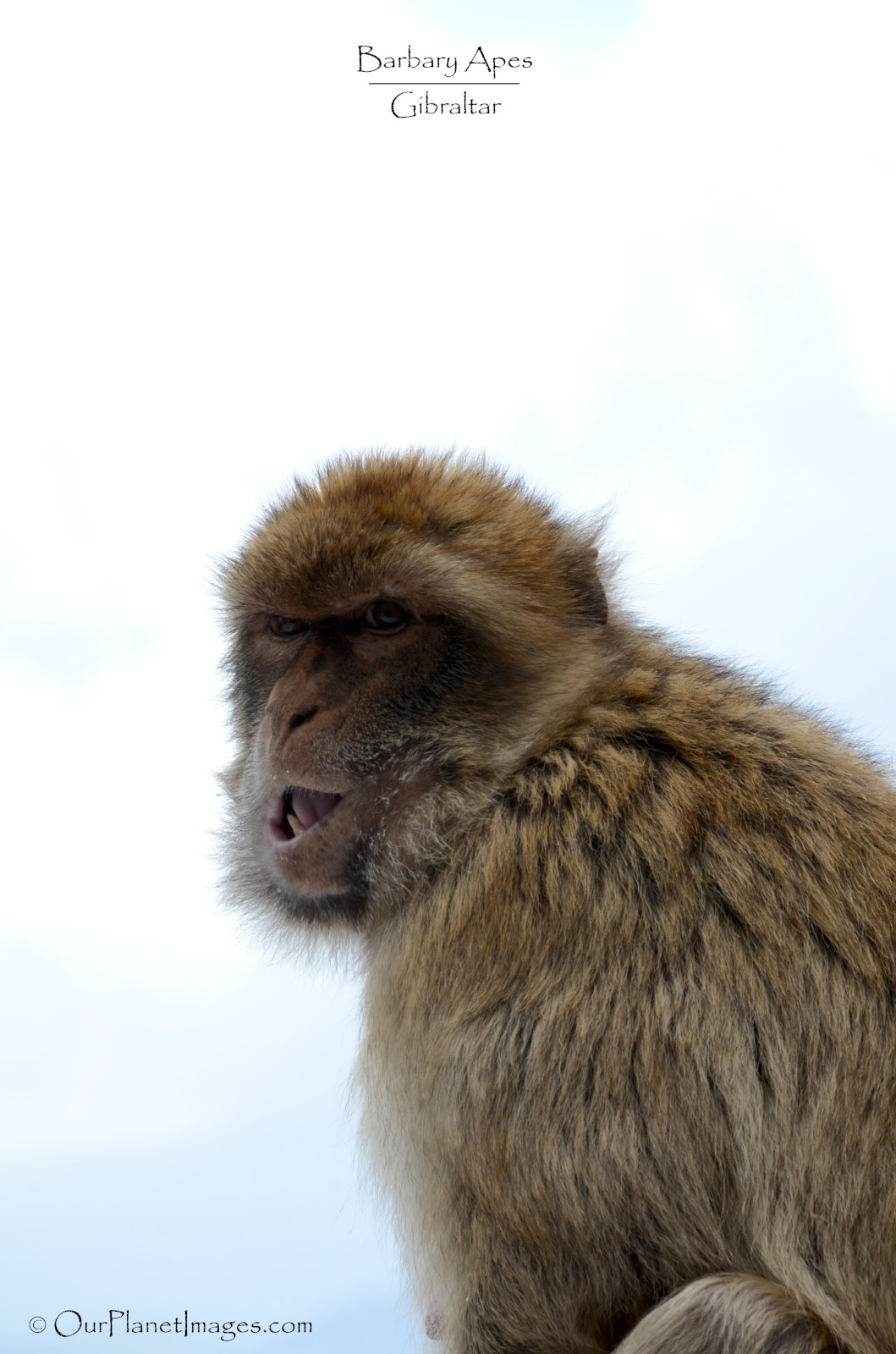 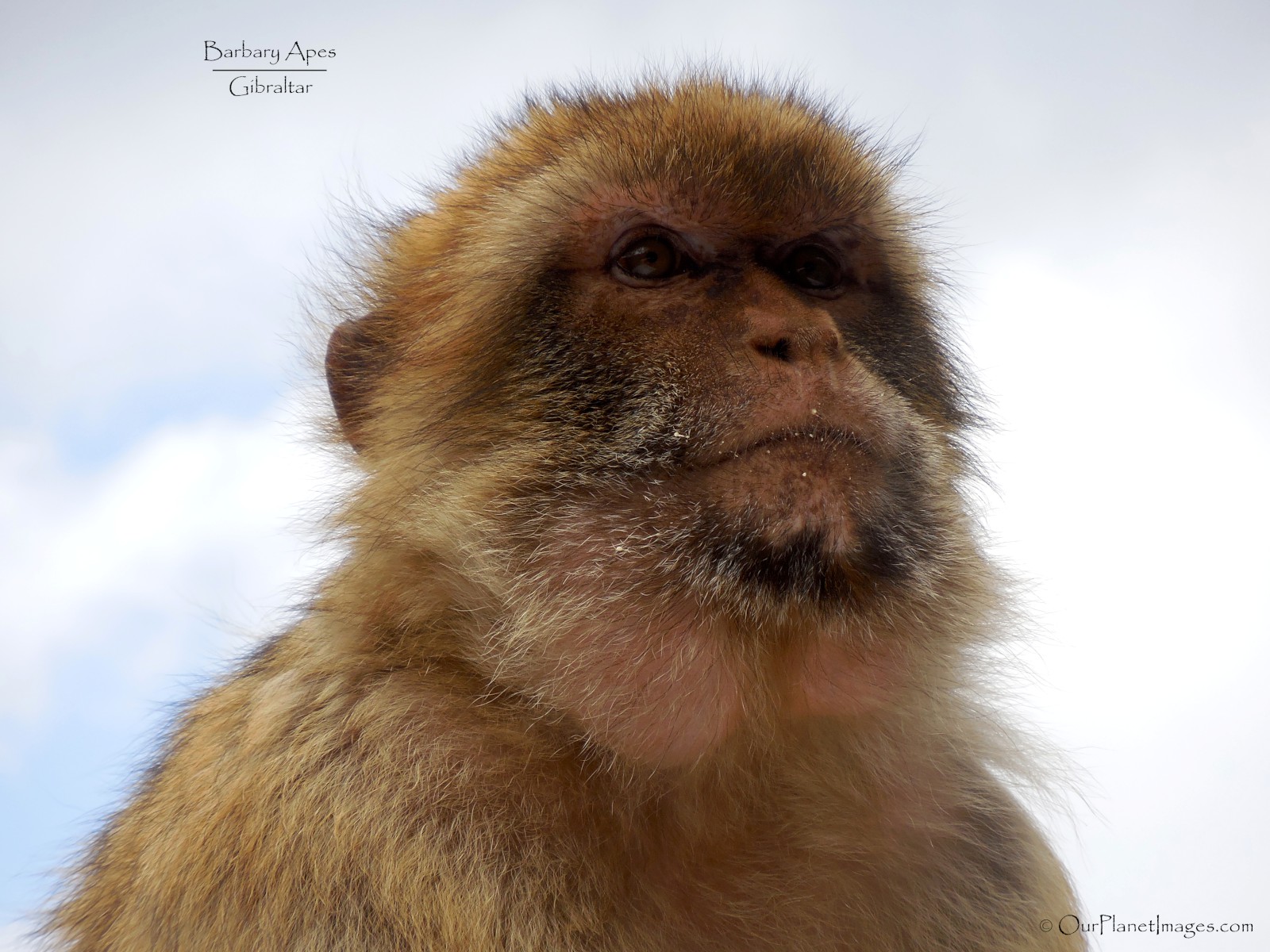 Primates that are grouped into monkeys all have tails and species grouped as apes are tailless. Macaques are classified as monkeys and they all have tails. The Barbary Macaque is the only monkey species that is tailless which may be why they are sometimes called Barbary Apes. This is seen in the photos below. 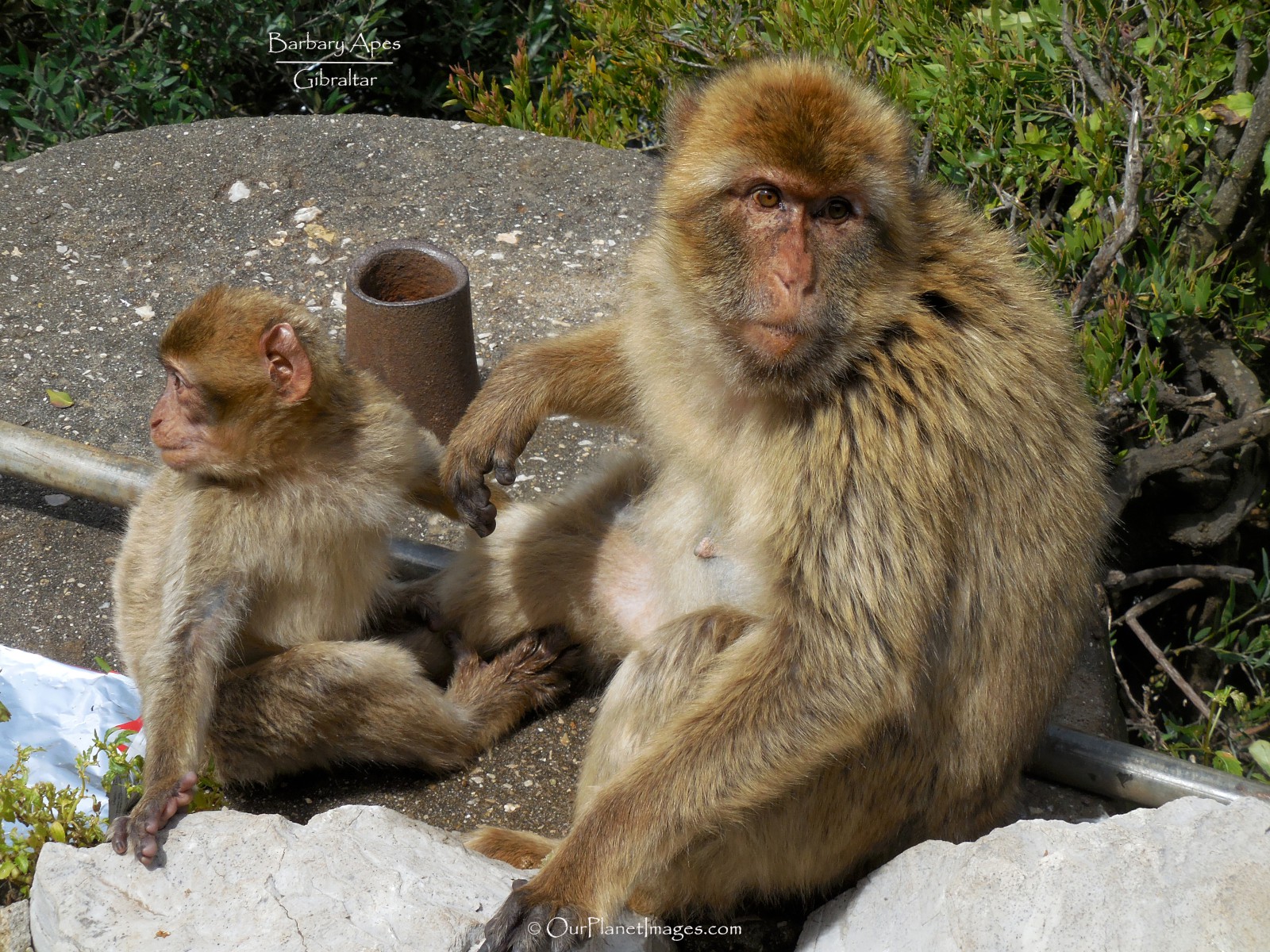 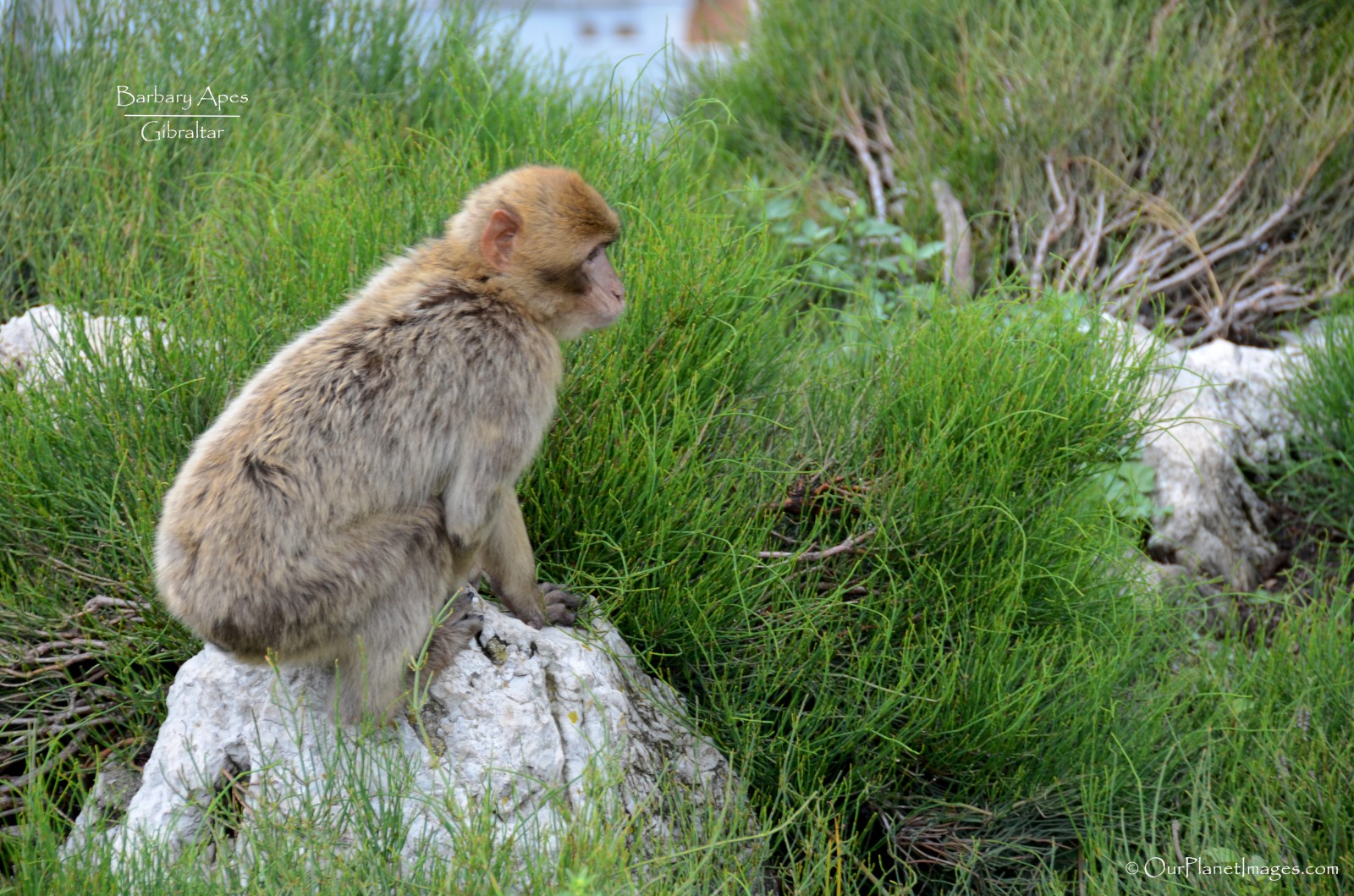 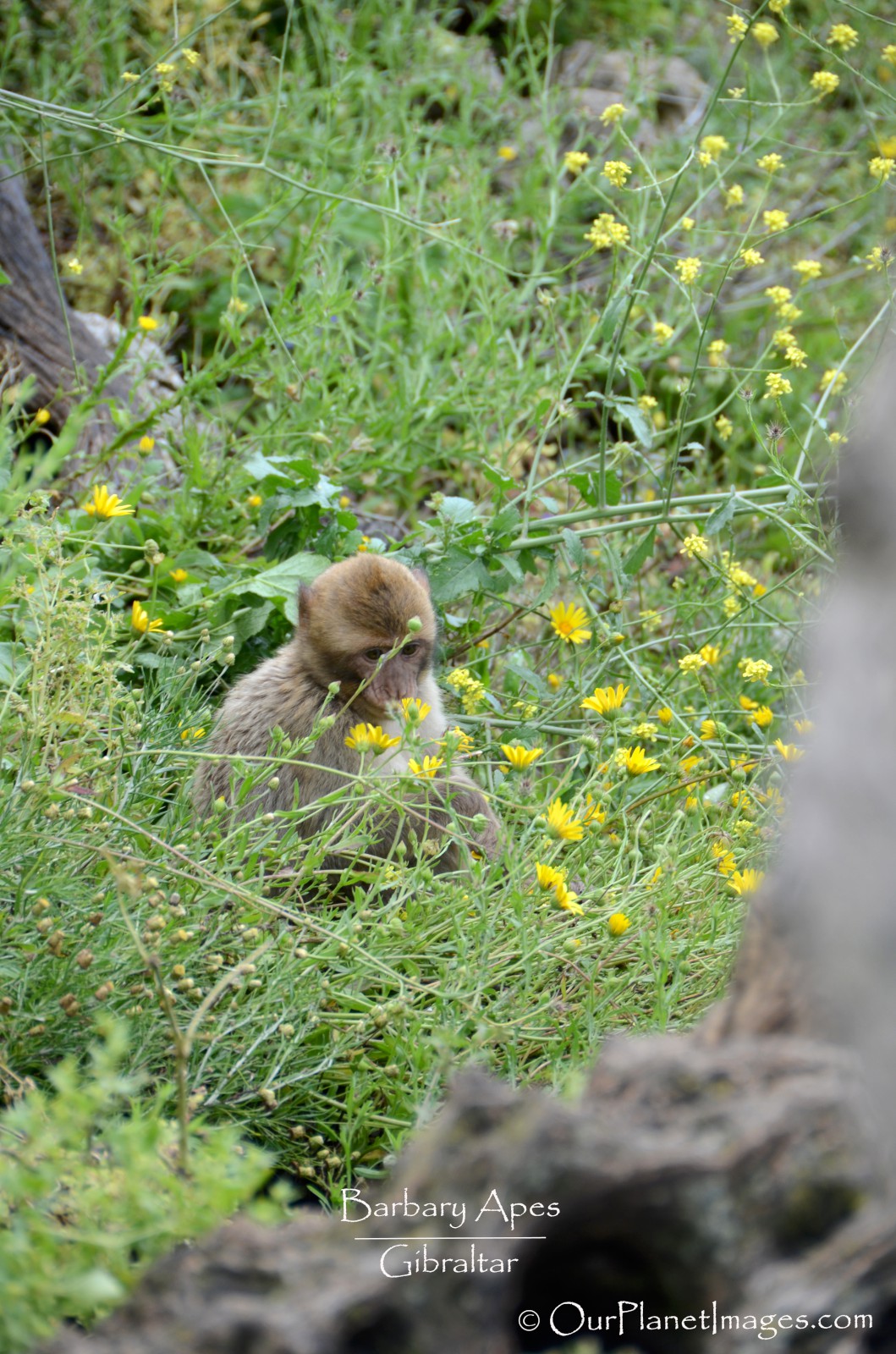 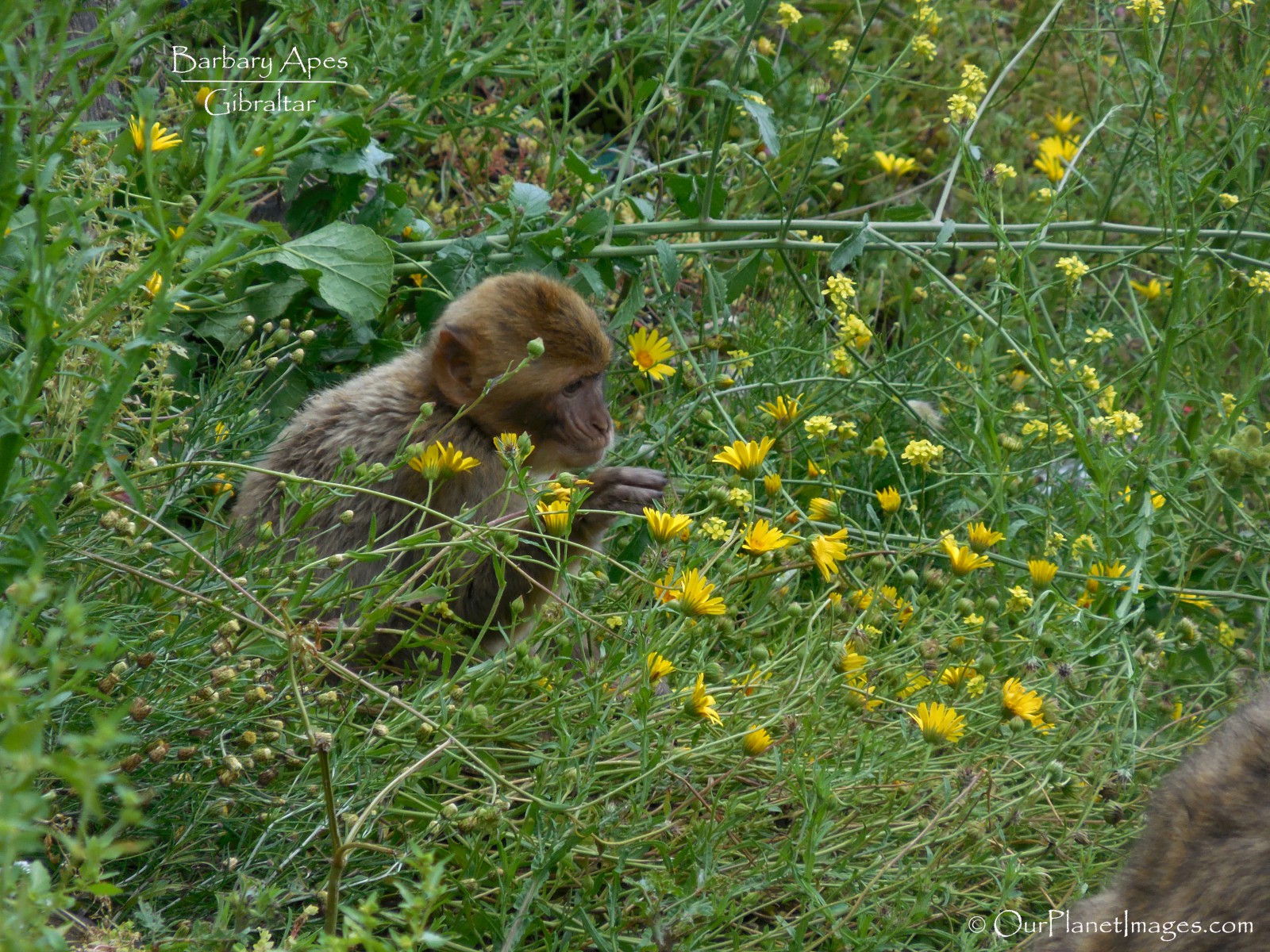 No trip to Gibraltar is complete without seeing the Barbary Macaques. The range for each of the five troops are well known and they are comfortable with humans so they can easily be found and observed very close. If you go to Gibraltar, don’t miss out on seeing these monkeys! 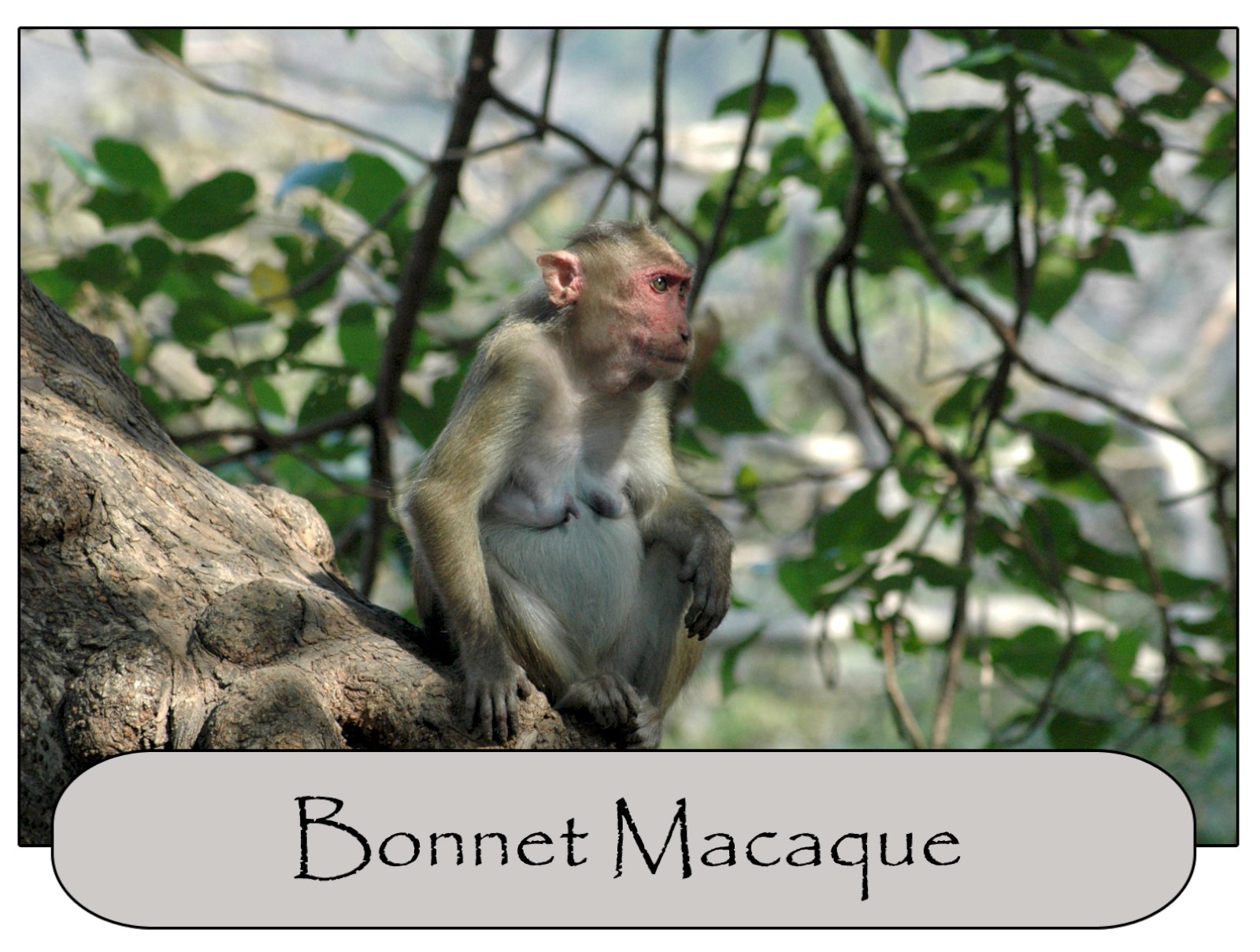 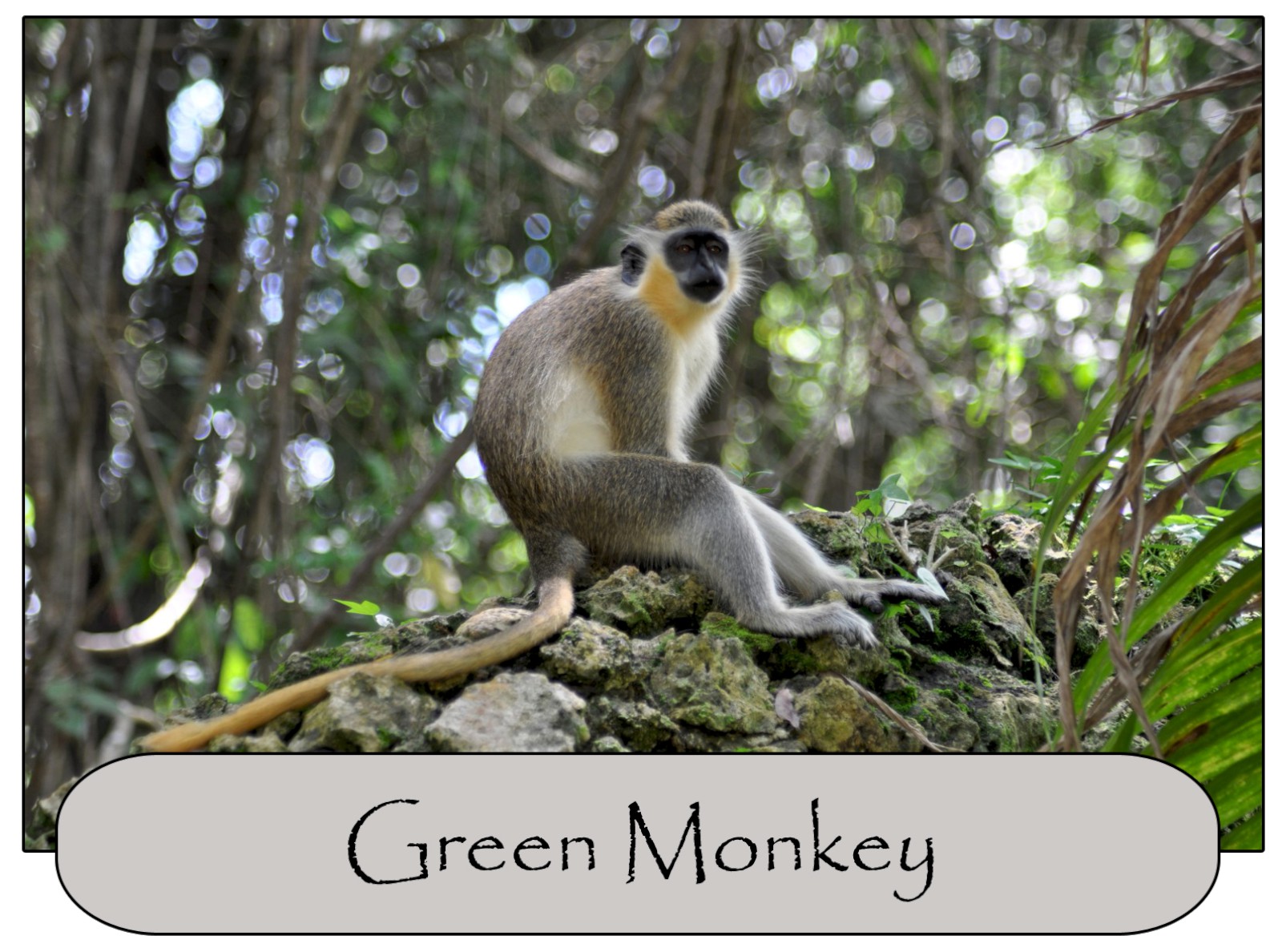