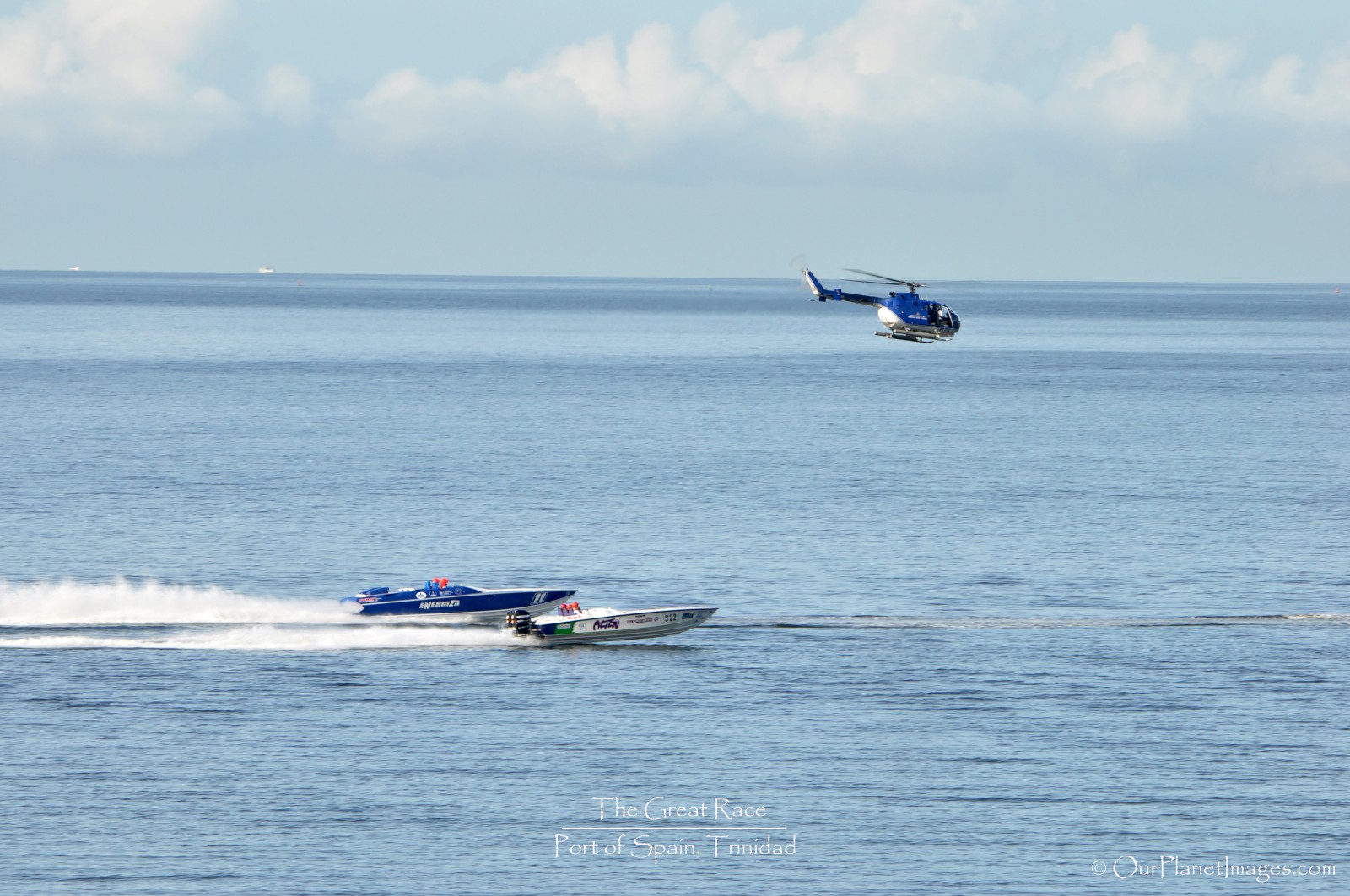 The Great Race is one of the world’s longest continuously running offshore speedboat races. The race began in 1969 and this year’s race on August 17th will be the 51st consecutive year of the race. The race begins in the Gulf of Paria near Port of Spain, Trinidad. It makes its way across the North Coast of Trinidad dipping into famous Maracas Bay before reaching Grande Riviere. At Grande Riviere the race leaves the island of Trinidad and makes it way to the finish line at Store Bay on the island of Tobago.

The race route goes for a distance of 80.5 miles and the fastest time to complete the course is 47 minutes and 43 seconds. The racers experience totally different water conditions throughout the race. The race begins in flat calm water in the Gulf of Paria, then head on swells on the north coast of Trinidad, side head on swells from Trinidad to Tobago, very rough conditions in the shallows near Tobago and then calm waters again at the finish on the west coast of Tobago.

The only way to follow a speedboat race that covers a distance of over 80 miles is from the air. Watching two boats go head to head at high speed can best be seen from a helicopter. The photo series below shows a challenger overtaking the leader while being watched from above by a helicopter. 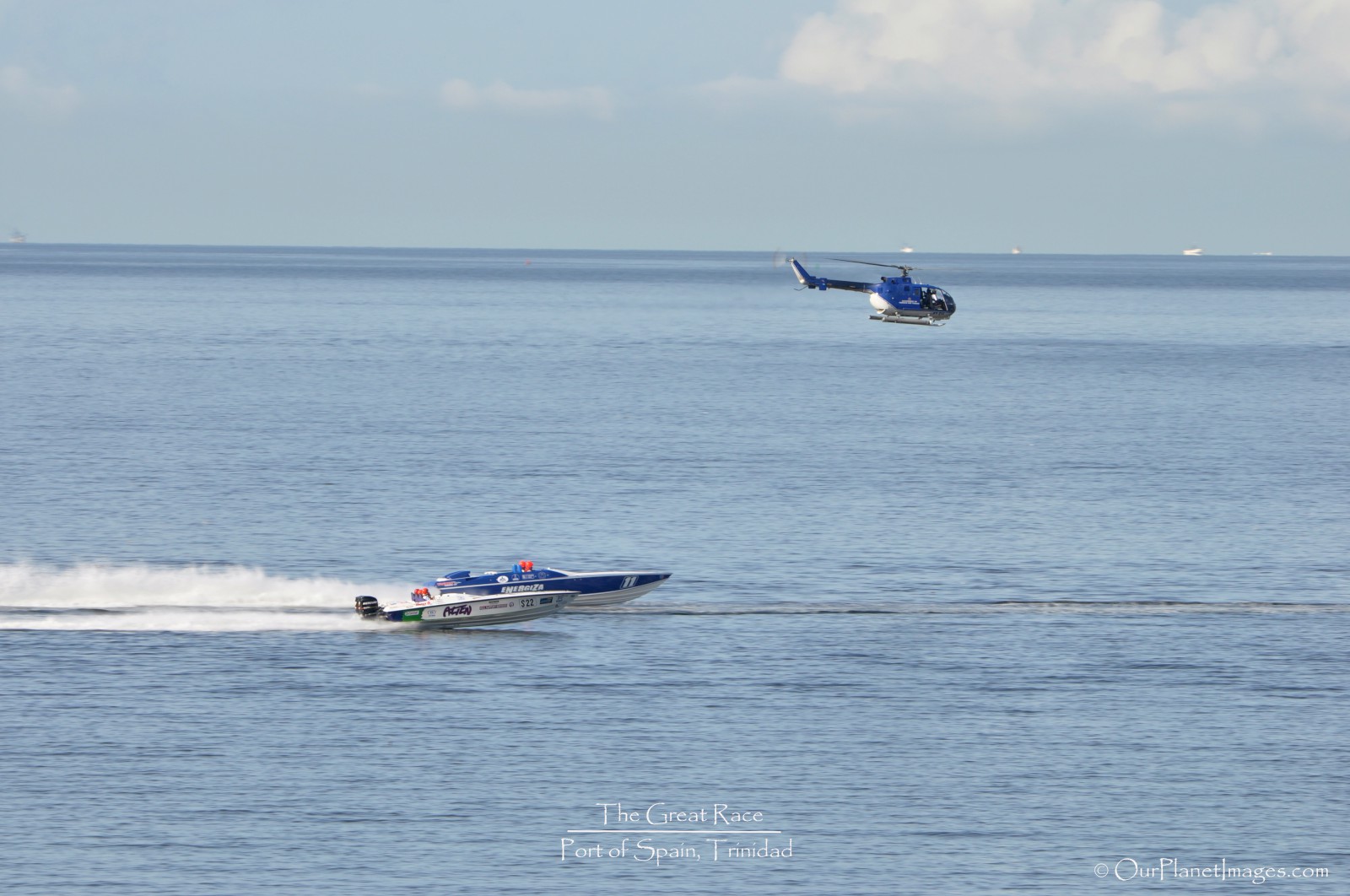 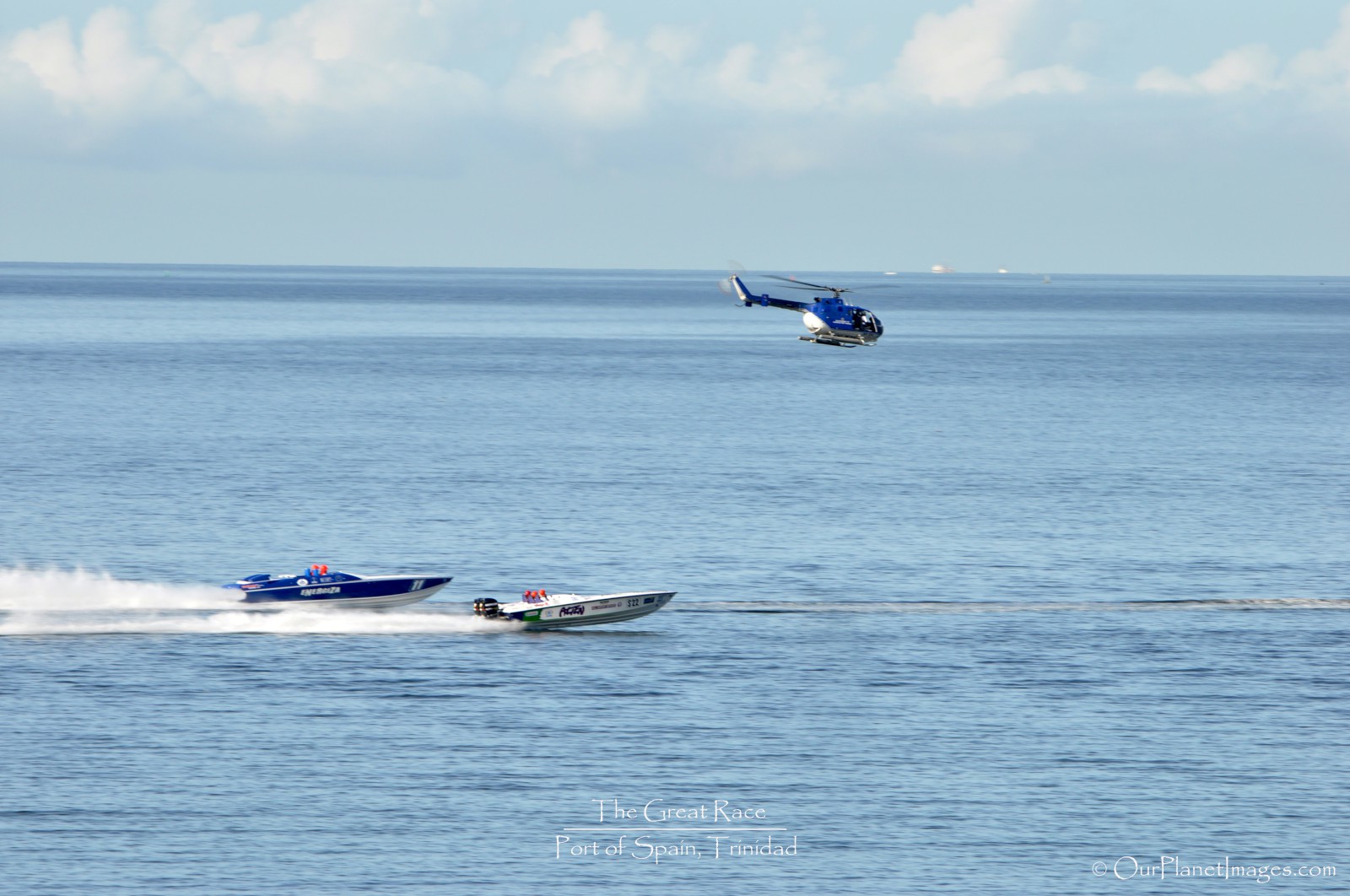 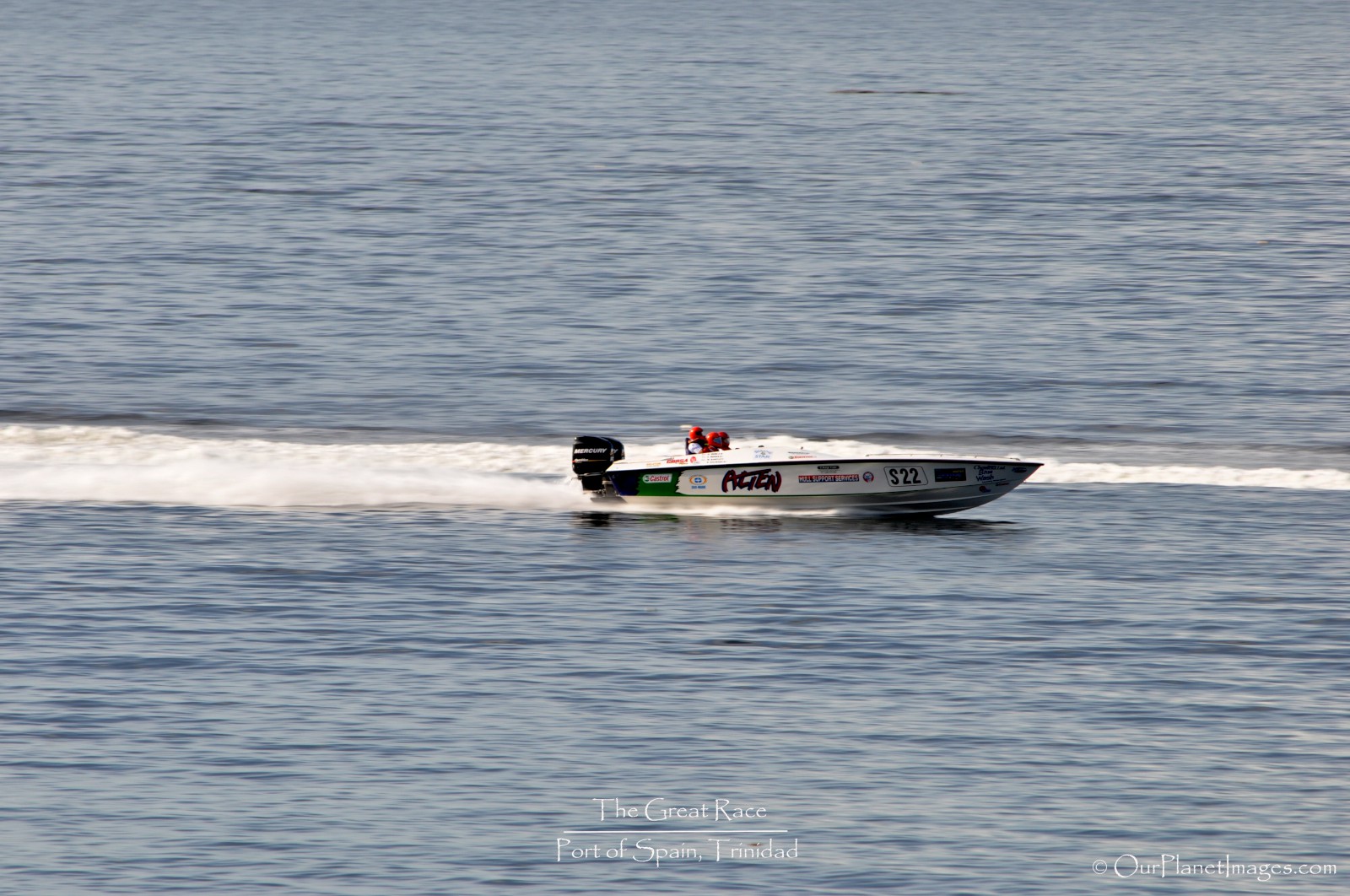 One of my favorite parts of the race was watching the boats making a sharp turn around a buoy. The boats would come towards the buoy at a high speed and as they executed the sharp turn they would spray large amounts of water into the air. 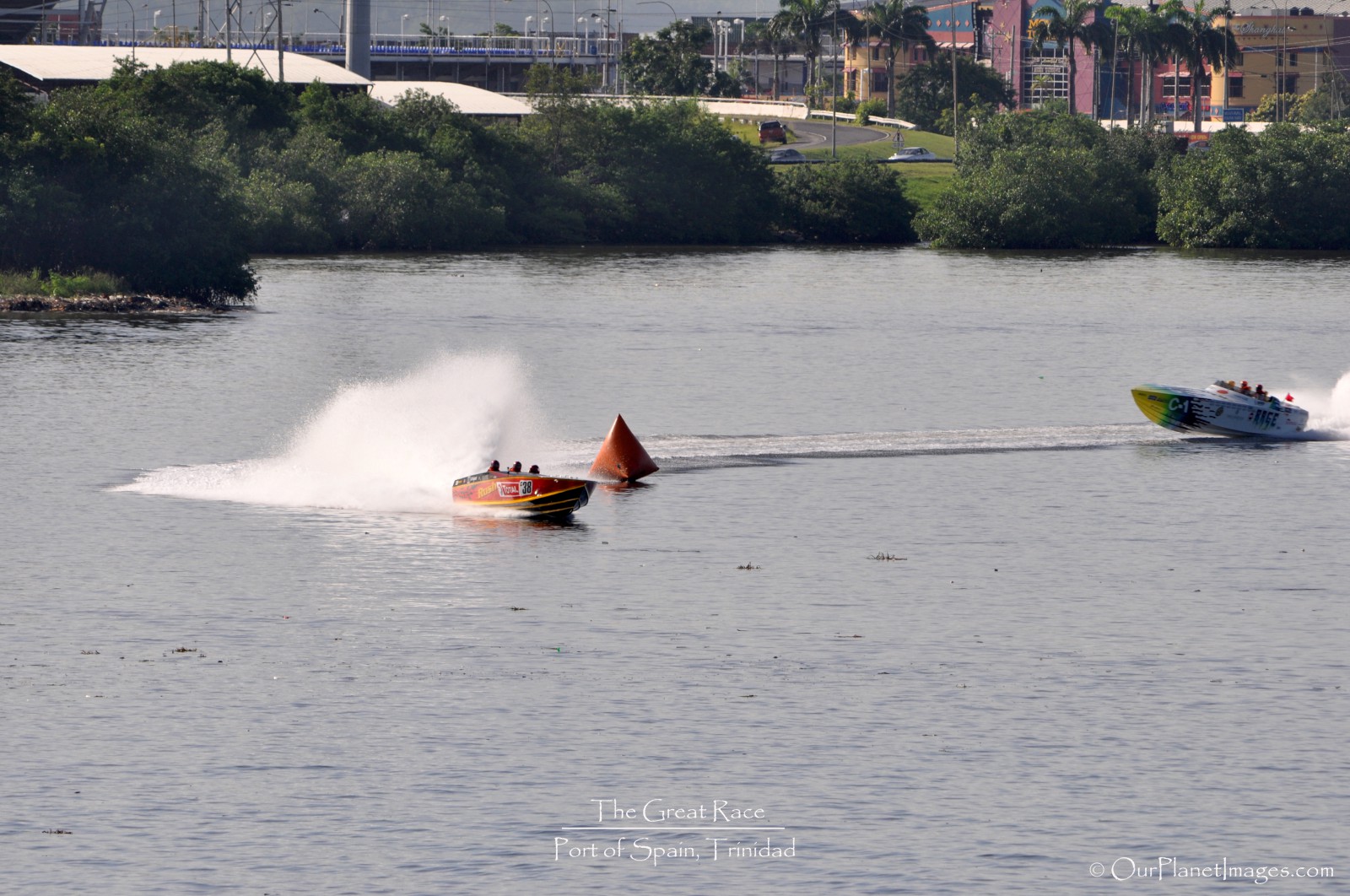 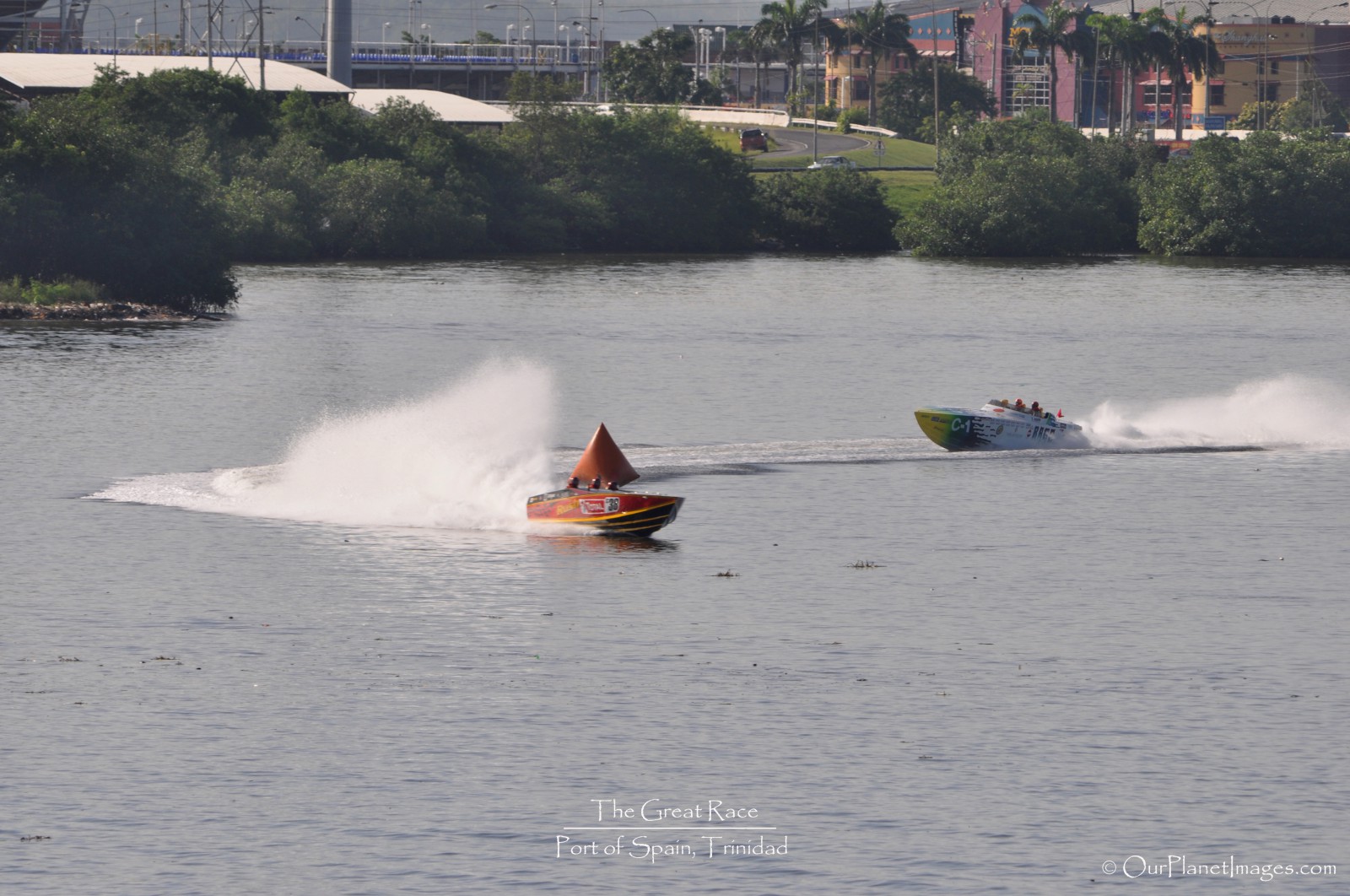 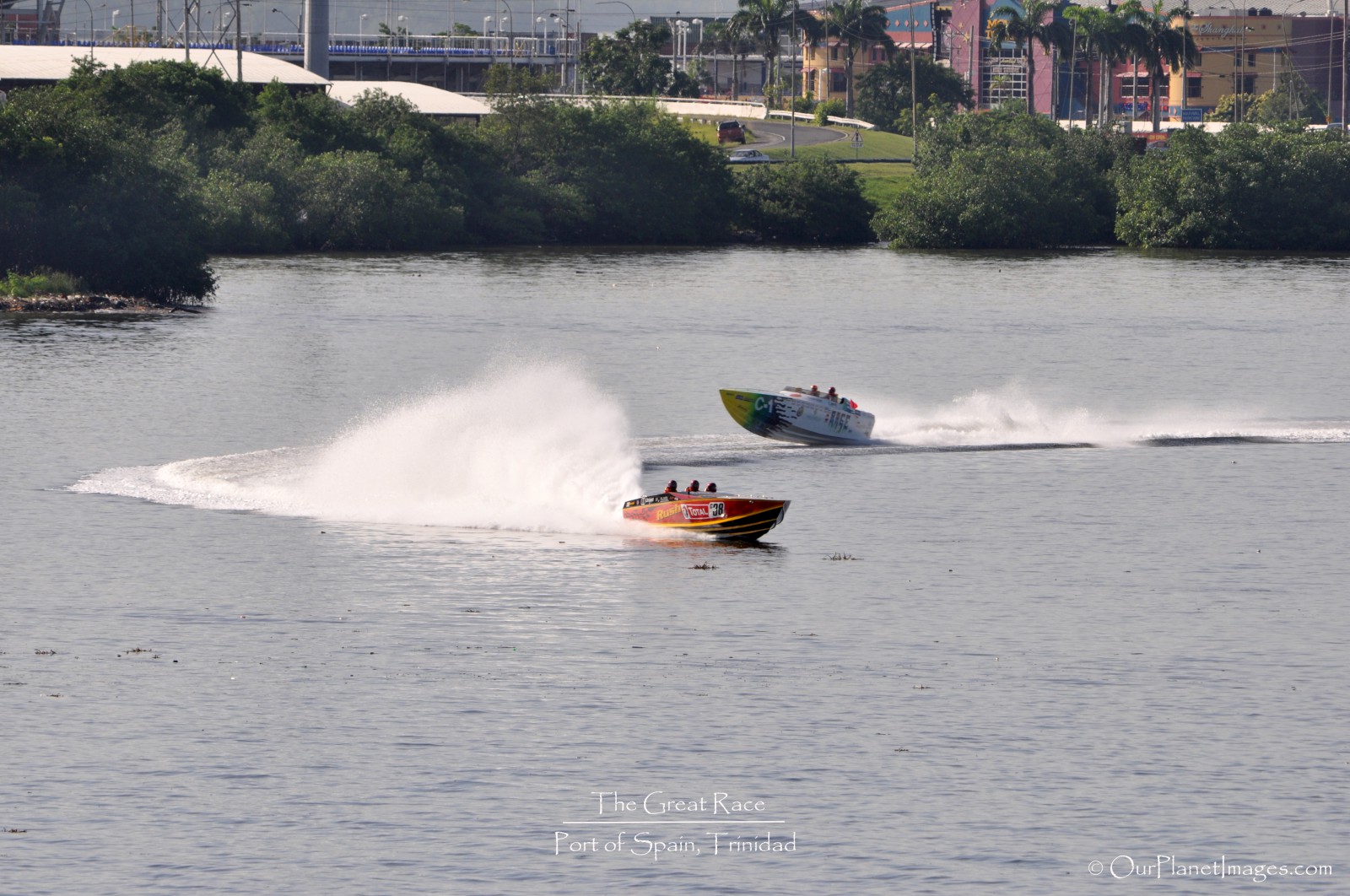 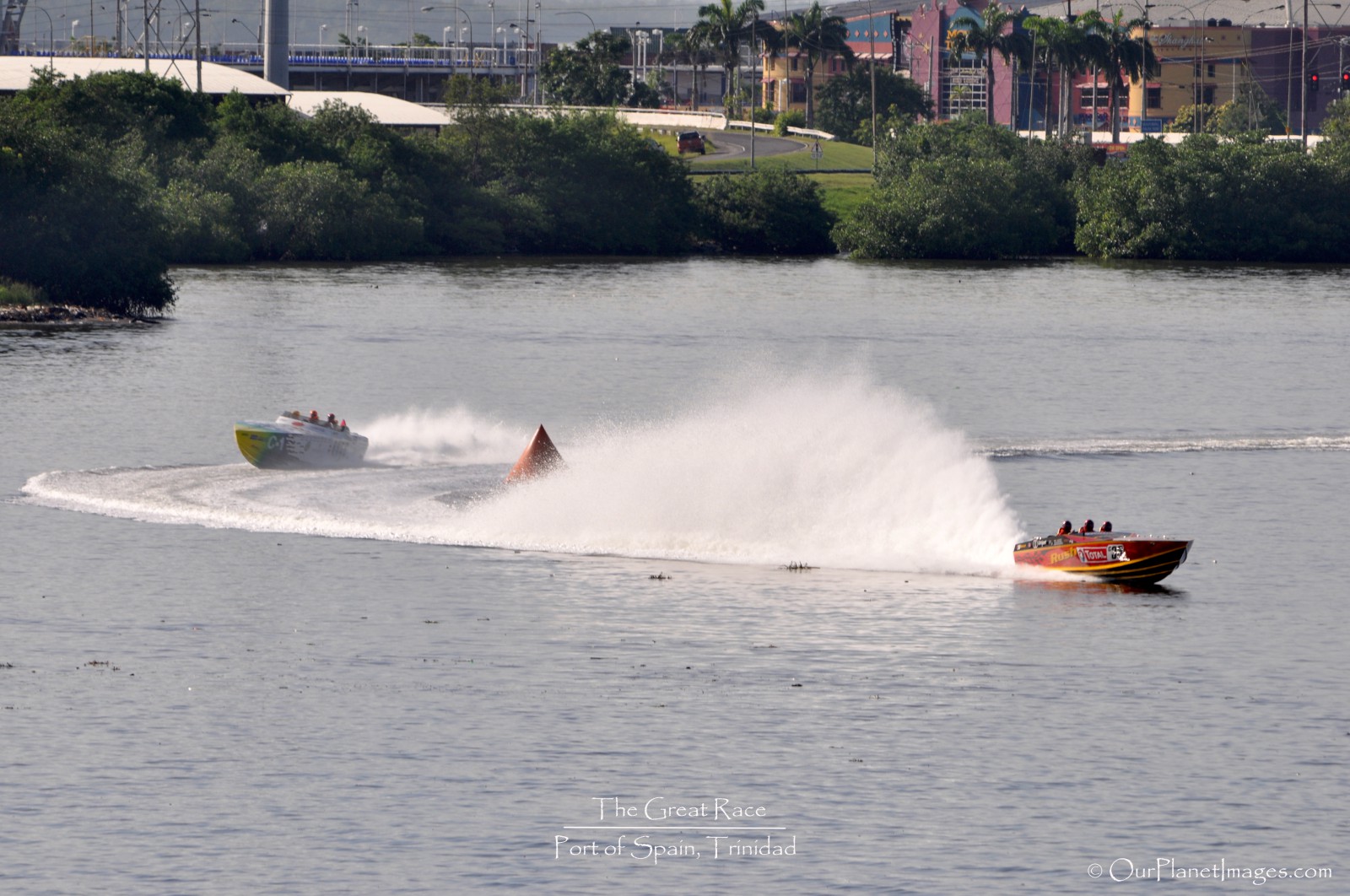 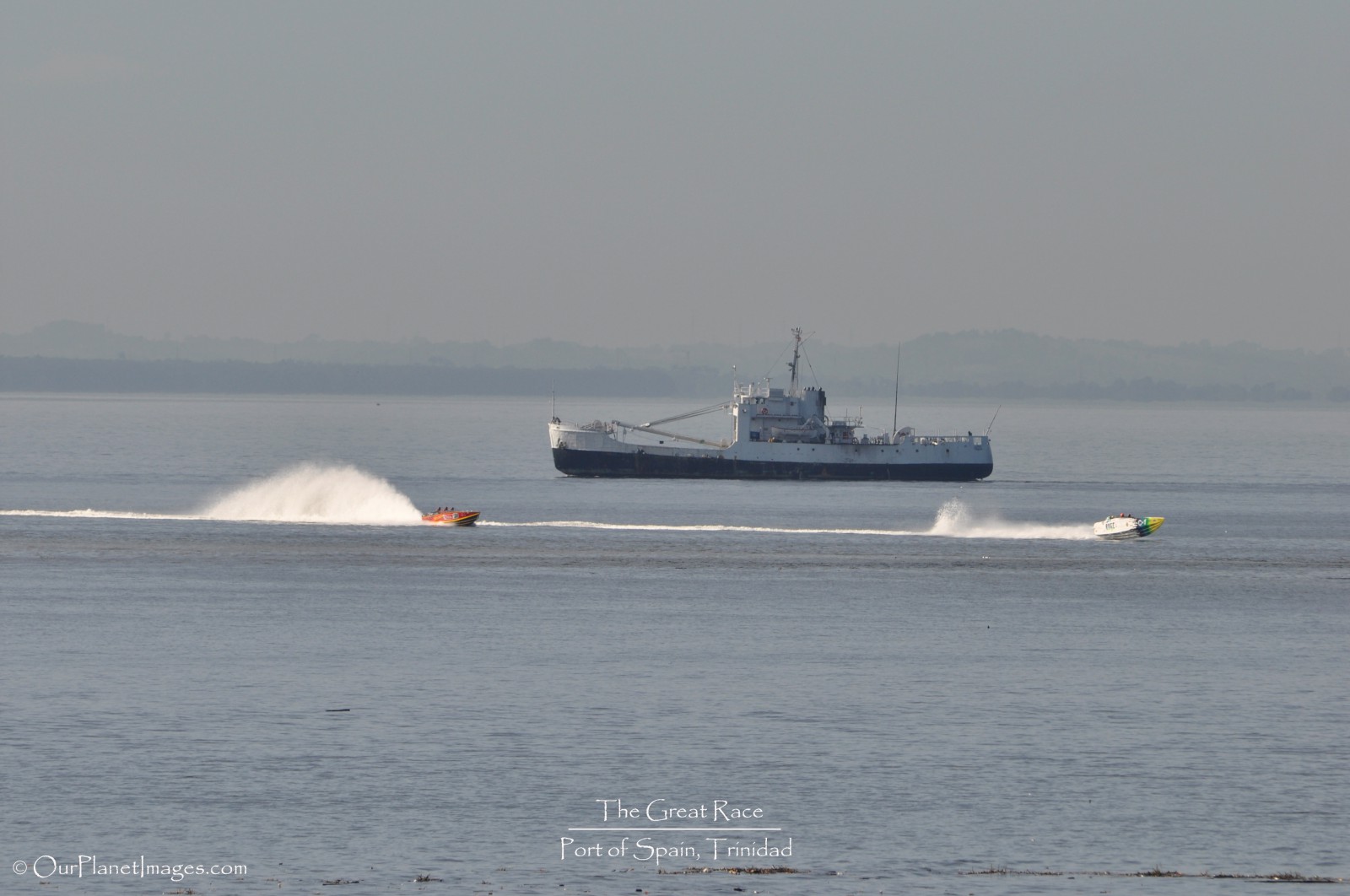 Once the buoy was passed then it was back into “full speed” mode again. Watching how fast these boats could move on the water was amazing. All of the boats were going fast but it was exciting to seeing how some boats just blew past other boats. This is seen in the next set of photos. 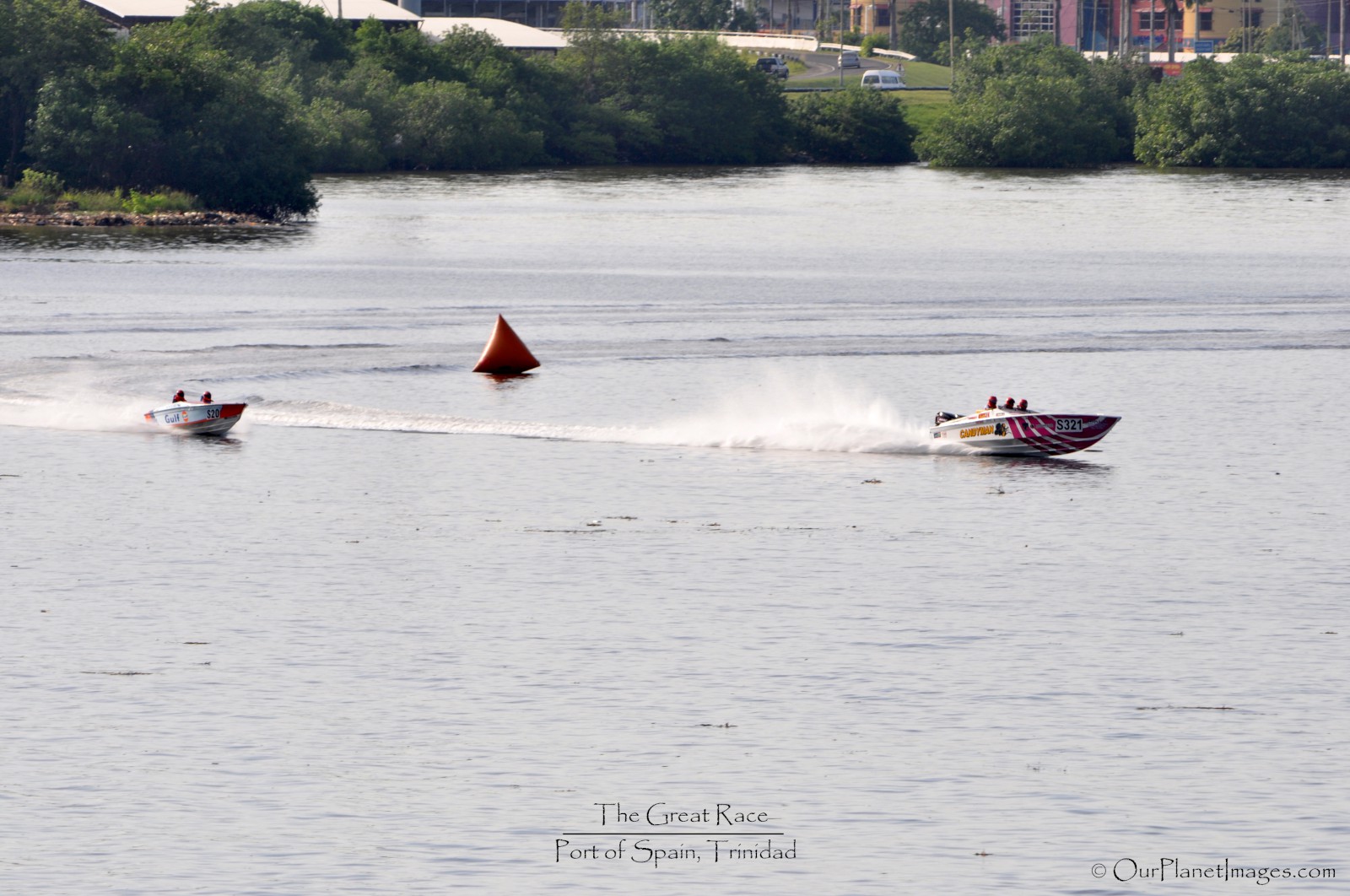 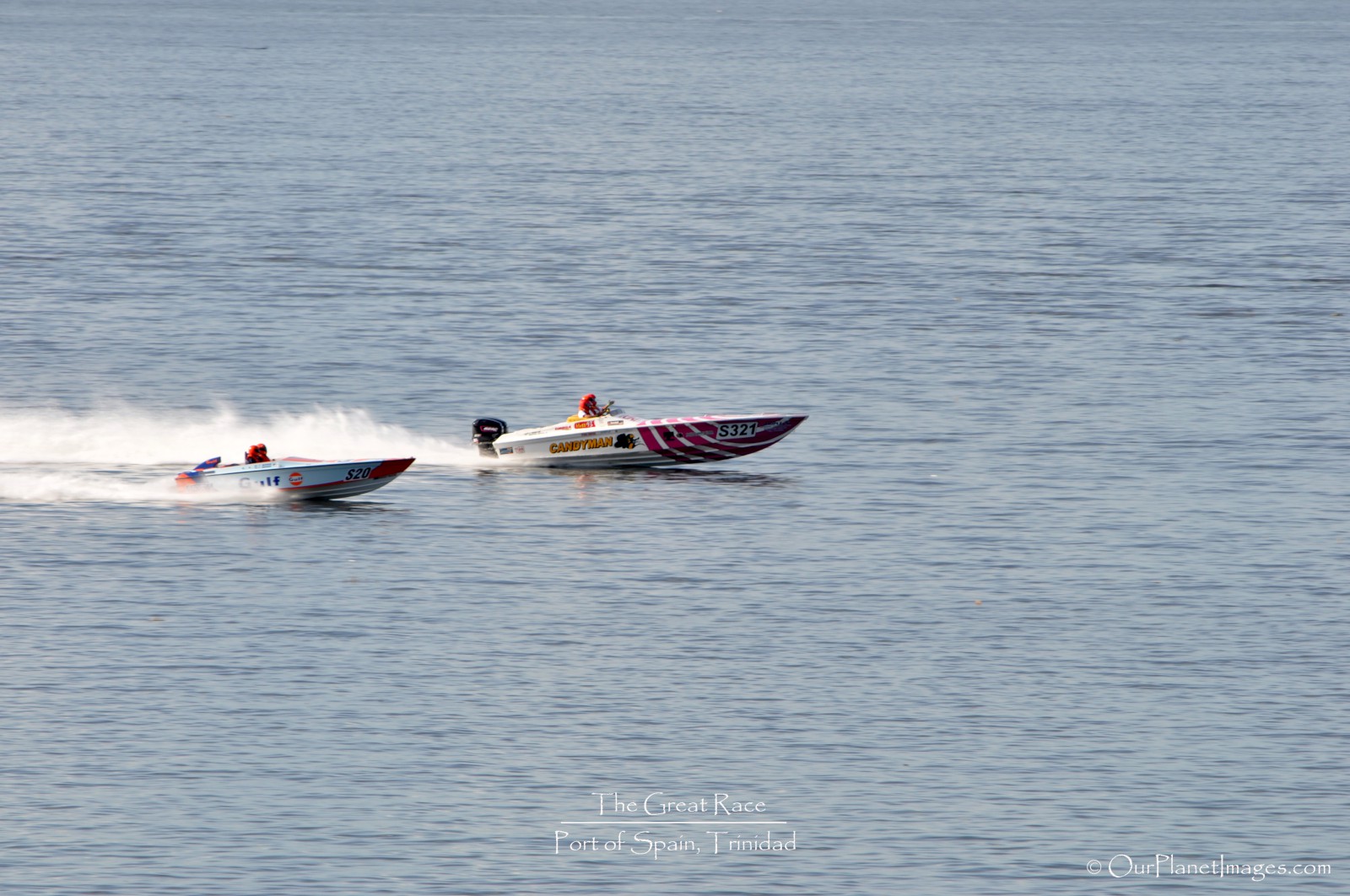 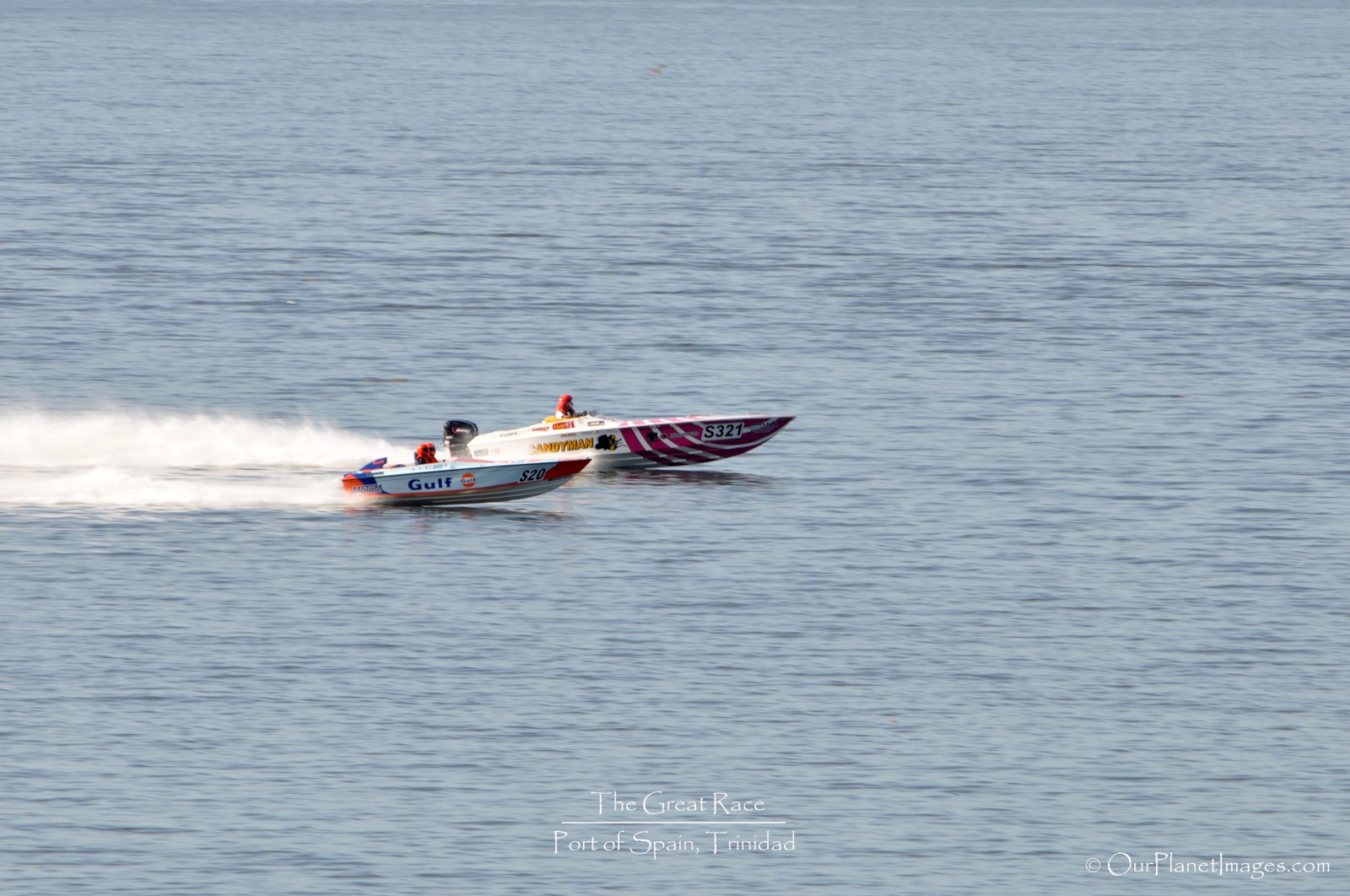 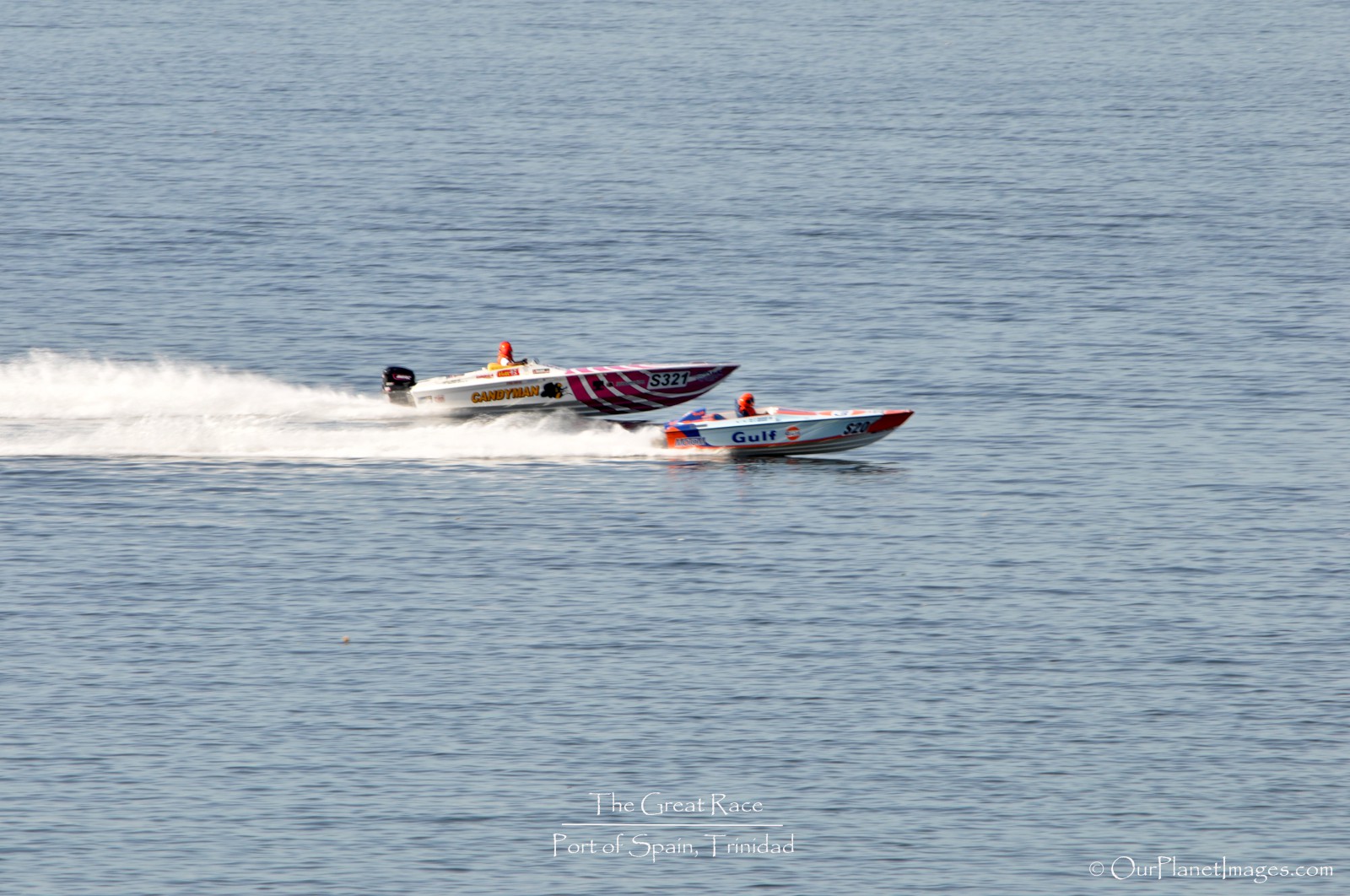 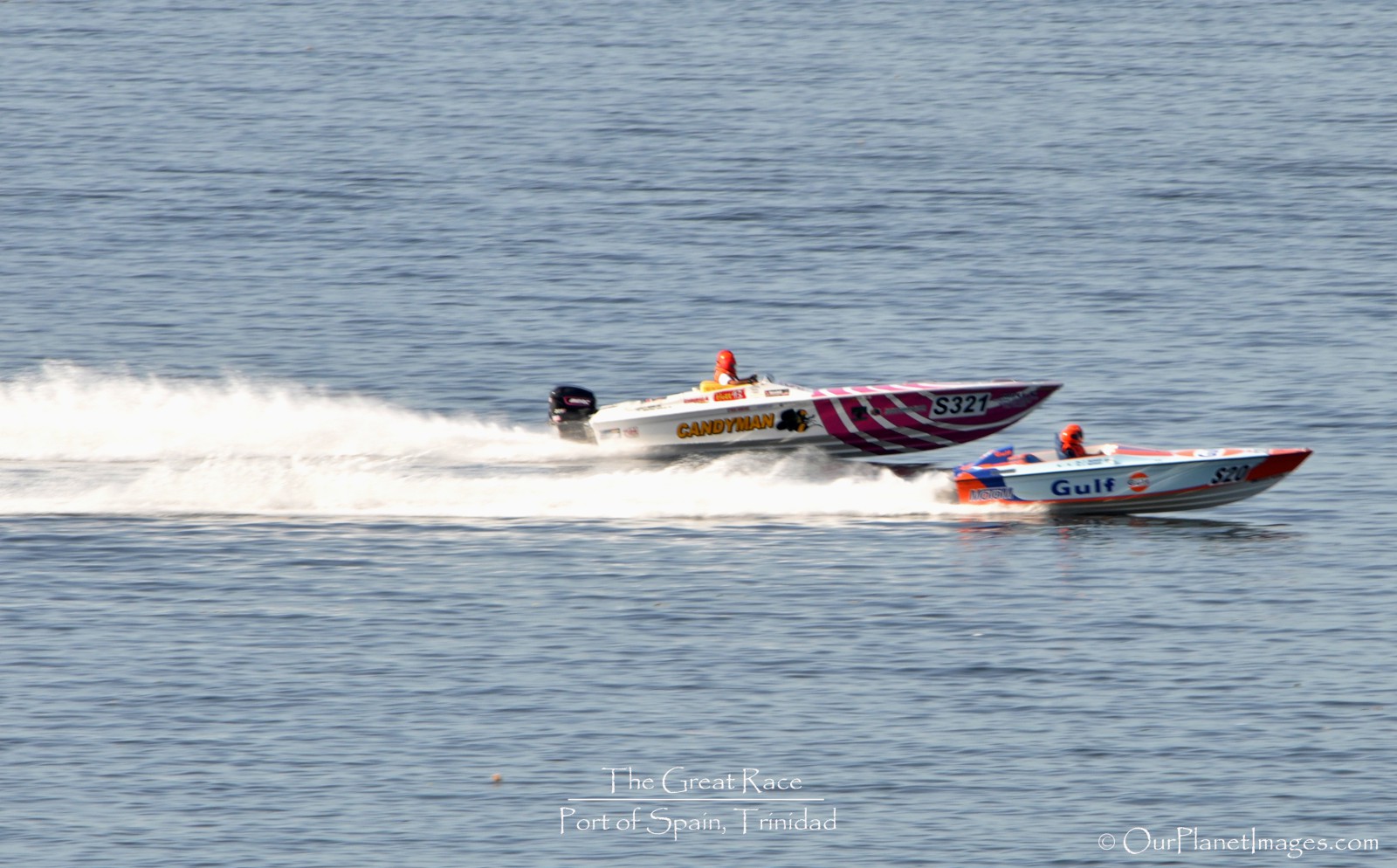 The two things that I liked the most was seeing some of the boats going almost airborne with only a small part of the boat touching the water and secondly watching the boats round the buoy while spraying up massive amounts of water. 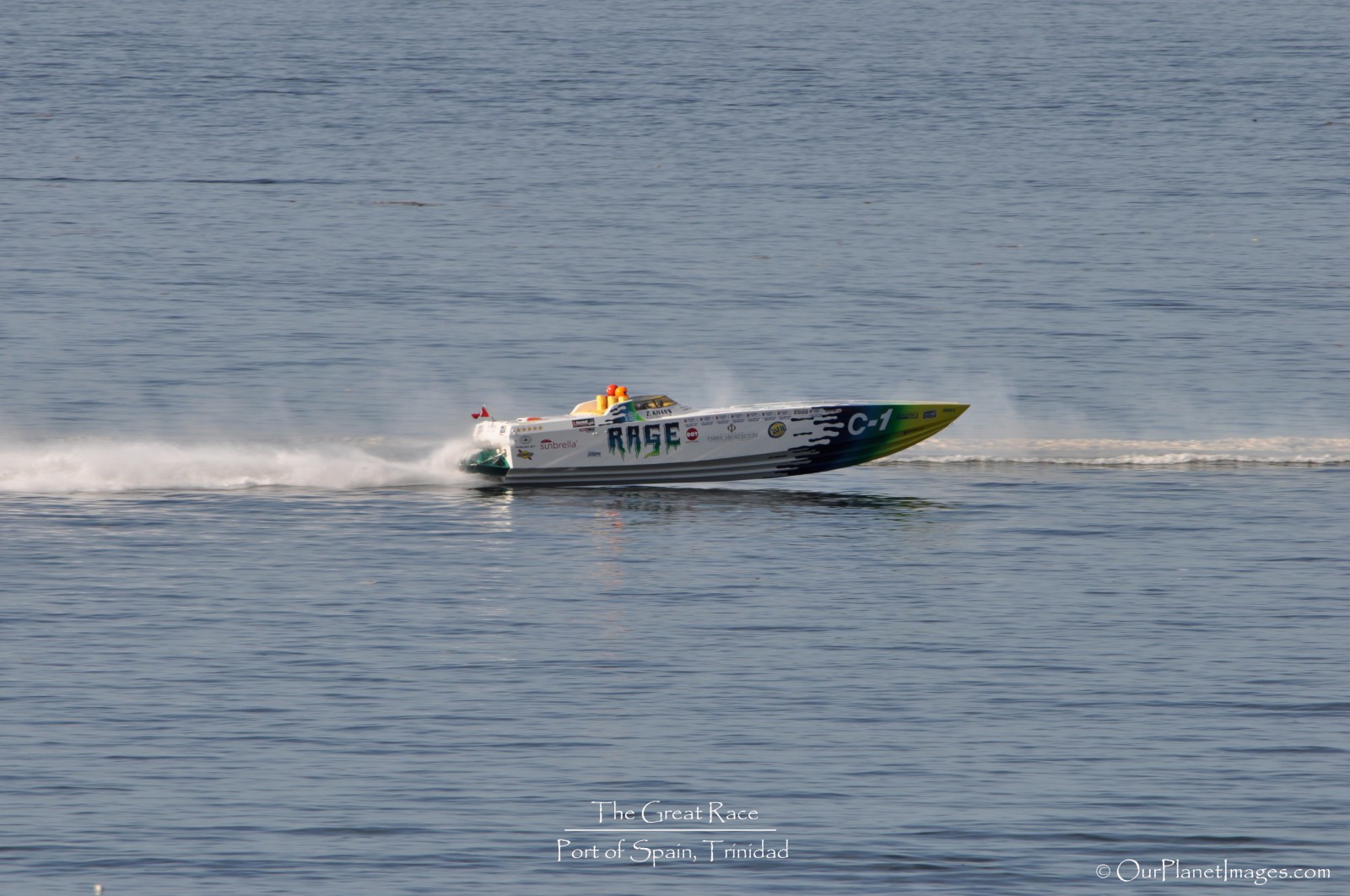 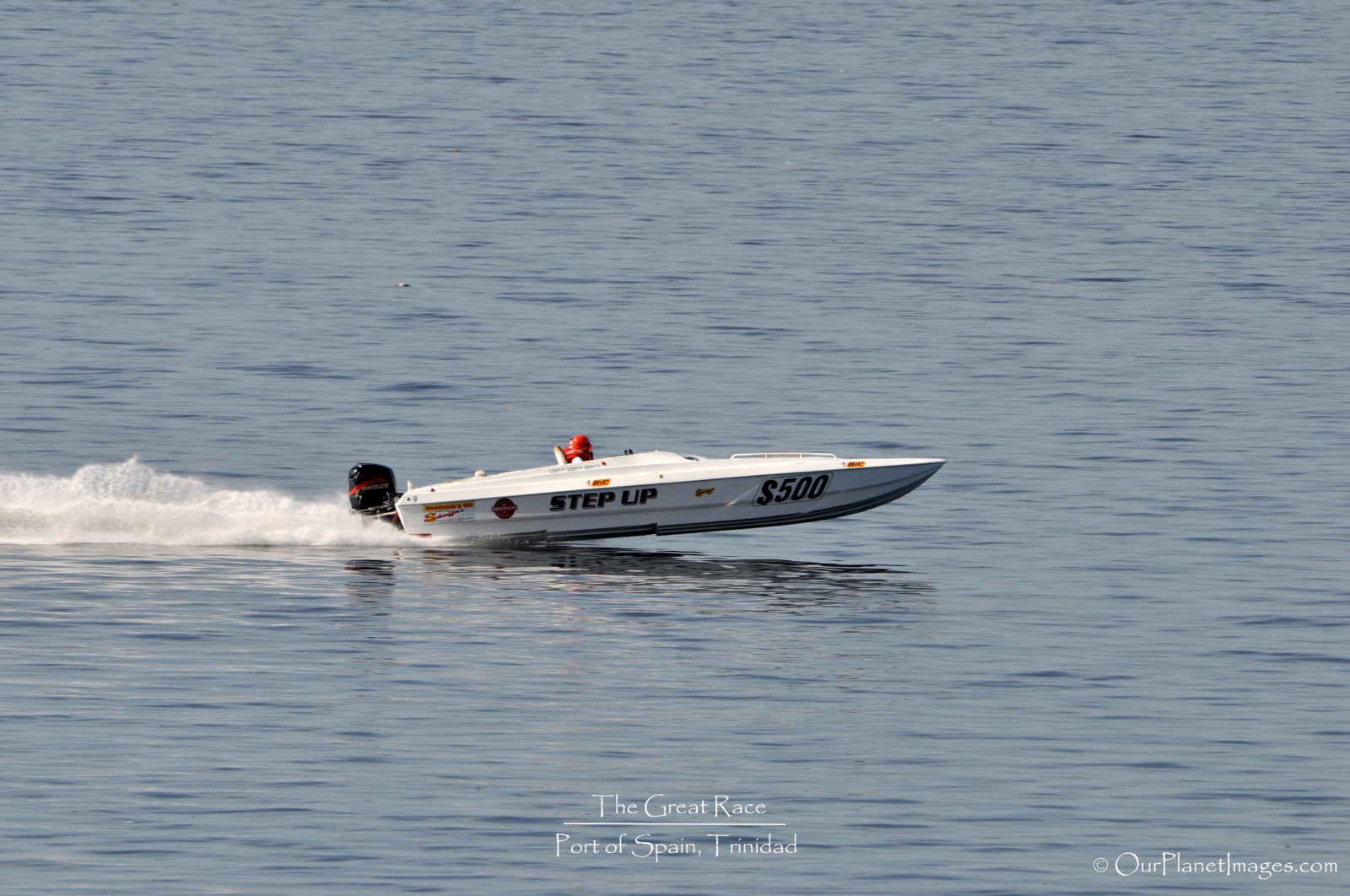 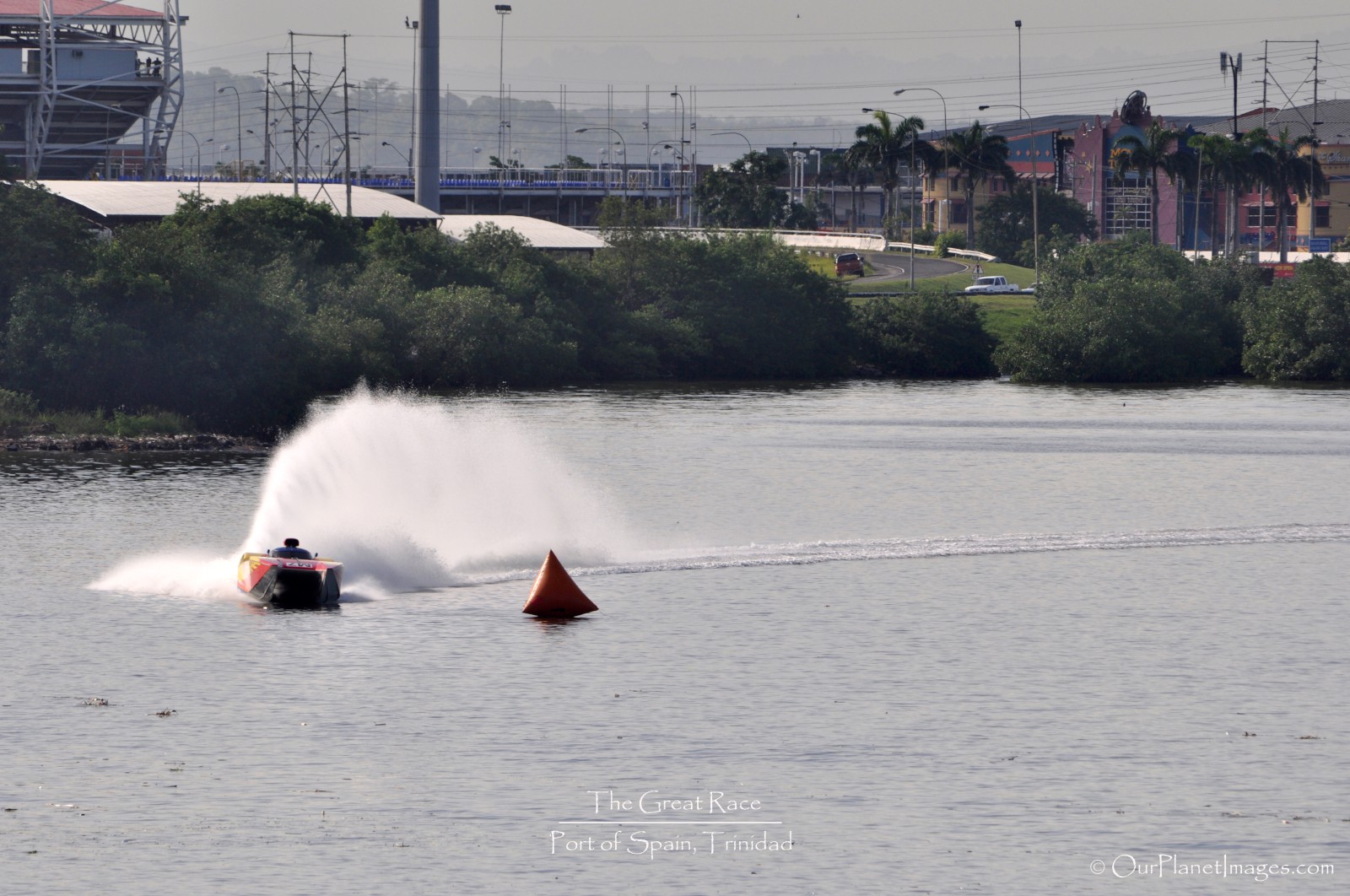 I will admit that am not a racing enthusiast but experiencing a famous speedboat race was exciting and I really enjoyed it. The boats in this race were fast. The boat speeds ranged from 60 MPH to 130 MPH. Traveling 130 MPH on land is crazy but those speeds on the water is insane. 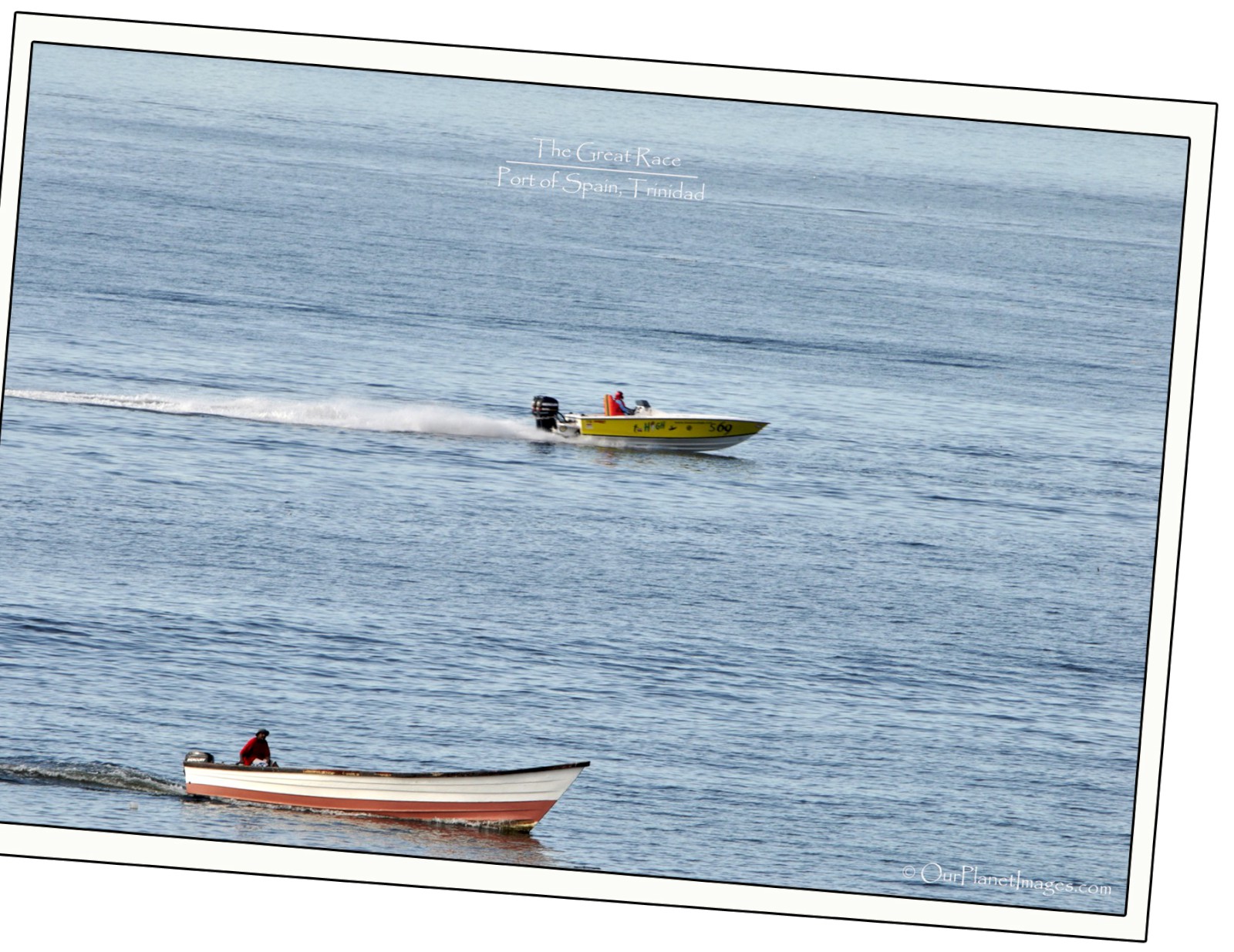 The photos in this post were taken from the balcony of my apartment when I lived in Trinidad. Every morning I would eat breakfast and watch the fishermen go out for their morning fishing. This photo is one of the fishing boats that I normally watched but his normally quiet day of fishing was interrupted by the loud speedboats passing by. 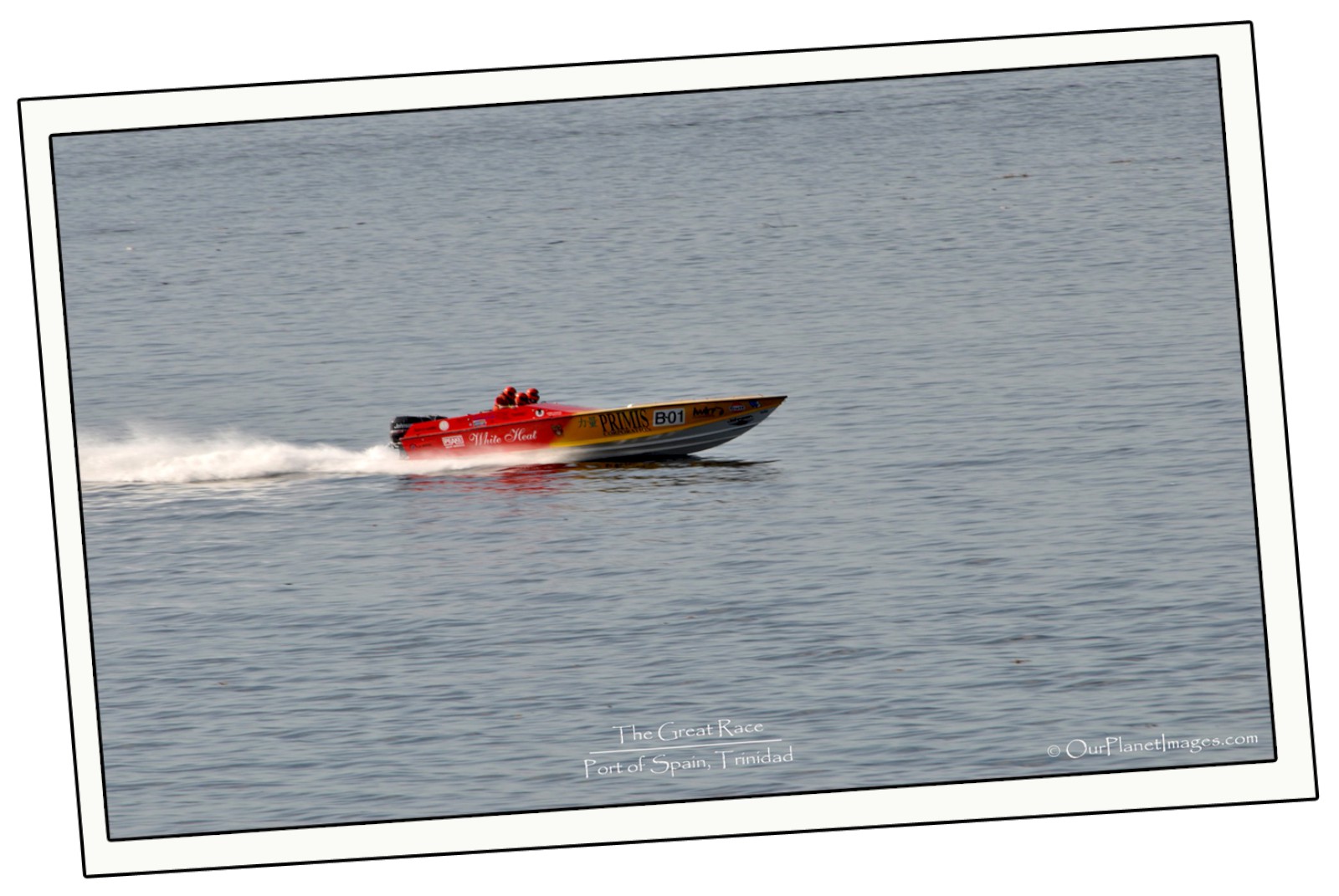 I was not much different than the fisherman. My normal quiet time on the balcony was interrupted by the loud boats from “The Great Race” but just like the fisherman, I took advantage of the front row seat to enjoy something special.

Sometimes when you are traveling, you will happen into something that you don’t know much about or don’t have a lot of interest in but stop and take it in because it will probably be more enjoyable that you expected.