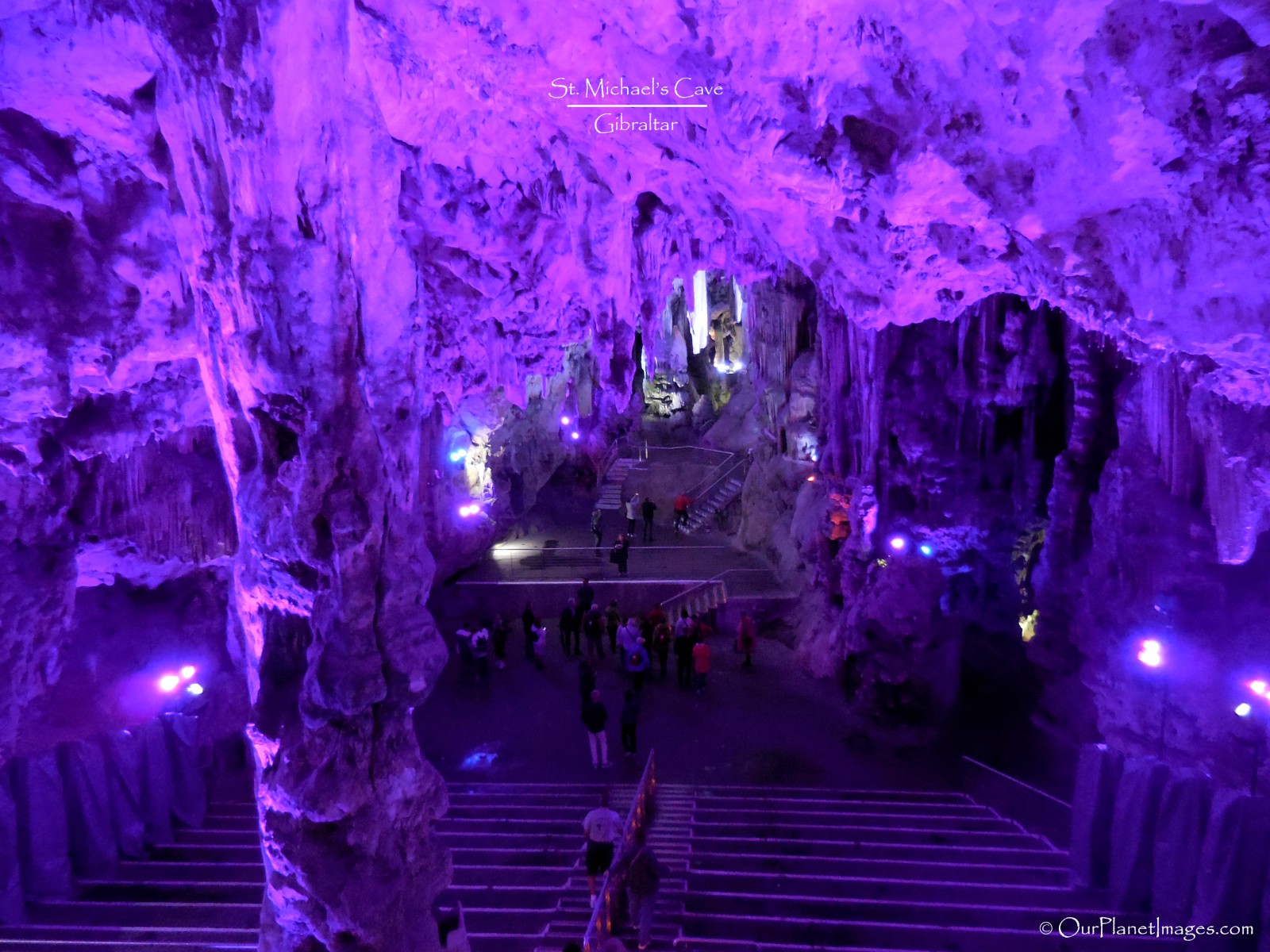 St. Michael’s Cave is located within the Upper Rock Nature Reserve on the Rock of Gibraltar. The entrance to the cave is at a height of 300 meters above sea level.

The cave is not the biggest or most impressive cave that I have been in but it has a huge cavern and a lot of nice stalactites and stalagmites. The entrance to the cave is into the large cavern that allows you to wander around without feeling too crowded.

The first thing that you notice is that the cave is bathed in colored lights that gives the caves a more contemporary feeling. Some people don’t like the artificial coloring but I liked it and found that it made the formations more interesting. 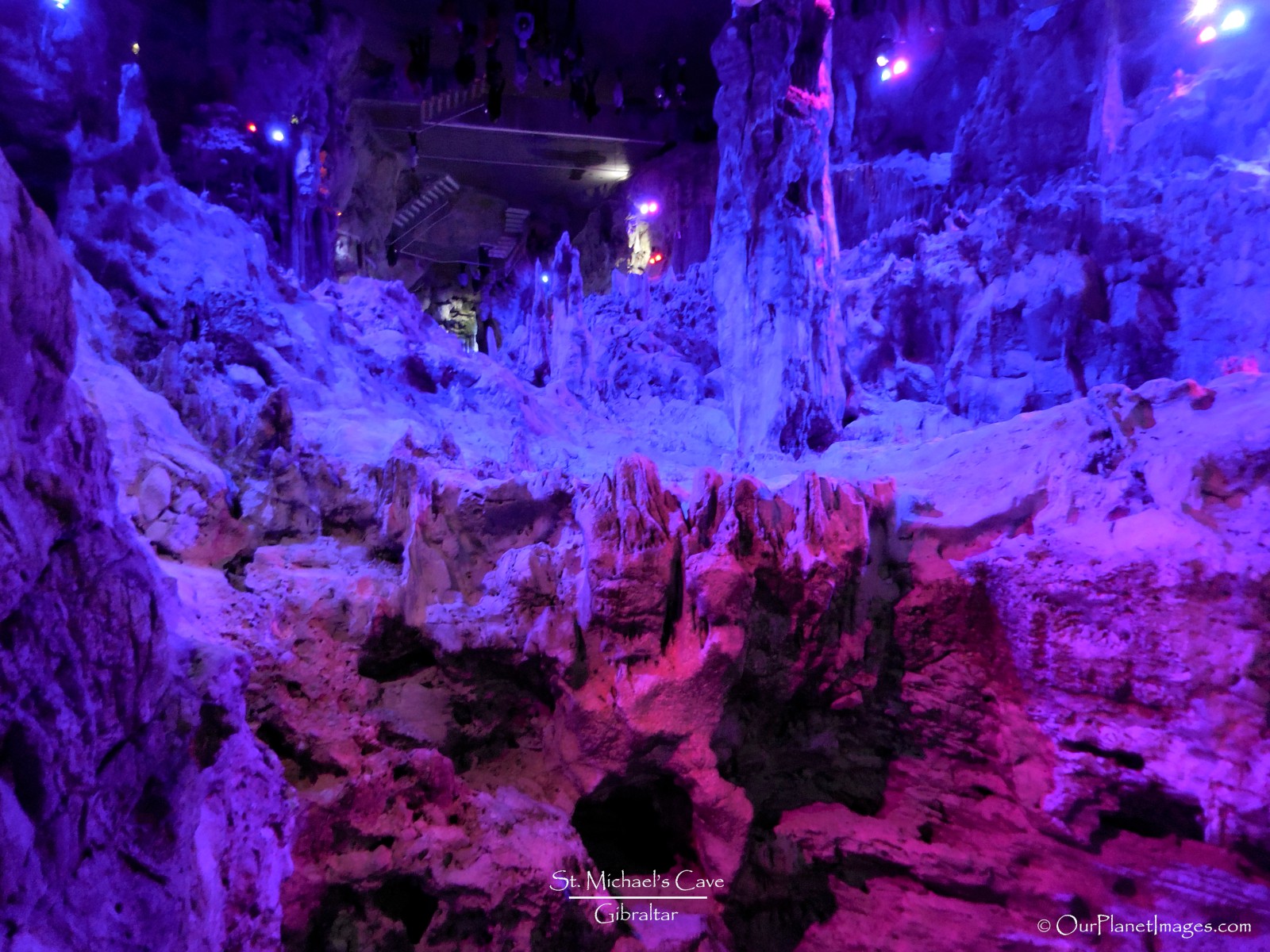 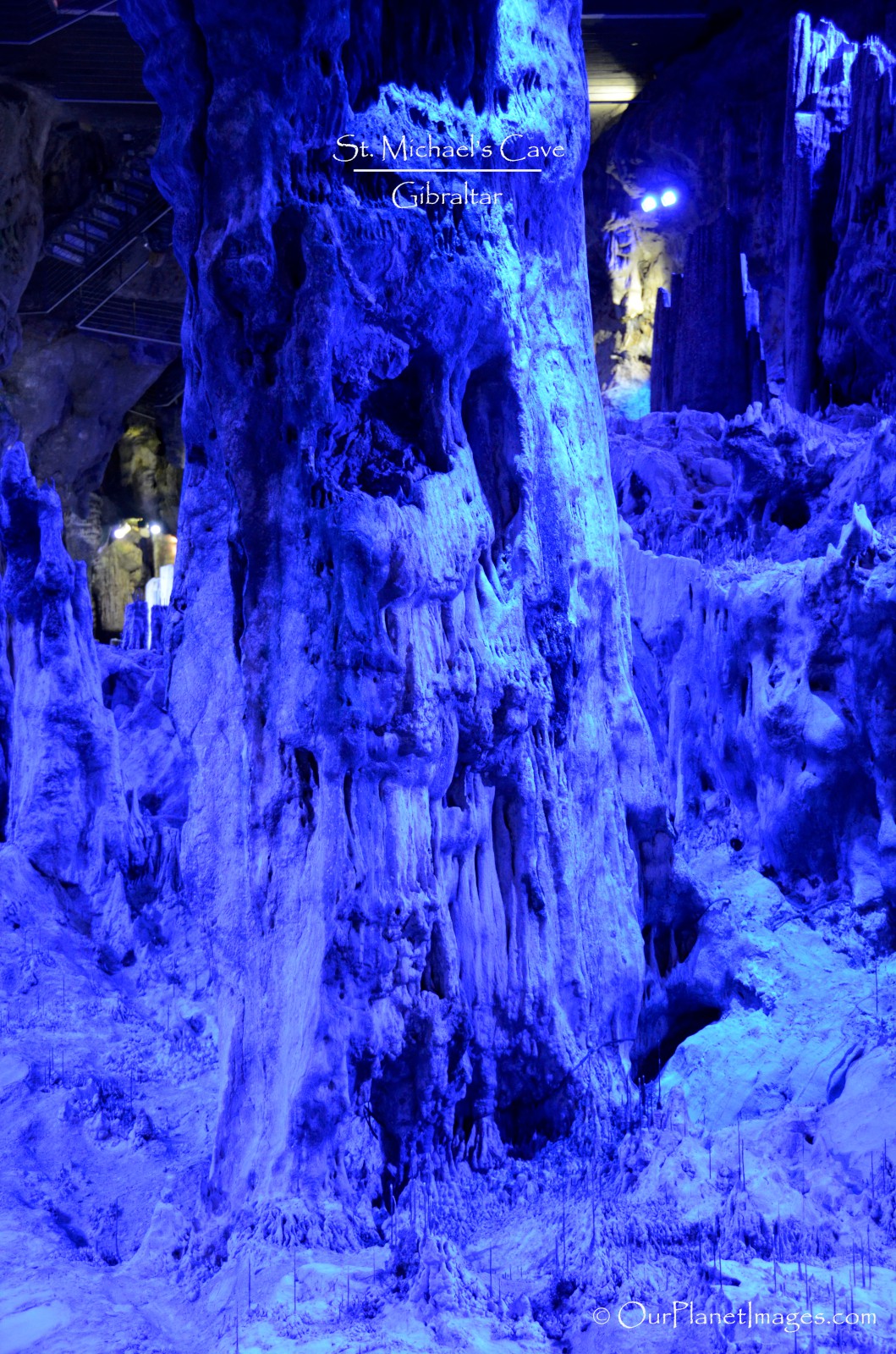 There are areas of the cave that are lit with white light for the people that like the more natural look of the formations and those areas are also very interesting. 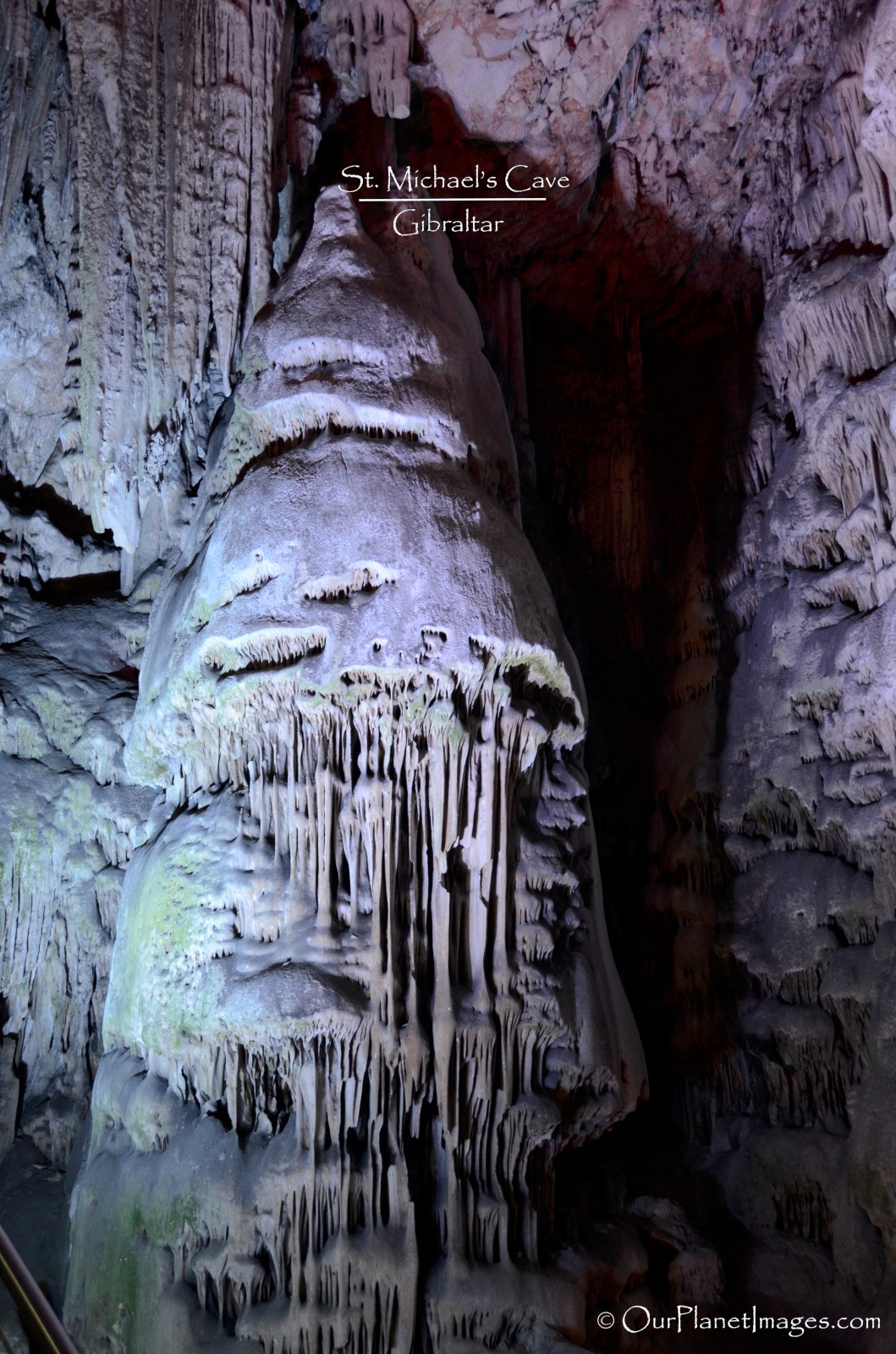 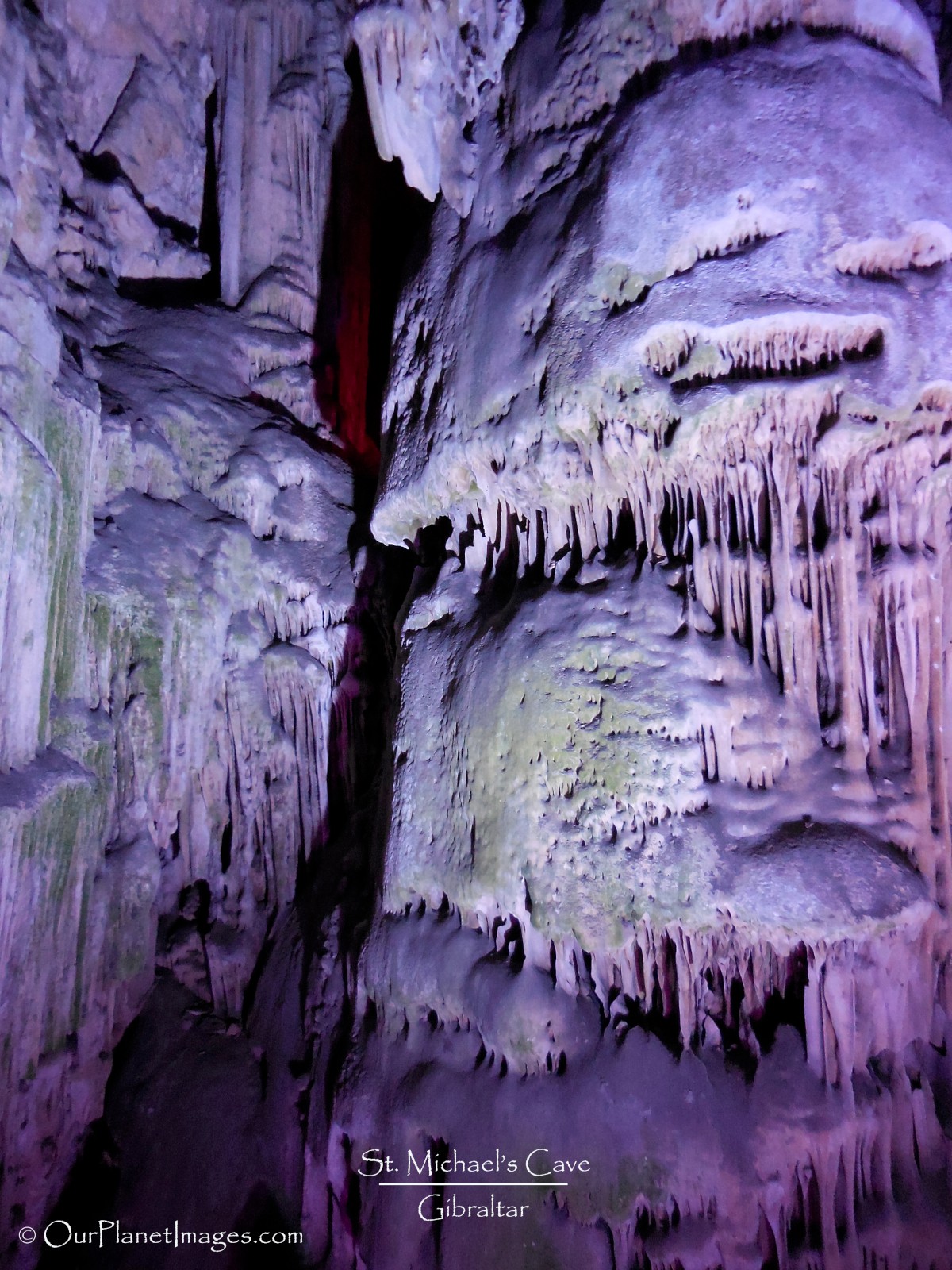 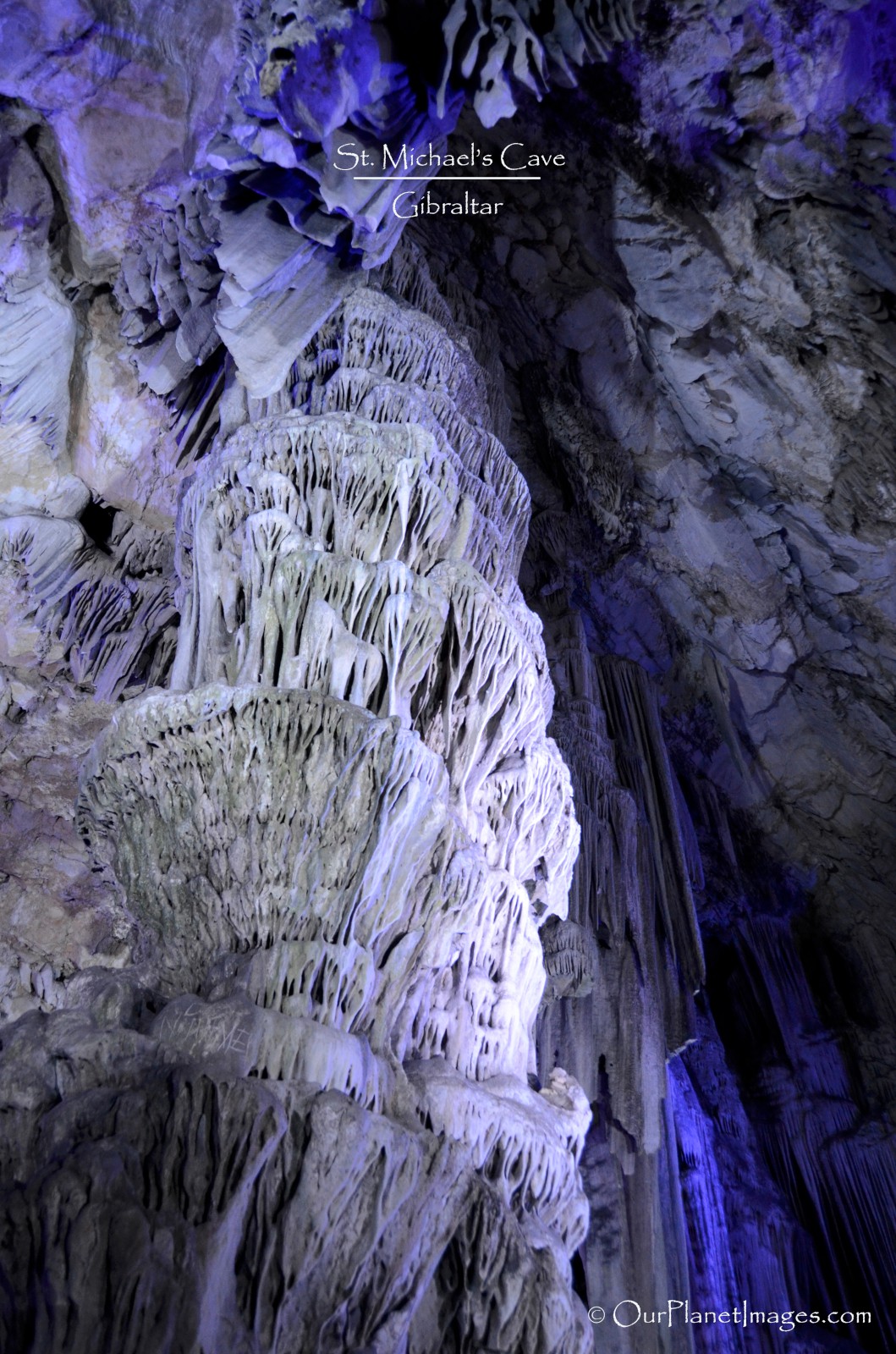 For me, I really enjoyed the colored lighting and some areas had two colors that interacted with each other giving the formations more depth. 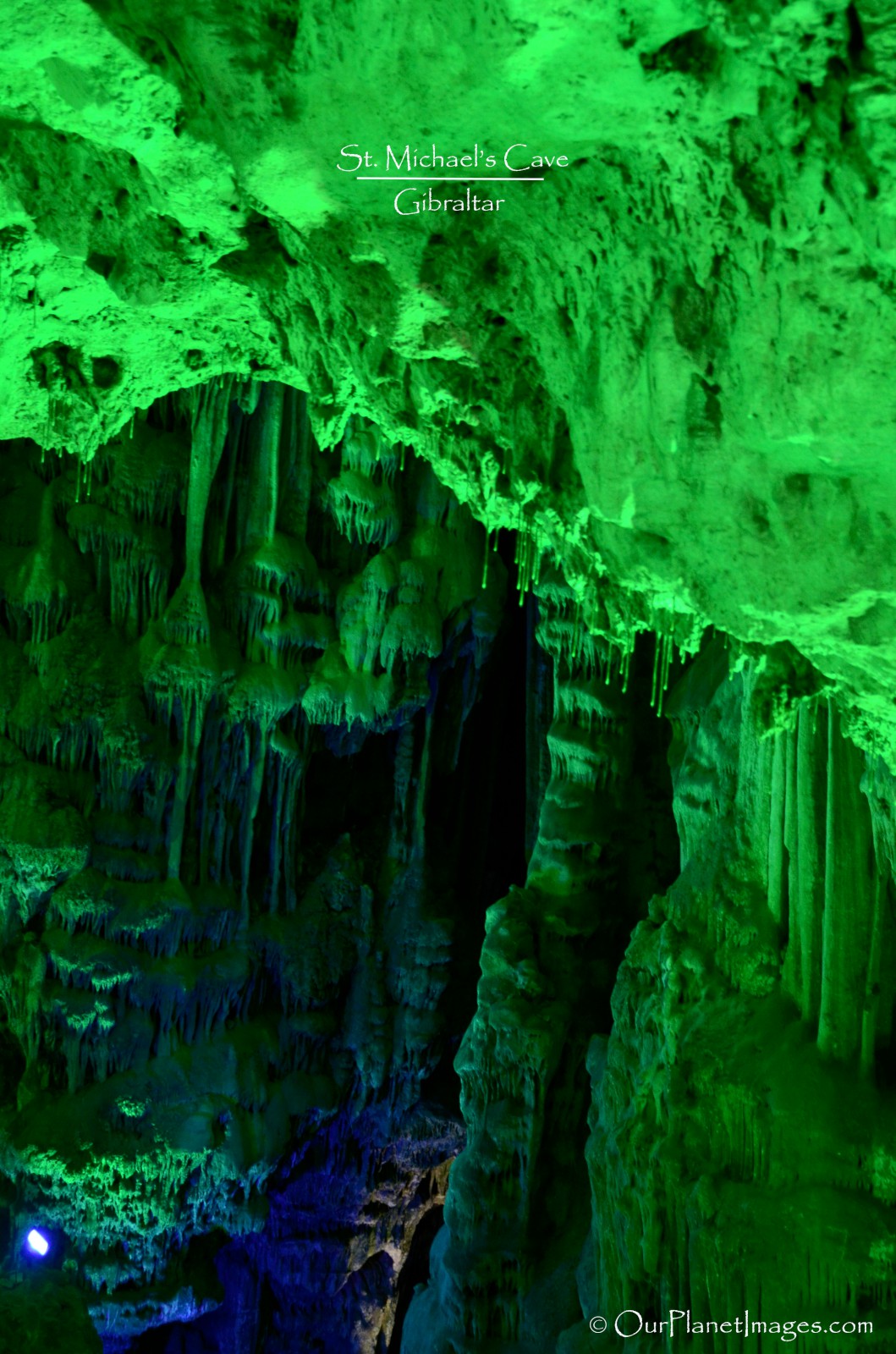 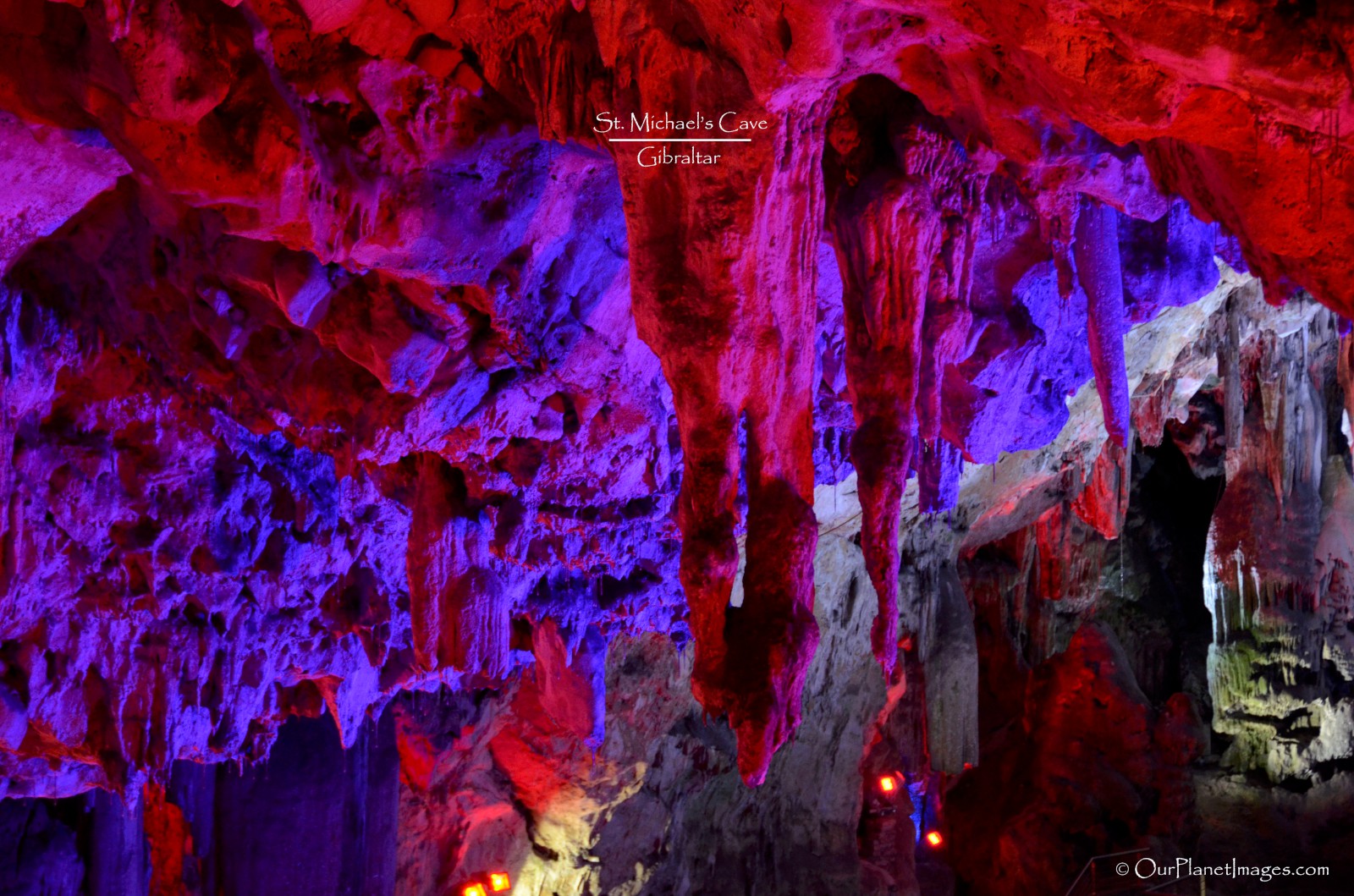 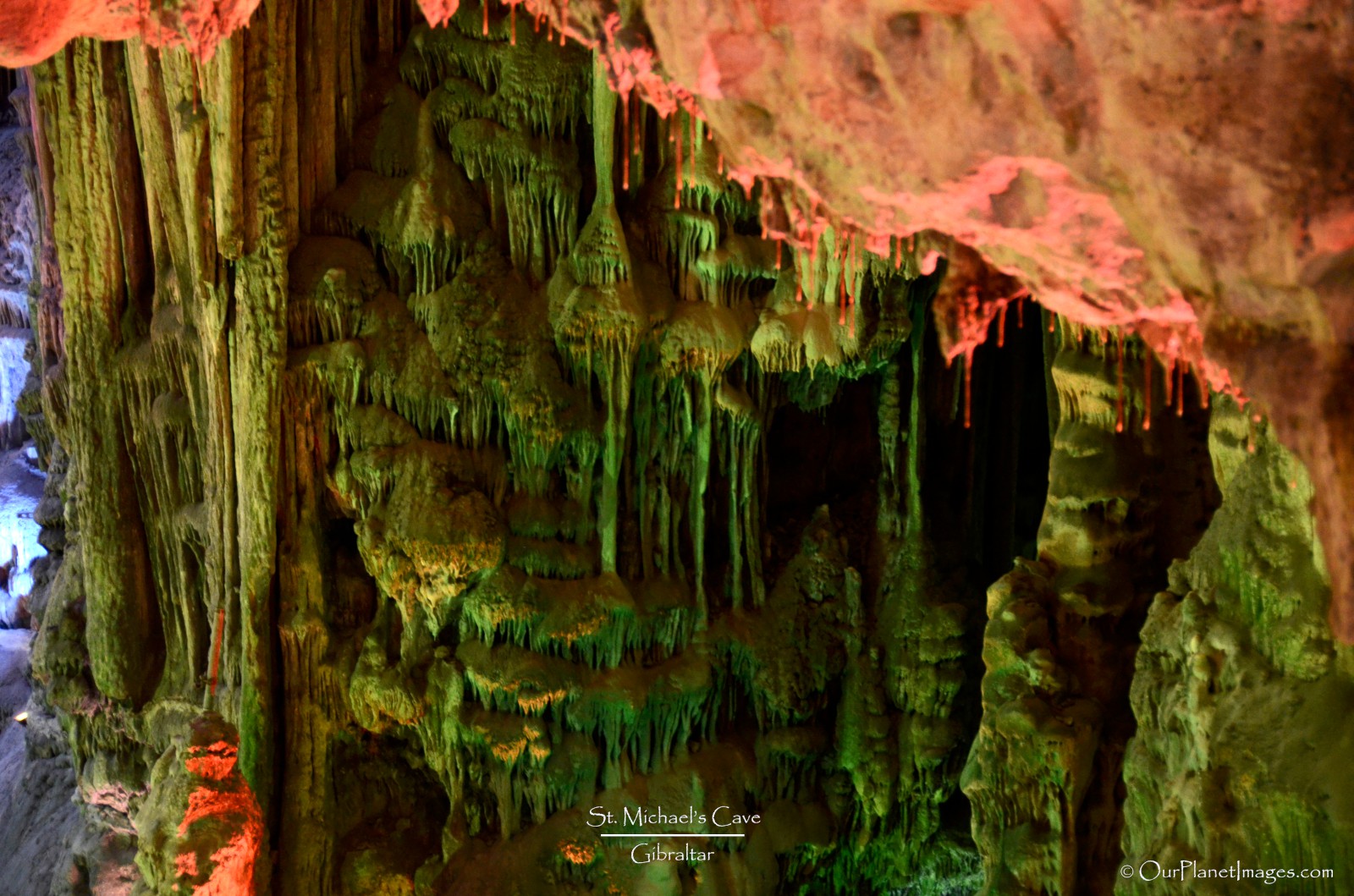 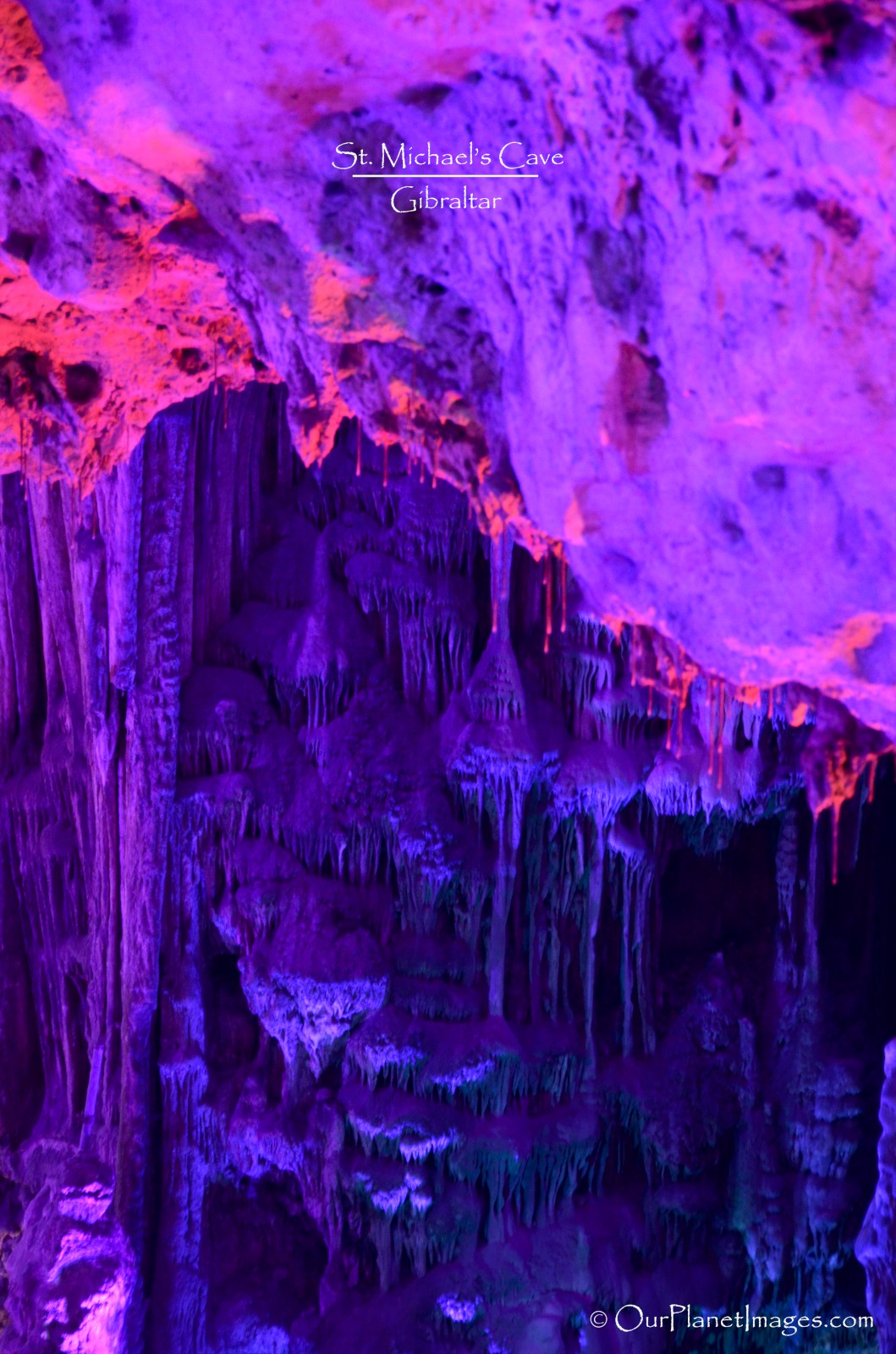 There are some places within the cave that were mostly natural and partially lit with colored lighting and I think that made for a nice effect. 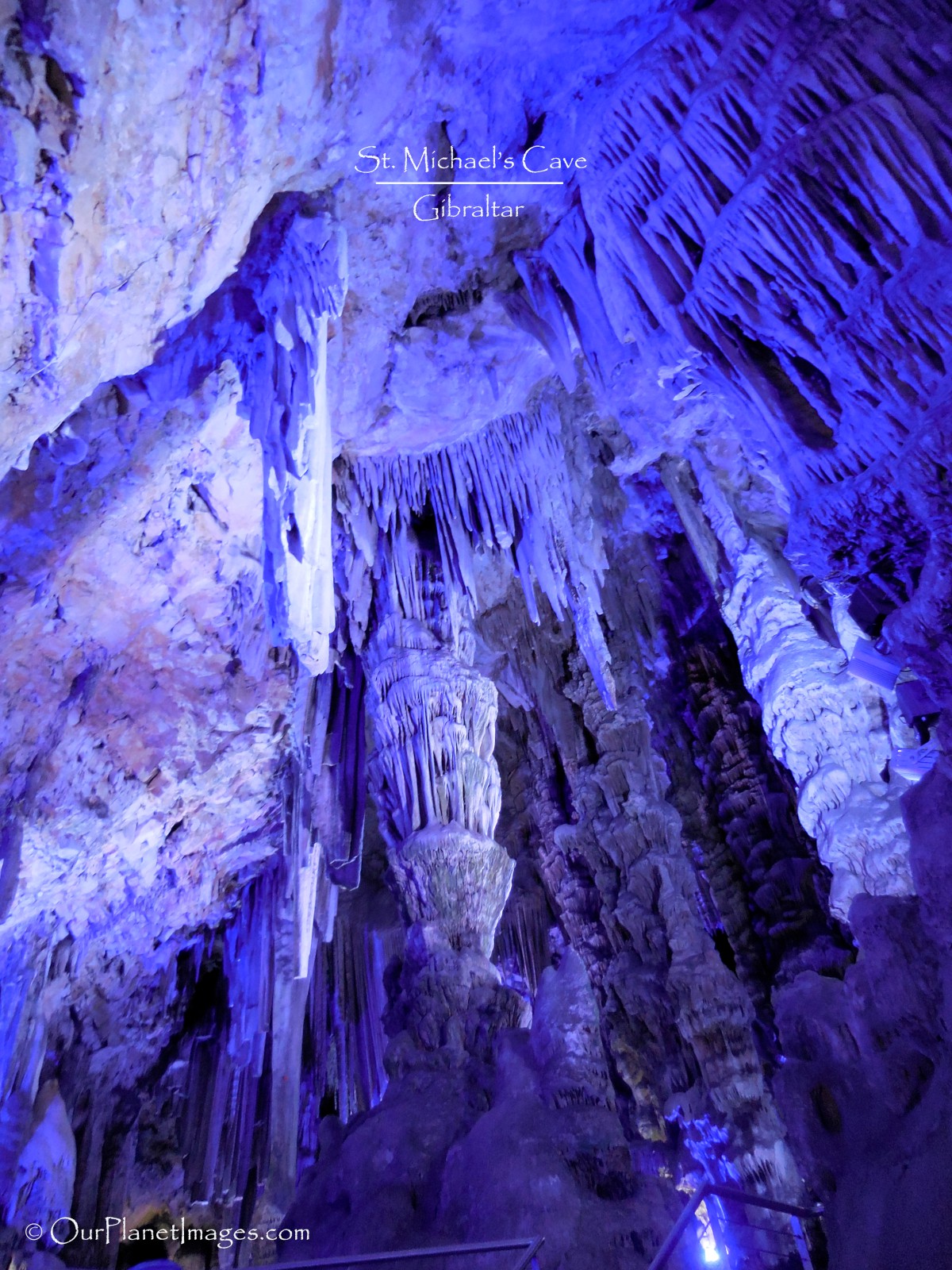 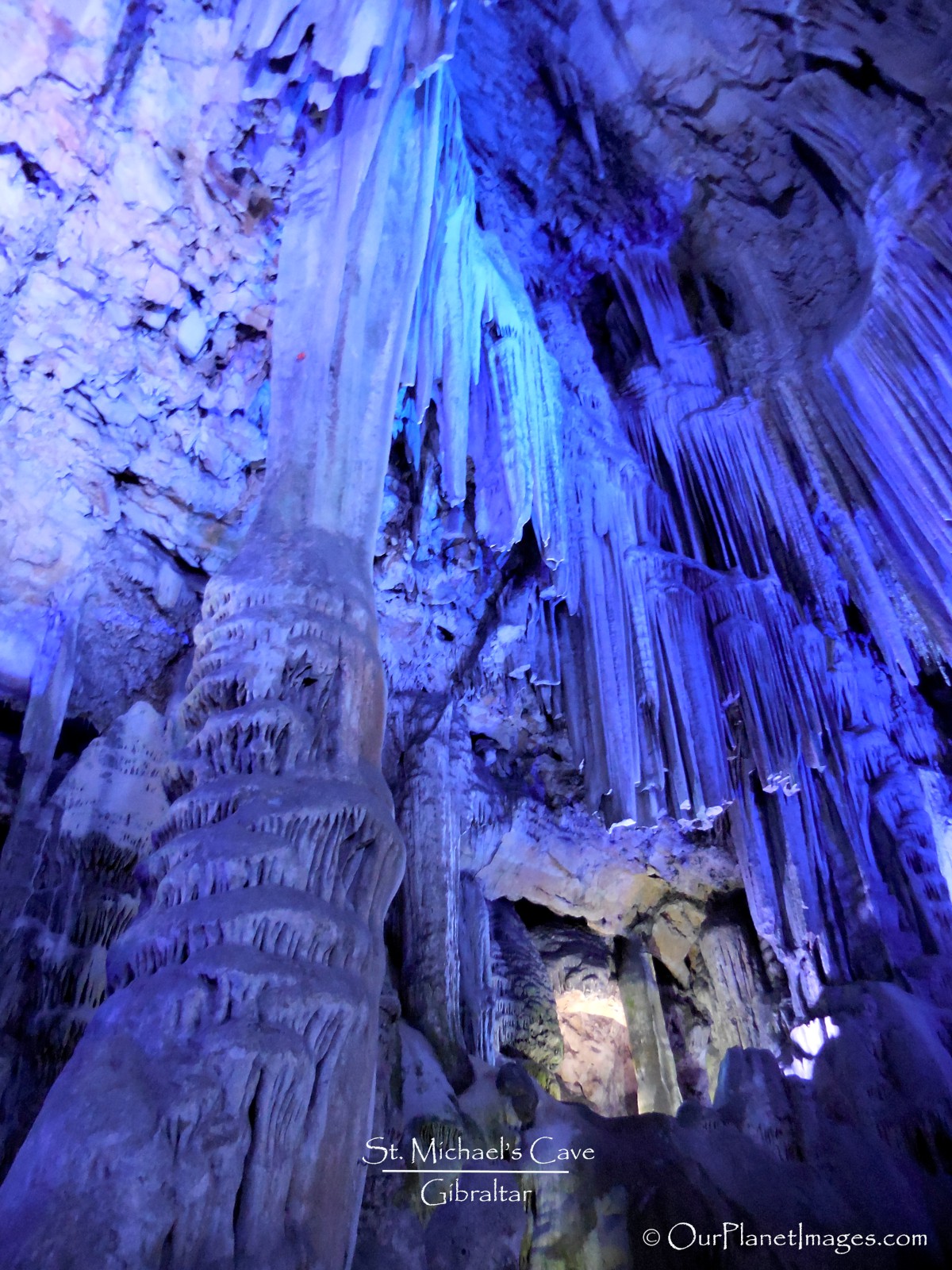 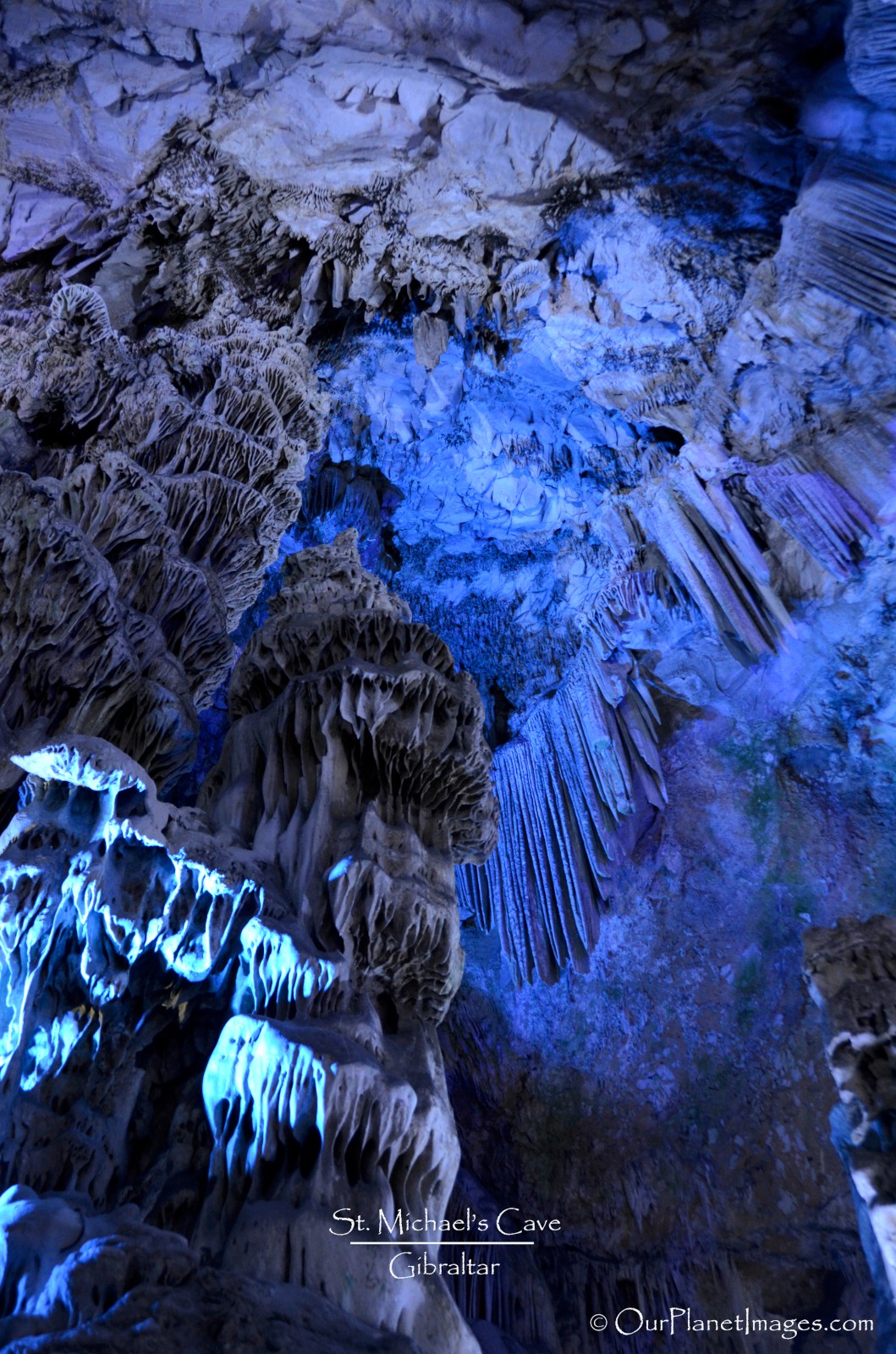 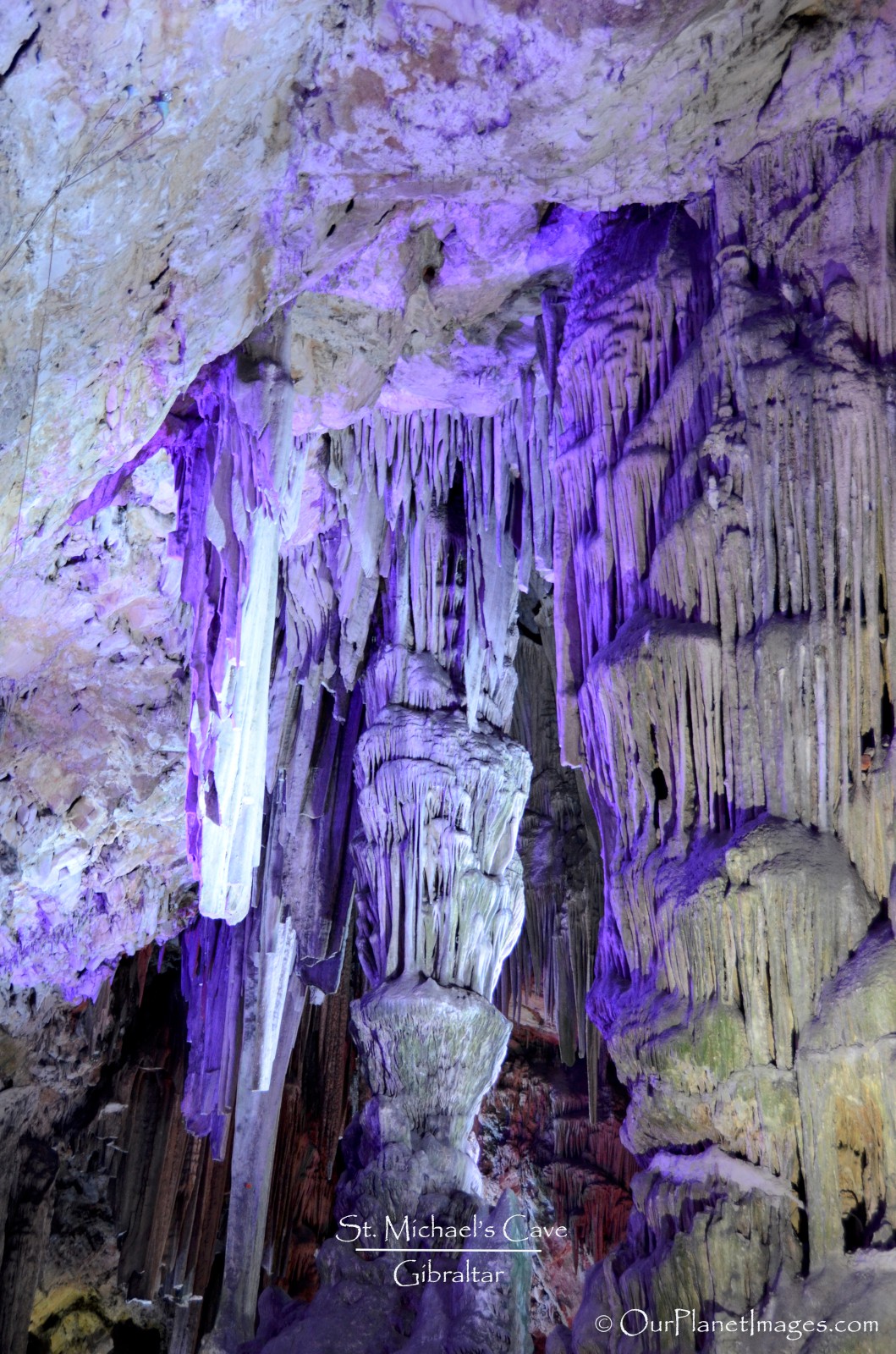 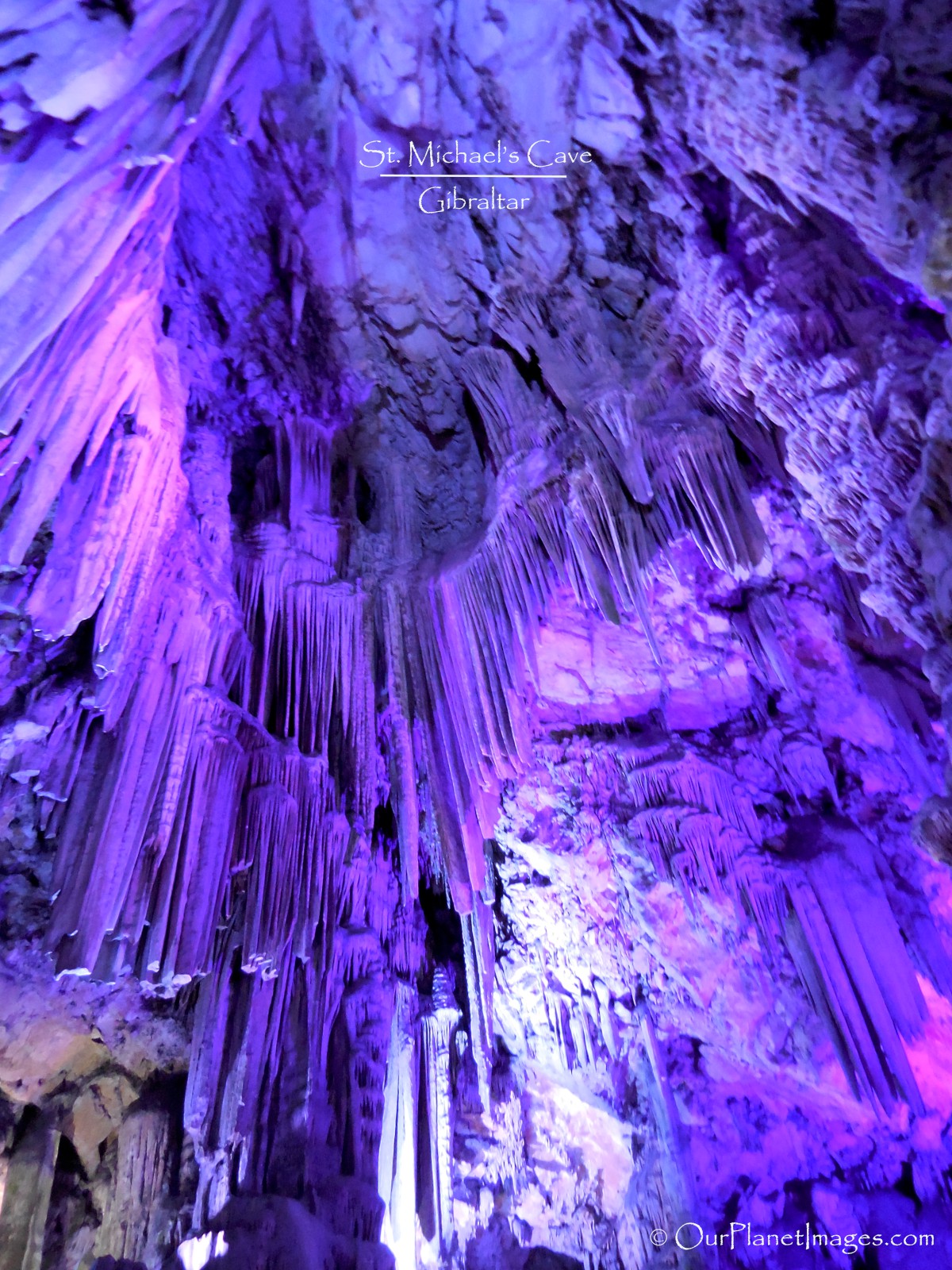 One of the other effects that I really enjoyed was that there were places where the lighting changed colors. Seeing different colors on the same formations made the formations look different when the colors changed. 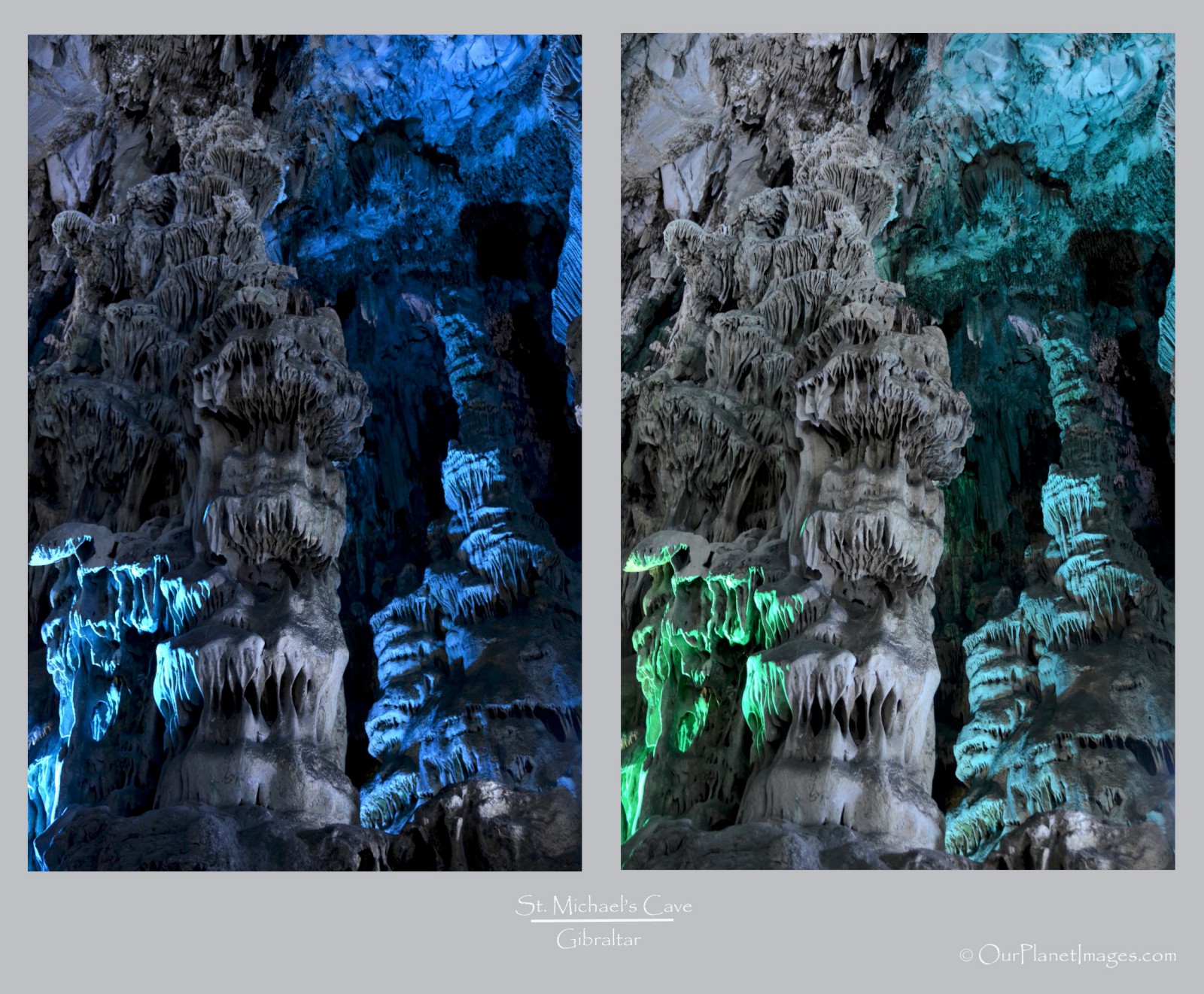 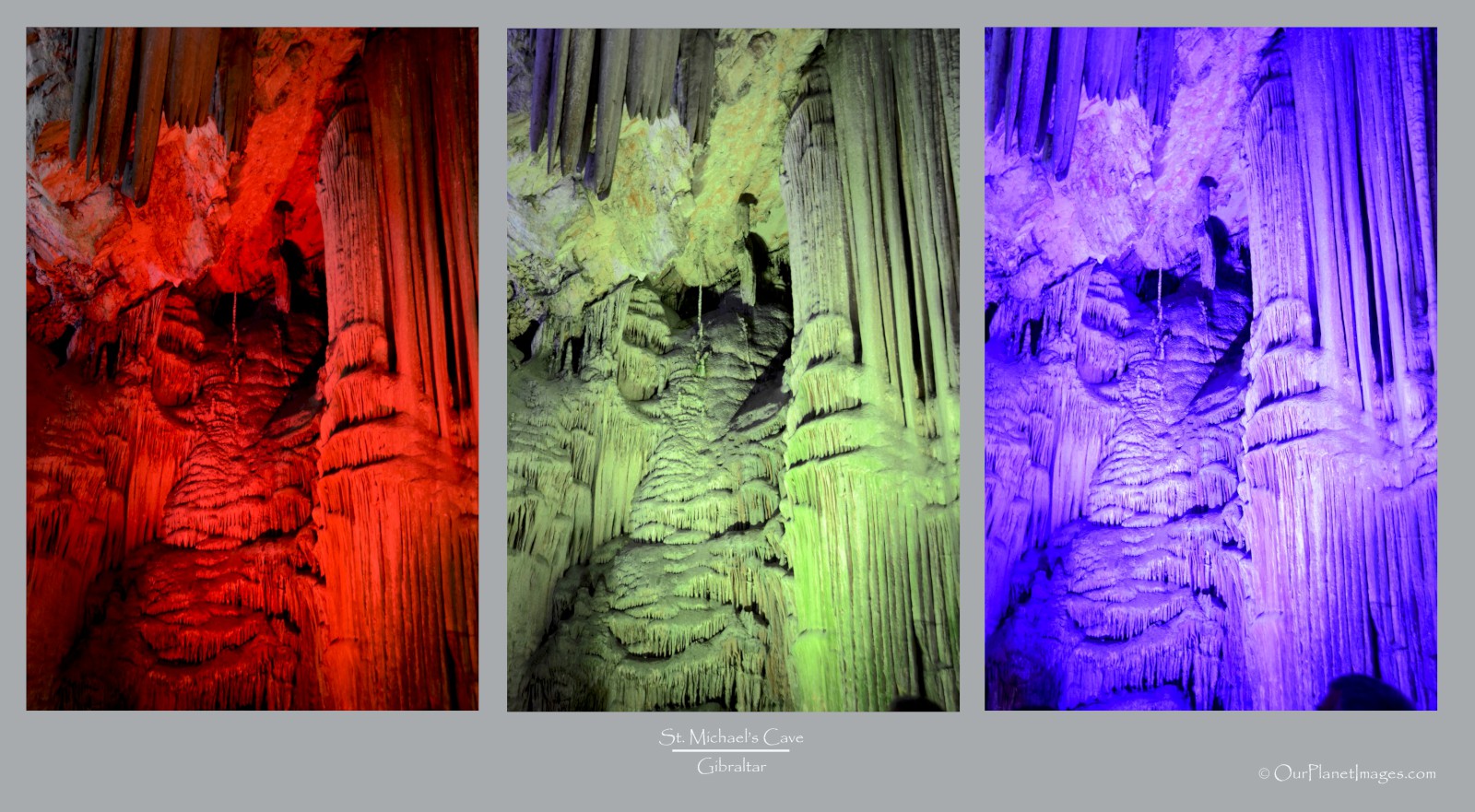 While St. Michael’s Cave isn’t the most impressive cave that I have experience, it is a nice cave with a lot of nice formations to see. Additionally, I liked the use of both white and colored lighting to make the formations more interesting.