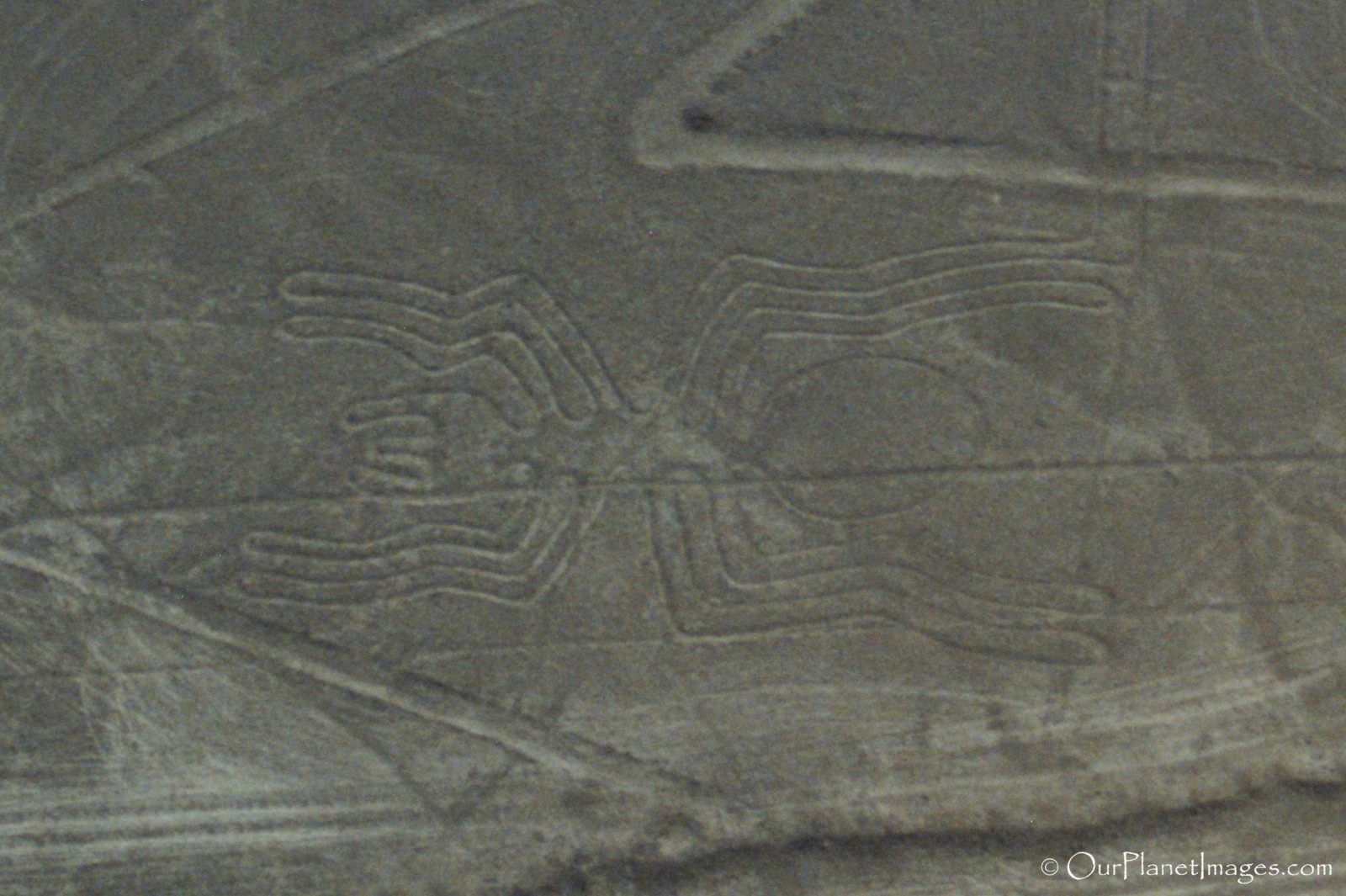 The Nazca Lines are a collection of about 300 designs in the shapes of living creatures, plants and geometric figures that are scratched on the surface of Peru’s arid coastal plan.  They are located about 400 kilometers south of Lima between the towns of Nazca and Palpa.

The Geoglyphs are created between 300 B. C. and 700 A. D. and are spread across an area of nearly 1000 square kilometers. There are various theories for why these lines were created. Some people think they have a religious meaning, others think they were for an astronomical calendar and others think there was extraterrestrial involvement but no one knows the true reason why they were created.

The shapes of the lines are so large that they are not recognizable when on the ground but from the air they are easily seen. While there are many formations, most airplane tours only fly over a few formations. The photo below is of the route that the airplane that I took to see these mysterious lines. 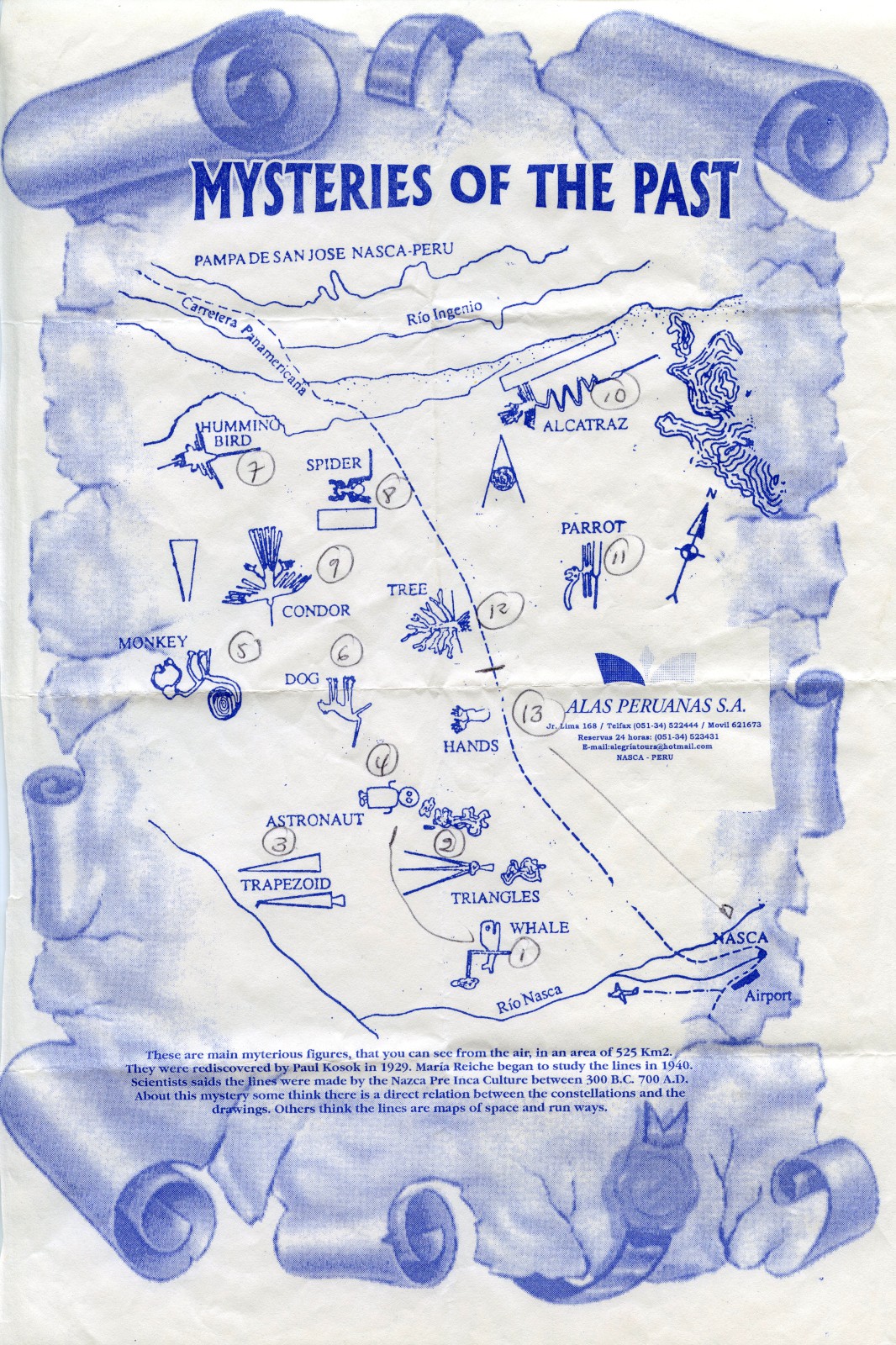 The photos below are of the shapes that I flew over on my trip to see the Nazca Lines. 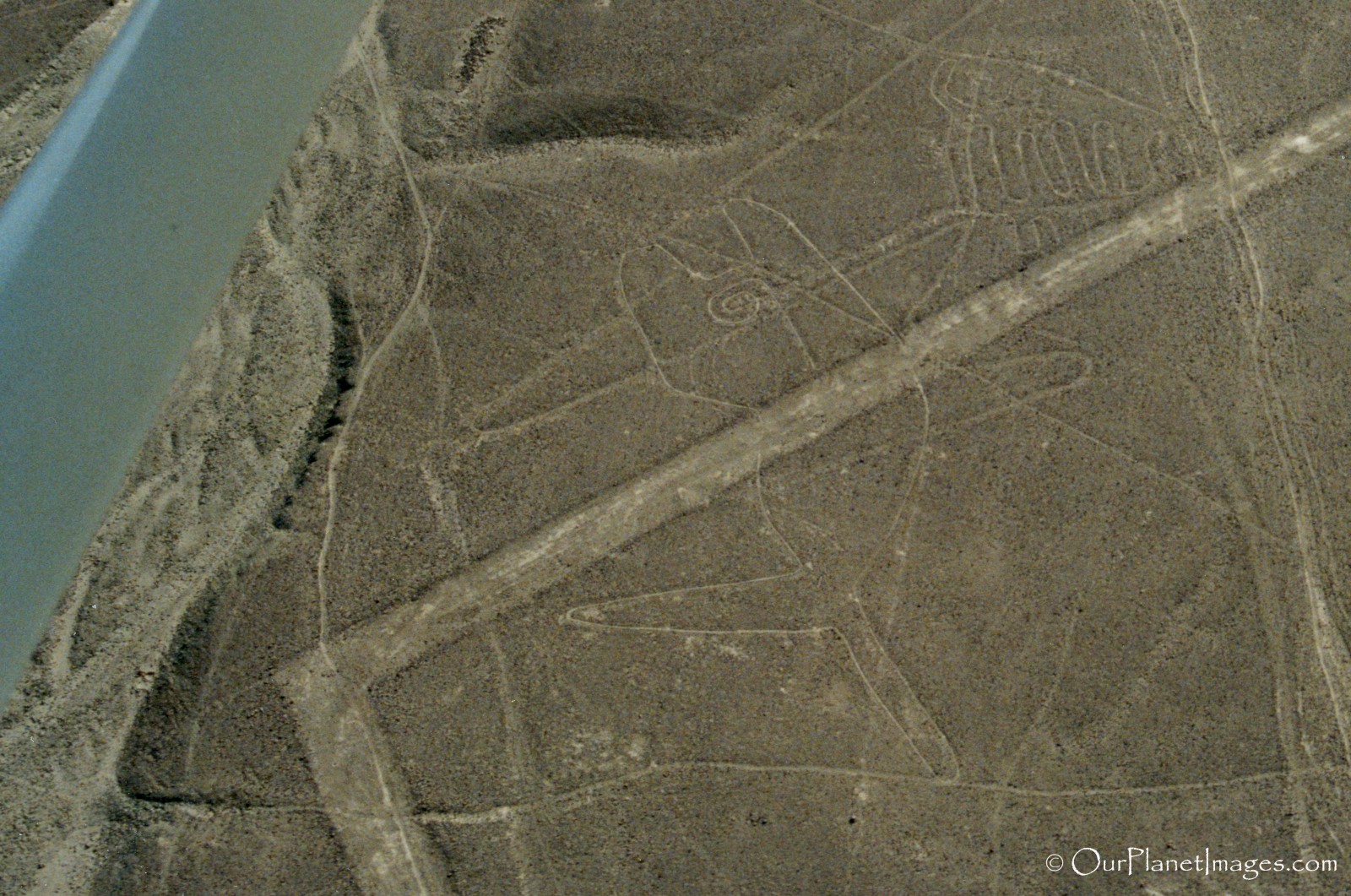 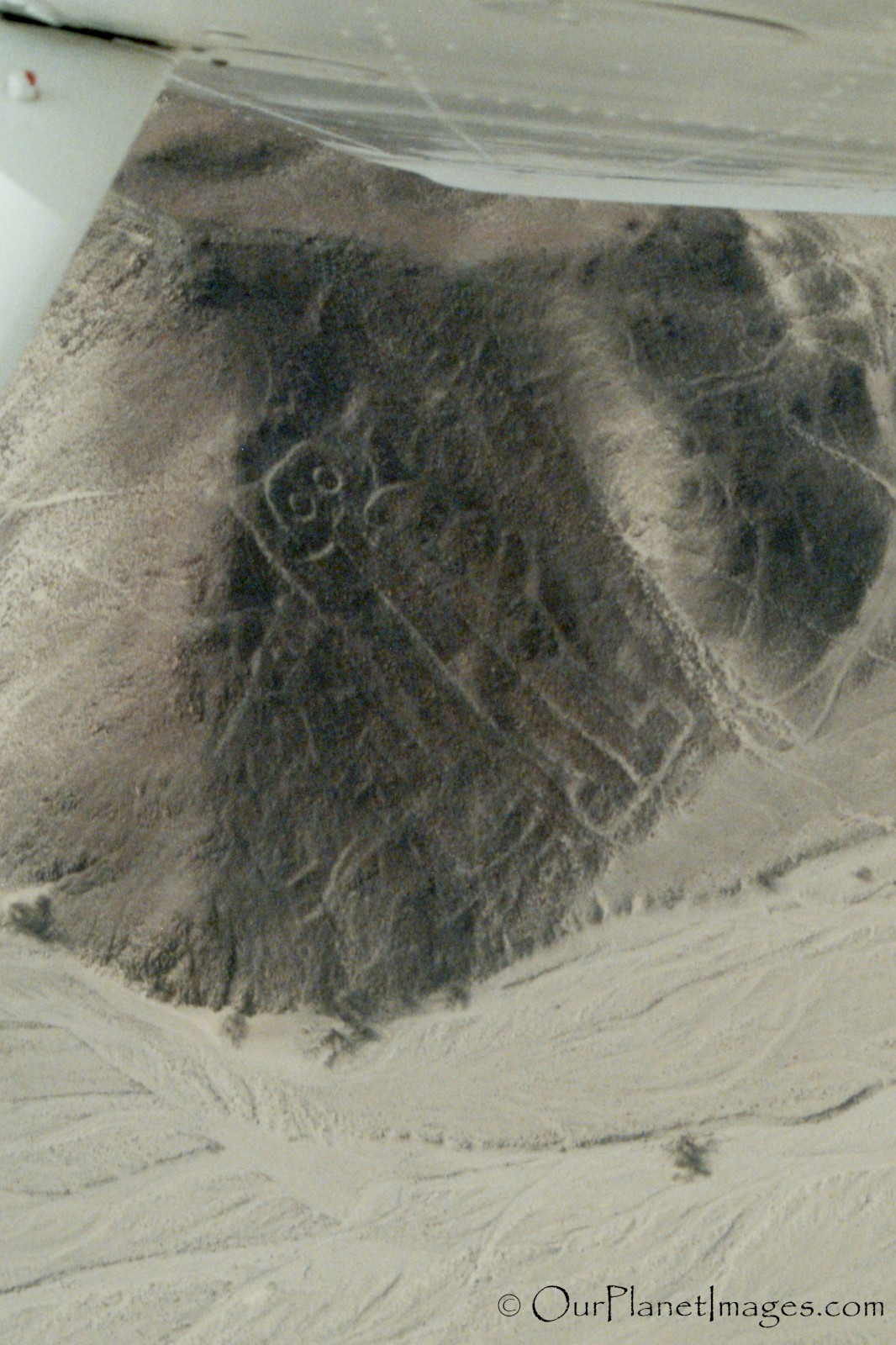 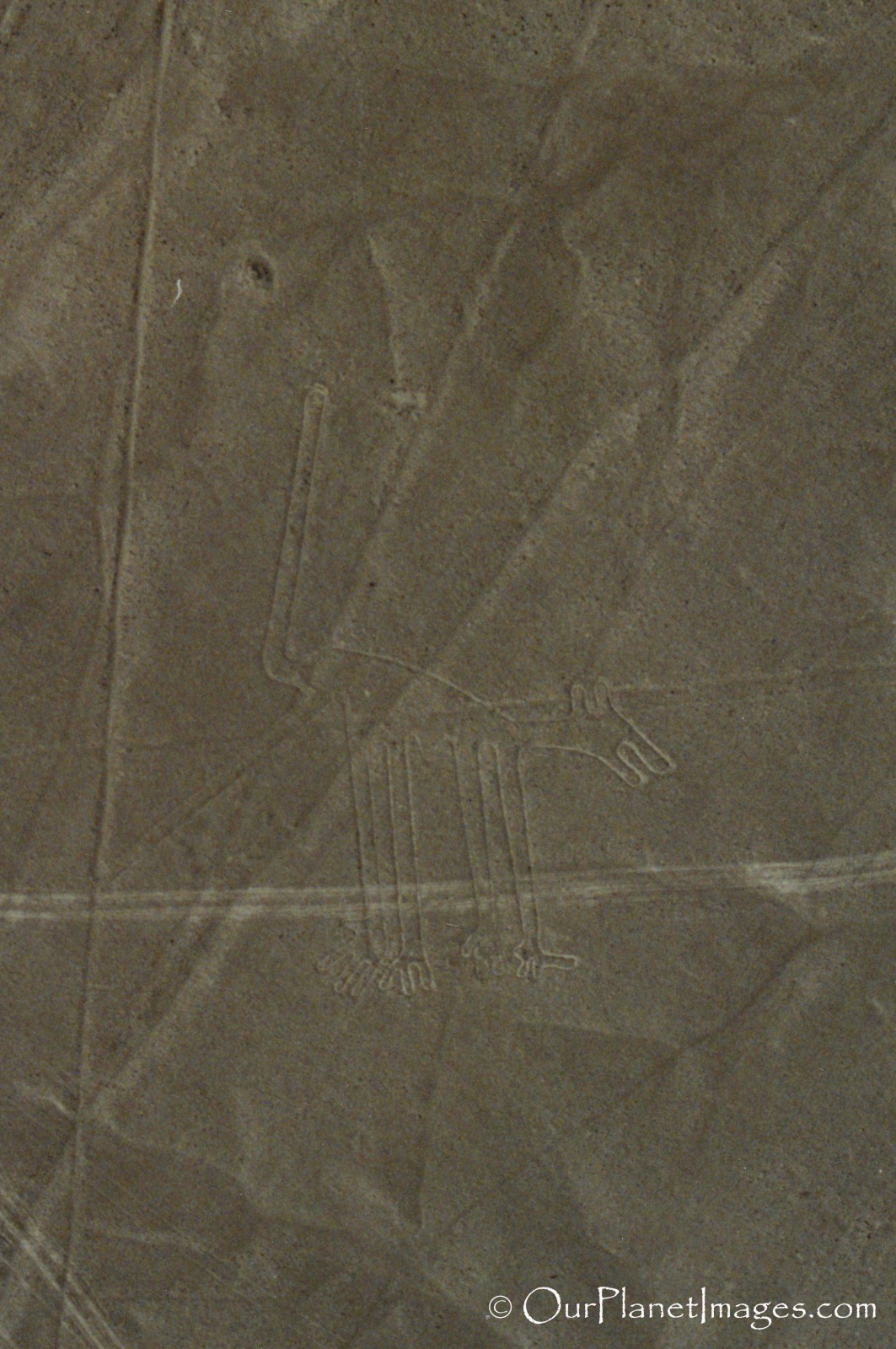 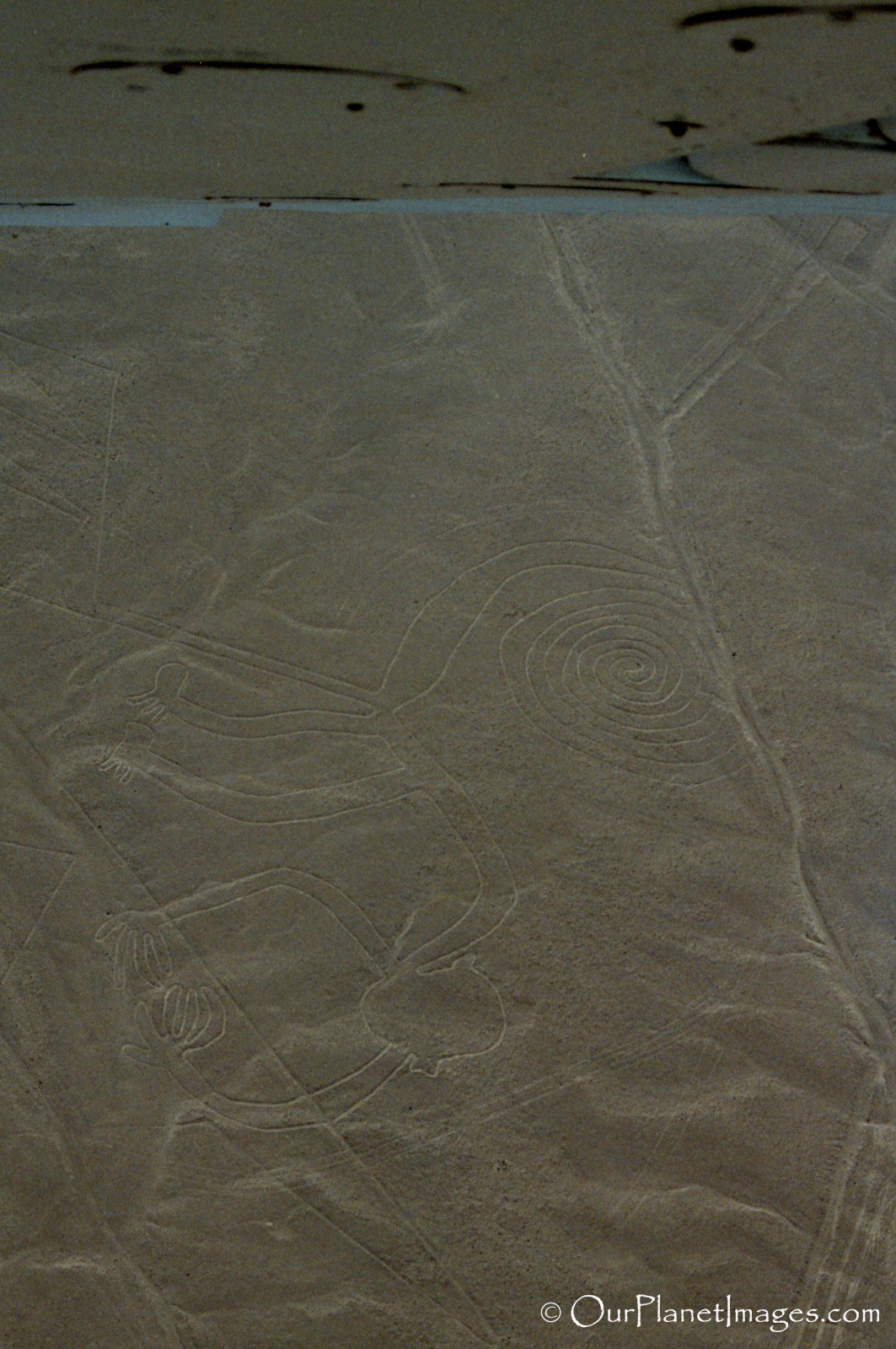 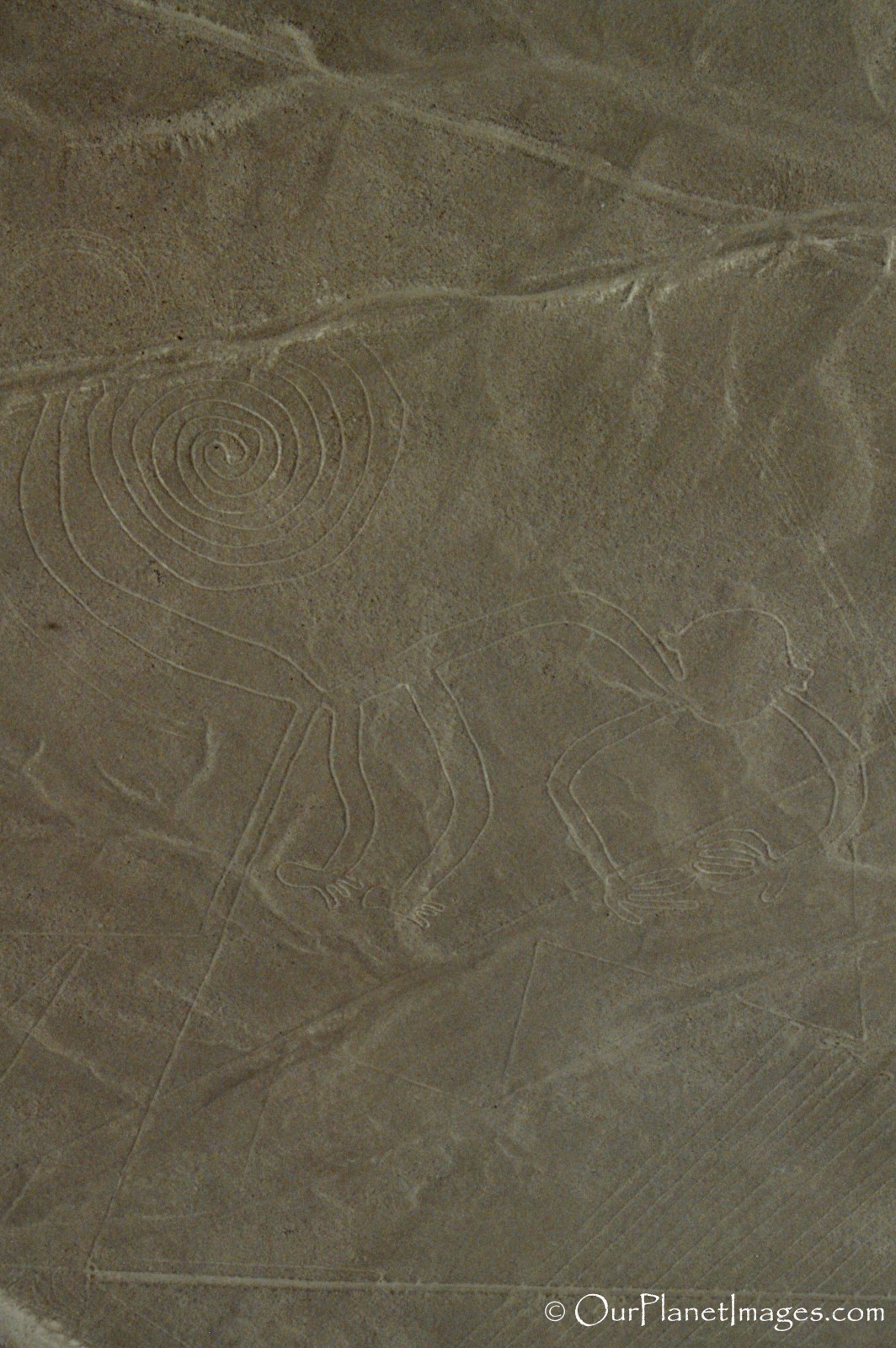 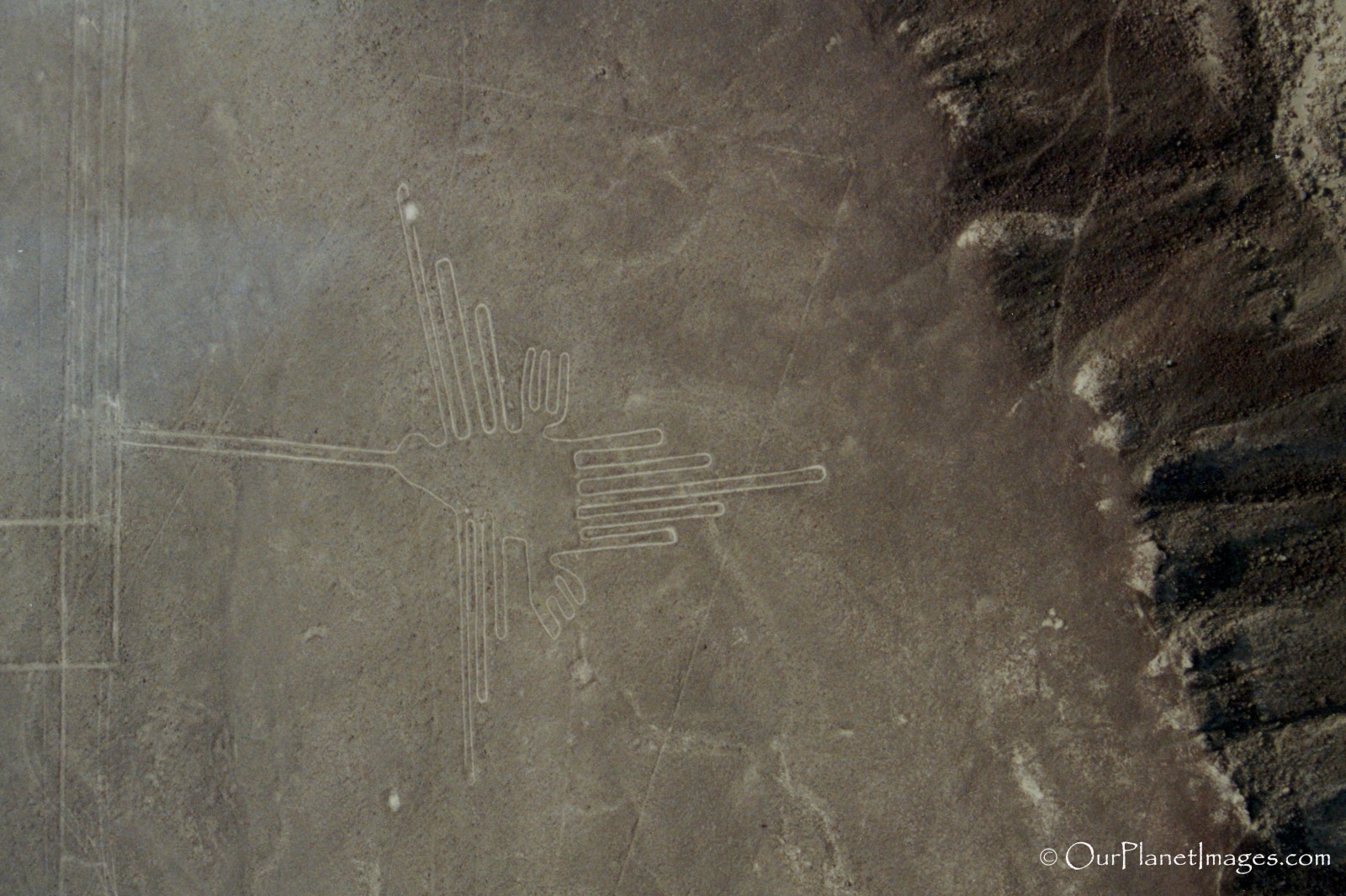 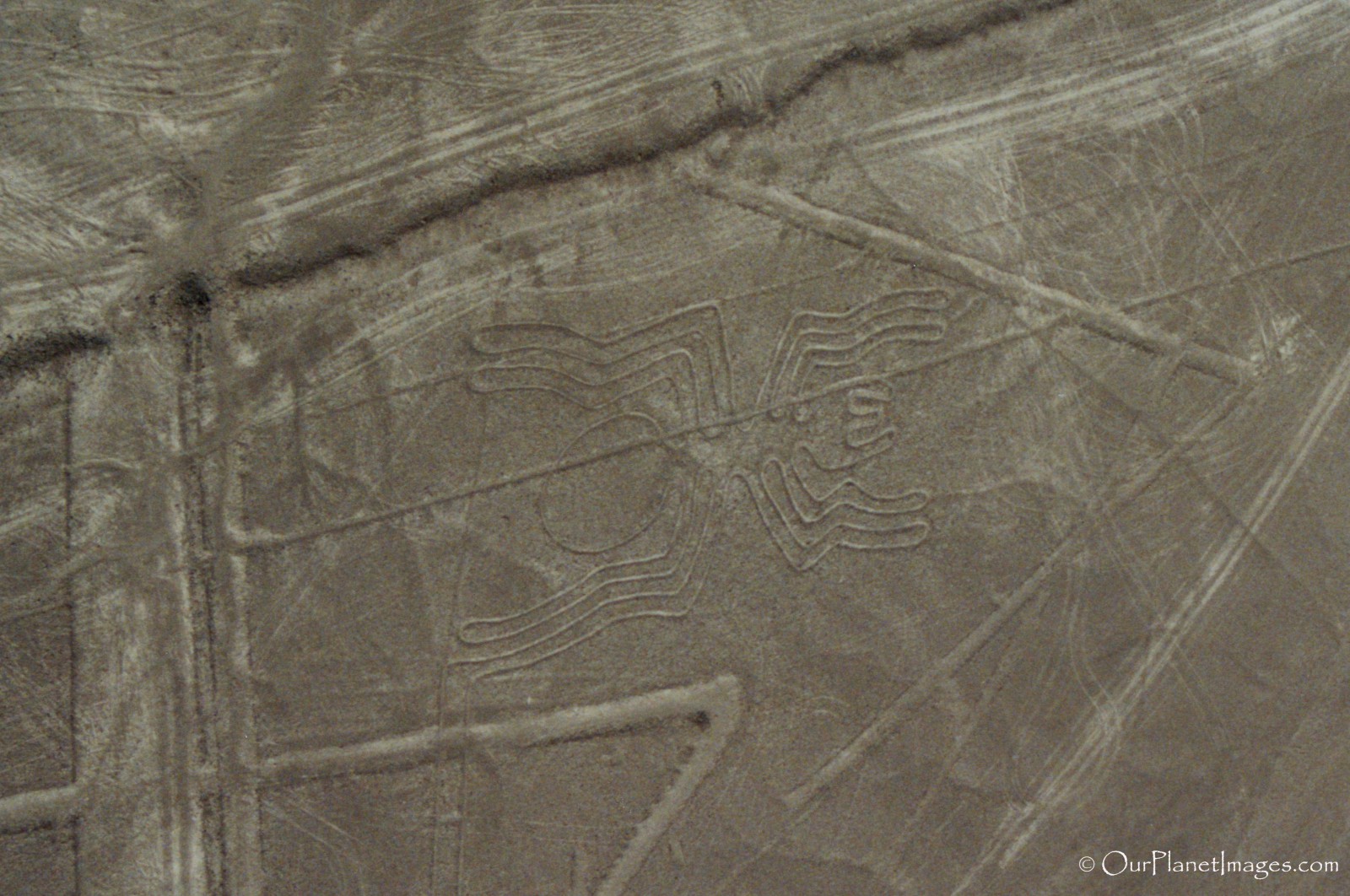 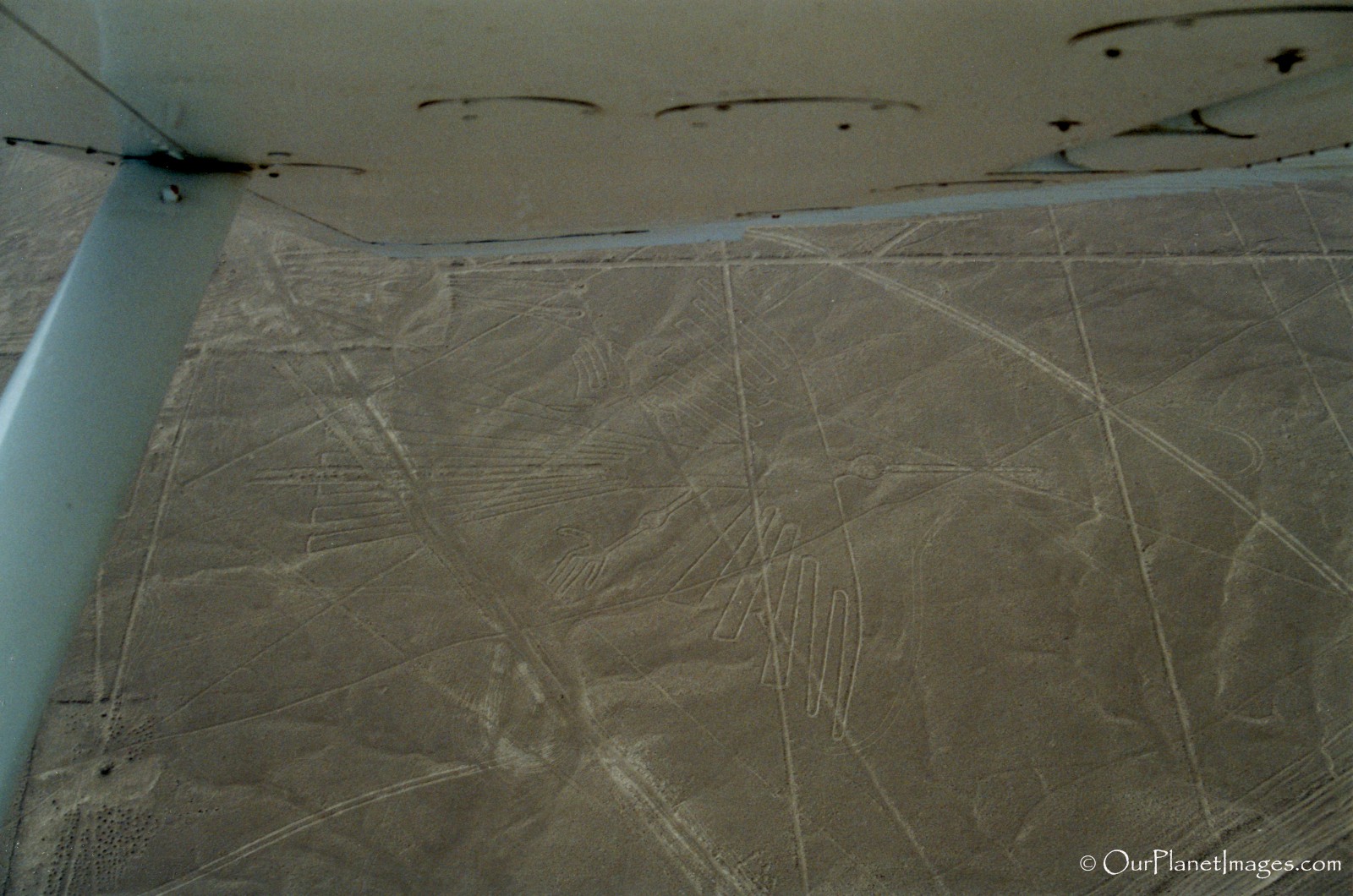 The Alcatraz and Parrot 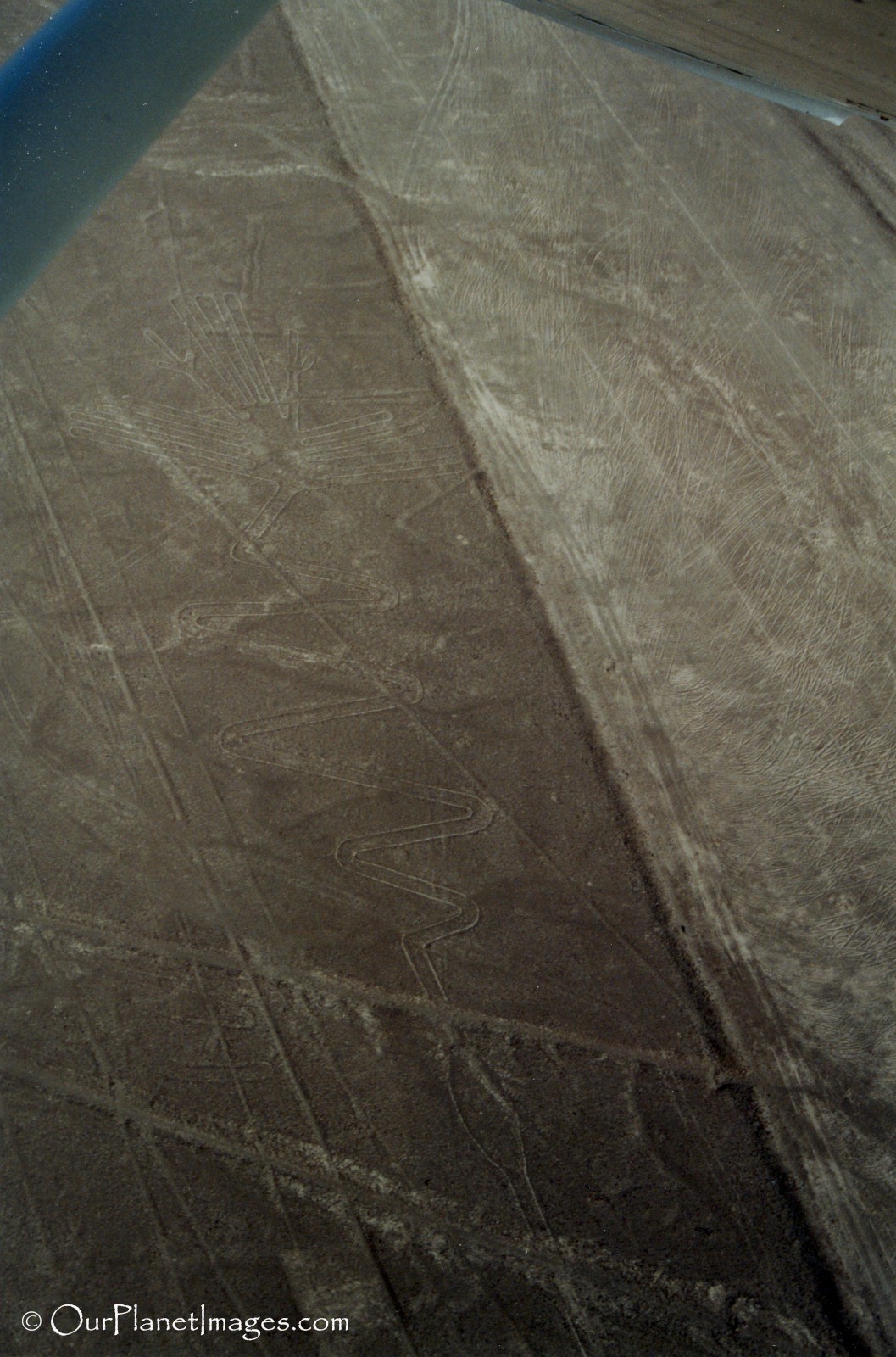 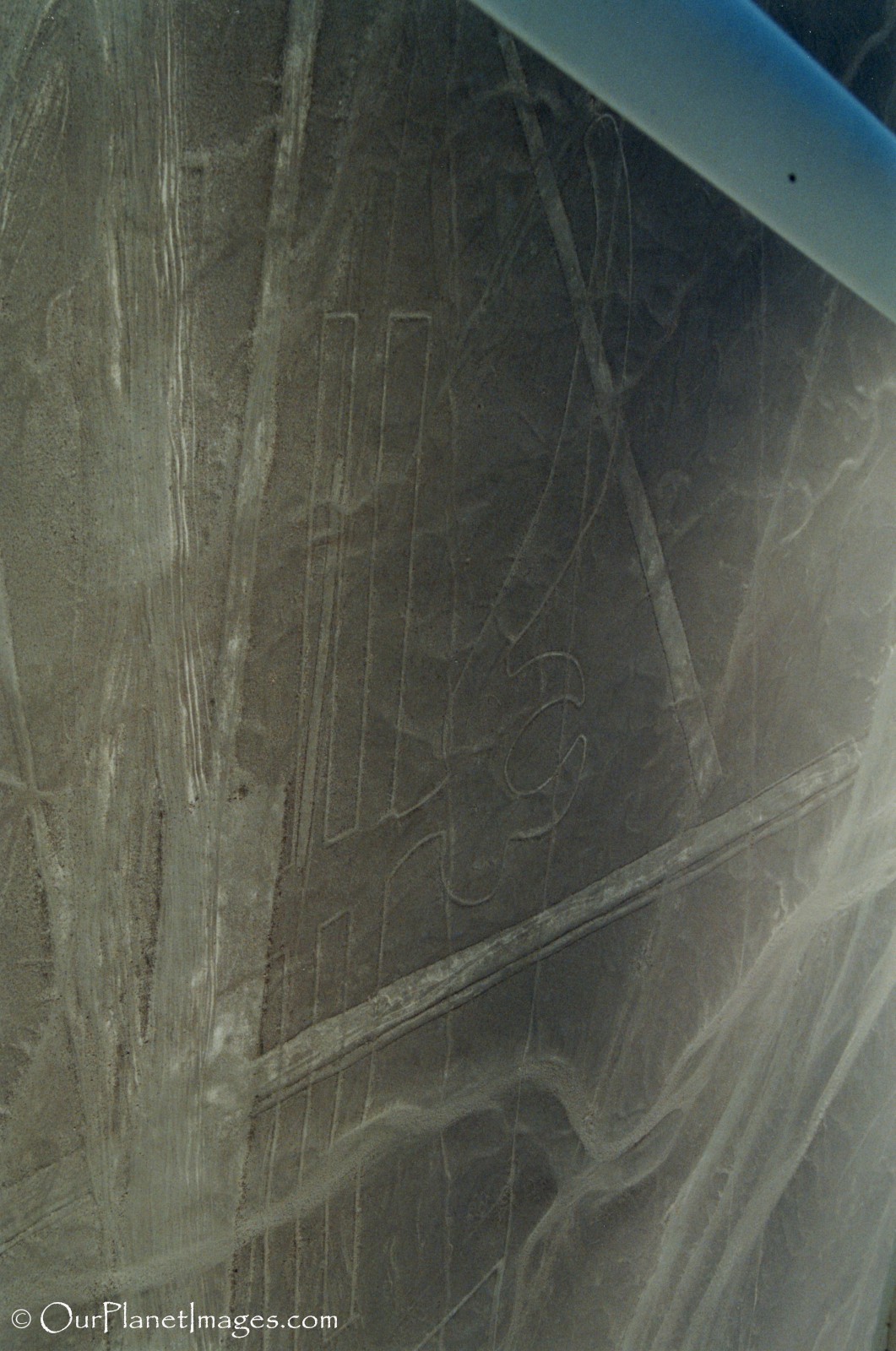 The Tree and Hands 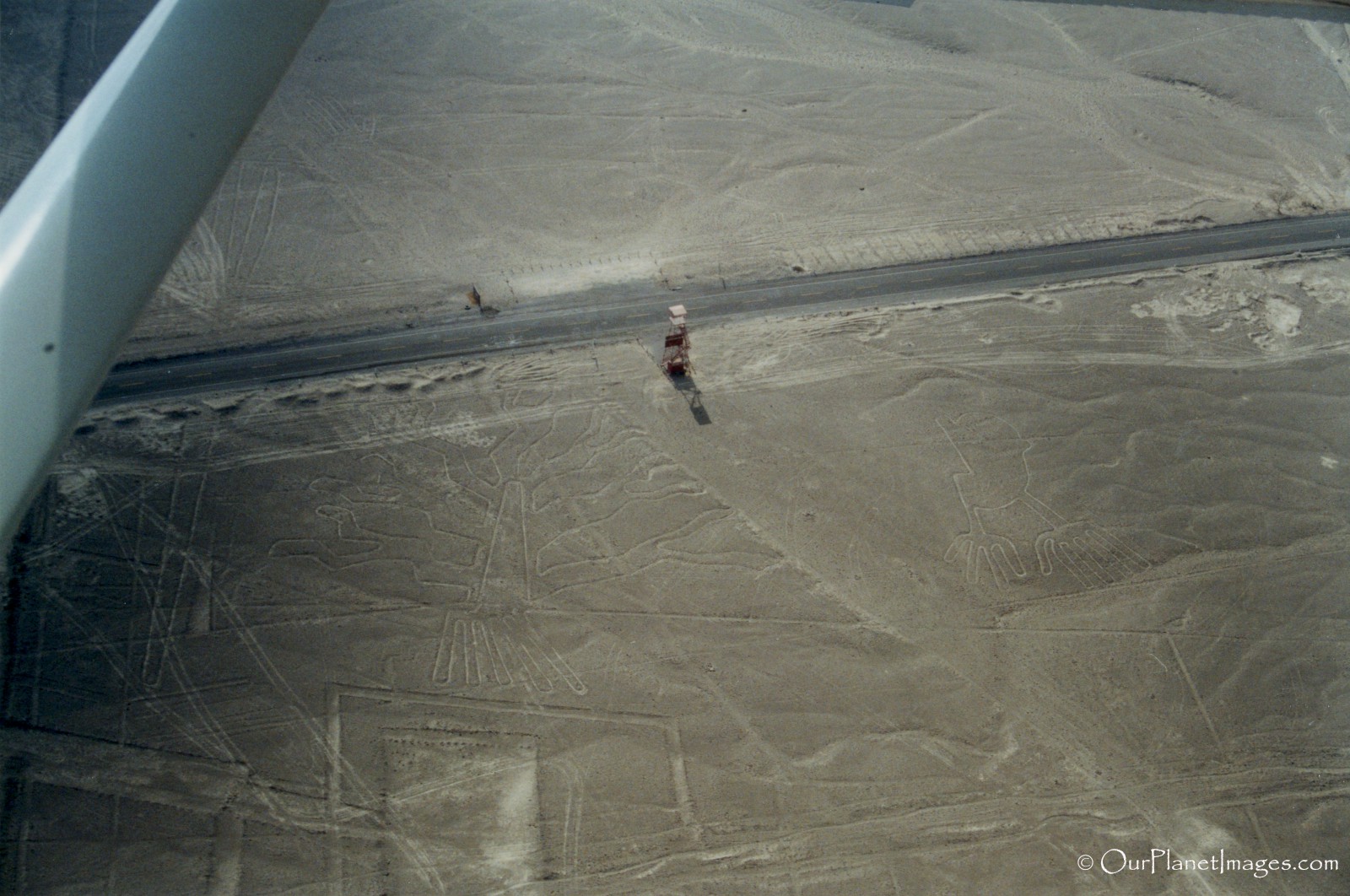 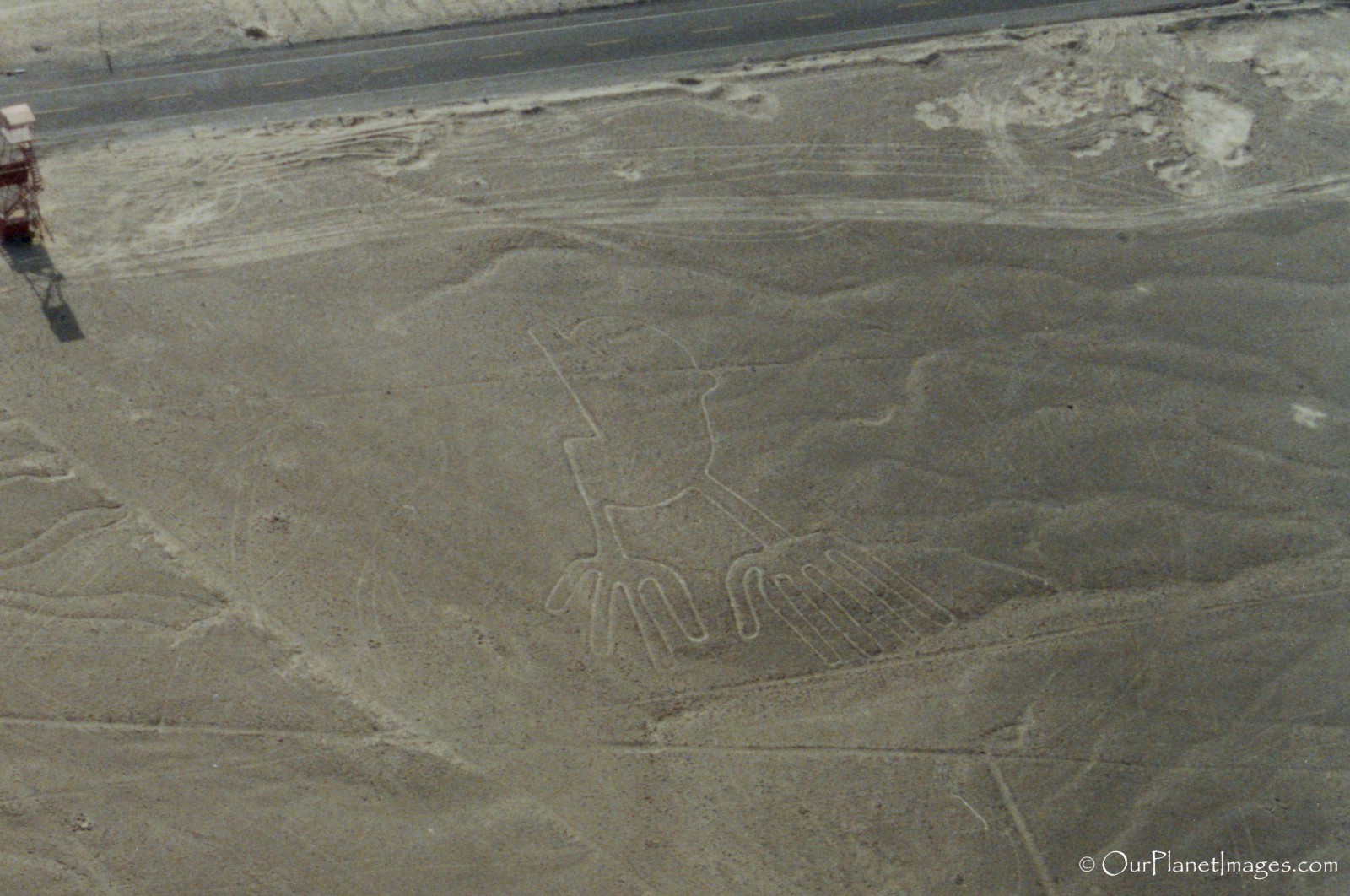 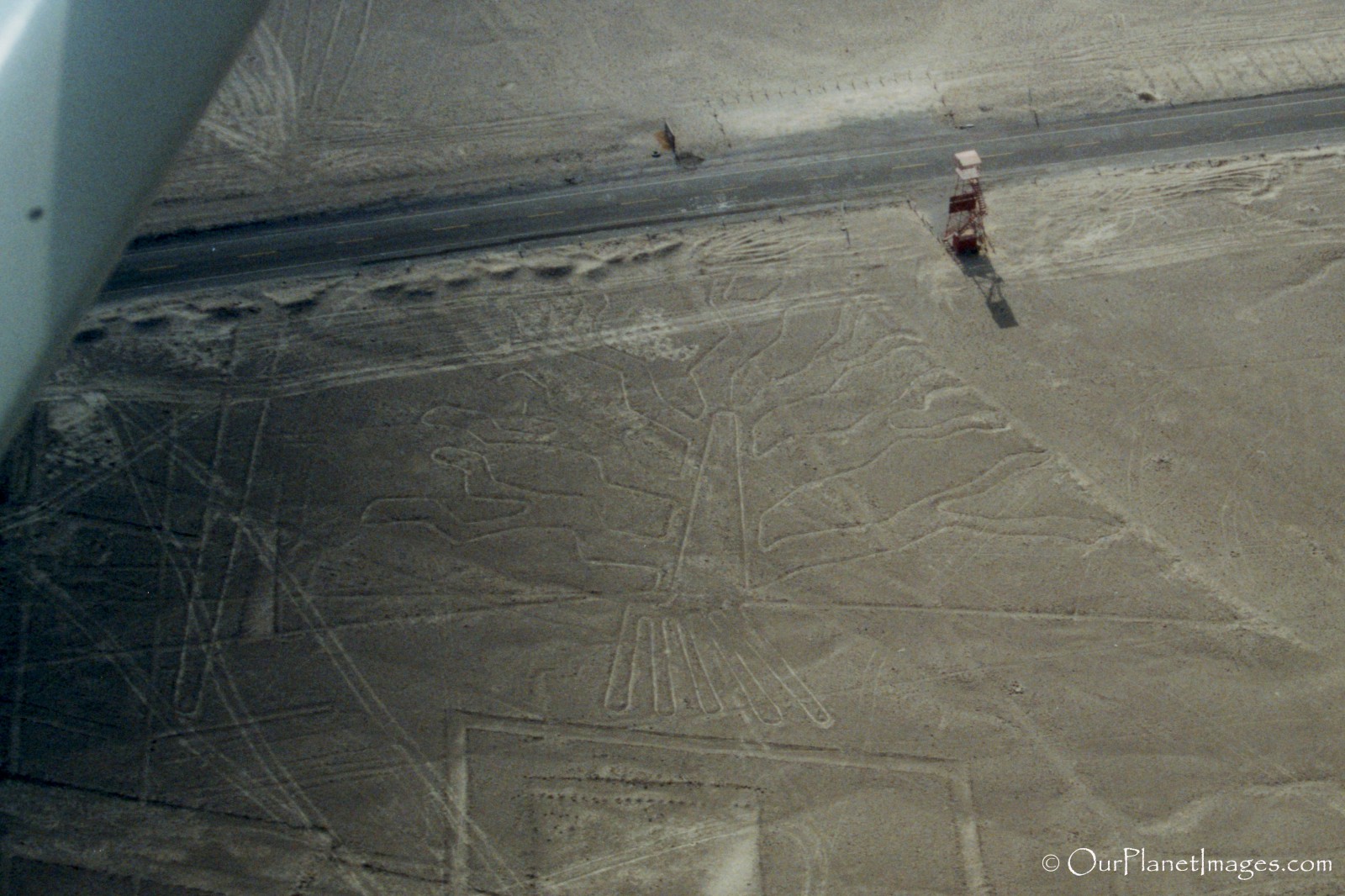 The lines are important to the town of Nazca and there is a small park with some of the shapes displayed on pedestals. There is also a statue of Maria Reiche who studied the lines for many years. 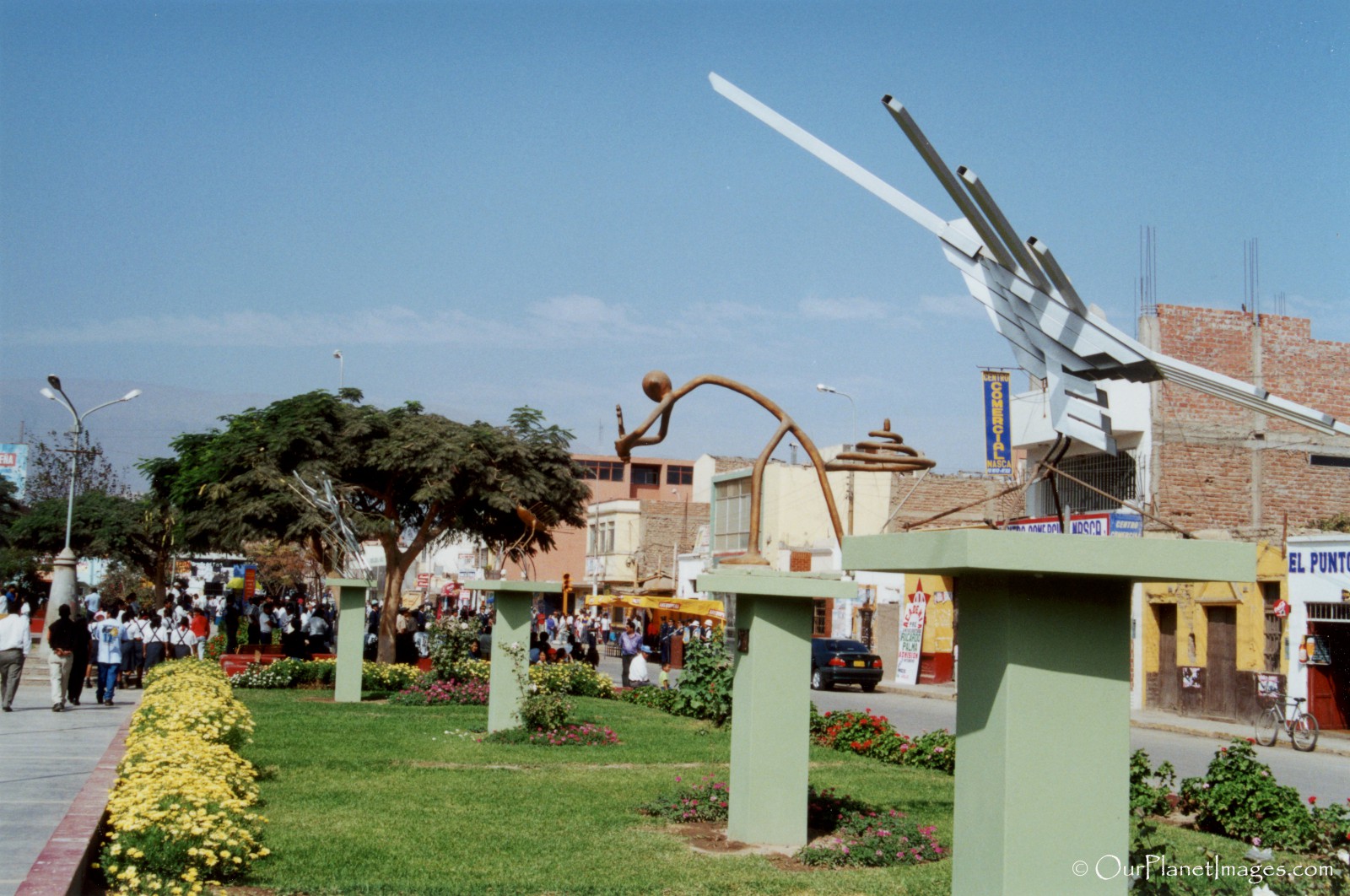 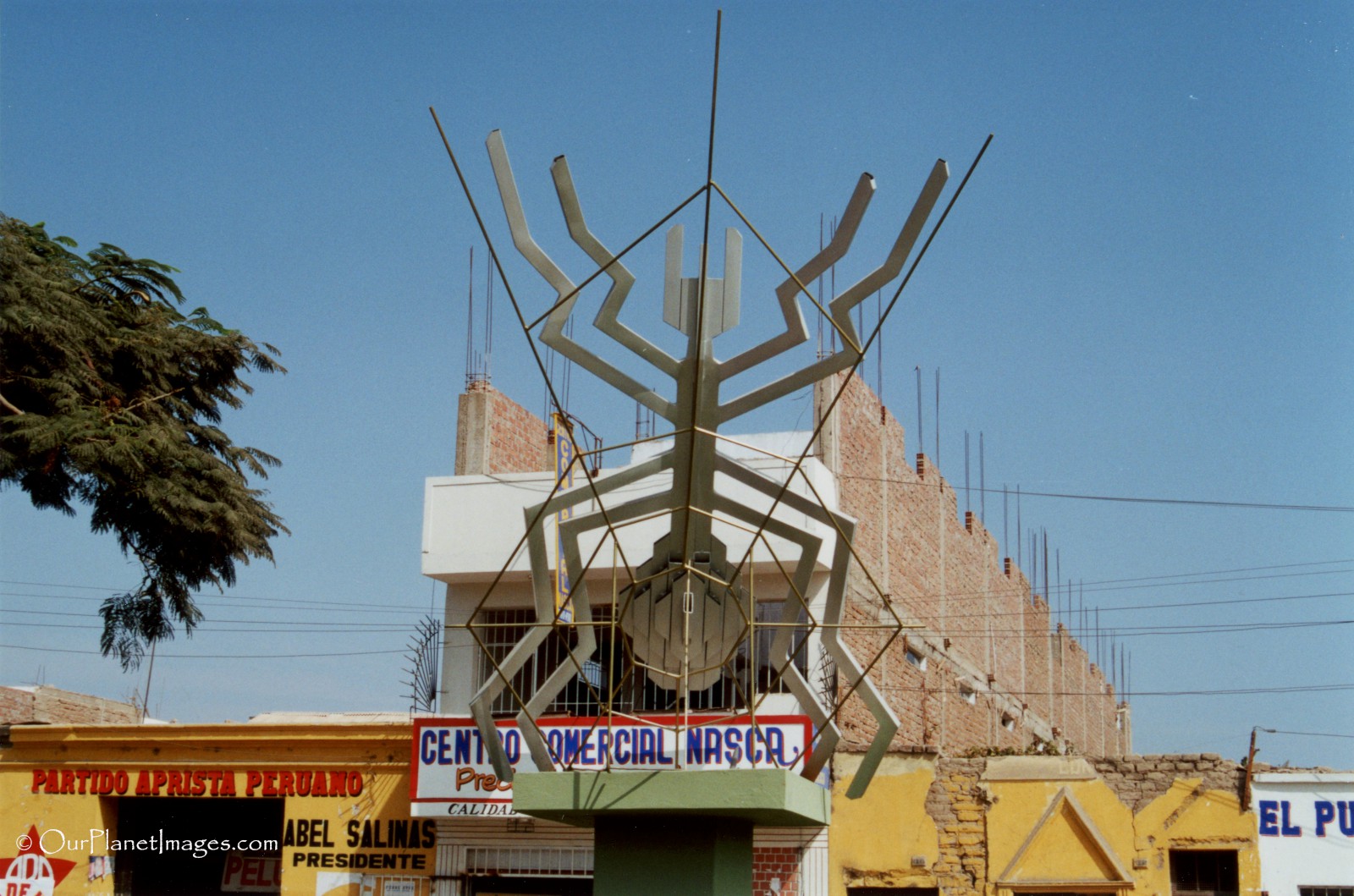 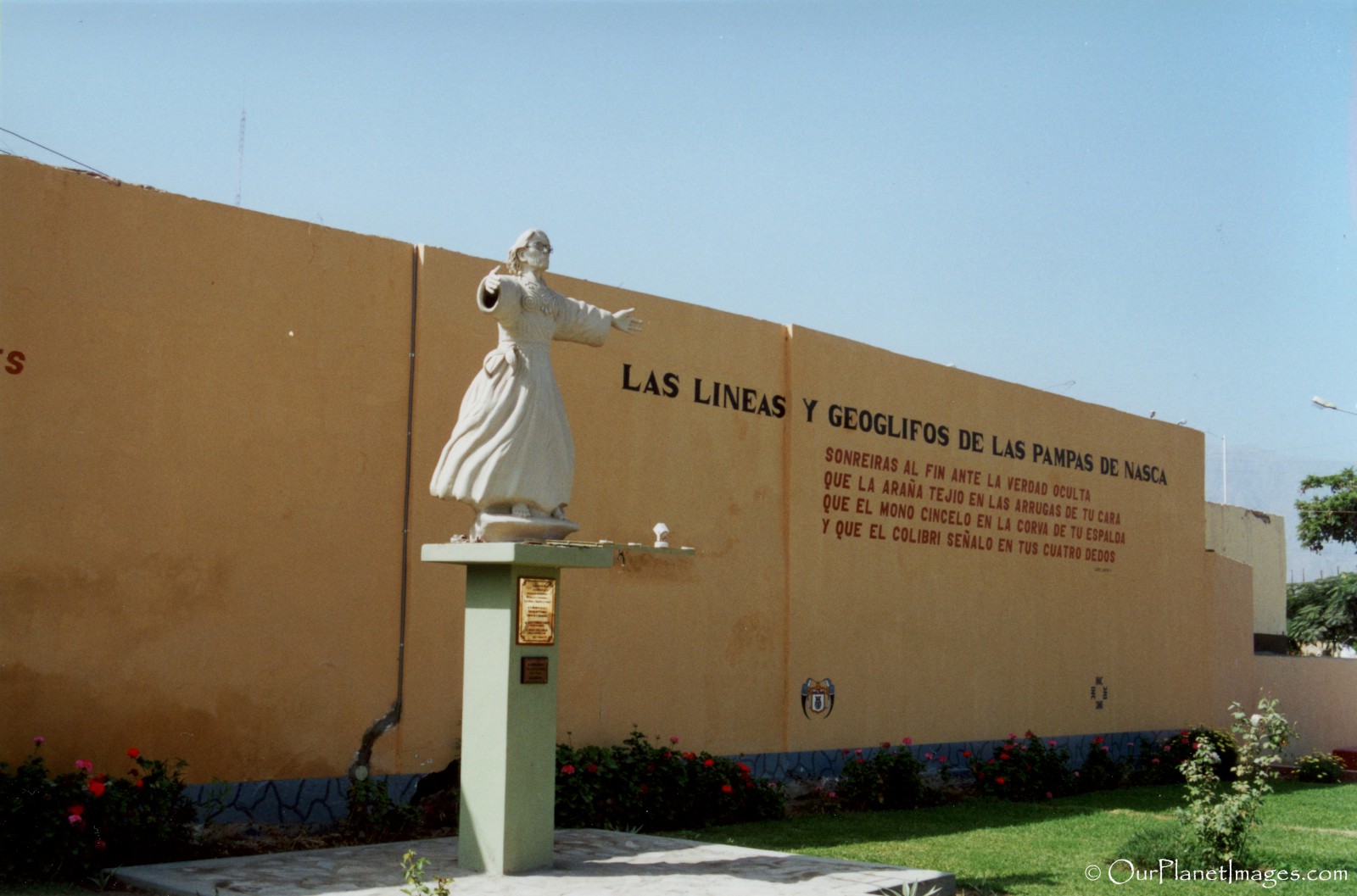 I knew about the Nazca Lines for many years before I was able to see them. The formation of these lines has always been mystery. It always amazed me how these lines to stay intact for so many years but after driving from Lima to Nazca it is a little more understandable. This is one of the driest places on earth and that helps them to stay without disturbance.

The Nazca Lines formations are not the most artistic designs and there is no real definitive purpose for why they were built but they are huge and they are distributed over a large area in the middle of a wasteland. I am glad that I was able to see the Nazca Lines and I don’t know much more about them after seeing them but I do have a much better appreciation of the accomplishment of creating them in such a hostile environment. 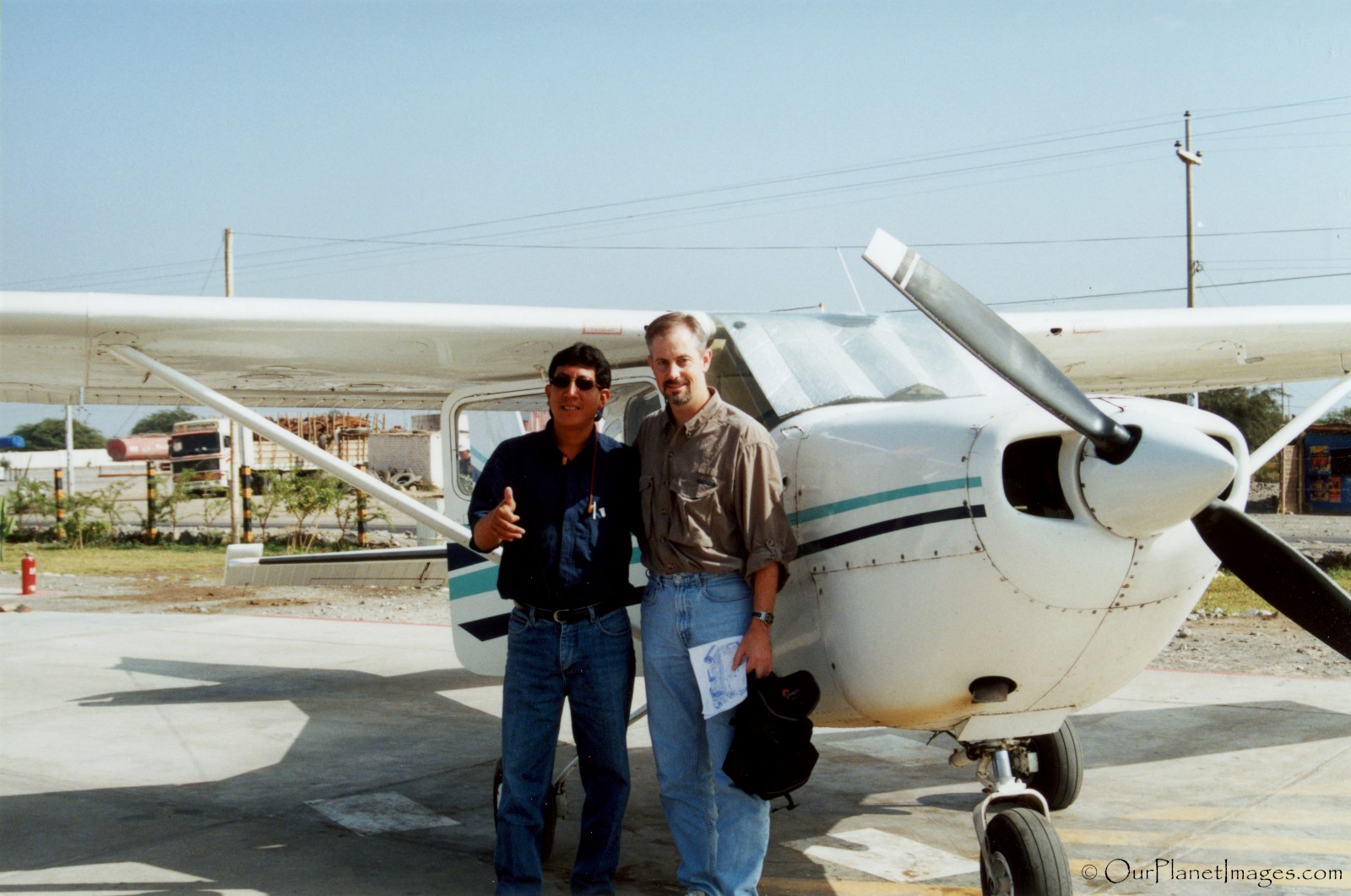 Many time we think that we need to know the answers for everything but it is okay to appreciate something for its accomplishment even if we don’t understand its purpose. 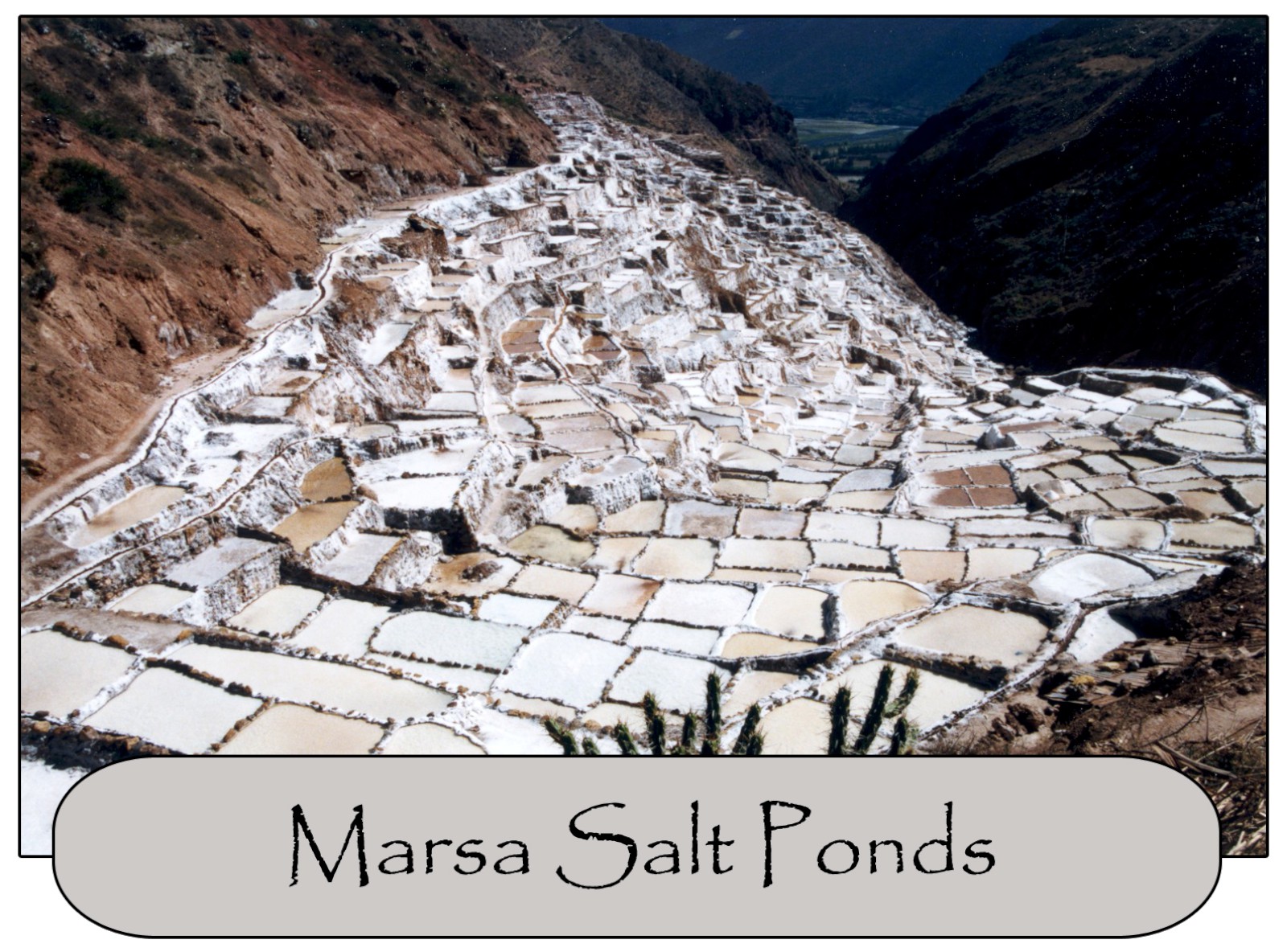