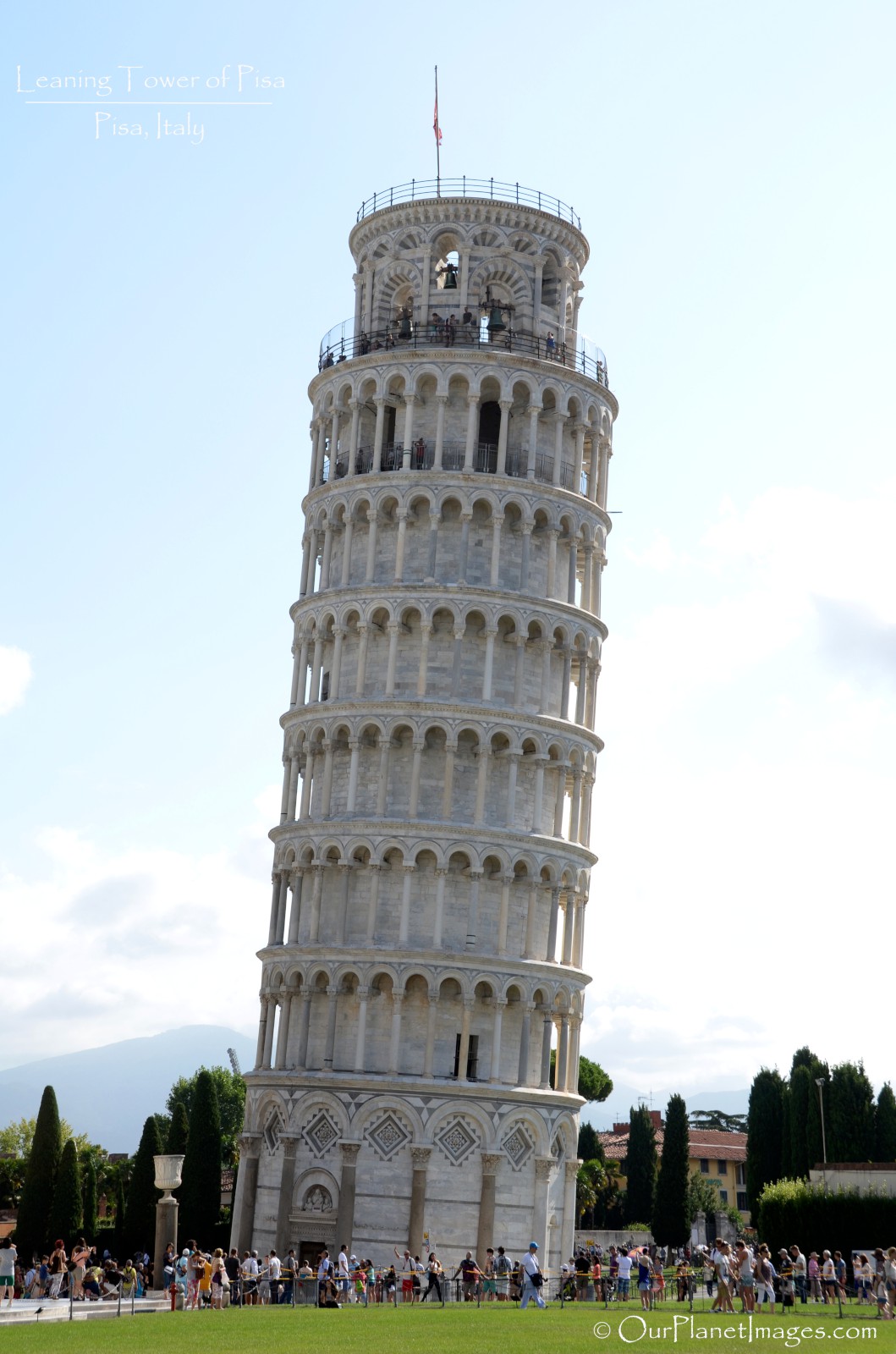 The Leaning Tower of Pisa is in Italy’s Tuscany region in the city of Pisa. The tower is part of a complex known as the Square of Miracles that includes the Cathedral of Pisa, the Baptistery, a cemetery and the Bell Tower (leaning tower of Pisa). 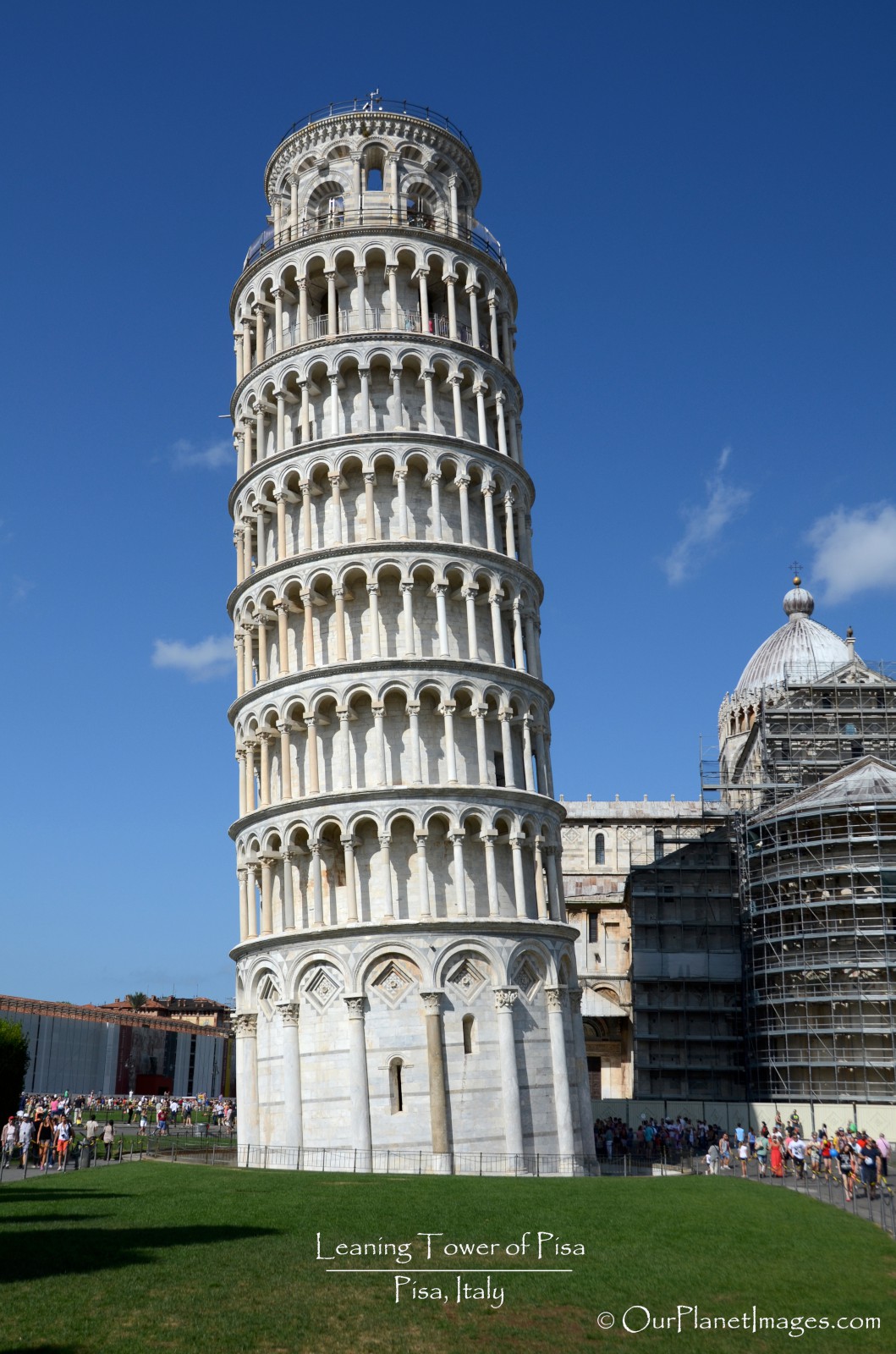 The tower is a circular design with an outside diameter at the base of 15.48 meters (50.8 ft.). The tower has eight floors including the camber for the bells that was built using 211 arches. The ground floor consists of 15 large marble arches and each of the next six floors have 30 smaller arches. The top floor is the bell chamber and it is smaller in diameter with 16 small arches. To reach the bell chamber there is a spiral staircase on the inside with 251 steps. 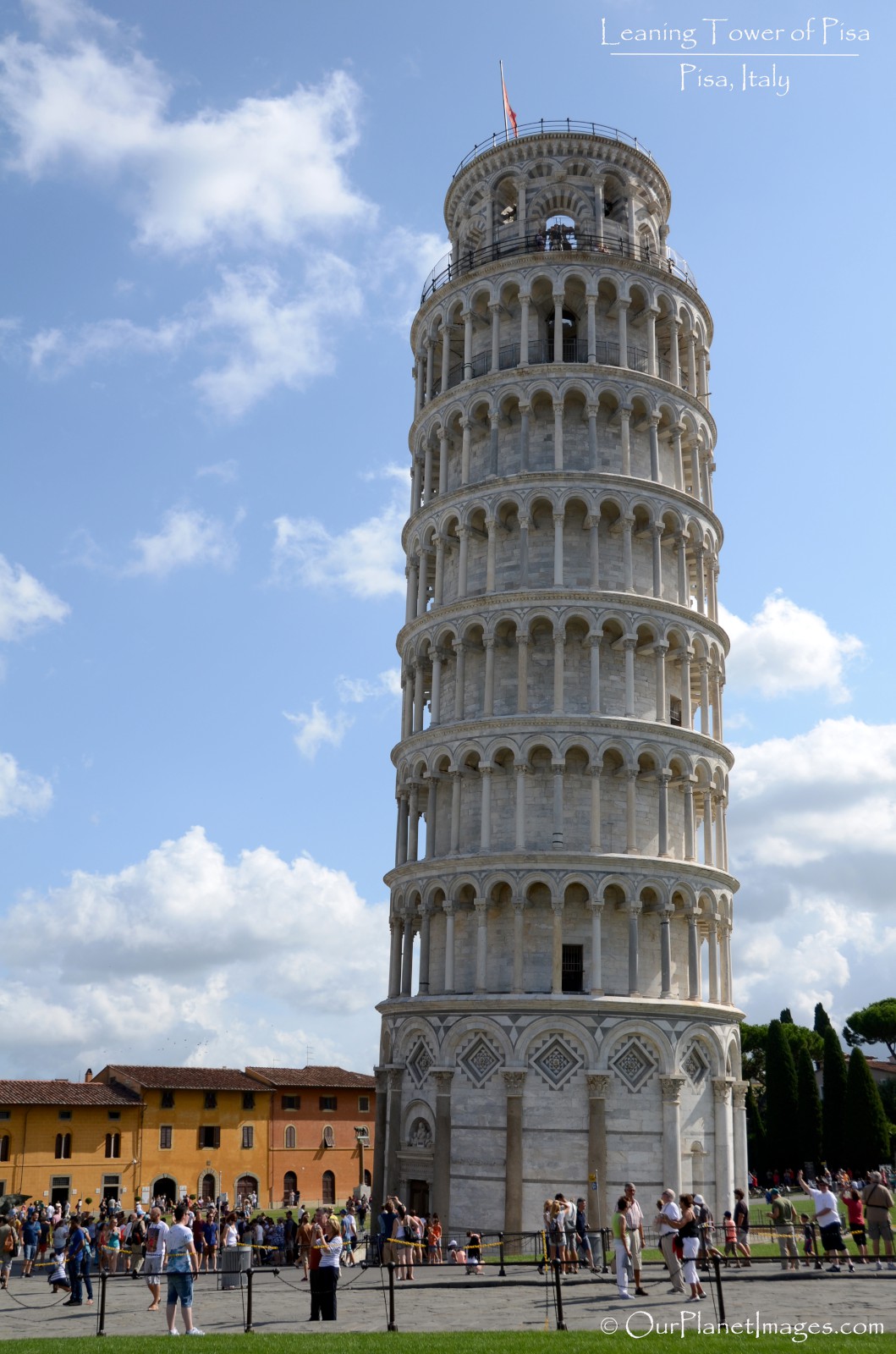 Is the tower in danger of falling?

No, the Leaning Tower of Pisa is currently stable. The tower was leaning 5.5 degrees and there was a concern that the tower could fall but in 1990 restoration work started and now the tower now only leans 4 degrees. 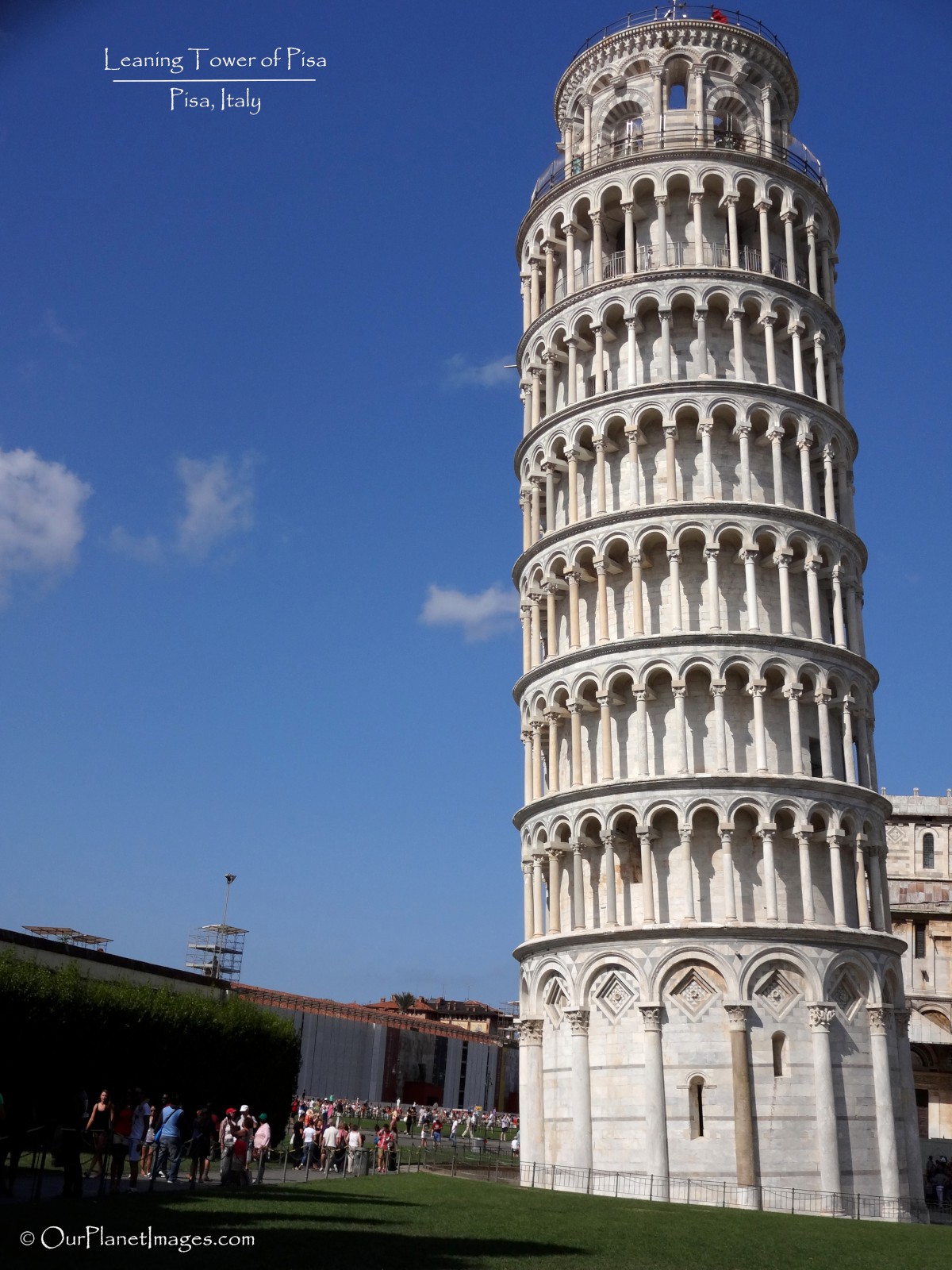 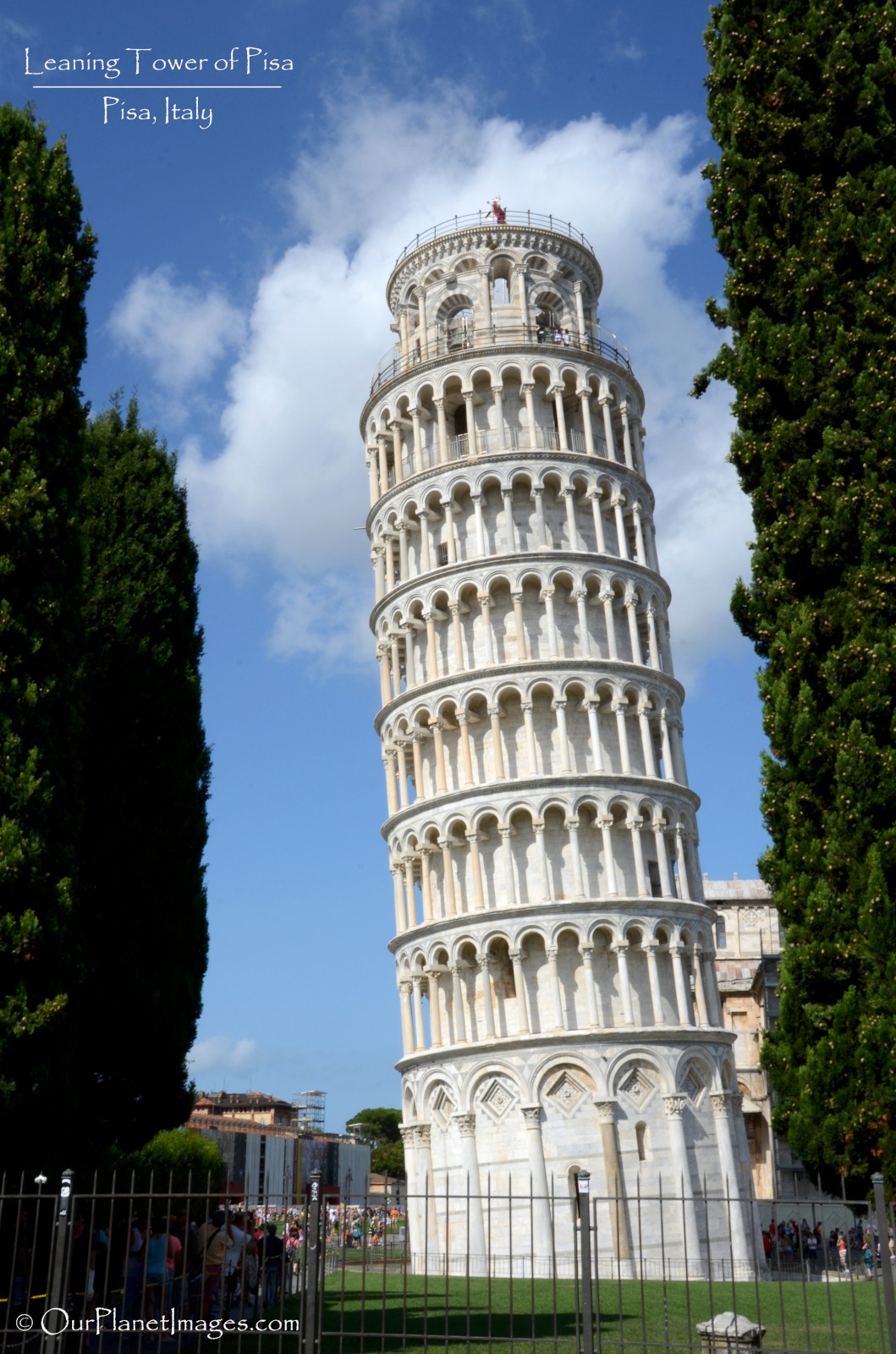 The Leaning Tower of Pisa is just one of three notable buildings in the Square of Miracles the other two are Cathedral of Pisa and the Baptistery. These buildings are shown in the photos below. 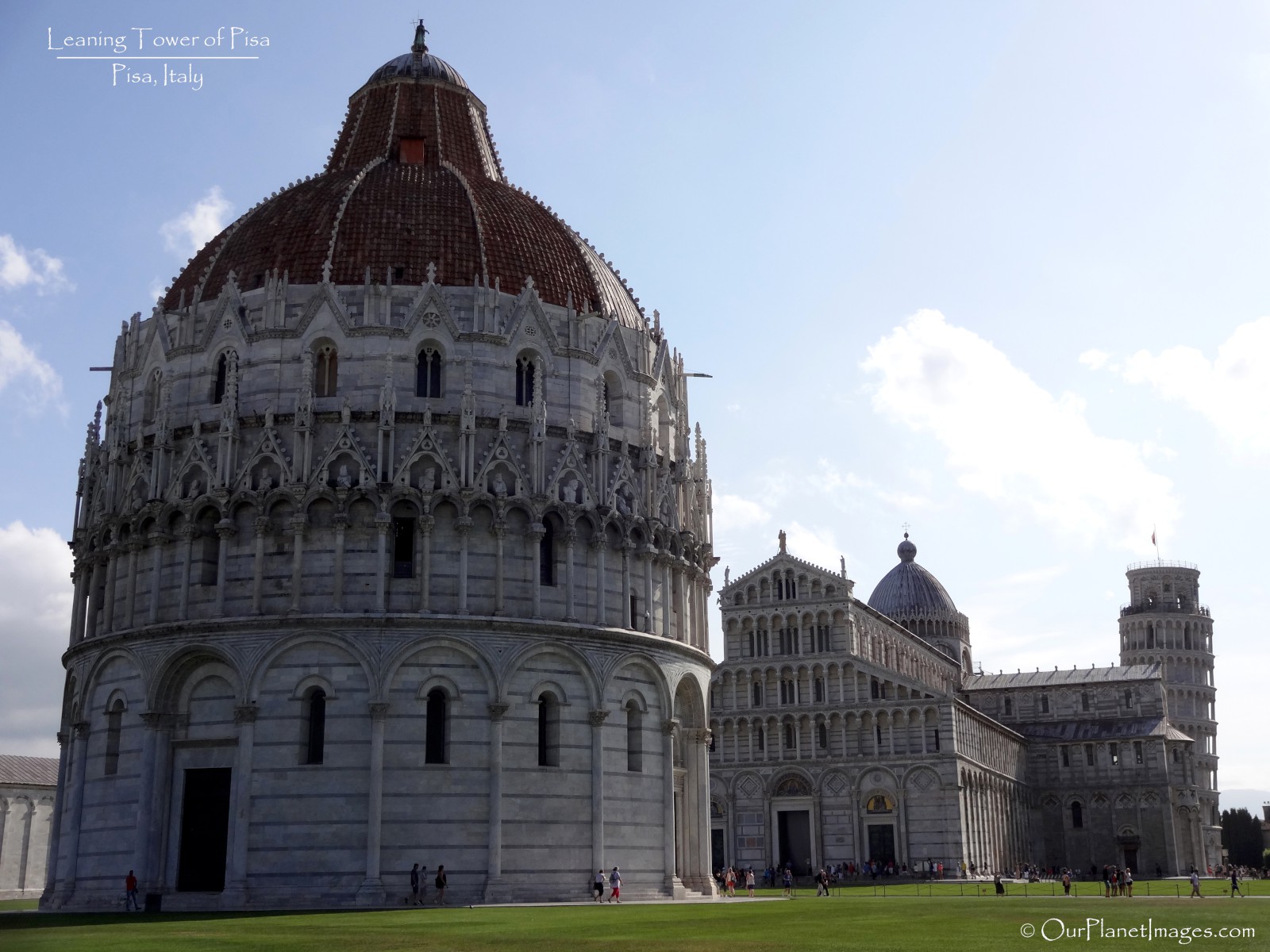 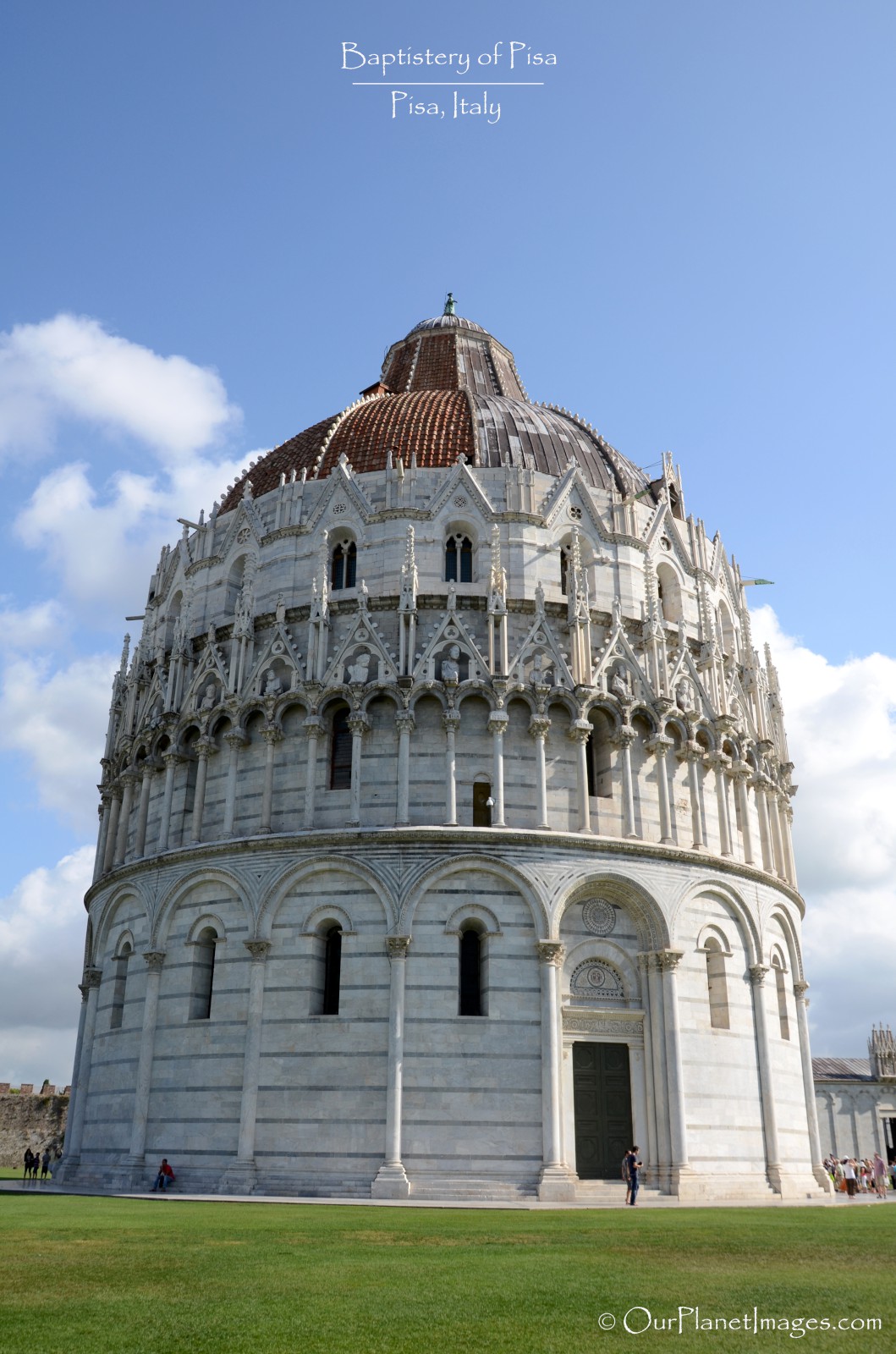 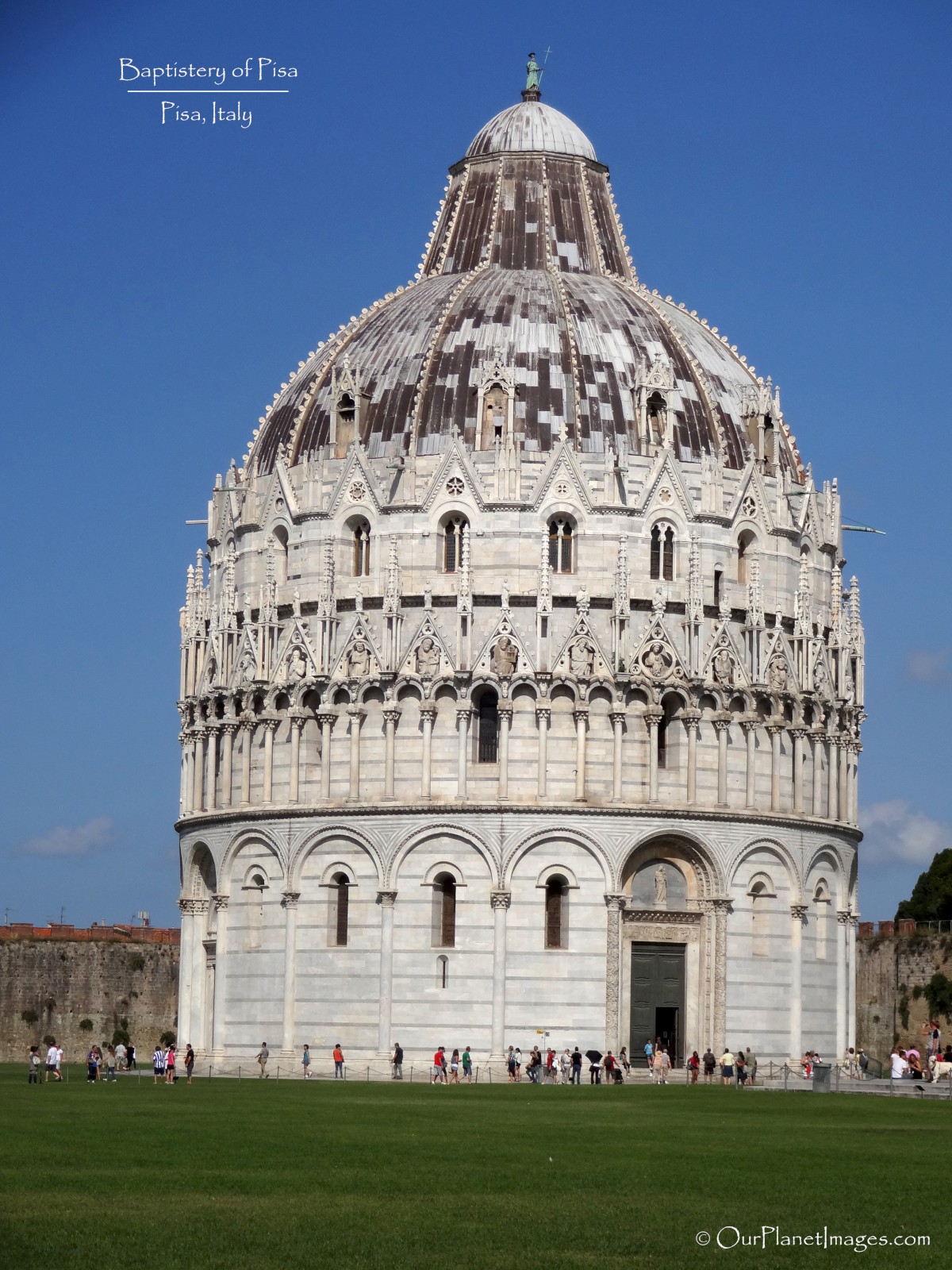 Everywhere that I travel, I see some people photographing themselves pretending to interact with the famous site that they are visiting but literally everyone is doing it at the Leaning Tower of Pisa. There is just something about a leaning building that makes us all want to interject ourselves into some form of action with the building. 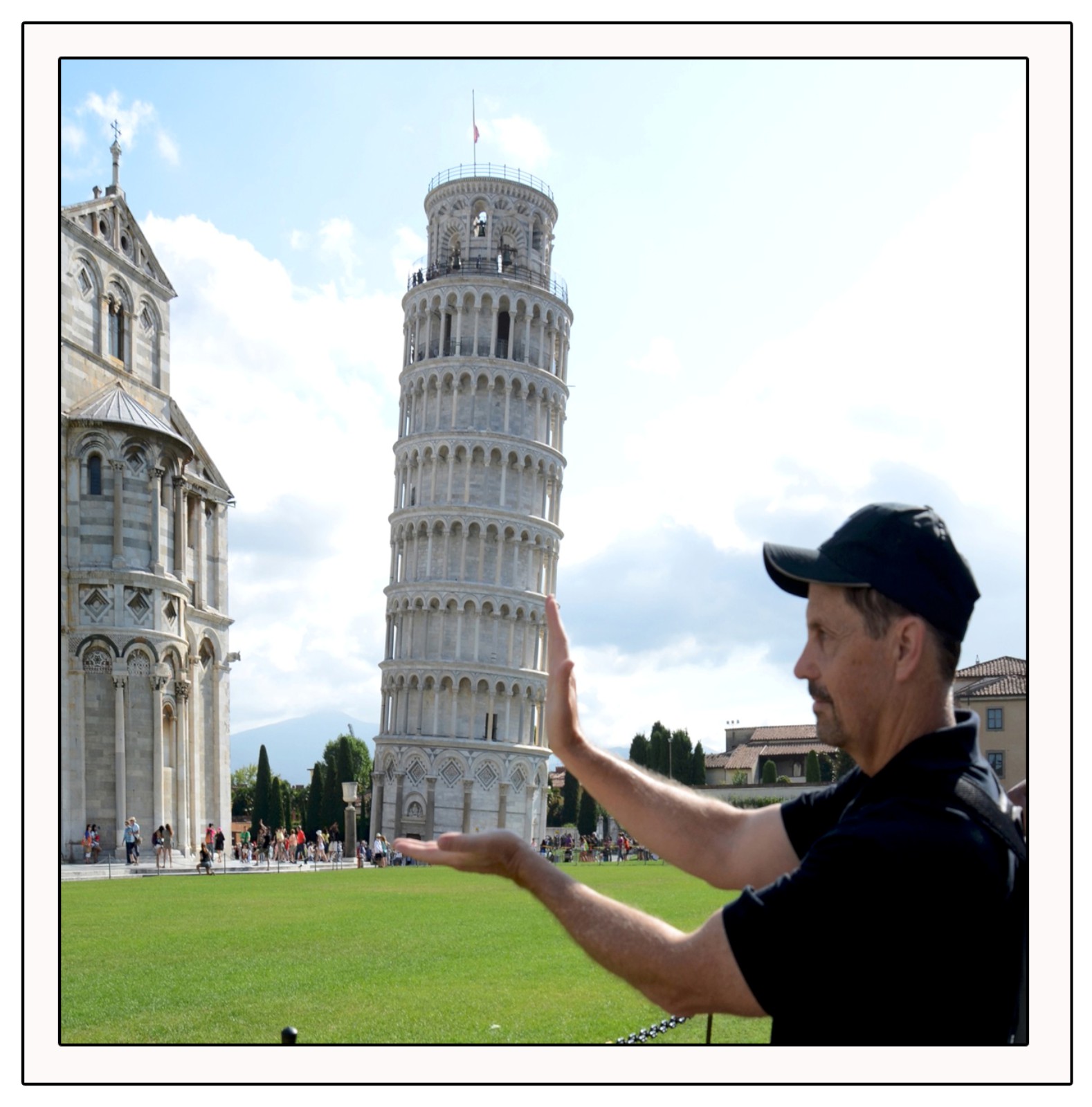 It’s fun to take memorable photos with funny or creative poses when traveling. I think those times makes the trip more exciting. 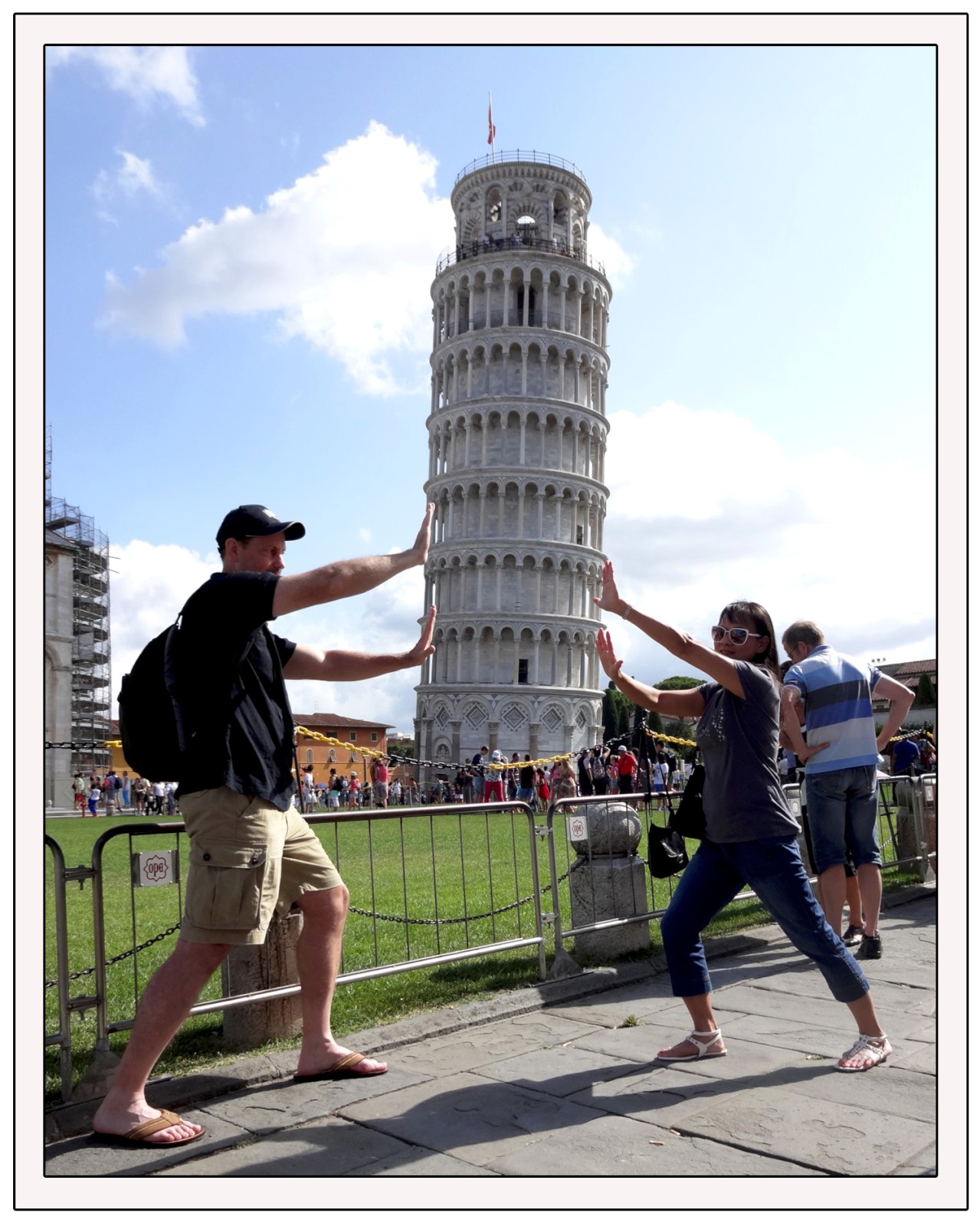 I truly love seeing famous places and getting great photos but some of my best memories from my trips are the times that we were just goofing around!