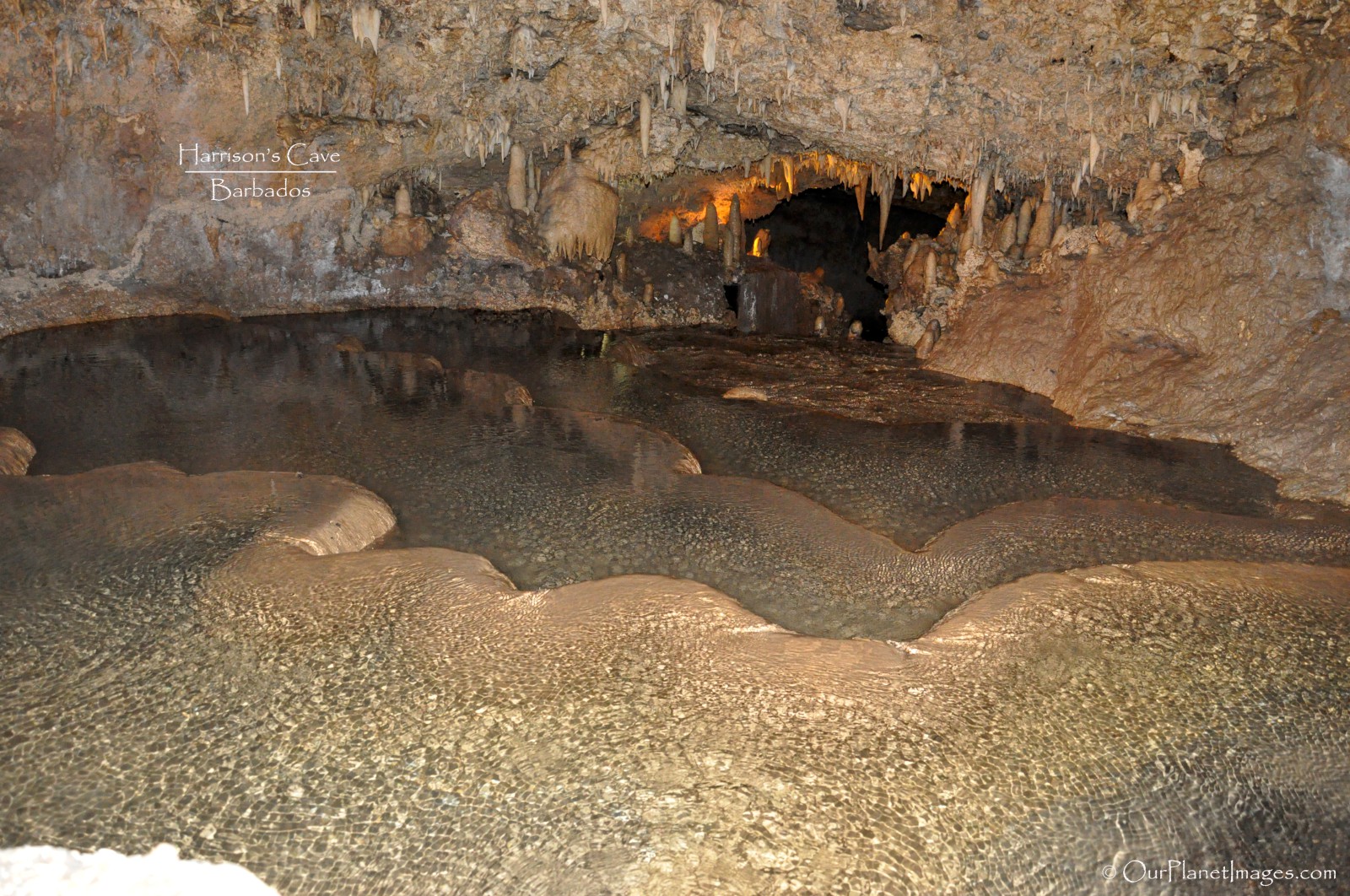 Harrison’s Cave is on the island of Barbados and is a massive stream cave system that is 2.3 Kilometers long. One of the unique things about these caves are that the tour can be taken by an electric tram. This is the most popular way to see the cave and the tram allows visitors to get out of the tram at the bottom of the cave to see a waterfall that plunges into a deep water pool.

The entrance to the cave is in the tropical jungle and from the outside there is no indication that there is a cave anywhere nearby. 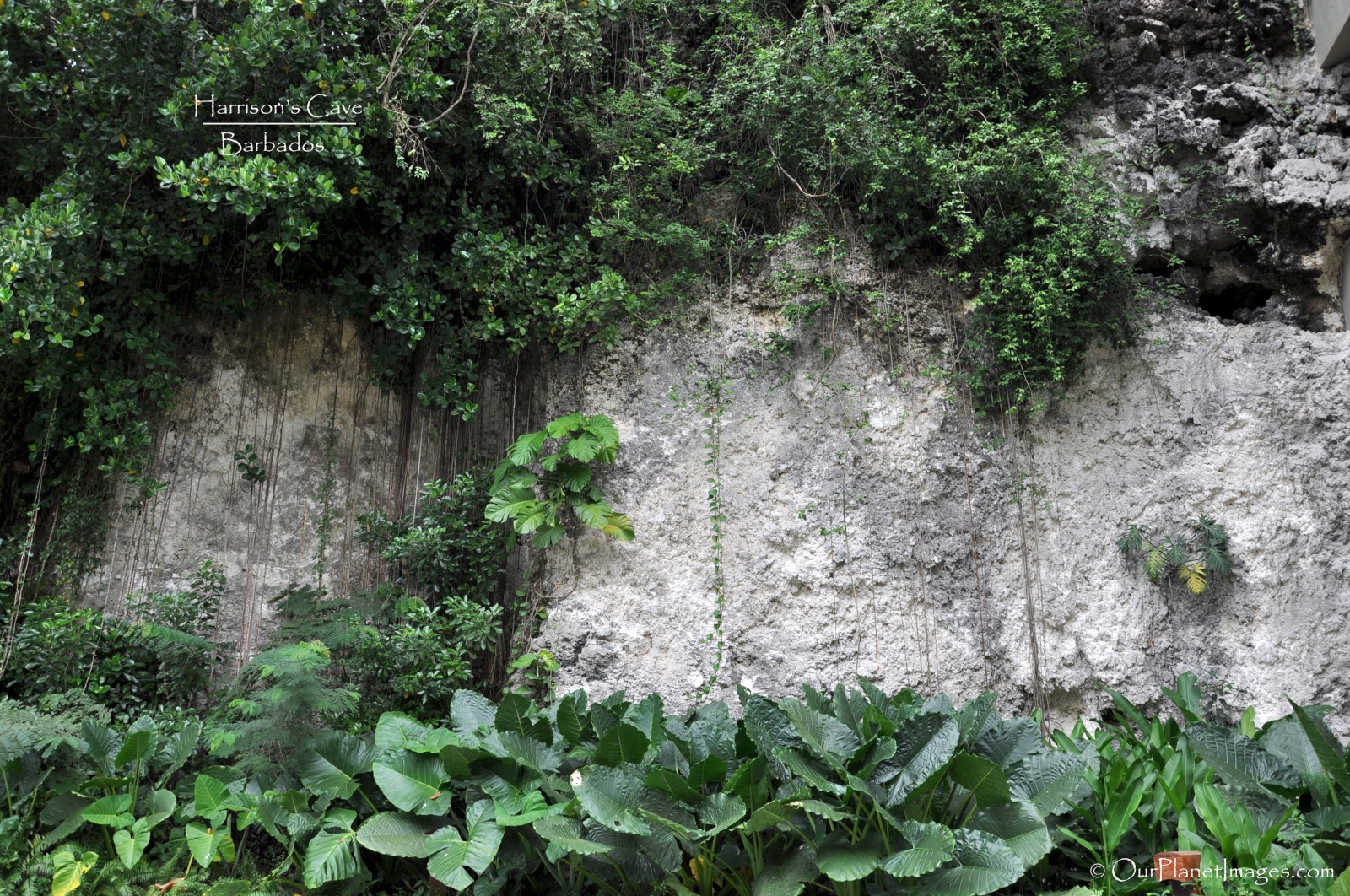 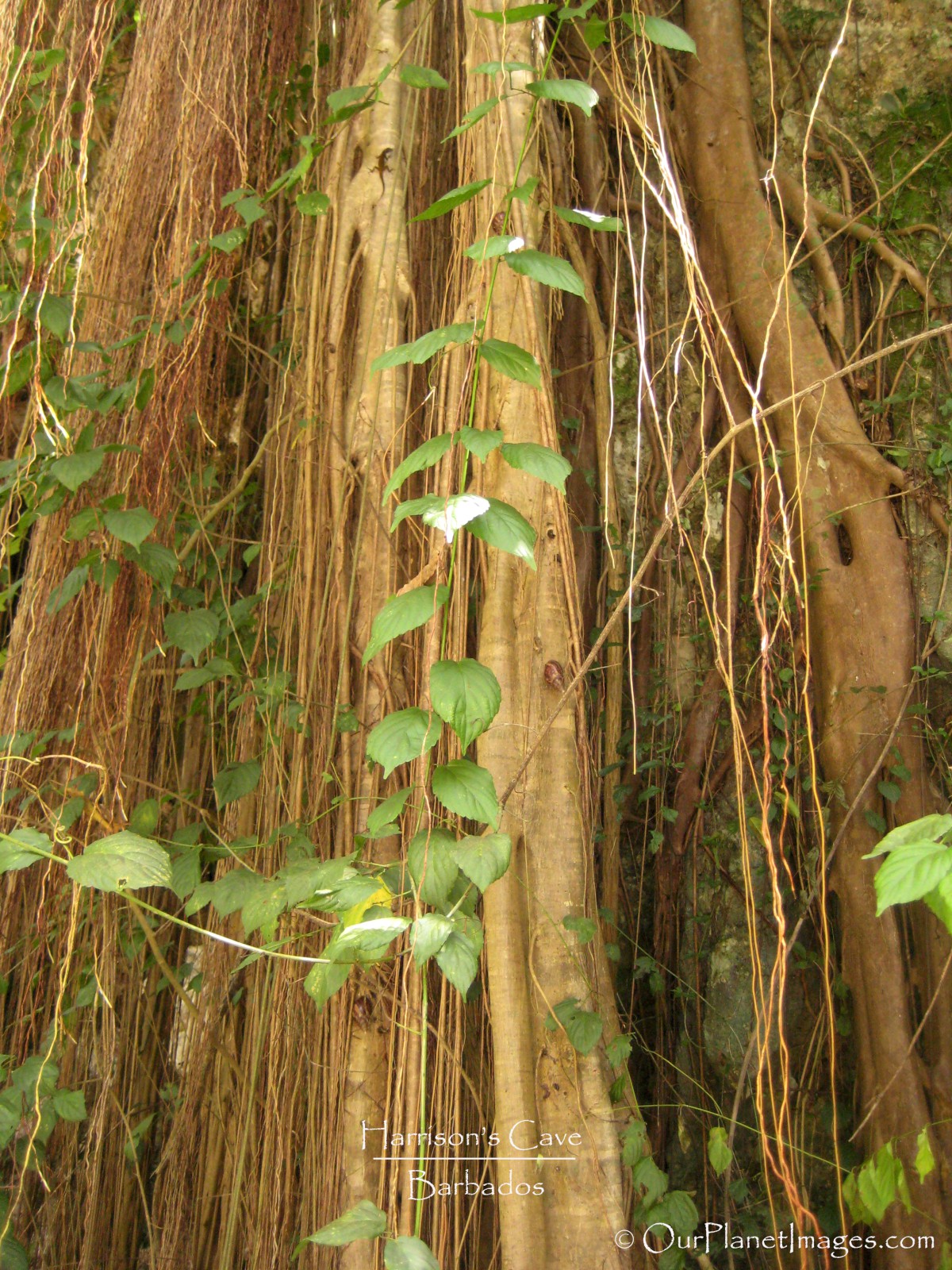 Inside the cave there are lots of nice stalactites and stalagmites that are lit with natural lighting. 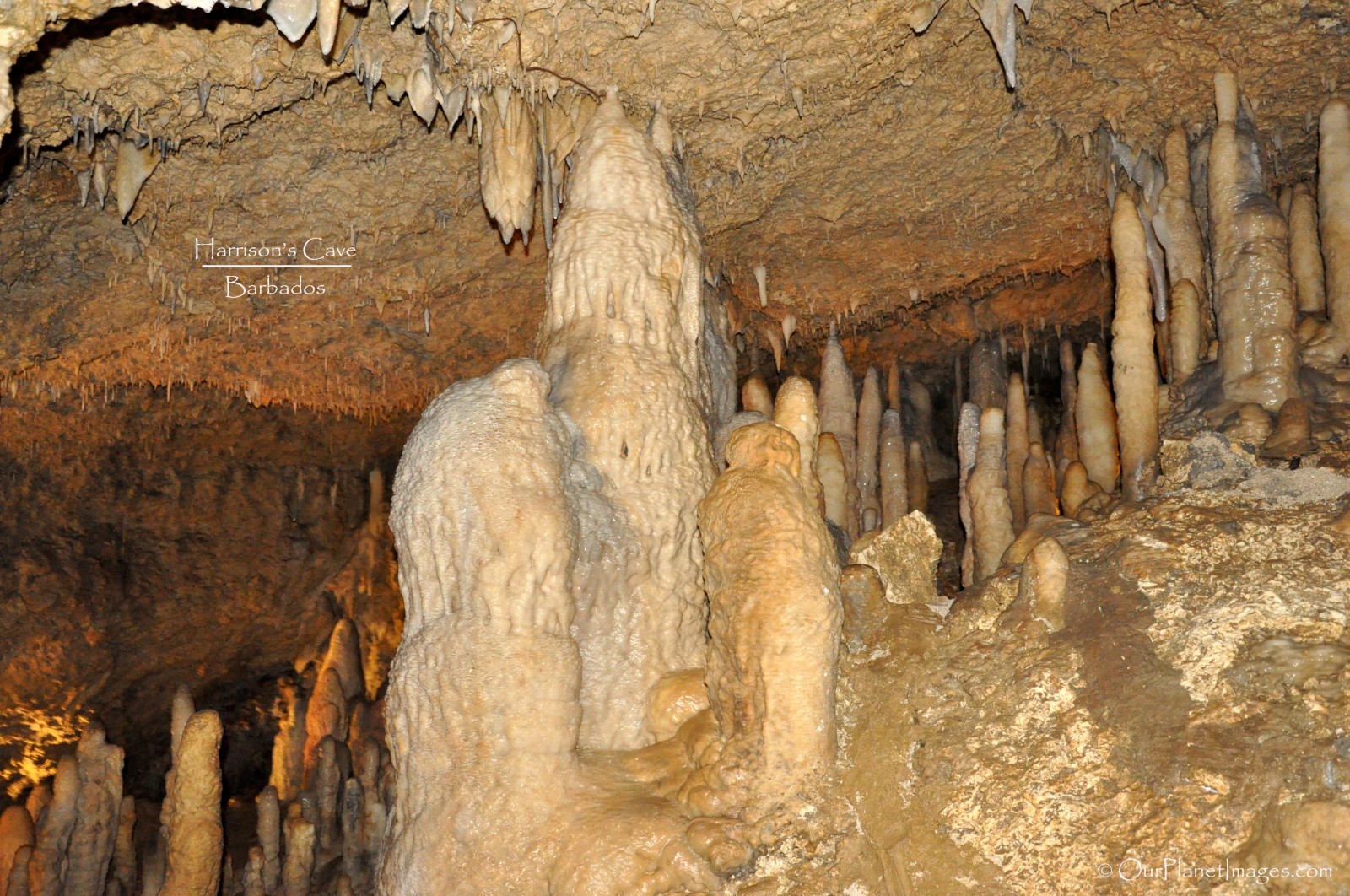 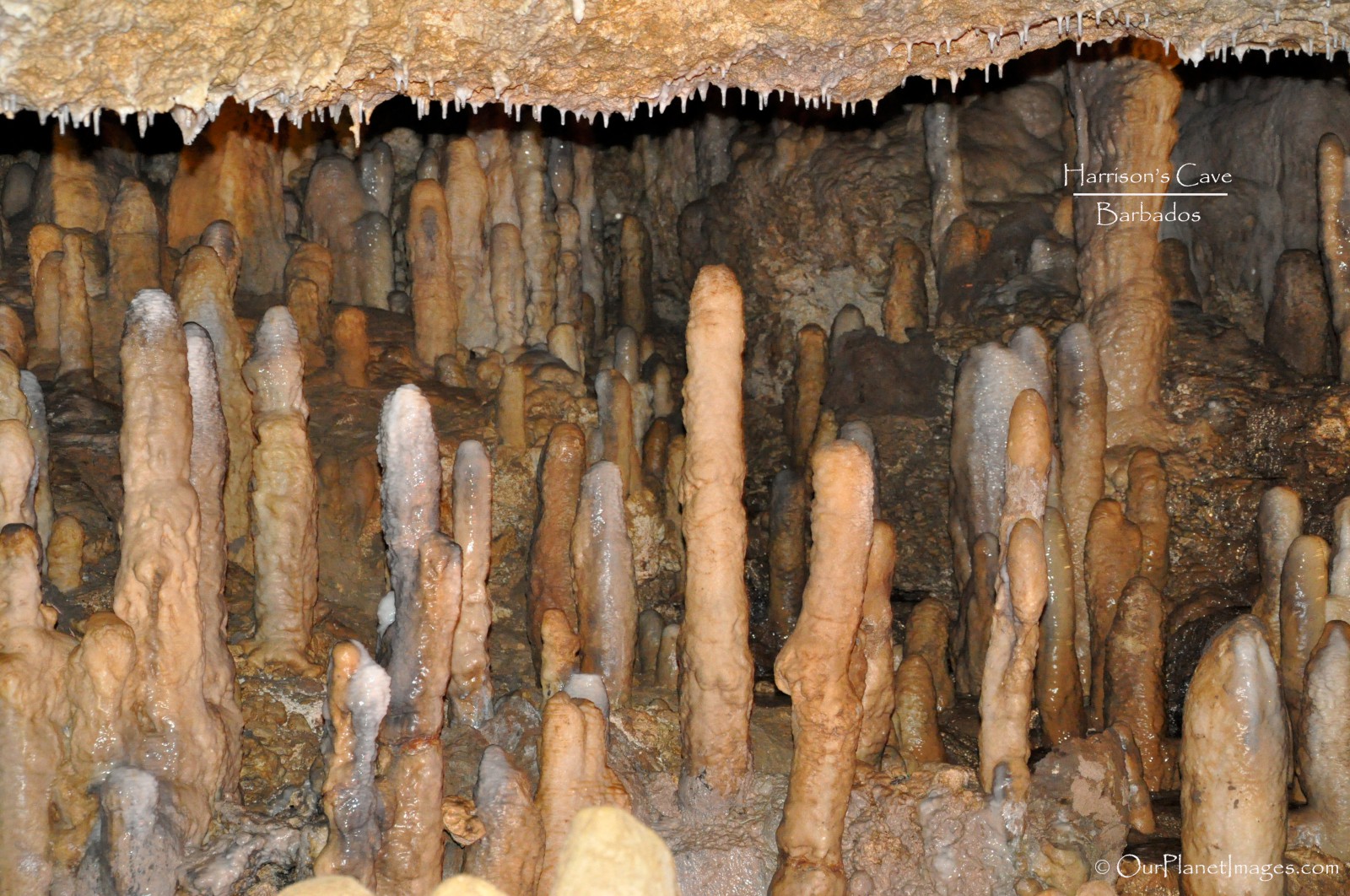 Most of the cave is lit with natural lighting but there are some places that color lighting has been added for a special effect and I think this lighting achieved a nice effect. 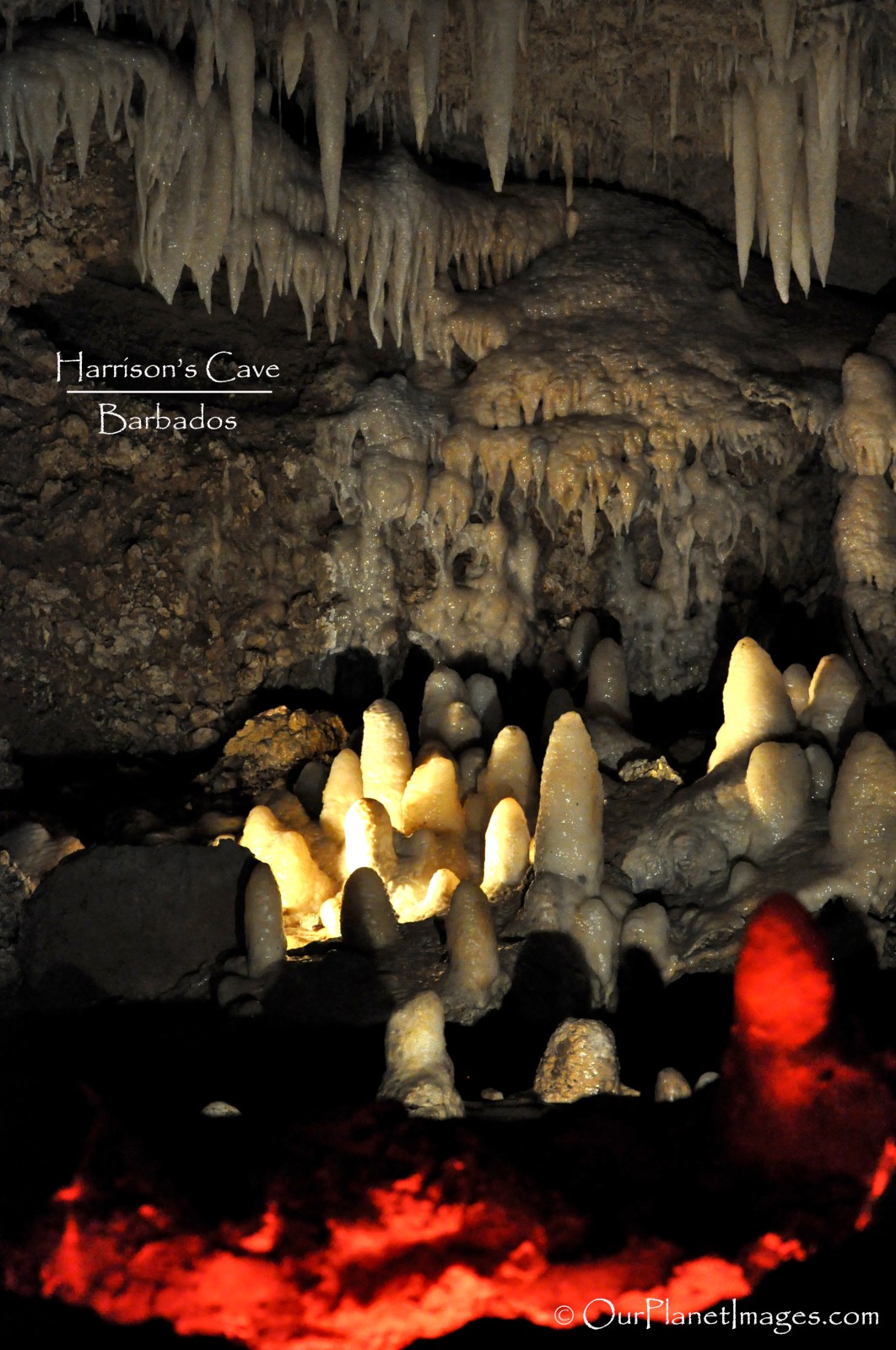 The one thing that I think makes Harrison’s cave different from other caves that I have been in is that it is a wet cave. Water is dropping from the ceiling throughout the cave. The tram tour has a covered top and keeps everyone dry but if you walk around you will get dripped on. Because the cave is a wet cave it is still a living cave where the stalactites and stalagmites are still growing, almost the thickness of a sheet of paper every year. Additionally, there are waterfalls in several places in the cave system. 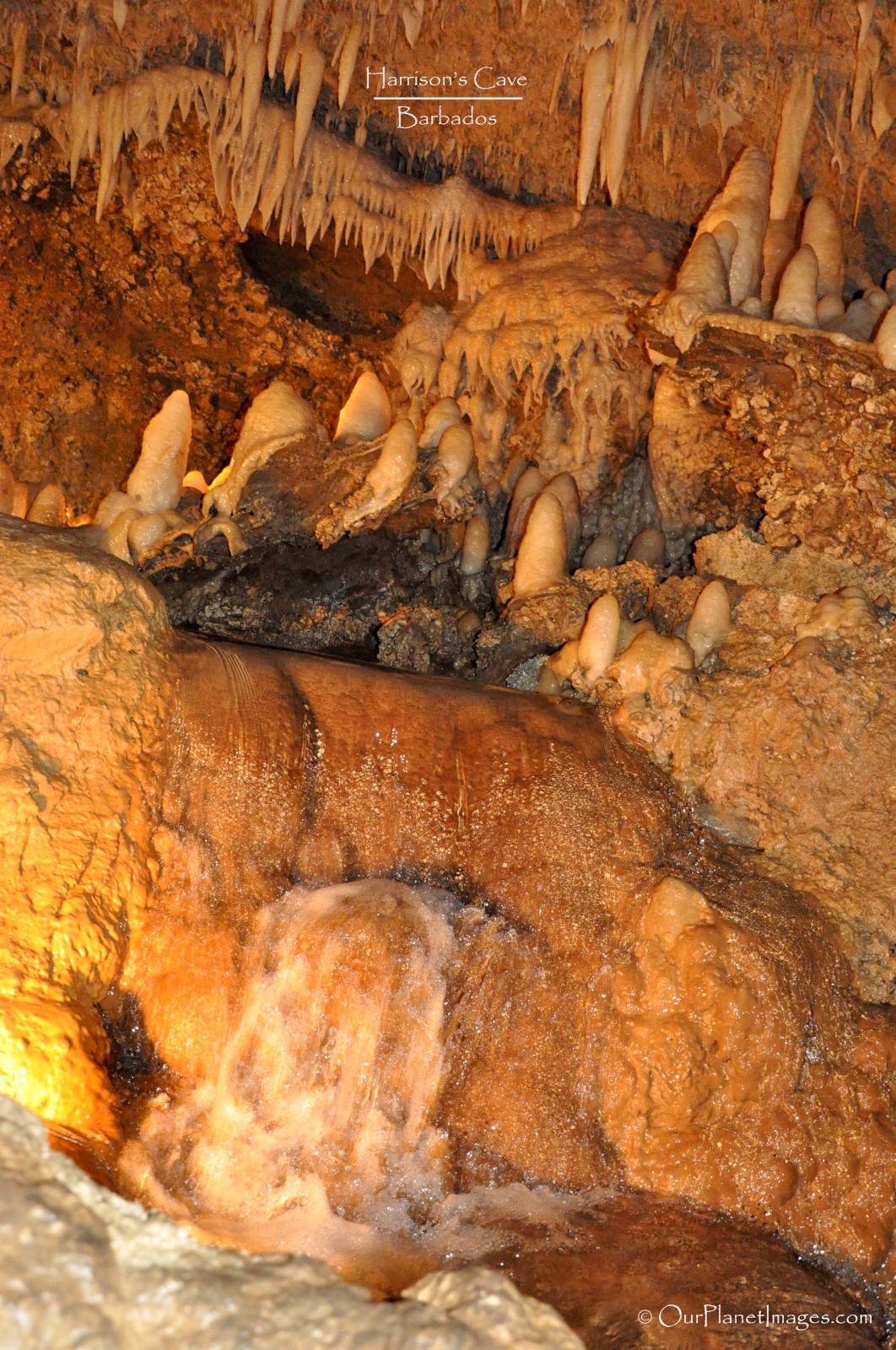 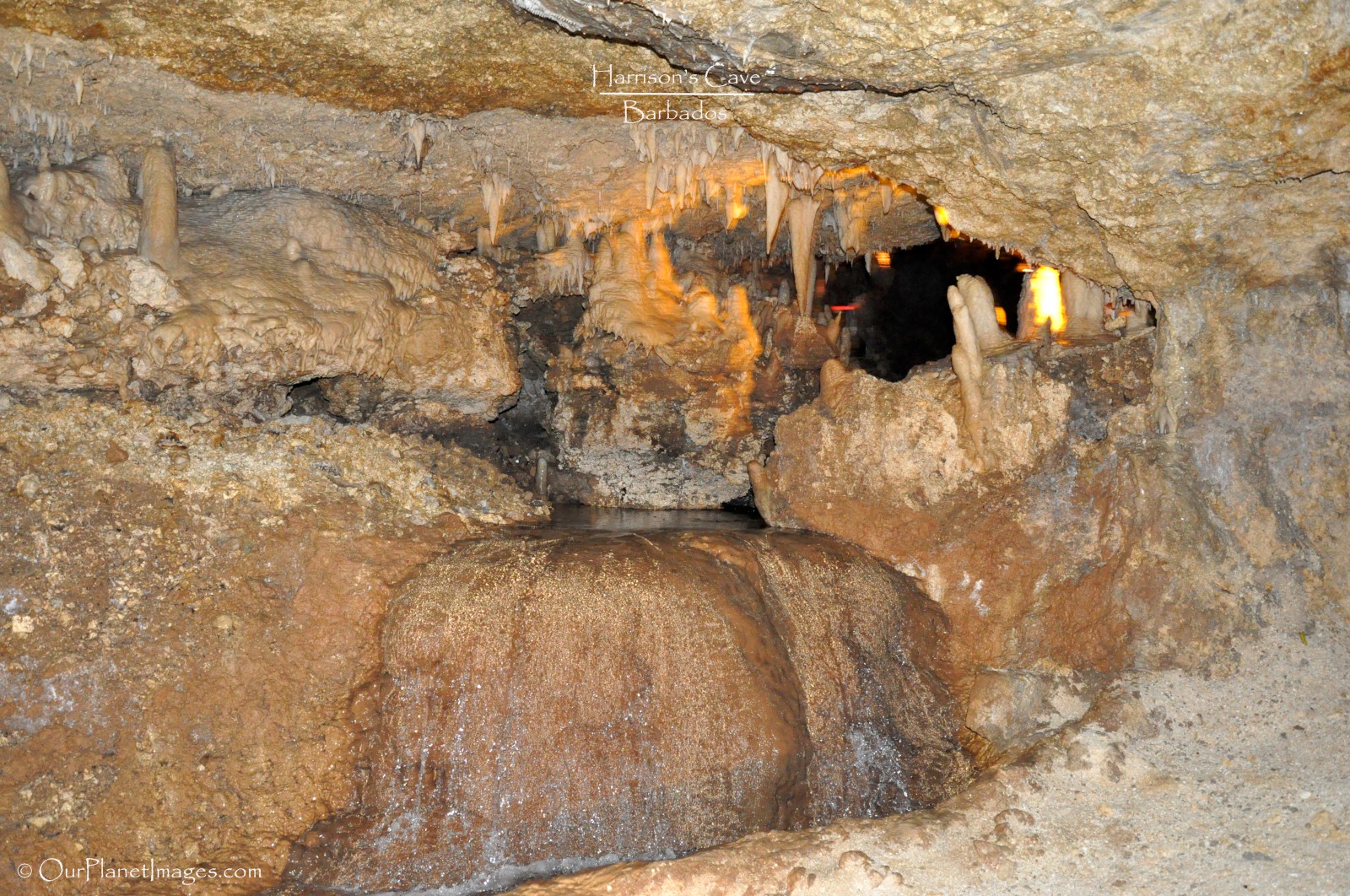 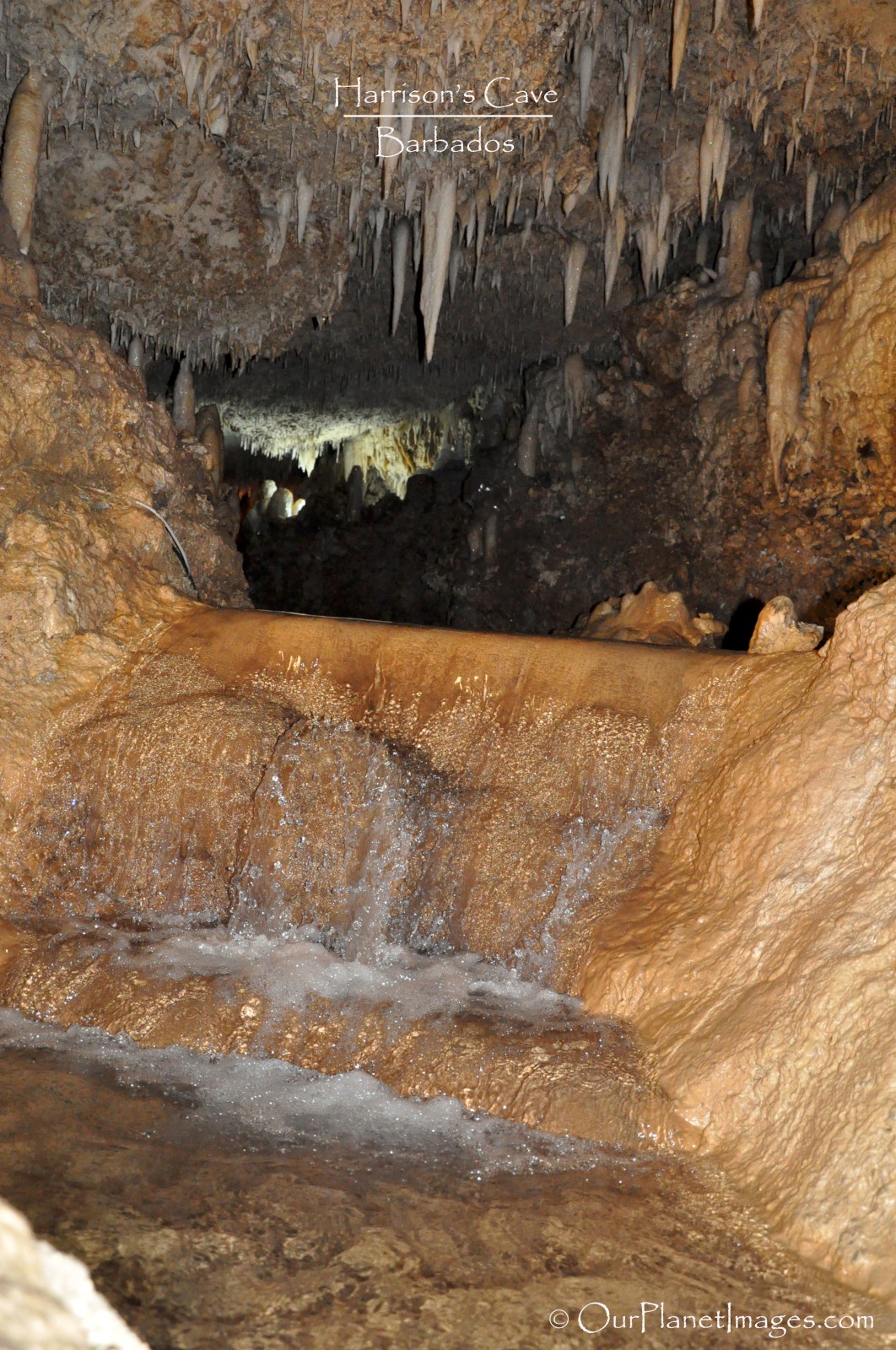 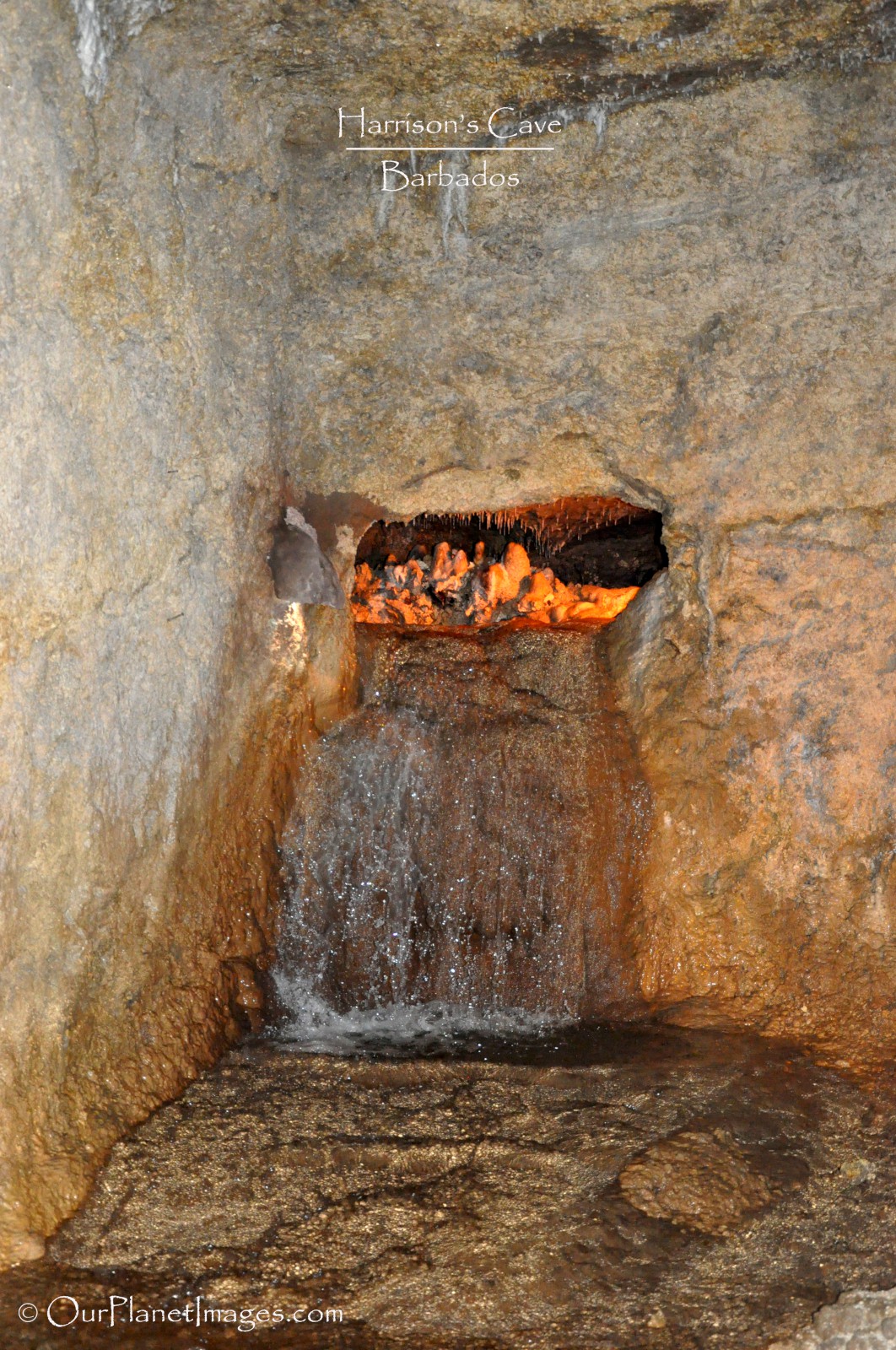 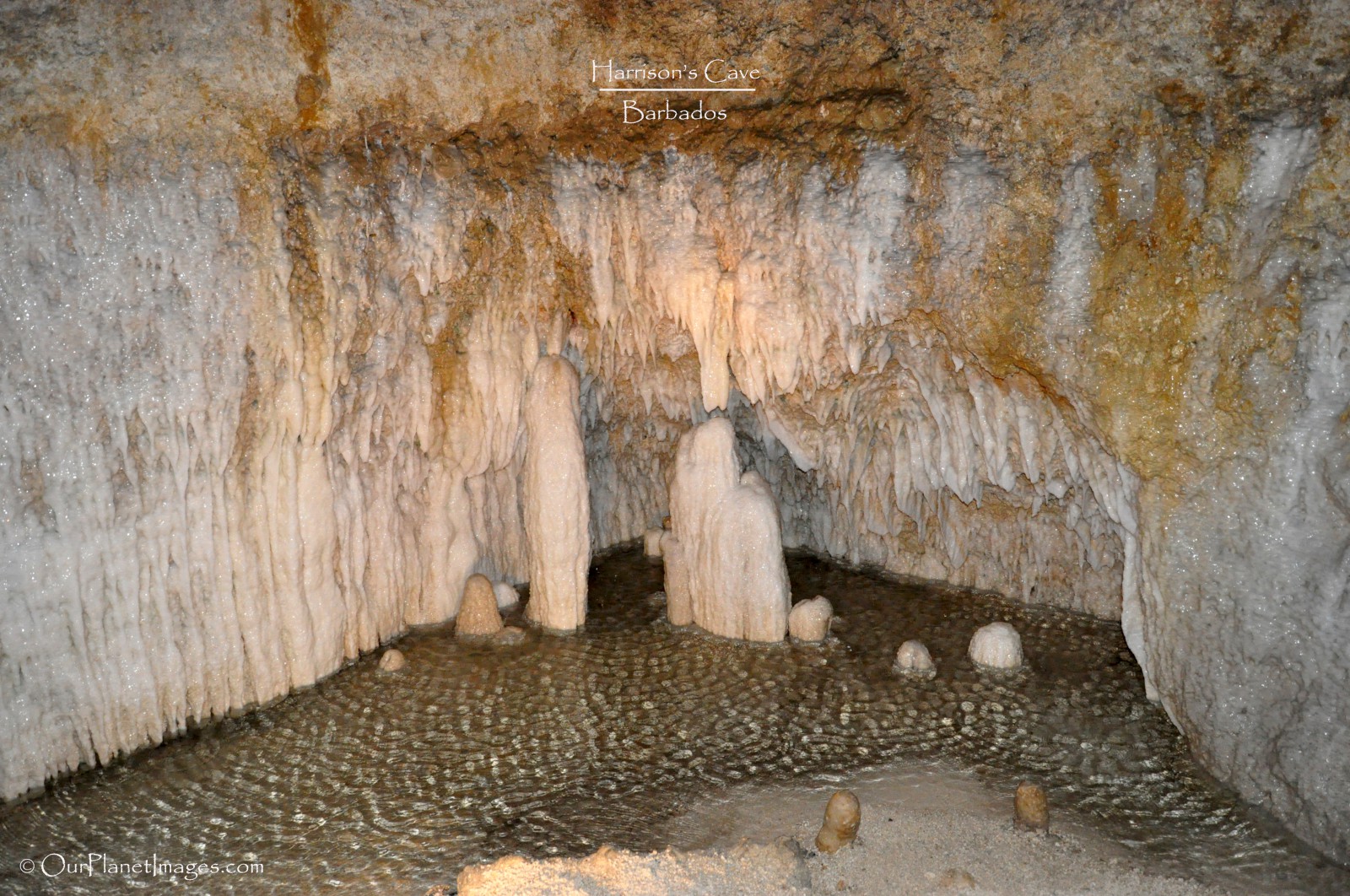 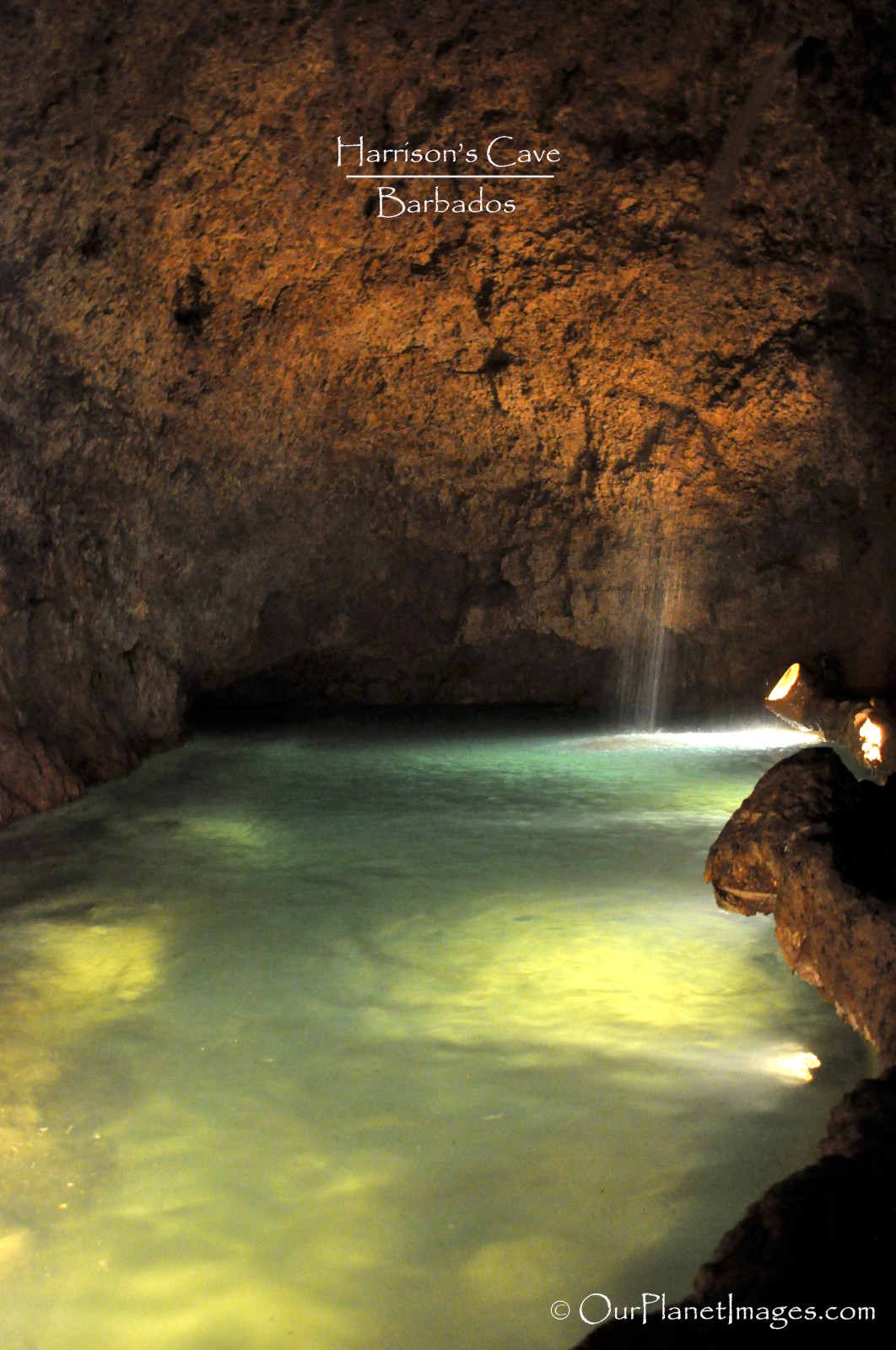 Harrison’s Cave is one of the most popular tourist attraction in Barbados. The cave is nice, well managed and taking a tram through the caves is an easy way to see the caves attractions.