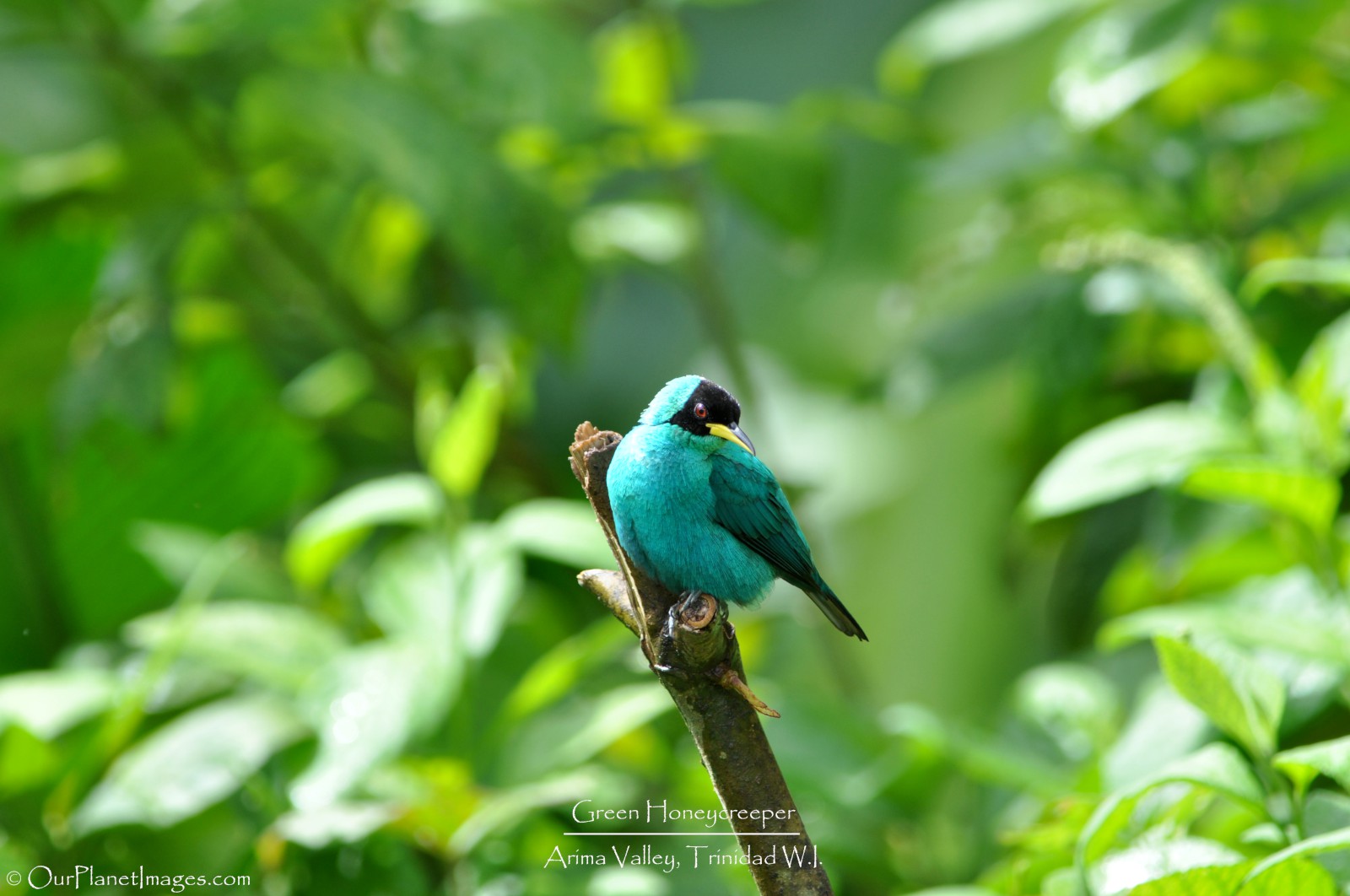 I don’t think that I will ever forget the first time I saw a Green Honeycreeper. I was totally amazed, I had never seen a bird with such vibrant colors. Seeing this bird was what made me take an interest in birds. Once I started seeing the diversity in birds, it has really made me become more than a casual bird watcher. I have always enjoyed being in nature but now I also look at my surroundings a little closer just to see if there are any birds around me.

I have lived in Trinidad two separate times for a total of about one year. During my time in Trinidad, I was amazed at how beautiful the birds in Trinidad were and how many different species of birds that are in Trinidad. The birds of Trinidad made a big impression on me and many of the bird photos that I will share on this blog will be from Trinidad.

I have shared a few photos (below) of the Green Honeycreeper to show the dramatic contrast in colors between the male and female of this species. The male is an aqua blue color as indicated by the cover picture and the next two pictures below. 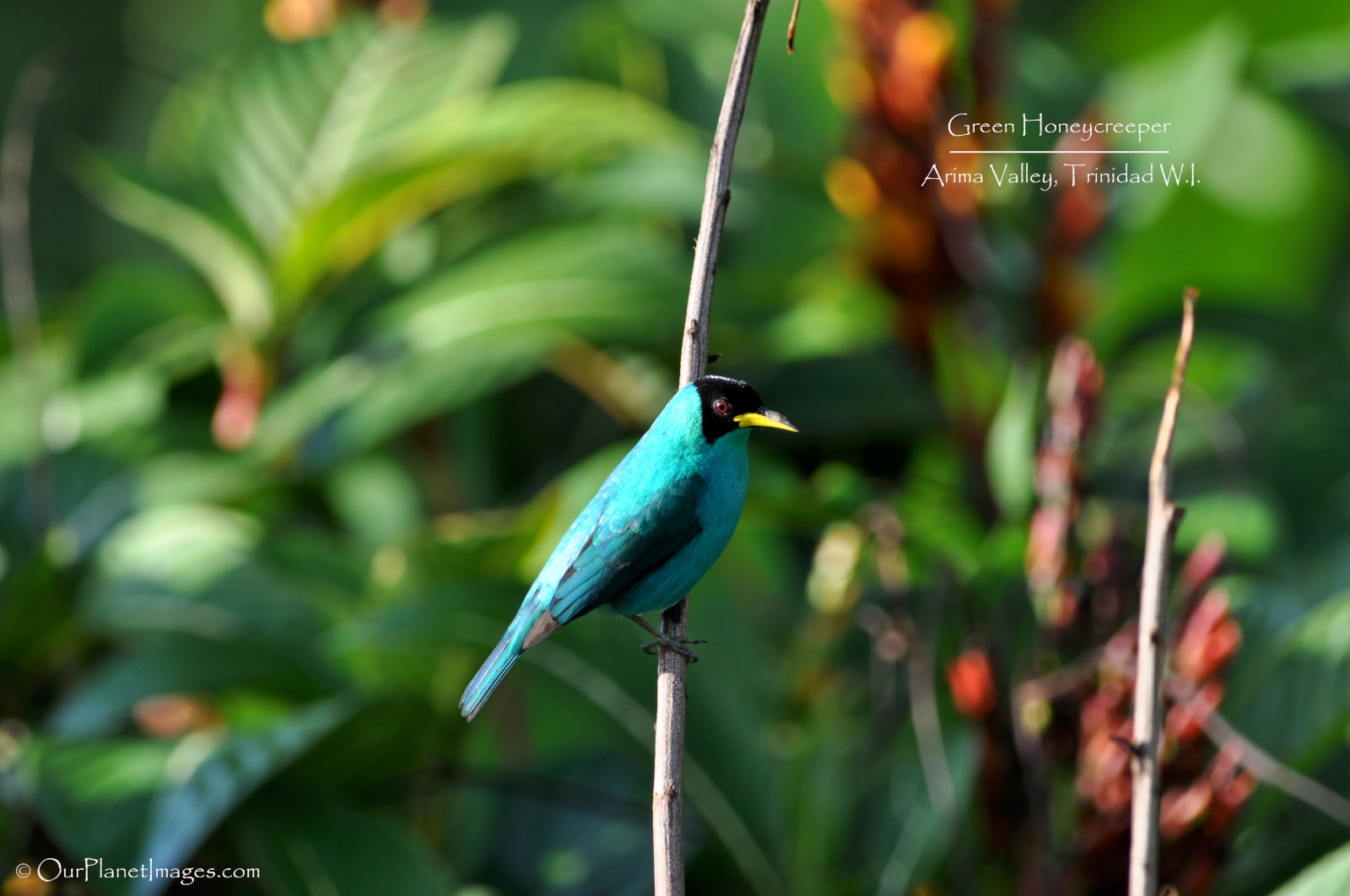 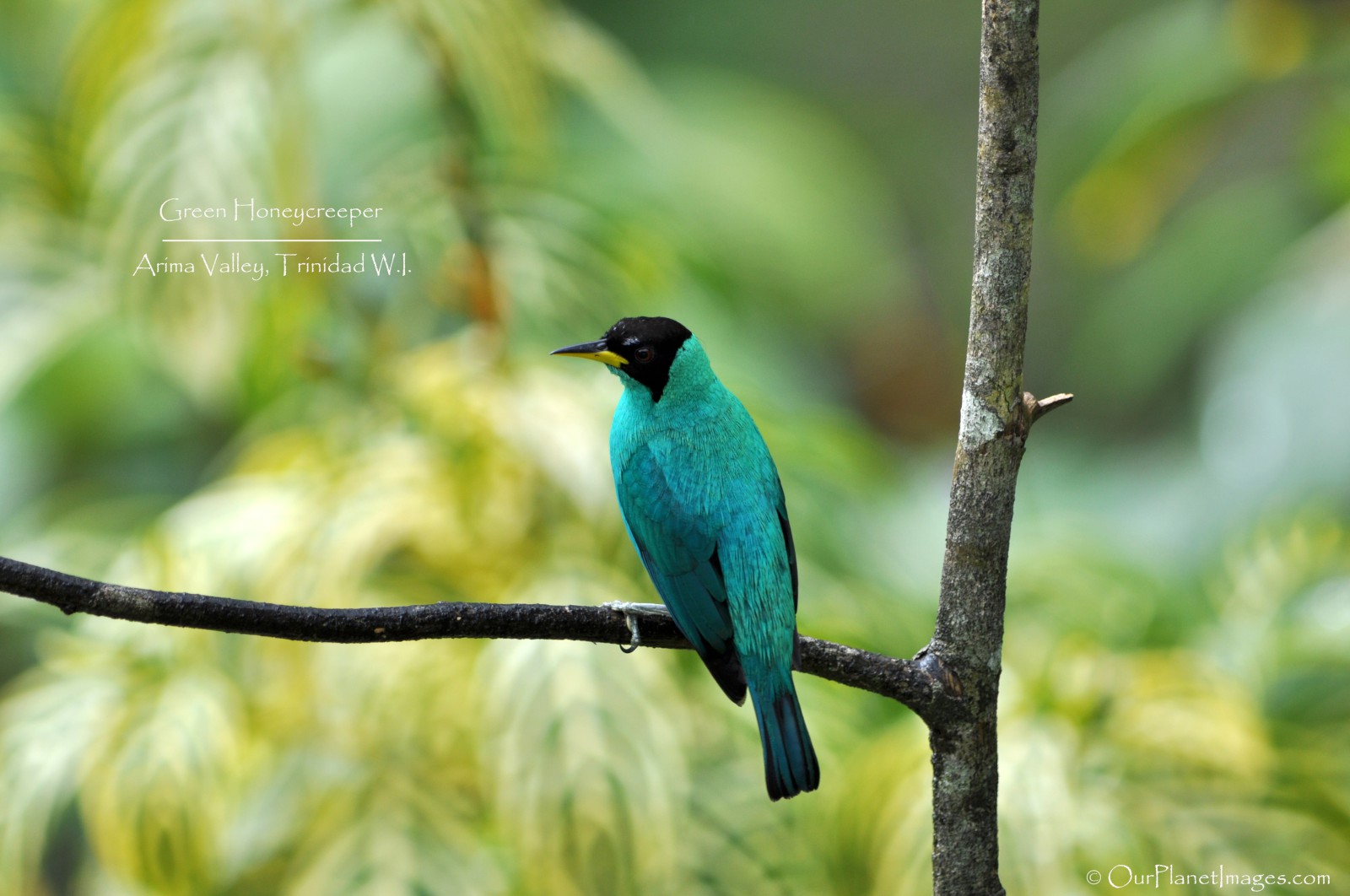 The female is a bright green color which it seems that the bird was named after. 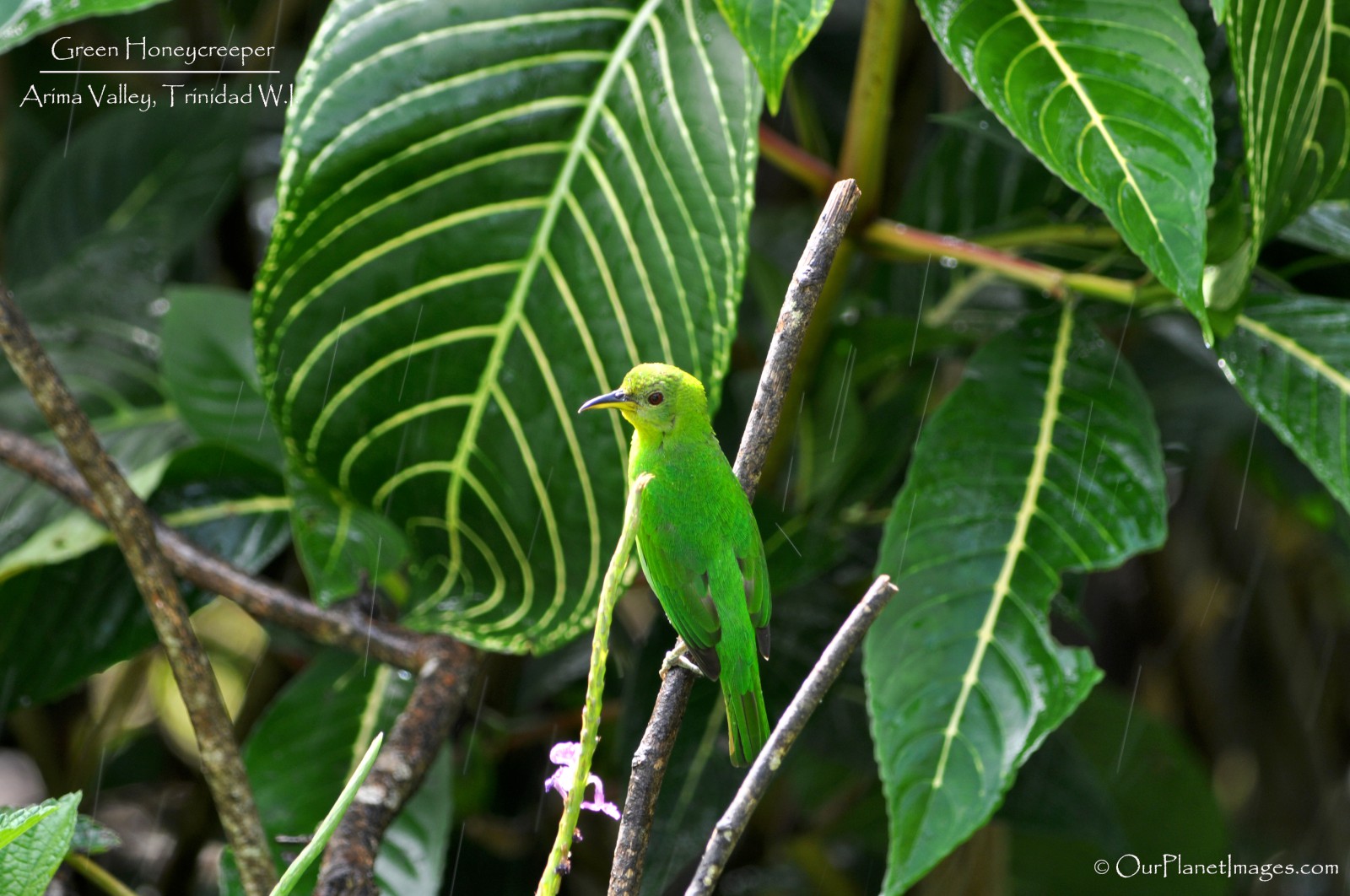 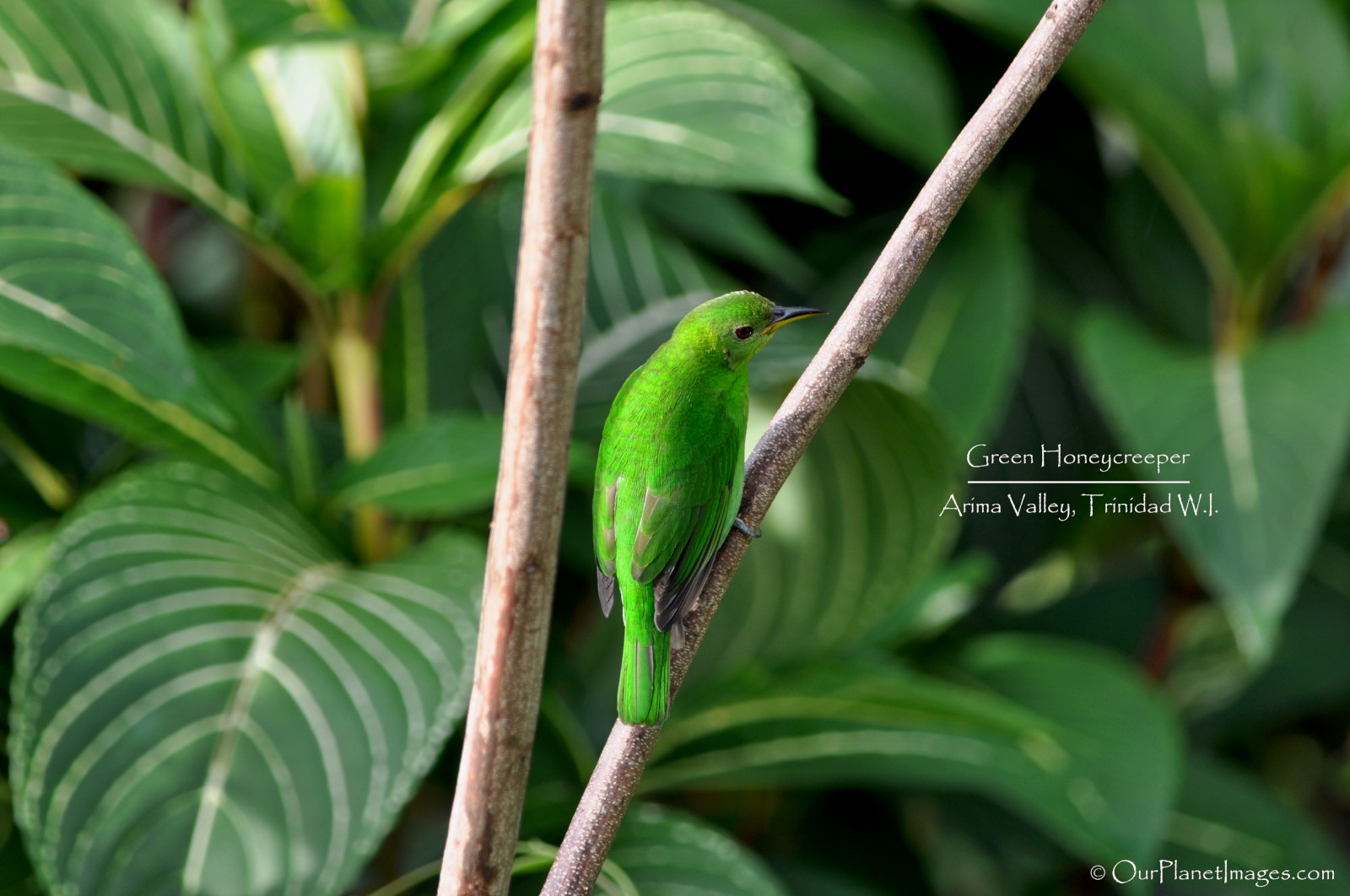 Location: It is a tropical bird that is found from southern Mexico south to Brazil and on Trinidad.

Diet: The green honeycreeper depends less on nectar than most honeycreepers. It derives about 60% of its food from fruit, 20% from nectar and 20% from insects. 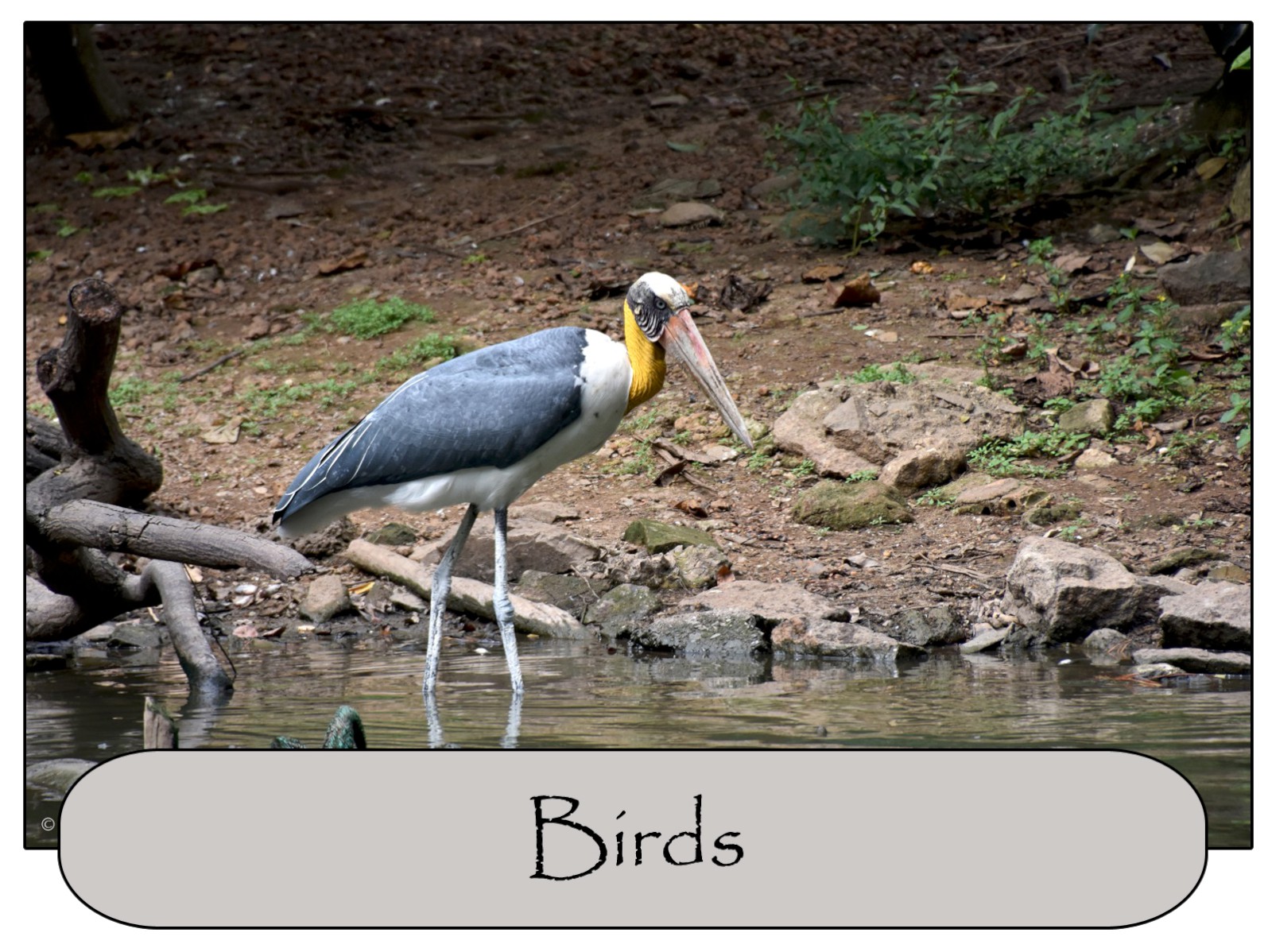 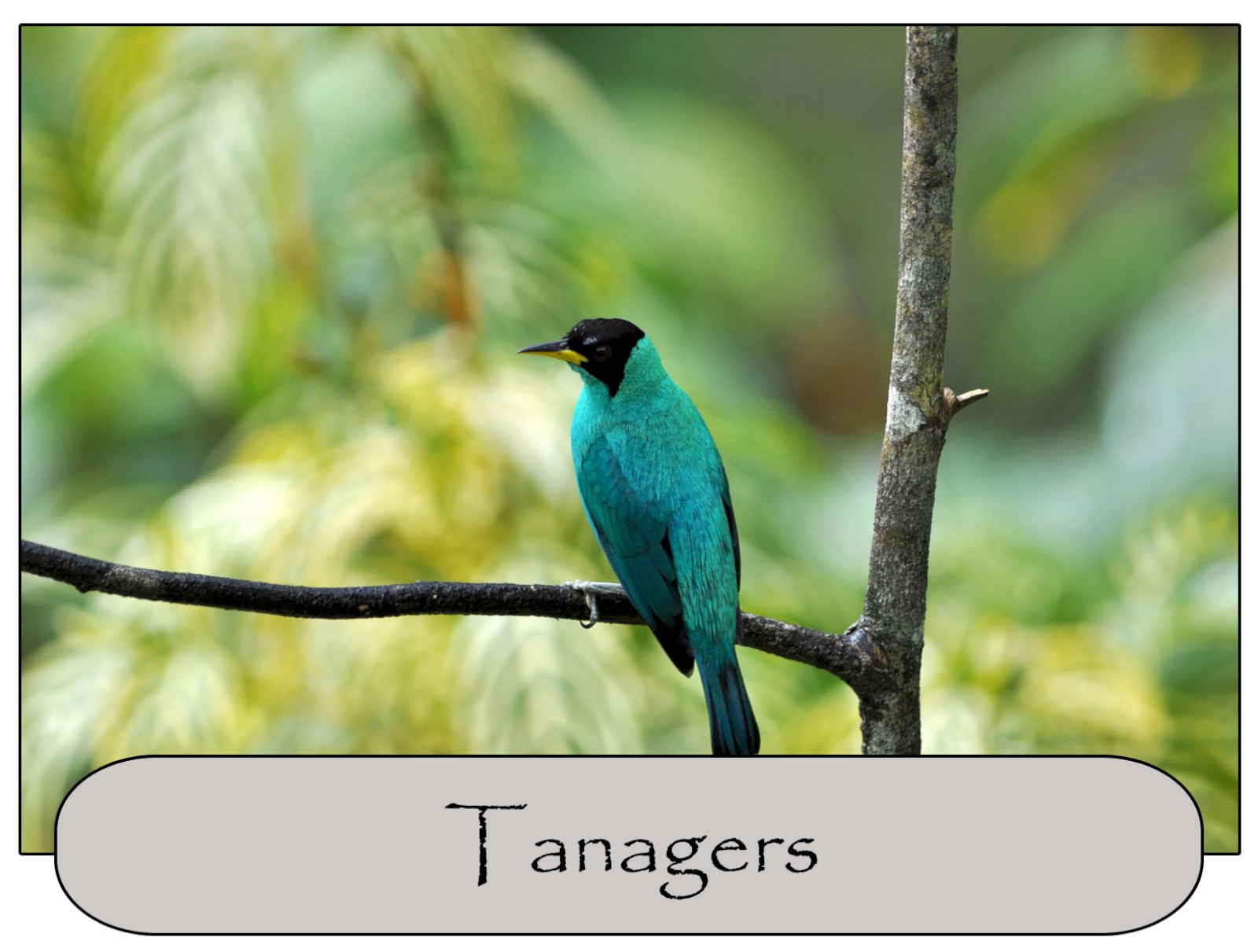