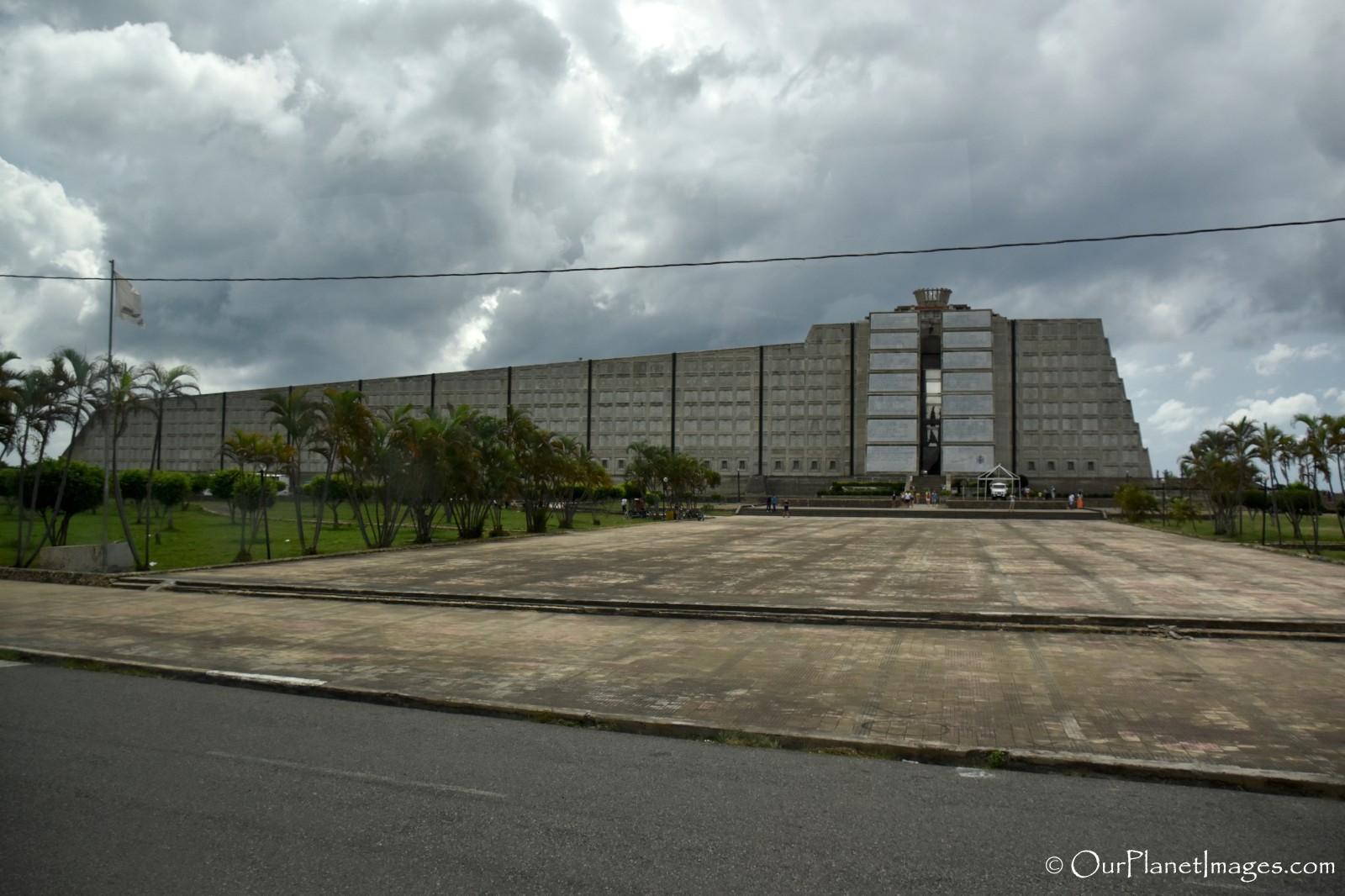 The Columbus Lighthouse is a massive building shaped like a cross located in the city of Santo Domingo on the island country of the Dominican Republic. This building is not a lighthouse in the traditional sense that is intended to warn approaching ships but it is actually a museum and mausoleum dedicated to the explorer which it is named after.

The lighthouse was inaugurated on October 6, 1992 to commemorate the 500th anniversary of the arrival of Christopher Columbus to Santo Domingo in 1492. 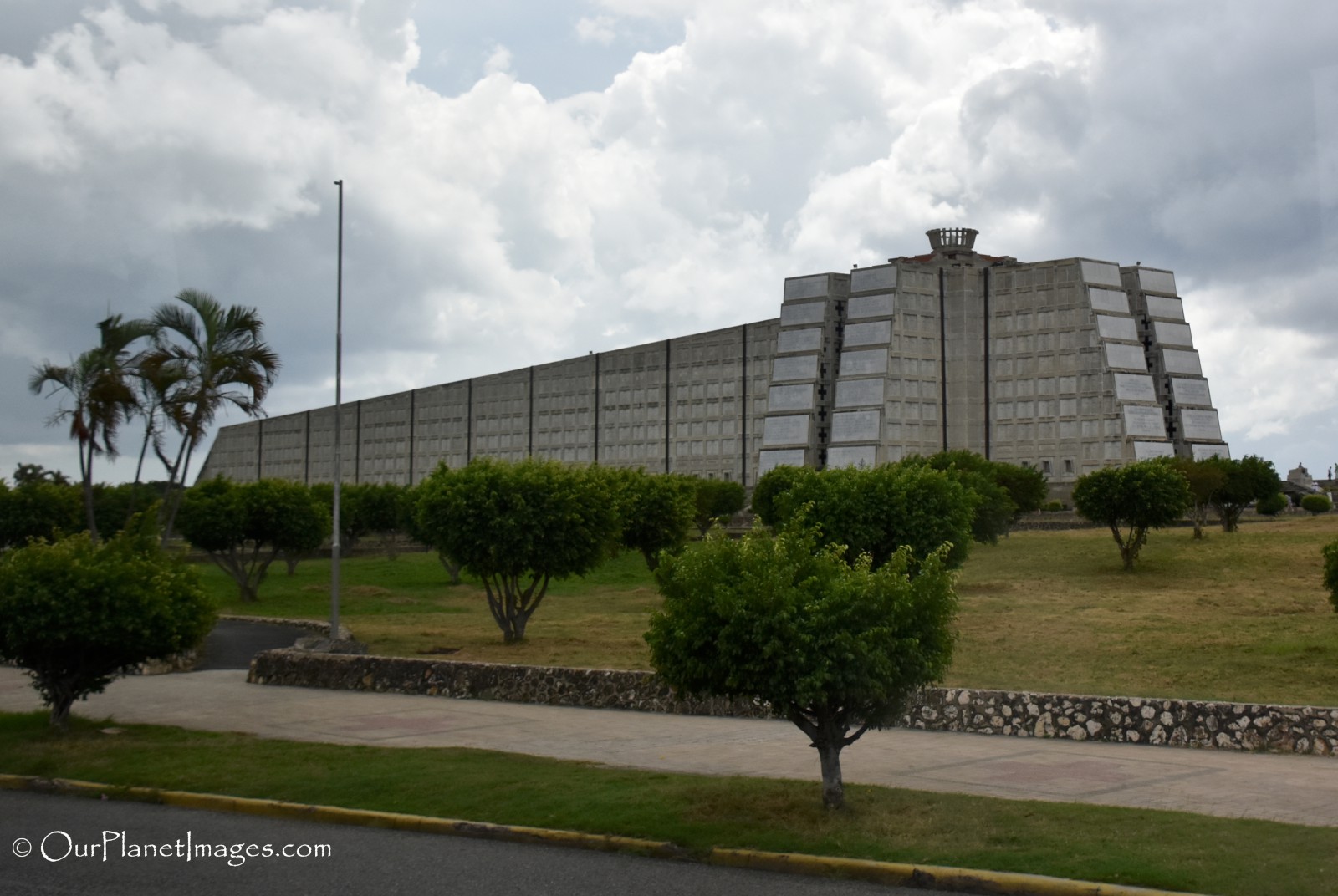 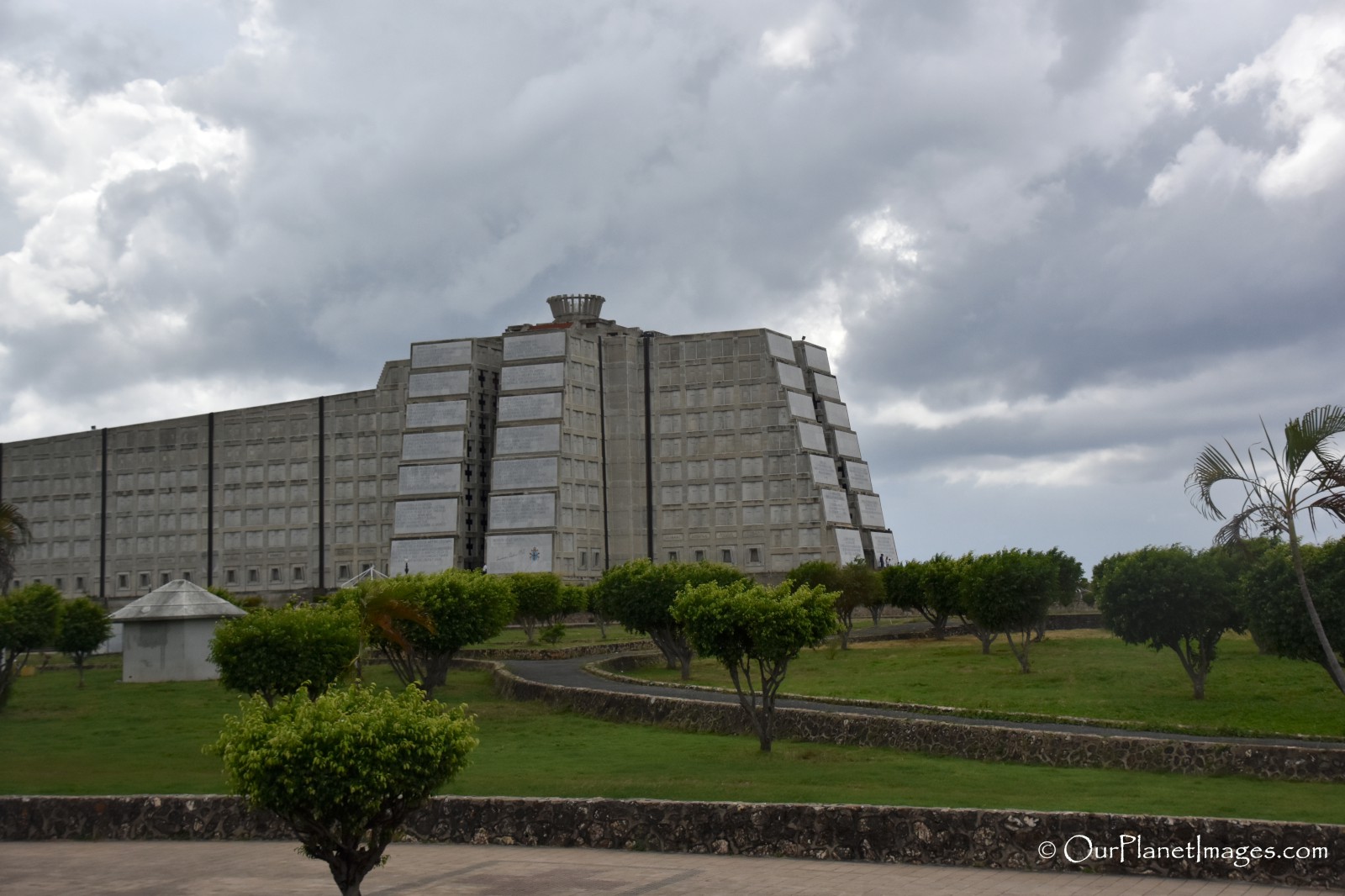 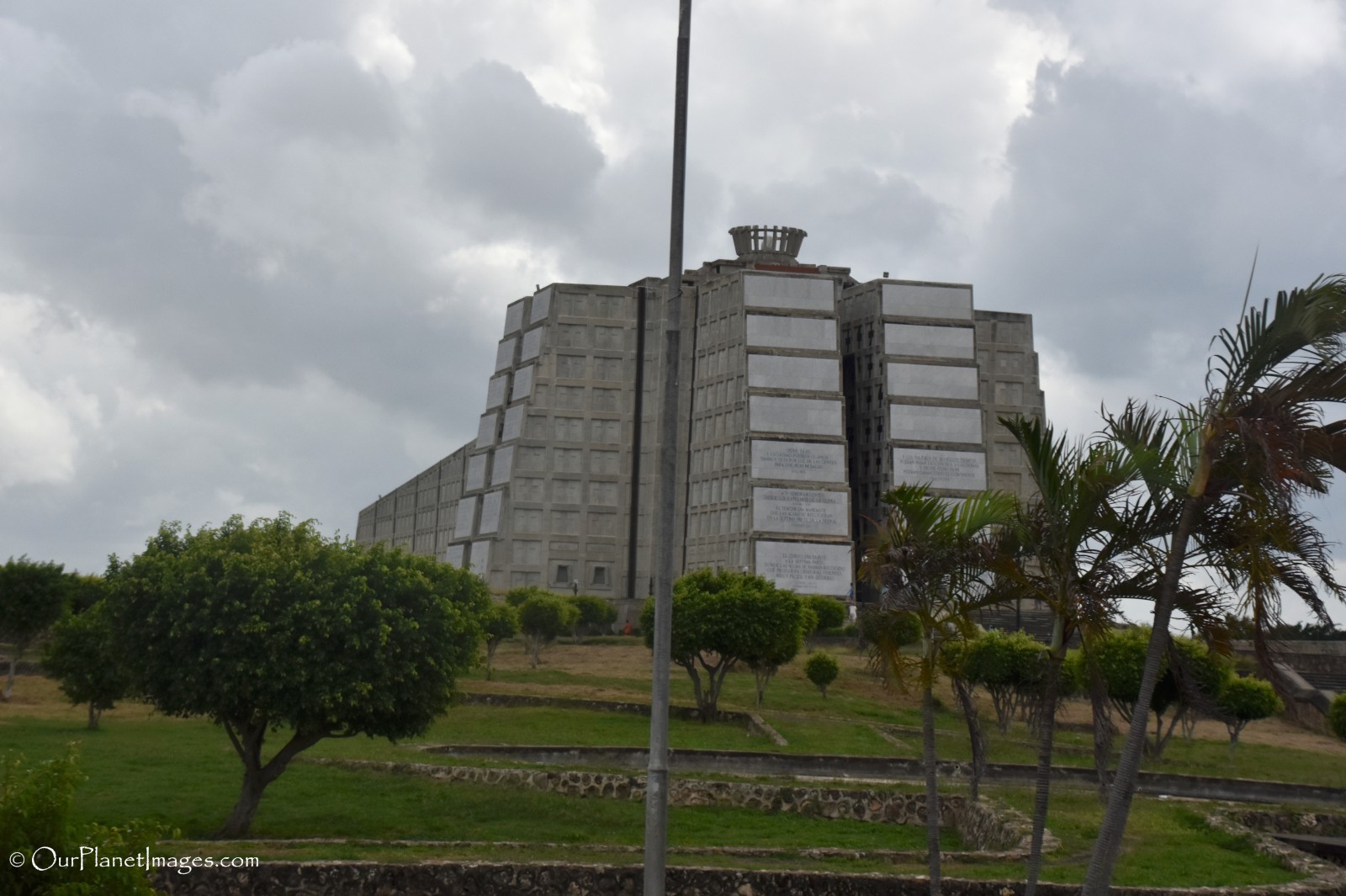 Pope John Paul II spoke during the inauguration of the lighthouse and the words of that message addressed to Latin America are engraved on the side of the lighthouse. The strange car parked just to the right of the message is the car that the Pope rode in. 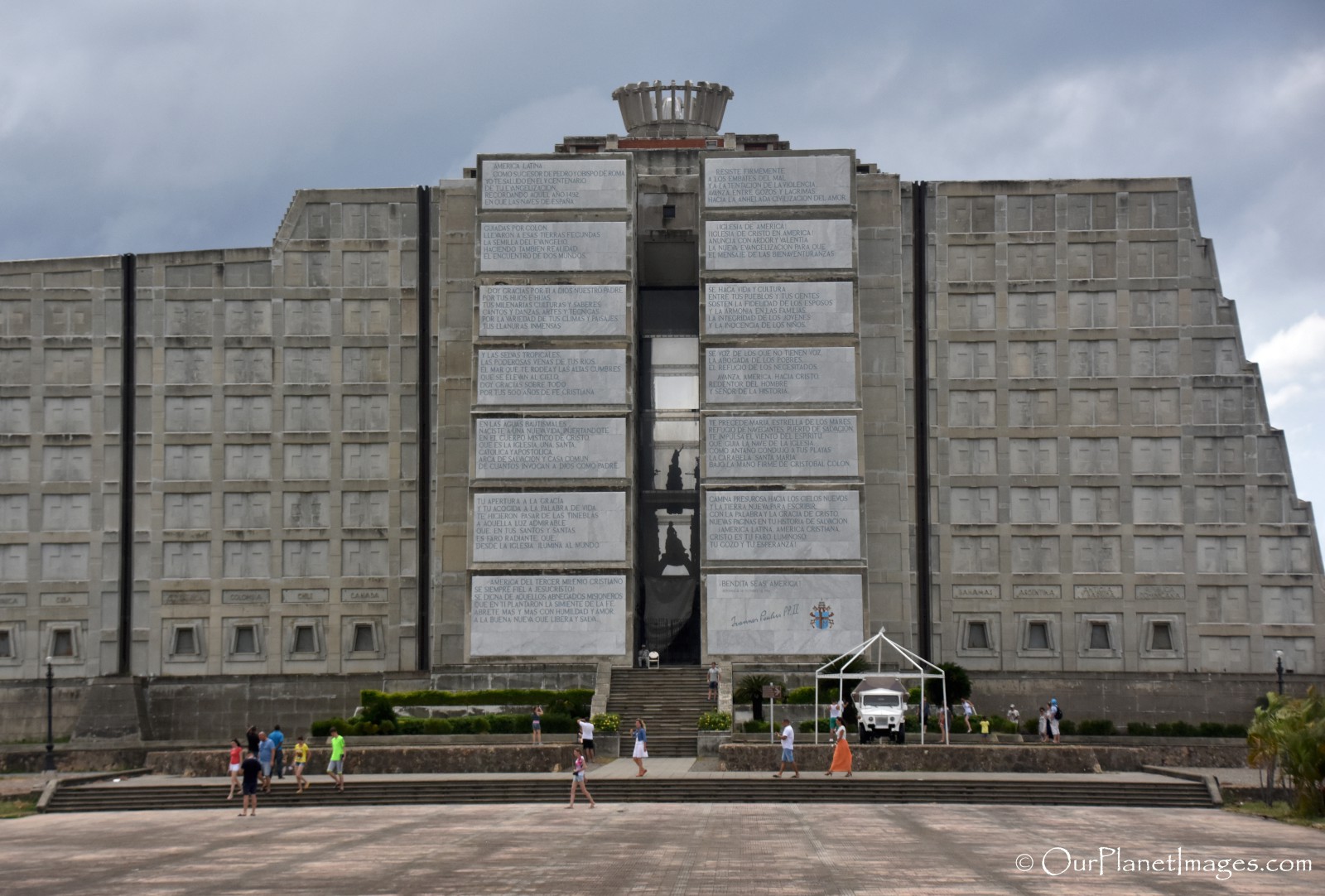 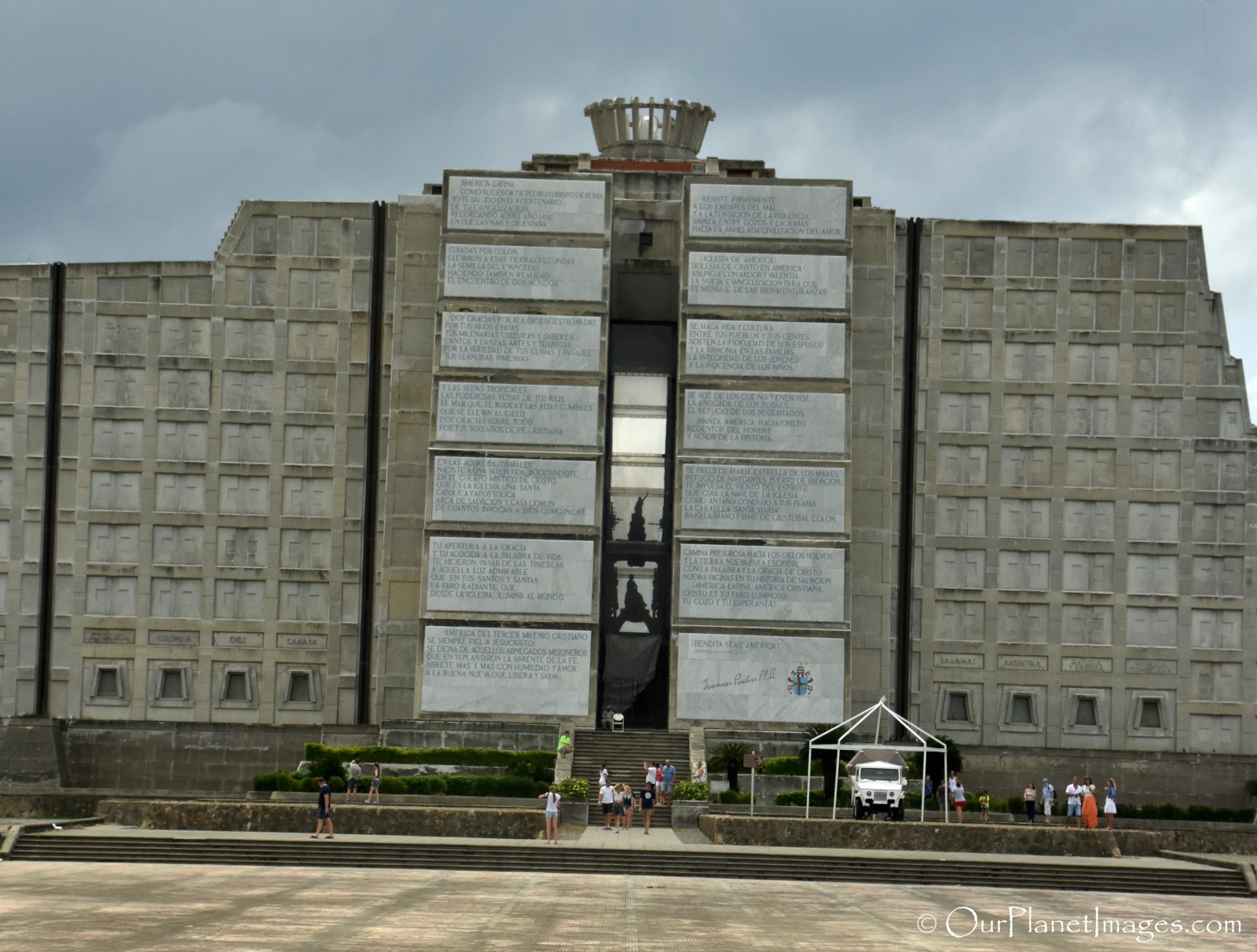 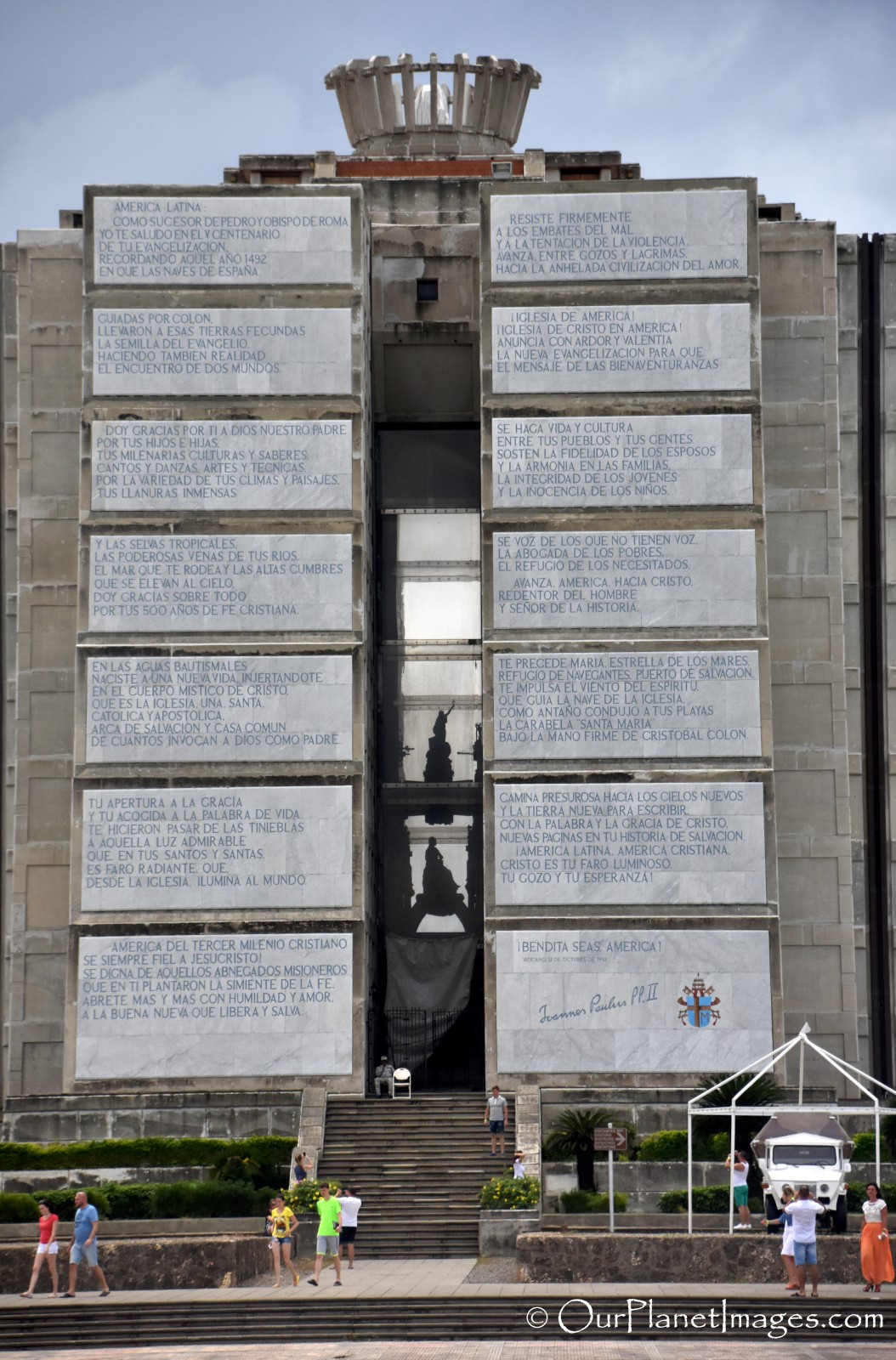 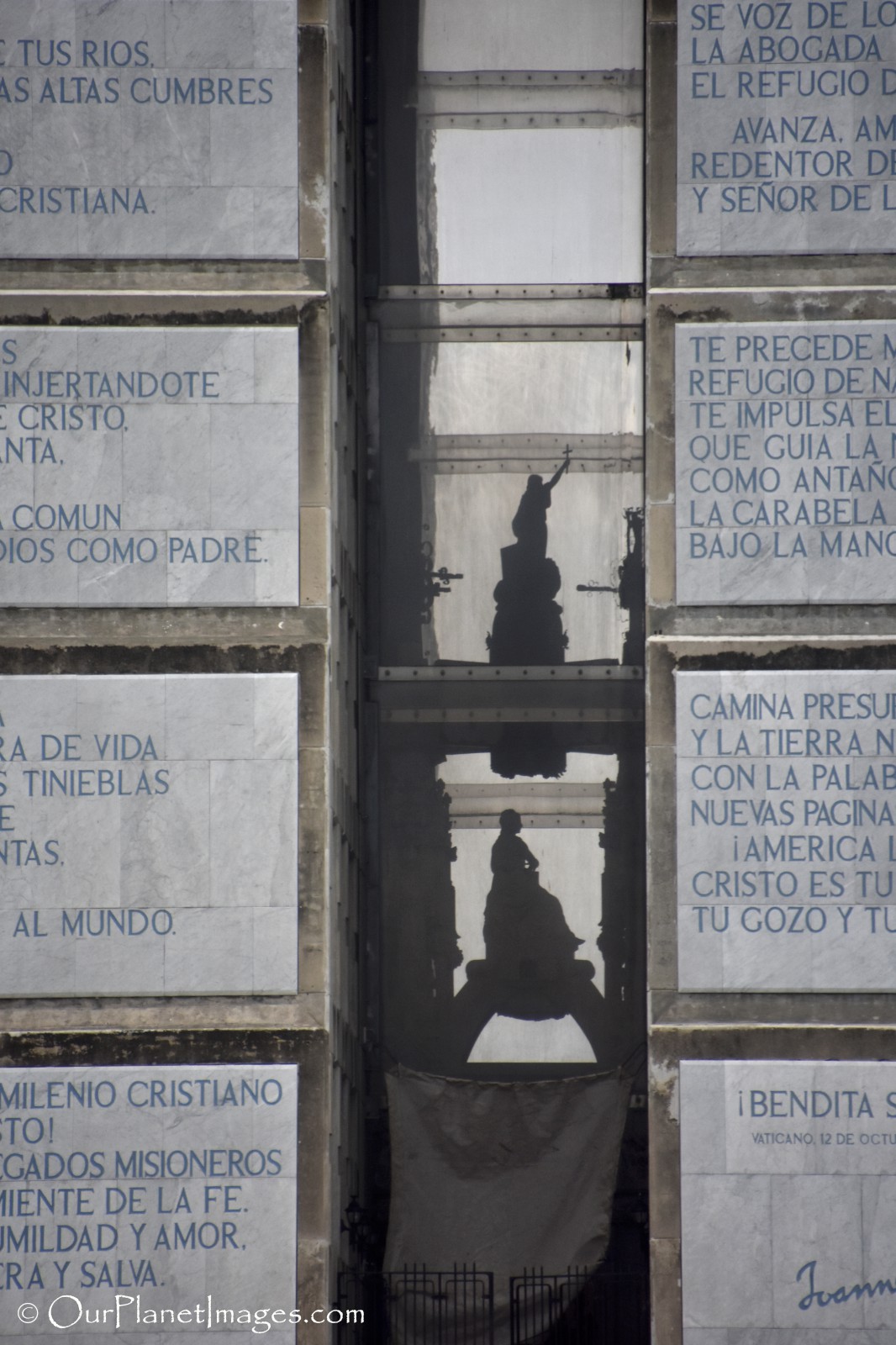 The entrance to the Columbus Lighthouse is at the top of the cross. The engravings on the left side of the entrance are quotes from the Bible and the quotes on the right side are from Plato, Aristotle, and Seneca. 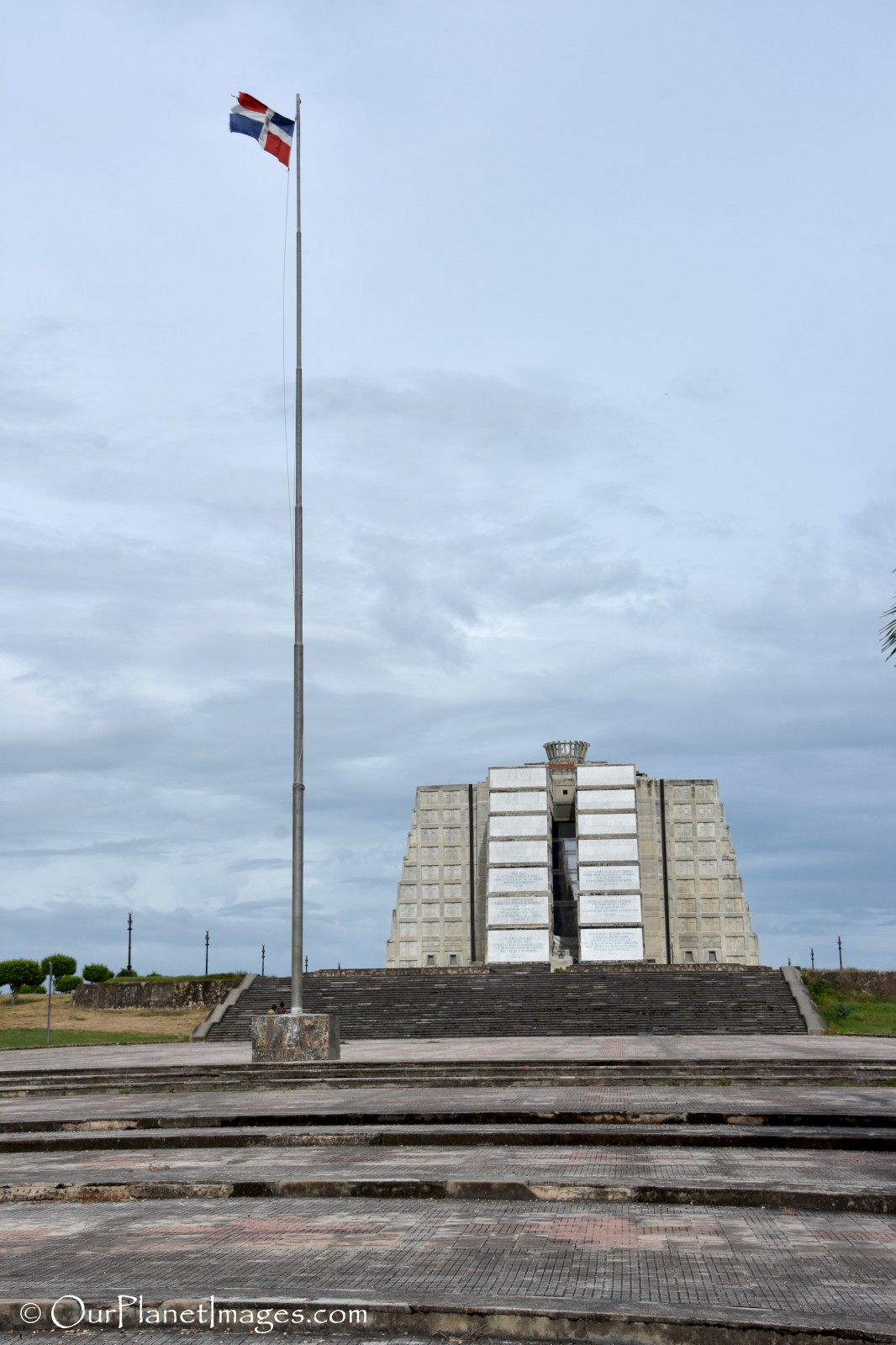 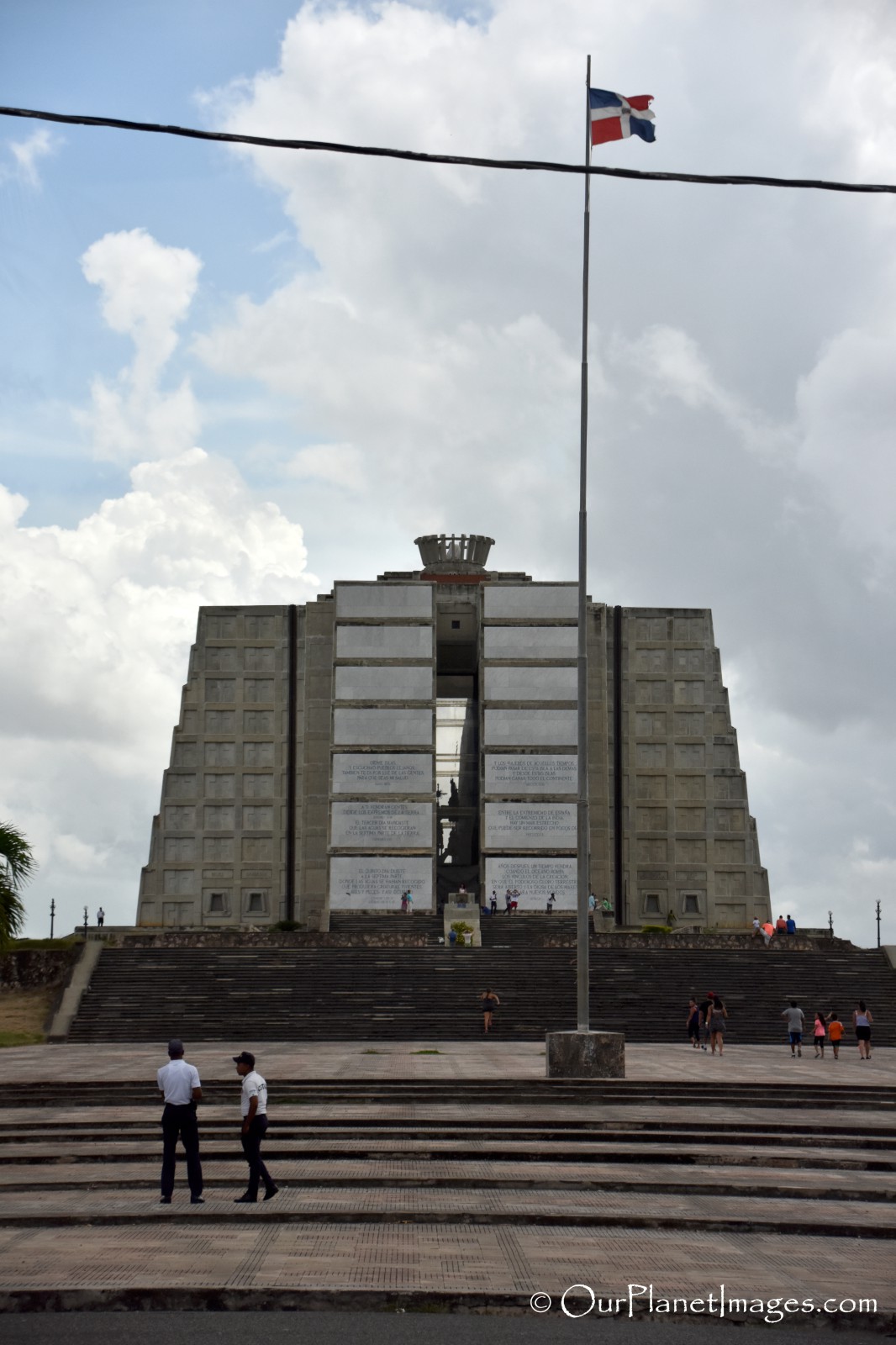 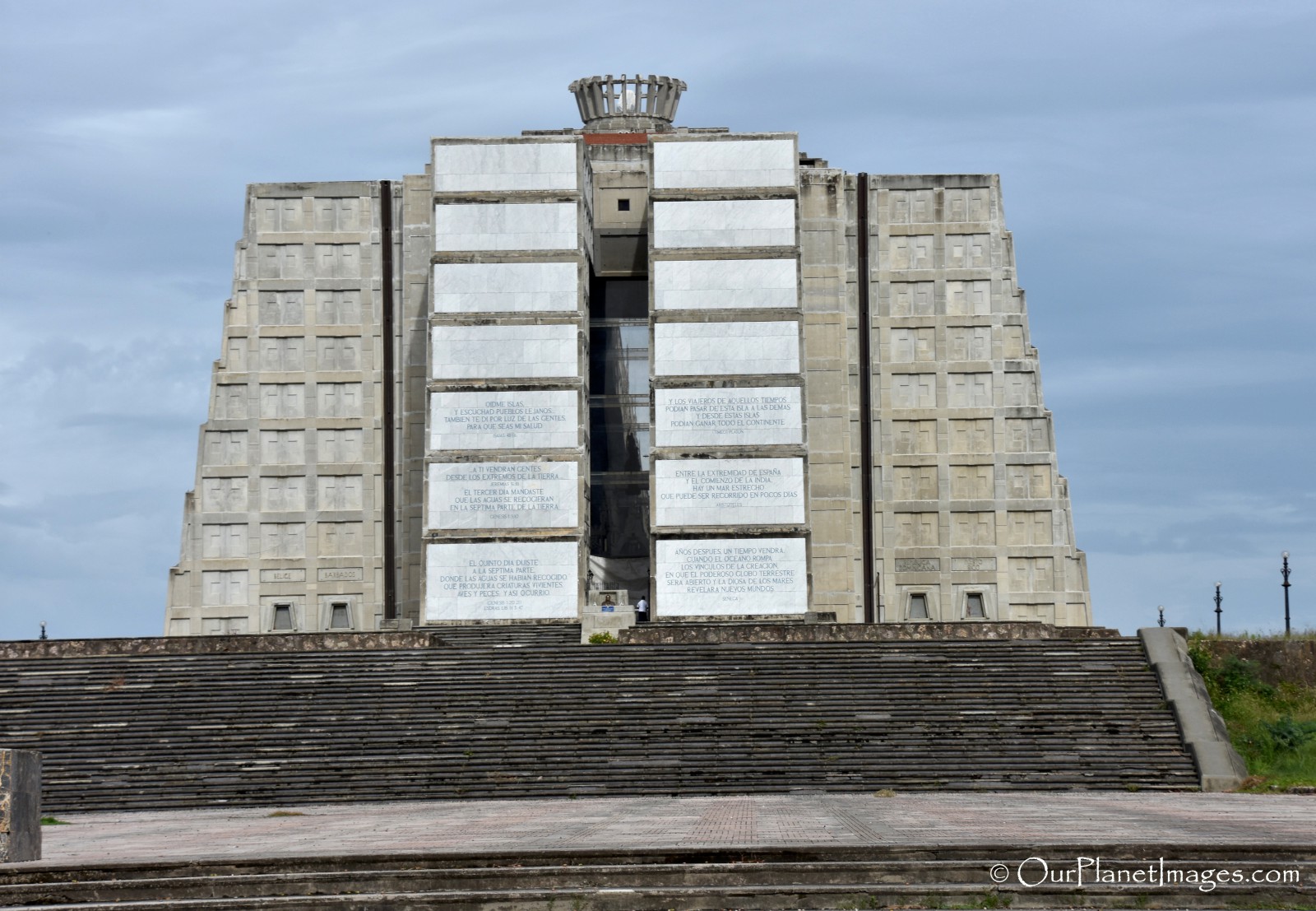 The Columbus Lighthouse obviously doesn’t resemble a traditional lighthouse but it is named because of its powerful lighting system consisting of nearly 150 searchlight beams that project a gigantic cross into the sky.

The lights are only turned on for special occasions so I did not get a chance to see the lighthouse when it was functioning.

Special Note: There is much debate on whether the remains located in the lighthouse are actually of Christopher Columbus. The Seville Cathedral in Spain also claim his remains are located in their church. I will have a post on this cathedral in the future and show the mausoleum that they have built for him.

I am not sure this mystery will ever be solved but I think it is ok for both places to celebrate his contribution to their country.

There is always a risk when vacationing in the Caribbean during hurricane season. Hurricane Matthew was approaching the Dominican Republic during my visit. While it did not directly hit the island, the outer bands of the hurricane continually came ashore bringing high wind and lots of rain. The bad weather limited most of my plans. Not exactly the tropical beach vacation that I expected! 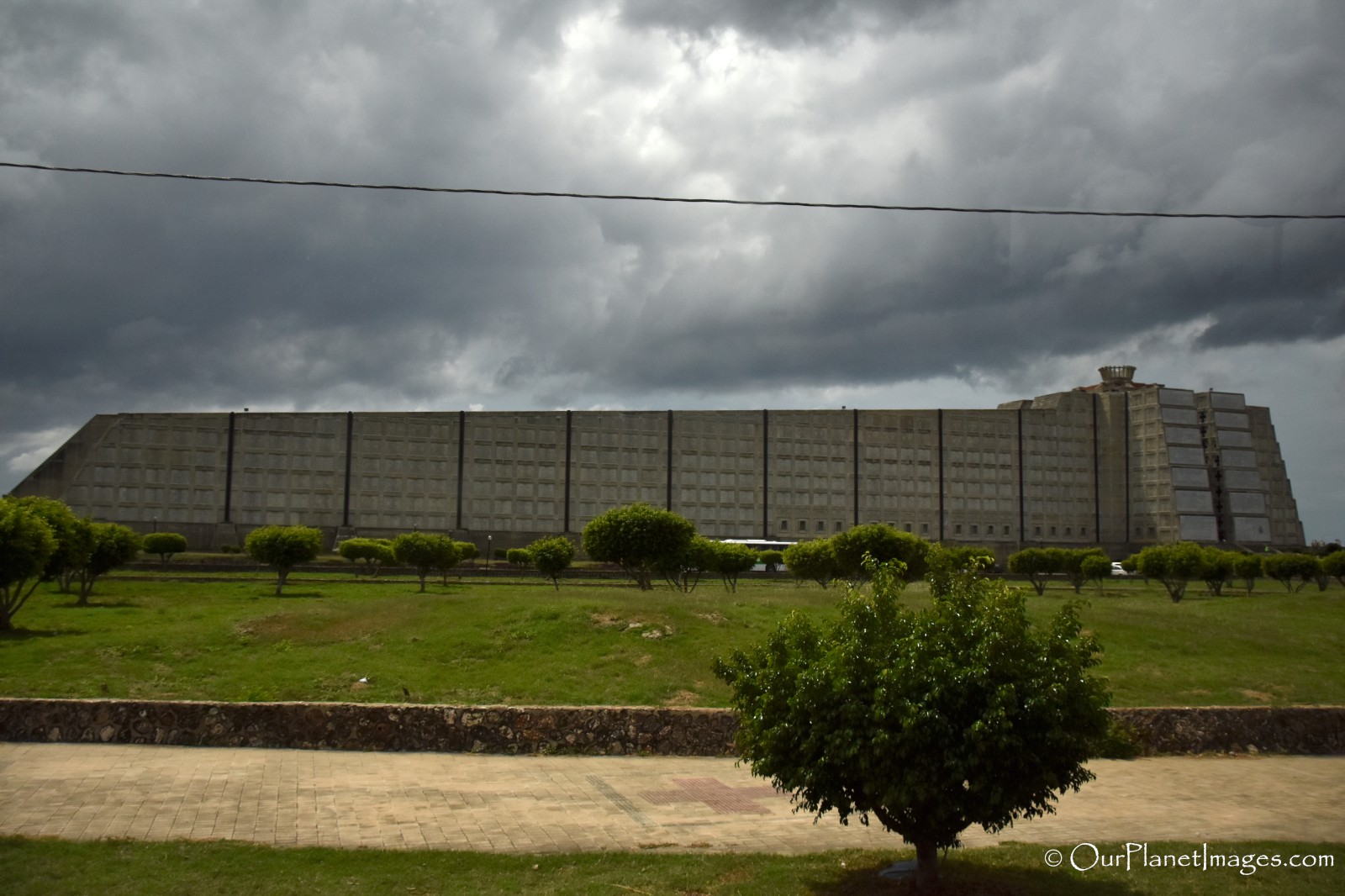 The Columbus Lighthouse is just one of many monuments dedicated to Christopher Columbus. In my travels I have seen statues of him in Barcelona and in Columbia (a country that is named after him). The port city of Funchal on the island of Madera in Portugal has a functioning replica of Columbus’ flagship the Santa Maria and as mentioned before there is a second mausoleum dedicated to him in Seville, Spain.

There is much controversy about Christopher Columbus but there is no doubt that he was one of the world’s most famous explorer.

It is easy to find faults to criticize about almost anyone, I try to look for the admirable qualities that enabled famous people to accomplish their achievements. 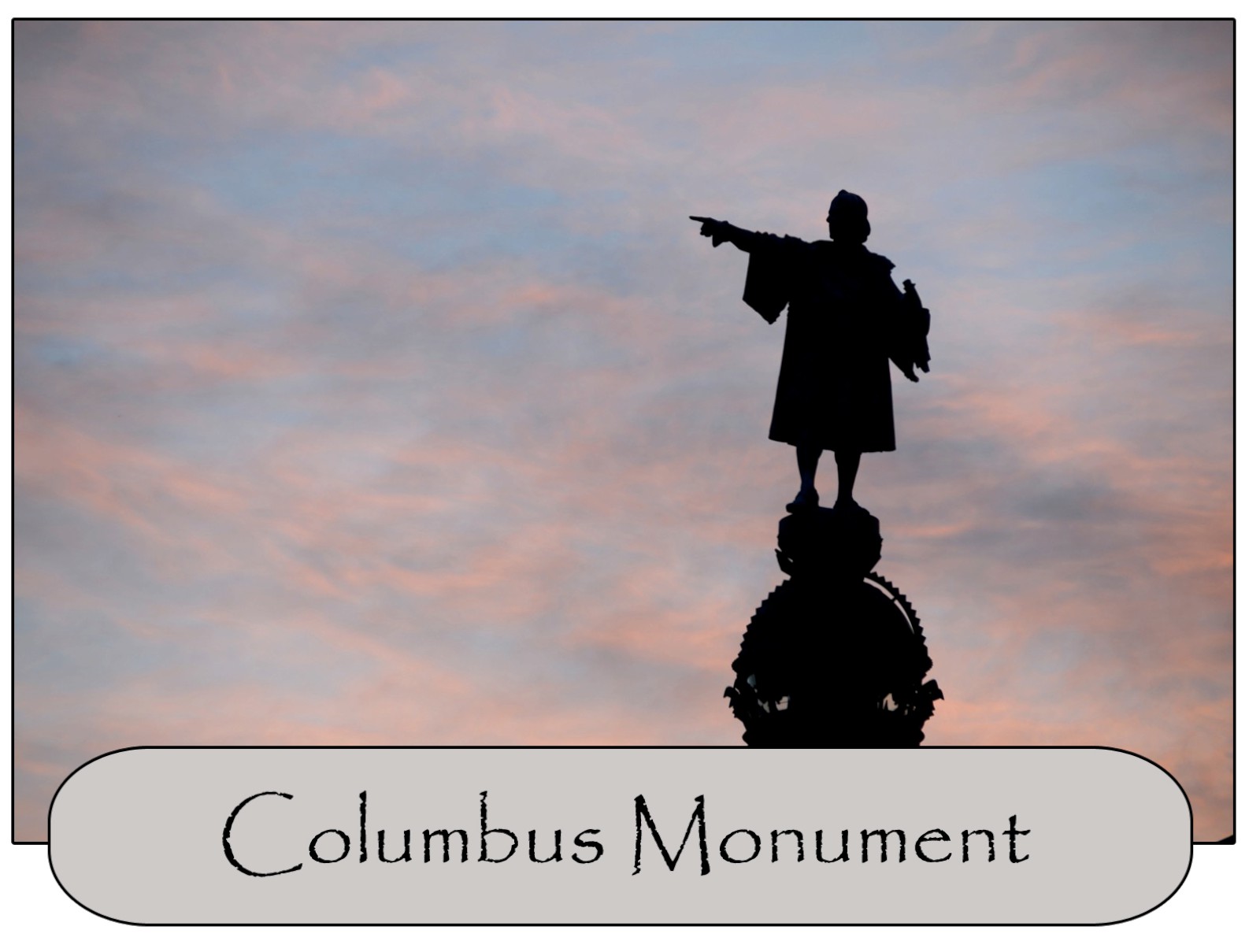