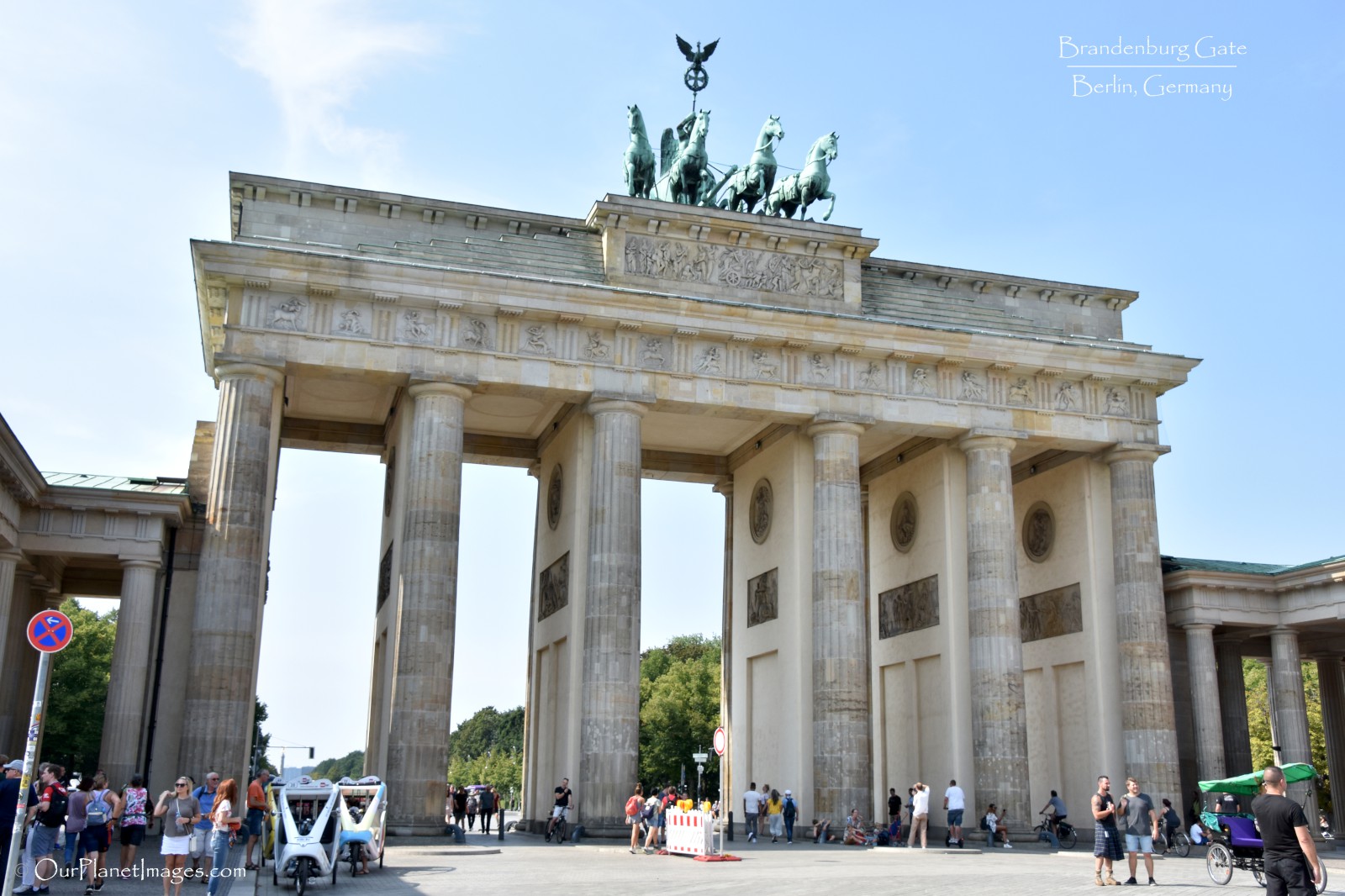 Brandenburg Gate is Berlin’s most famous landmark. It was built between 1788 and 1791 to enhance the entrance into the Boulevard Unter den Linden and is the only surviving gate of the 18 previous city gates.

The gate is designed in classical Greek architecture and was inspired by the entrance of the Acropolis in Athens. The resemblances to that gate include the Doric style columns and temples on each side of the gate which can be seen in the two photos below. 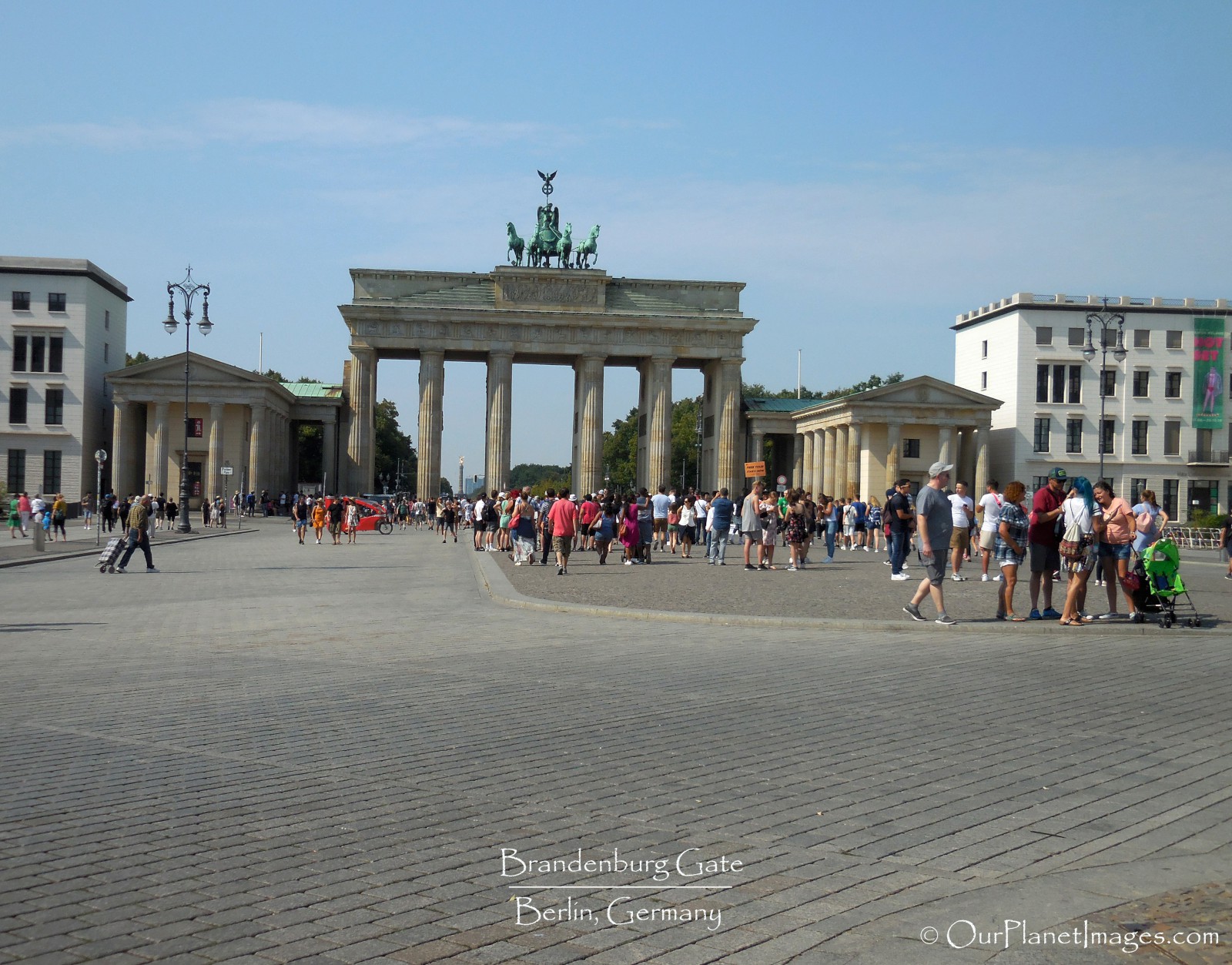 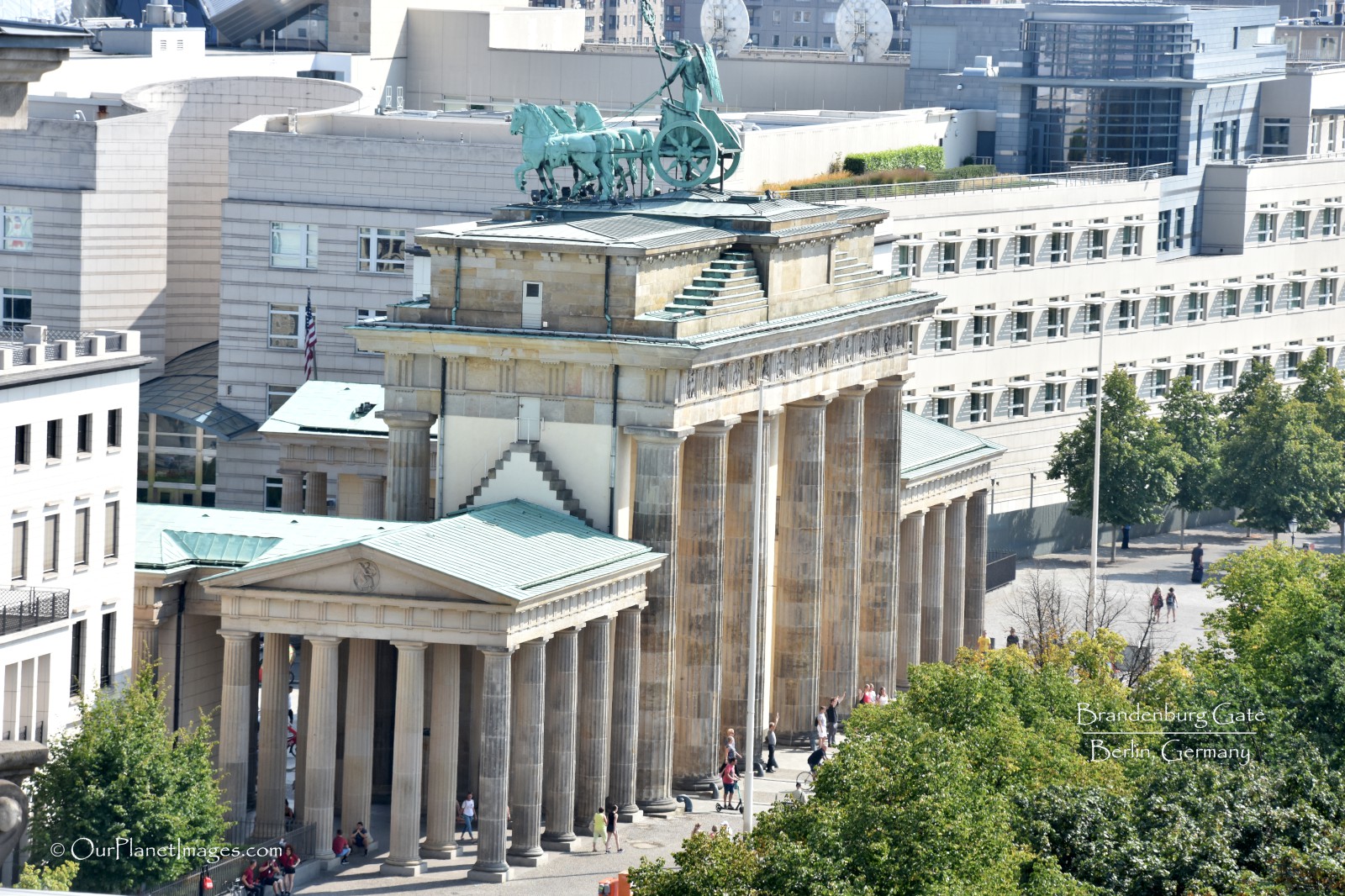 The following 2 photos provides a view of the gate from the front and back. 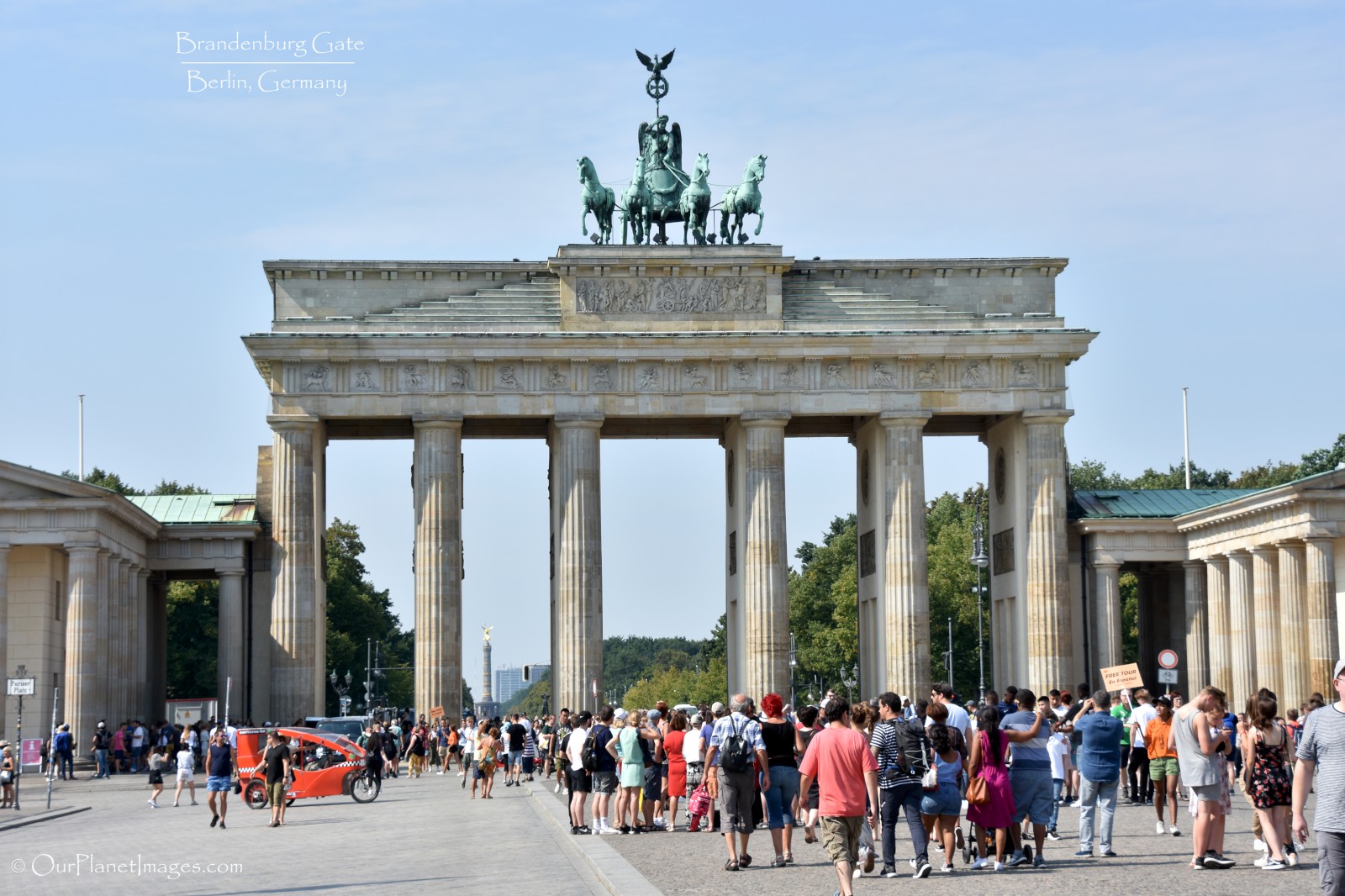 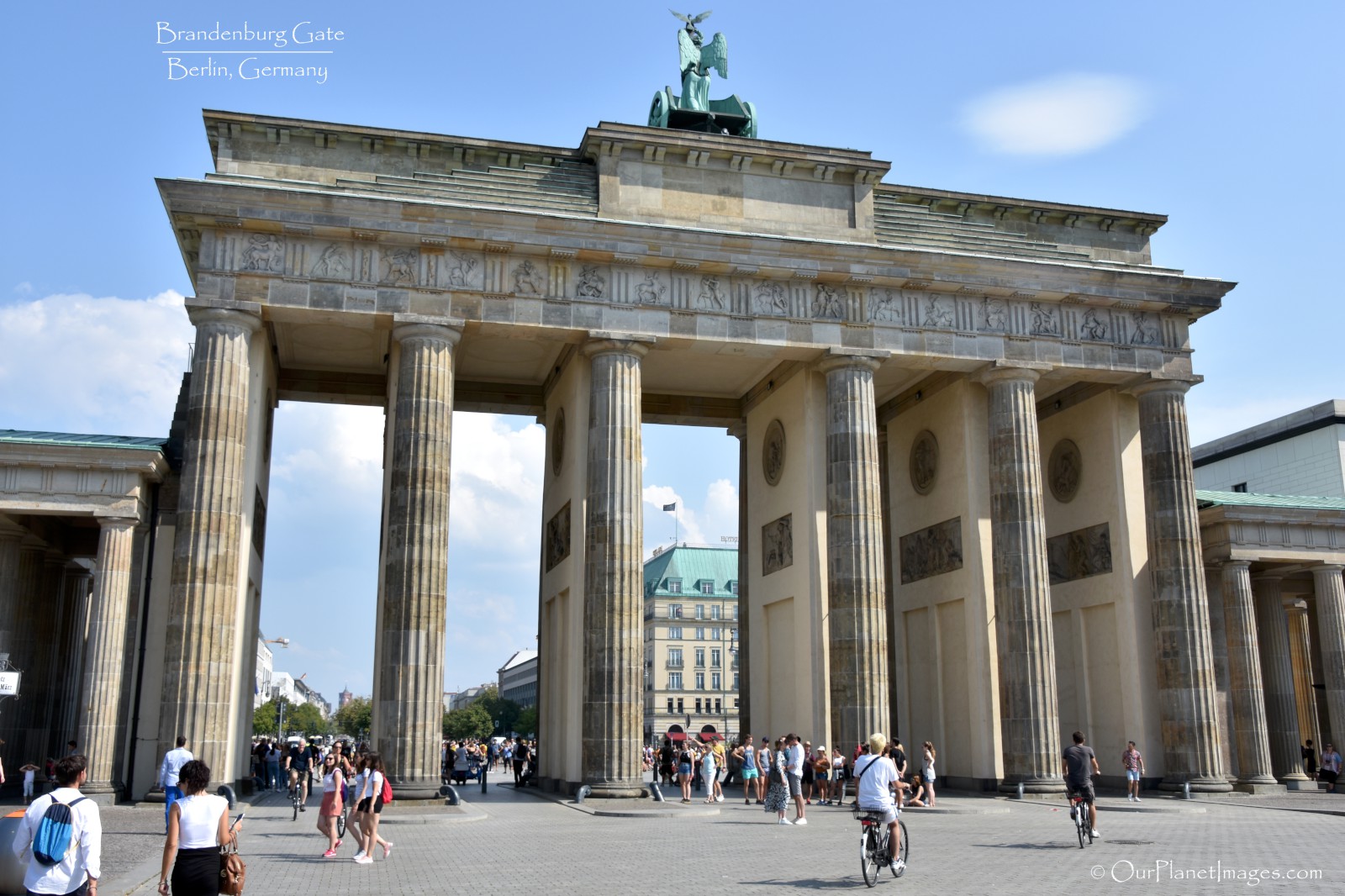 One of the most intriguing parts of the monument is the bronze sculpture of and angel in a chariot being pulled by four horses that crowns the gate. Originally, the statue was a depiction of Eirene (the goddess of peace) which included a scepter of leadership and a wreath of olive leaves. In the early 1800s the sculpture was goddess was refashioned by placing the iron cross inside the wreath and topping it with the Prussian Black Eagle. After these changes the goddess no longer represented the goddess of peace but the goddess of victory. 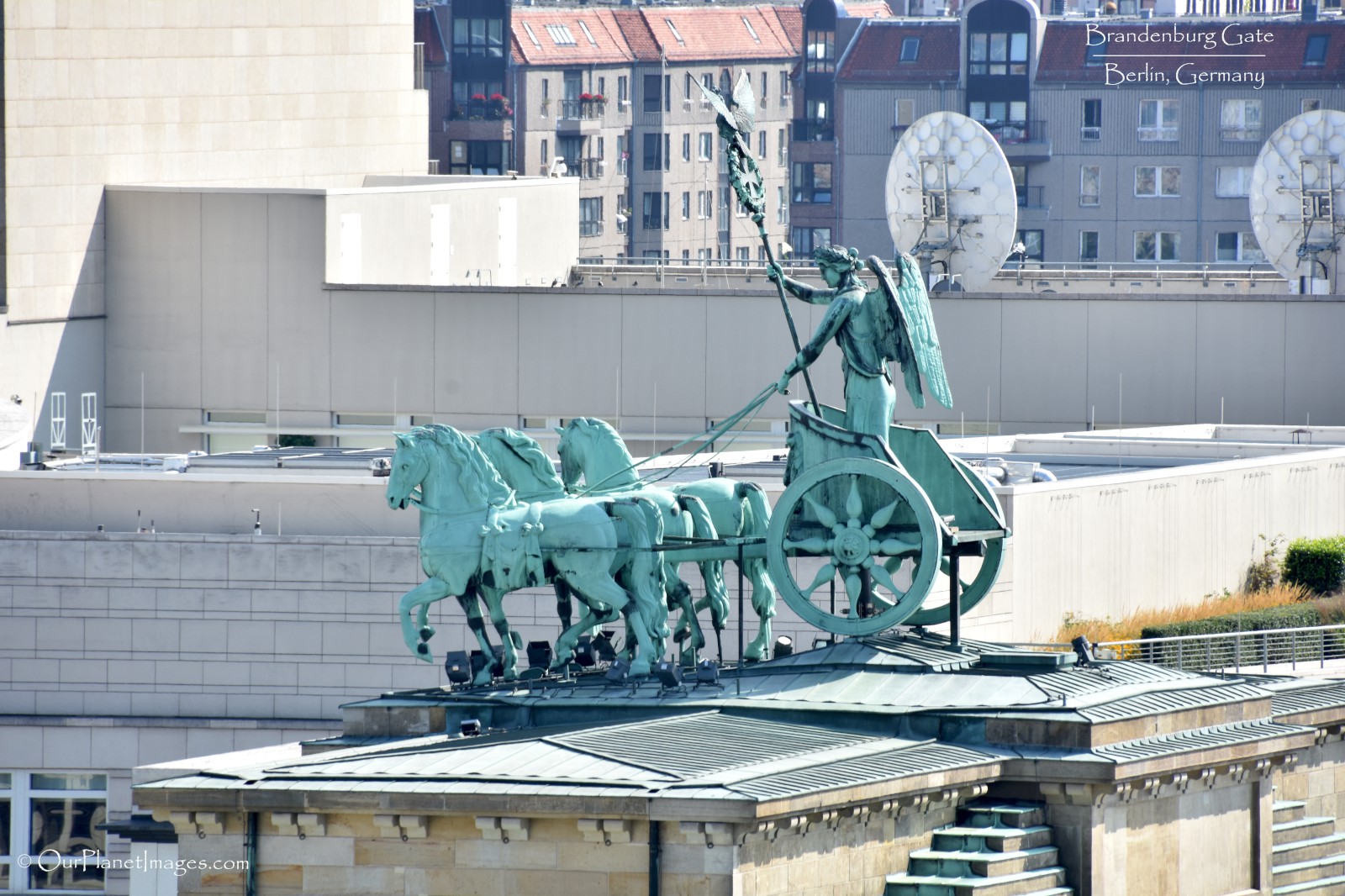 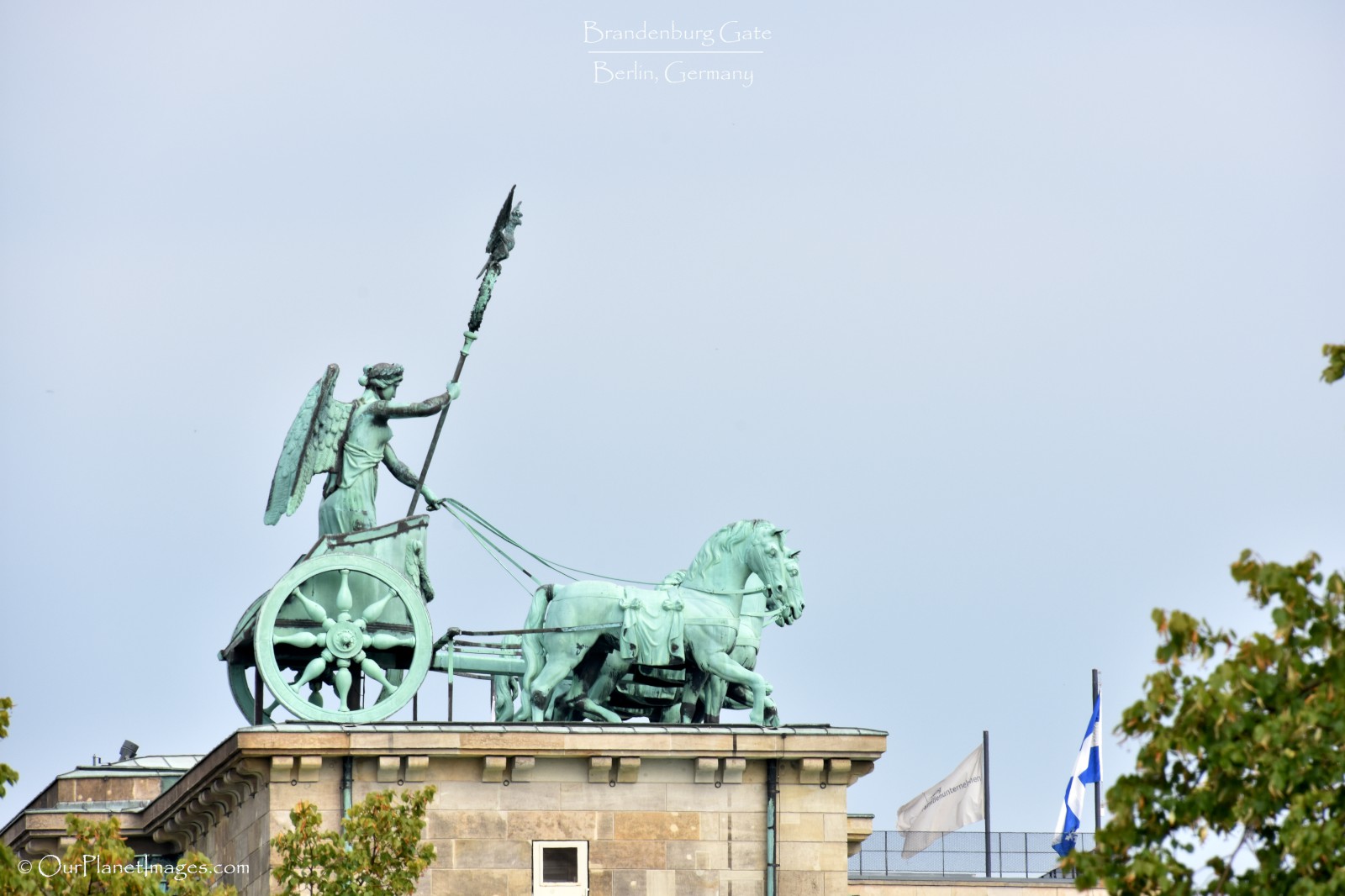 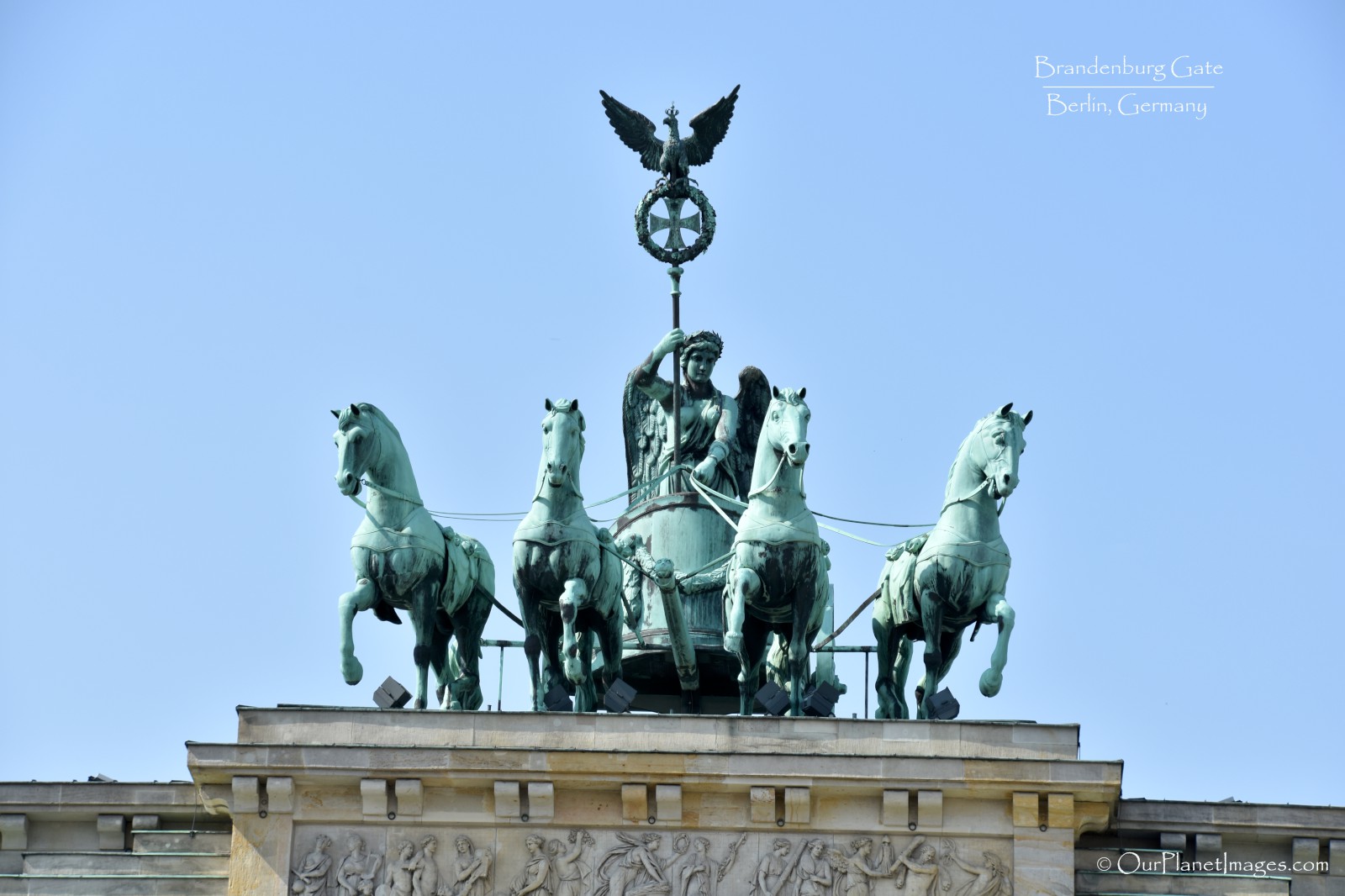 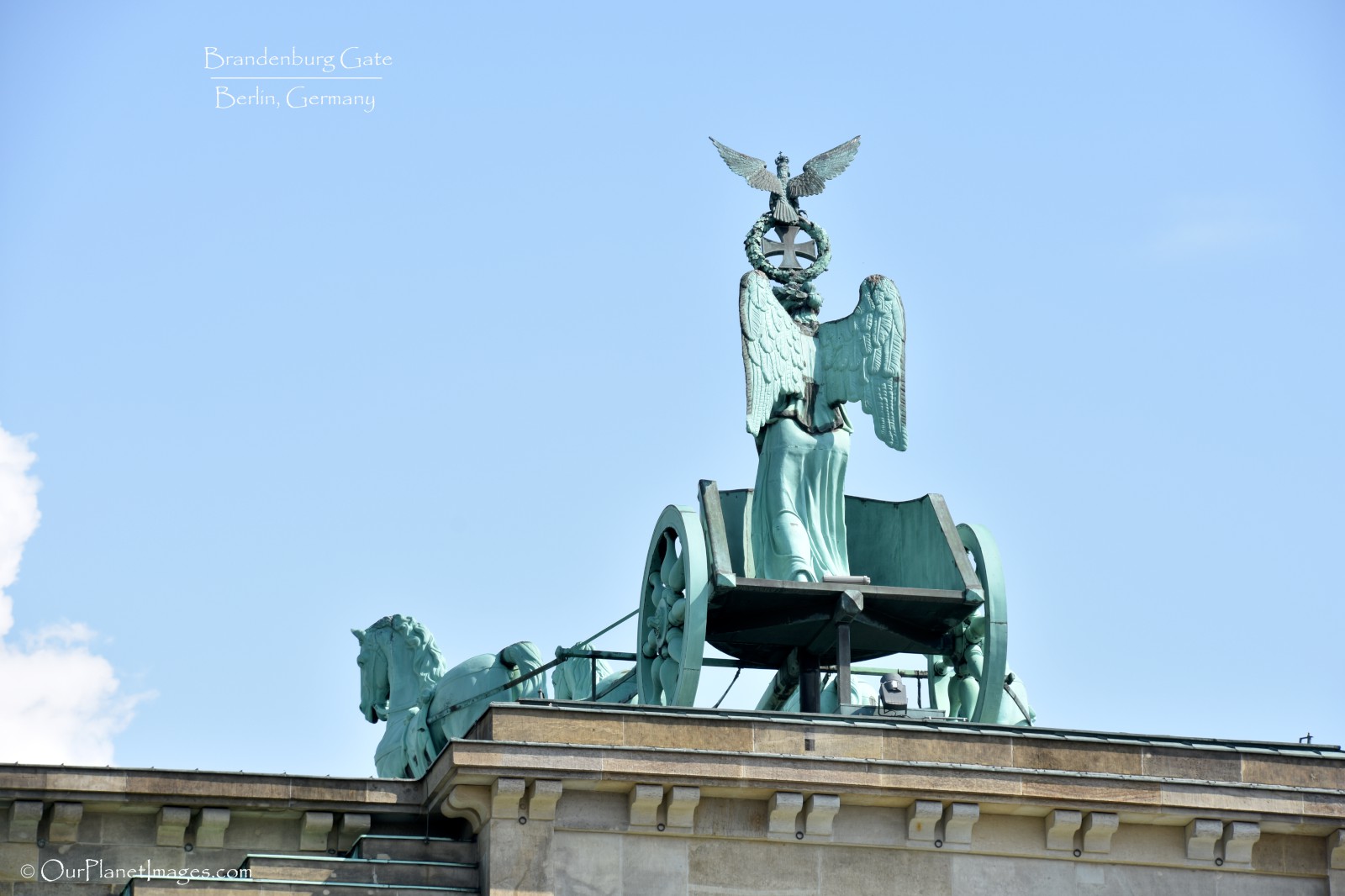 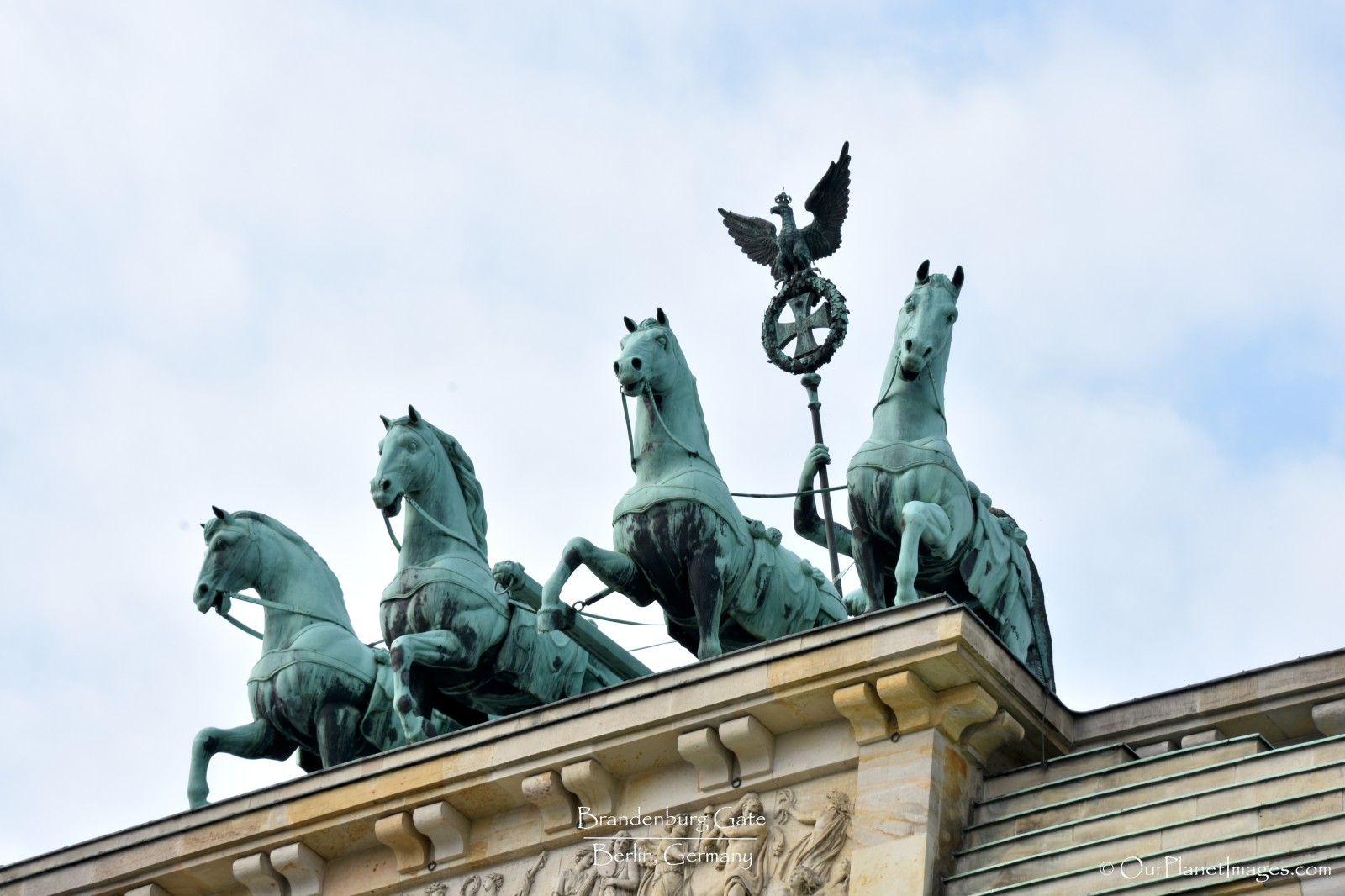 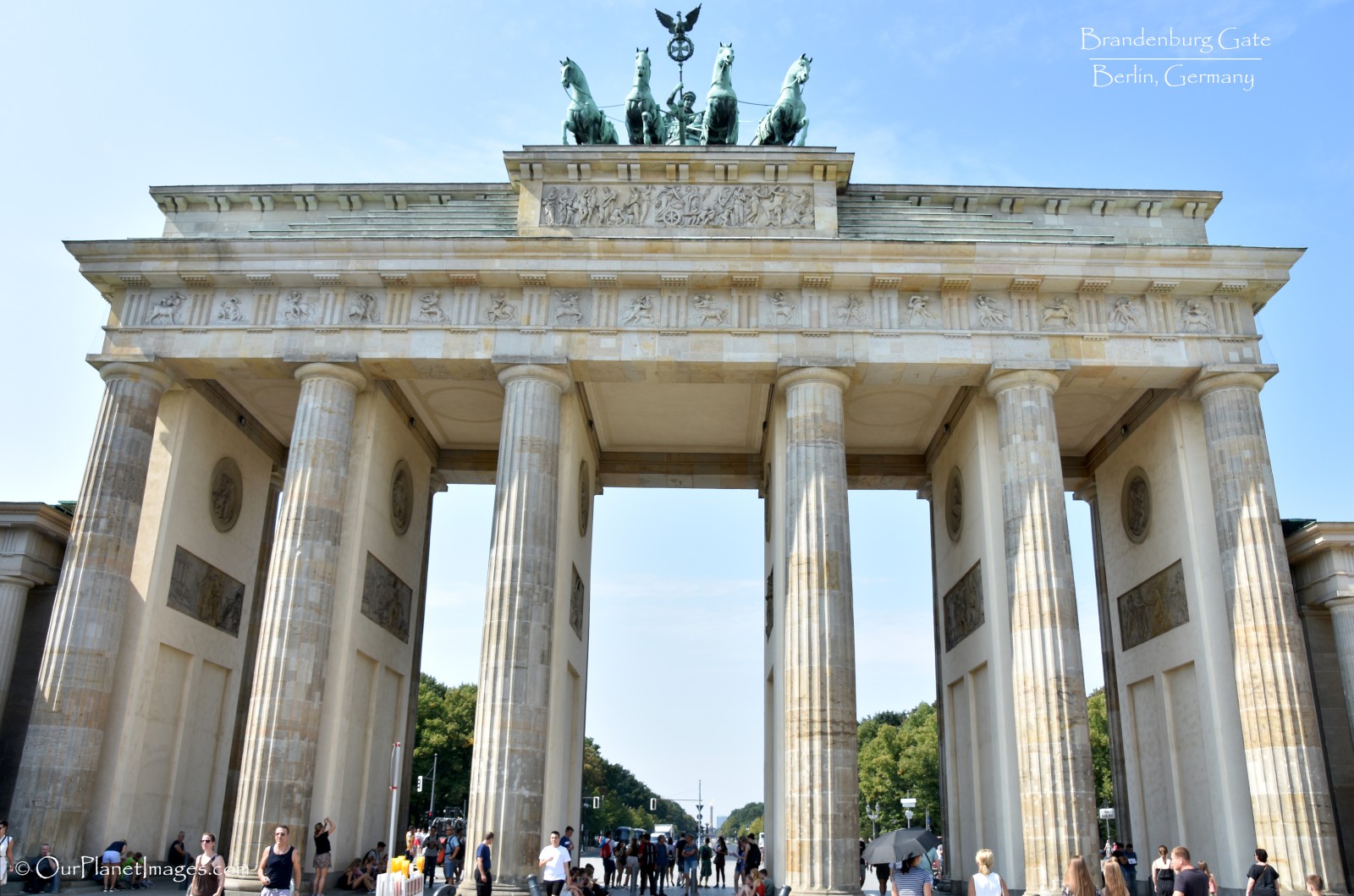 The panel below the bronze sculpture is a scene that depicts the goddess Eirene surrounded by people that symbolize friendship, joy, arts and sciences. 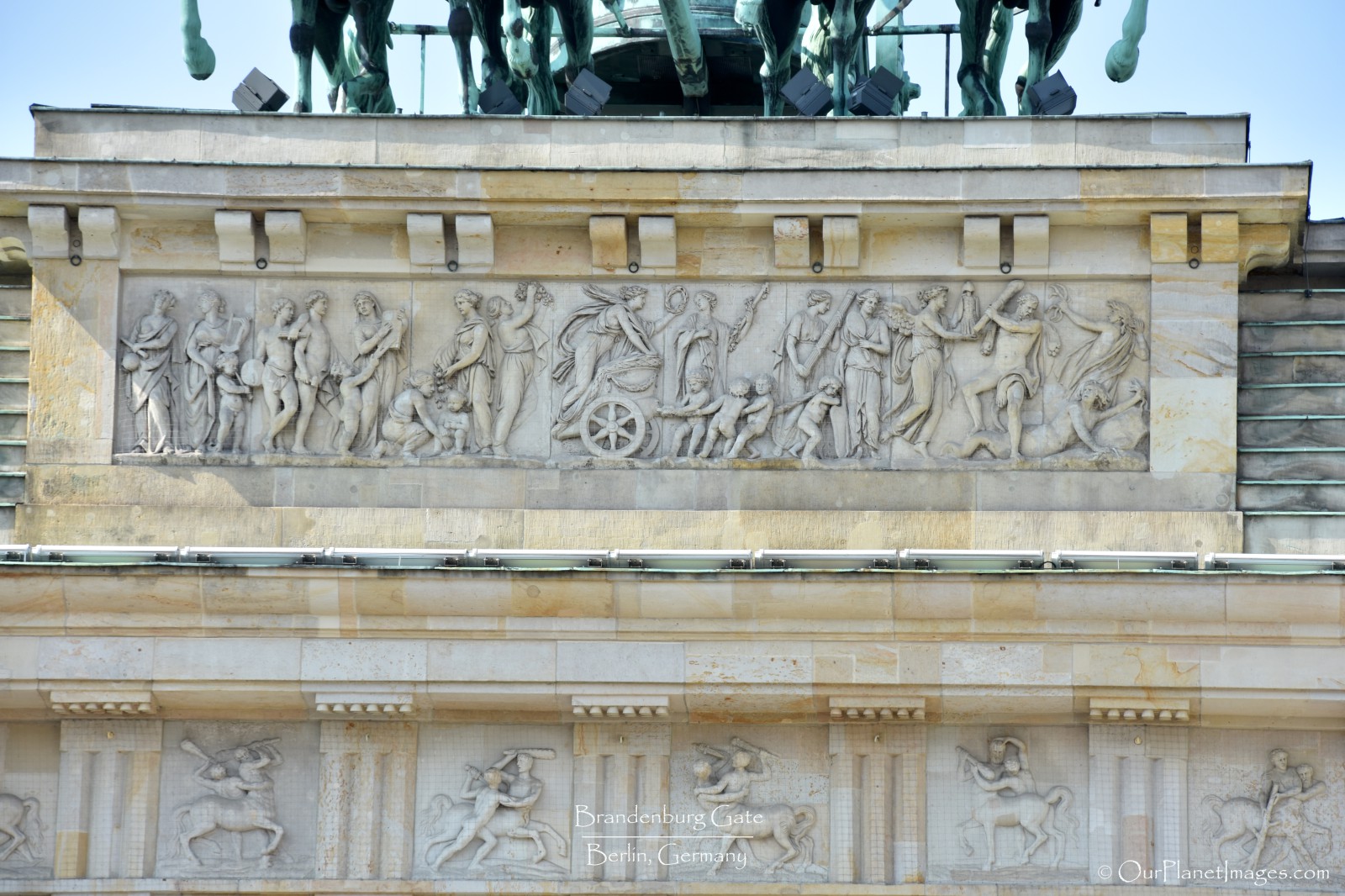 Between each of the six sets of columns are panels with reliefs near the top show scenes that depict the many difficult labors of Hercules. In ancient Greece, the scenes were meant to celebrate the Athenians victory over the Persians but for the people in 18th century Germany these images represented strength and persistence. 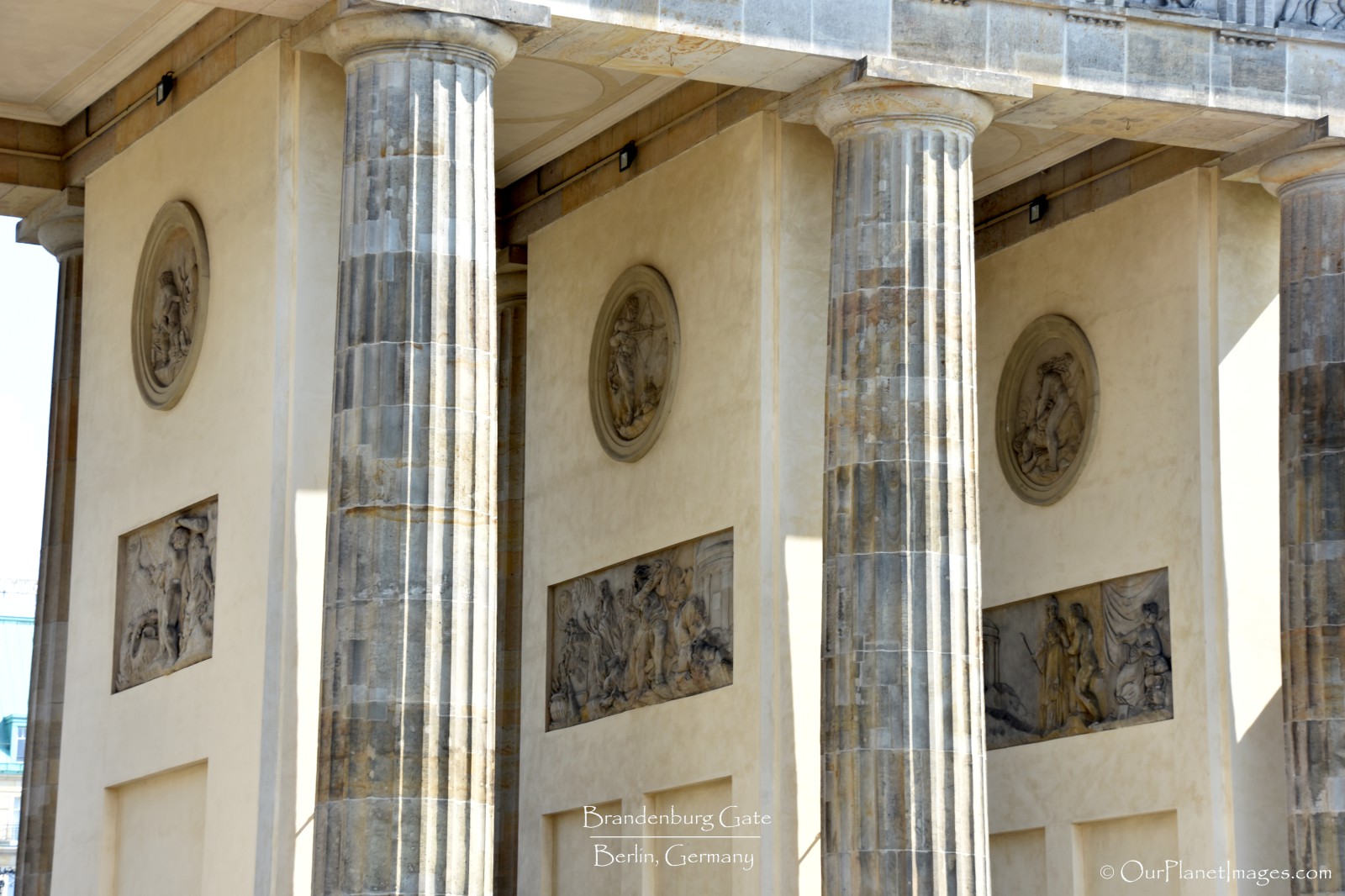 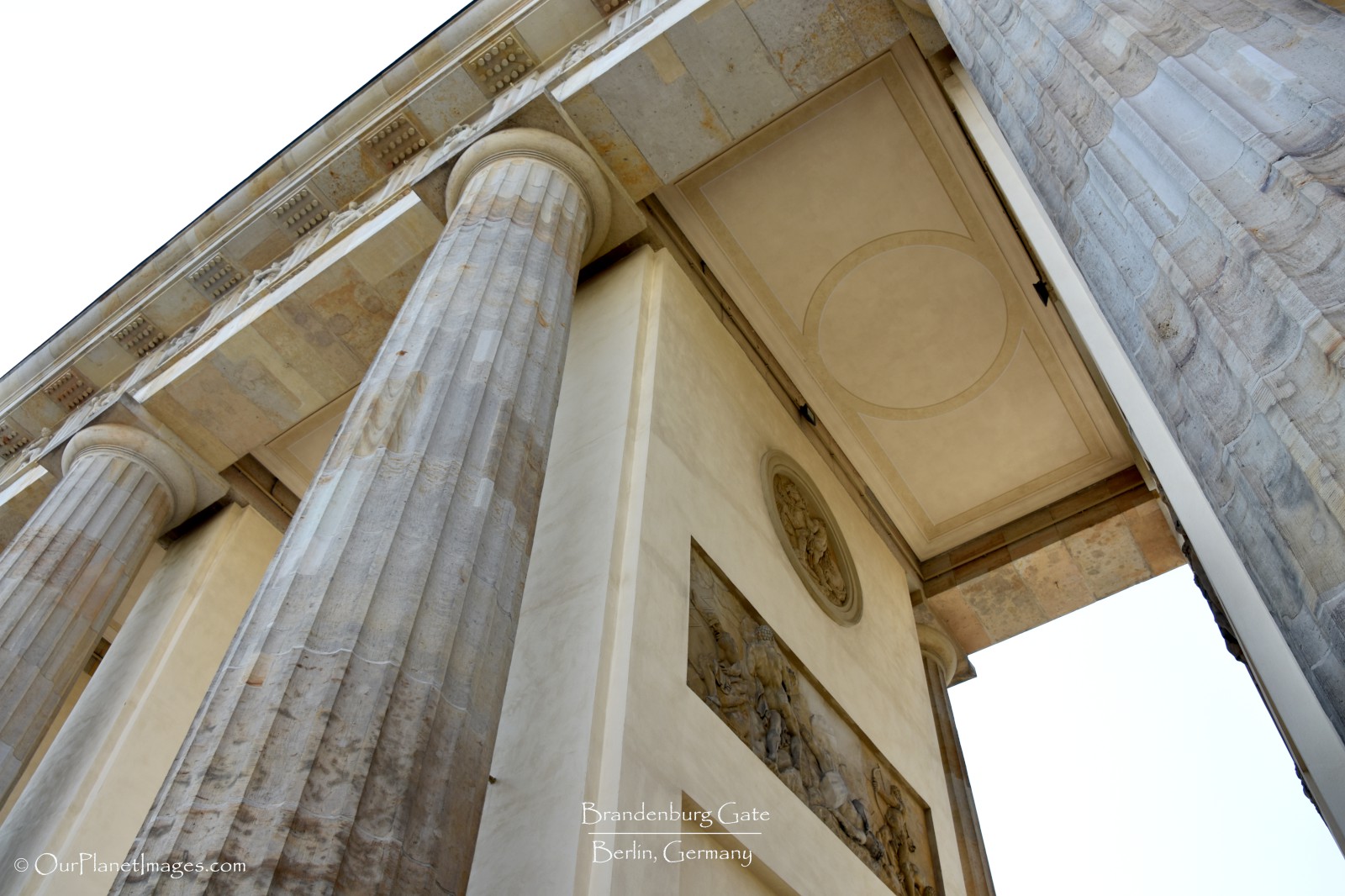 The Brandenburg Gate is one of the most popular tourist attractions and the area around the gate is always busy both during the day and at night. During the day there is almost always several tour groups huddled around the tour guide, street entertainers playing music and at night it is a common place for groups of young people to just sit and hang out. 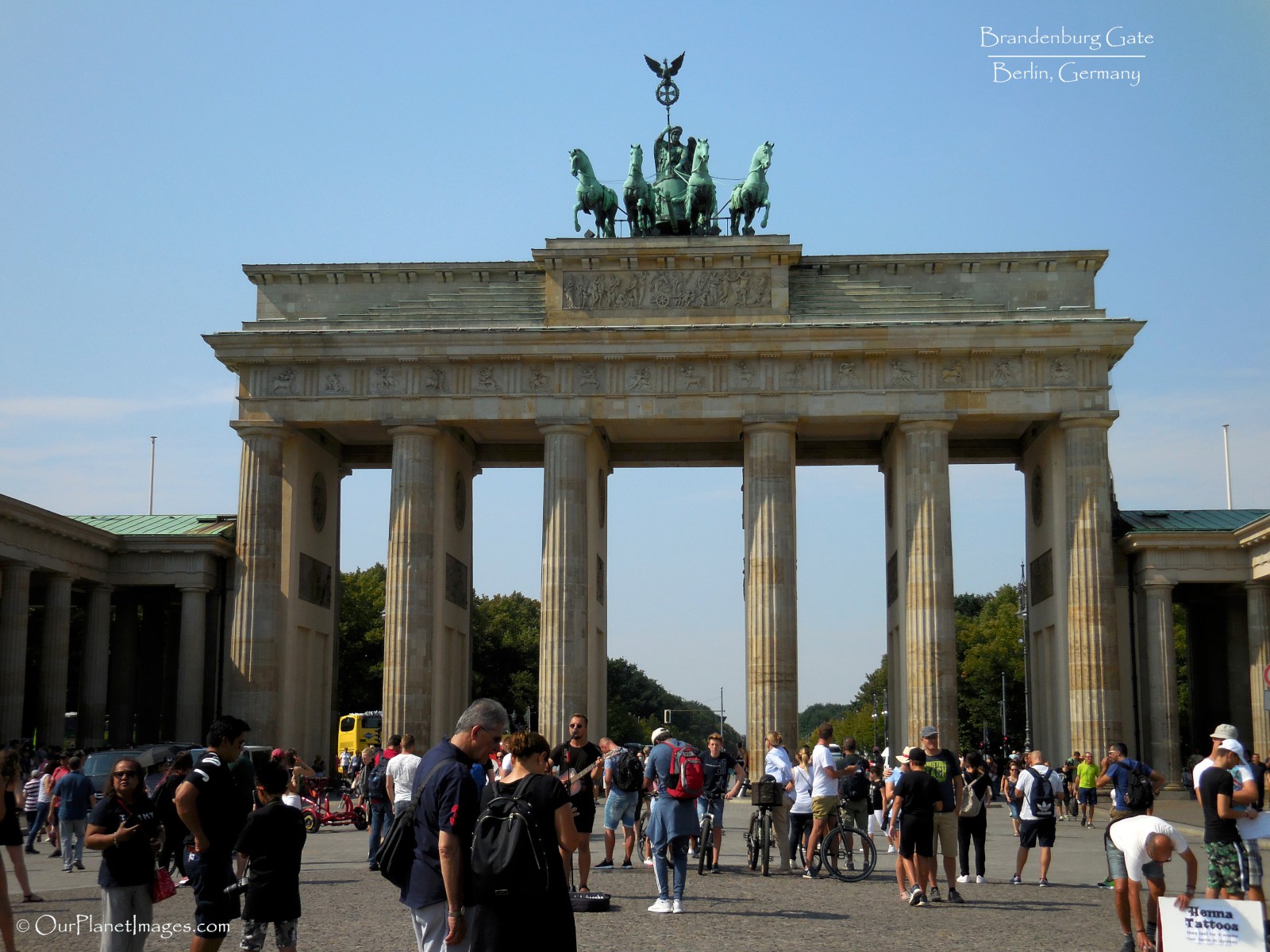 At night Brandenburg Gate is well lit and brightly light sandstone makes a striking image with the contrasting black of the night sky. Most times I try to photograph tourist attractions without people in the picture. The Brandenburg Gate seems to be almost always busy and for the photos below I think the shadowed image of the people and the streaked lights from the bicycles enhances the photo. 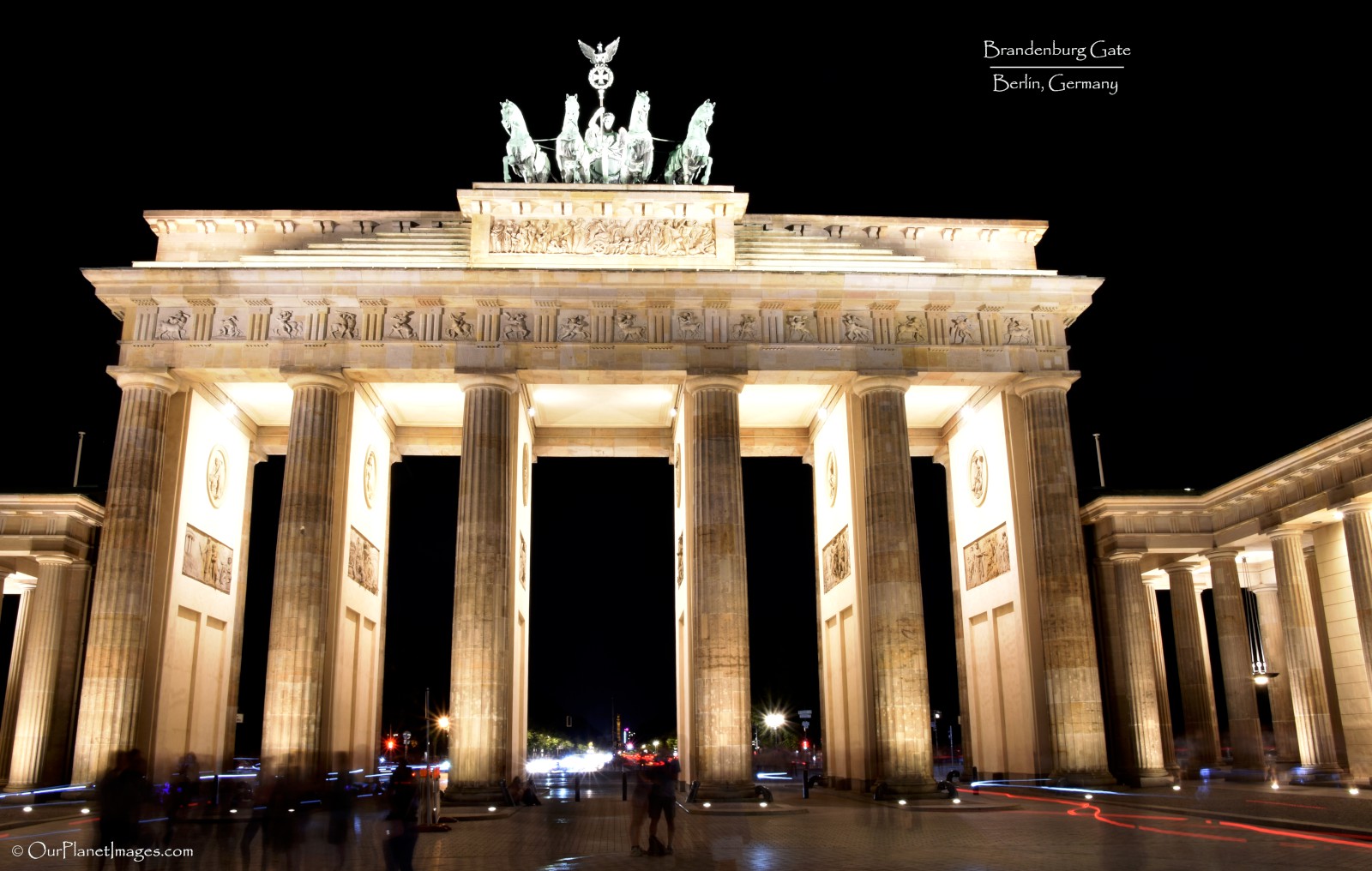 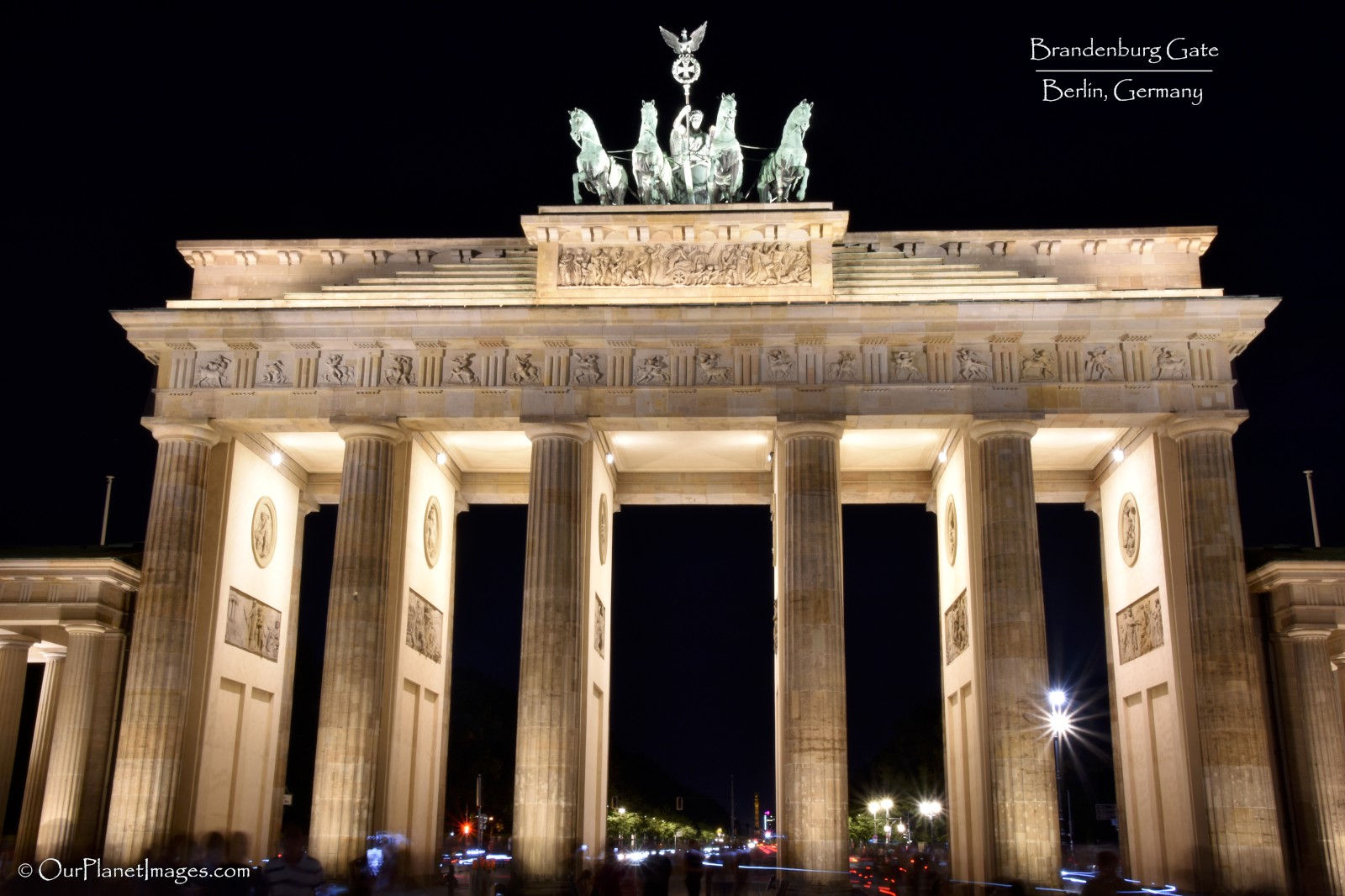 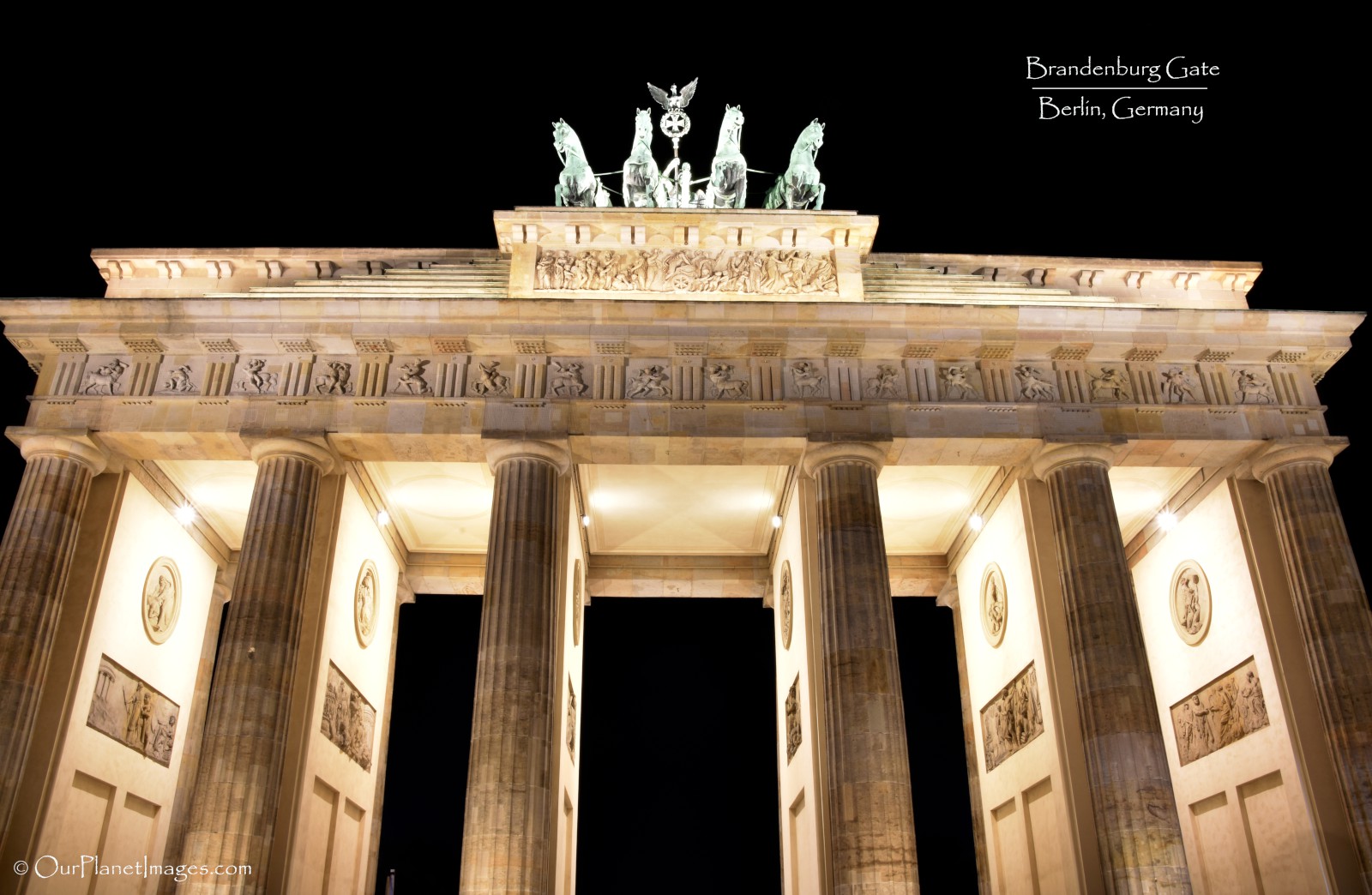 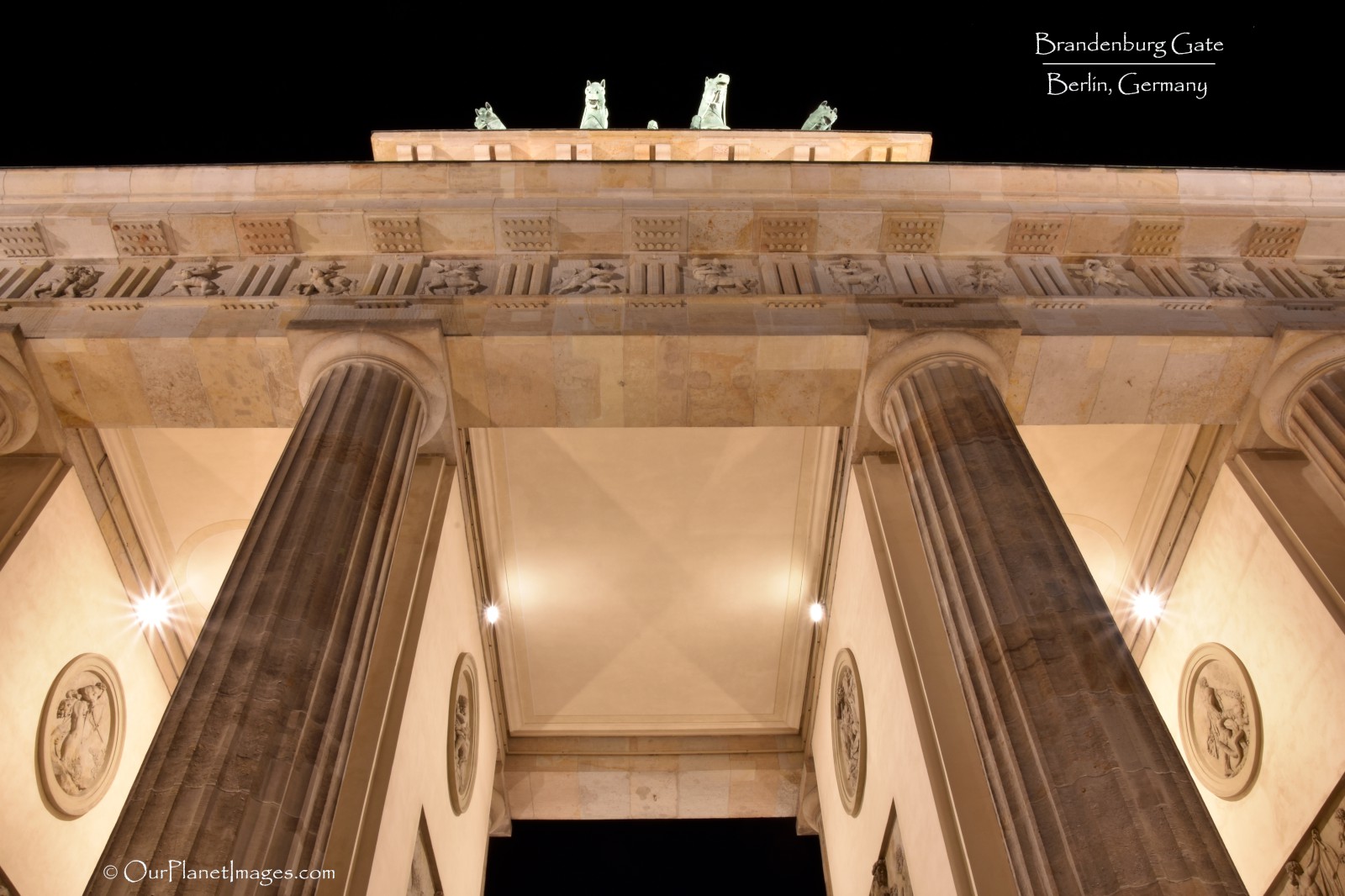 I consider myself to be fortunate to be able to visit many famous places and see firsthand places of historical significance and the Brandenburg Gate is one of those places.

The historical significance associated with many places that I visit happened long before my life time but I have vivid memories associated with the Brandenburg Gate. While the Brandenburg Gate is over two hundred years old and it has represented several different symbols throughout its history, for me it is a symbol of reunification. Walking around the gate brought back memories of people coming together that had been separated. 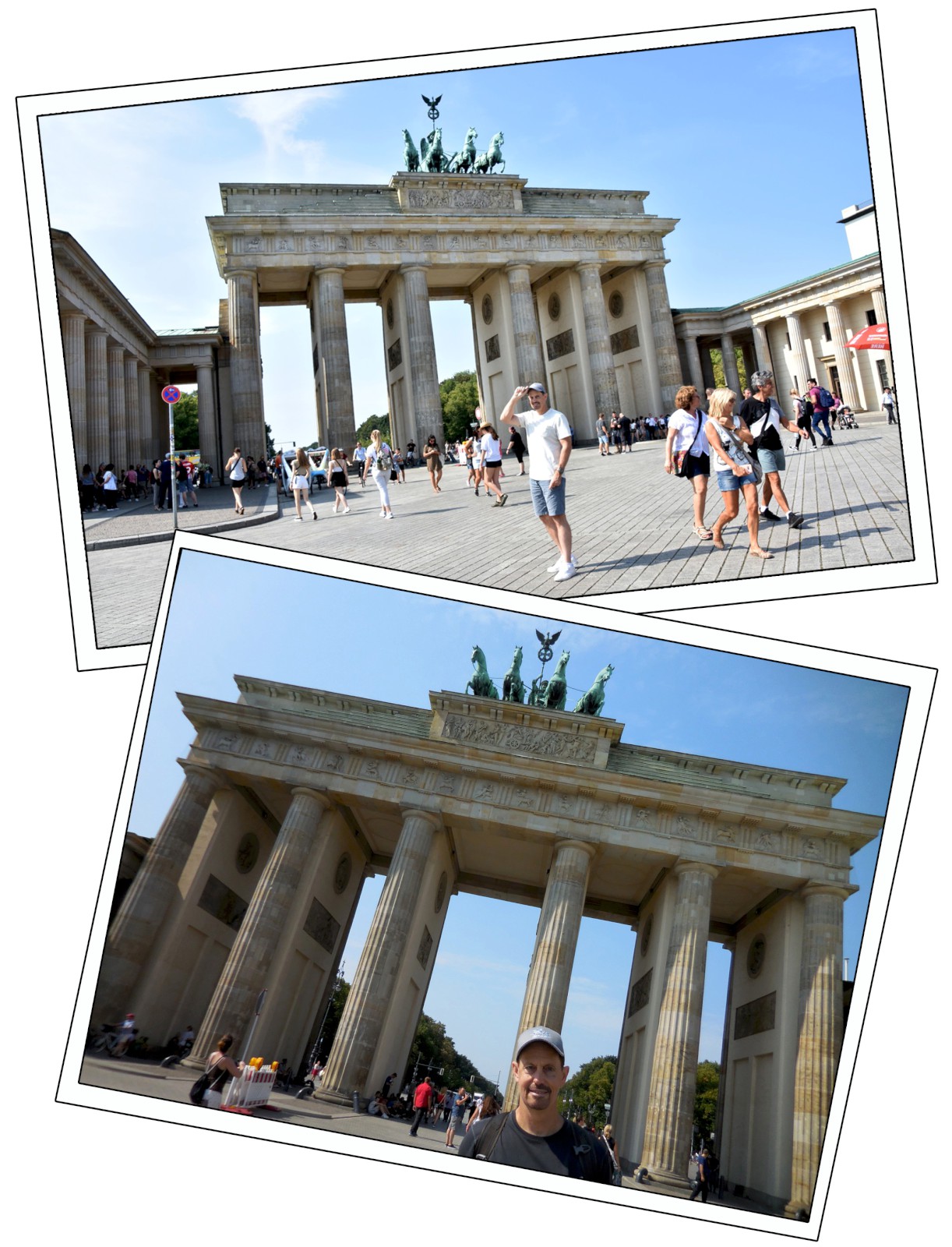 One of my thoughts while I was at the Brandenburg Gate was that:

“Most of us experience separation between people that we care about. If we are lucky, we will be able to be reunited with those people again!”