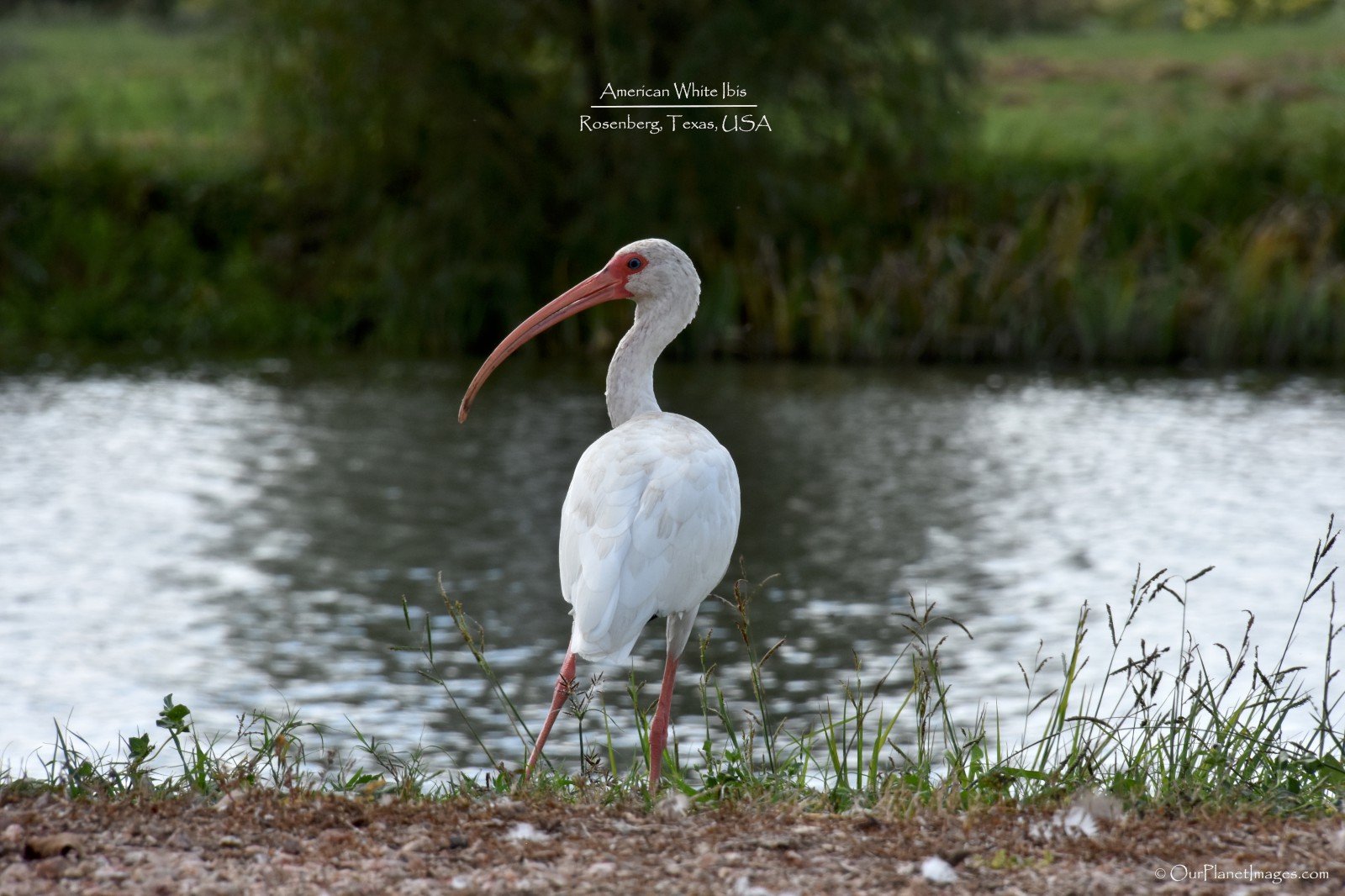 One of the things that fascinates me the most about birds are all of the different beaks for the different species of birds. I think the Ibis family has one of the strangest beak but it really fits the purpose for how they find their food as it uses its beak to find food in shallow water. 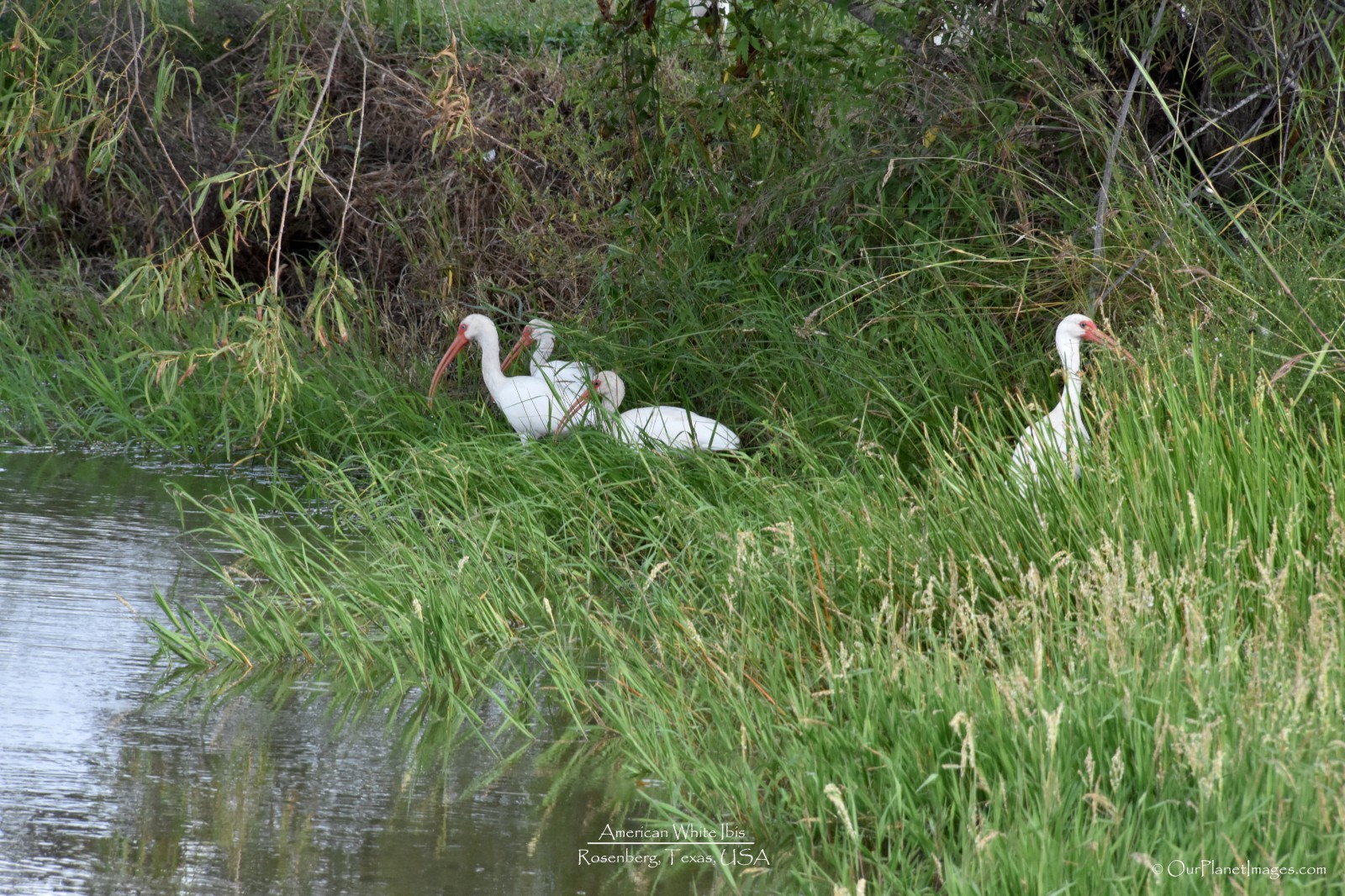 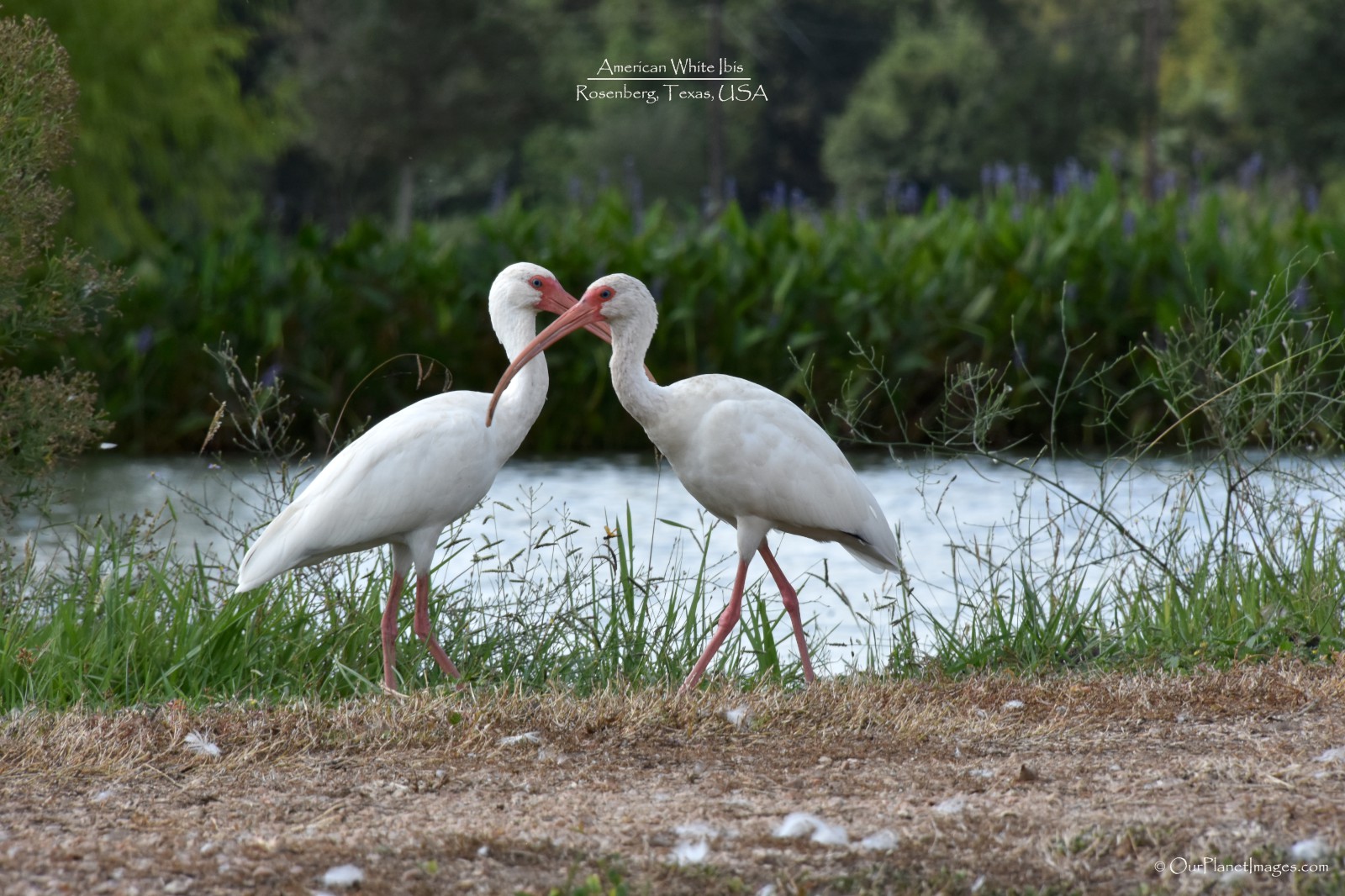 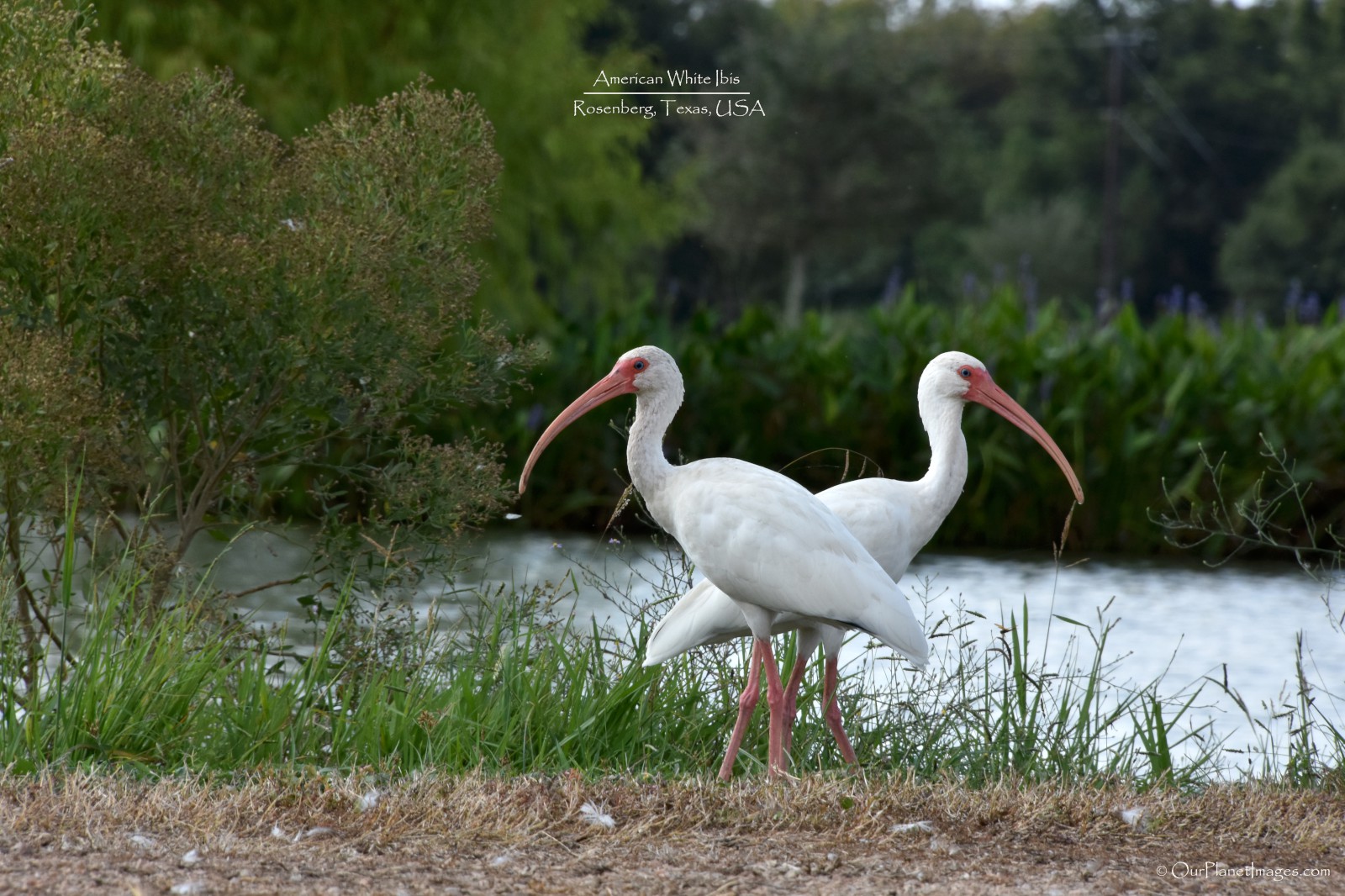 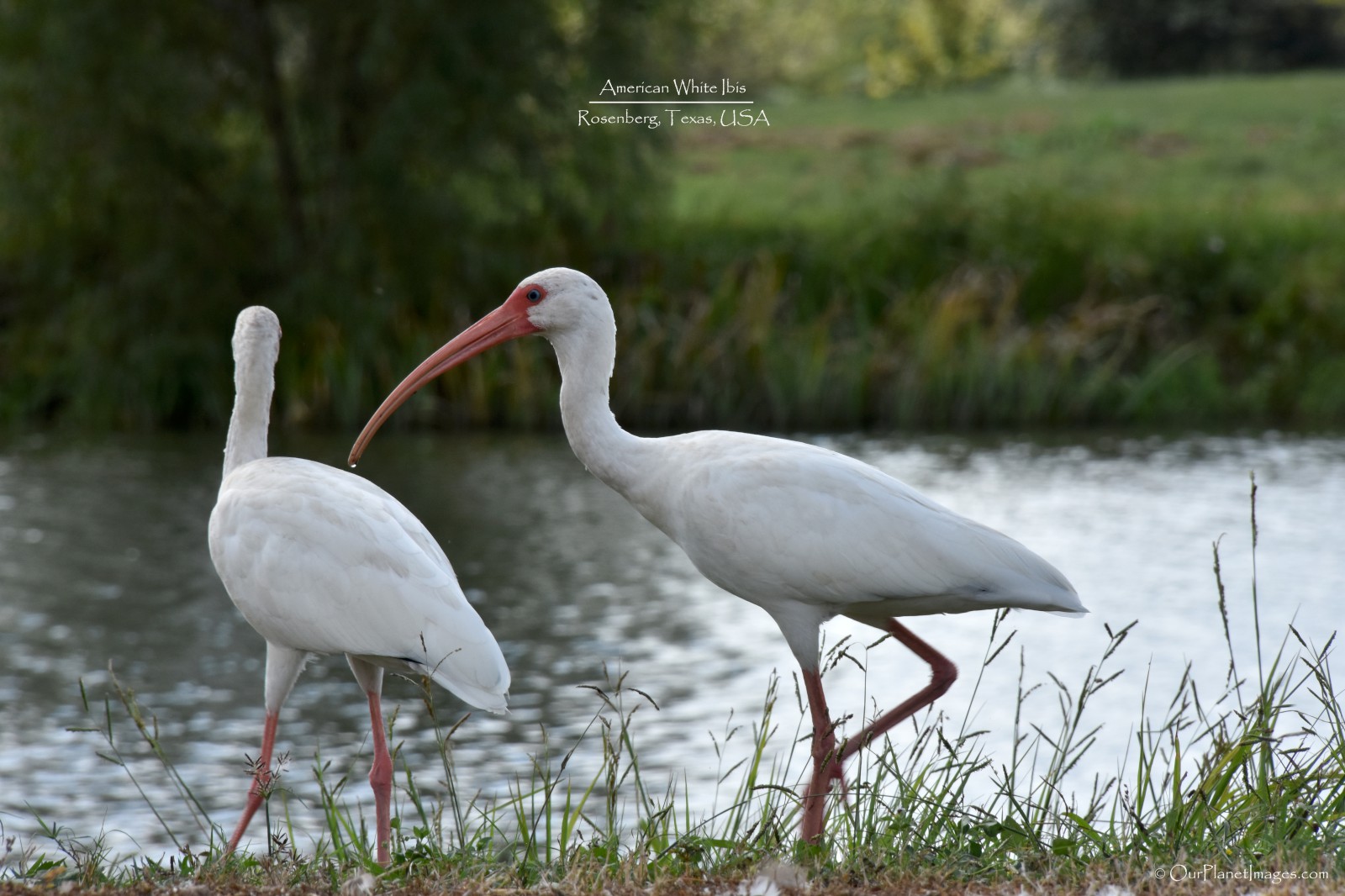 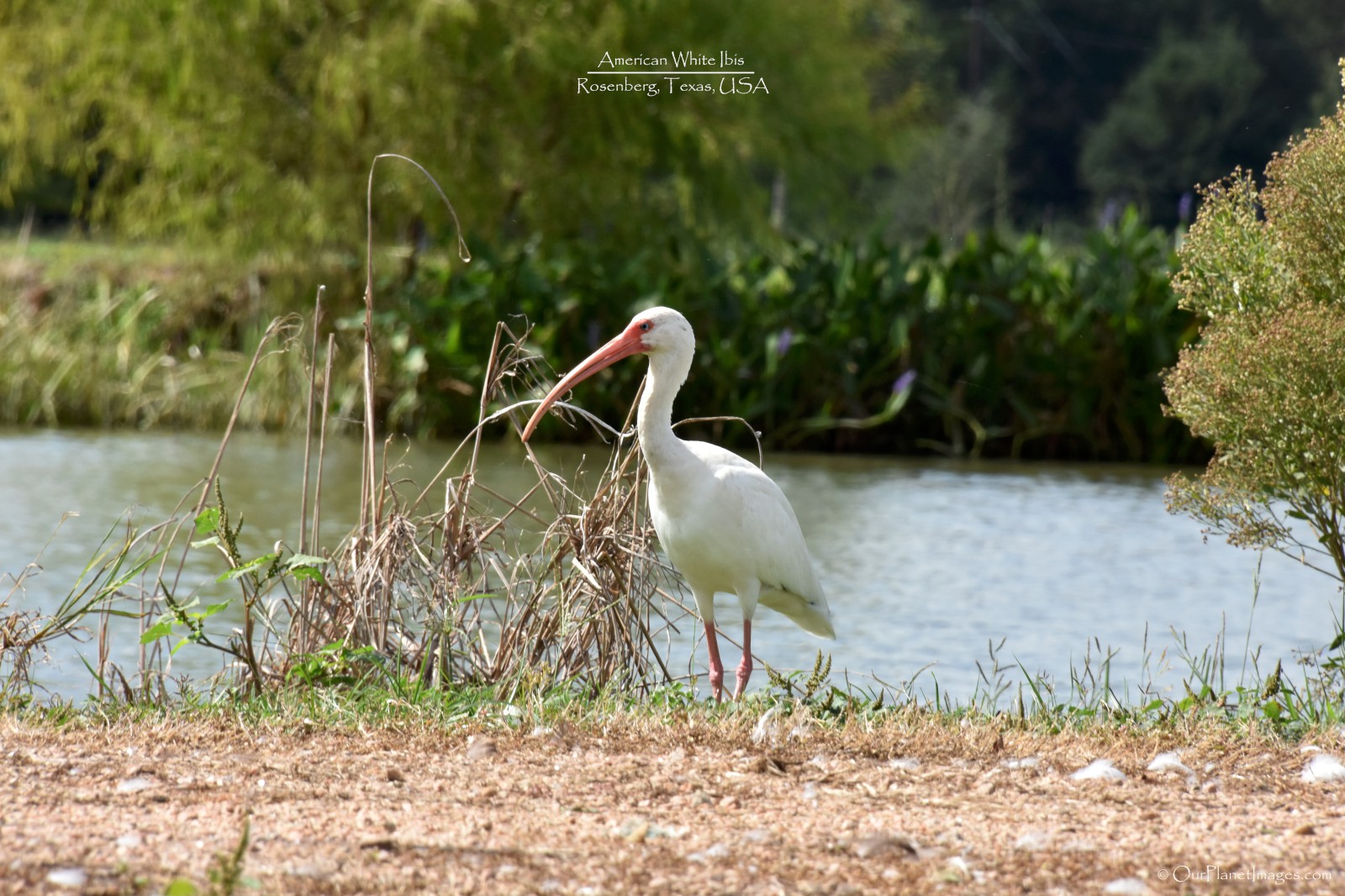 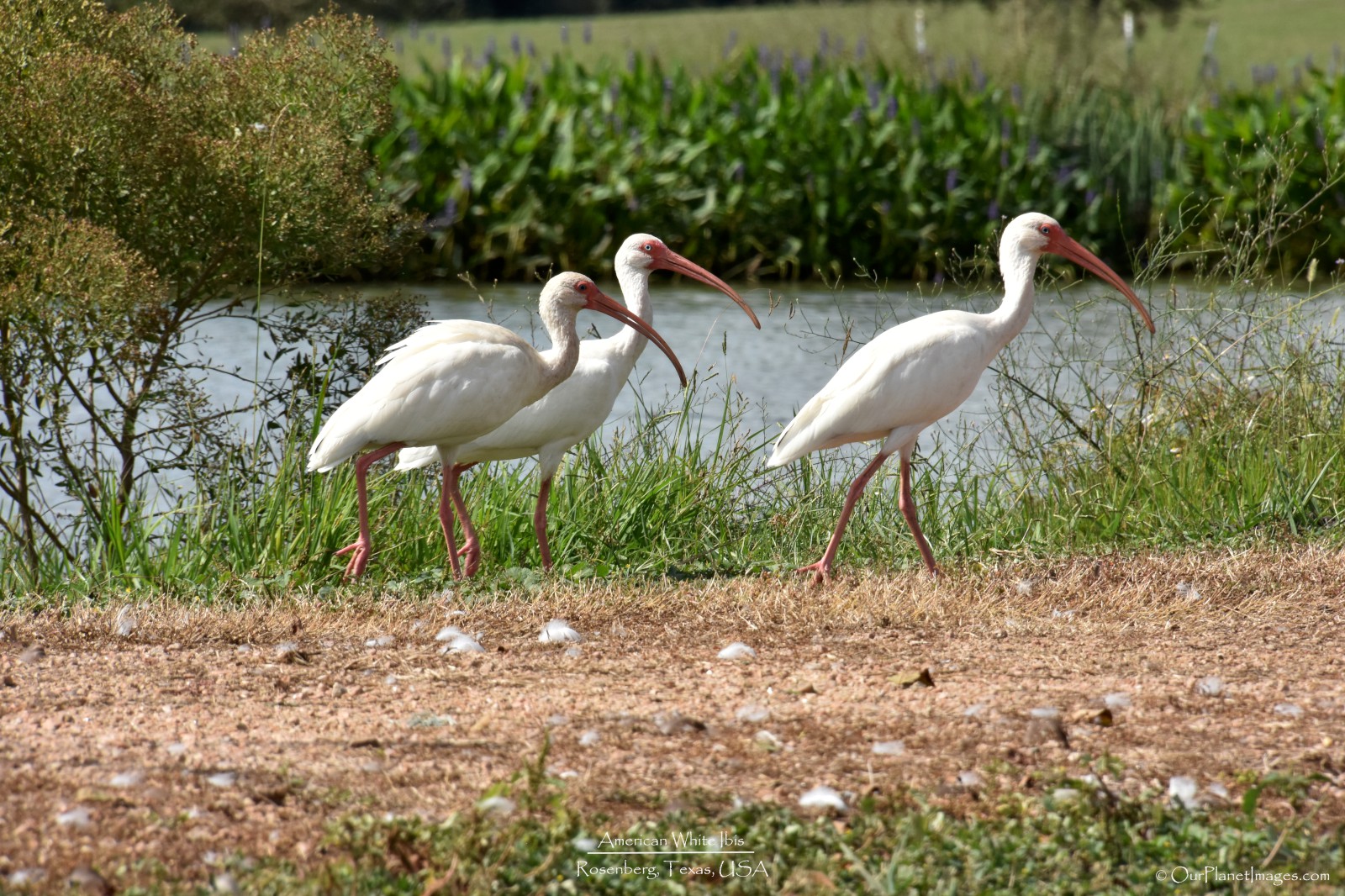 The American White Ibis is a common bird in the Houston area. I see these birds almost every day as they fly across the sky. Getting close to these birds is a little more difficult. They keep a safe distance from danger including humans. When someone or something that is perceived as a threat gets too close then they will move a little distance or fly to a new location.

The photos in this post of the American White Ibis were taken at the Seaborne Creek Nature Park in Rosenberg, Texas. 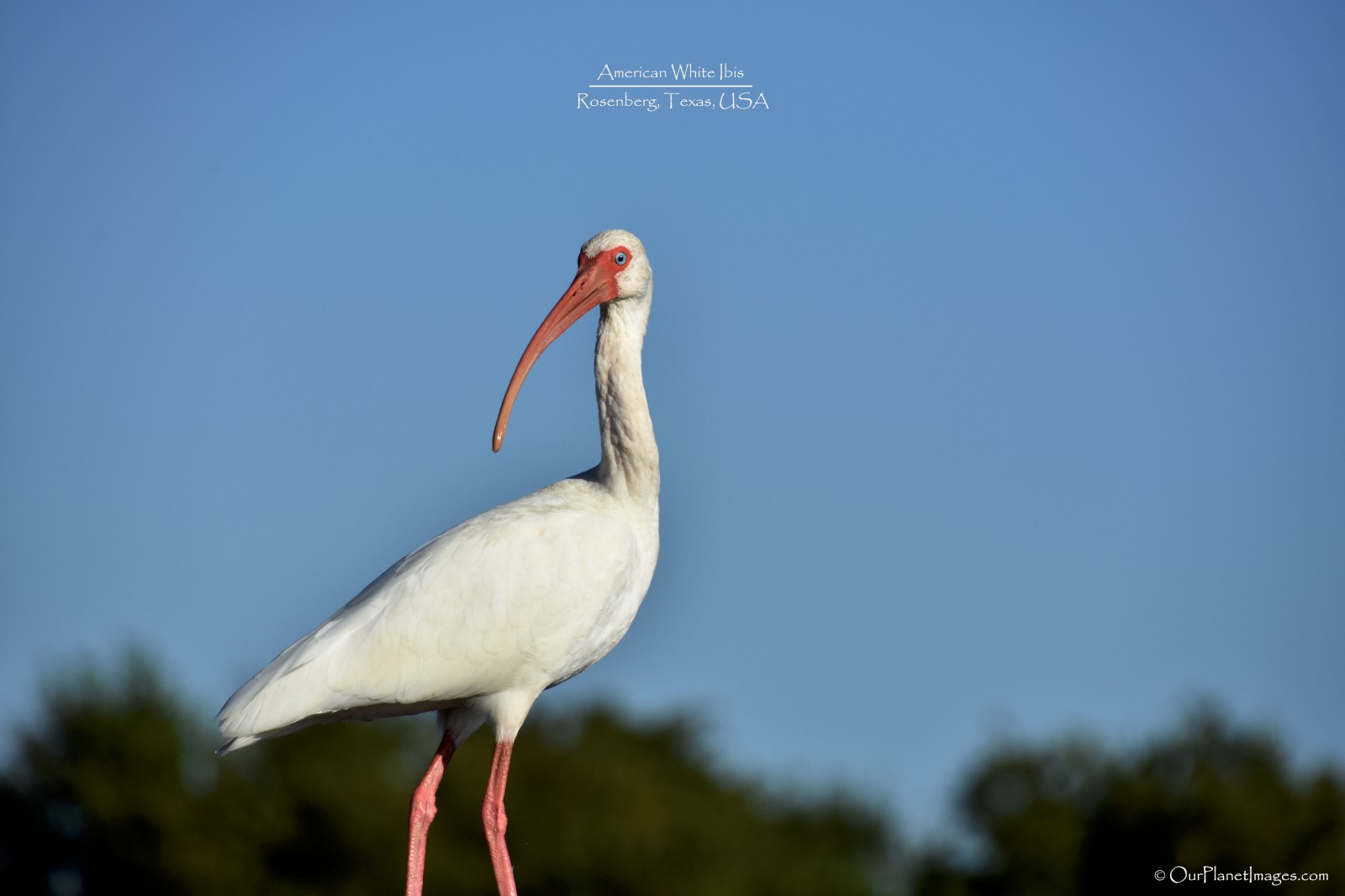 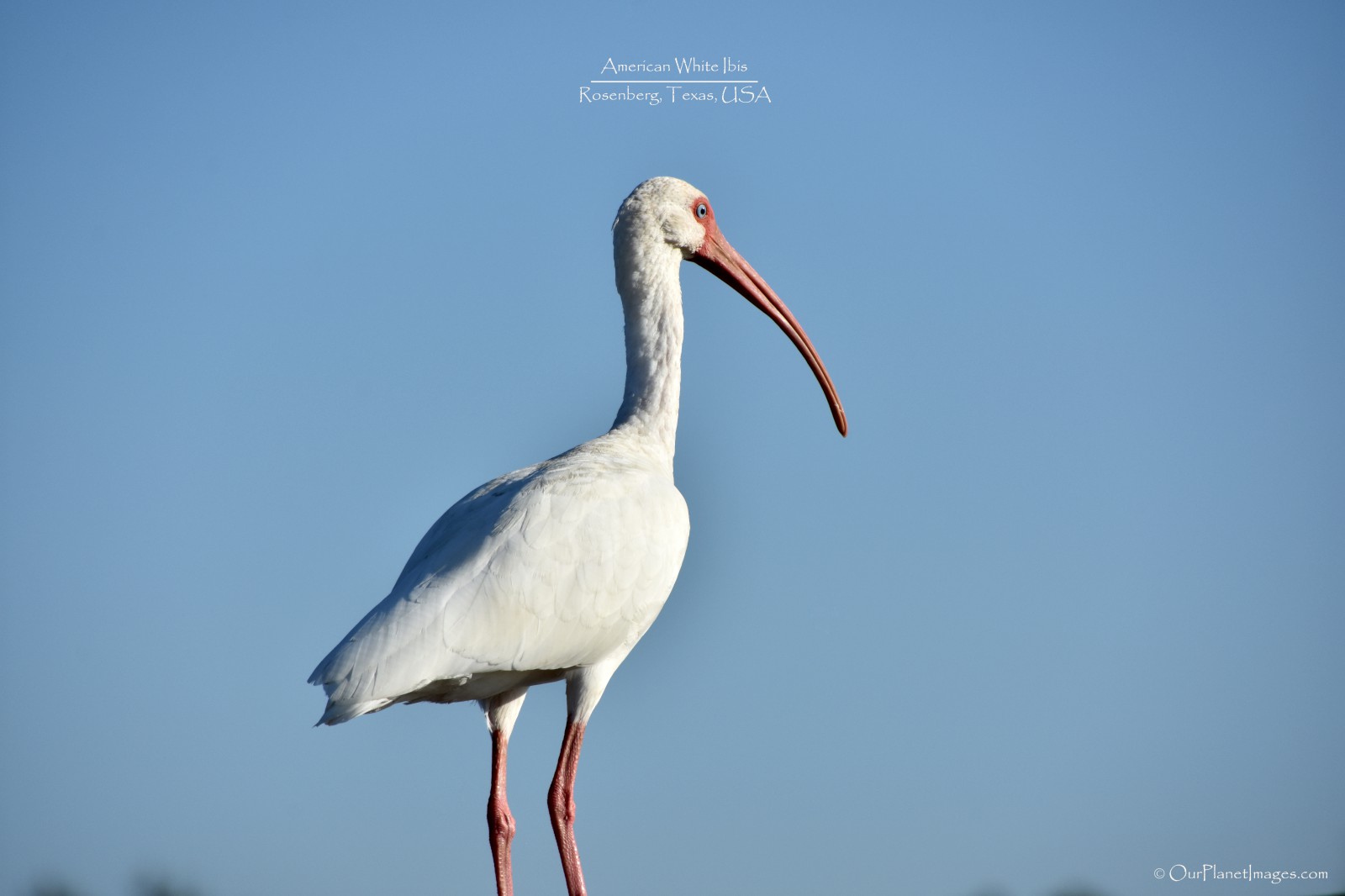 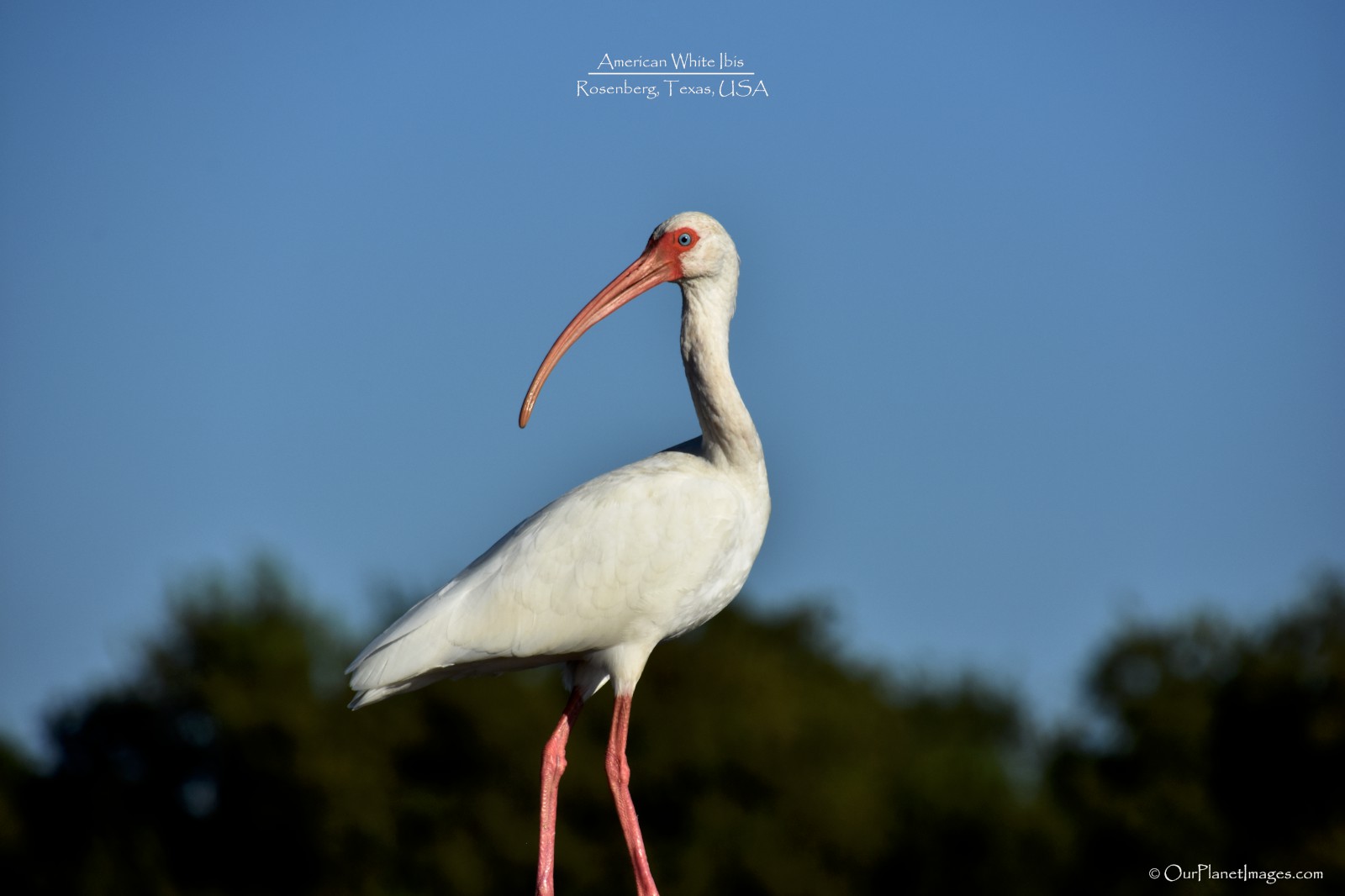 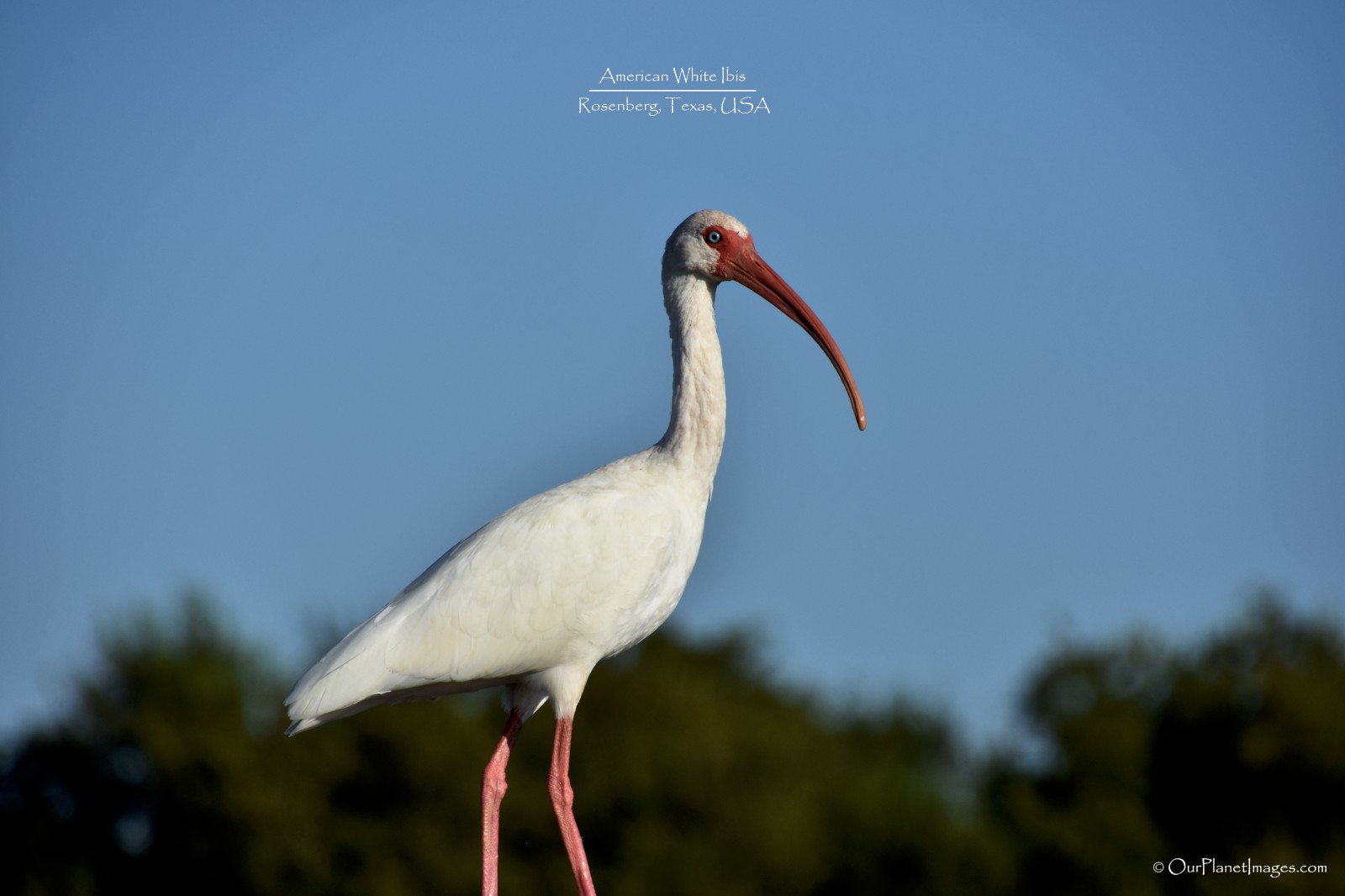 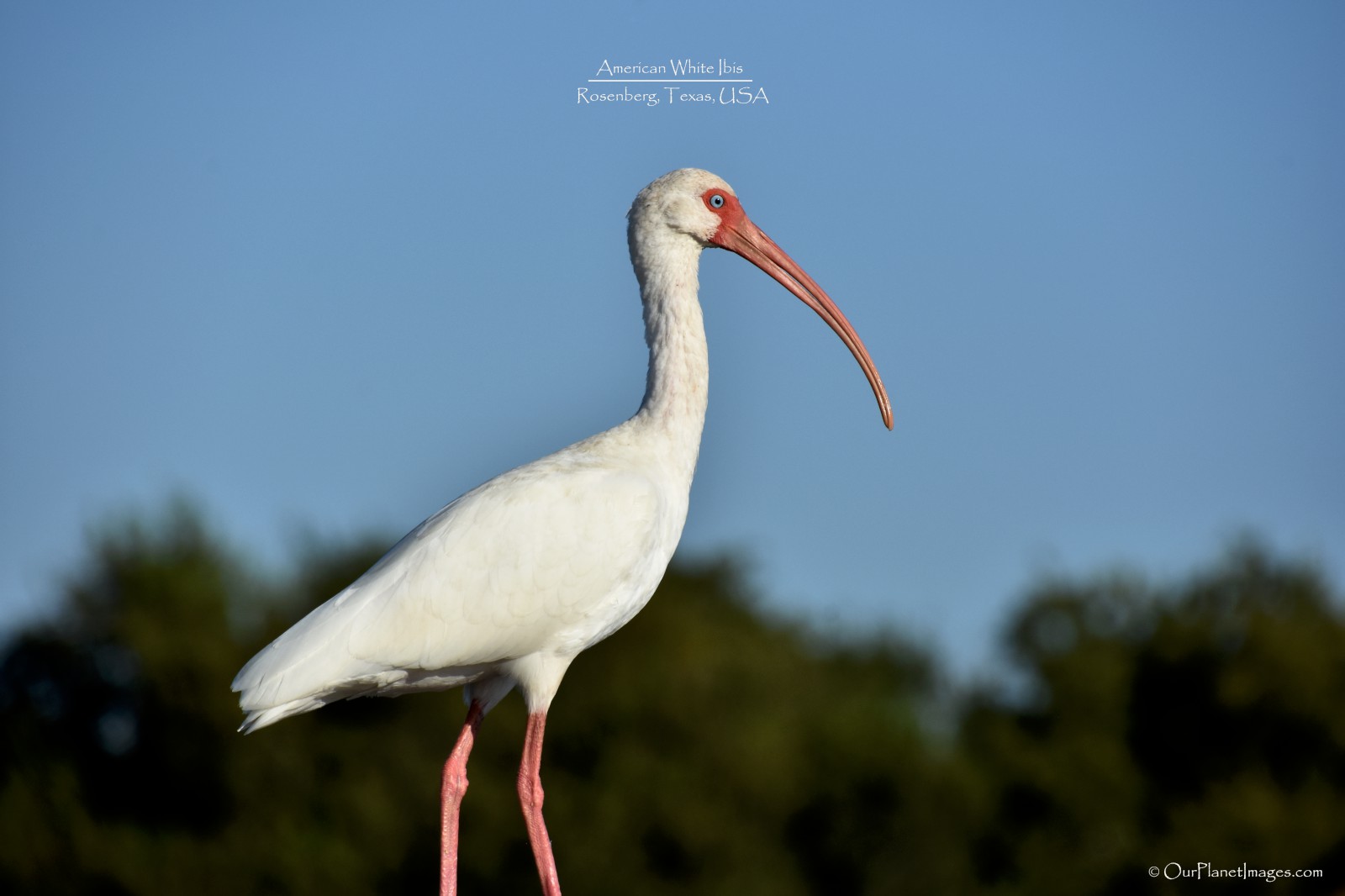 The photos above are a group of shots of the same bird in different positions. I photographed this bird in this position because I liked the contrast of the blue sky and the white bird with the red beak and how the blue eye of the Ibis matches the color of the sky.

The next set of photos were also taken of a single bird but this bird was standing on the hand rail of a dock on a small pond. On this set of photos, I like the different position of the birds head and how the white body of the bird pops off the green trees in the background. 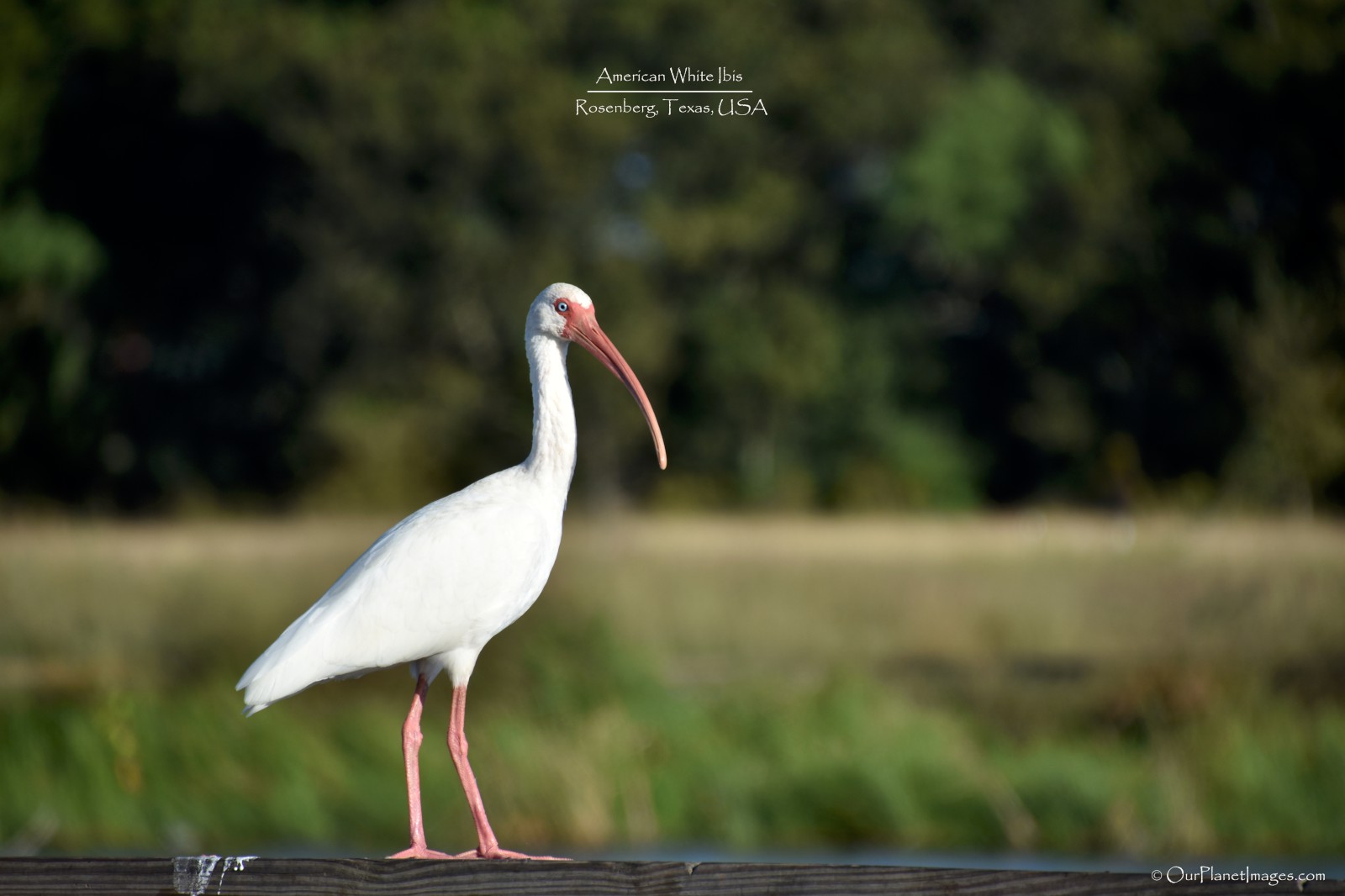 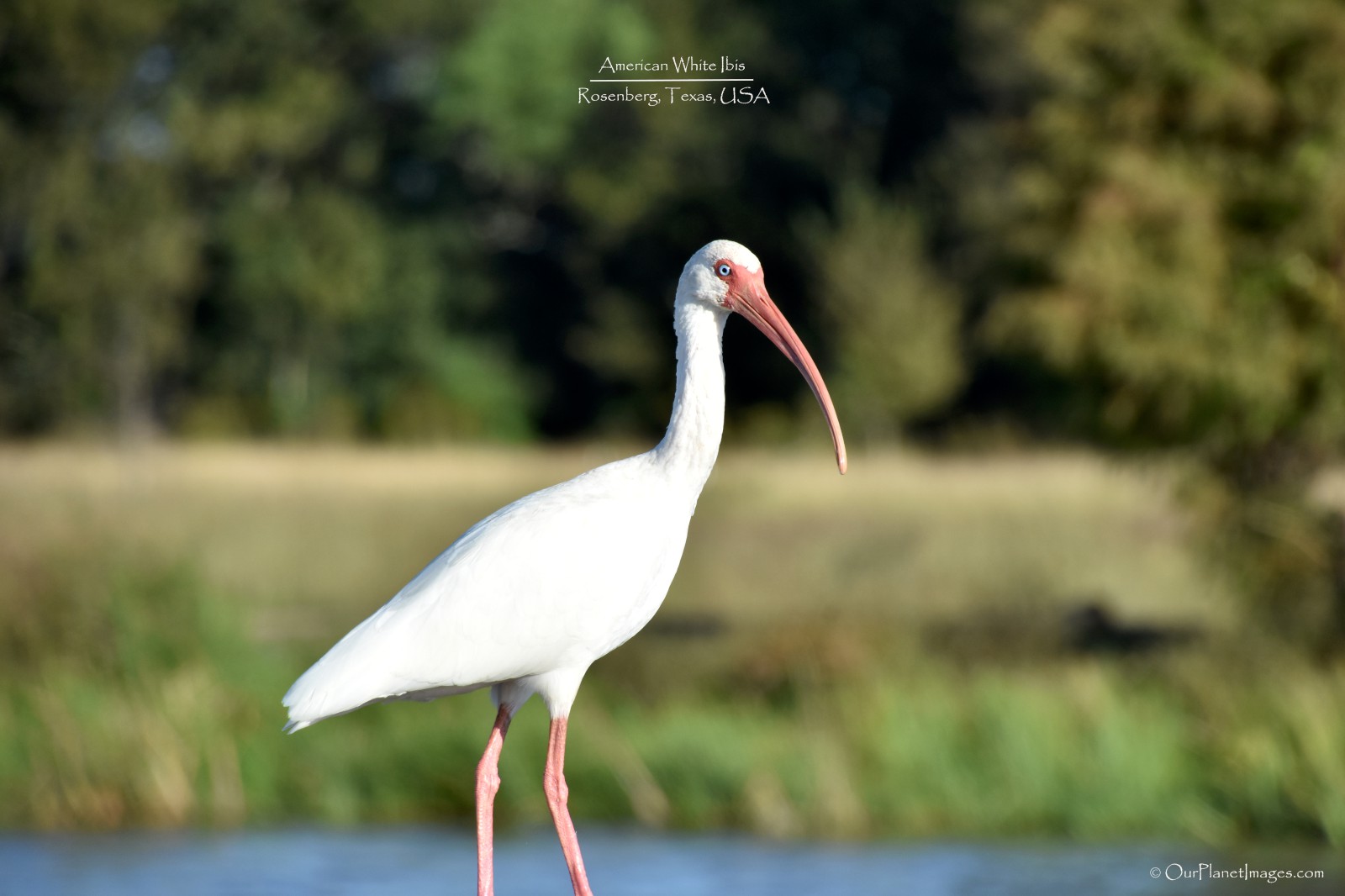 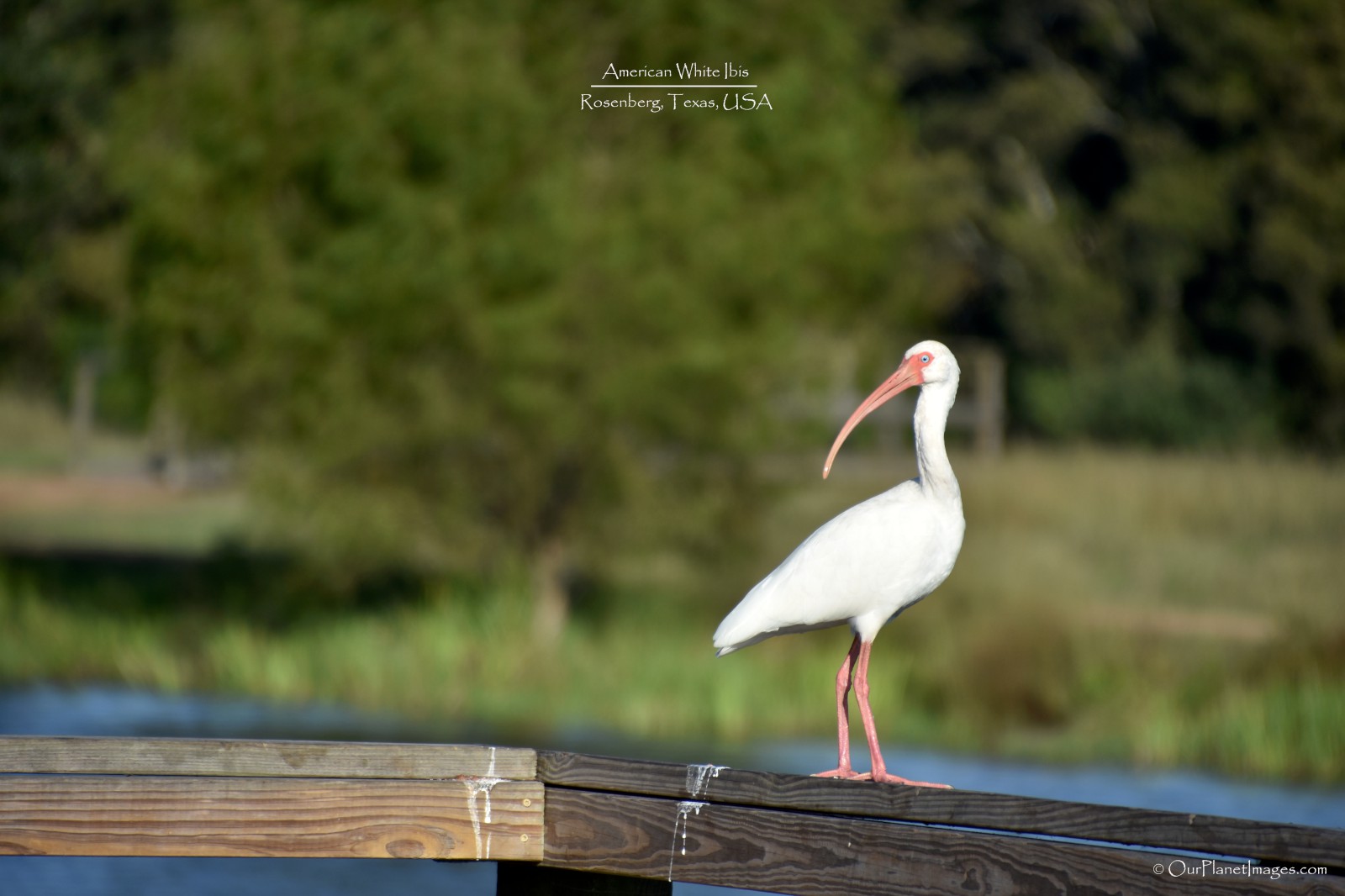 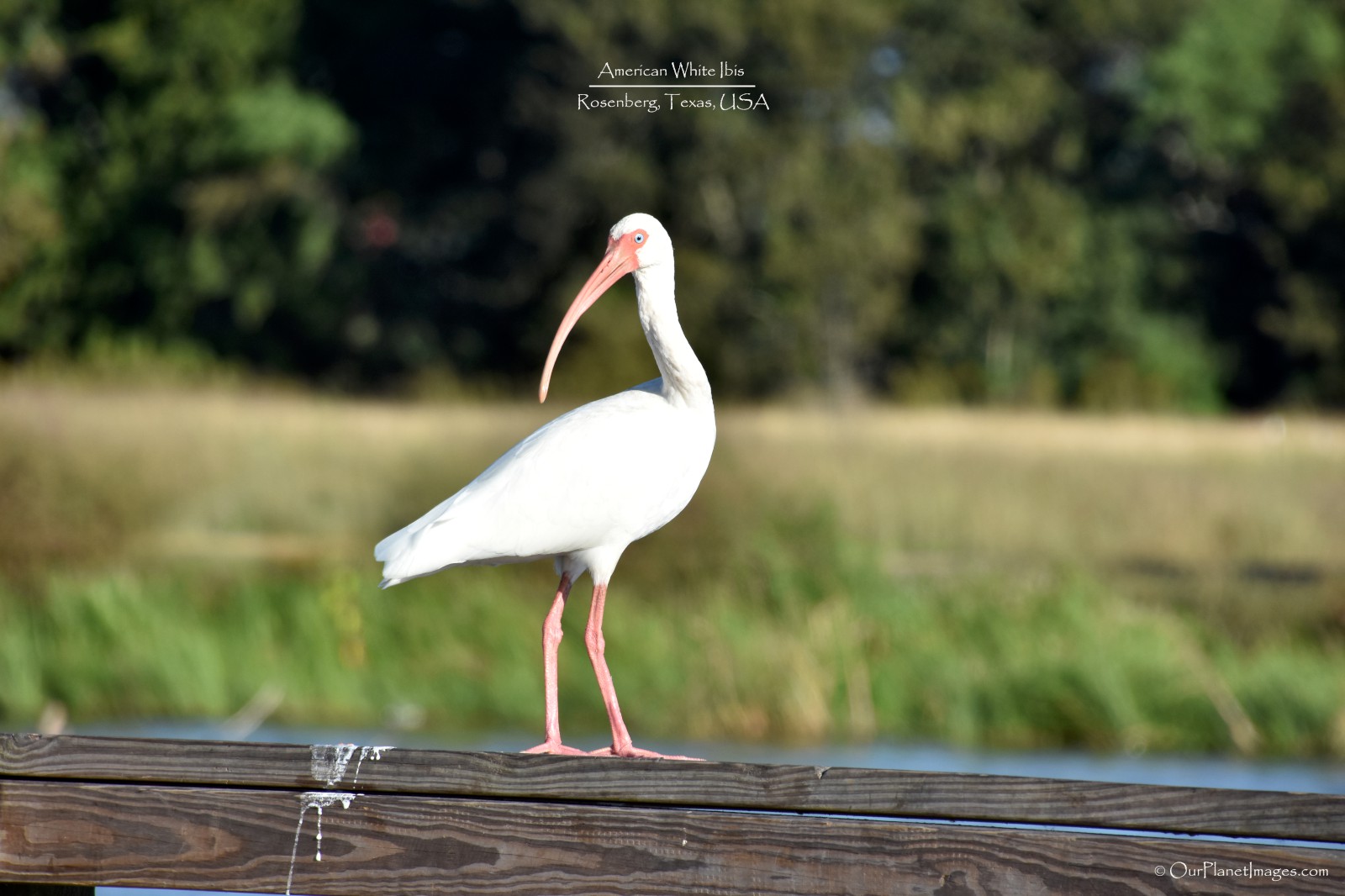 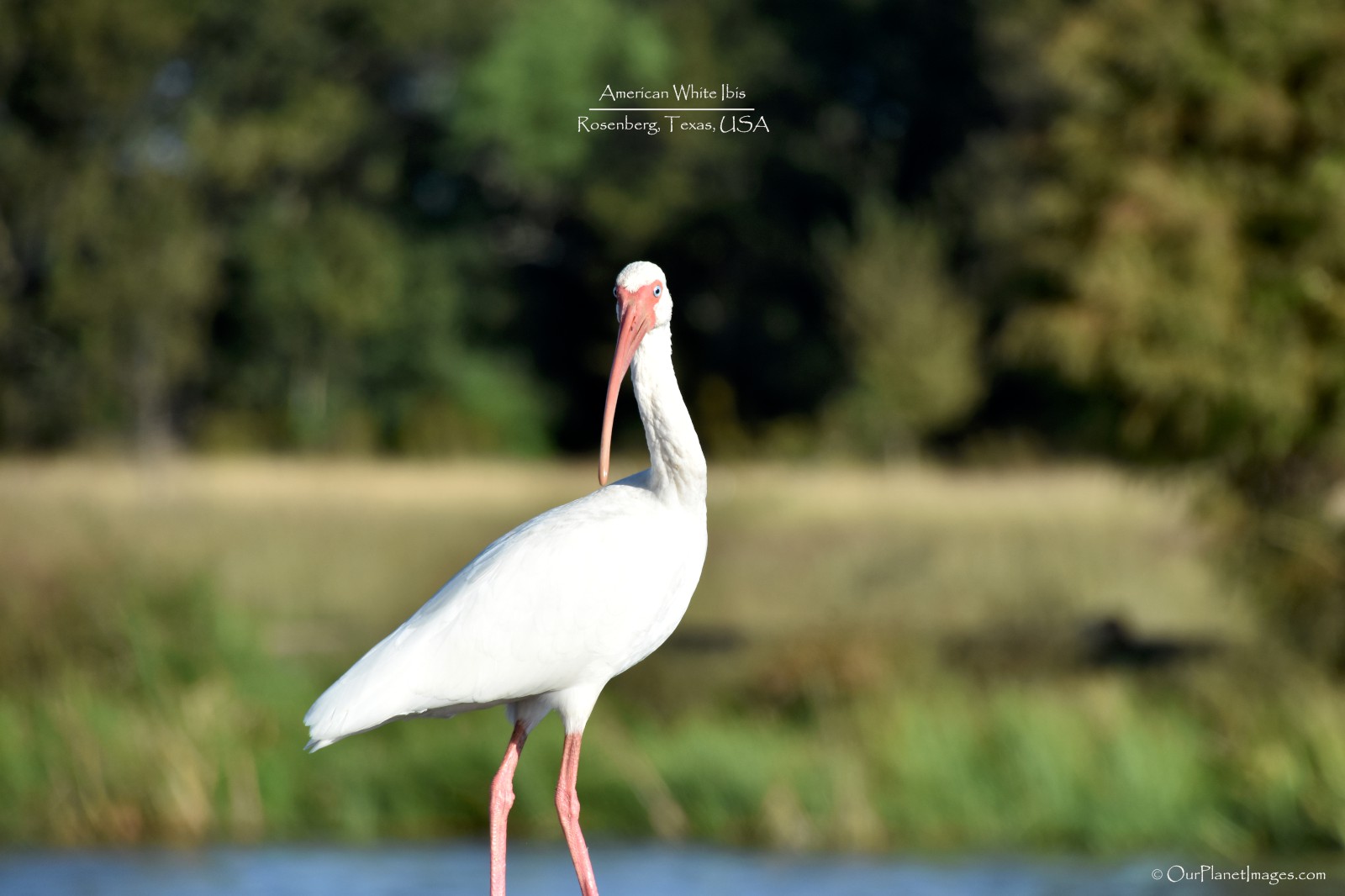 Location: US coast line from Virginia to Texas. Both coast of Mexico and Central America.

Interesting Fact: American White Ibis do not see their prey, they probe with its beak at the bottom of shallow water to feel for prey.

Diet: Small Aquatic prey, such as insects and small fish. Crayfish is the preferred food. 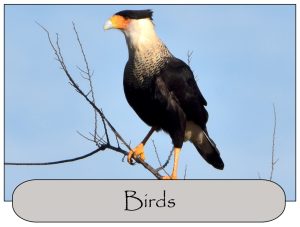 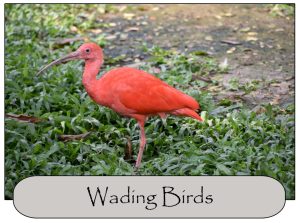