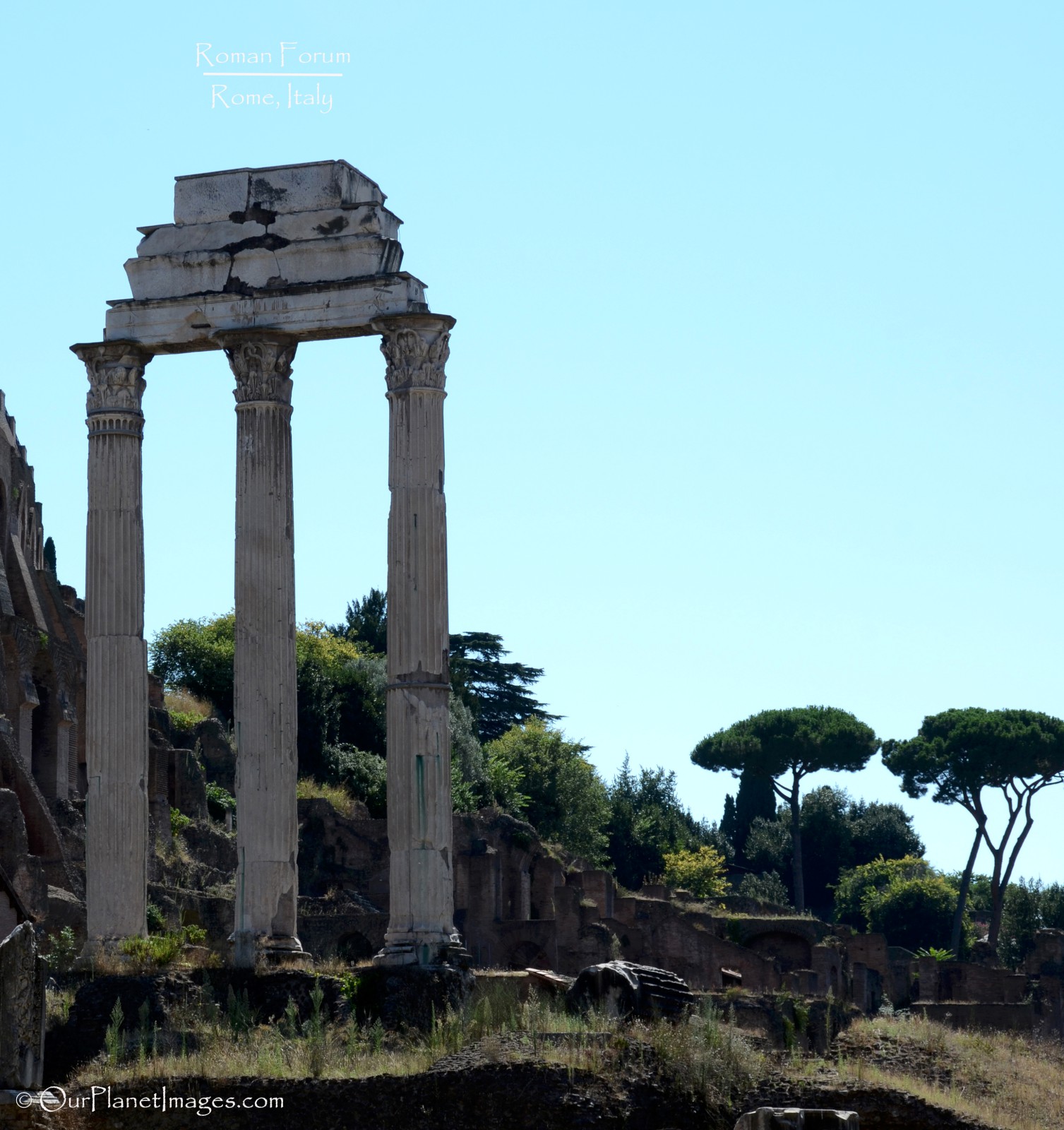 The Roman Forum was the original downtown of Rome. It consisted of temples, government buildings and markets. The portion of the original Roman Forum that remains today provides just a hint of this historic site.

The surviving remains are a mixture of triumphal arches, once important buildings, standing columns and unidentified relics lying tumbled on the ground but walking through the Roman Forum stills evokes a sense of the history that makes this site so famous.

The remains of the Roman Forum are not as impressive as some of the ancient sites that I have seen or posted on in this blog but it is a historic site that is a must see site when visiting Rome.

The Arch of Titus

The Arch of Titus is the oldest of the triumphal arches that was built in 82 AD after the death of Titus. It was built to commemorate the victory of the Jewish War and is about 50 feet tall. 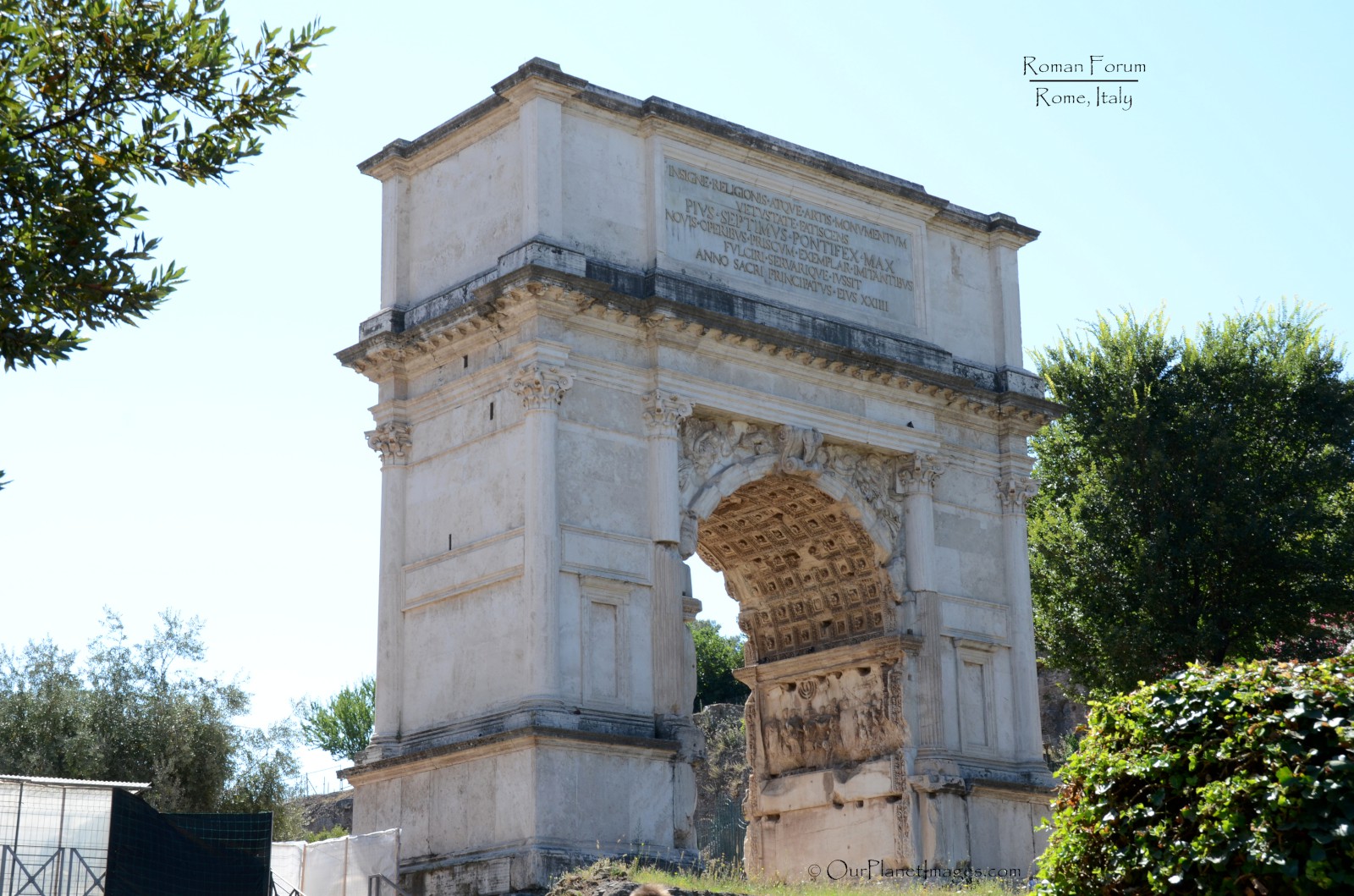 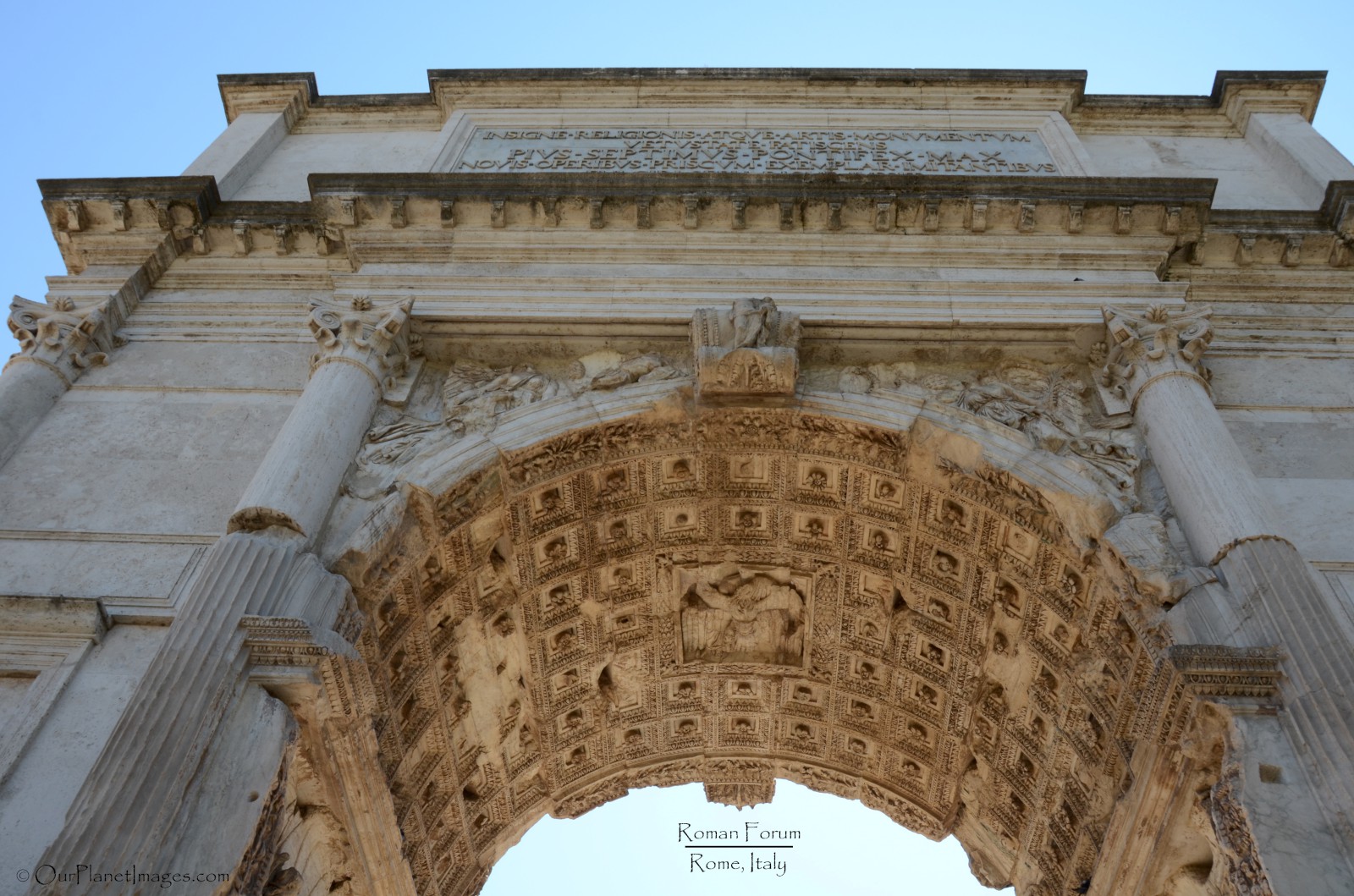 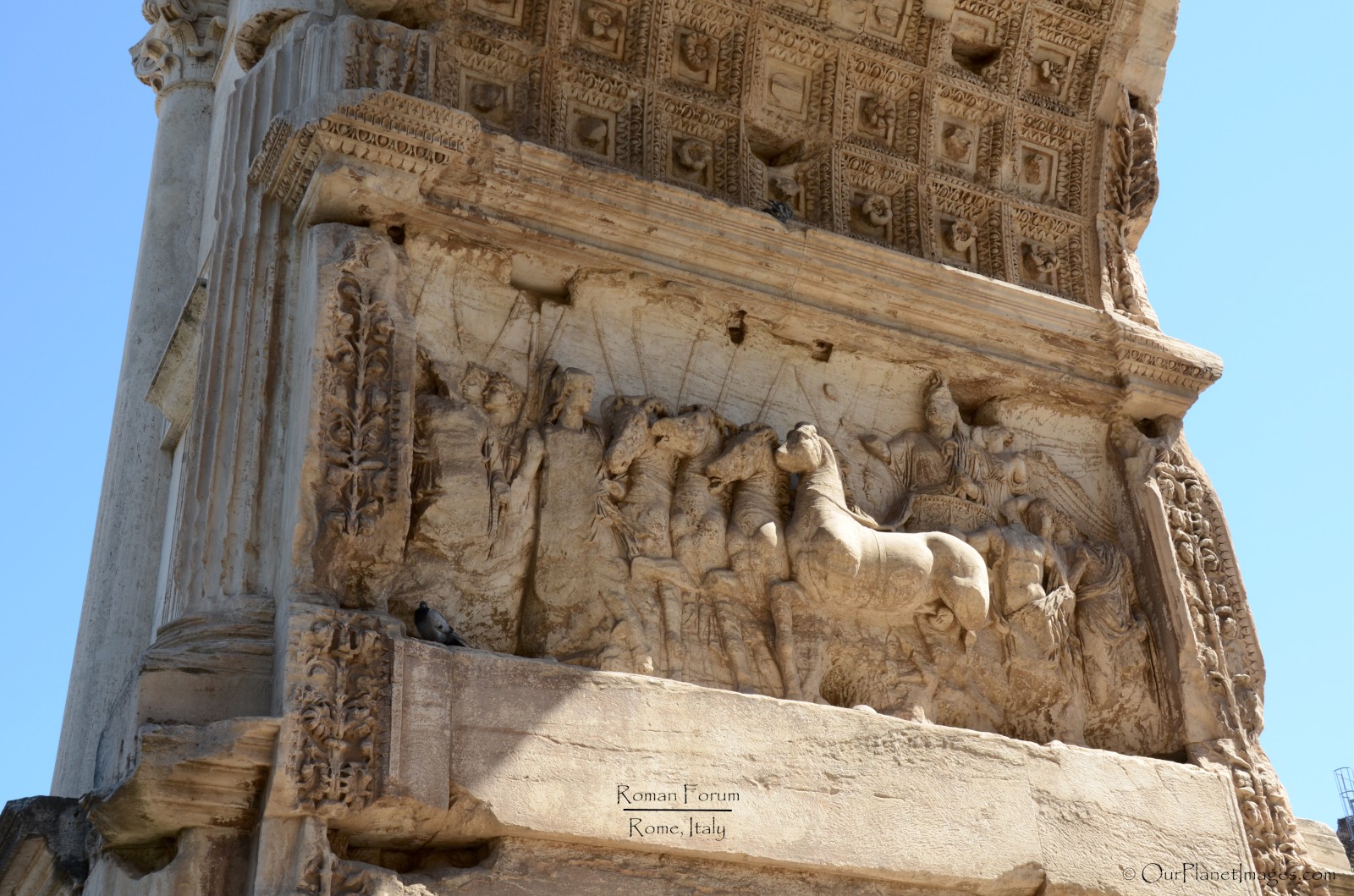 The Temple of Antoninus and Faustina

The Temple of Antoninus and Faustina was built in 141 AD by Emperor Antonius Pius to honor his deceased wife Faustina.. 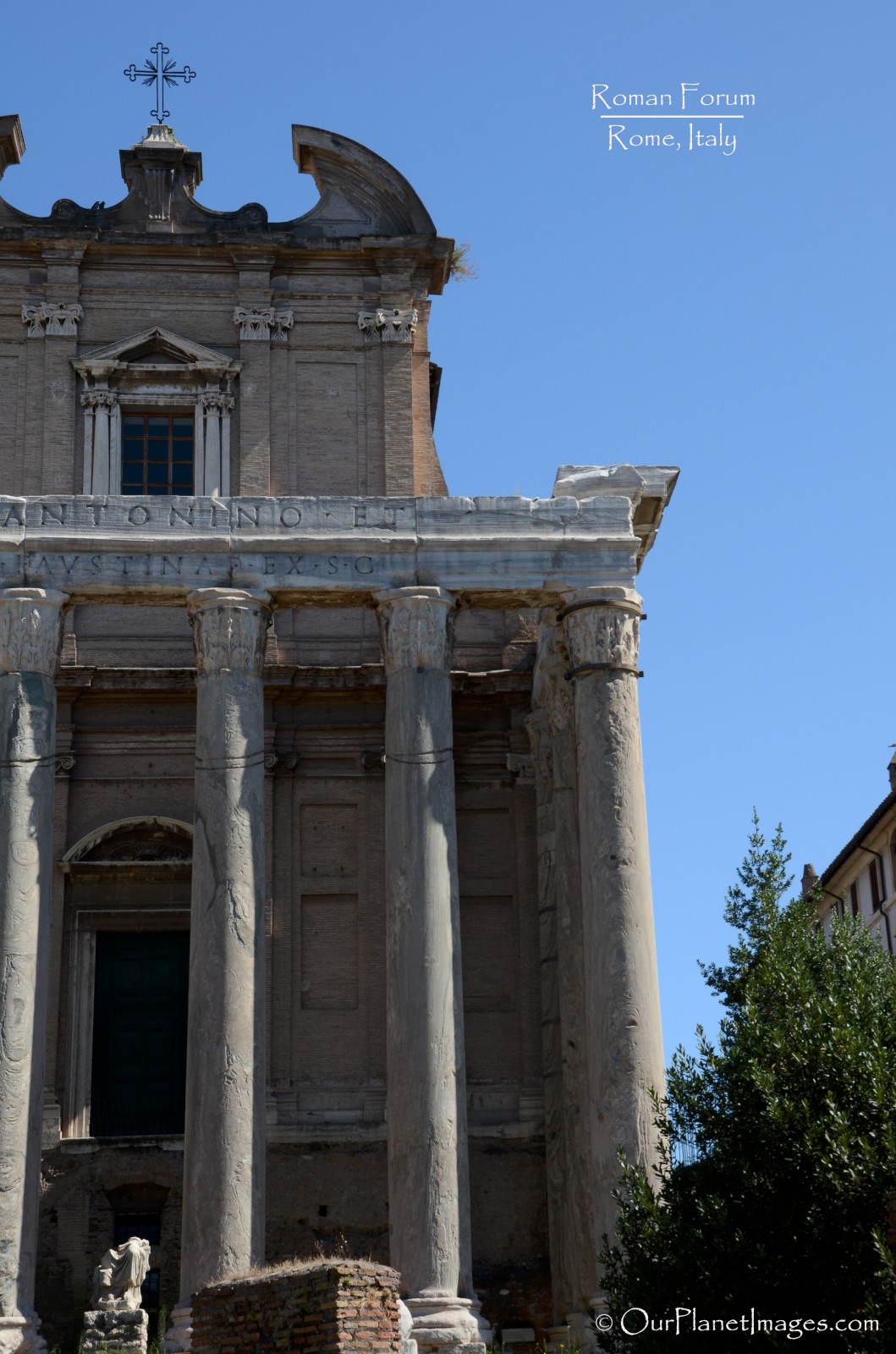 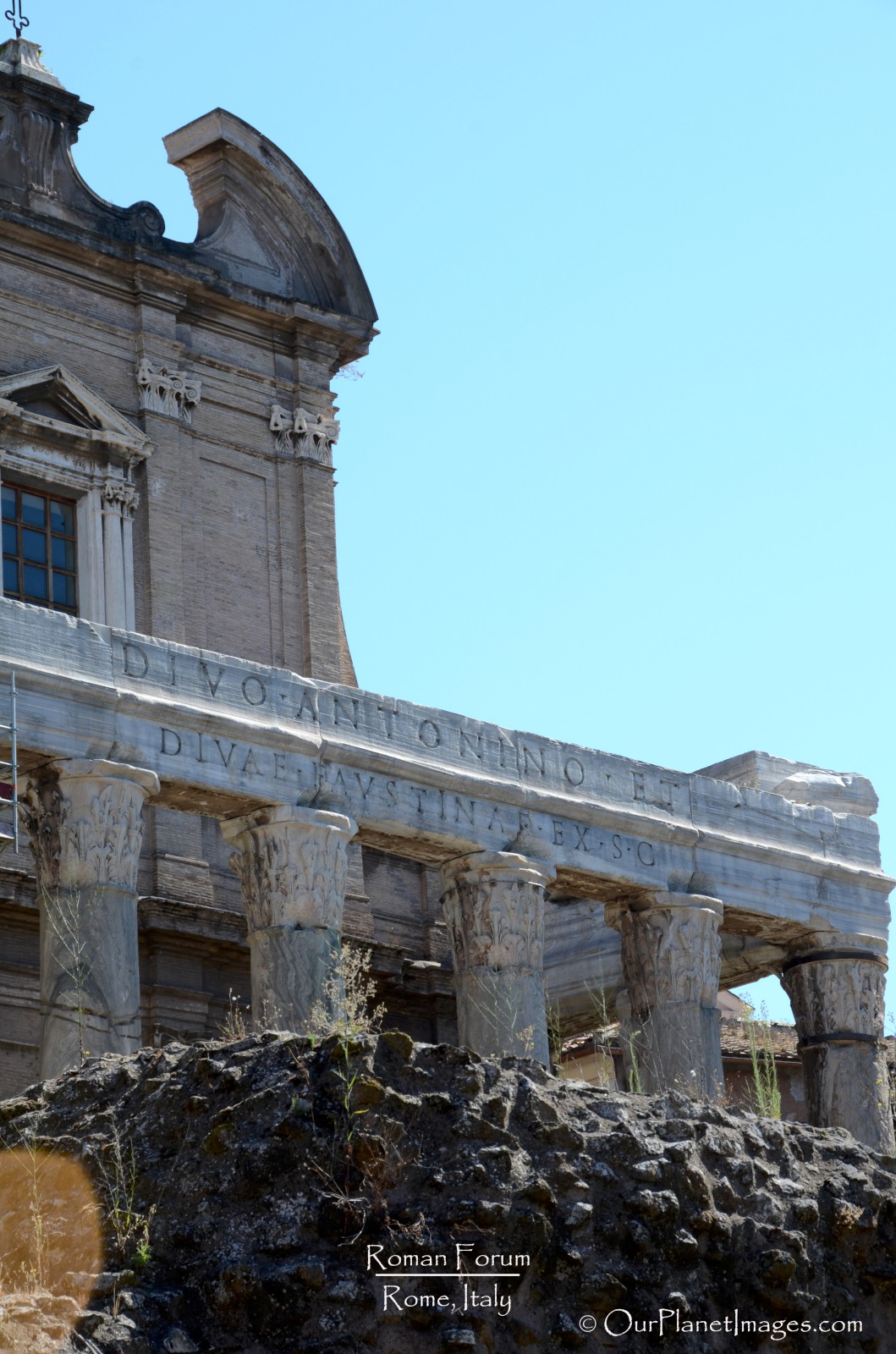 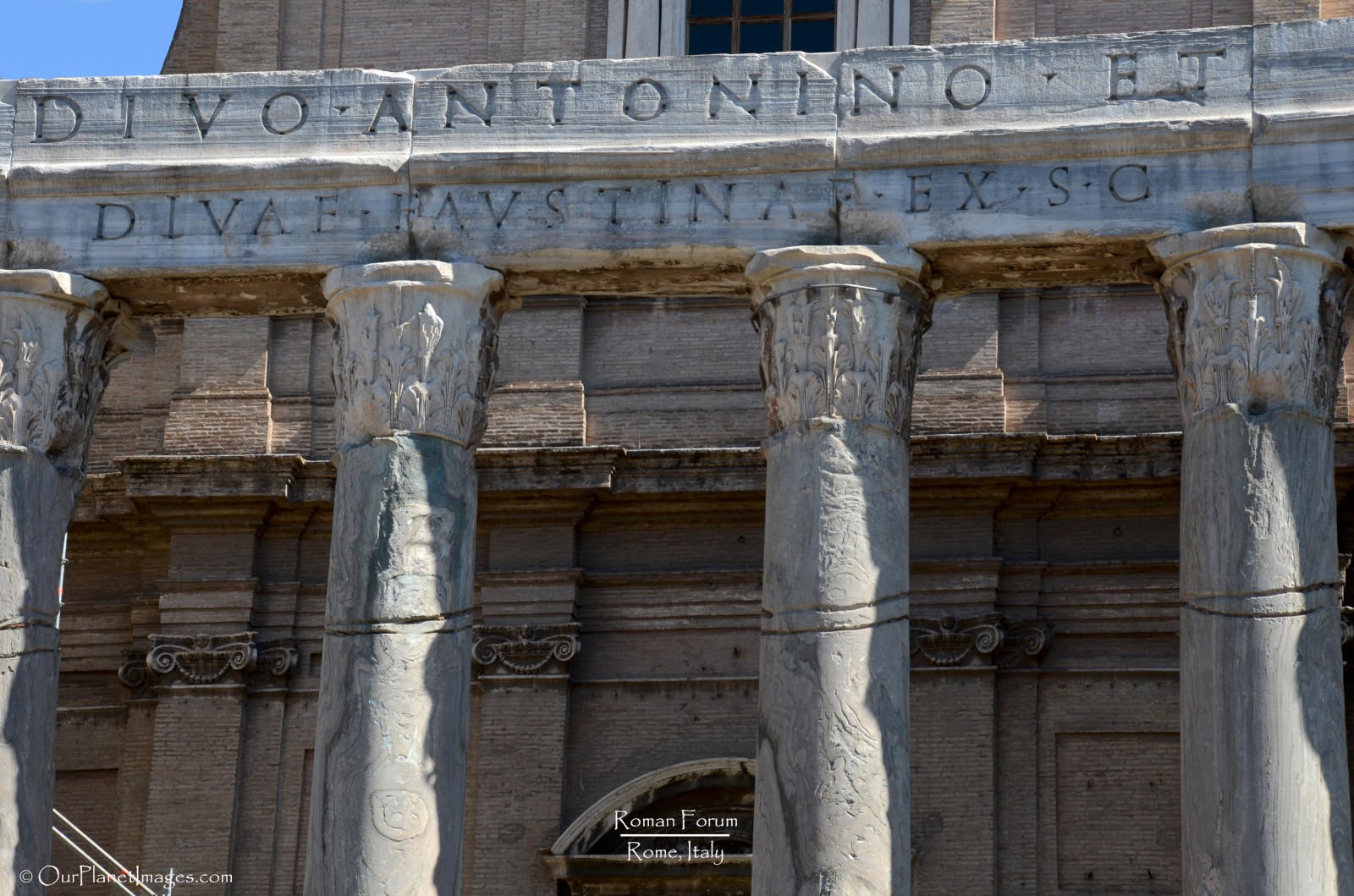 The Temple of Castor and Pollus

The Temple of Castor and Pollux was originally built in 484 BC but the current ruins are from its last reconstruction in 6 AD. The temple was built by the Roman dictator Postumius in celebration of defeating the Tarquin Kings. According to legend, mythological twin brothers, Castor and Pollux, helped the Roman army in victory. 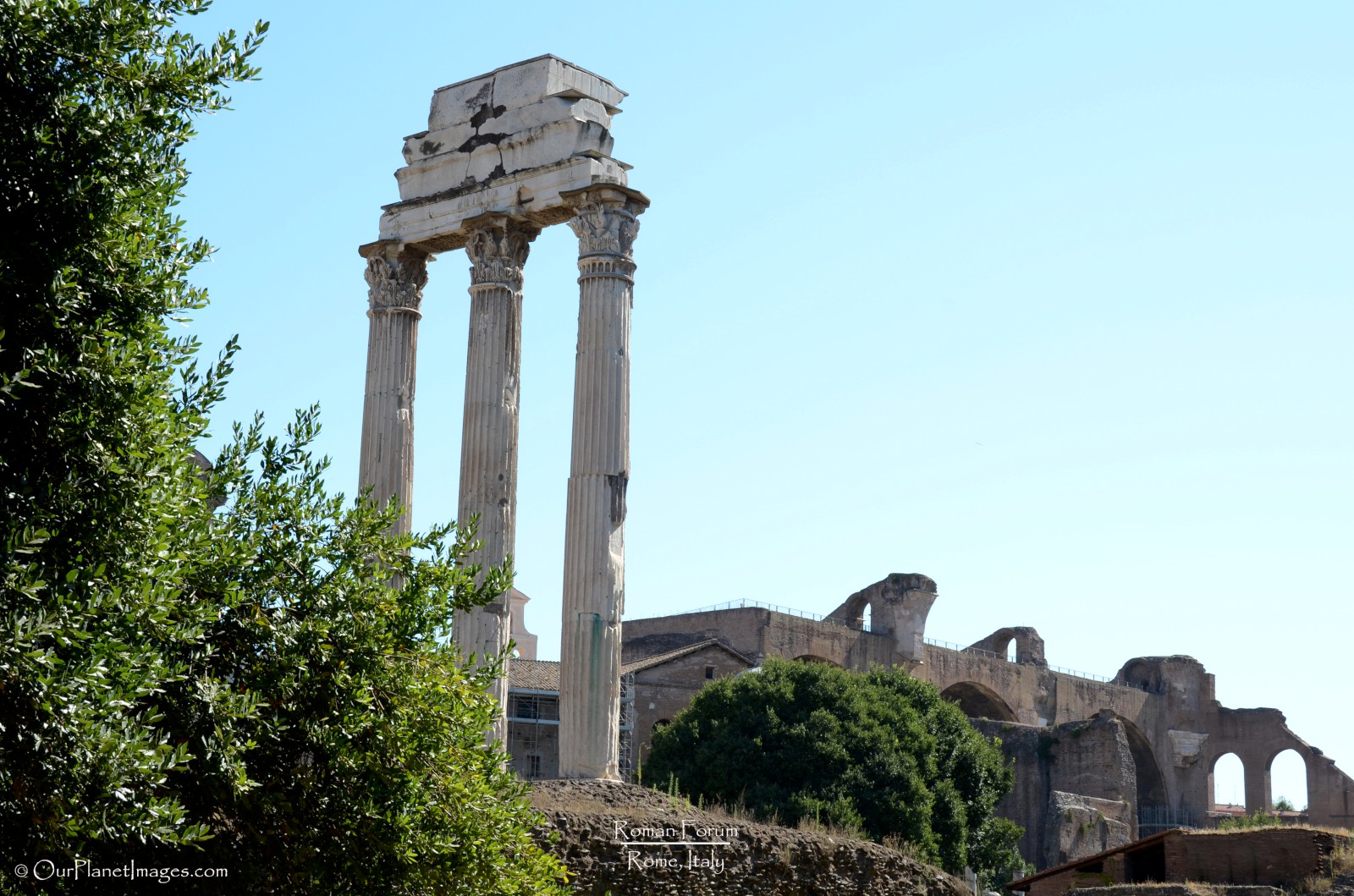 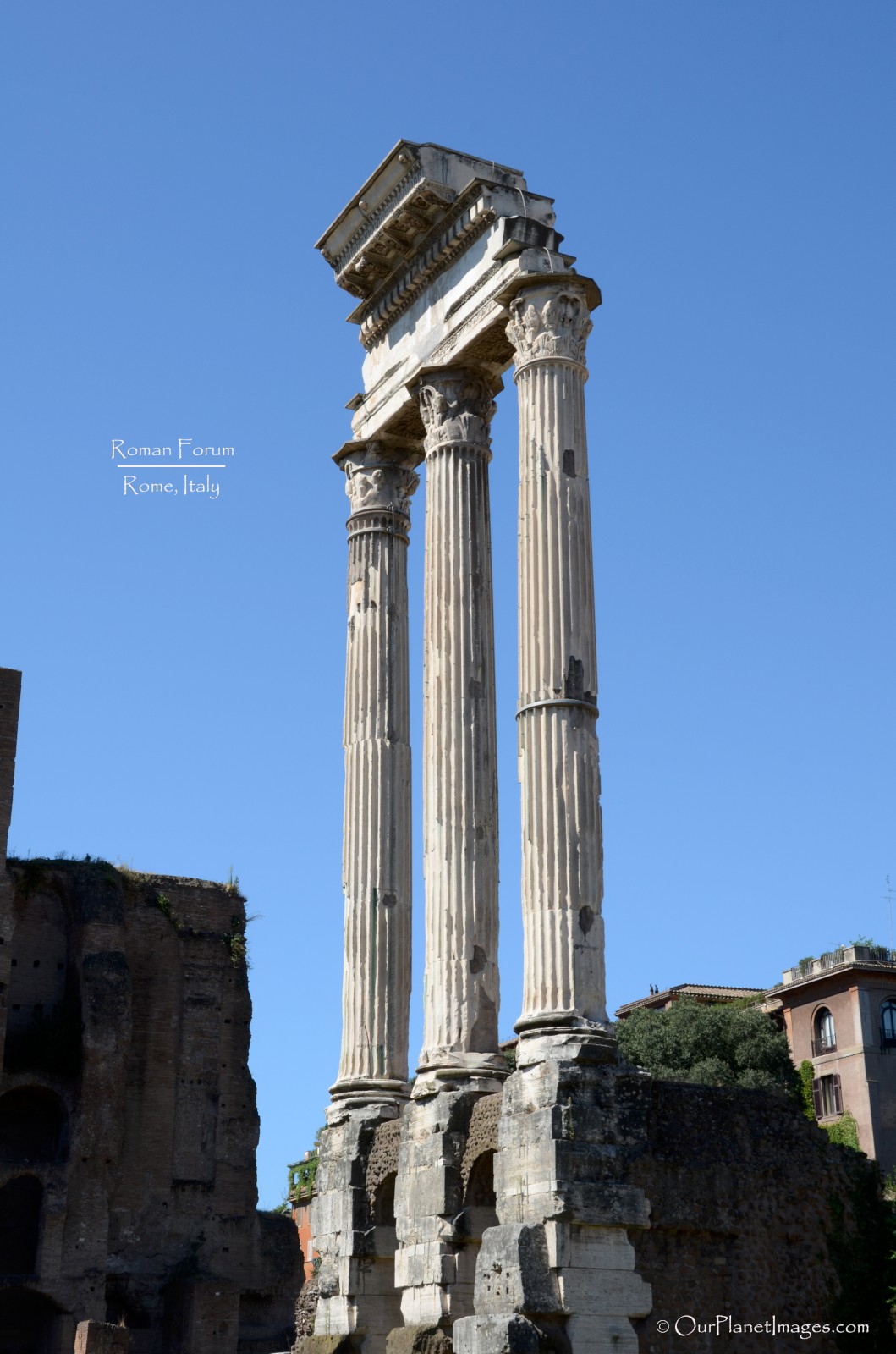 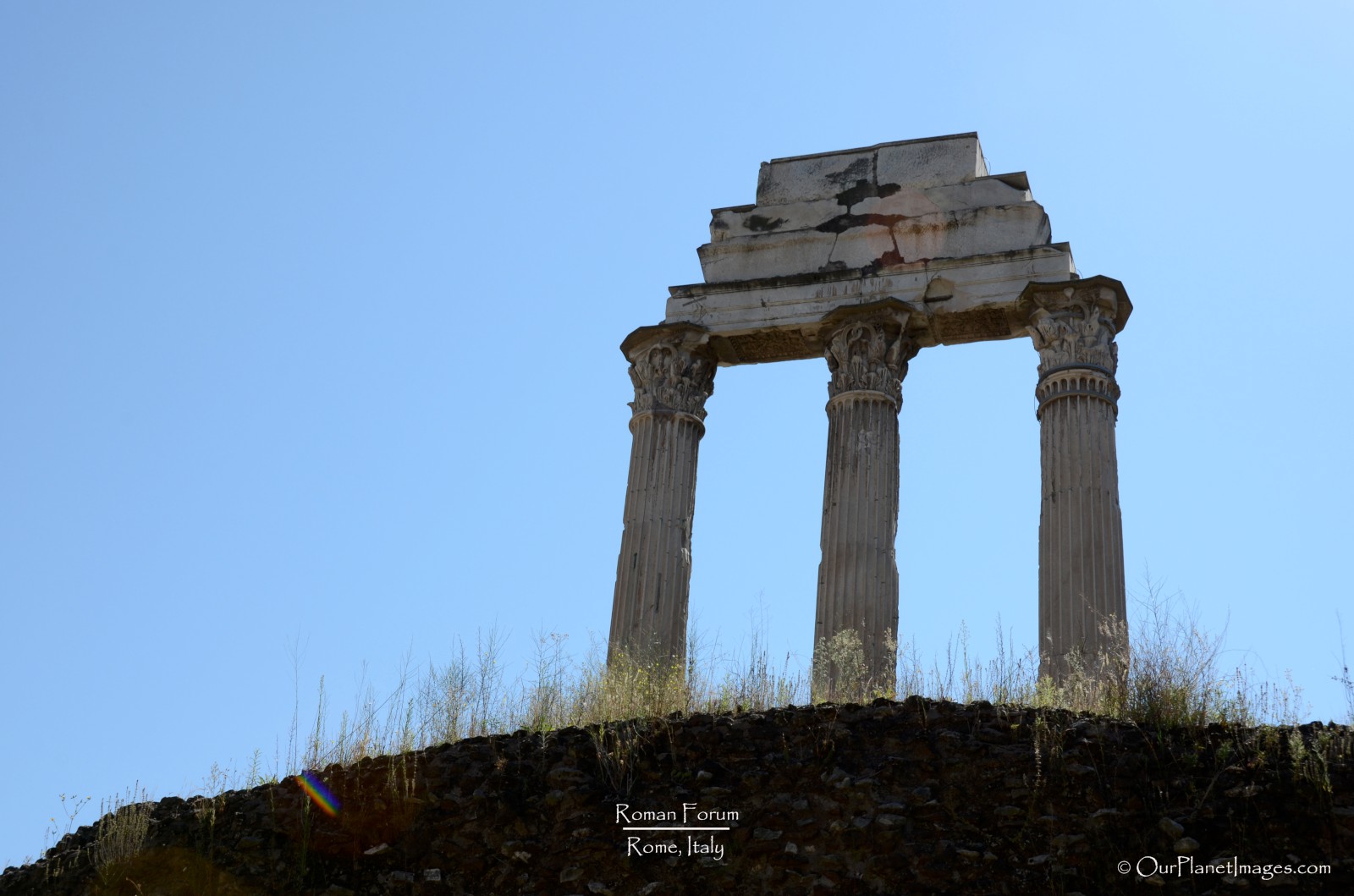 The Temple of Vesta

The Temple of Vesta was a circular temple that contained the Sacred Fire. The flame was guarded by six priestesses selected as children from the best families in Rome. On the first day of the New Year the Roman people would put out the fires in their houses and light new ones from the flame in the Temple of Vesta. Only a small portion of the temple remain and it is from between AD 193 and 211. 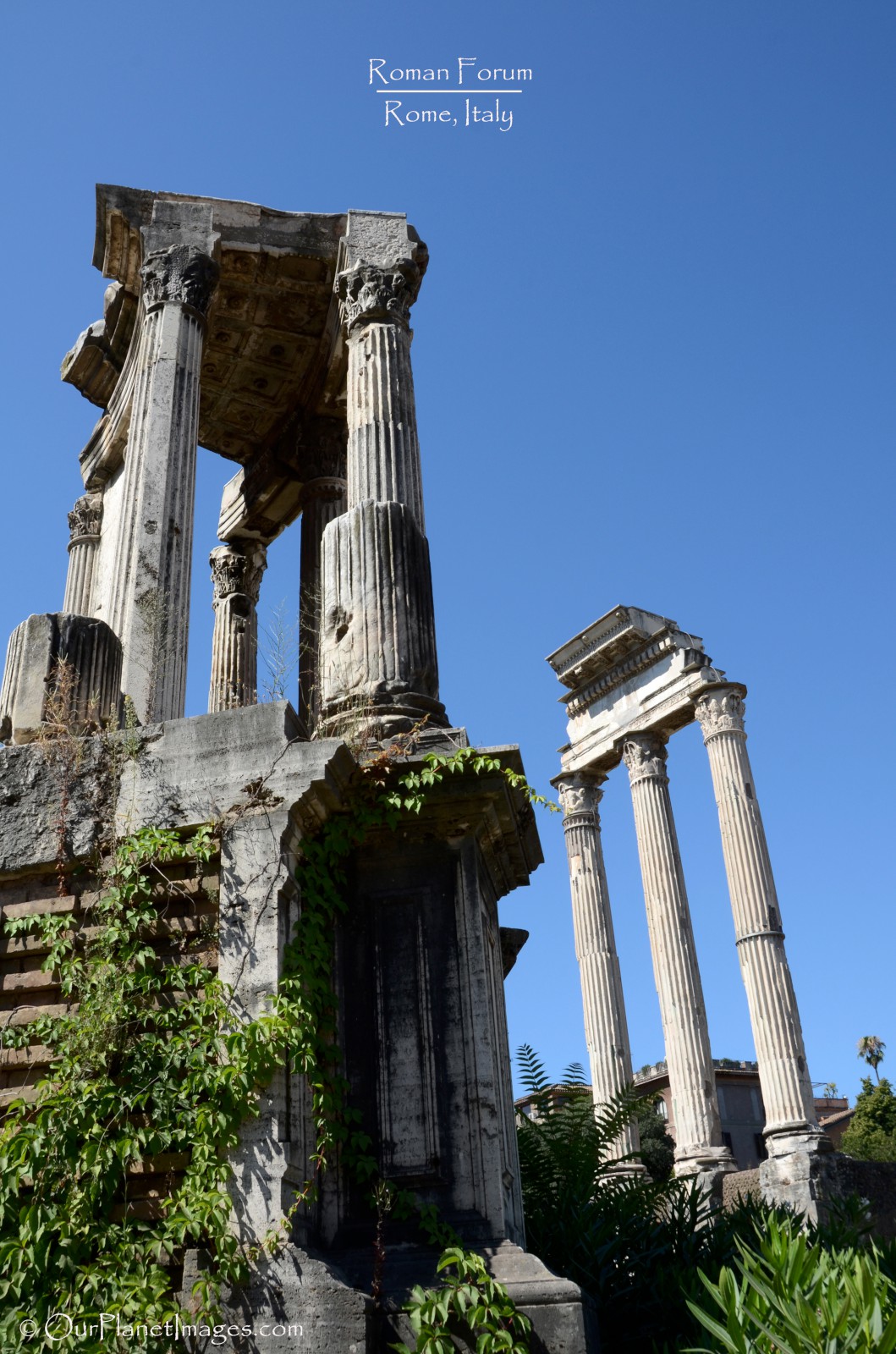 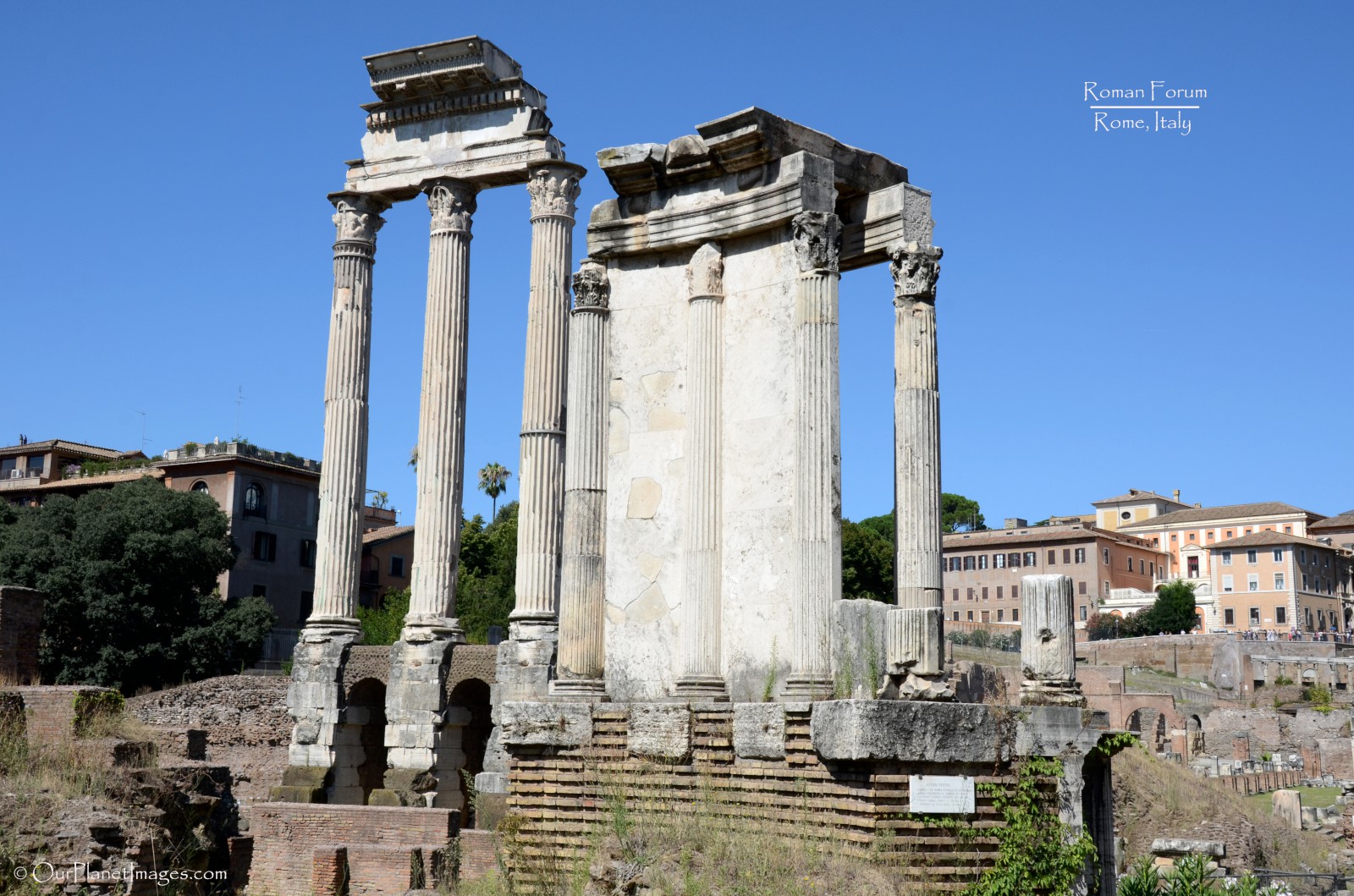 The Arch of Septimius with the Column of Phocas

The Arch of Septimius was built in 203 AD to Septimius Severus and his two sons after their victories over the Parthians (now partly Iran and Iraq). The arch is 23 meters high and 25 meters wide. It has 3 arched passages, the center arch is 12 meters high and the two side arches are 7 meters high.

The last two photos shows a single column standing 44 feet tall. It is not as part of other structure but was built as a monument in honor of the Byzantine Emperor Phocas during his visit to Rome. The column was erected in 608 AD and originally had a golden statue of Phocas on top of the column. 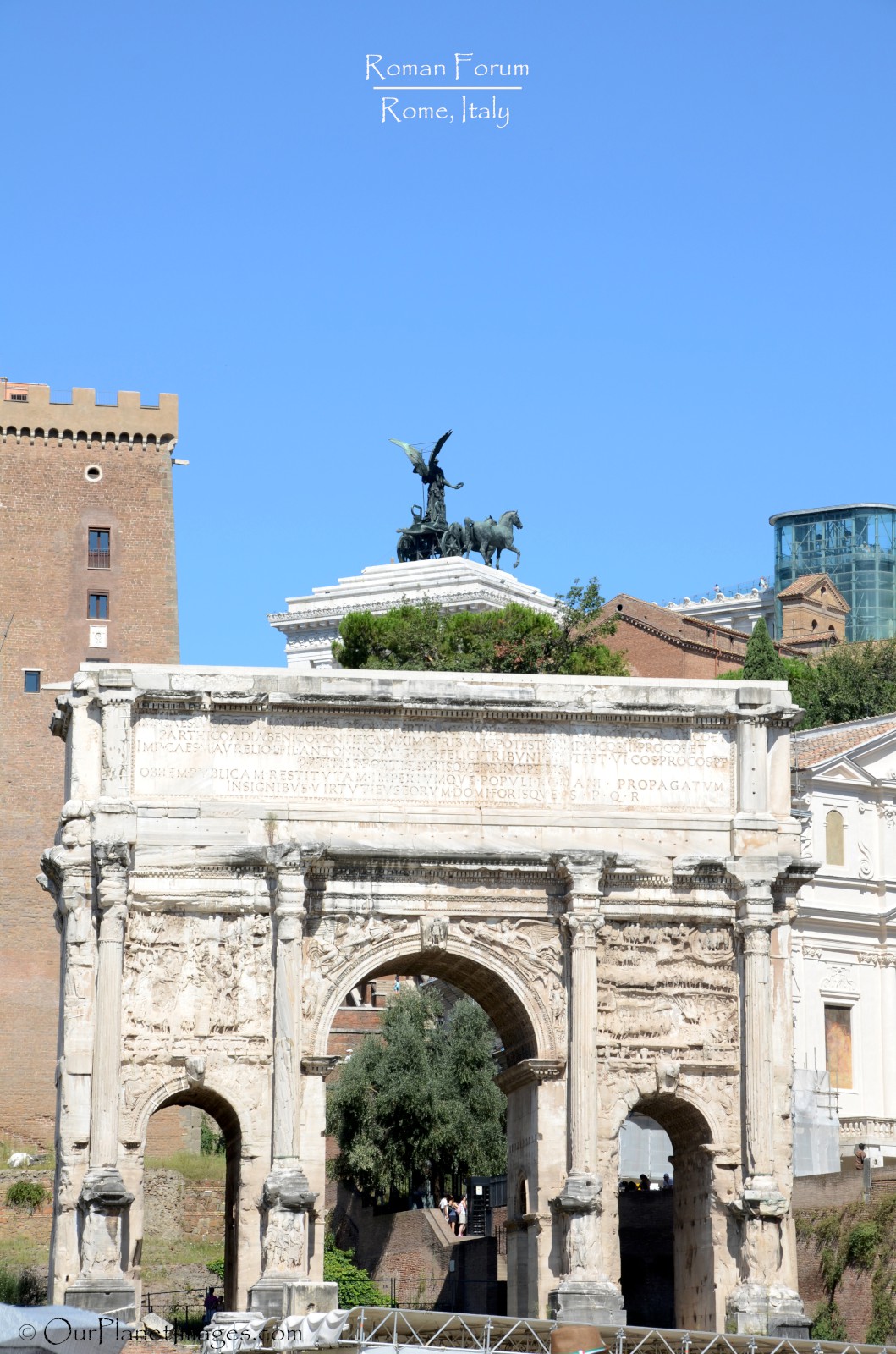 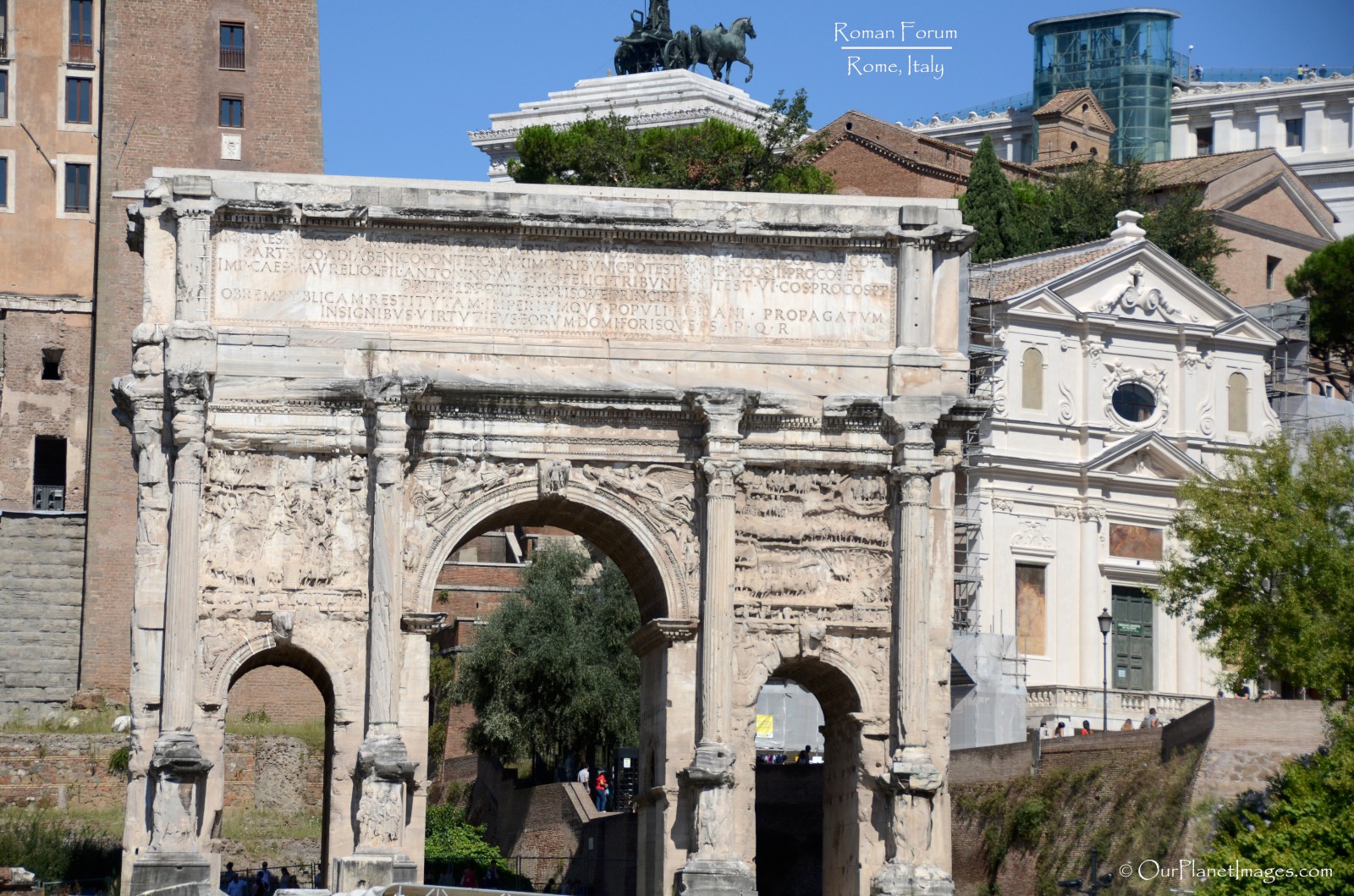 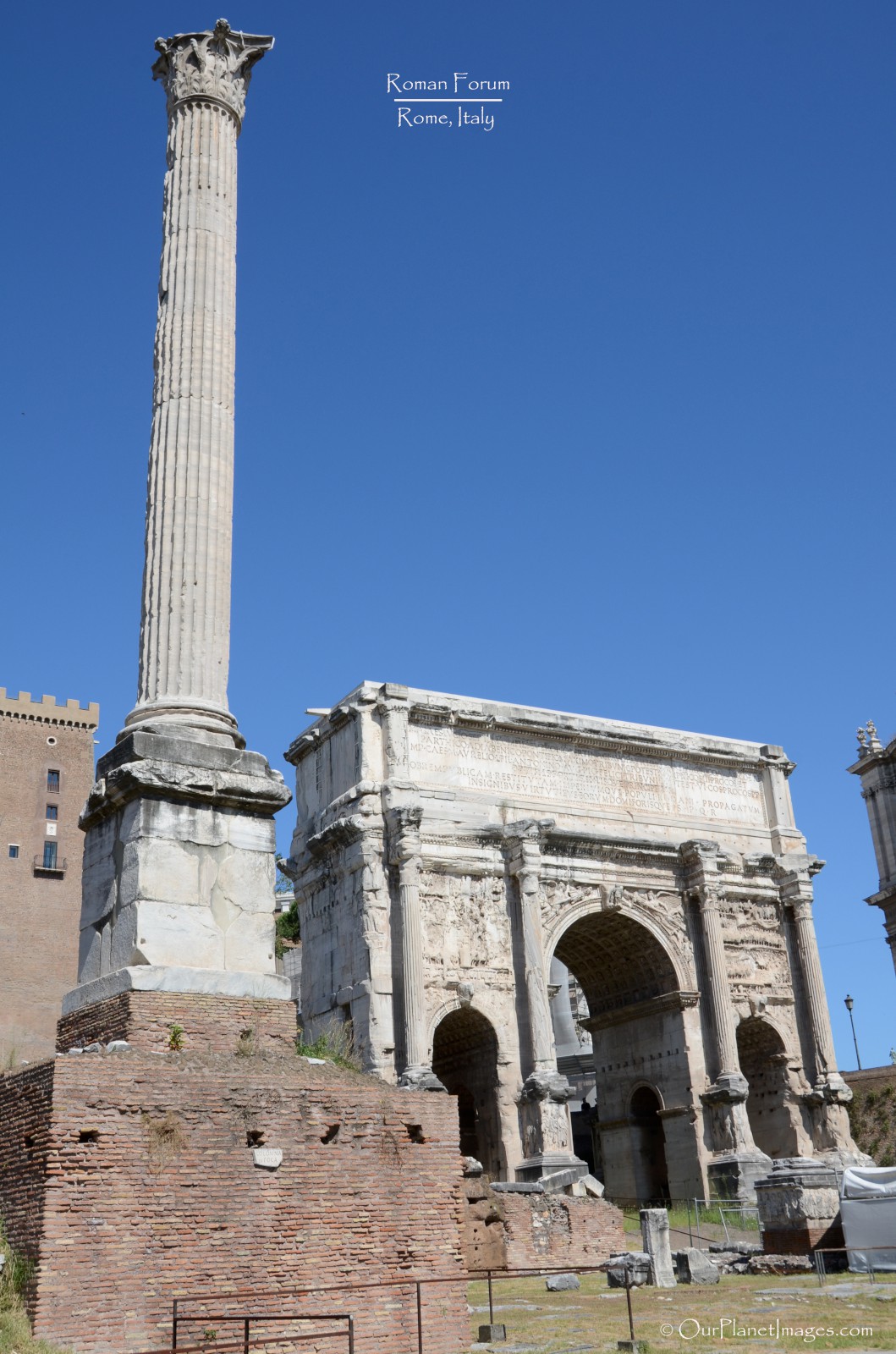 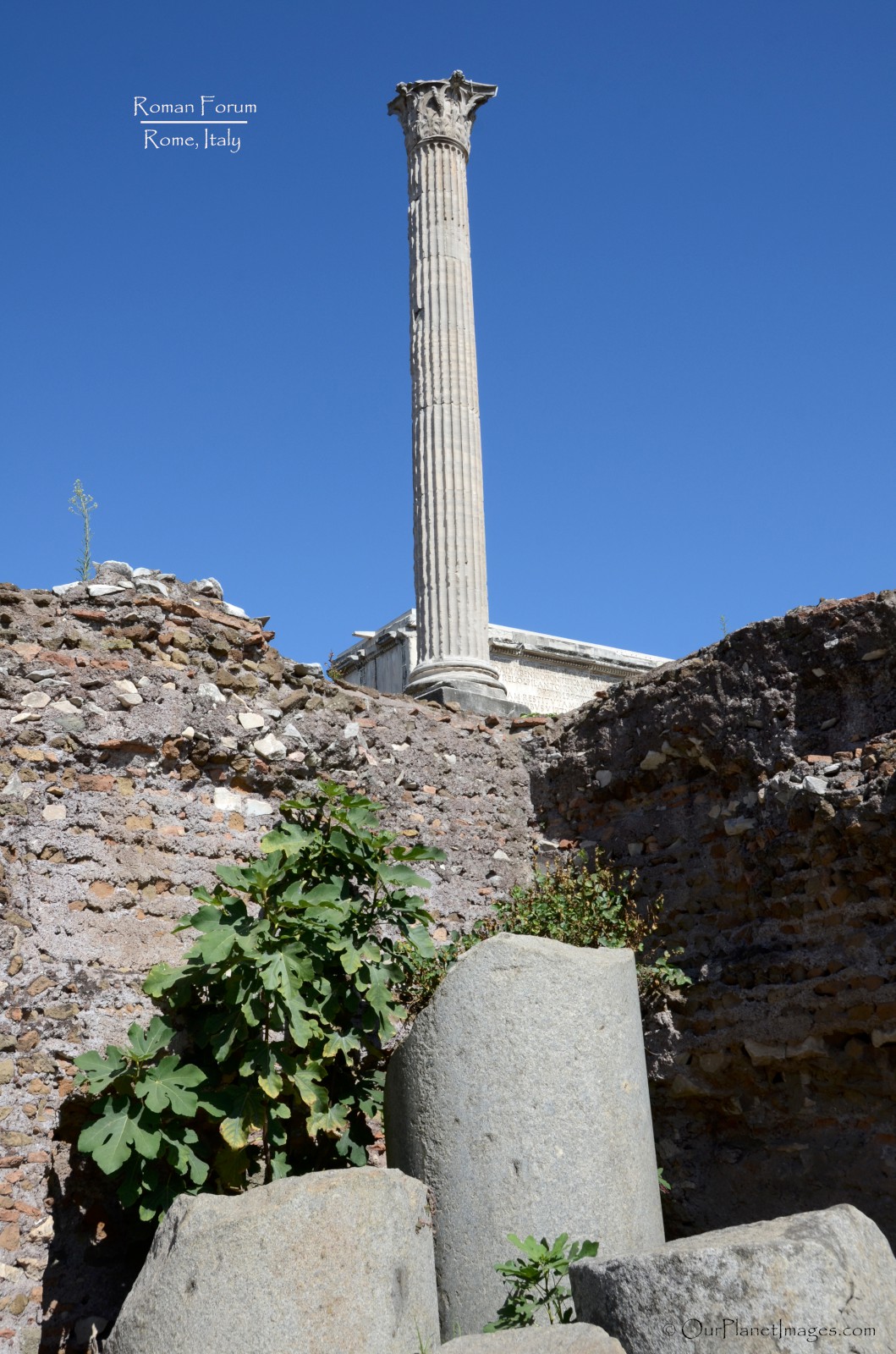