The Pantheon is one of the best preserved monuments remaining from ancient Rome. It was completed between 126 and 128 A.D. during the reign of Emperor Hadrian. The name “Pantheon” is derived from the Greek words “pan” meaning “all” and “theos” meaning “gods” so the meaning of the name Pantheon is “all gods”.

In front of the Pantheon is the Piazza della Rotonda that features the “Fountain of the Pantheon”. The fountain was built in 1711 and has the obelisk of Ramses II in the center with a cross on top. 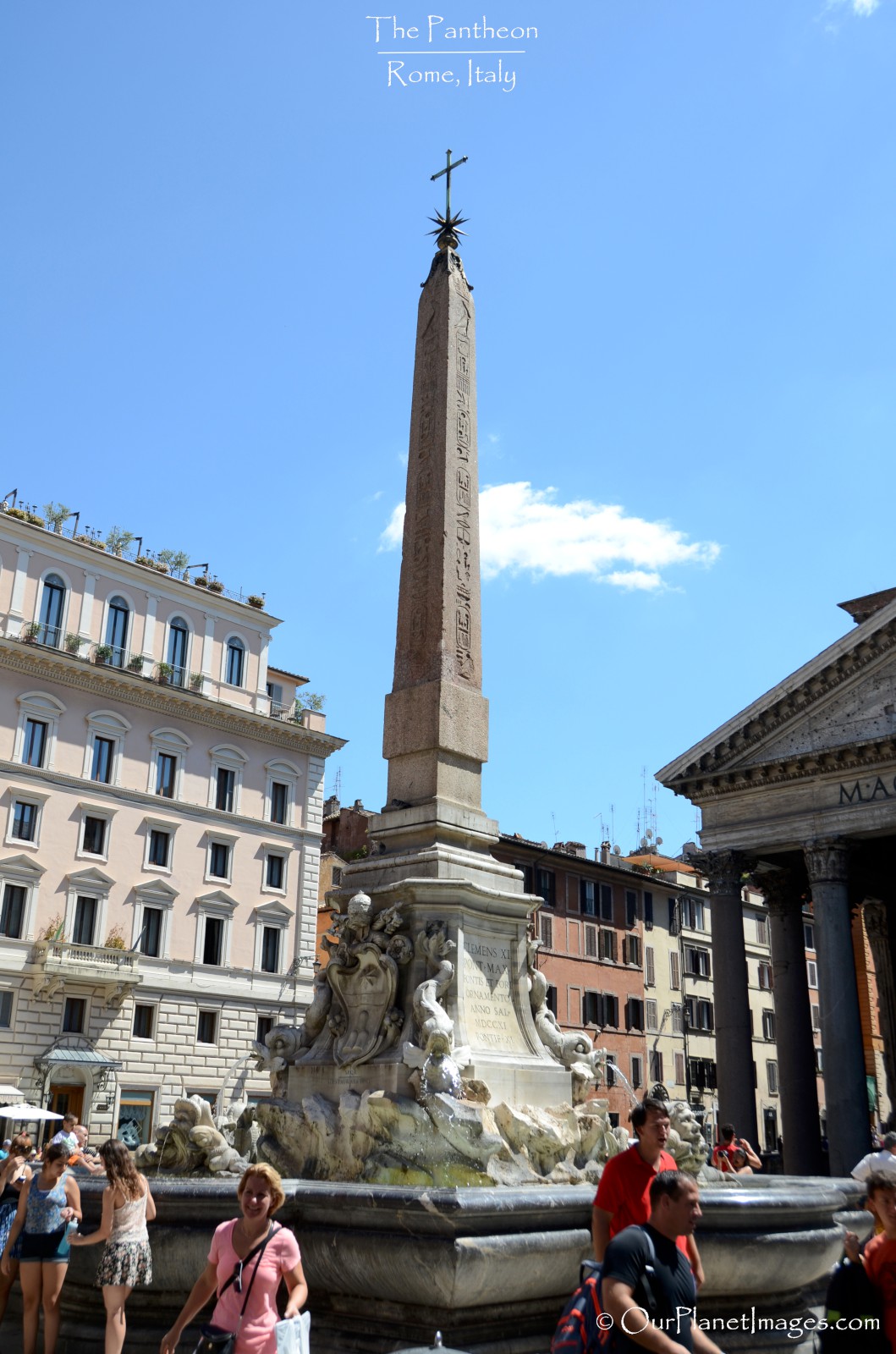 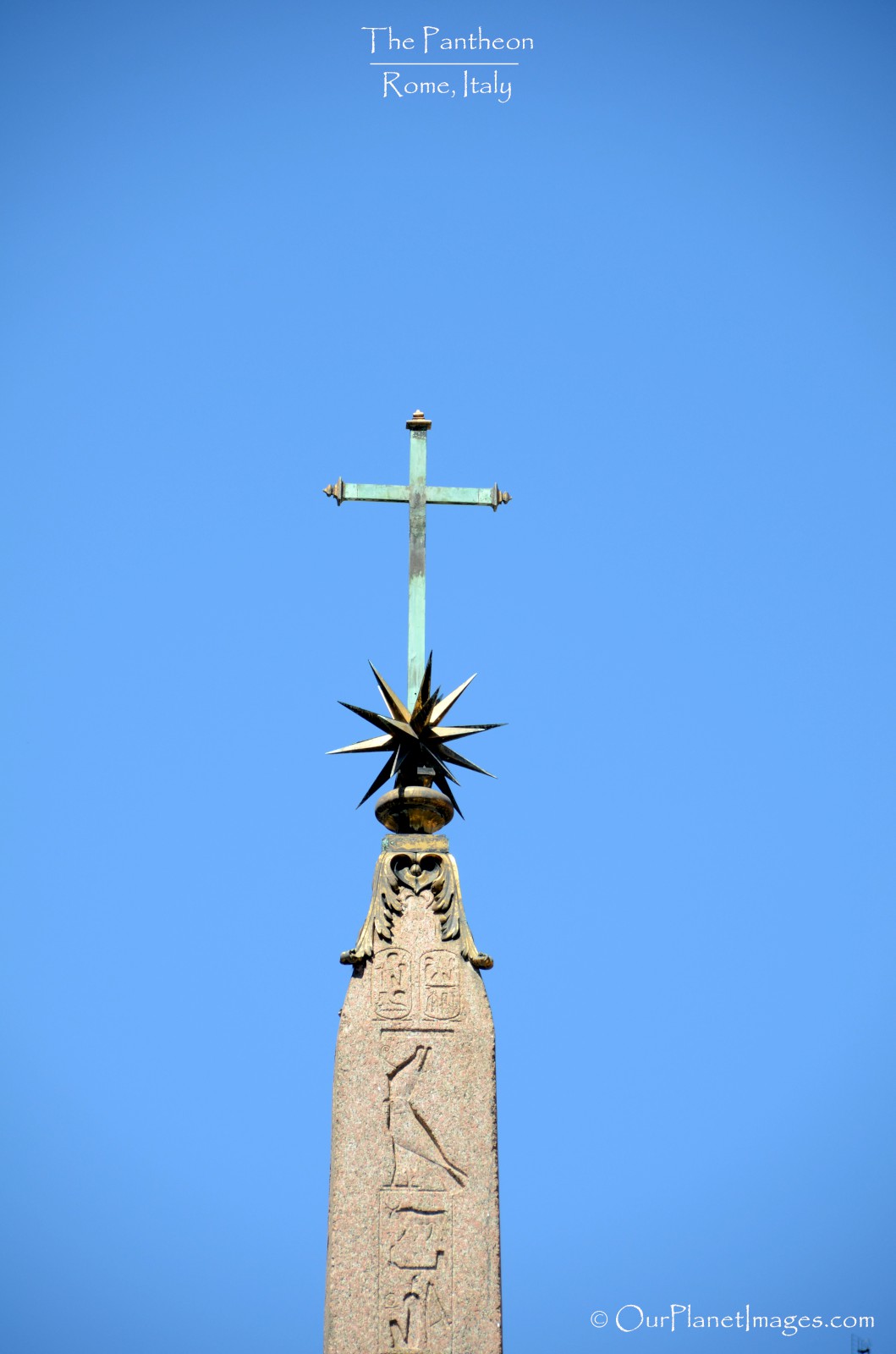 The entrance into the Pantheon is through a portico which is supported by 16 massive columns each weighing 60 tons. The columns are 39 feet tall, 5 feet in diameter and were brought from Egypt.

The front of the portico is triangle shaped with the inscription “M•AGRIPPA•L•F•COS•TERTIUM•FECIT” meaning “It was built by Marcos Agrippa in his third consulate”. 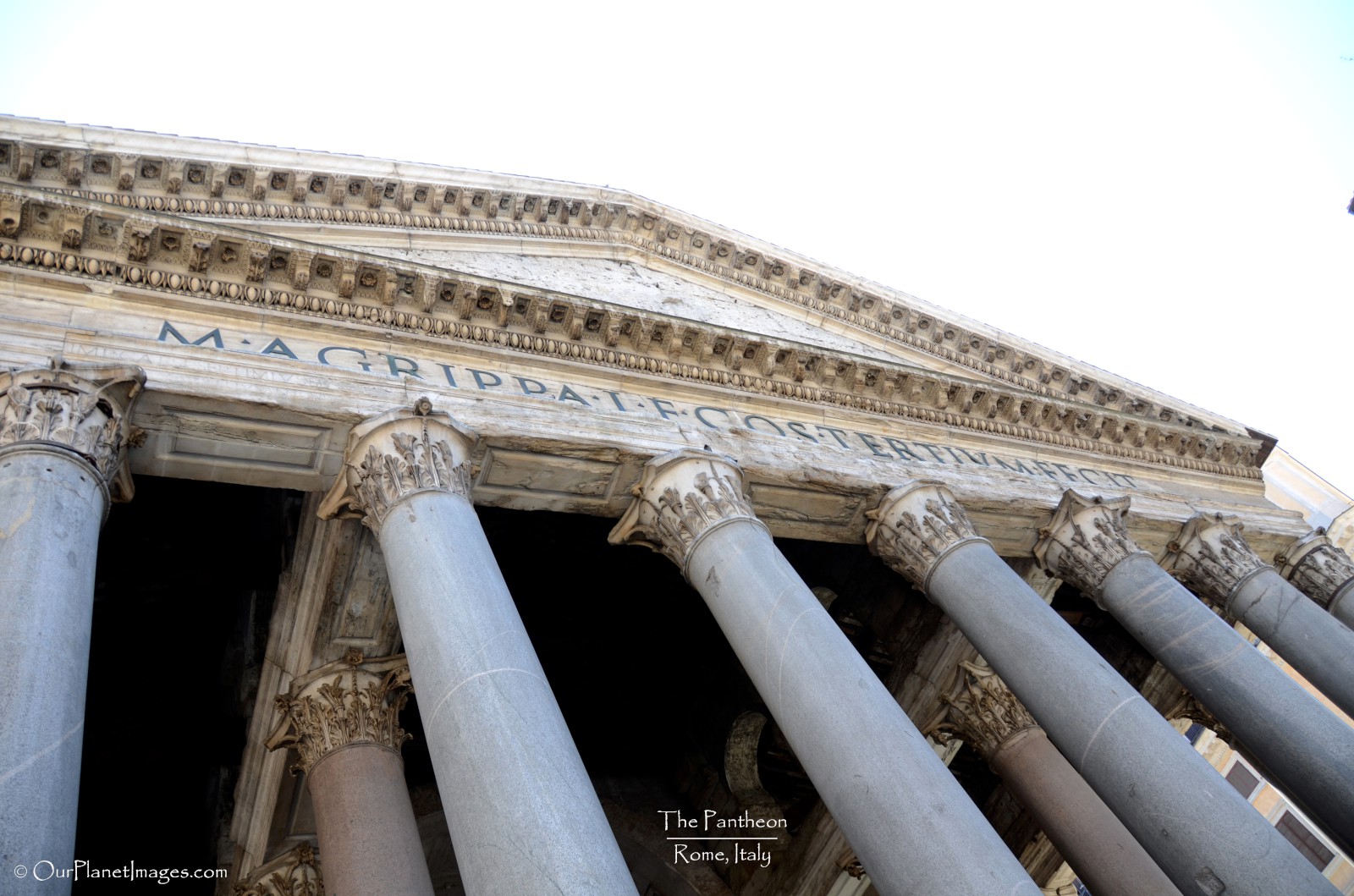 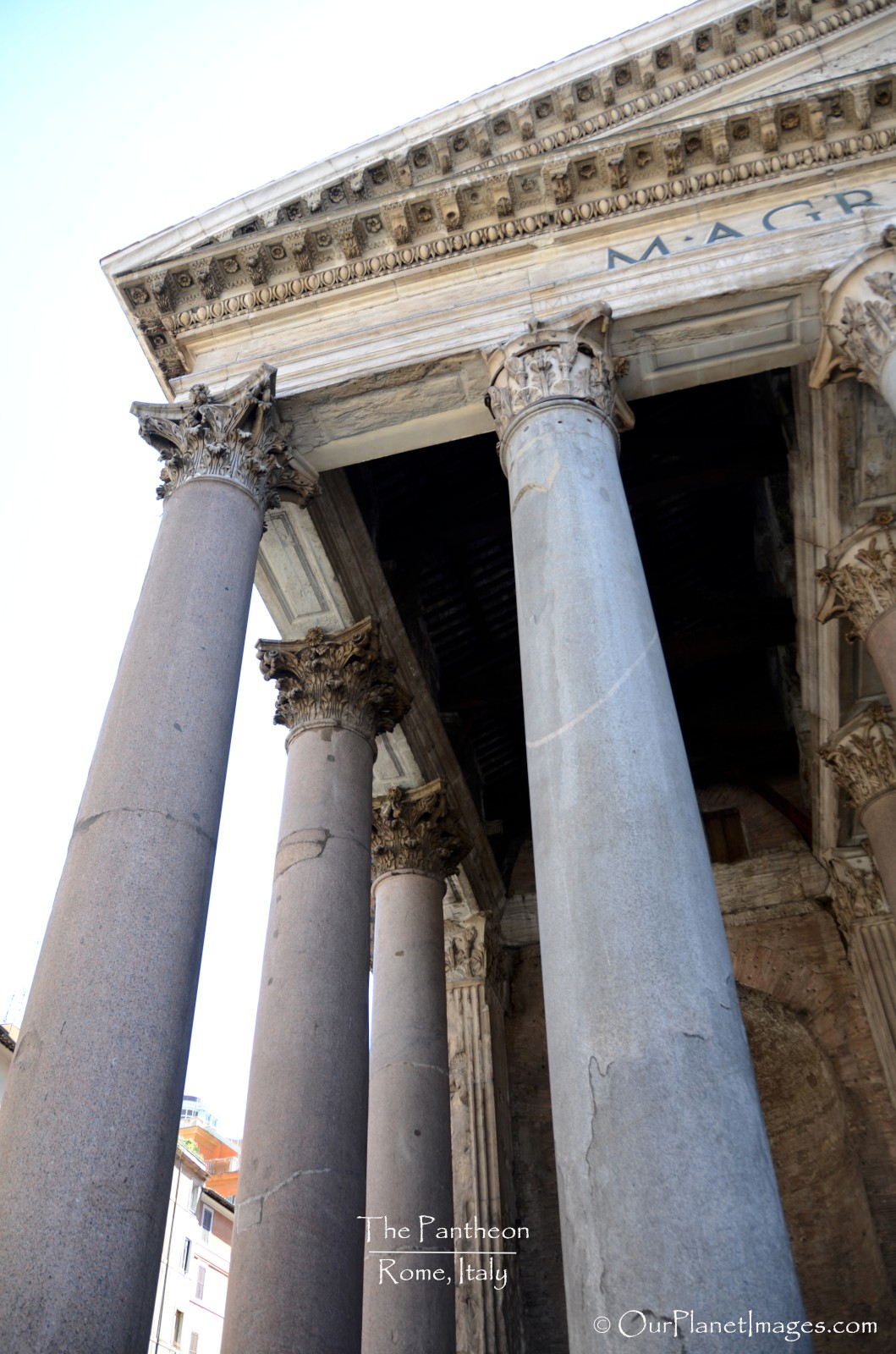 The main feature of the Pantheon is the rotunda with a massive domed ceiling that was the largest of its kind when it was build. The dome measures 142 feet in diameter and is highlighted with five rings of 28 rectangular boxes that are receding into the ceiling.

In the top of the dome is its famous hole which is known as the eye of the Pantheon. The hole is 27 feet in diameter and has no covering. The hole is the only source of light but it also let in rain and other weather into the Pantheon.

The photos below show the light penetrating into the otherwise dark building and the light landing on the inside wall. 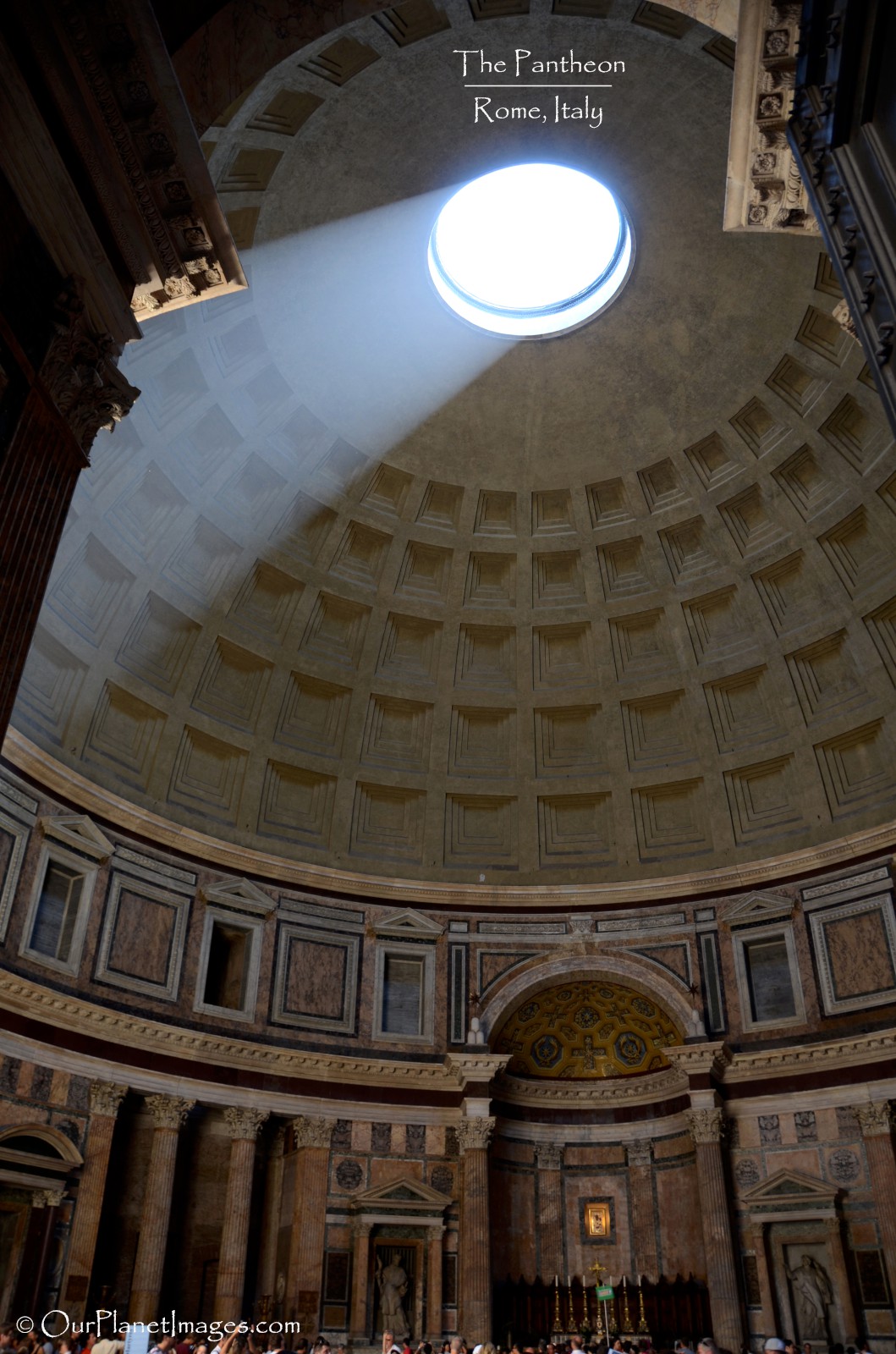 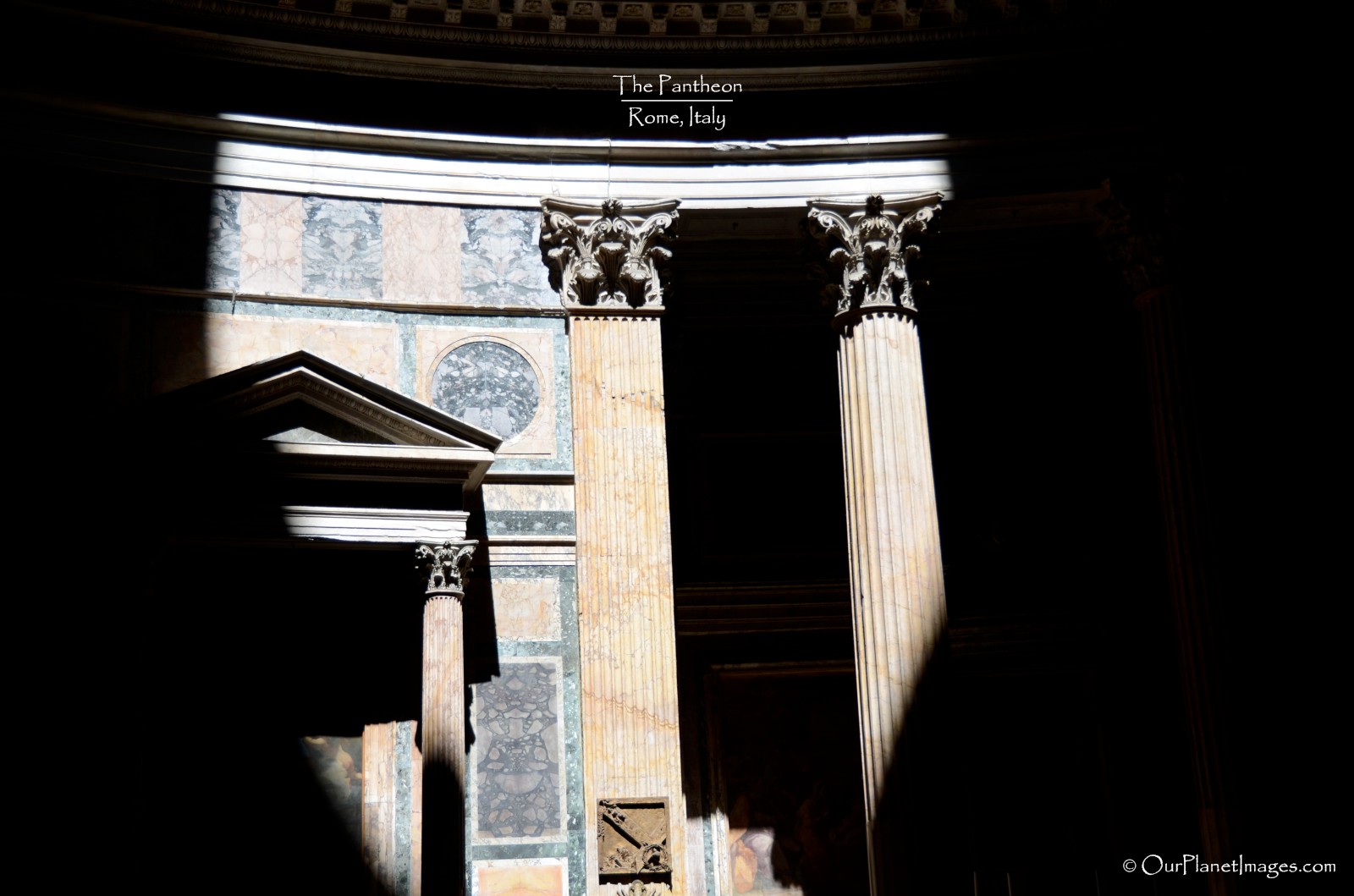 In 609 A.D. Pope Boniface IV was allowed to convert the Pantheon into a Christian church. Today, it is a world famous tourist attraction but it is still a functioning church. 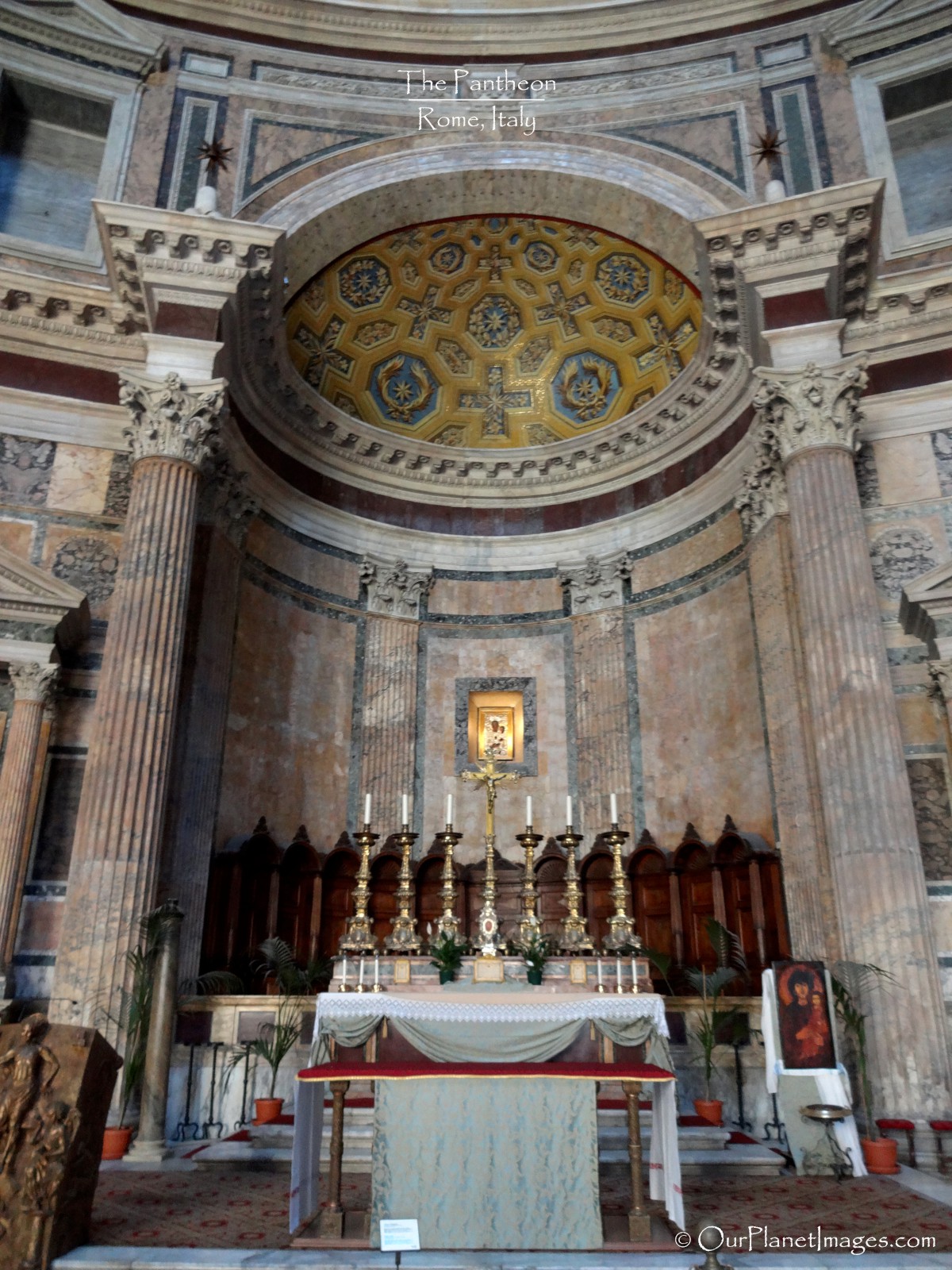 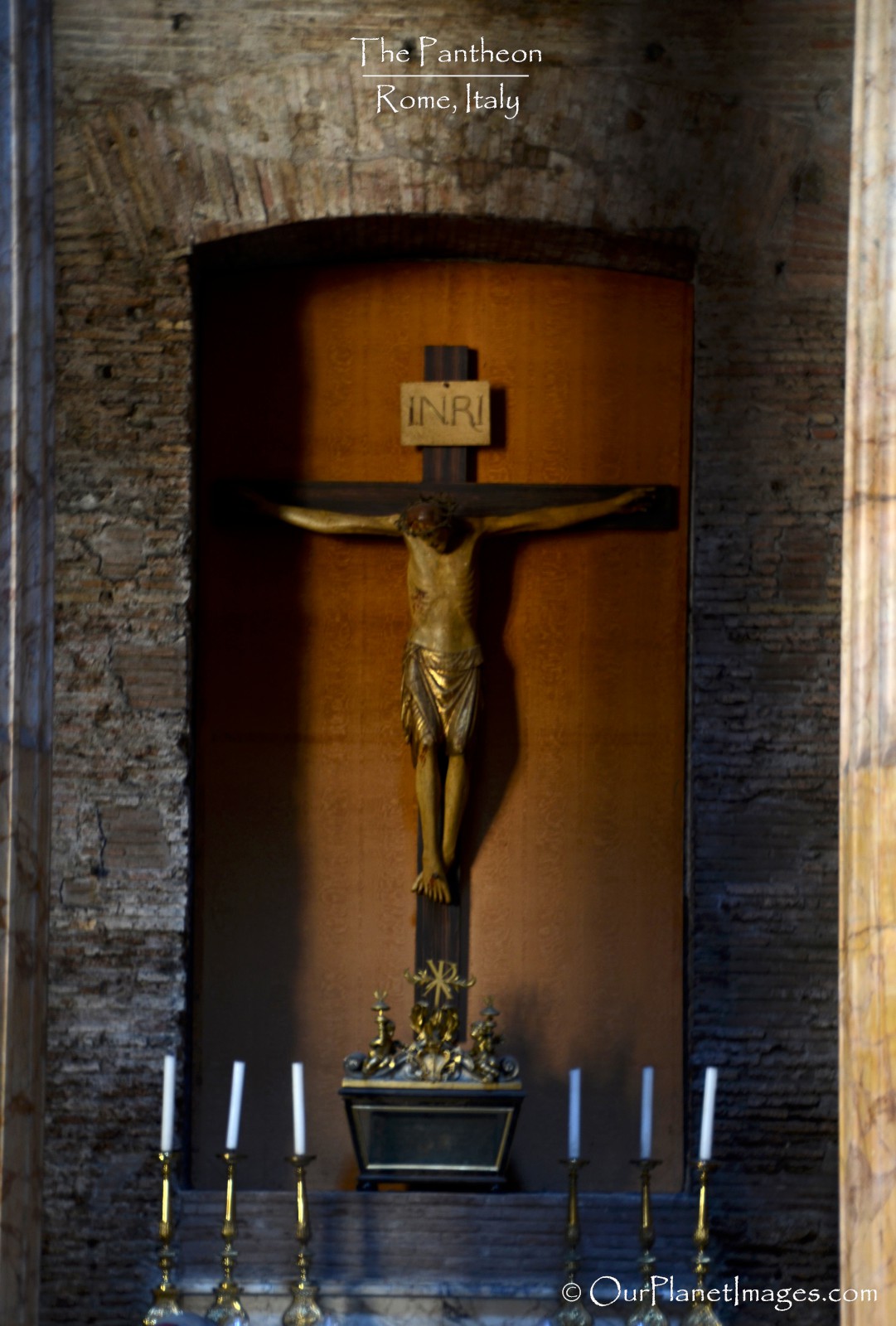 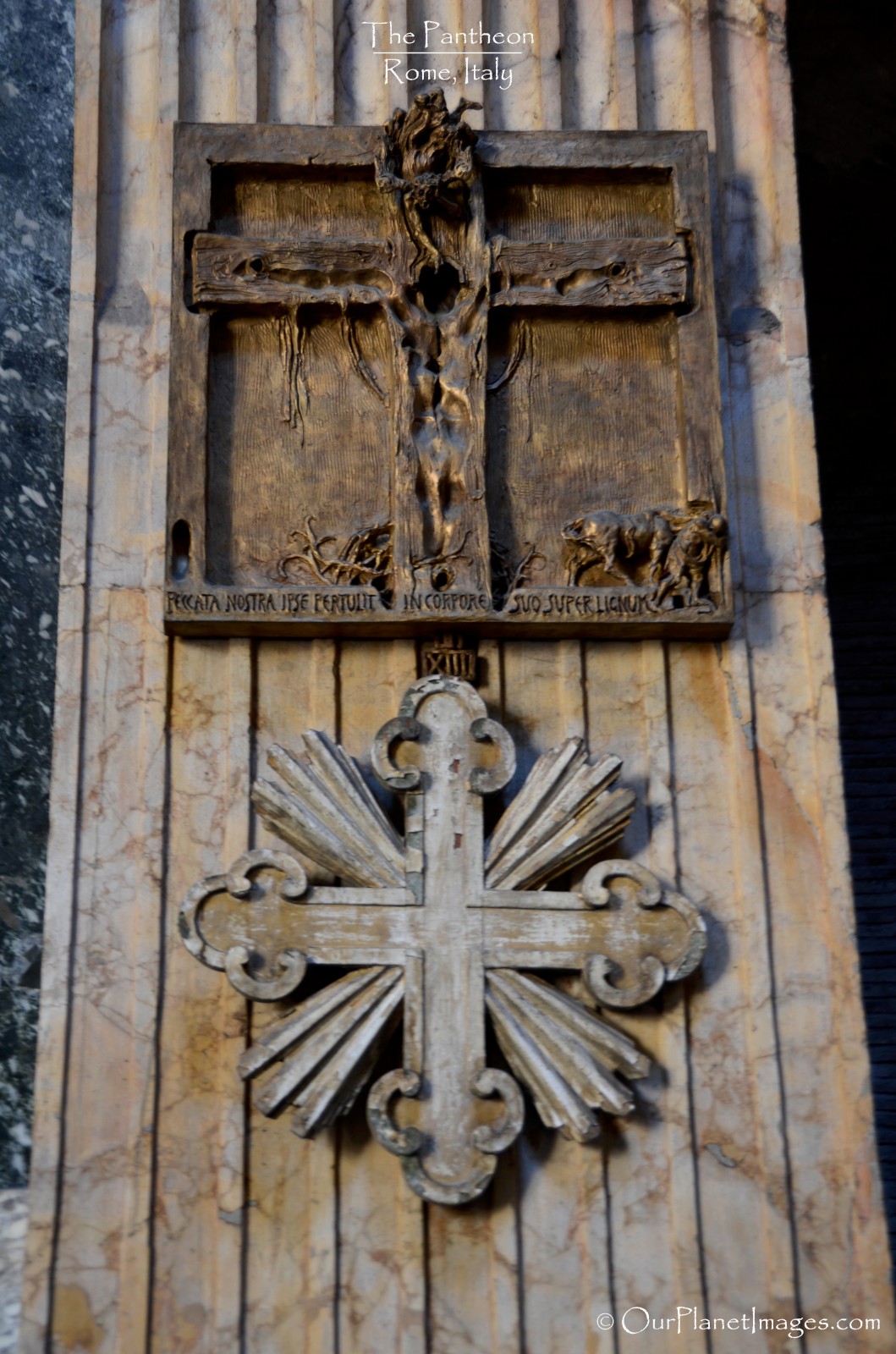 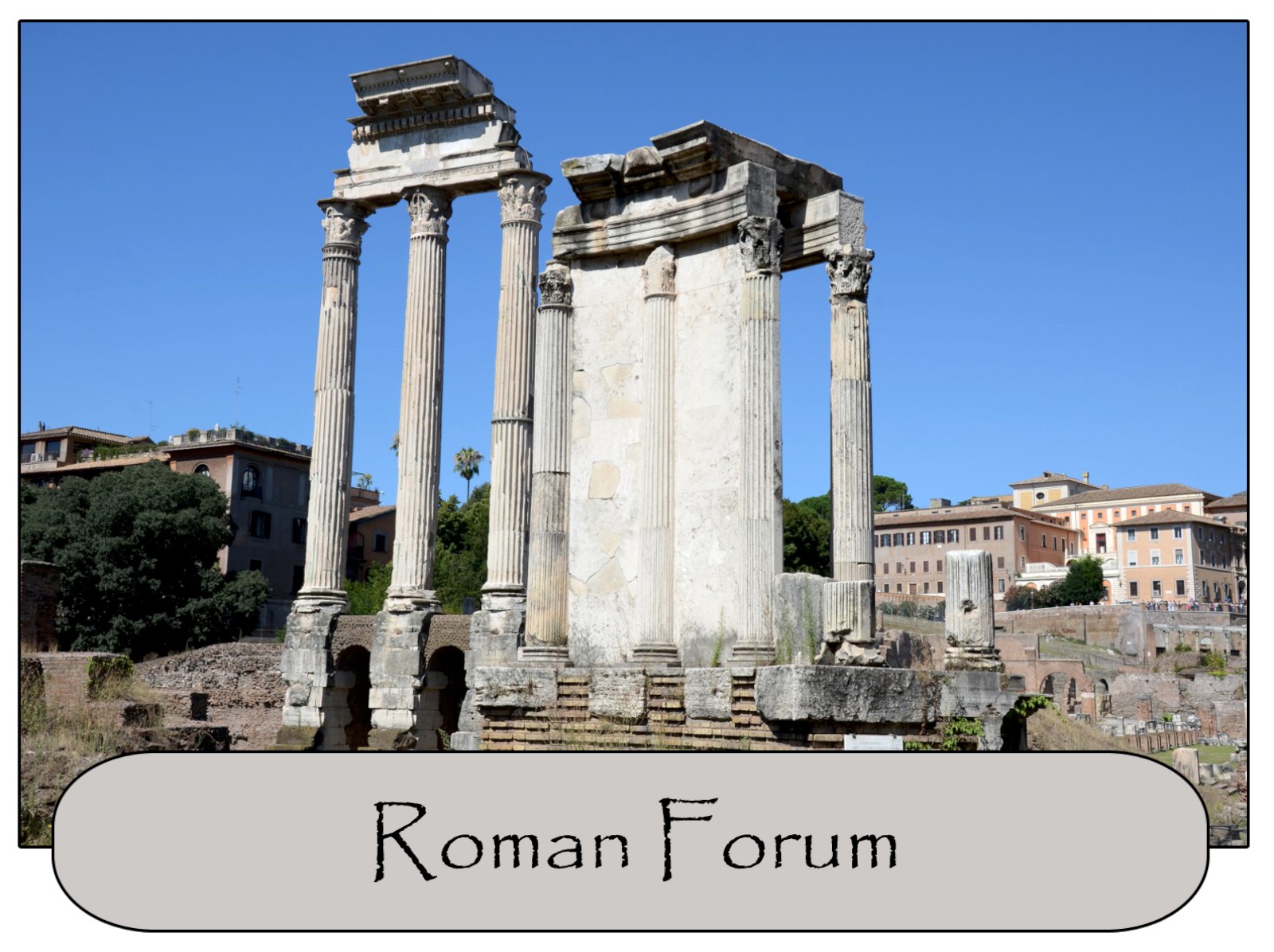 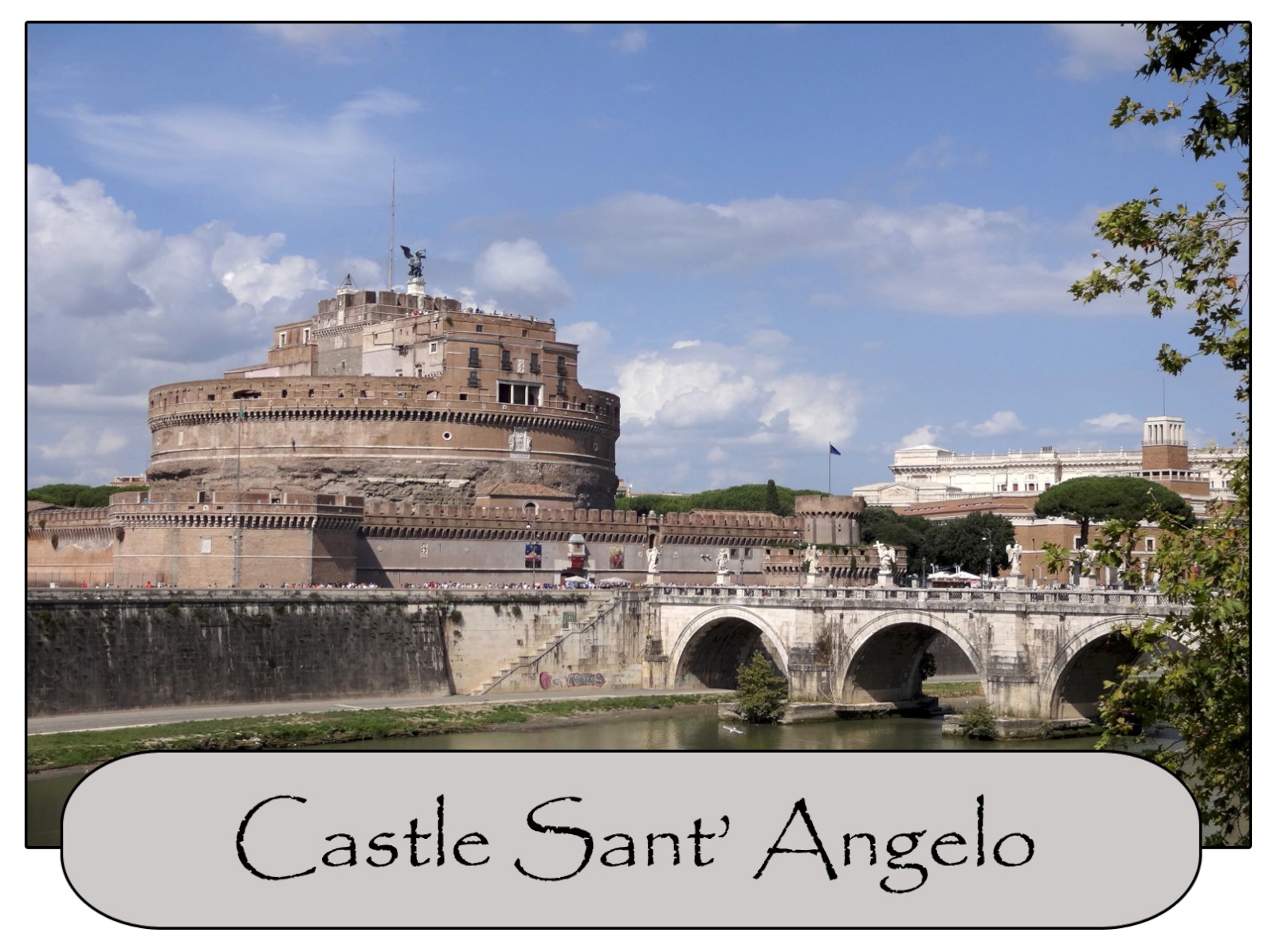