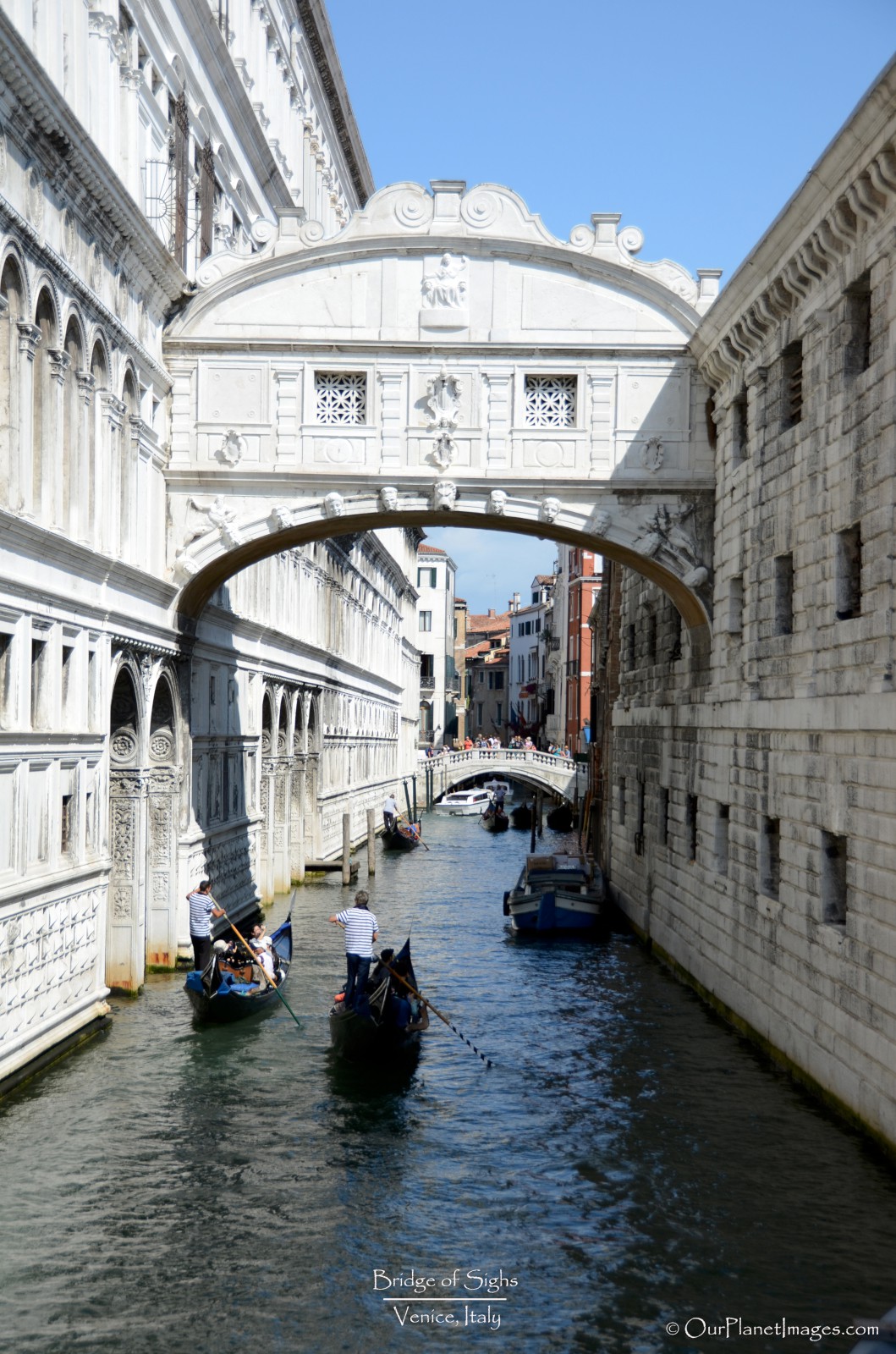 The most famous bridge in Venice is the Bridge of Sighs. The bridge connects the court rooms in the Doge’s Palace to the prison directly across the canal. The bridge is said to have gotten its name from convicts that were entering the prison. When convicted prisoners crossed the bridge on their way to prison they would “sigh” as they looked through the small holes in the windows of the bridge, believing that they were probably catching their last glimpse of the outside world. The photos below are of the Bridge of Sighs and the view that the prisoners would see through the small holes in the window. 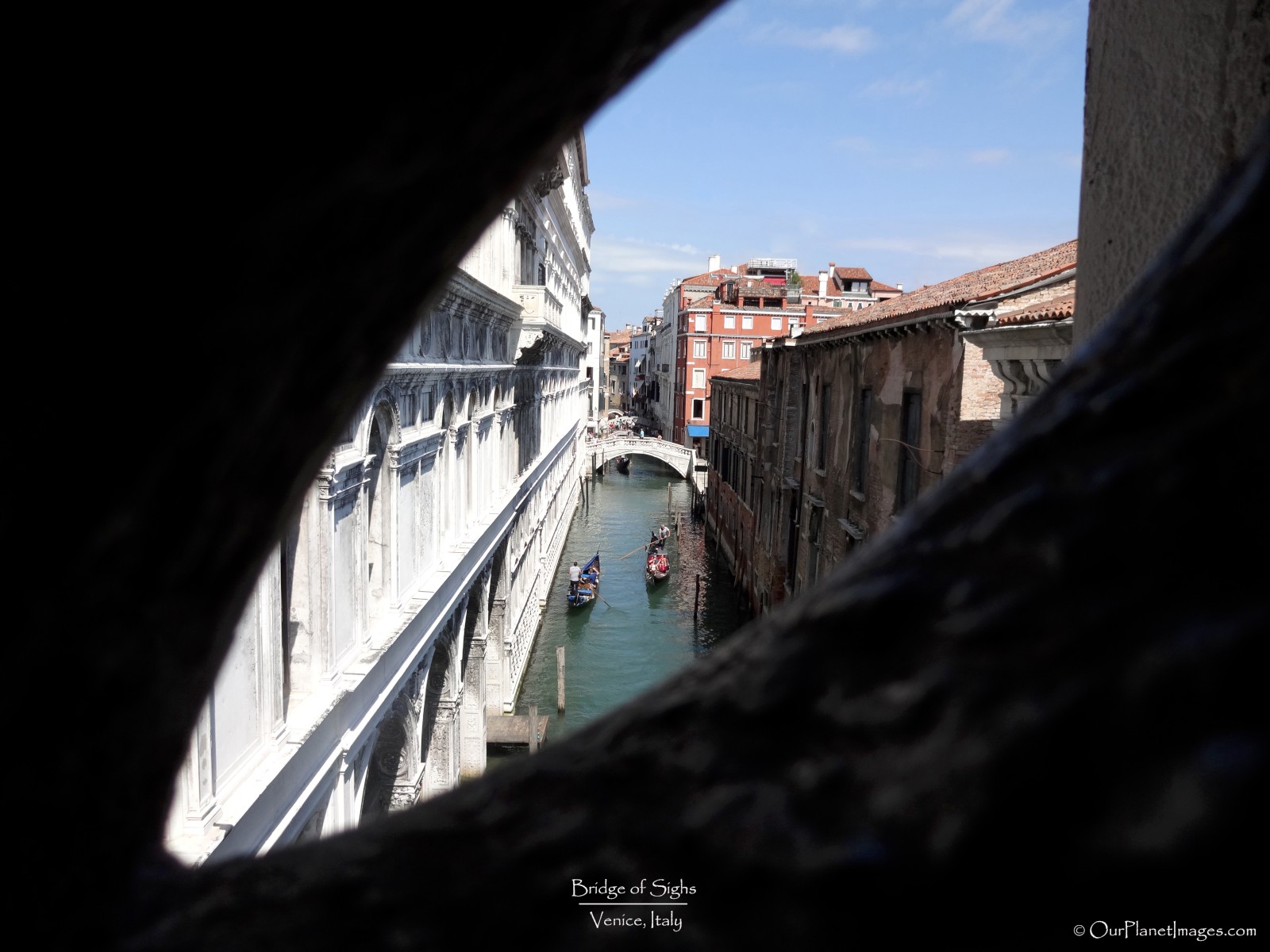 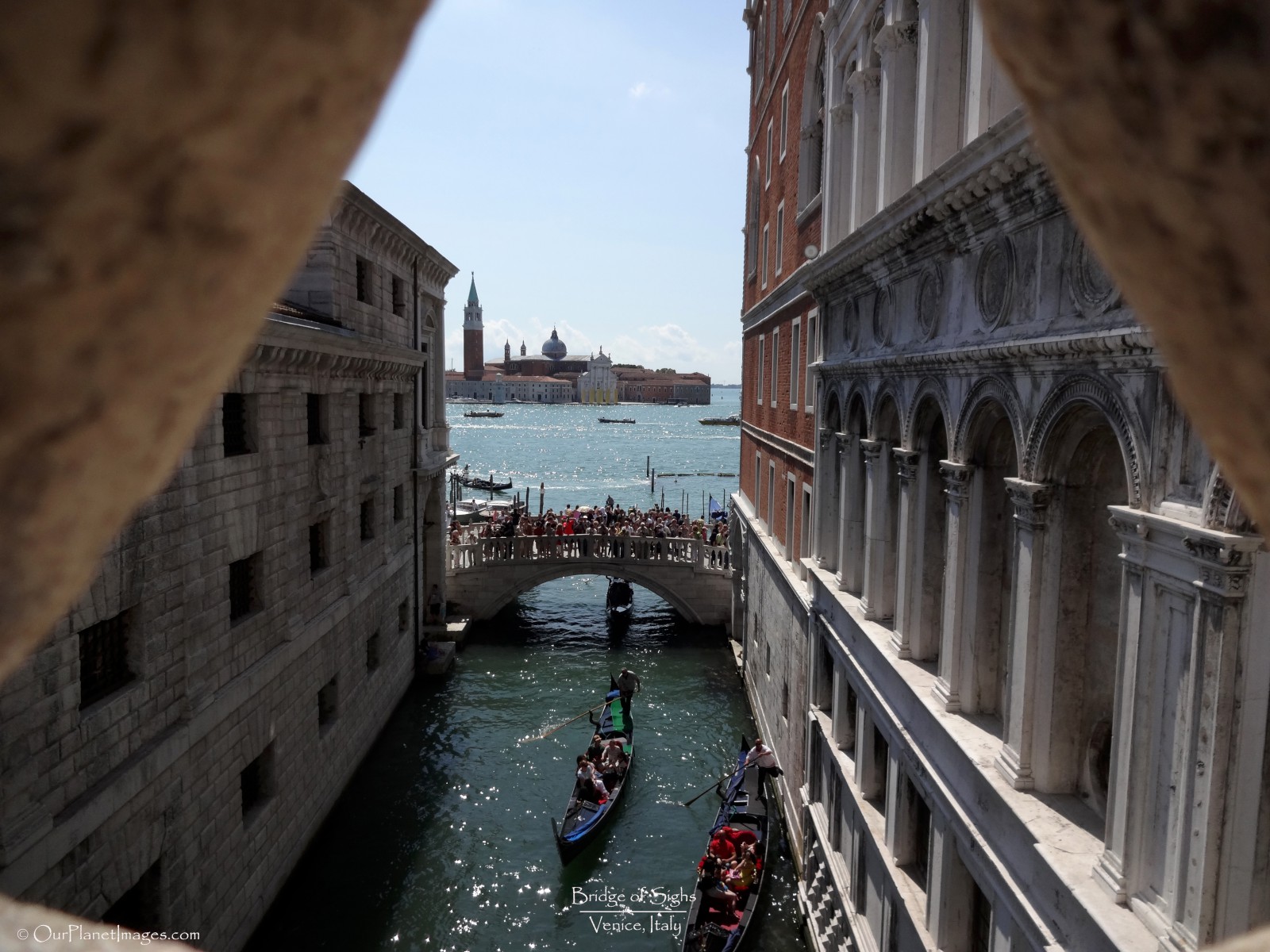 From the outside, you would never know that the bridge had such a gloomy reputation. On the outside the bridge is a beautiful archway that makes for pretty passage way for gondolas and other boats to go under as they leave the Grand Canal and enter the smaller canals of the city. 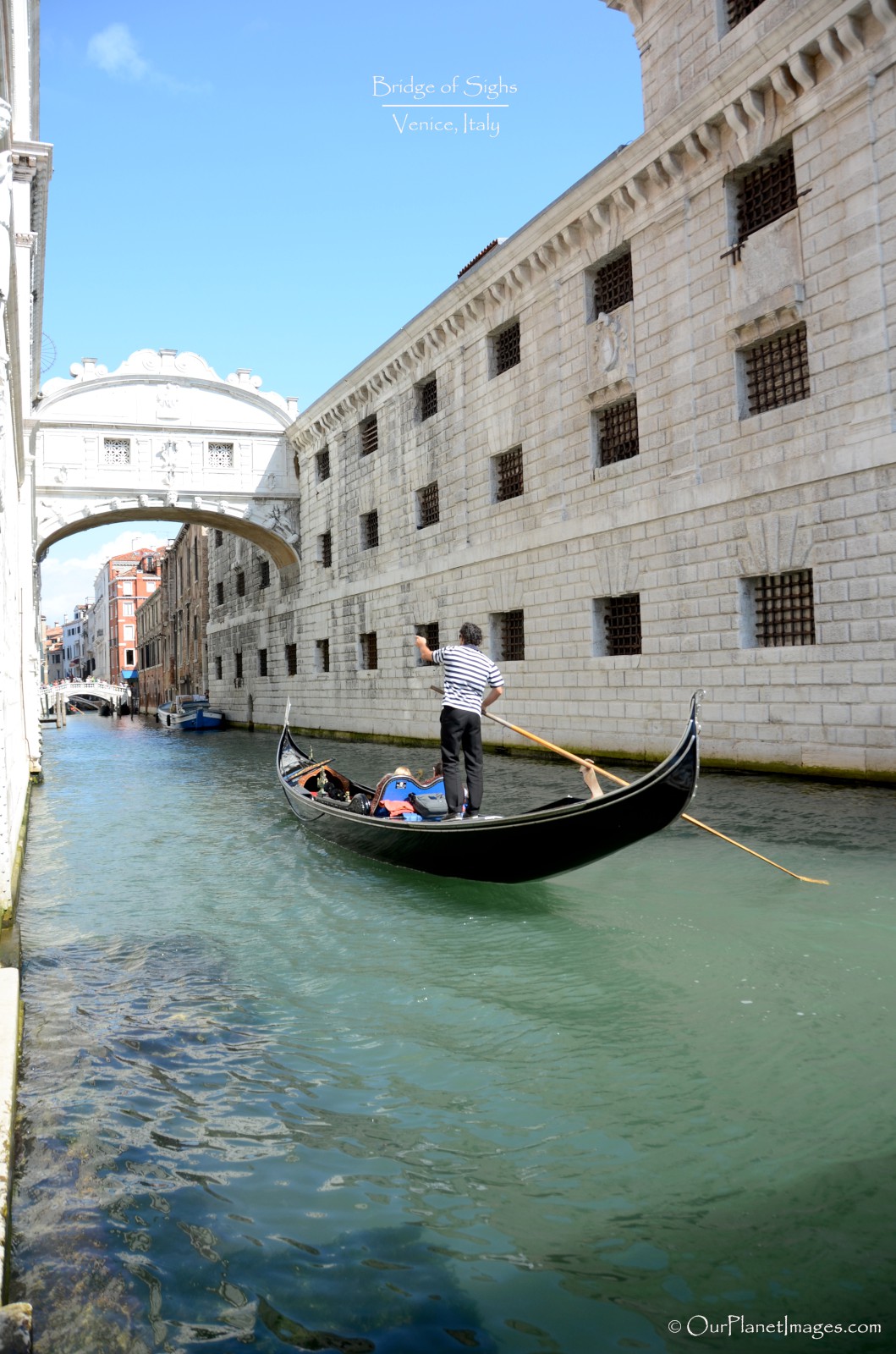 If you ever have the chance to pass under the Bridge of Sighs in a gondola, try not to think about the history of the structures around you. Instead, sit back and enjoy a beautiful ride through a beautiful city.

7 thoughts on “Bridge of Sighs – Italy”